Sunghee Kim Is the “Life of the Party” by Ed Singleton for W Magazine, December 2015

Sunghee Kim is the “Life of the Party” by Ed Singleton for W Magazine, December 2015. Kissing the season goodbye, Kim captures the tone of the city with images the speak to welcoming a New Year. Each shot celebrates the agony of leaving yesterday behind while honoring the promise of a new day. Stylist, Karolina Frechowicz, uses style as a language with ferocious fashions that speak extra chic. Fabric clings to the skin as each outfit echoes the art of the body. Colorful cloth captures every curve with dynamic designs from Lanvin, Nicopanda, Gucci, Philipp Plein, Vera Wang, Moschino, Gypsy Sport, Polo Ralph Lauren, Marc Jacobs, Giuseppe Zanotti, N° 21, and Dsquared2. The heart of hope sings out as Laura Stiassni uses makeup as a call to arms. Avant-garde excess floods the page with aqua marine covering the entire lid, as black barricades itself around the eye lashing out like a meteor in flight. Going way outta bounds, neon-blue washes color up and around the brows, giving the illusion of a masque. Beauty becomes as each image looks as if it may fly away in a fiery fury. Played down in honor of the eyes, the liquid shadow combinations are so enticing they compel us to ignore the rest of the face. Soft powder and skin-toned lips even out the pallor, allowing us to focus only on the orbital area. Sirsa Ponciano captures the chaos of the story by inviting her hair to follow suit. A 70’s inspired fiesta is in full swing, from a tattooed body suit covered with chiffon to a silk-kimono floral garment and a long, purple/gold robe-dress. Standing in a doorway with an open ensemble albeit a few buttons in the center of the torso, Kim’s pose speaks to the possibilities of tomorrow. Saying goodbye to 2015, her eyes give away just a hint of ache as each picture plays with the idea of excitability. 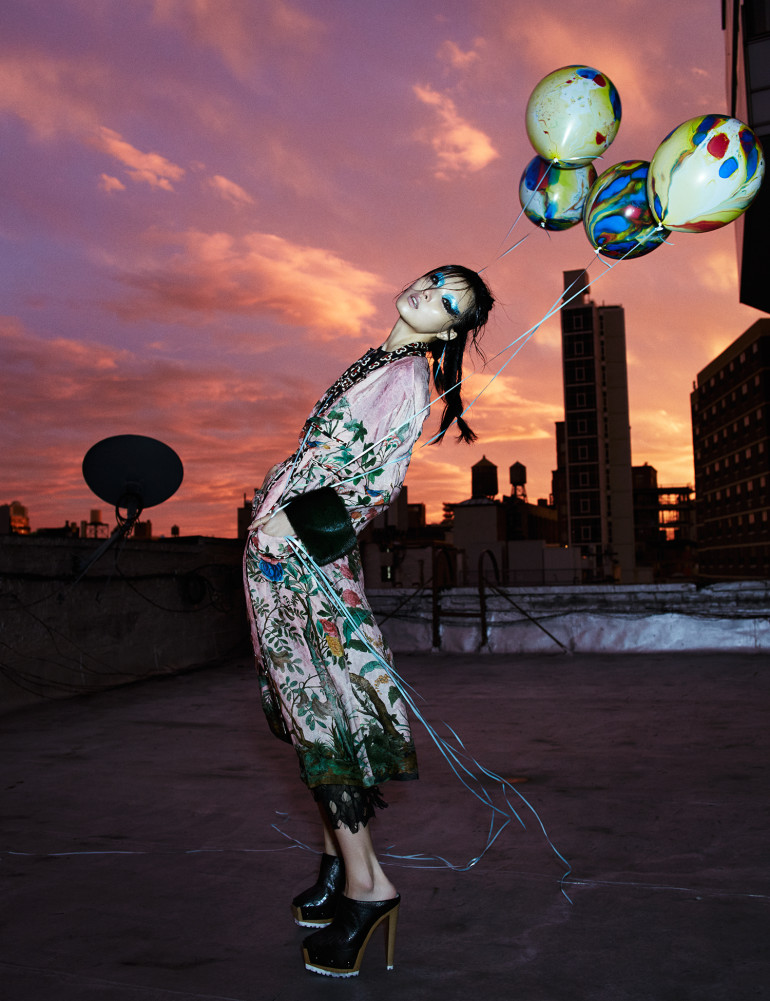 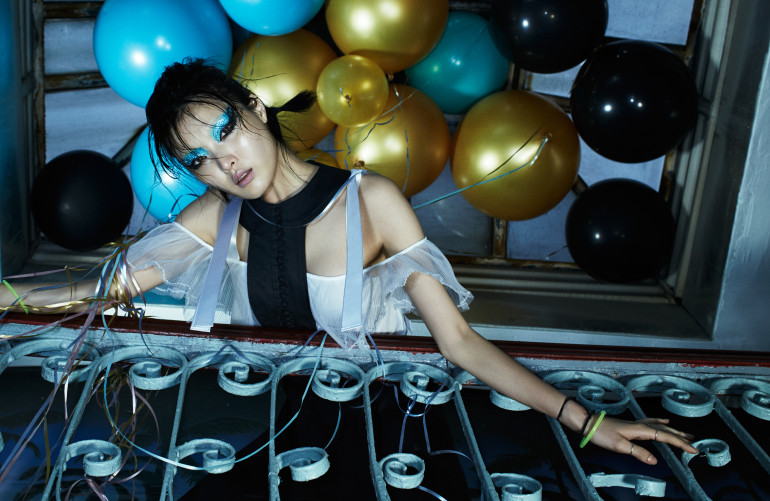 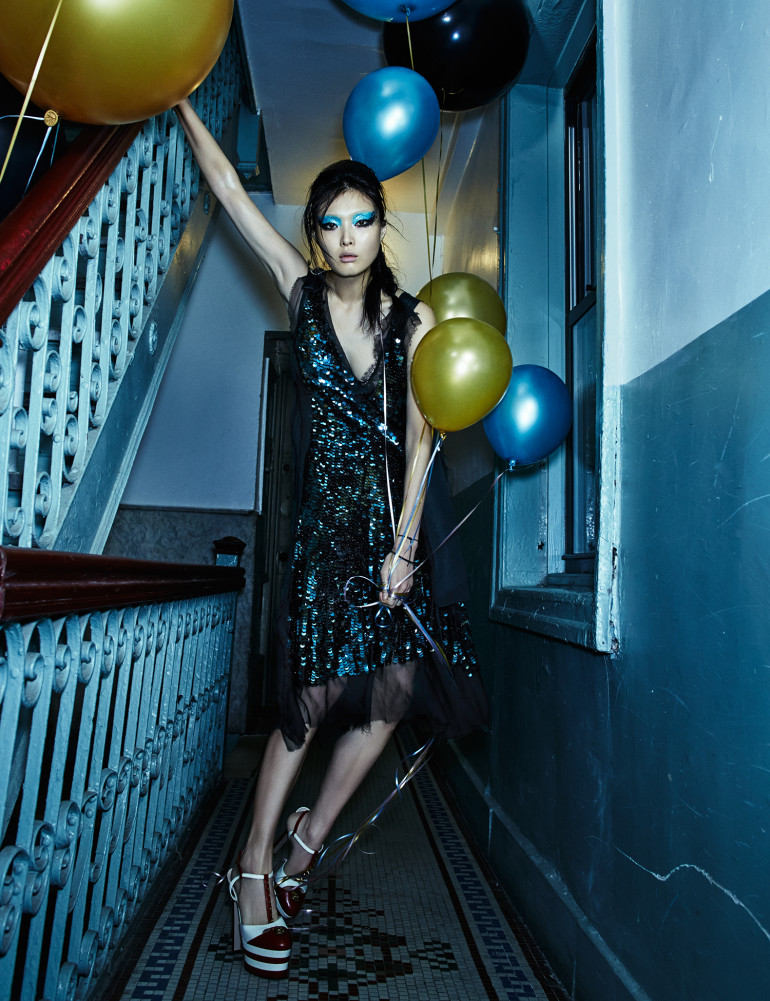 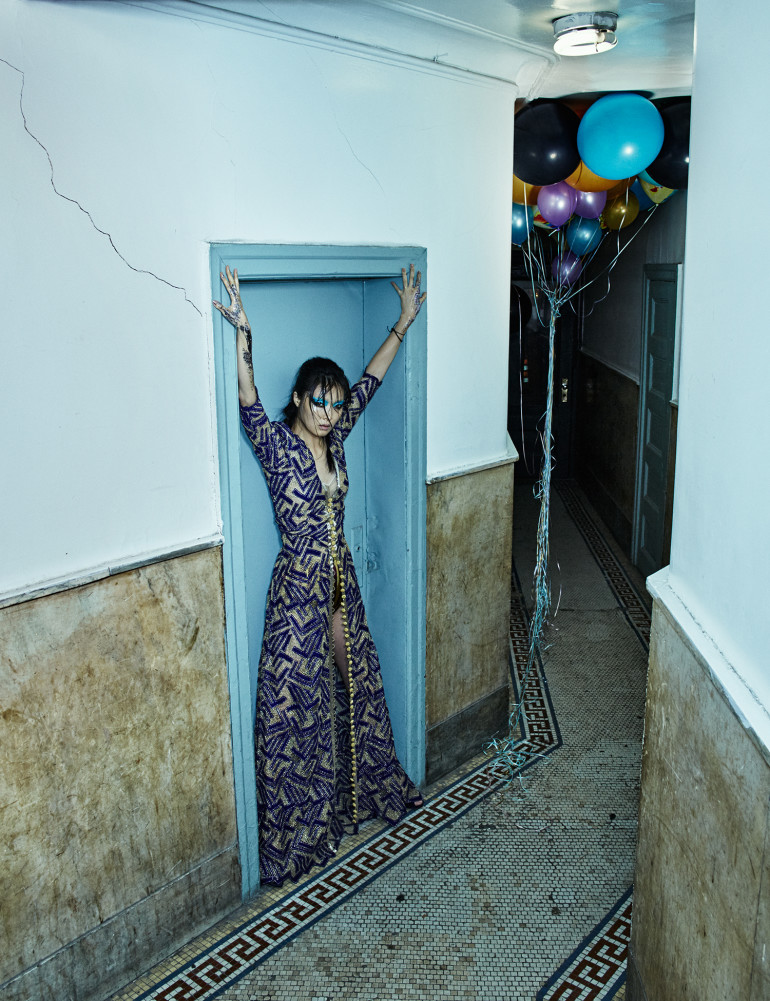 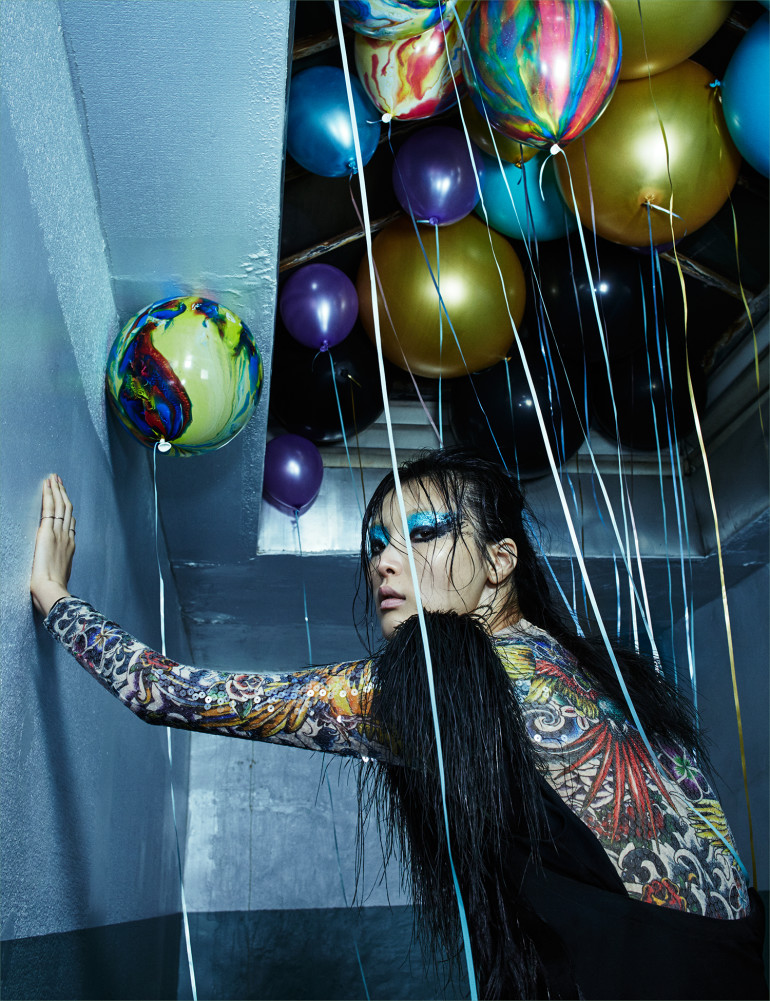 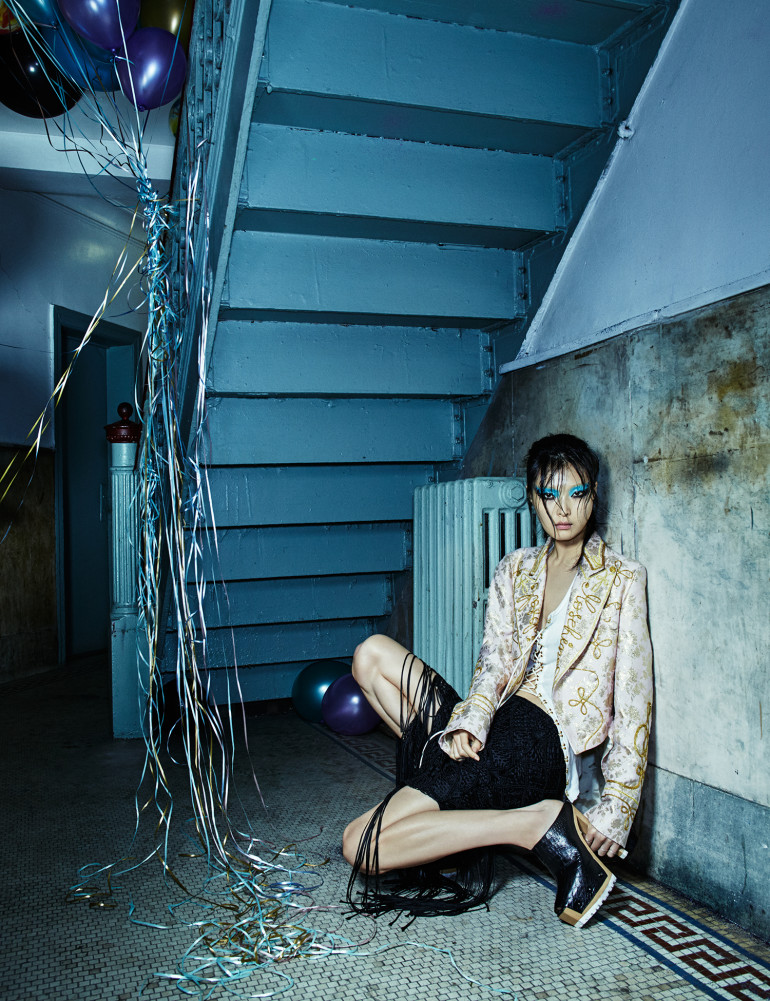 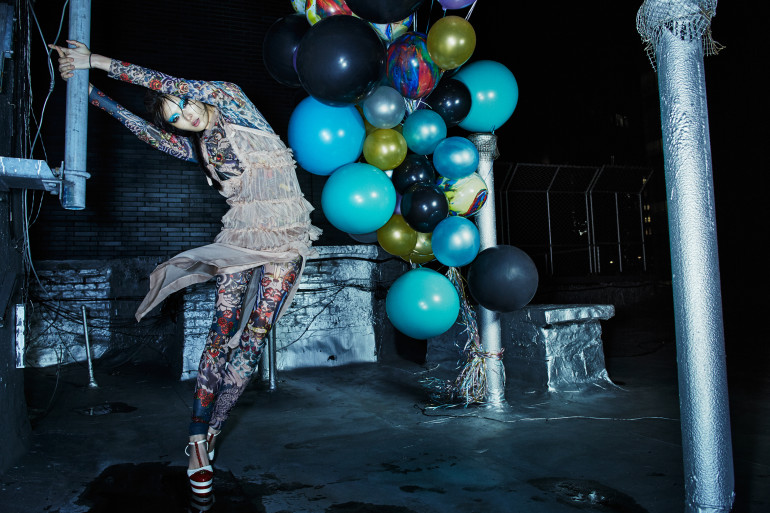 Katlin Aas is Super-Natural in 'Aura' by Sebastian Kim