Anna Cleveland brings forth an aire of the ideal in “Iconic” with cover by Benjamin Alexander Huseby for Interview Germany, March 2016. Her body moves like poetry put to music, as my pen passes over paper mimicking limbs as they strike in thoughtful pose. Embracing the archetype of embodiment in a physical statement I’ve come to call, The Cleveland Way. An artistic expression is offered in the act of true passion, as the value of vivacity isn’t found in passing of pigment, rather it’s met in the construct of color. Stylist, Andreas Krings, cuts through our need for bright as all things go weary in the dark of the night. Texture and tone play important roles, when sharps shades are exchanged for gorgeous grays. Fate finds its future in the lines of fabrics, as fashion yields itself to the tenants of truth. Like a ballerina taking flight, fashion floods over the body accessing every nuance and fold. Designs devour by Chanel, Courrèges, Dior, Giles, Hermès, House of Harlow, Jil Sander, La Perla, Loewe, Melitta Baumeister, Moncler, Proenza Schouler, The Contemporary Wardrobe & Salvatore Ferragamo. B/W invite a unique set of rules, as skin’s landscape is beheld as an extension of the body. The subtlety of context collides in the exquisite application of Nami Yoshida’s makeup. Each feature is created to both stand-out & blend, as the focus of this piece is seen in the intensity of her stare. Iconic Beauty erupts as the archway to life is witnessed in the bend of her brows. Anna hypnotizes with her eyes, as lack of lashes match elements of mystery. The symmetry of ecstasy is seen in the sharp bones of her face, all played like pieces of classic operetta. Cheeks set aglow in a rush of thunder as lips speak in a just-kissed whisper. Asking for nothing offering everything each picture invites a sense of purpose. Cyndia Harvey uses the head to entice, from a vintage helmet and patent leather cap to a shiny silver bucket hat. Avant-garde artistry hits in shades of gray allowing the mind to engage us in a game of pure play. 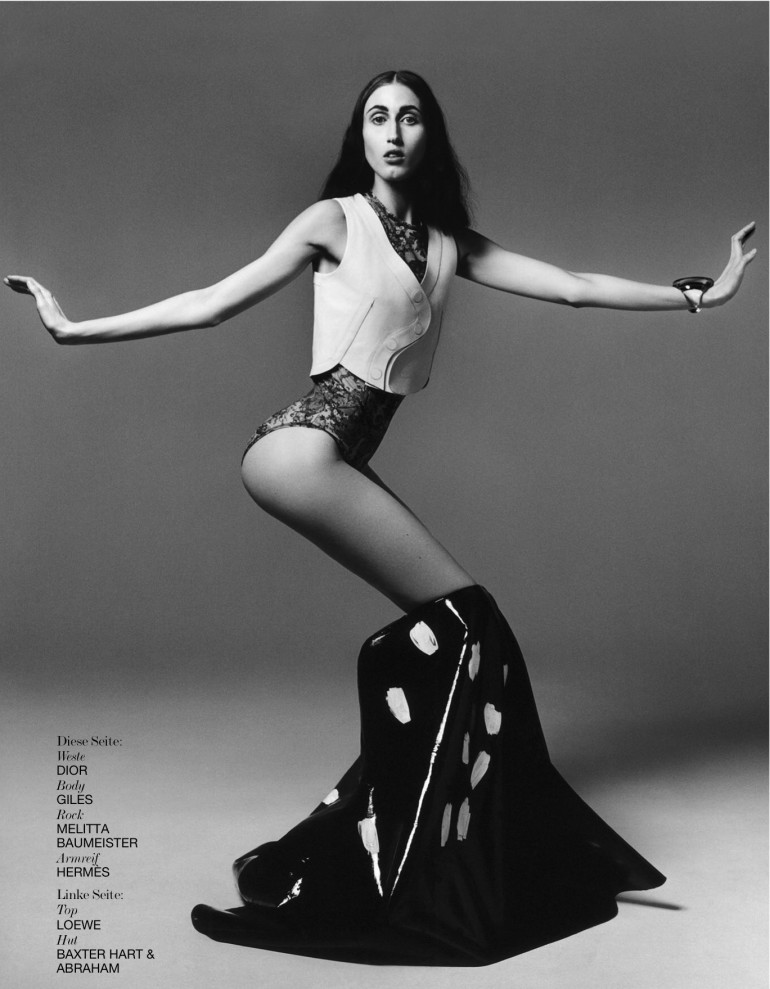 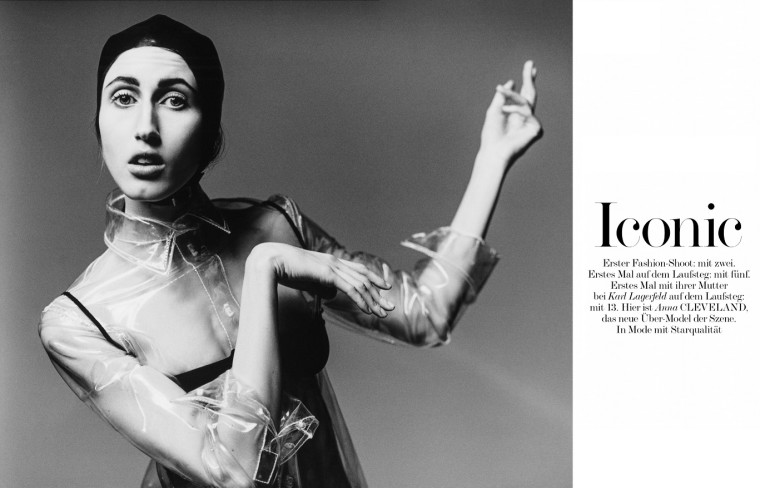 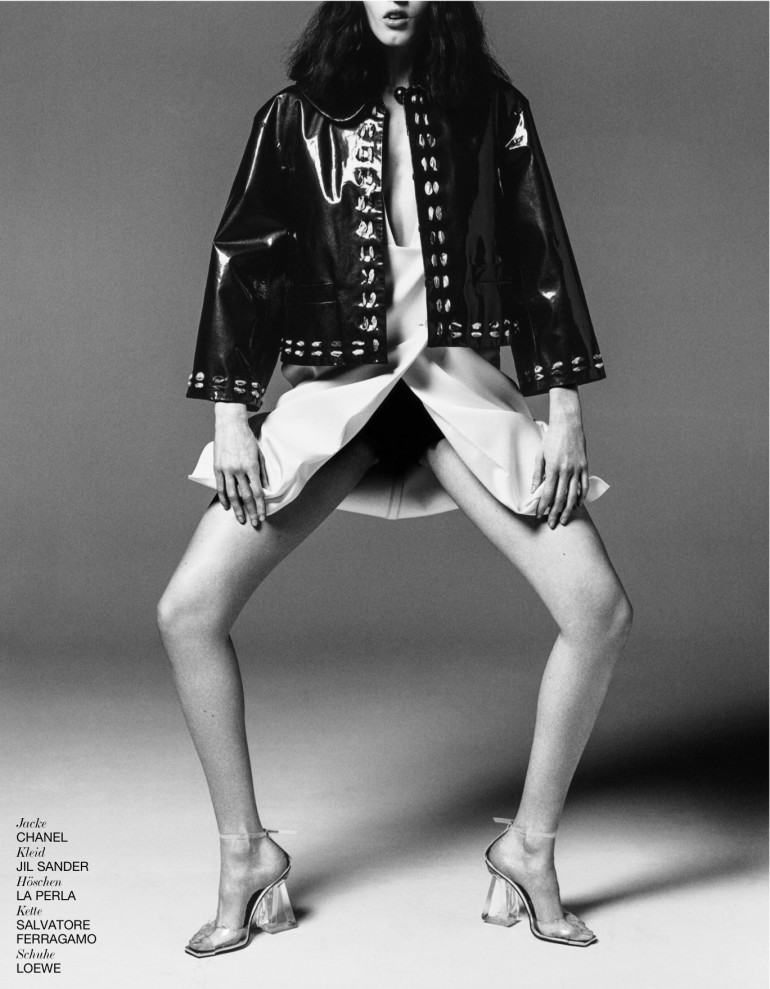 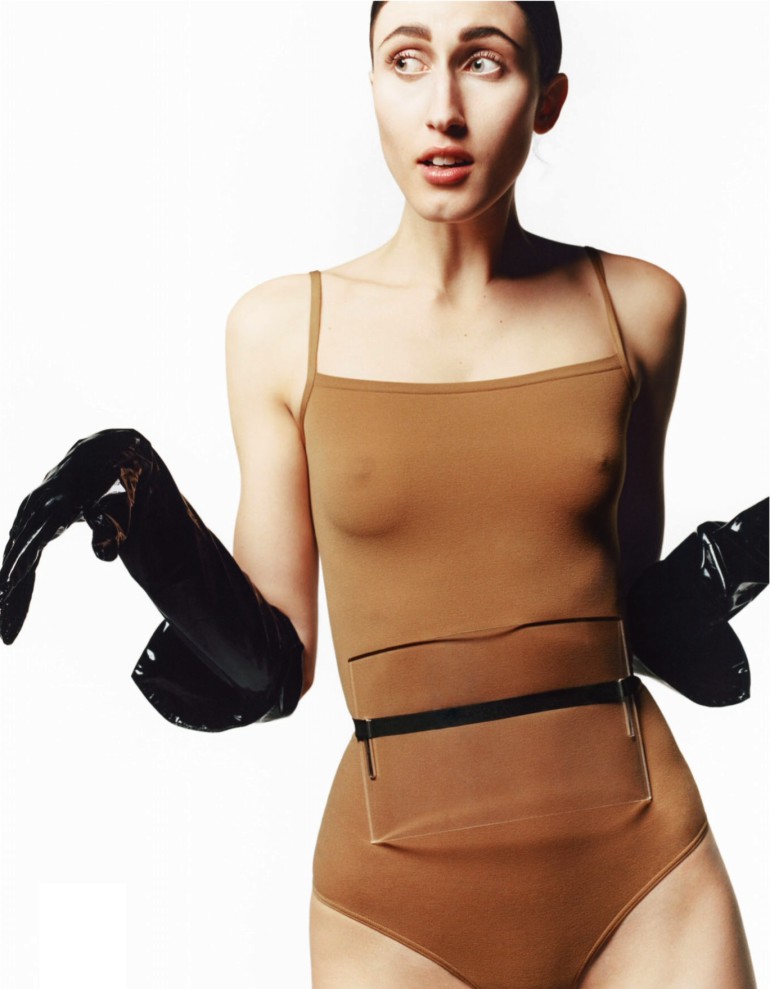 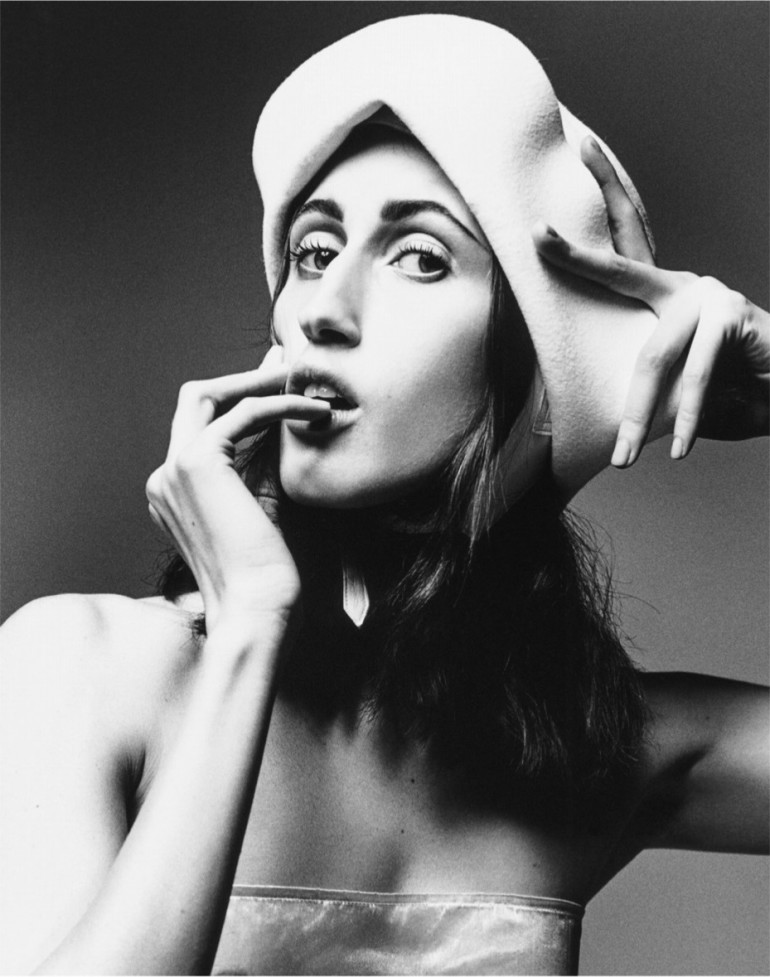 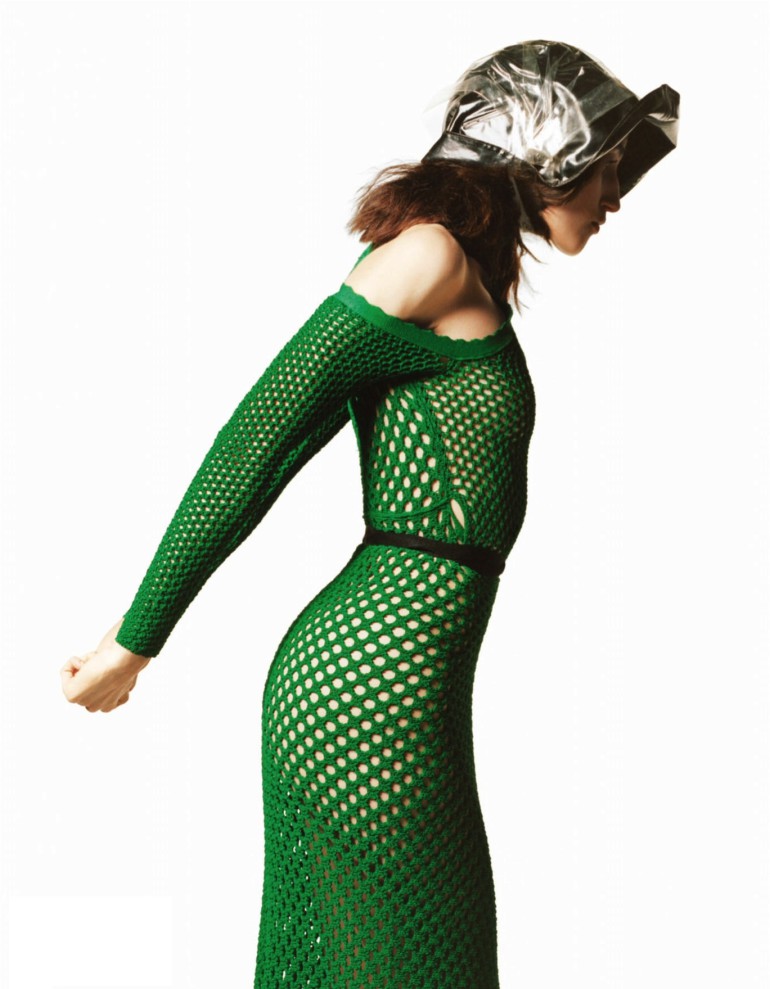 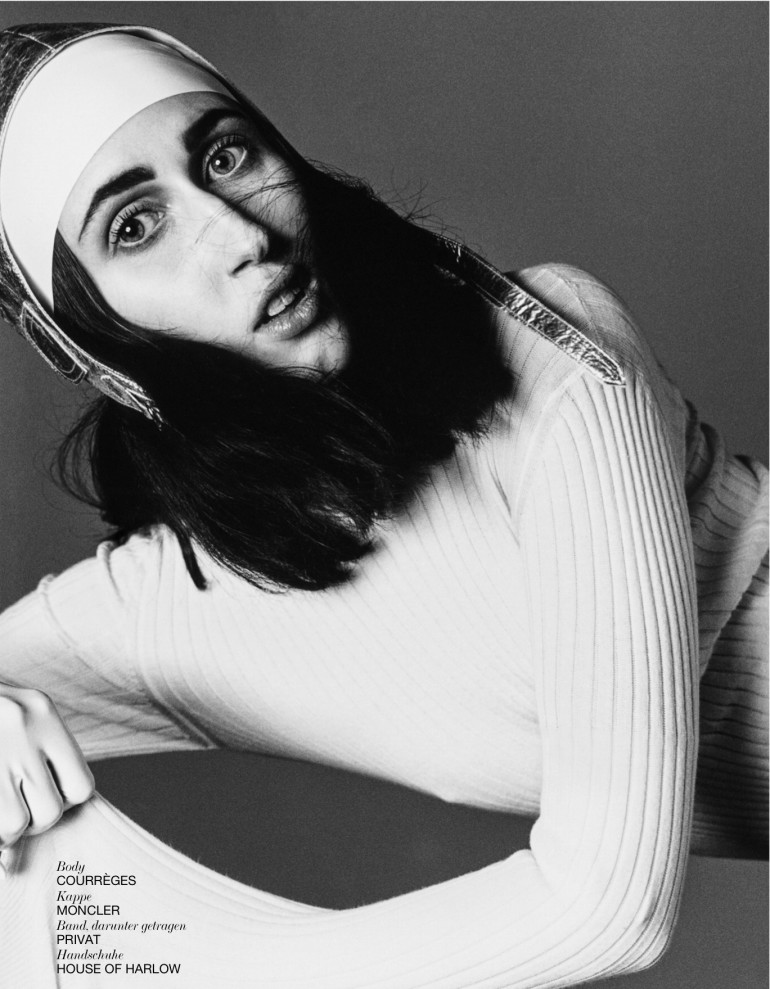 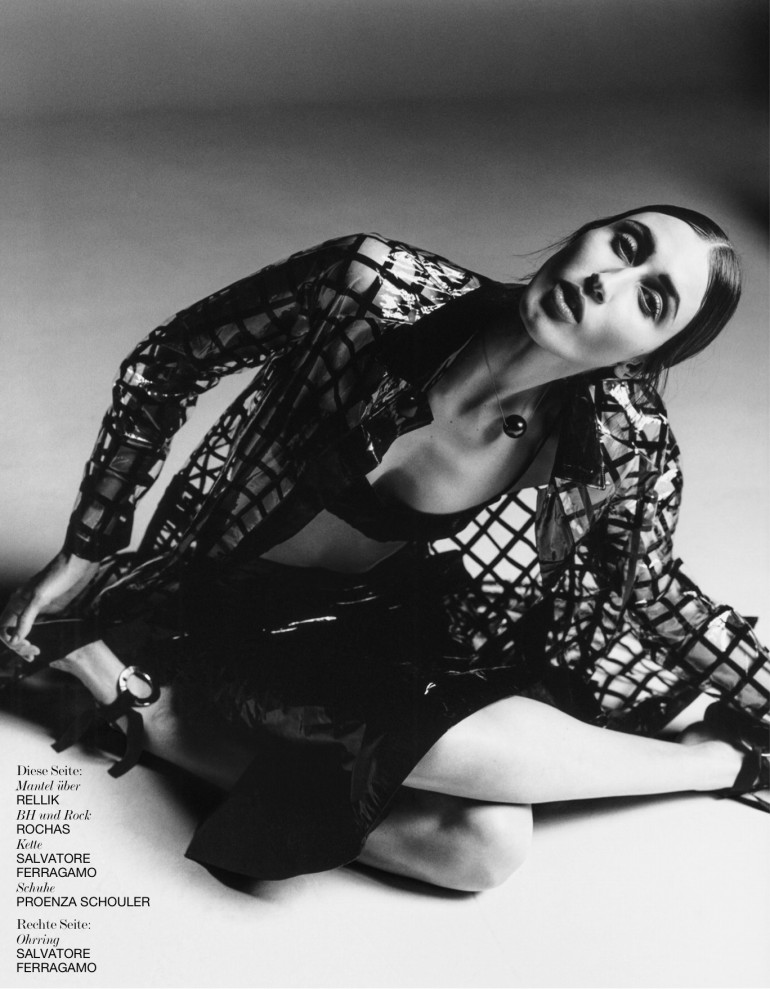 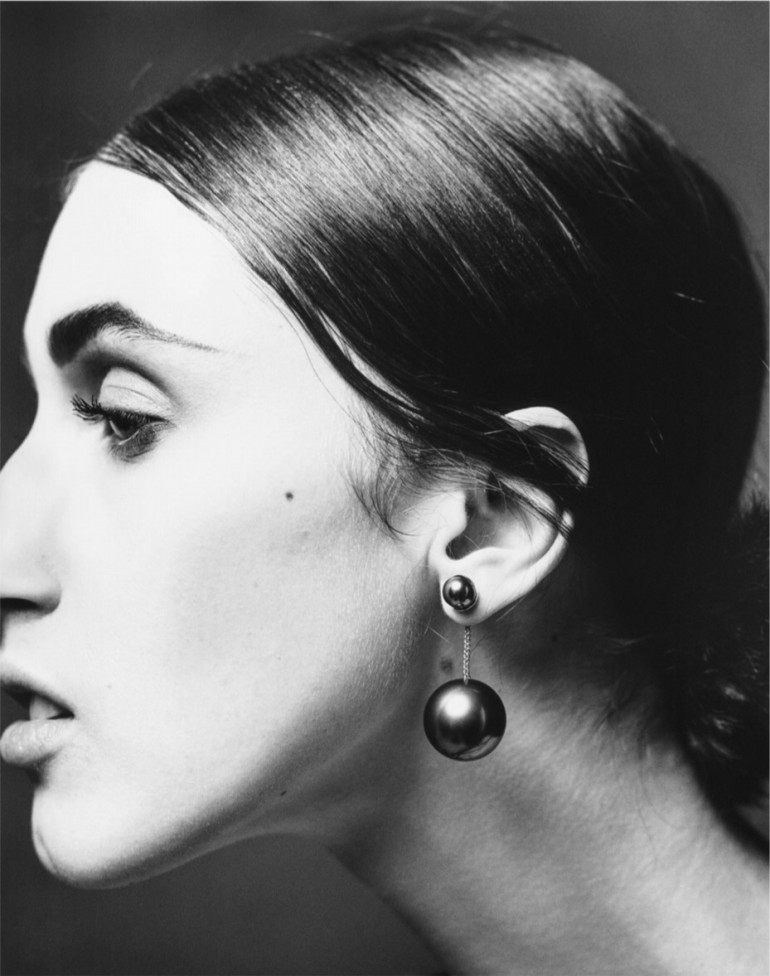 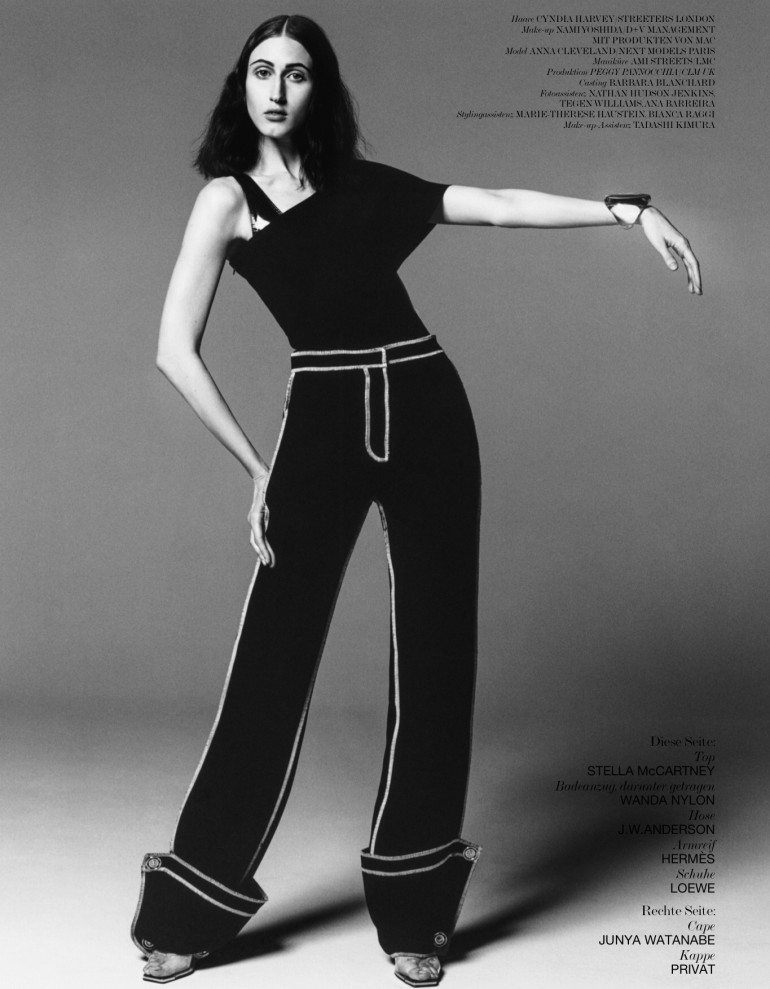 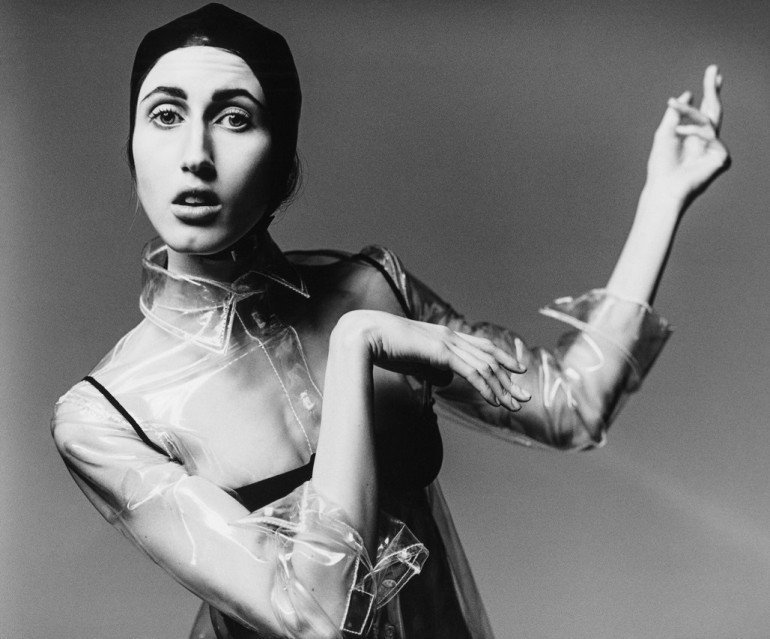 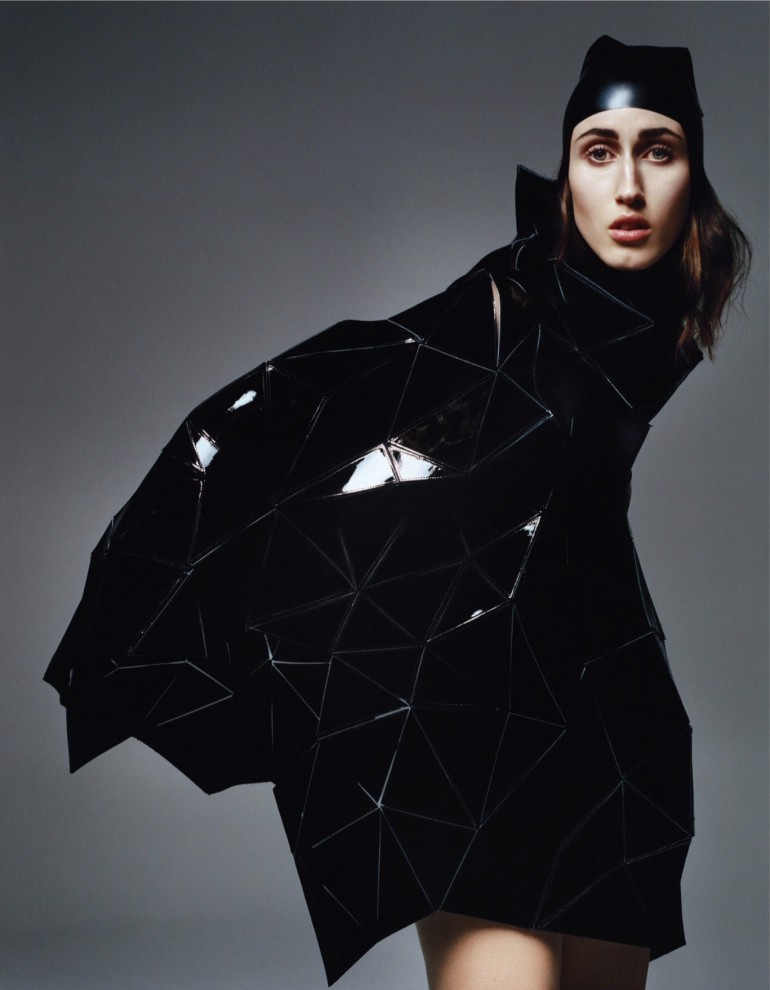 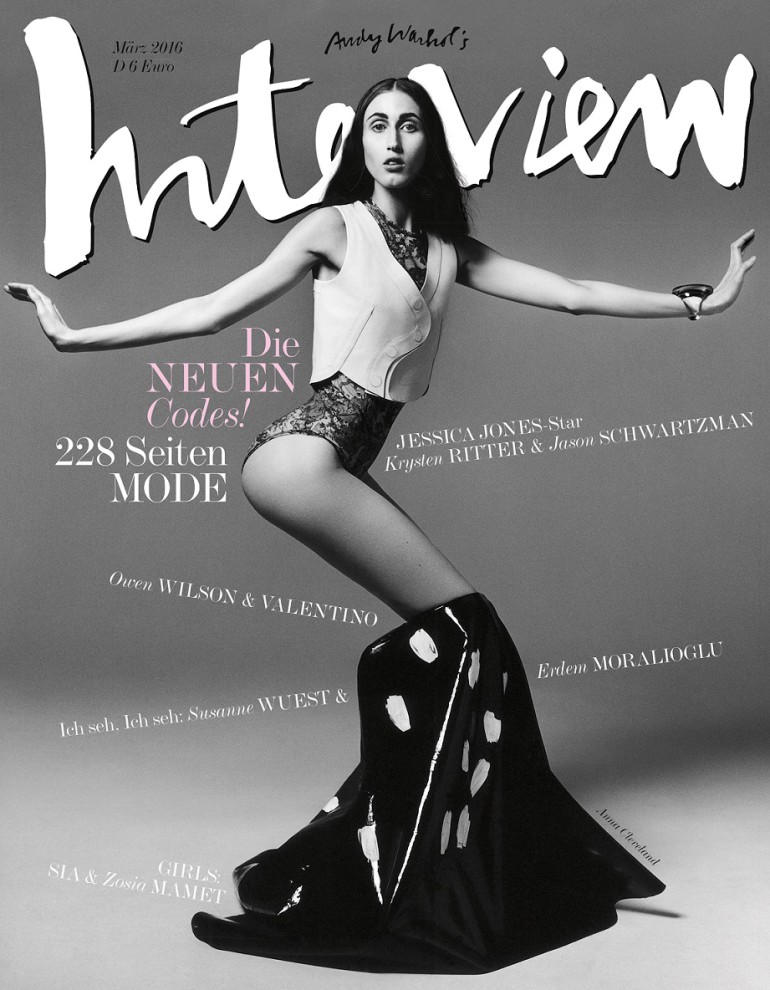