Edie Campbell & Olympia Campbell give us some DNA PDA in “Campbell’s Coup” by Mario Testino for Vogue UK, March 2016. Sisters show us how it’s done, with genetic super powers that project the fire of the familial bond. Lucinda Chambers keeps things playful with red, black & white pieces that take this story on the run. The art of fashion erupts as styles look more like costumes than couture. Bold tones speak to a season of chic with eclectic combinations that fly in a new direction. Dresses devour, from red panties with spangled circles to a white ruffled mini, mid-calf leather skirts and long flowing gowns. The craft of clothing gives this editorial edge from such designers as Alexander Wang, Gucci, Mary Katrantzou & Miu Miu. And, while I’m not a fan of the cover proper, I do like the tone of the piece. Edie is a strange model type, while it appears she would be best in a natural set-up, I think she’s better suited in an avant-garde layout. Case in point, Val Garland doubles our DNA pleasure by bringing both sisters’ features to life. The eyes are the thing with wild transformations that inspire and delight. Inviting the imagination, red dots drip like tears as black bursts out below. Dramatic makeup divides our attention, as Olympia’s brows are covered with candy colored spots surreptitiously spilling onto the cheeks. As Edie bursts on the scene, wearing lace around the eyes with strips tipped with a golden material. Hairstylist, Christiaan, goes from free-flowing to short-spiked, with accouterments that include metallic bands, scarfs and a straw fedora emblazoned with a name. Modeling is merely a thing as this fearsome phenom shows us how its done. From an avid equestrian to a scholar, Edie proves that modern women can wear many hats. 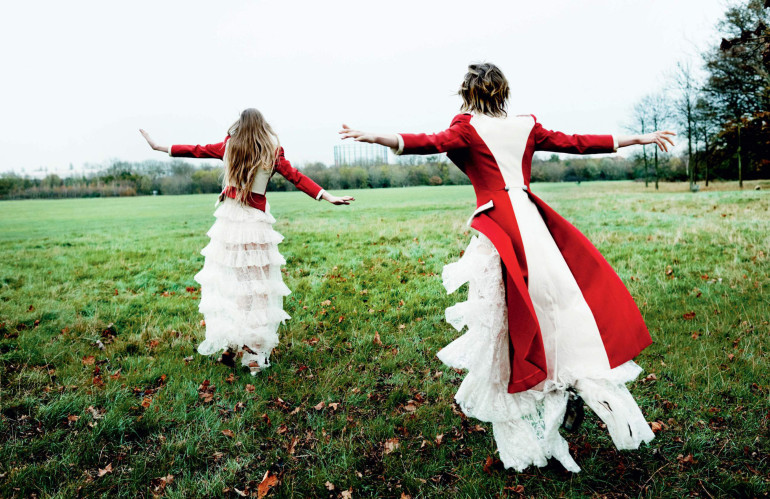 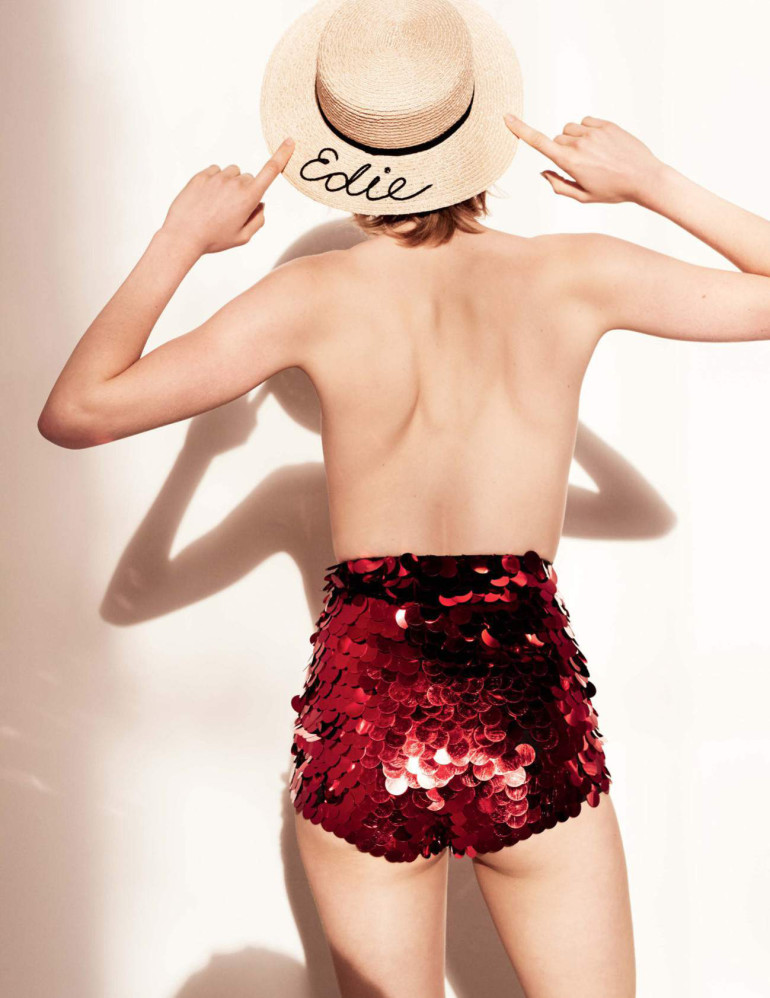 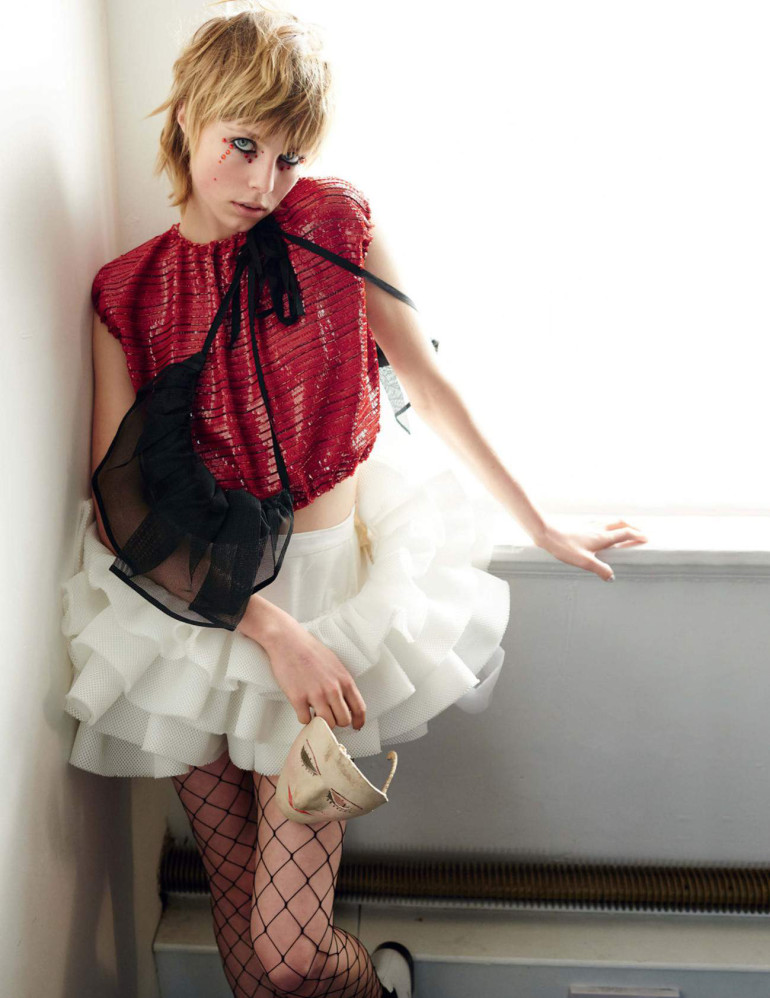 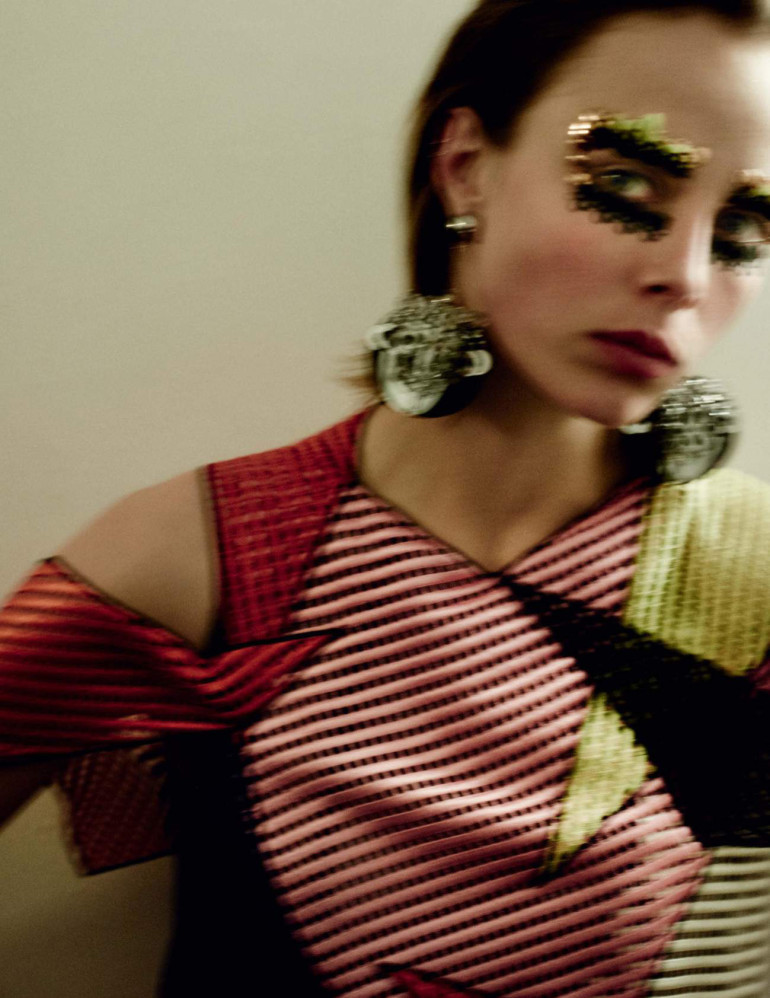 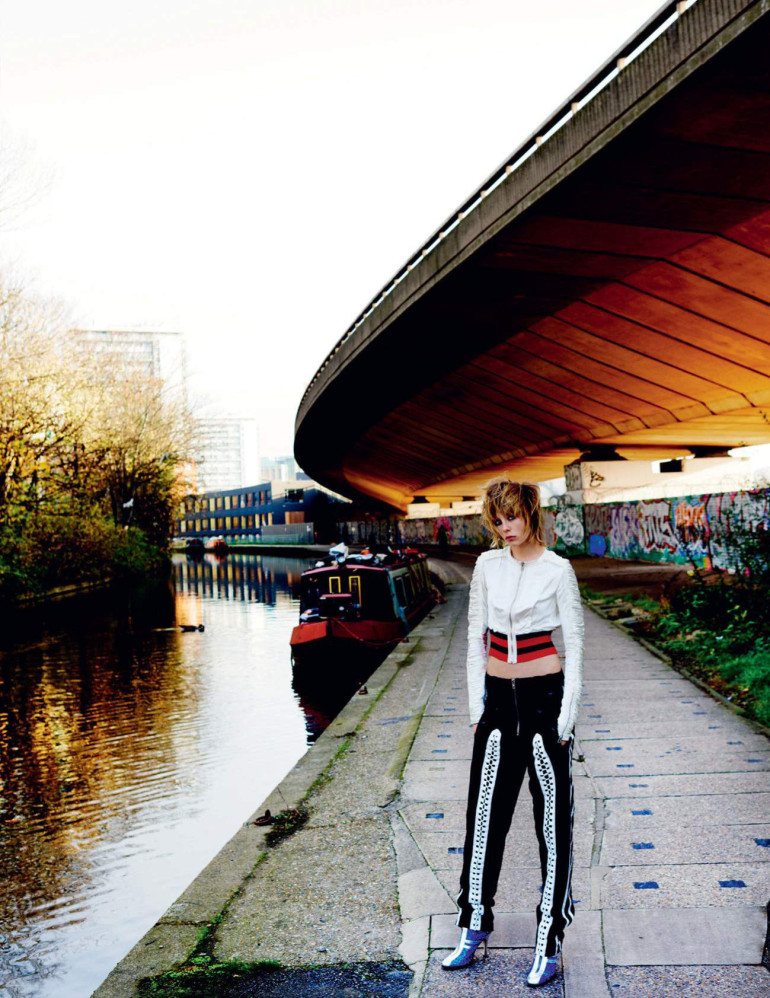 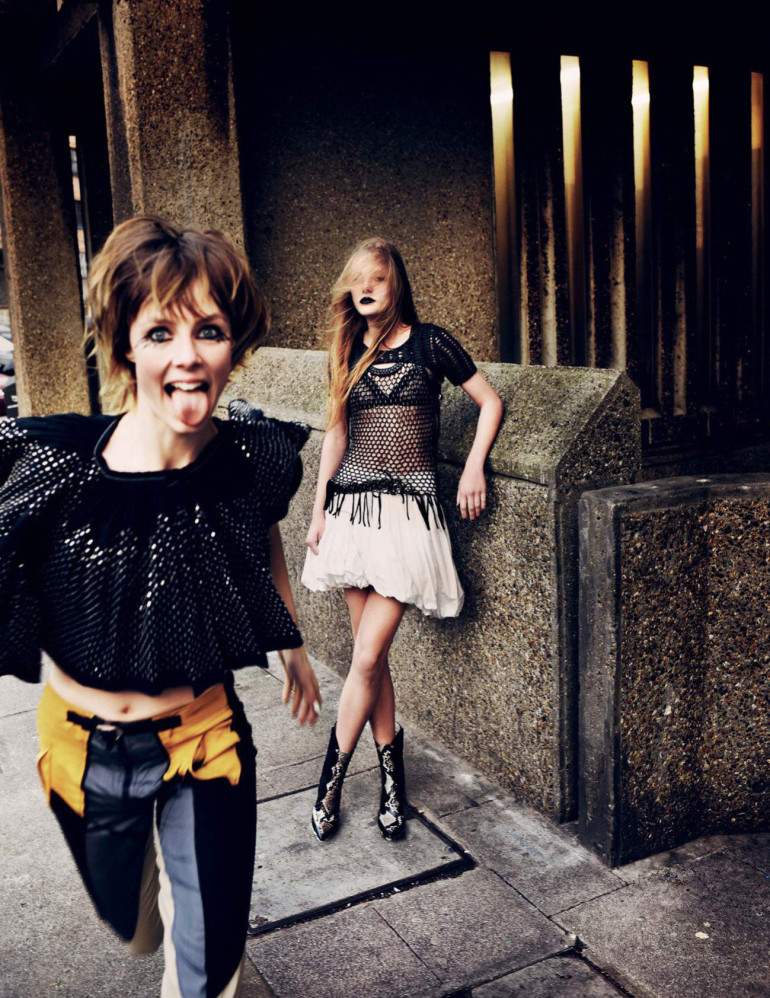 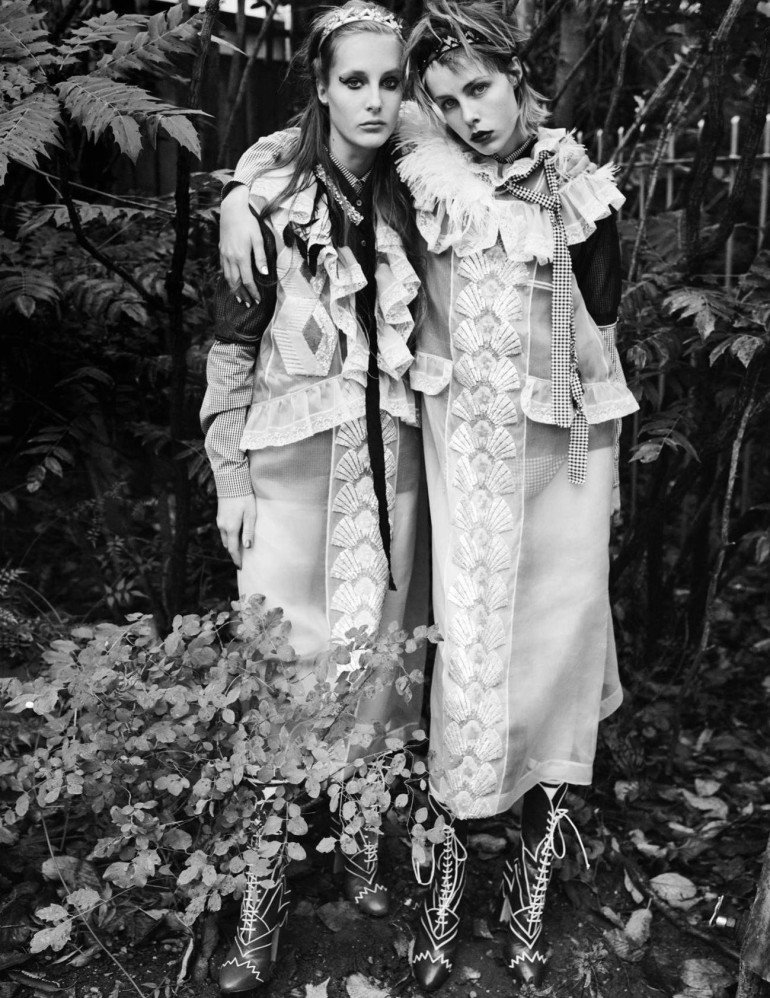 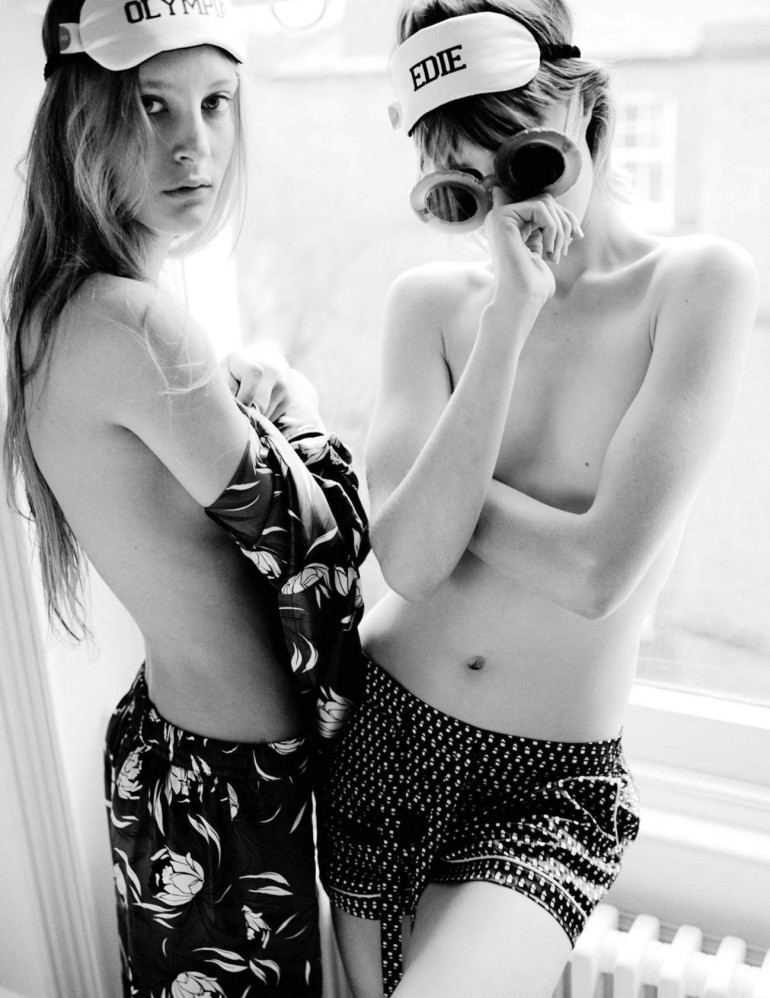 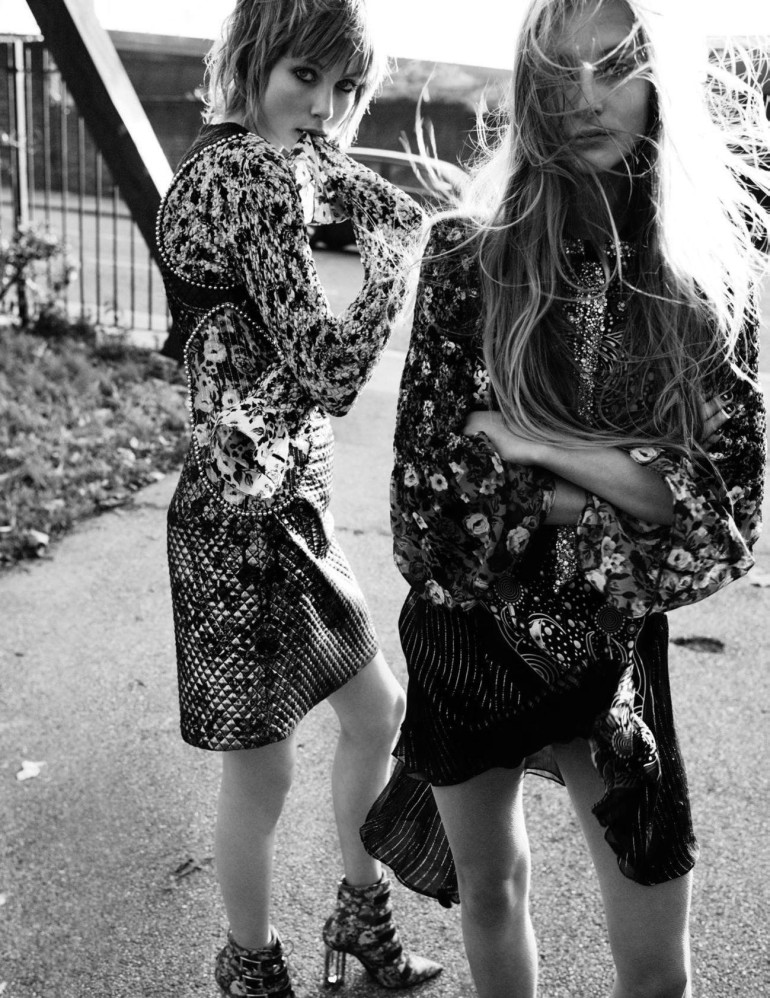 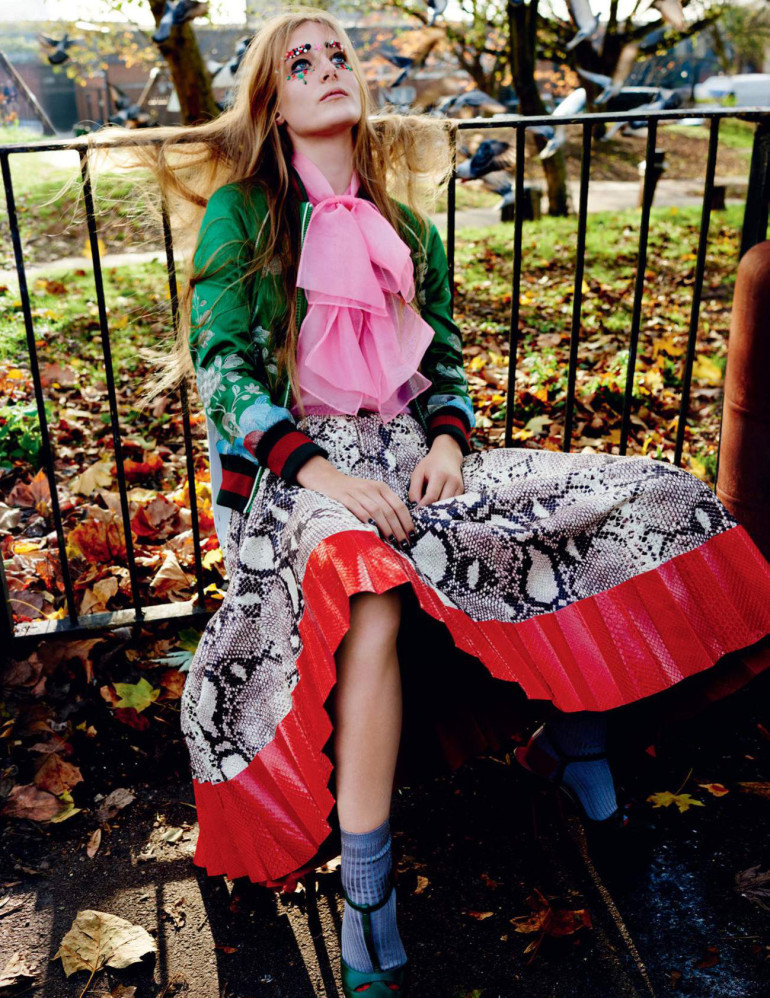 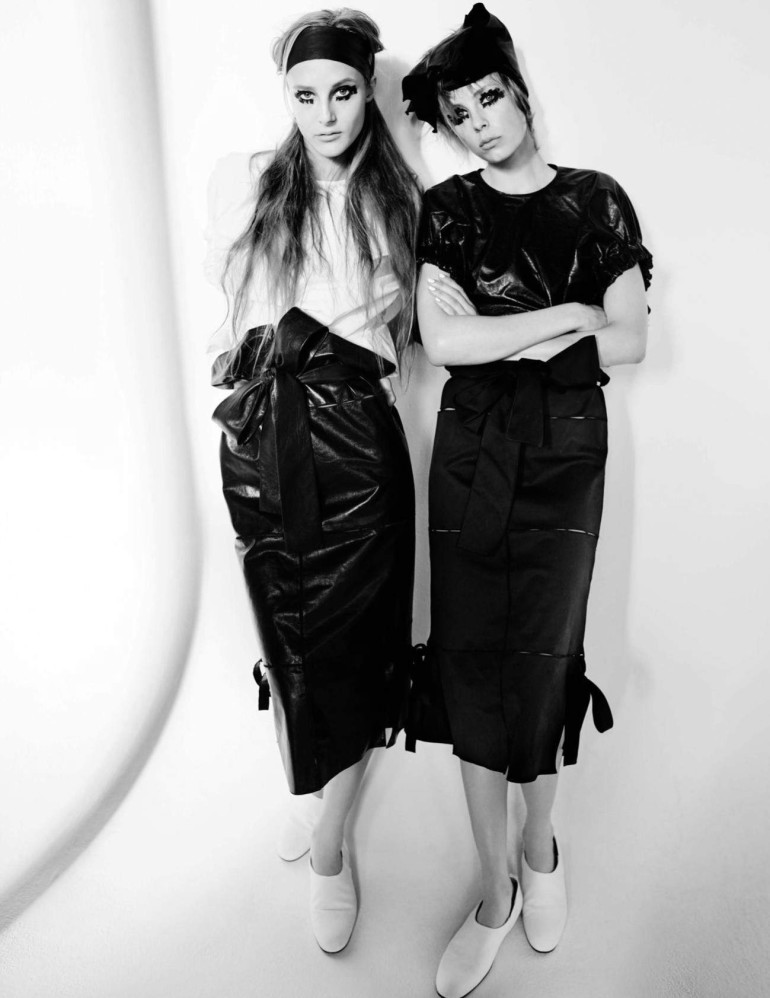 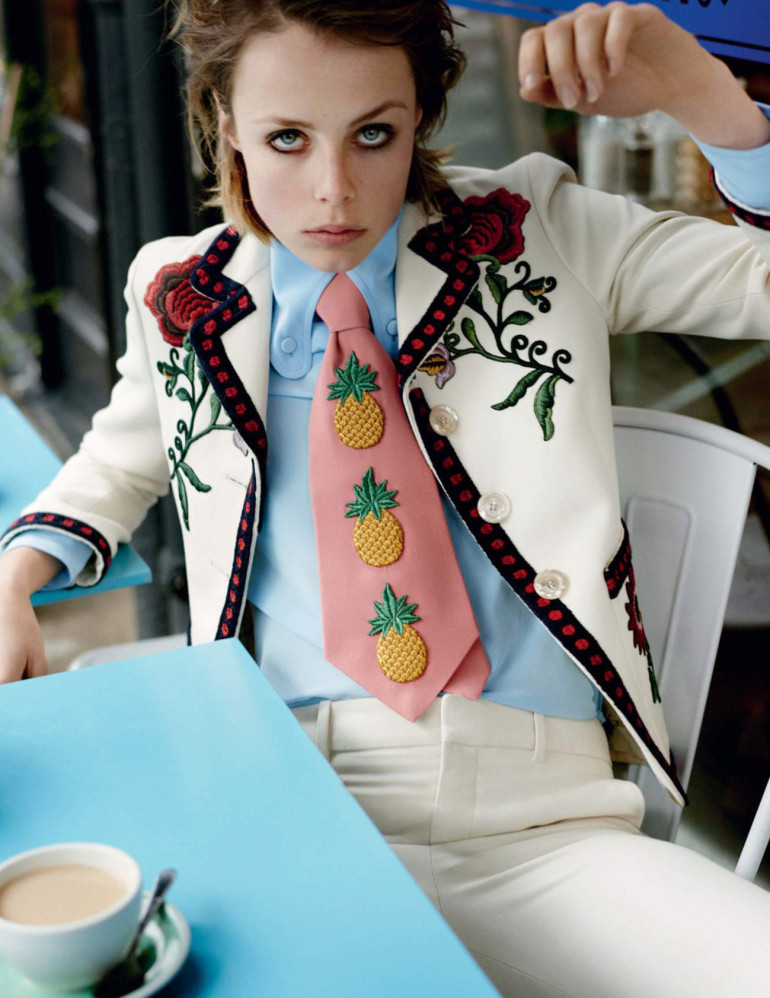 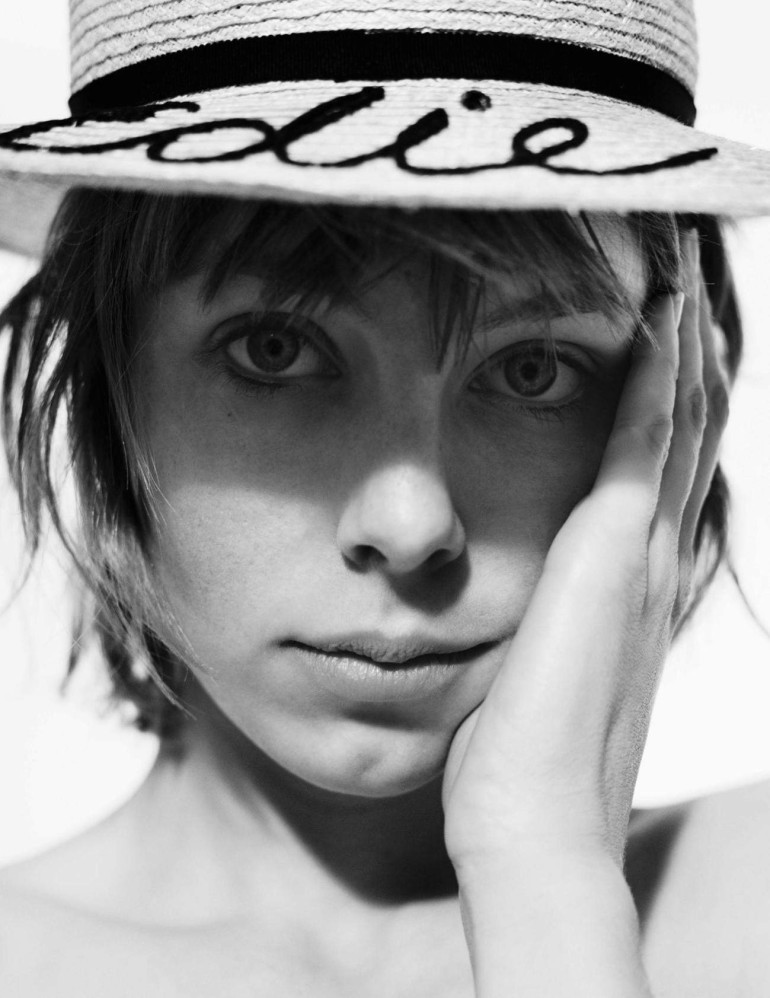 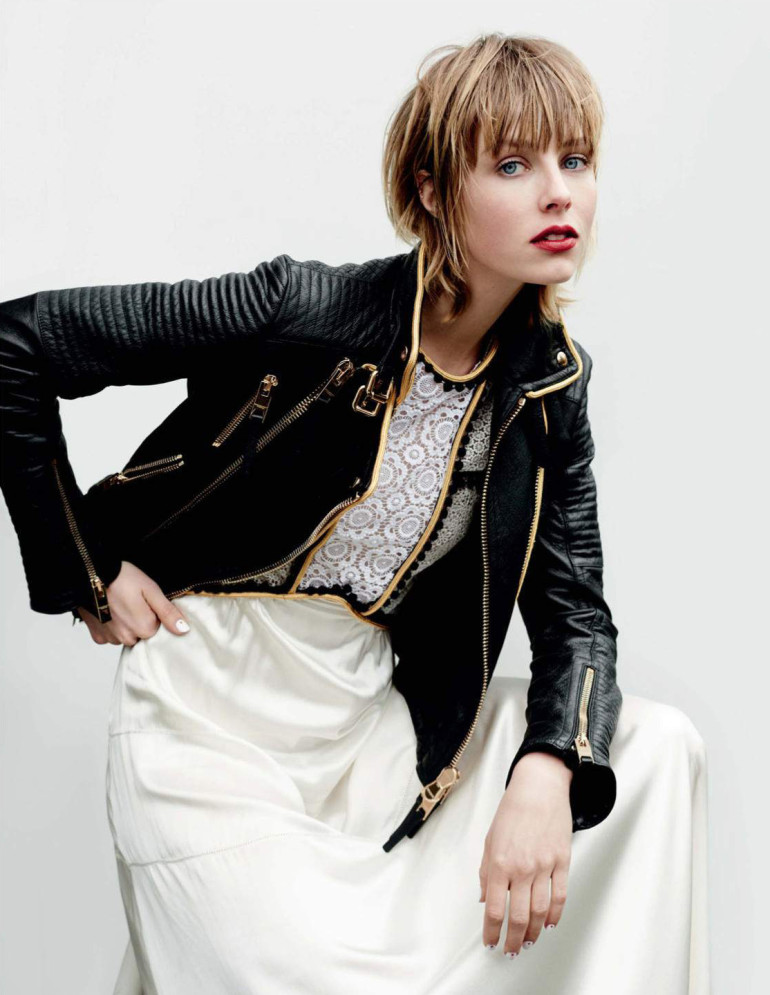 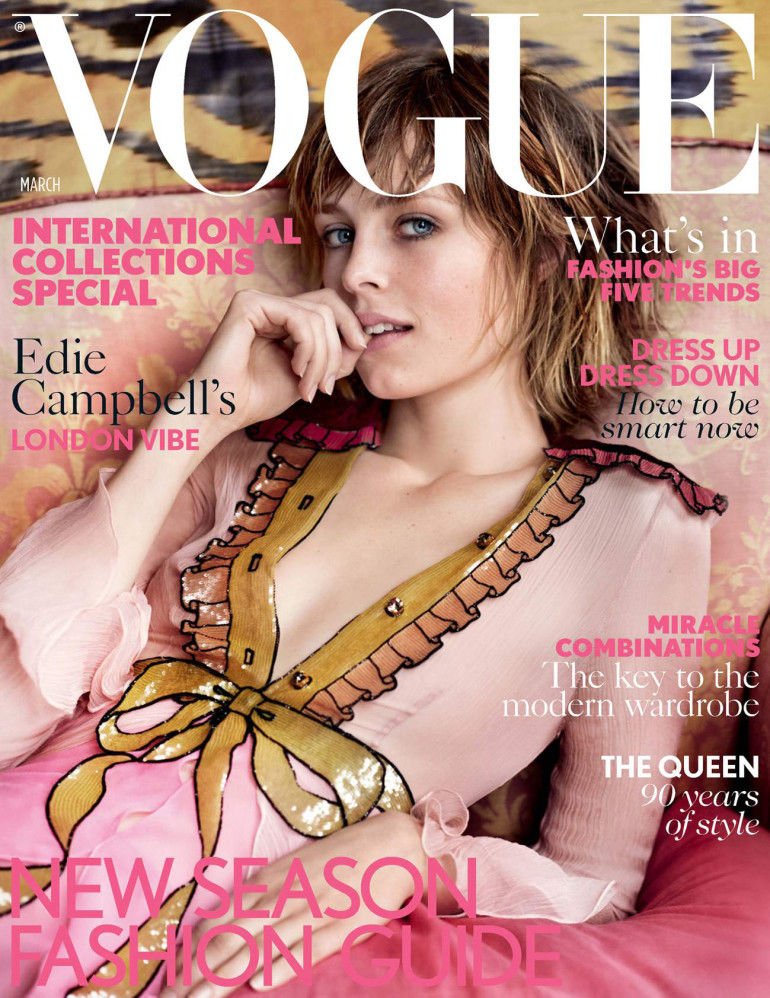