Ruth is Bell of the Ball in “Stay Punk” by Mario Sorrenti for i-D Magazine, Pre-Spring ’16. Ruth Bell, Fernanda Ly, Frederikke Sofie & Dilone go hard-core for a fusion I’m fashioning – Punk Redone. An amalgamation of avant-garde erupts with a history that’s haute and a future fuming. Alastair McKimm captures the tone of the piece with styles that transform graffiti into couture. Manipulation changes the conceptual landscape, thereby allowing this story to stay true to Punk’s Process. Unique versions of this season’s hottest looks mimic scenes from the 70’s, with cellophane pants and jackets to match. Altering can be an inciteful tool by splicing, dicing & spraying the end result can take on a new view. Creative makeup is unleashed as Diane Kendal uses faces to release unusual ideas. Fernanda’s skin makes a great statement, as studs sit on the sides of her eyes and vinyl lashes lay low on her cheeks. Blue breaks as Frederikke wears glamour like a mask, only to switch and prove pink is a novel form of punk. Orange is the new black as orbital beauty flies and fierceness rages on. Recine revives the hair movement with high standing creations unlike we’ve seen, as Ly lets her freak flag fly with stripes that light up her dew. Sofie rides deep with high spikes that speak to the art of authenticity, while Dilone digs into the subculture with a crown of safety pins coming out of his head. The term skin-head never seemed so true, as Bell wears a shaved dew showing black markings covering the scalp. Insignificant pieces are transformed, from tiny figures to sprayed soda cans, this story celebrates art that exists all around us. A fusion of garage, gypsy, glam, punk this invites the anarcho infused energy of the times. Choreography of couture plays itself out as each image injects a sense of freedom. Go Straight Agro – Delve into Mario Sorrenti’s technicolored dream world… i-D. 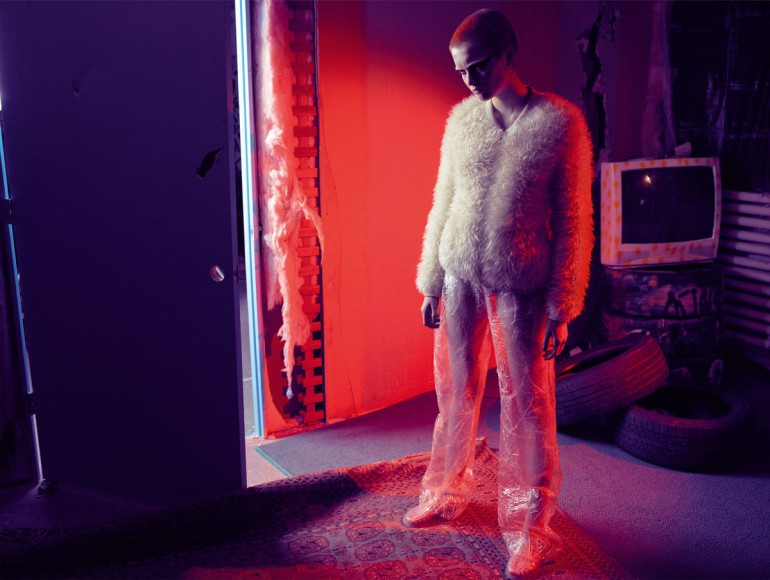 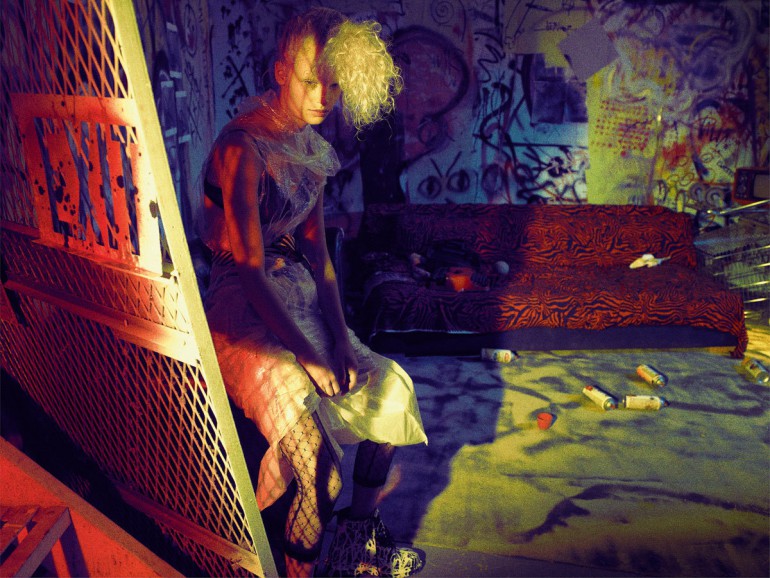 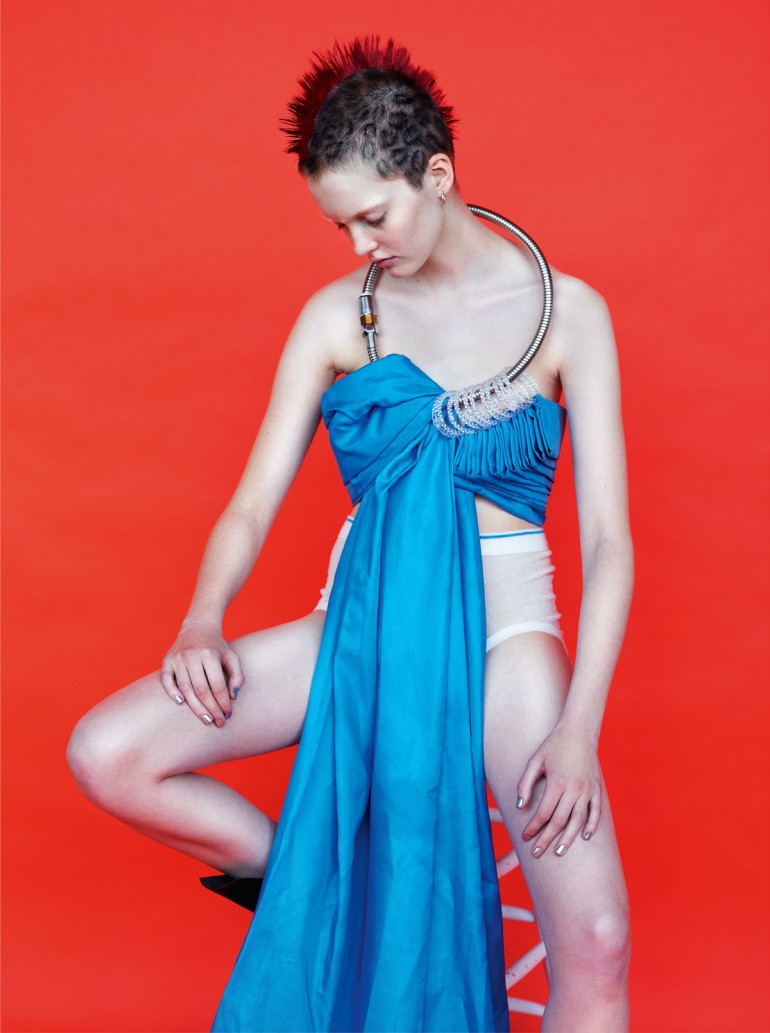 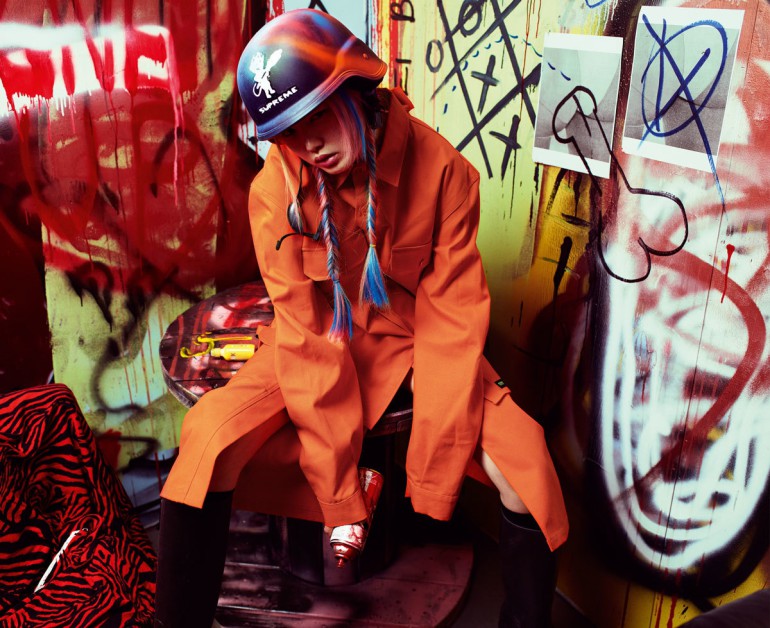 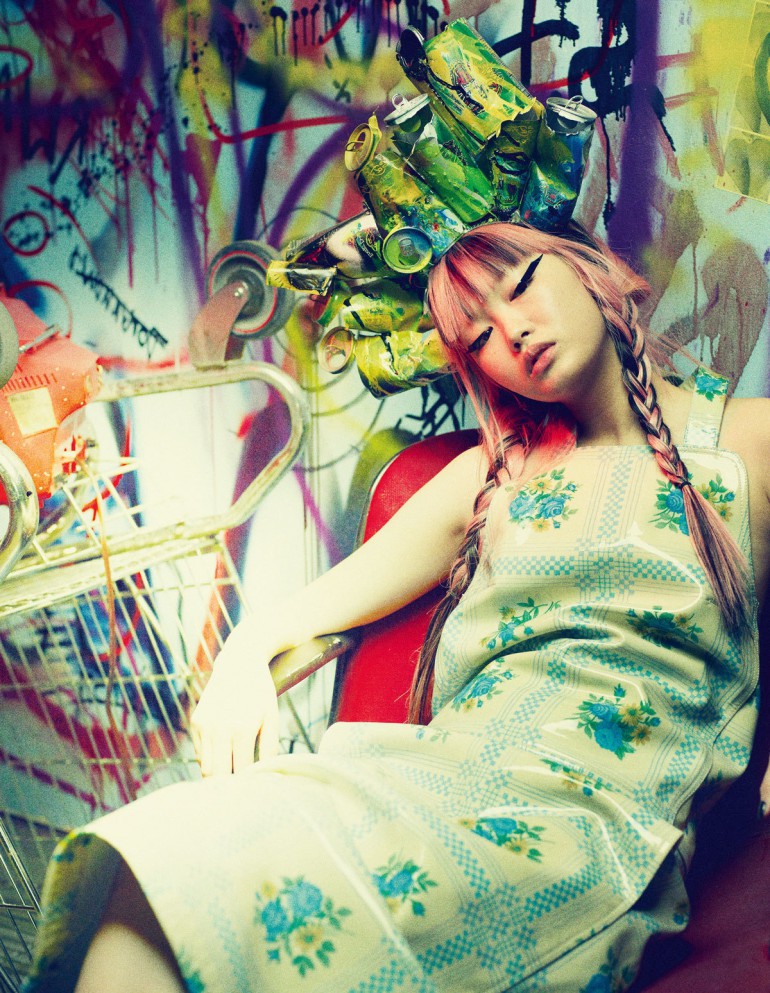 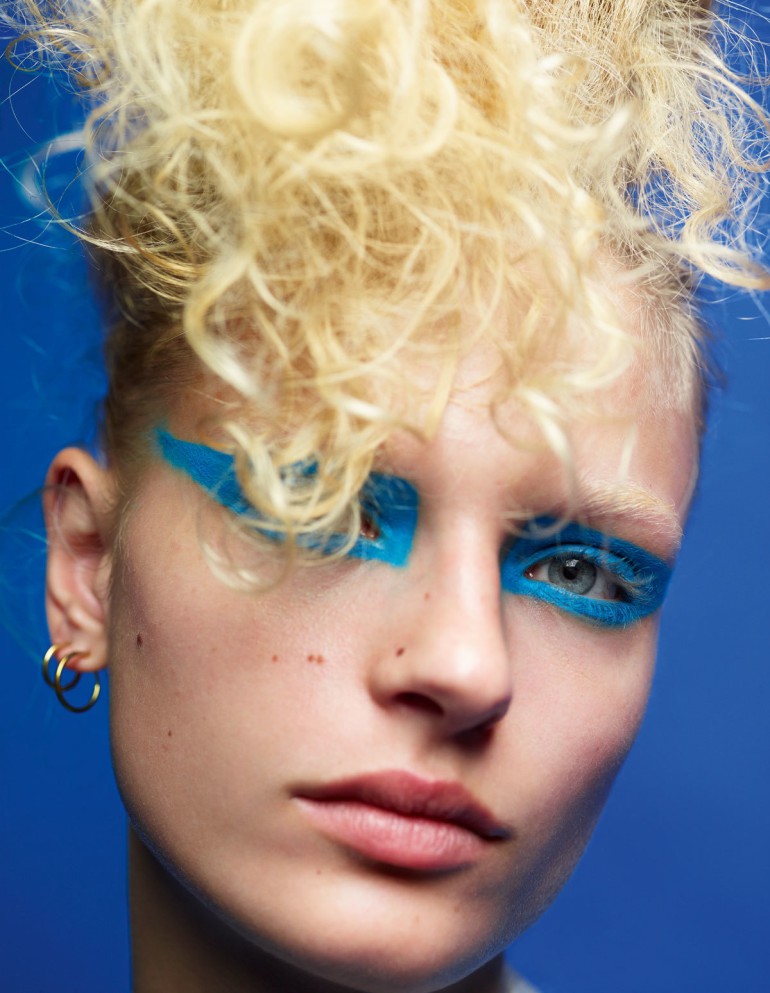 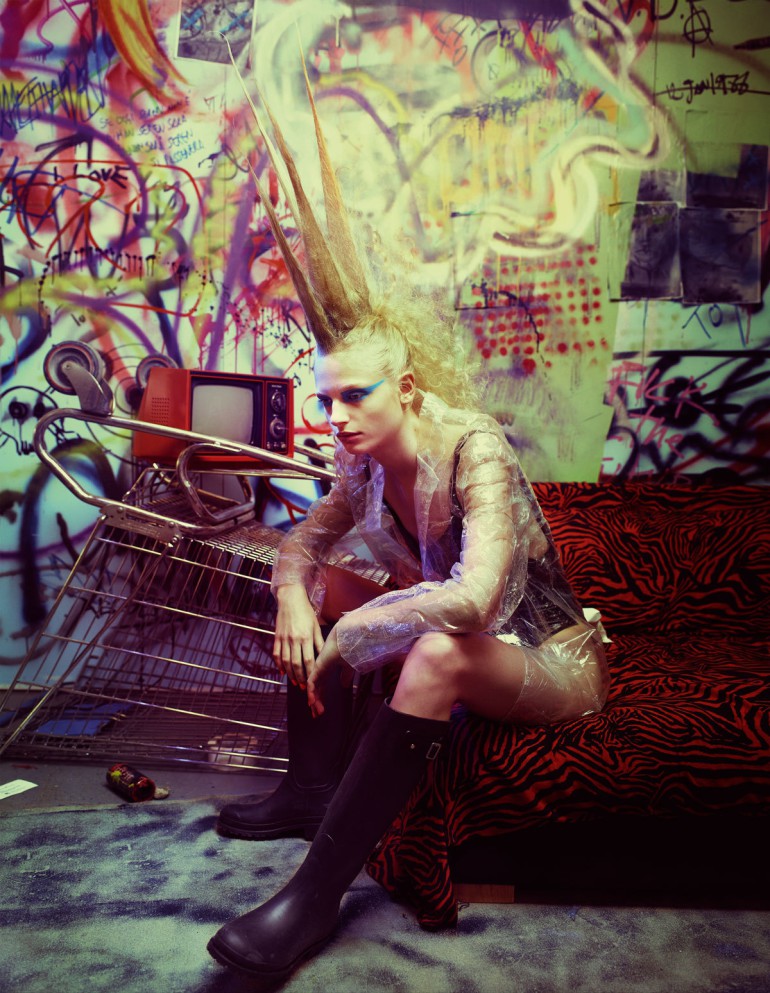 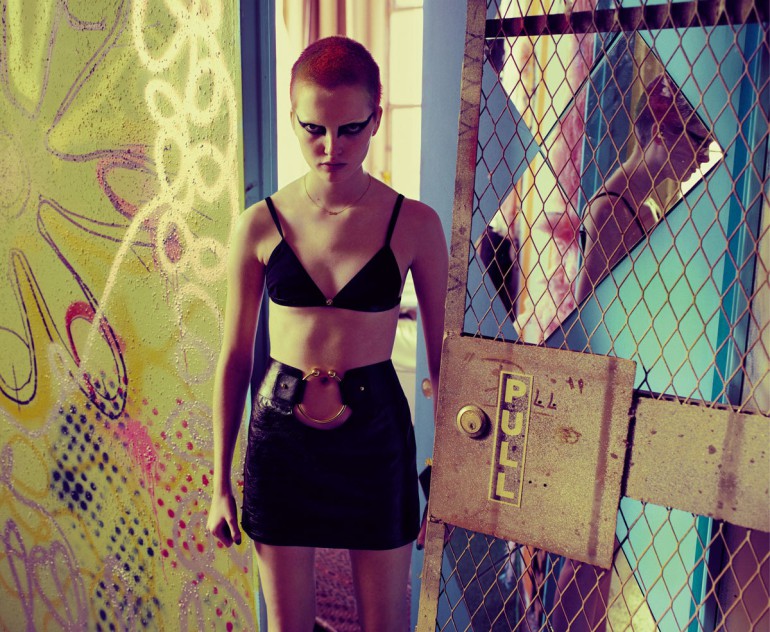 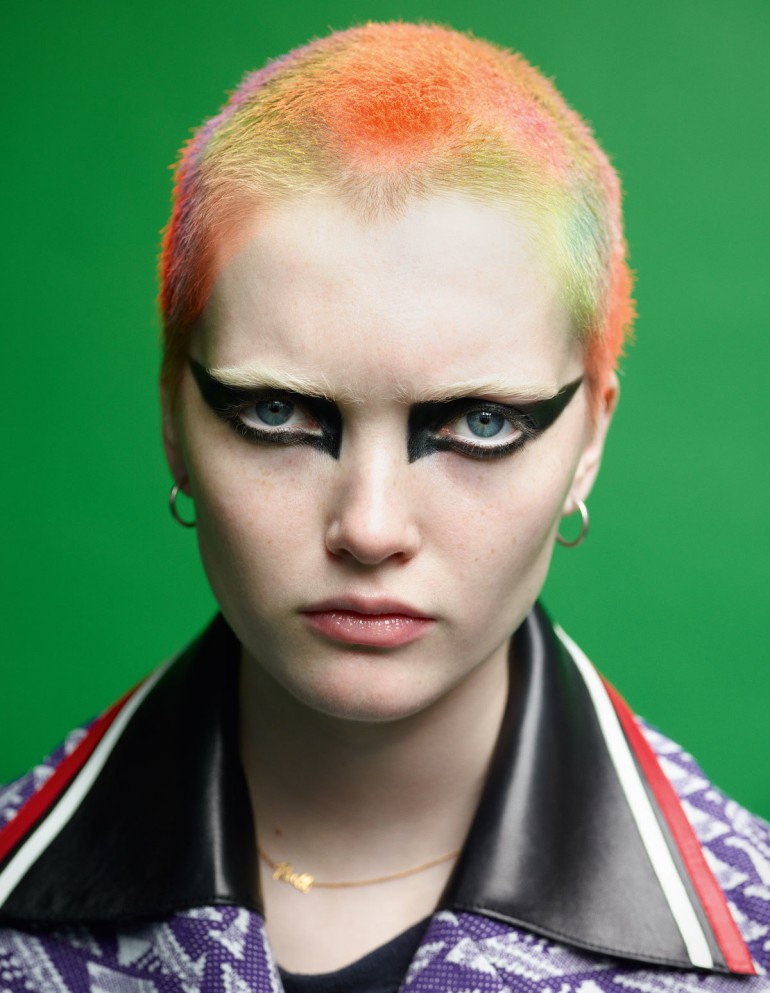 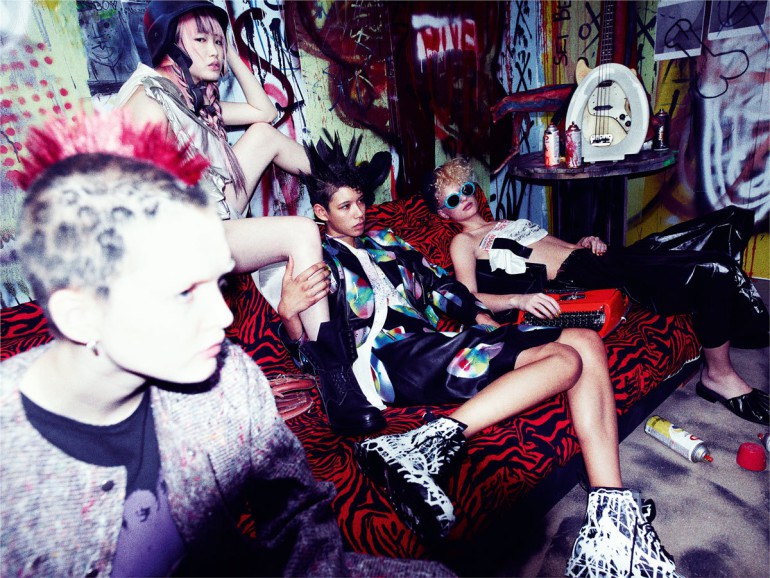 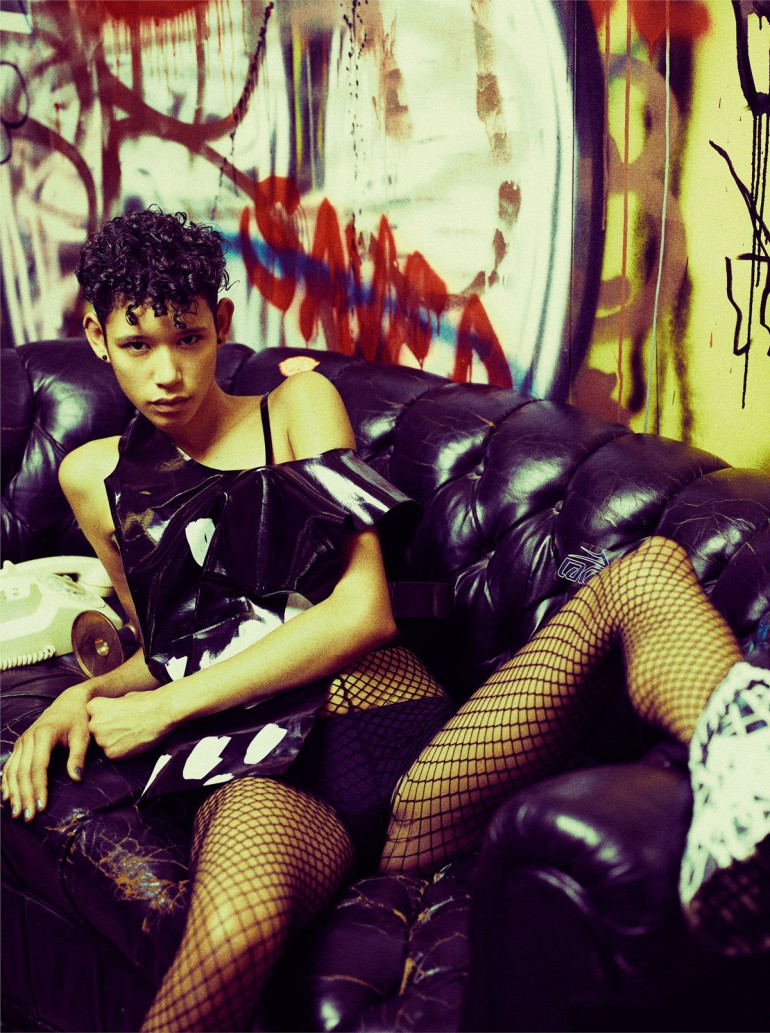 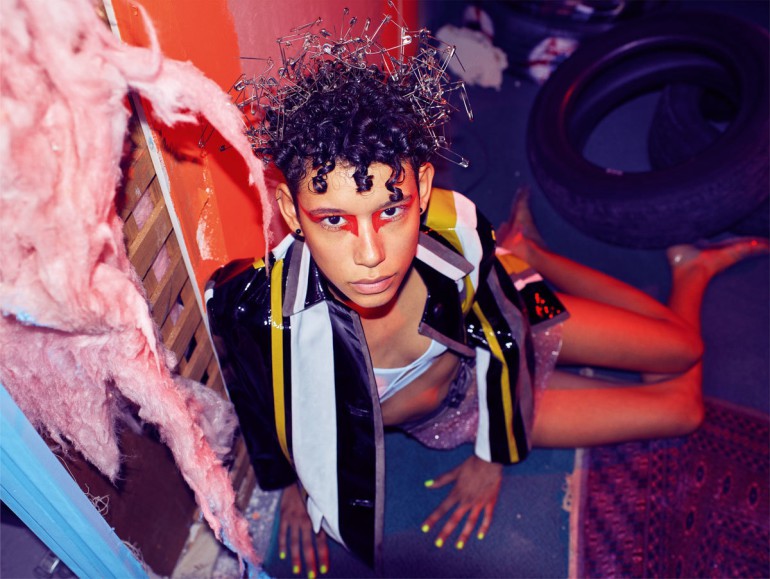 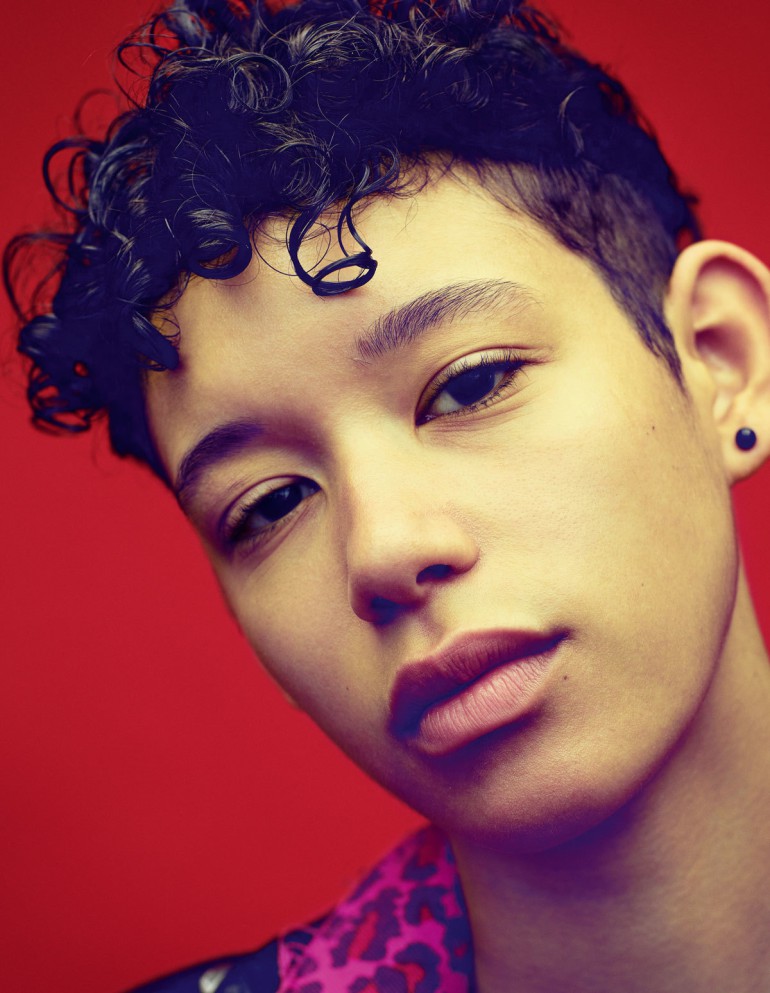 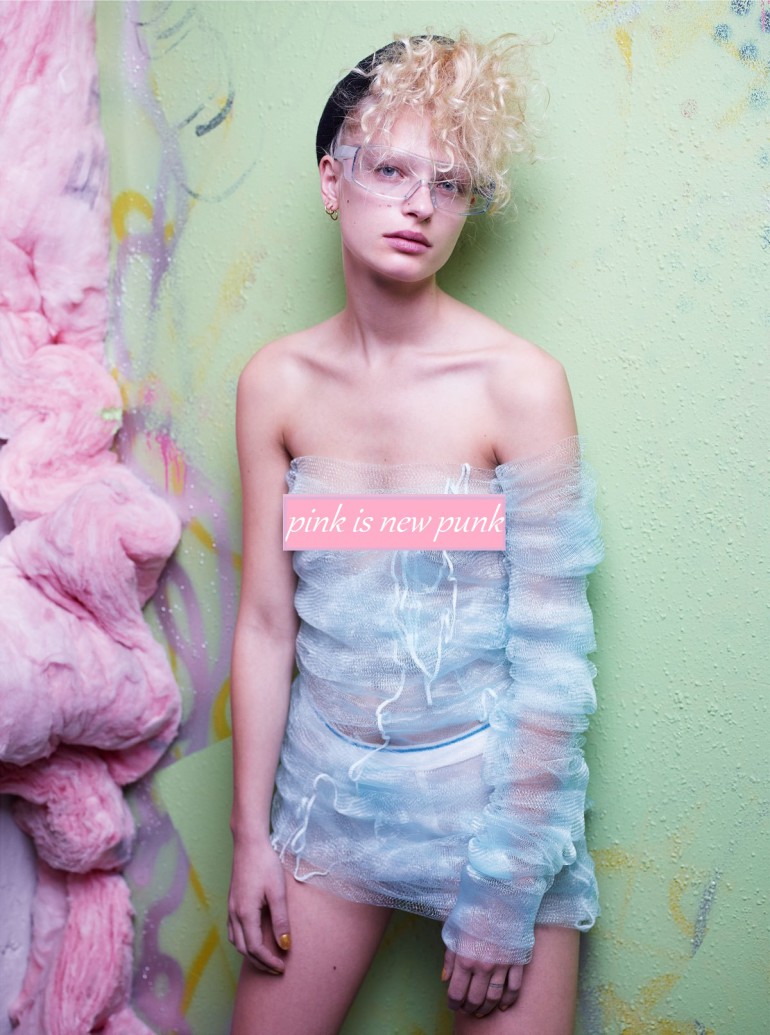 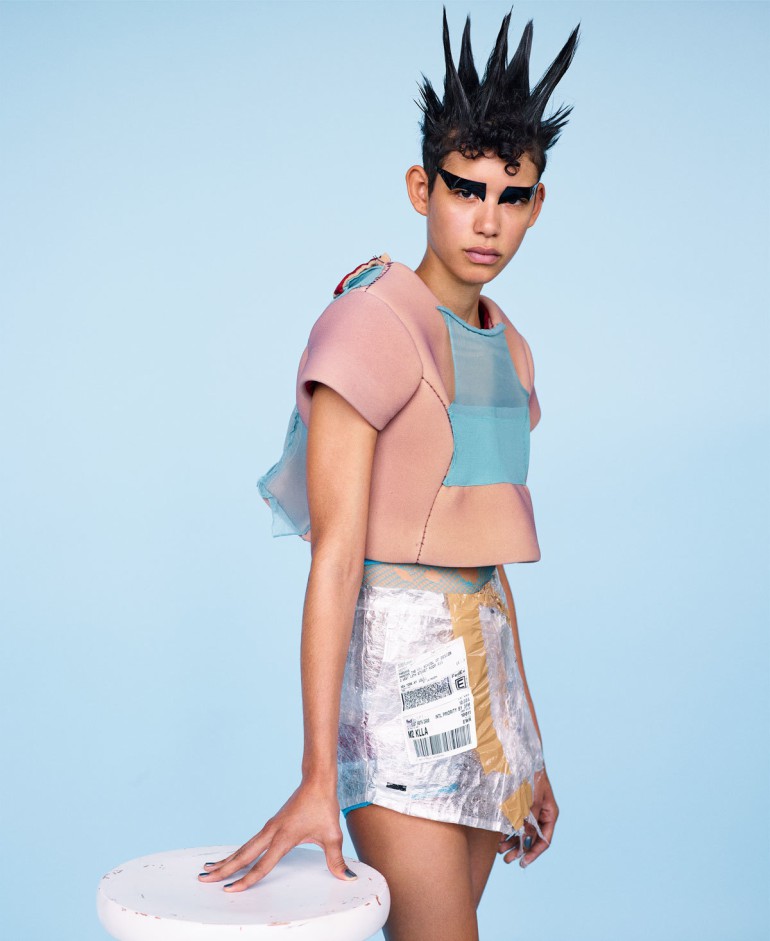 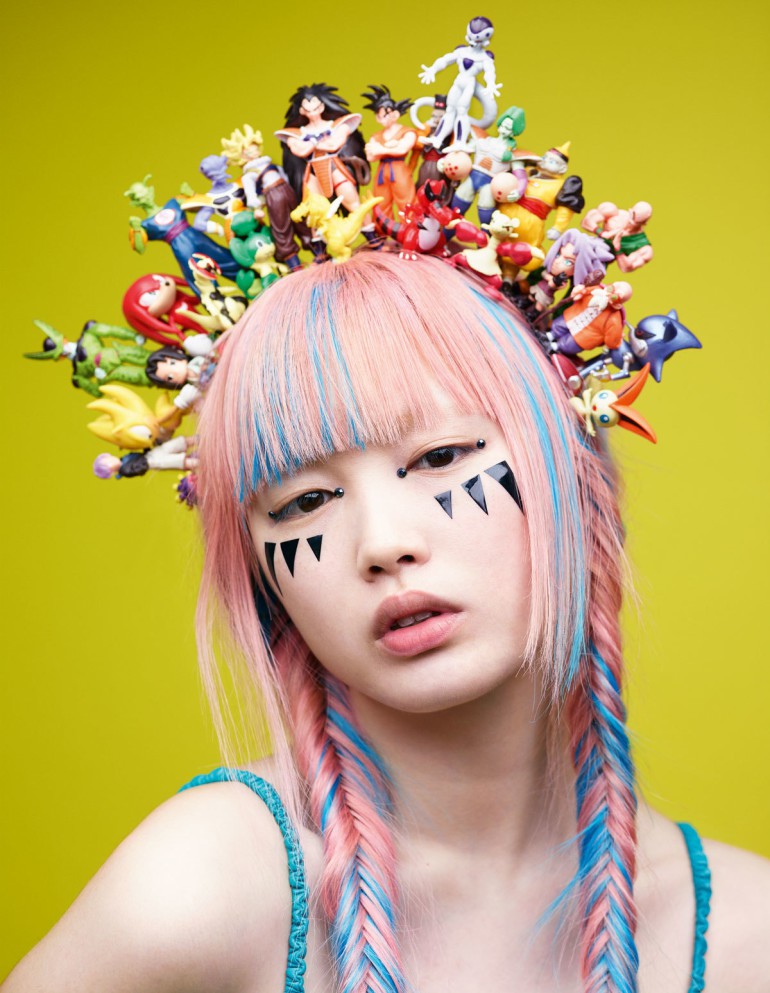 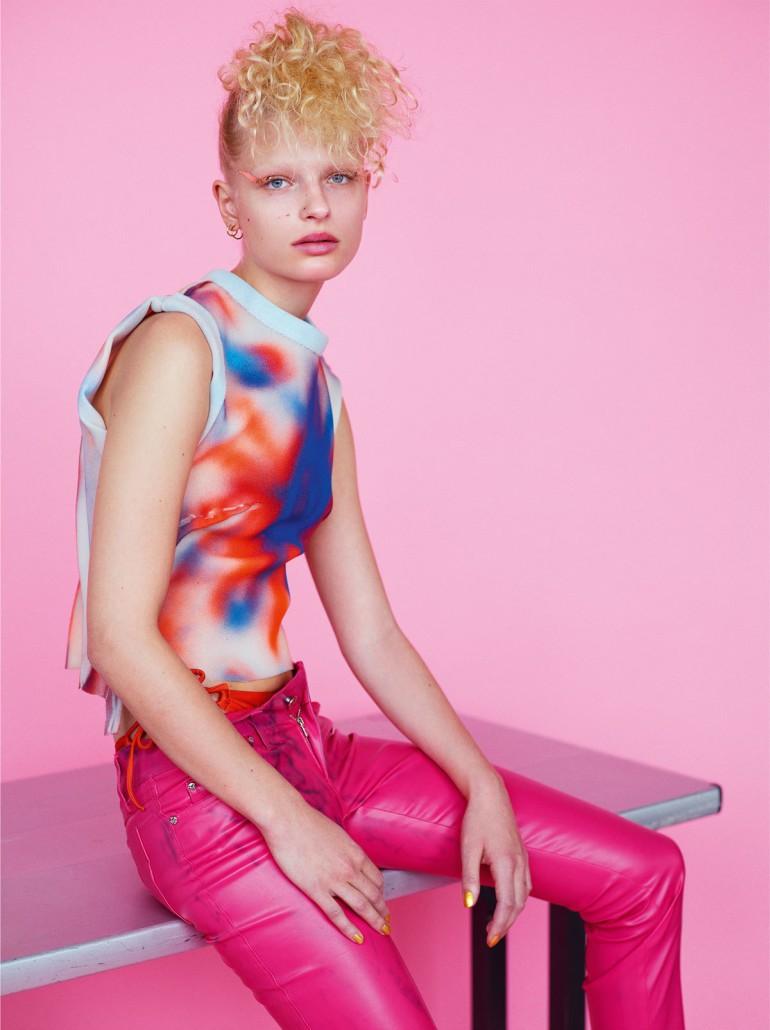 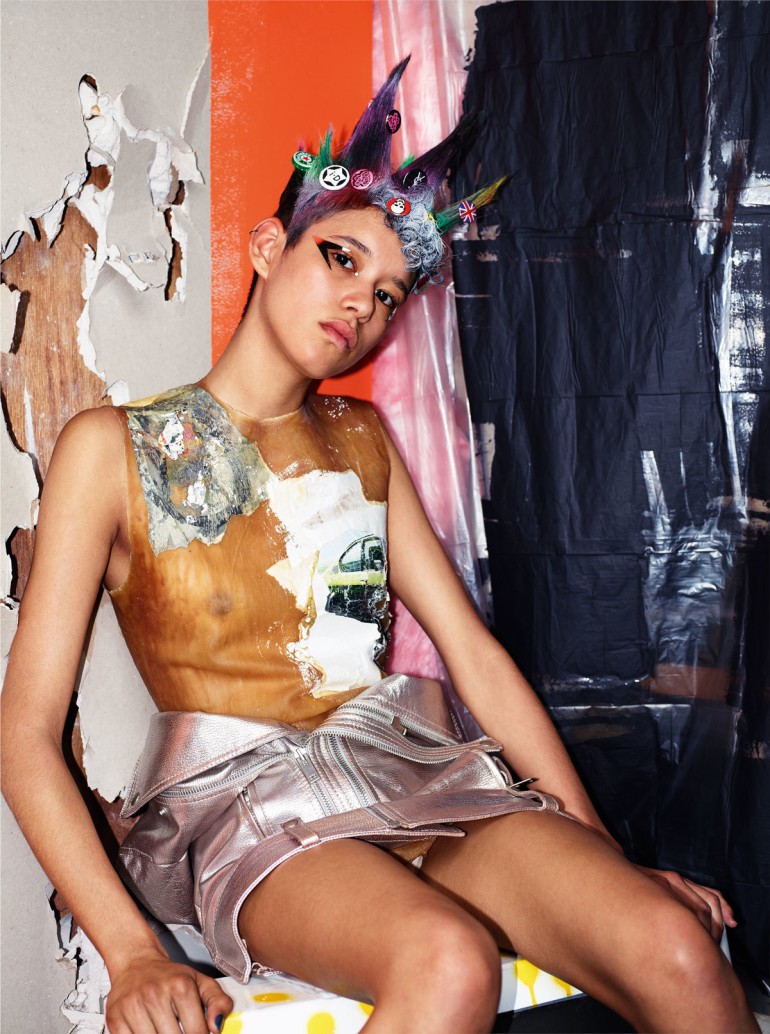 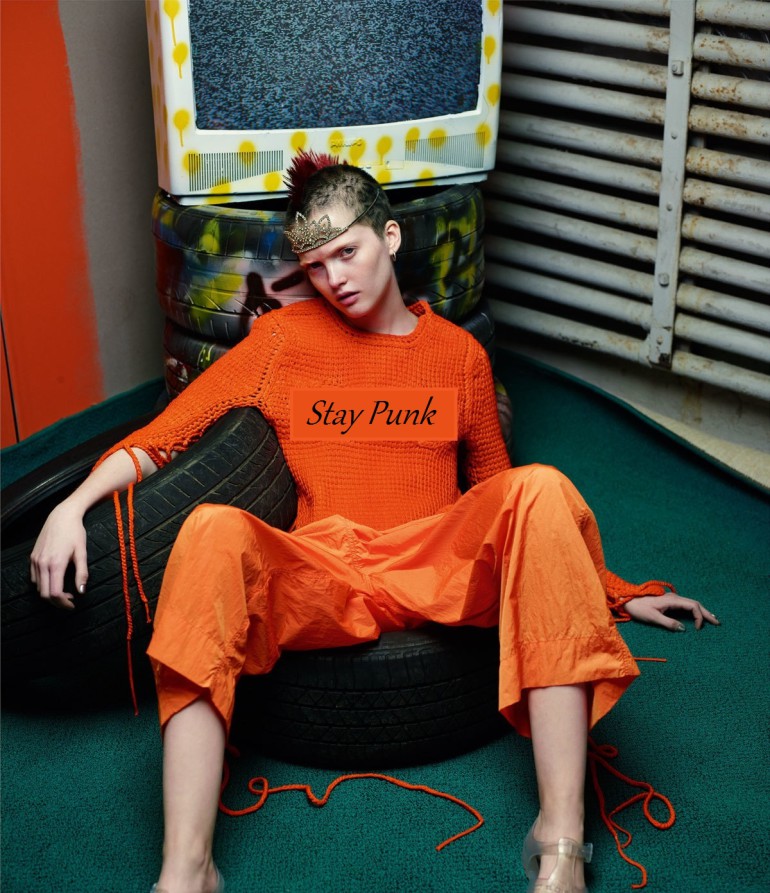 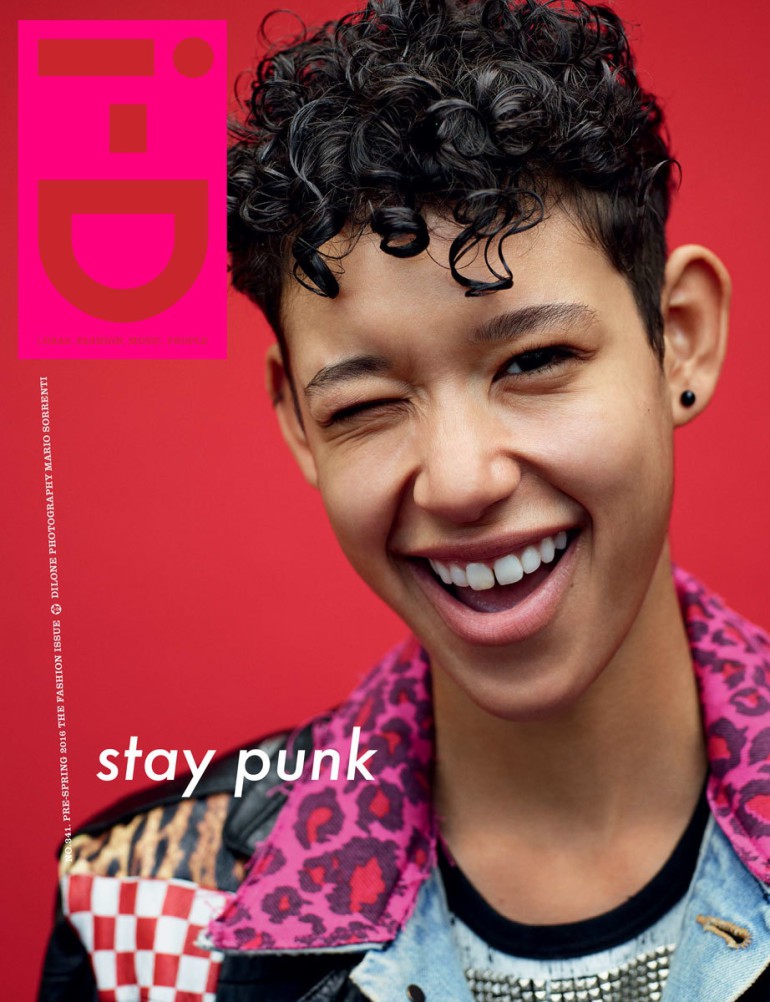 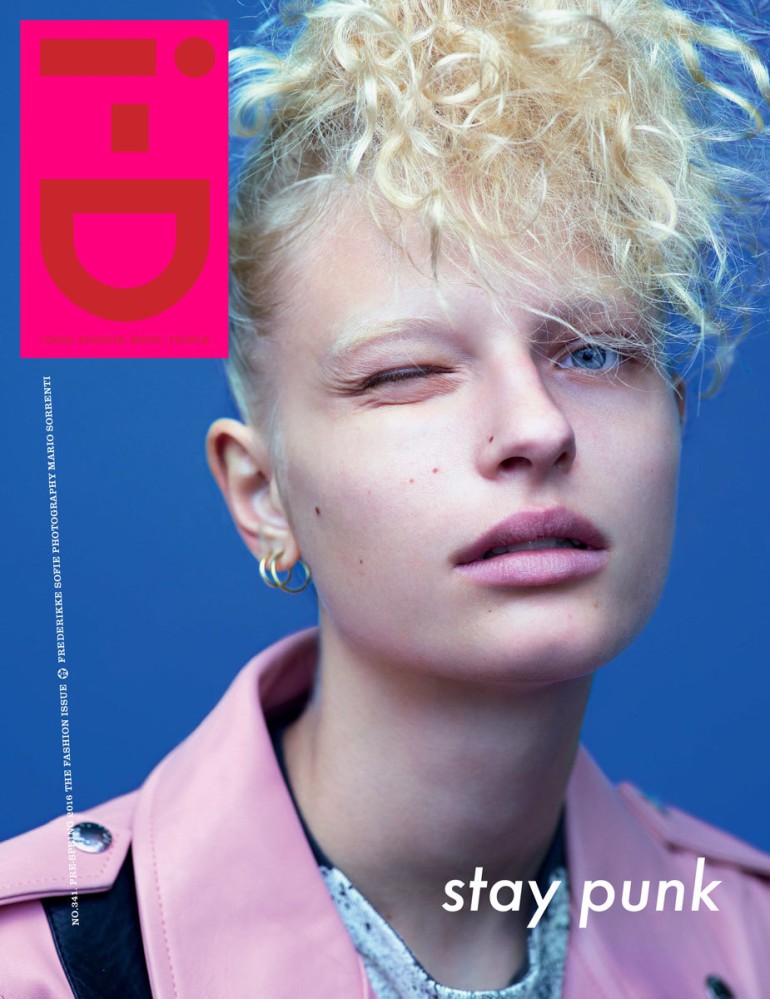 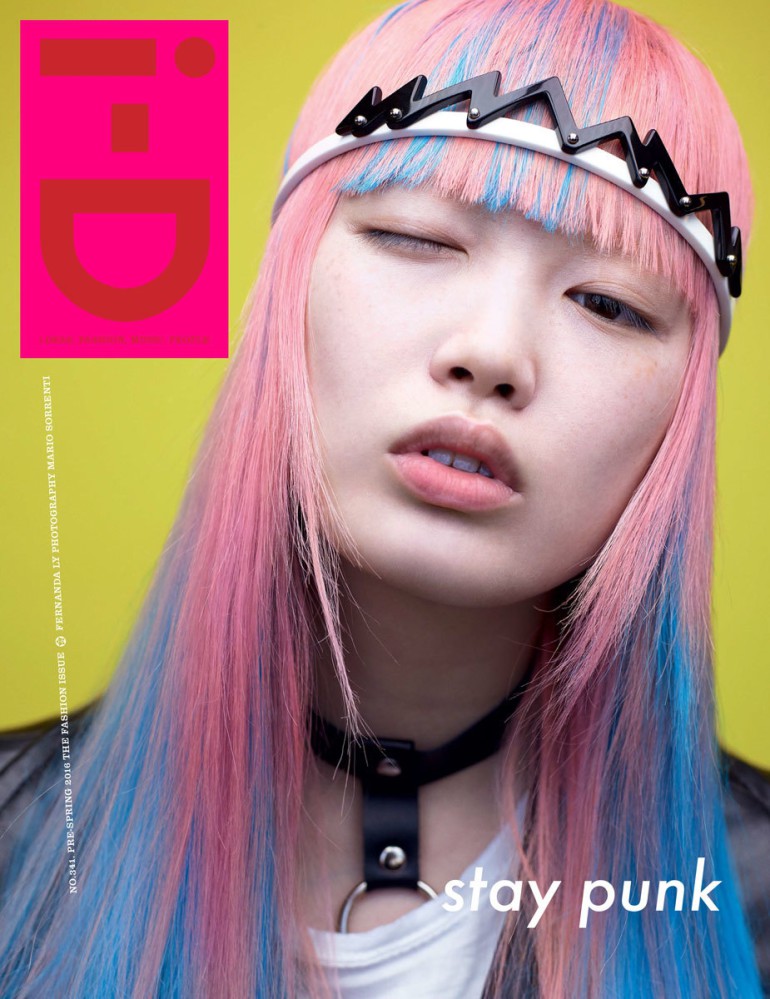 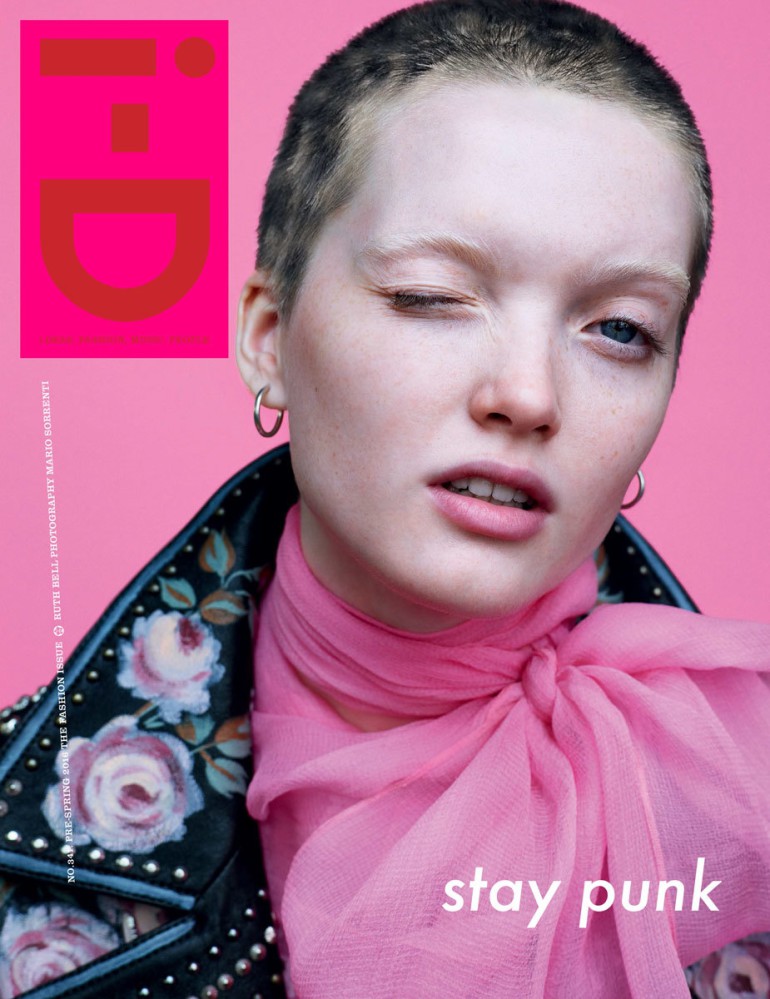 Ruth Bell Revels in Beauty of Midnight Blue in ~ Garage ~