Agnes Nieske becomes one with the sun by Sofia Sanchez and Mauro Mongiello for Numéro China, March 2016. “Voyage” into the unknown as we open a door to a room that’s been under lock and key. The sensuality of our senses kick-in bringing forth a fusion of feelings. Samuel Francois unleashes his synergistic tone with pieces that project pure power. Fabrics fall over the skin in a Silhouette of Fire, as light waves give off a refulgent glow casting fair Agnes in a sanguine shadow. These combinations capture our imagination while they stimulate our fascination. Consummate color choices give rise to the idea of creative style swapping. Adhering to the same palate options do allow Francois to take a defiant design risk. From the leathery lizard to the smooth silk of blue plastic, faux fashions have never worn so well. By moving way outside the lines of propriety we’re able to get a view unlike we’ve seen. And, that is the defining difference of which I speak. Trappings don’t scream with an ordered sense of similarity, rather they sizzle with a kind of chaotic complex. A concept that both invites excess while is manages the extreme. This layout drives a new way of being while it complies with a core of creativity.

Dancing under the sun filled sky her eyes are alive with the taste of Spring. Radiance penetrates the page as each picture portrays the season of change. Nude brows & lashes bring the real, as Pamela Cochrane rediscovers the art of naked beauty. Makeup melts in the heat while tones are saturated with a youthful glow. A trio of neo-chromatic colors force their way through as red, yellow and blue fly like flags of femininity. Subtle shades of the lambent light touch each feature like a face in flight. A tint of pigmentation is cast over the skin exposing each move like prayers from within. Lost in luminosity, poetic pieces coil in creative congress as each curl keeps us captive. Ashley Javier delivers some of the most poignant shots of the story, with a low bun hiding in the hair’s back. Bangs forge an S shape line cascading down the cheek’s – desert winds move through the aire as Iguana’s silence speaks. 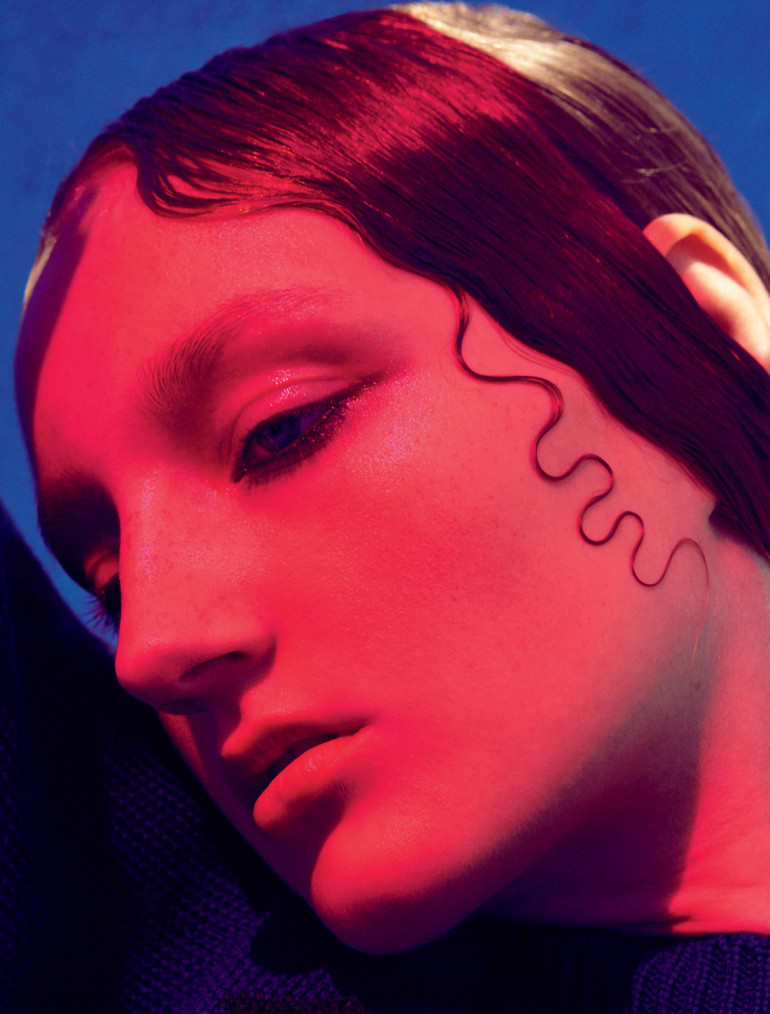 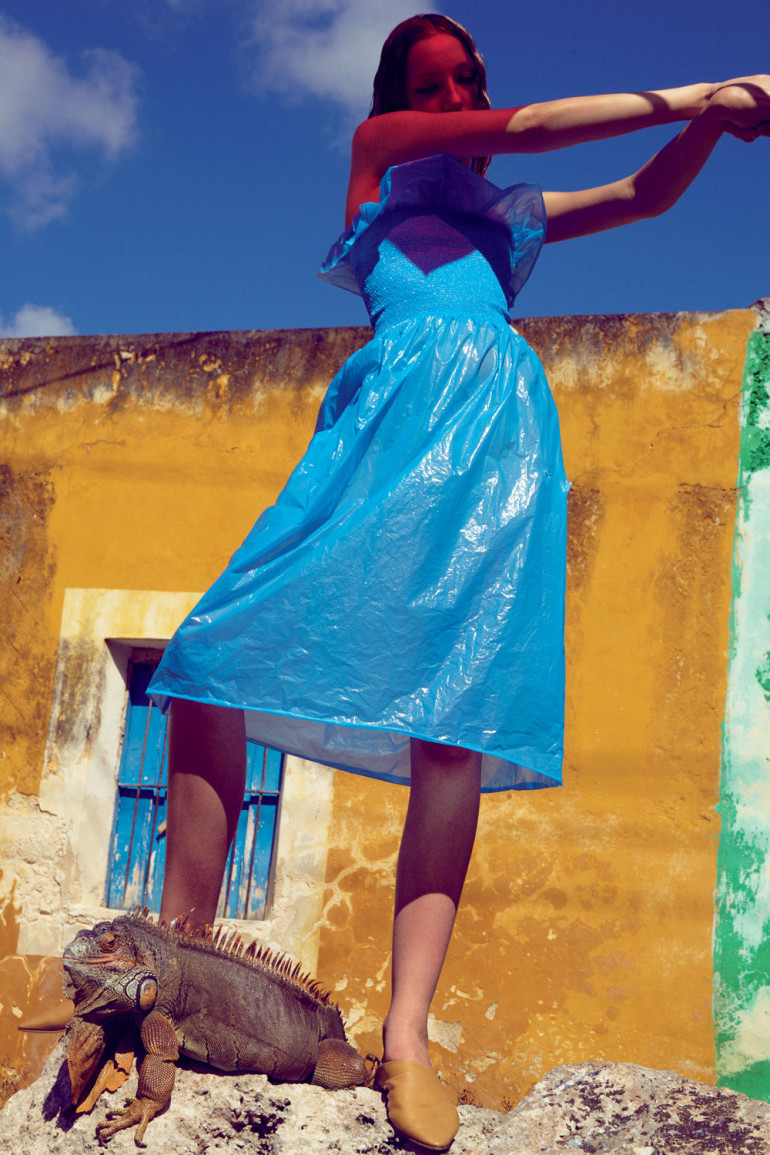 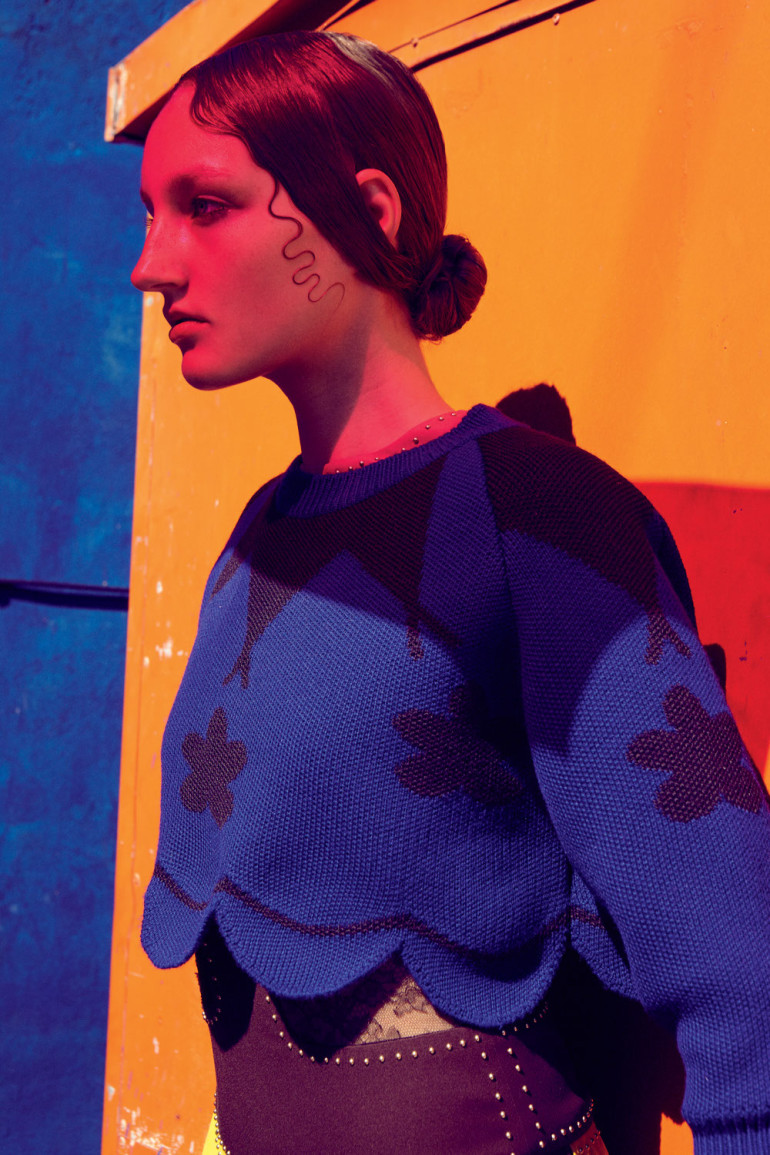 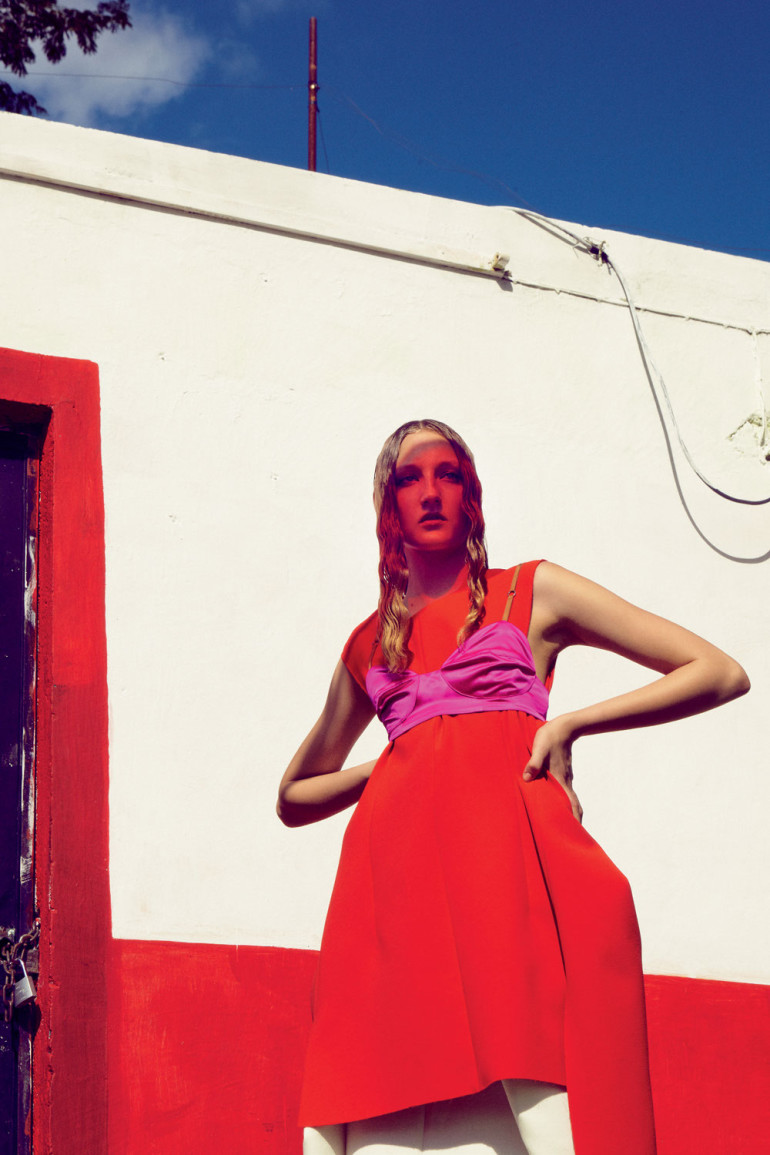 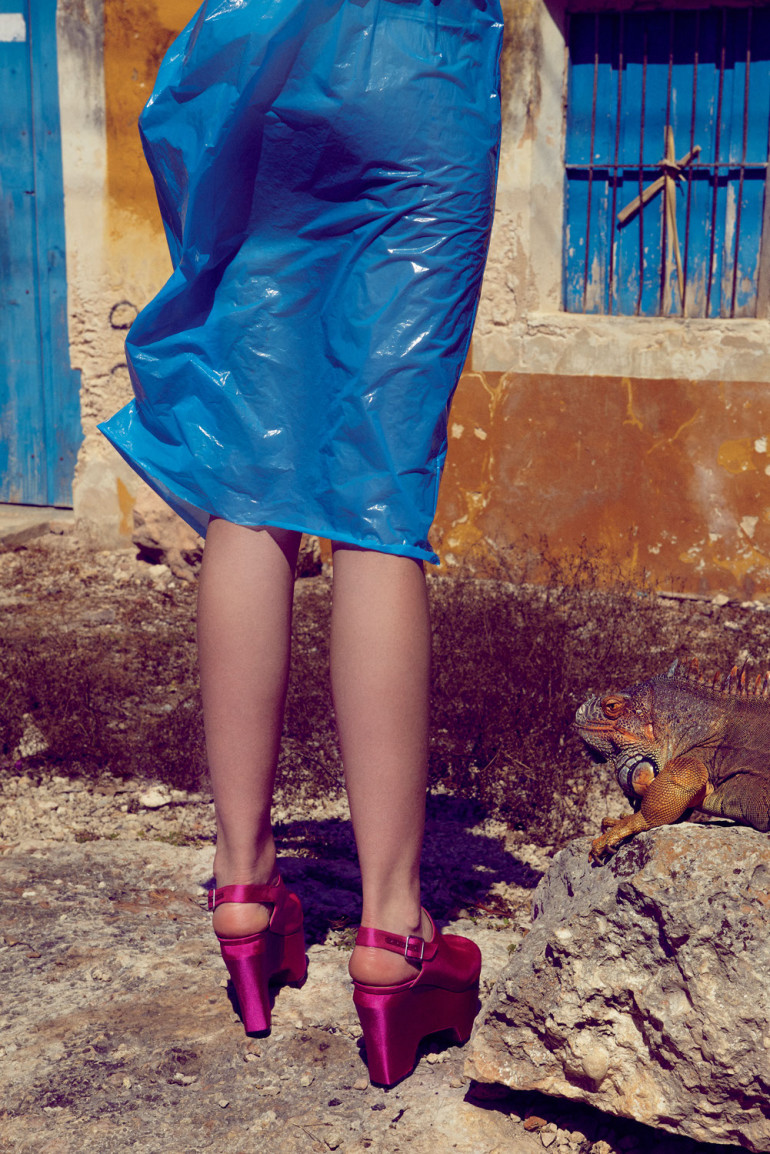 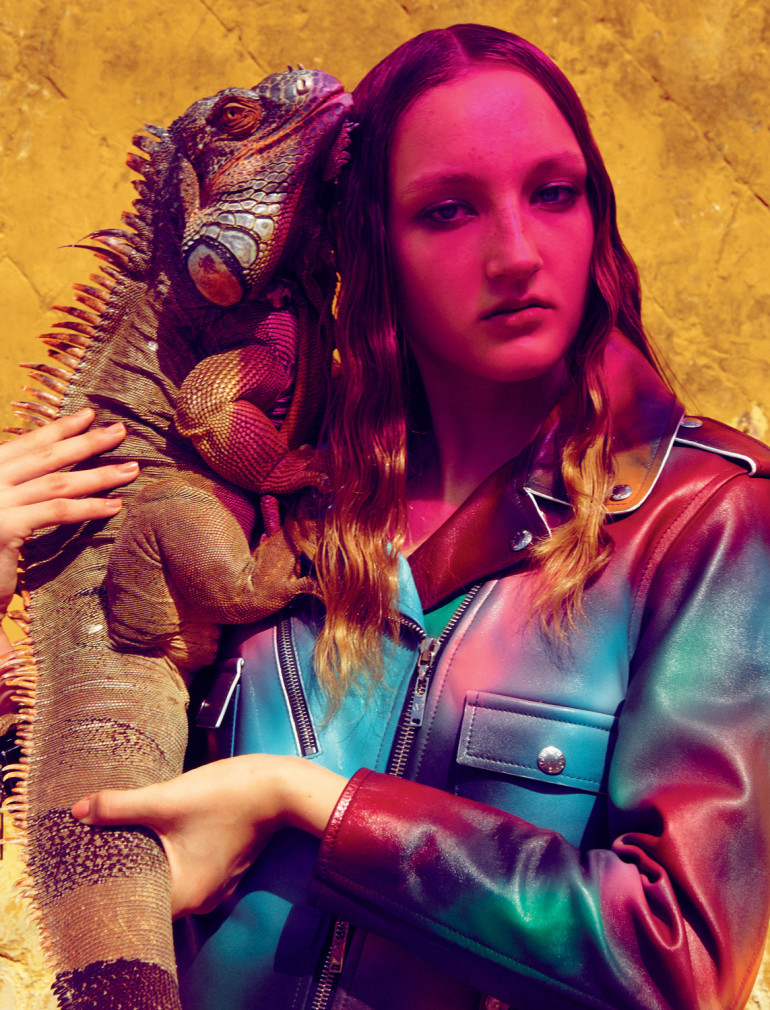 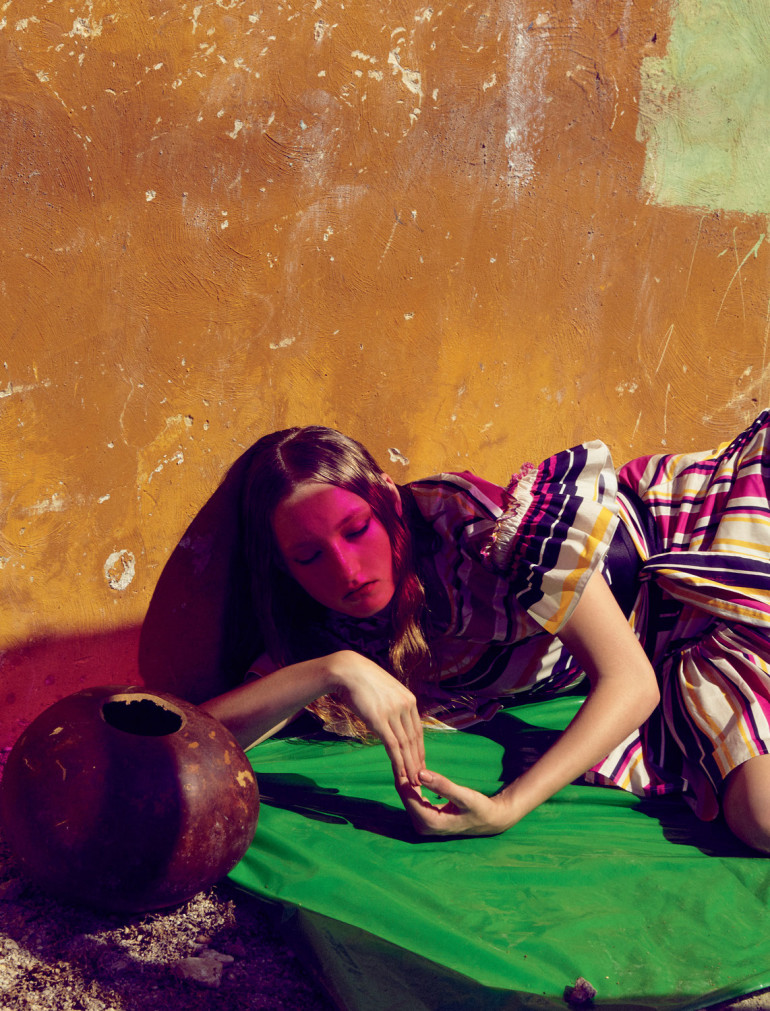 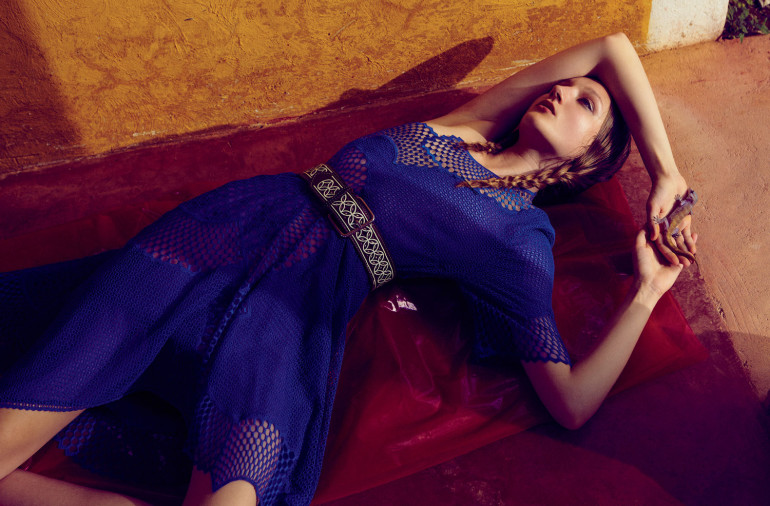 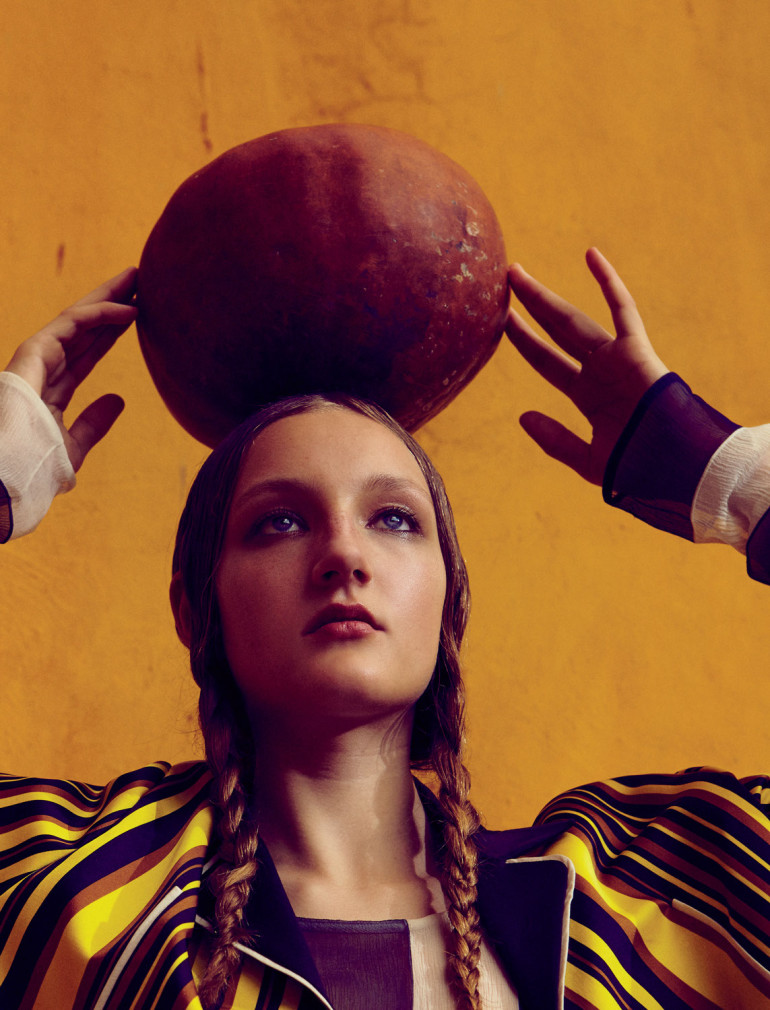 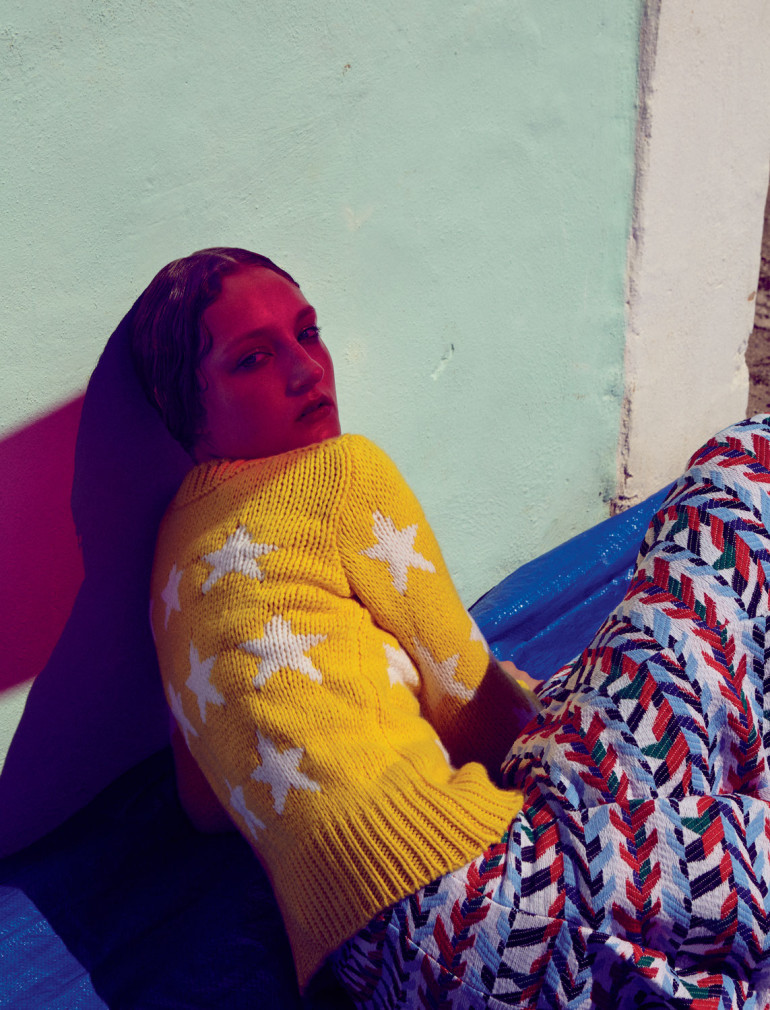 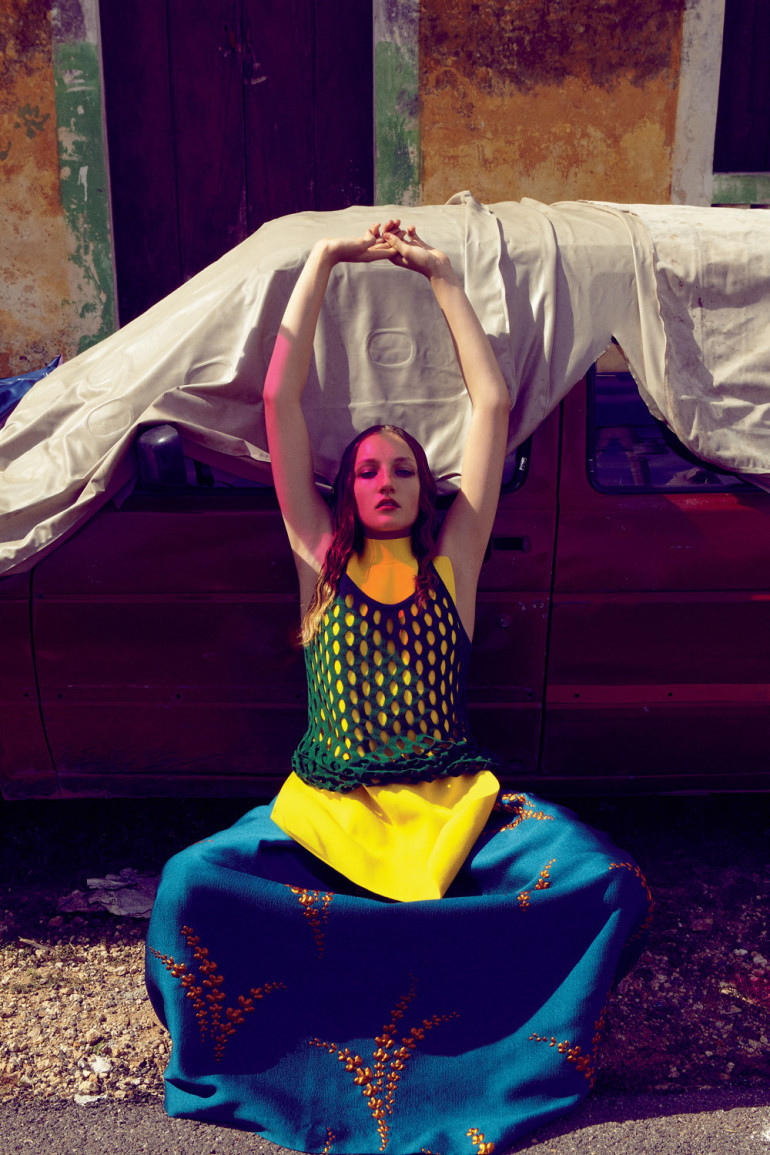 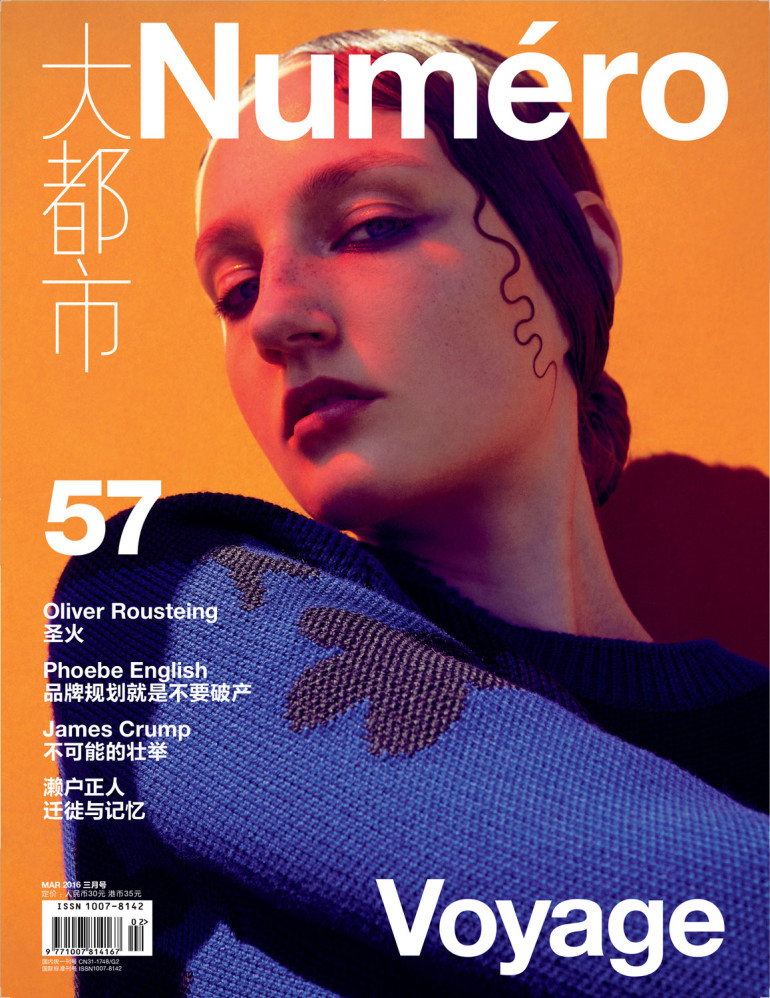