Anna Cleveland and Violet Chachki play a little jailhouse jubilee in “Caged Heat” by Steven Klein for Interview Magazine, 03/16. Pushing the procession of provocation, this breaks barriers as it redefines gender-bending. Following Cleveland into the fray, we watch frocks rock as hips start to sway. What I wear will never be confined, as who I am can’t be defined. Lifting a wallet may get you in, but it will take more for haute couture to fall off this girl’s skin. Stylist, Ludivine Poiblanc, redefines the concept of excess, with a dynamic array of “locked up” luxury. What I put on I can as easily take off, but, who I am is another story. A concept captured in few words. By breaking through the deep held ideas of sexuality, Klein uses a jail house setting as a metaphor for life. That which holds us sets us free. By showing both sides we get a fix on the fact, that focusing on differences only forces a divide. Daring to explore we find that it’s our unique qualities that truly allows us to flourish. Dressed in drag Violet celebrates the belief that inclusion invites as extremity insights.

Set Designer, Jesse Kaufmann, keeps things authentic with an atmosphere that, while dark in nature, provides a prophetic tone. Falling into a chasm of creativity, Anna & Violet venture out in one of the most fashion forward pictorials we’ve seen this season. Beauty burns through the page as they borrow their ballsy attitude from film. Charlie Himmelstein watches these girls work the system, as he finds himself caught in sheer excitement. Scenes unfurl as Kabuki floods the face with peachy cheeks and dramatic lips. Crazy makeup collects extreme color combinations, as brows drive high over the eyes inviting icy-blue shadow to glow. Faux means go with long fluid lashes, while the mouth says stop outlined in red. Decadence drips over the body as accessories takes us deeper into the fold. Locked in a cage… I won’t be enraged… I’ll instead spend my time on a hair-raising crime. Didier Malige builds sophistication with a wide array of flowing head scarfs, while a reverse “Victory” roll goes glam with a wigged out dew delivered as conceptual coiffure. To fly is… To Know Why The Caged Bird Sings. but a bird that stalks down his narrow cage, can seldom see through his bars of rage – (Maya Angelou). 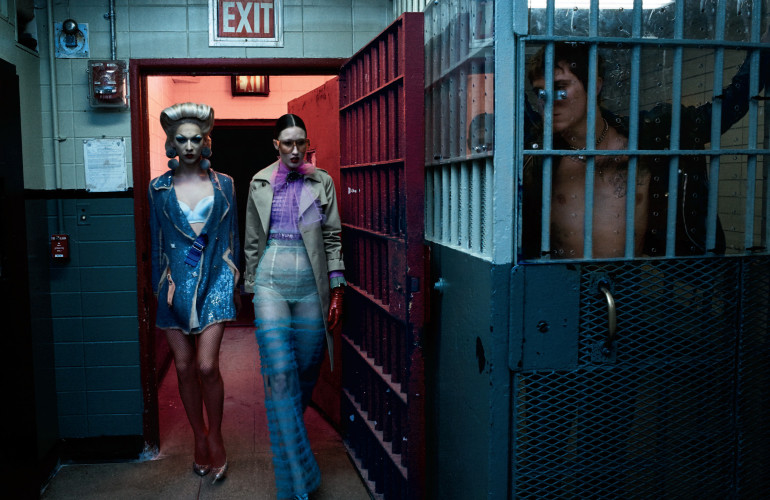 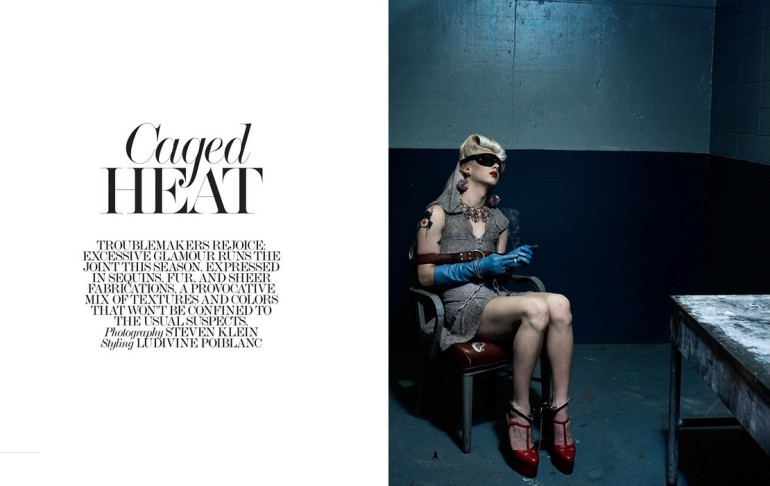 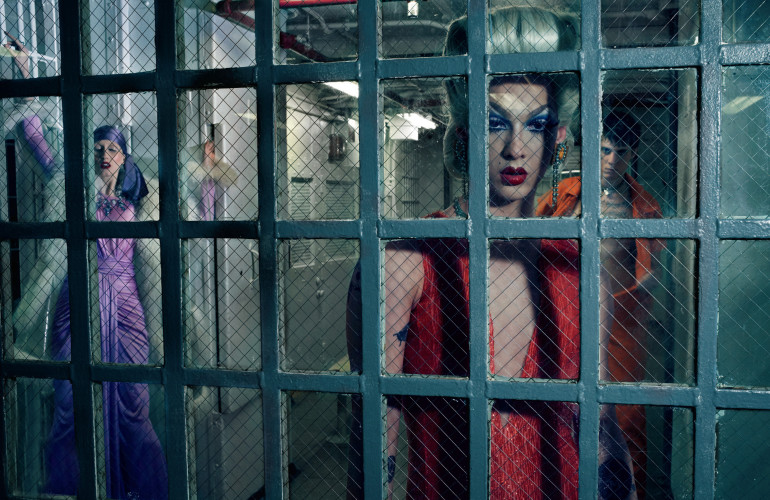 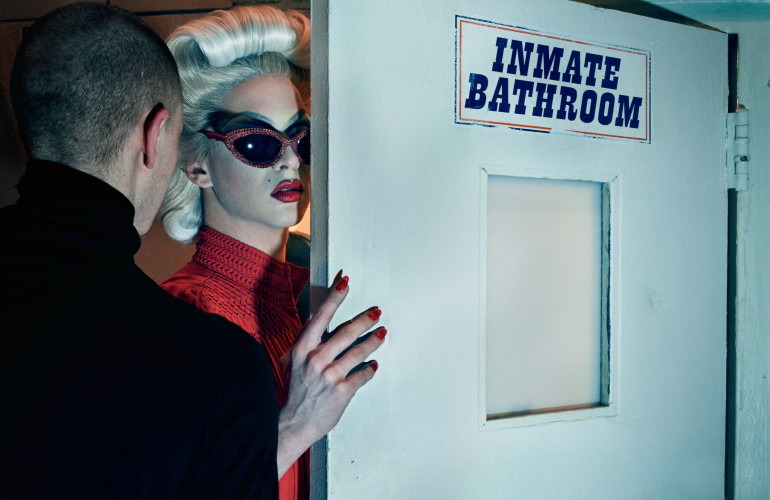 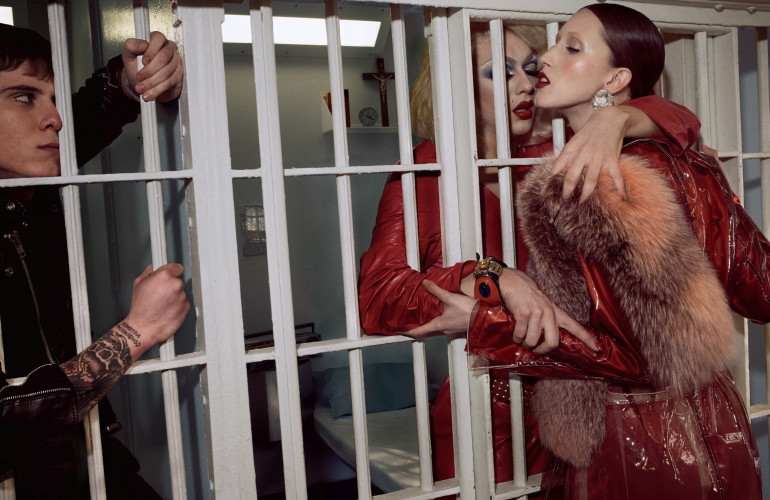 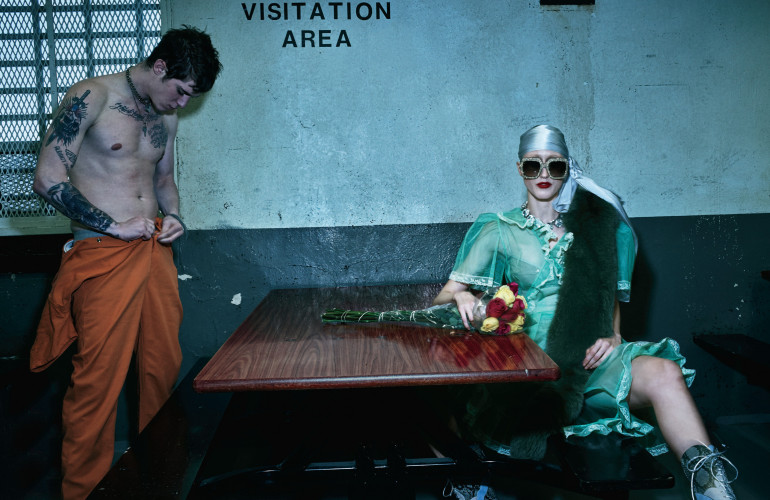 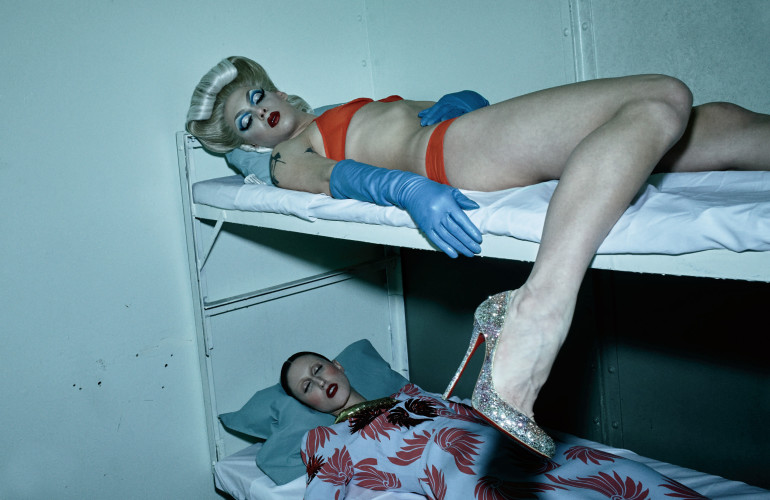 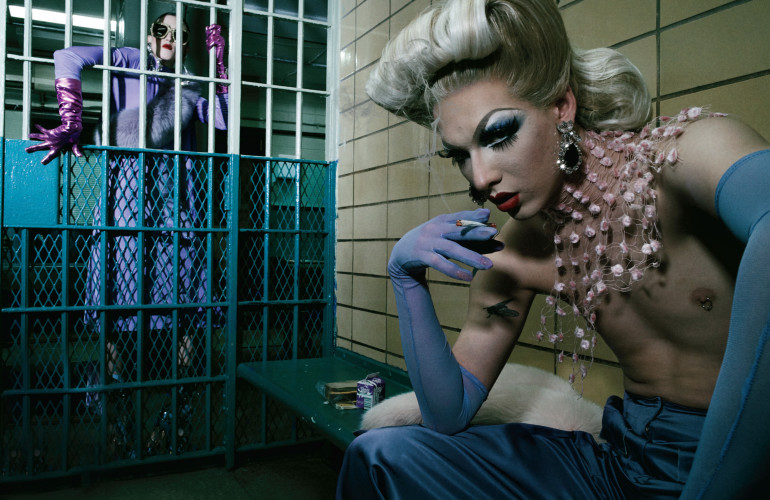 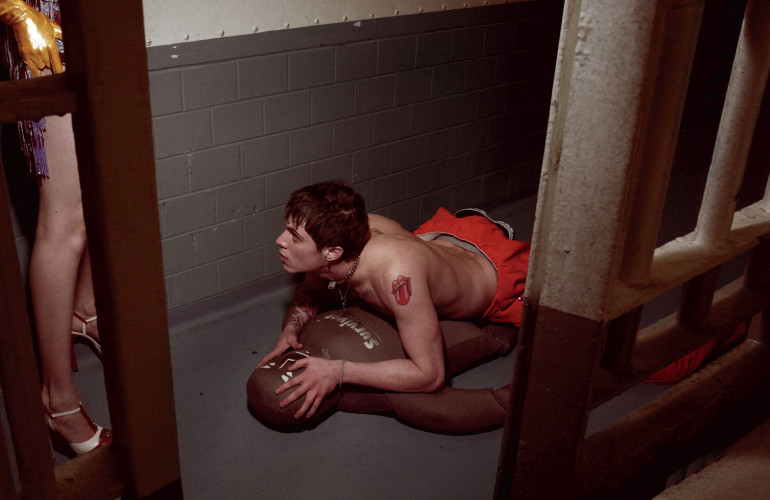 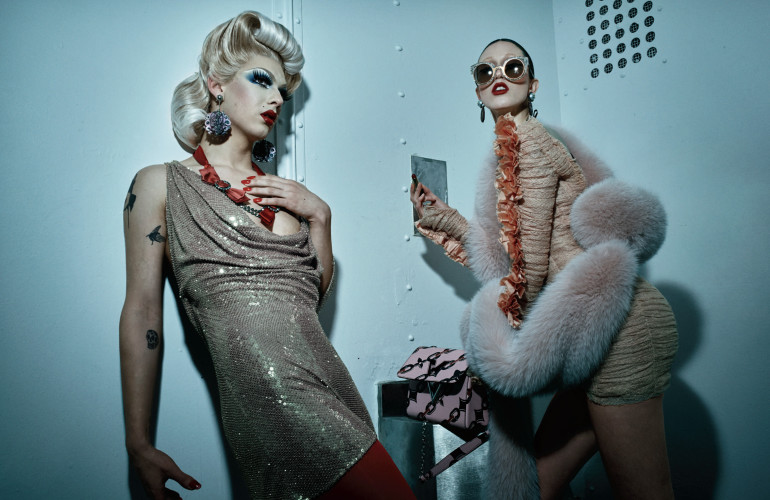 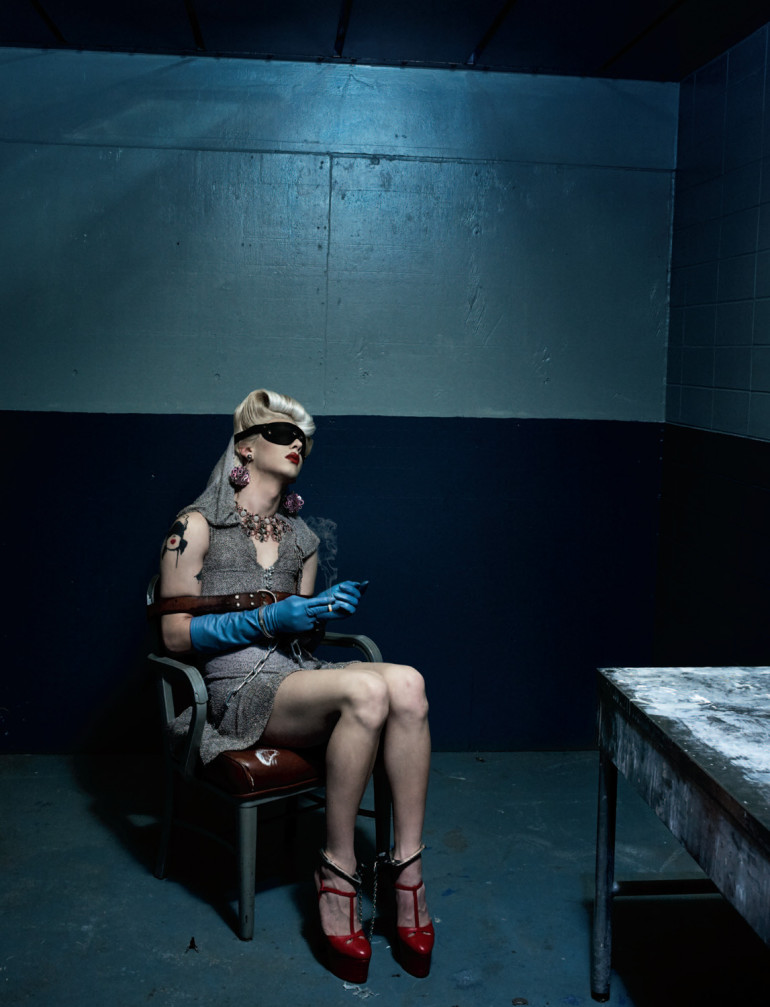