Daphne Groeneveld is flanked in a flurry of florid fashions by David Roemer for Zoo Magazine No. 50, S/S 2016. Each image projects a sense of enlightenment as it redefines avant-garde artistry. Stepping into another world, this story touches on what I call the sense instrument. To let the eyes peruse over each page is to let your mind be intoxicated with possibility. The enchantress of accouterments floats through the scene, existing in a world where all is but a dream. Pearls are stacked at the base of the neck as chains hang down the front of her chest. Belted collars are placed in-between, as excess is seen through the eyes of extreme. Joanne Blades uses the subtle shifts of modernity to explore the art of high fashion. Decadence is displayed with a design created by chain-linked couture. As pink chiffon wafts in wistful reverie, with a dark overthrow matching to perfection. The simplicity of noir falls in fluid form as cut-outs surprise like silence from a storm.

In one of the most surprising stories of the season, Ozzy Salvatierra brings forth beauty from beyond. Expressing this as merely makeup would be a travesty, so I will continue with a caveat – to understand the choices we must honor the face. Using one of the industries (natural) beauties, Ozzy impresses us with his compelling connection to Daphne’s skin. This opens our mind to a new way to see by throwing away our archaic concepts on cosmetology. Playing with the idea of proportions, linear motions move across the lids, proving that conceptual constructs are limiting. Black lines surround the eyes as faux lashes are drawn beneath. As moody shadow mimics the night letting skin erupt like stars in the sky. Going to blow a glitter bomb explodes from a splash of silver to a face full of shine. Ward Stegerhoek marries the momentum of millinery with the element of surprise. While a veiled cover falls over the top, held over the head by hanging leaves. A masqued fascinator is topped with a silkened bow, as coiffure displays the sculpture of hair. Cascading Forth in a Canvas of Creation… designs are drawn in a fury of flight as linear motion turns from dark to light. Coiling and flirting wrapping this way and that, black & white burst in a causeway of craft. 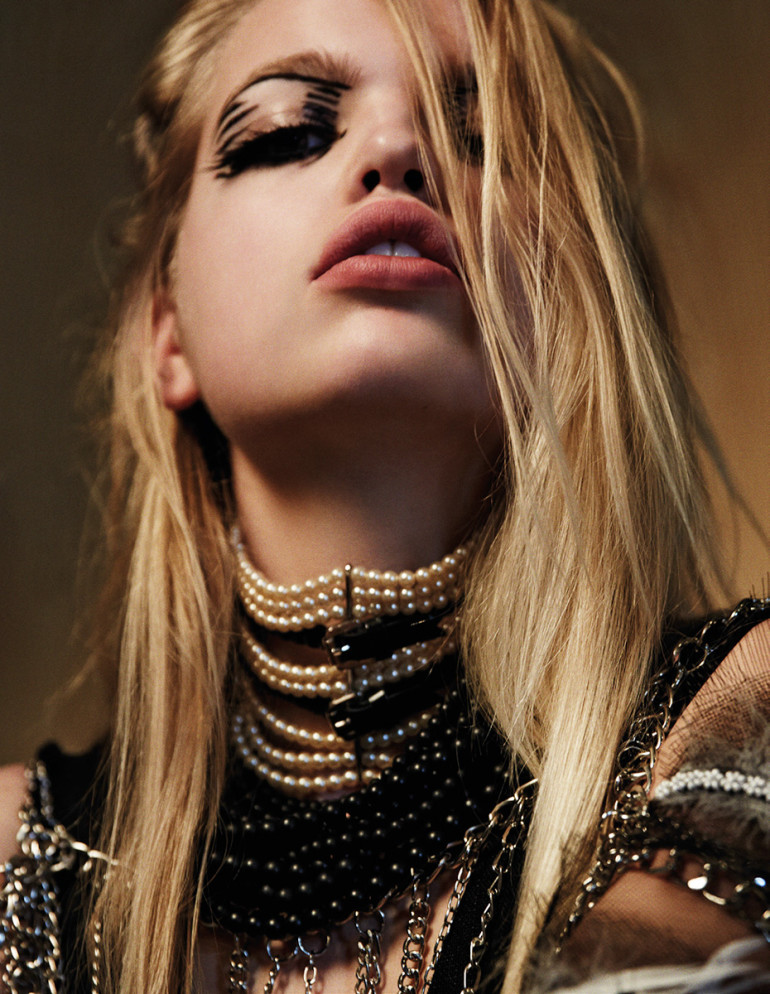 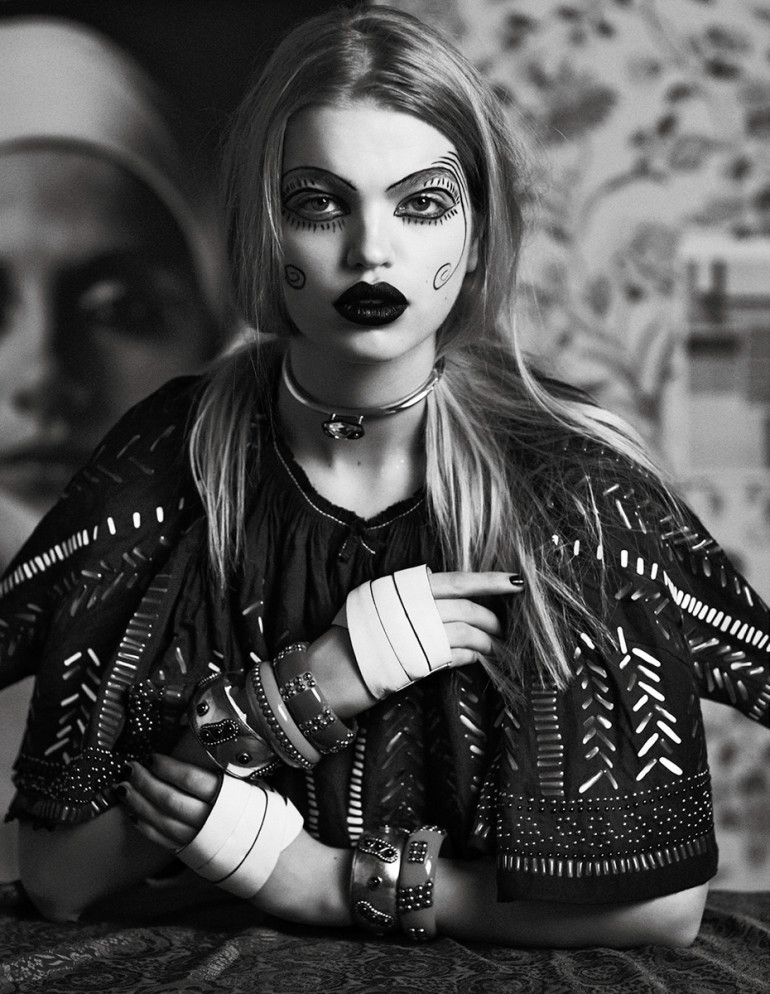 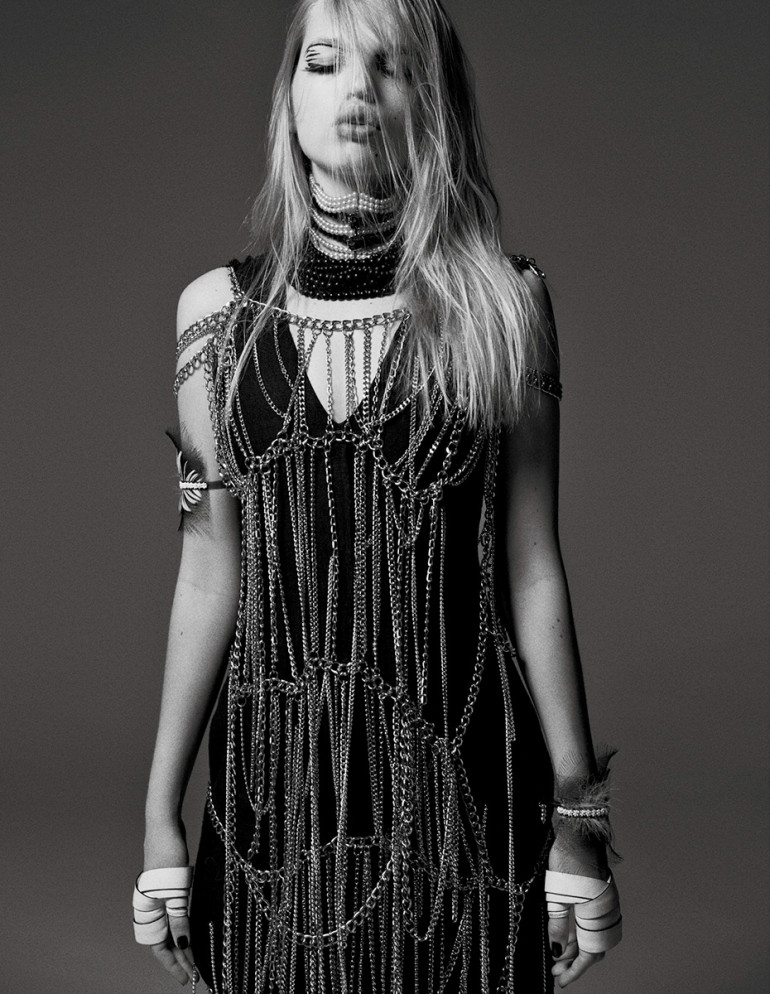 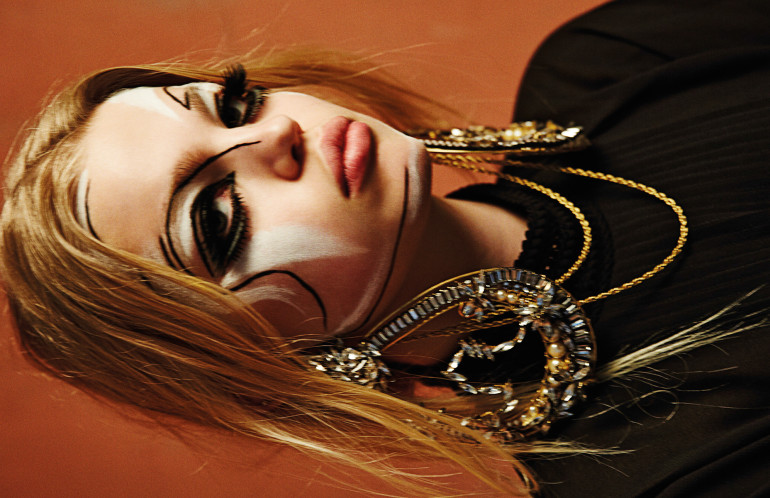 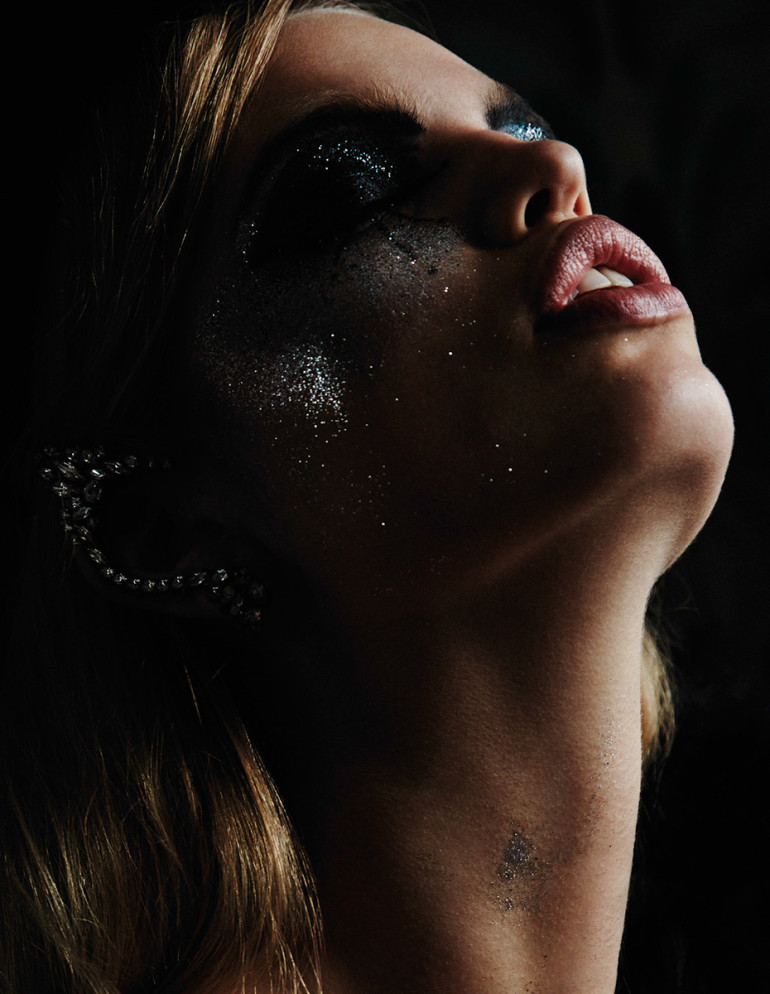 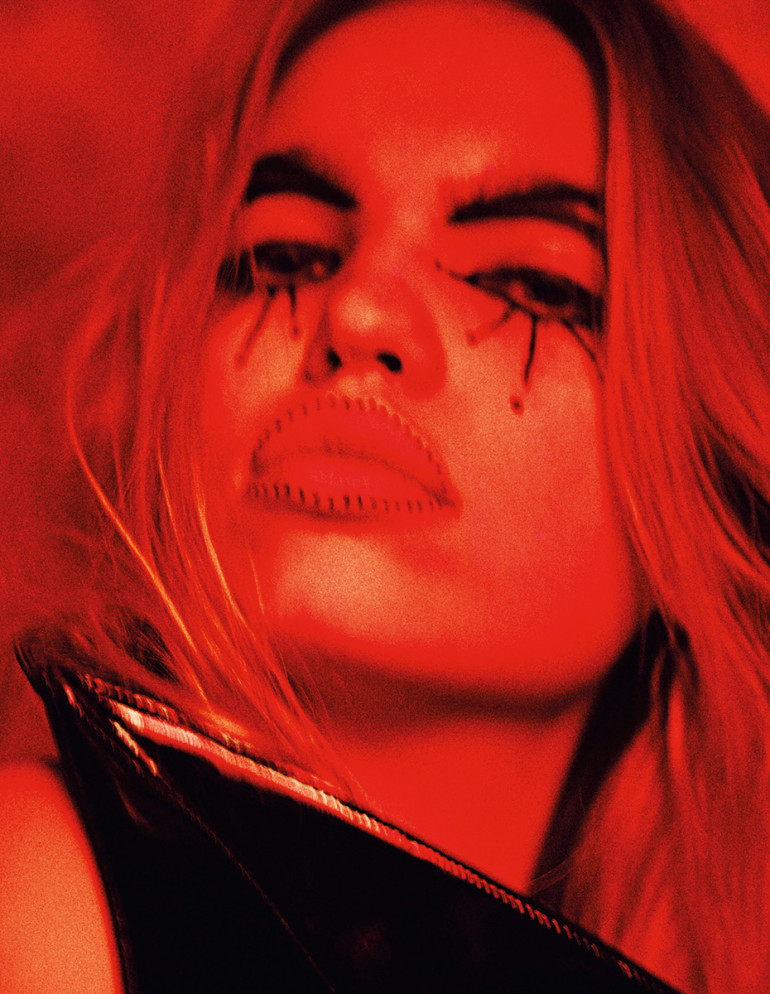 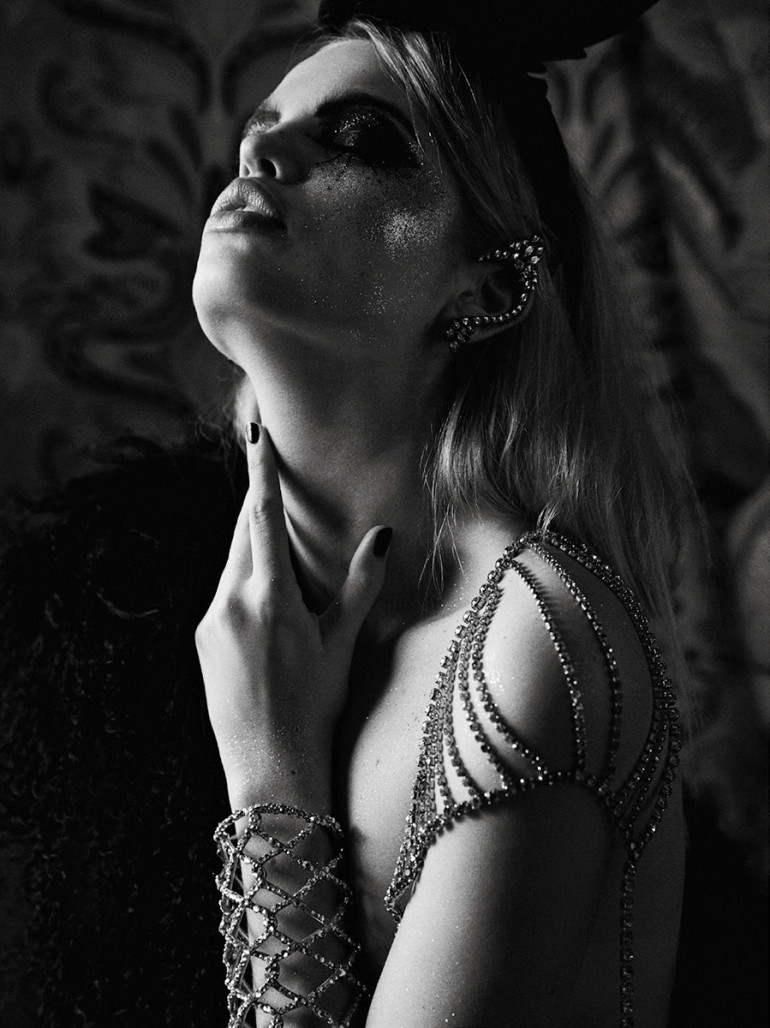 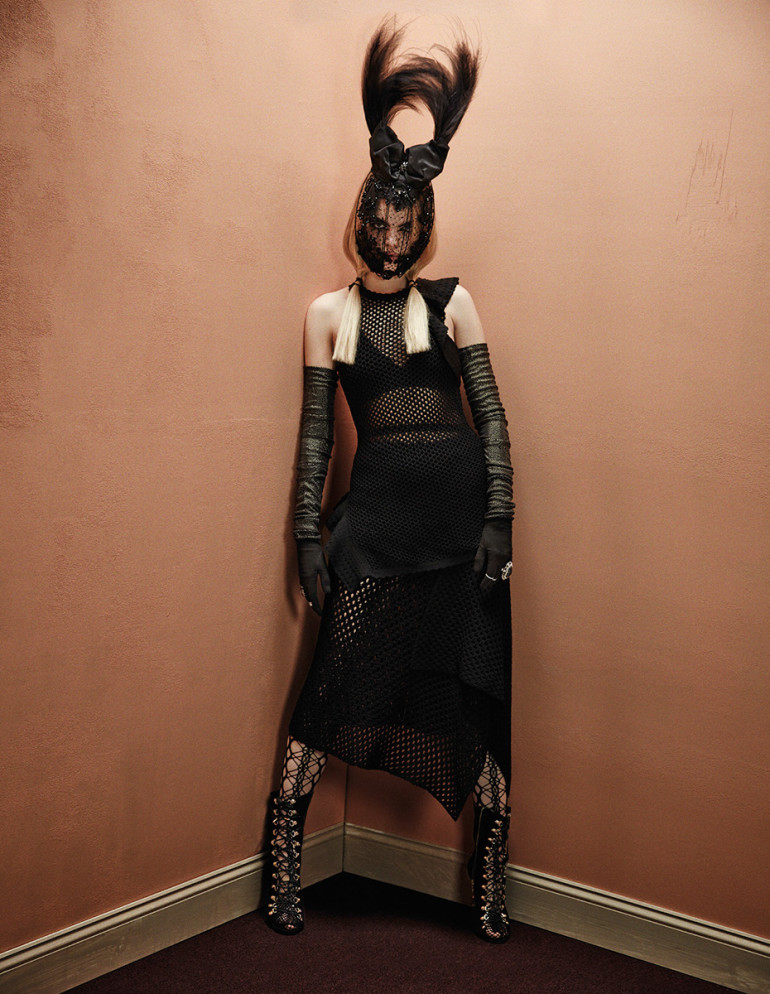 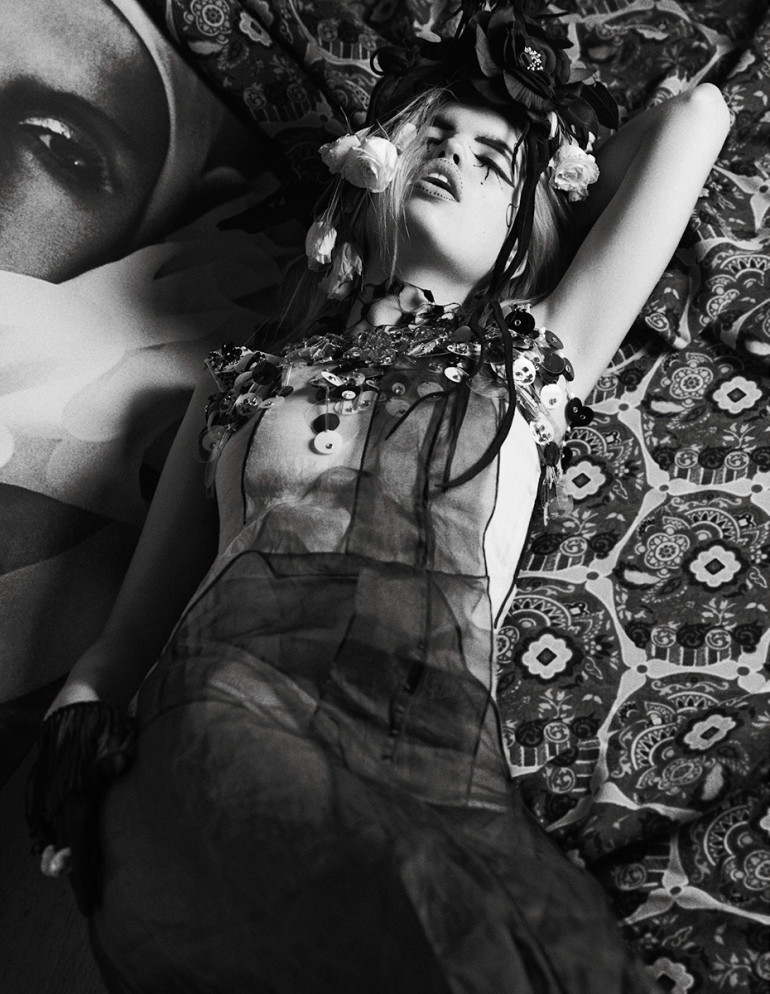 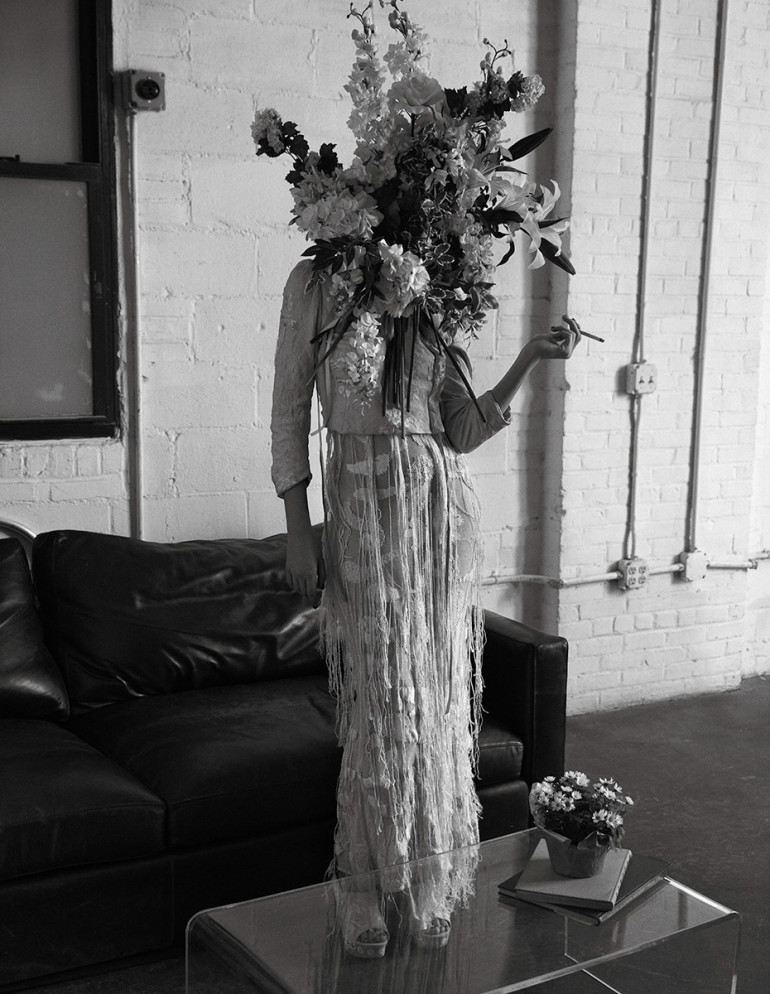 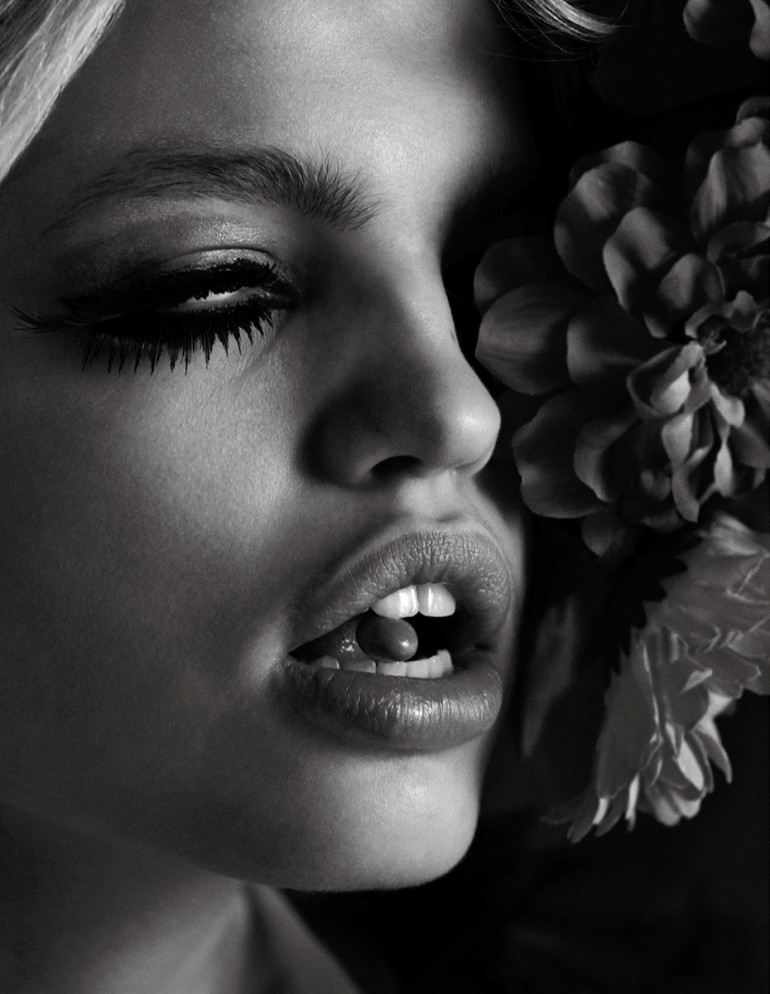 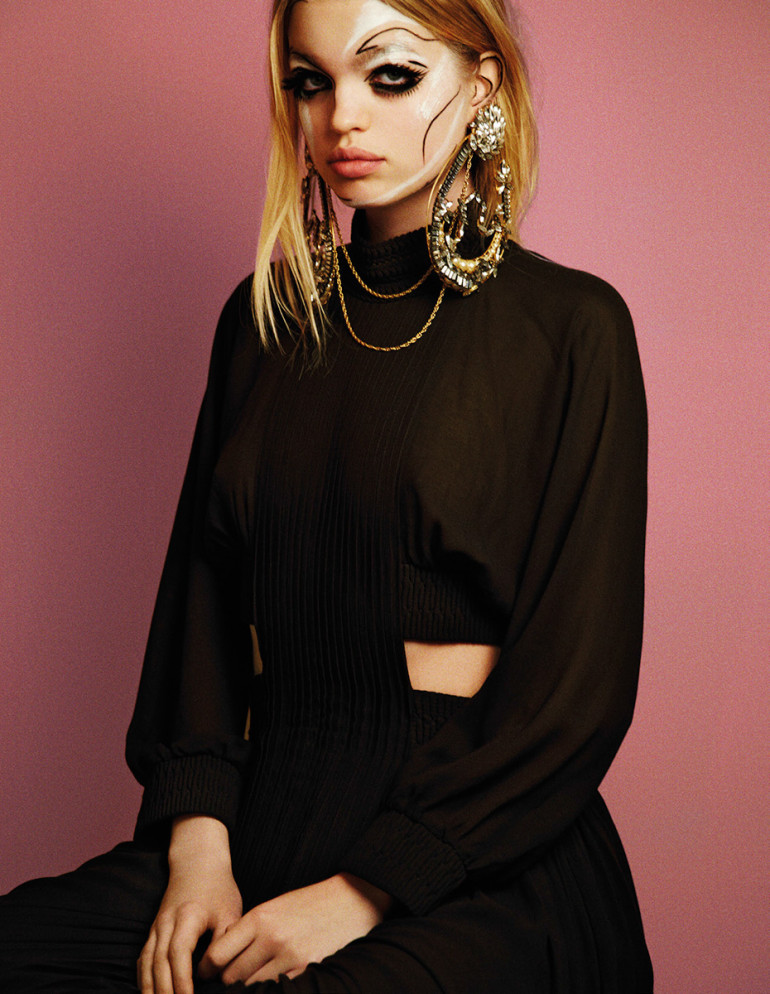 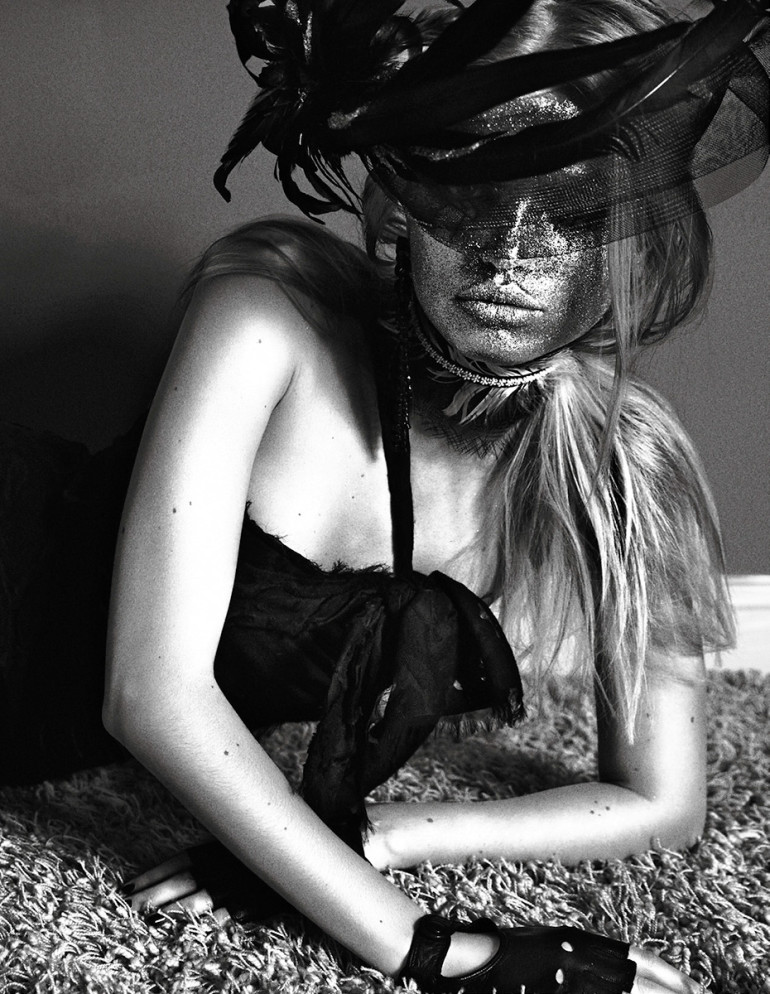 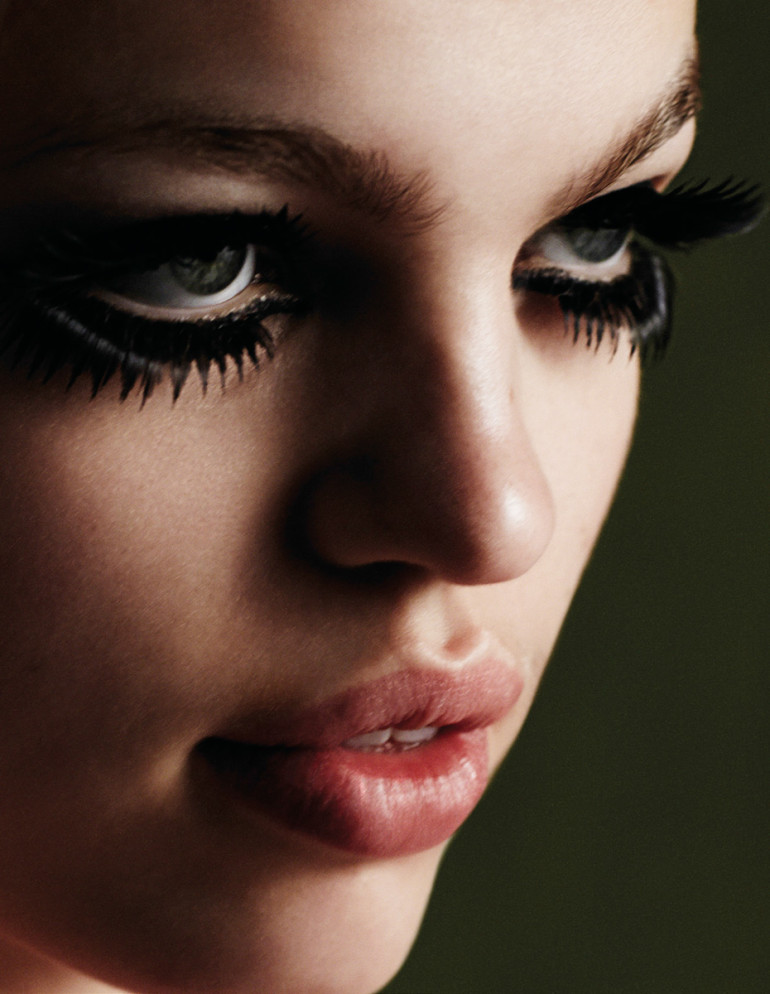 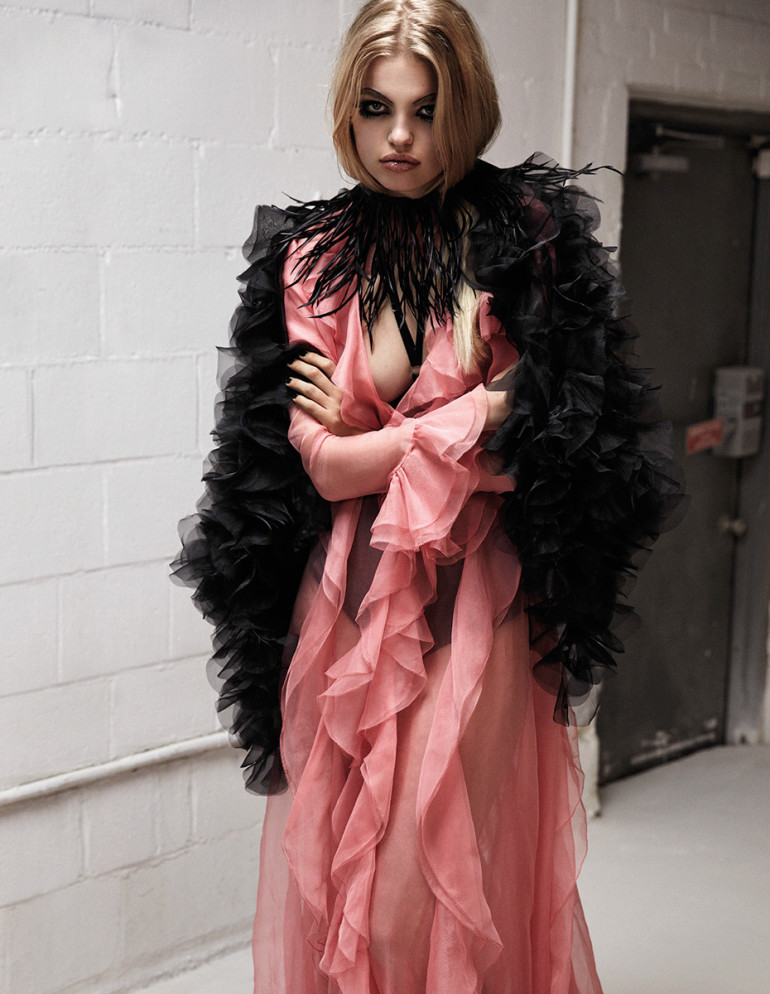 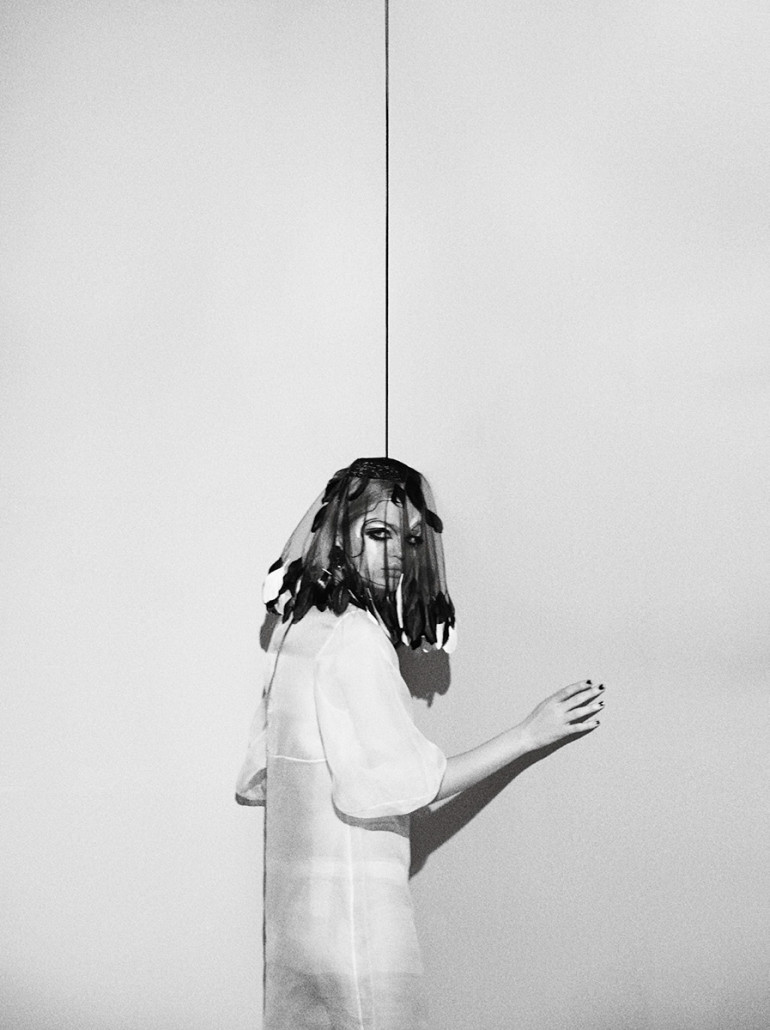 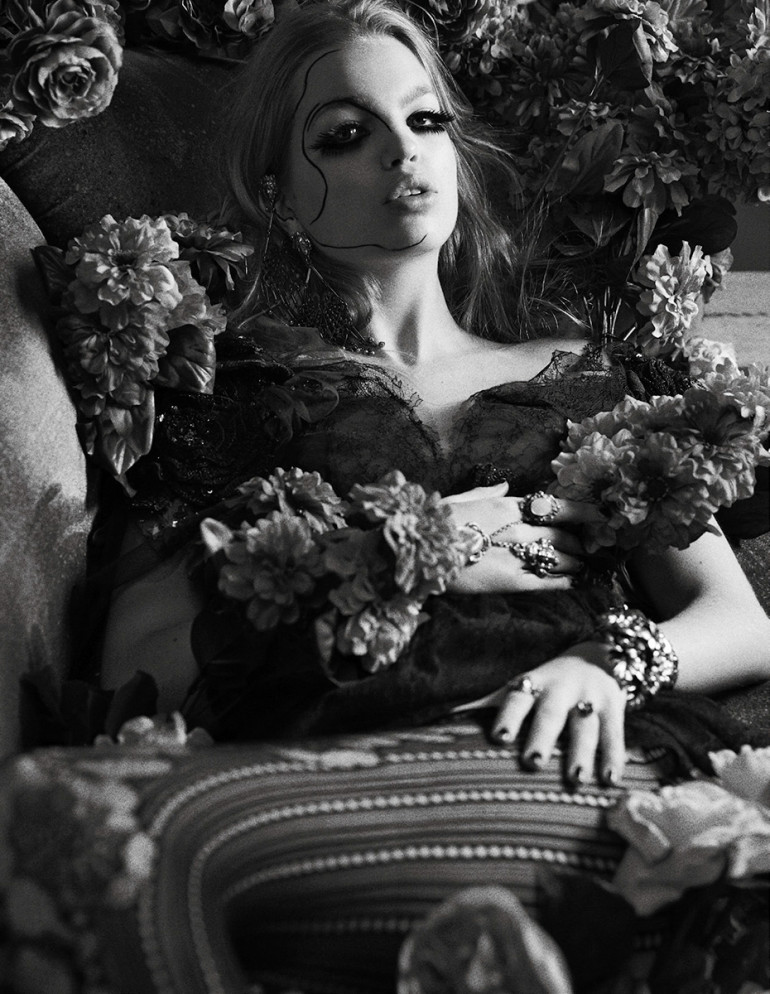 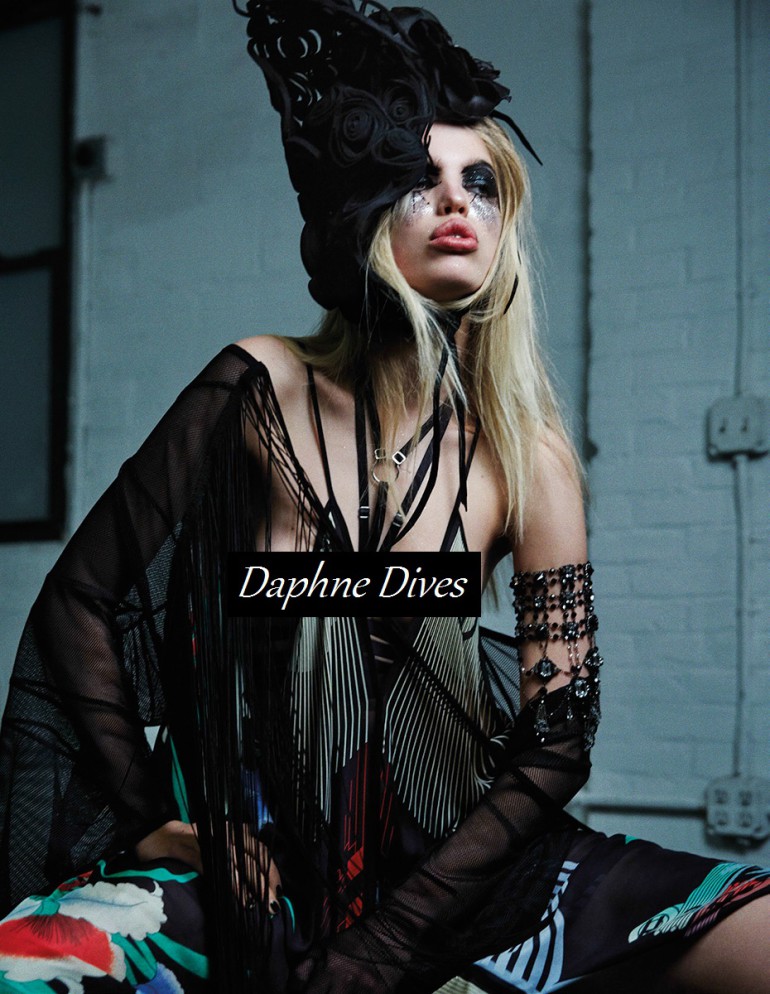 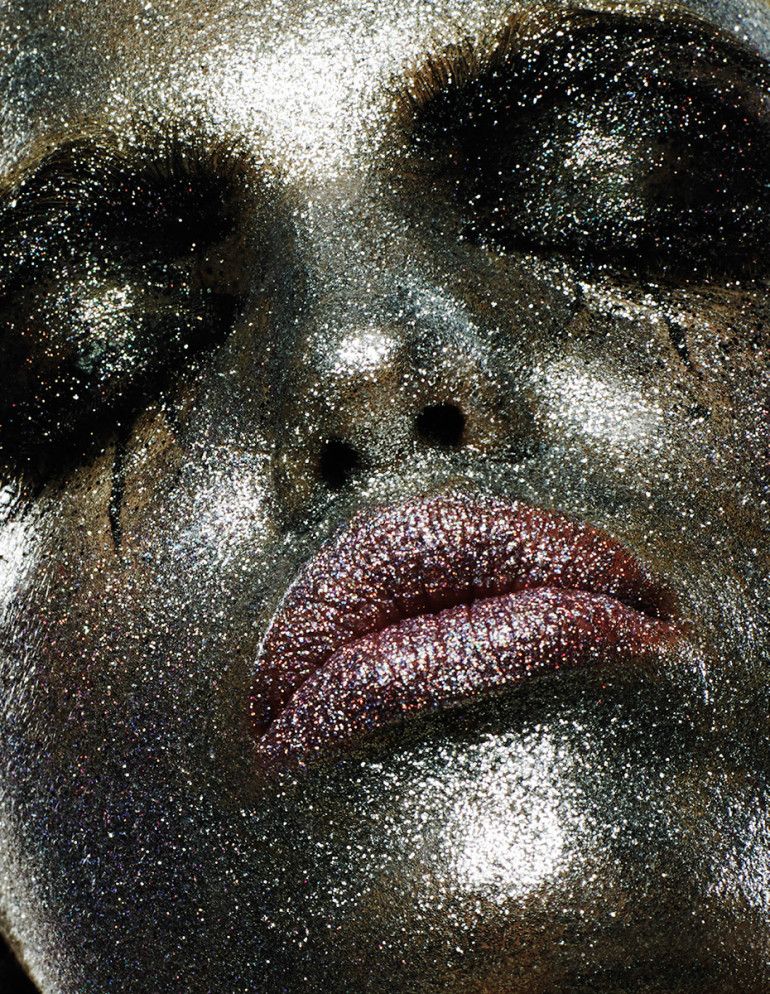 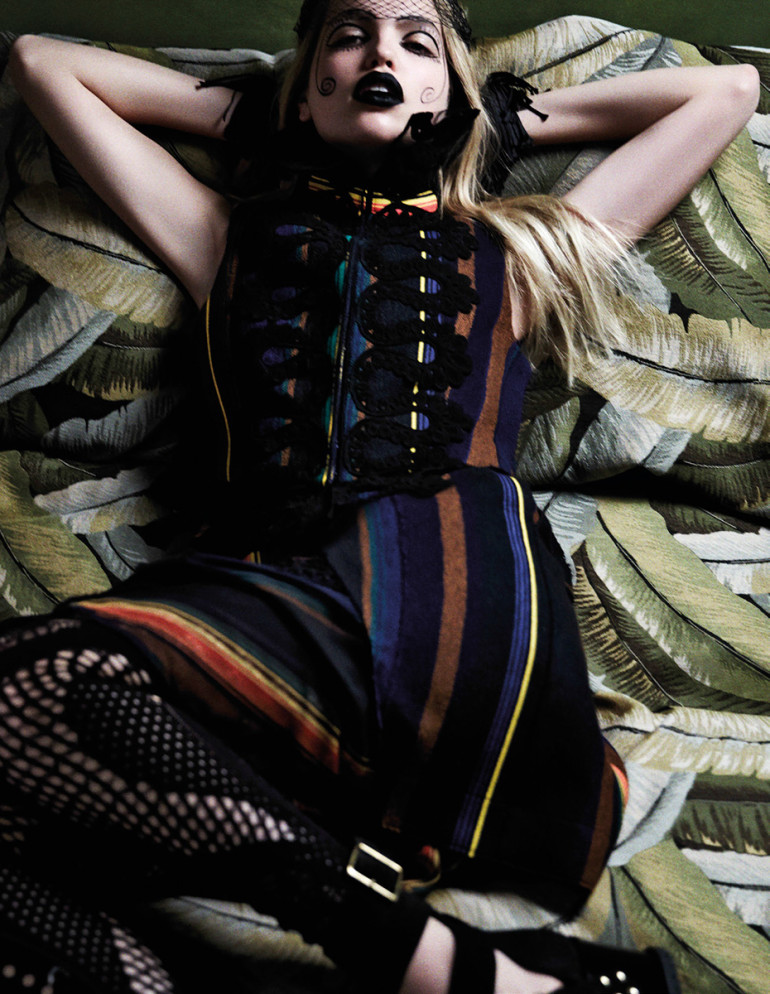 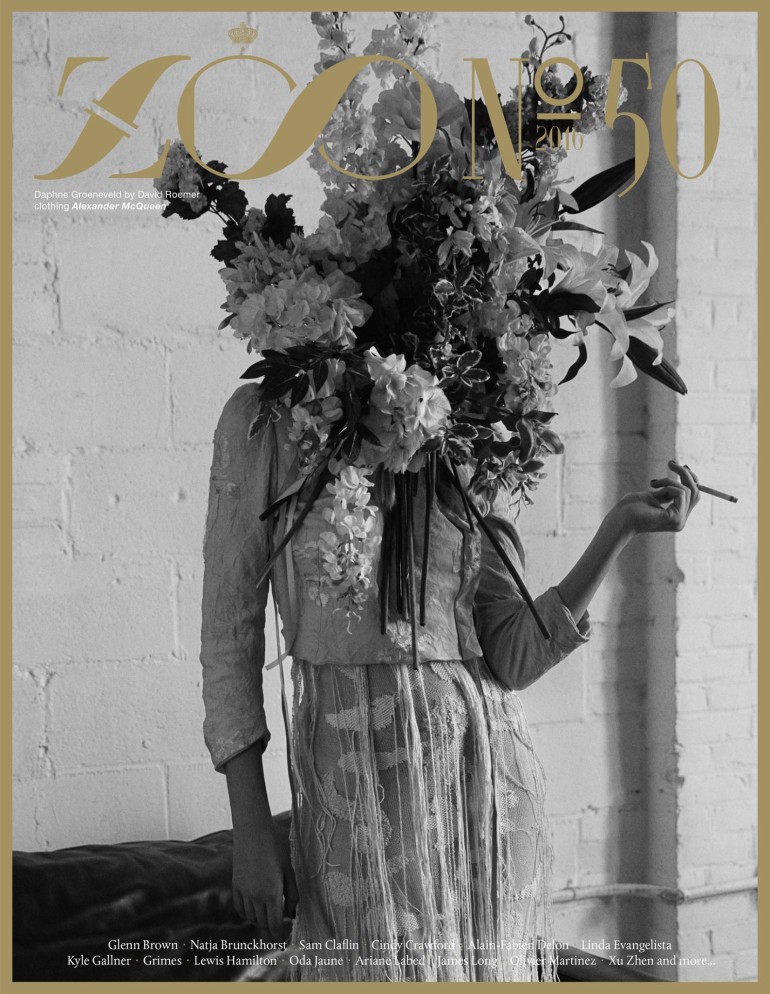 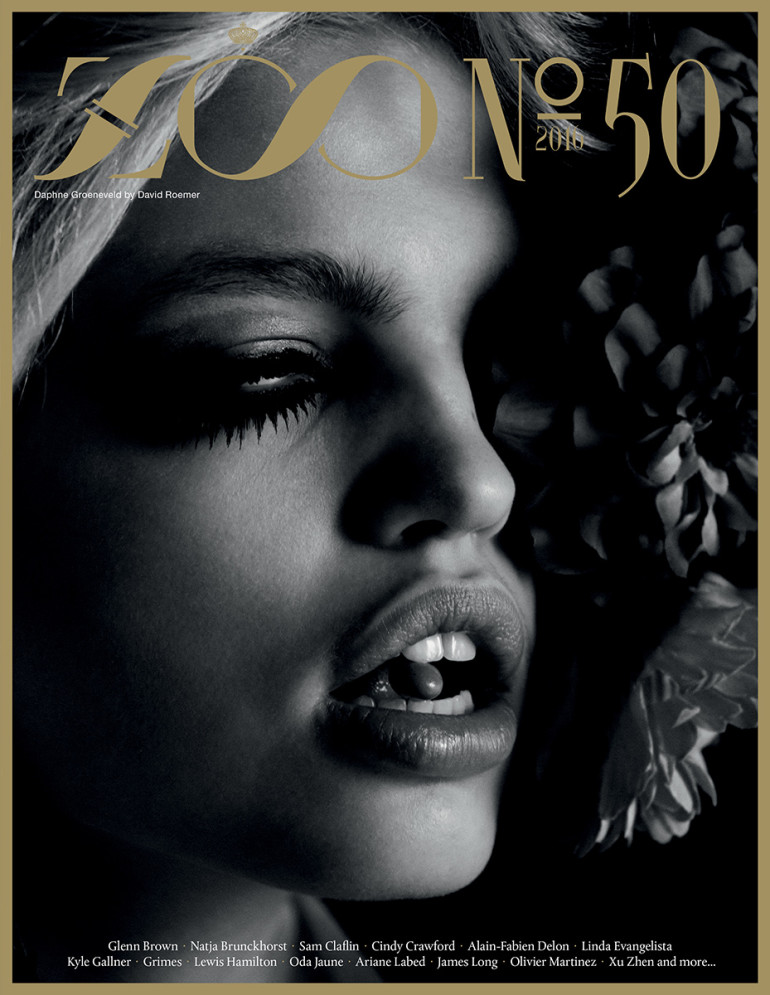 Daphne Groeneveld is "Fantastic in Plastic" for Vogue Japan