Irina Shayk, Tami Williams, Katie Moore and Amilna Estevão join this poetic pack, in “Squad Goals” by Steven Klein for W Magazine, May 2016. This editorial delivers a taste of the 70’s with a modern edge. Edward Enninful evokes a sense of nostalgia, with bold fashions that speak to another century while forging ahead. Each picture plays like stills from a movie set, artfully exploring a time gone by. As cohesive colors wrap around the body, giving characters their moment to shine. The past and future collide, proving Pat McGrath’s art doesn’t have a “used by” date. Dynamic energy exudes off the skin as the elements of exotica let us join in. Baring out the true beauty of individuality, each cosmetic creation captures our imagination. Divergence explores the essence of the era, as the fluid nature of the face comes forth. From icy blue shadow rising over the lids, to a moody liner than redefines the lower eye. Katie catapults us to another century with application that inspires independence. Like an explosion ready to blow, dark lips scream to be seen but never do they speak. Amilna Estevao, Tami Williams & Ysaunny Brito prove that pretty can bring power but it’s intent that gives you strength. McGrath invites us to rise with makeup that defies. The nuance of natural strands become from curls that cascade to braids that beguile. Hairstylist, Shon Ju, turns things up with head-gear that’s been artfully altered. Coolness cascades over the scene, from a netted overlay and shiny turbans to big-brimmed hats and knitted beanies. The redolent images of time gone by with beauty that blends in the wink of an eye. The mutiny of makeup the art of extreme to walk through this time is all but a dream. The decadence of design paves a way for us to be joined together in this collective memory. 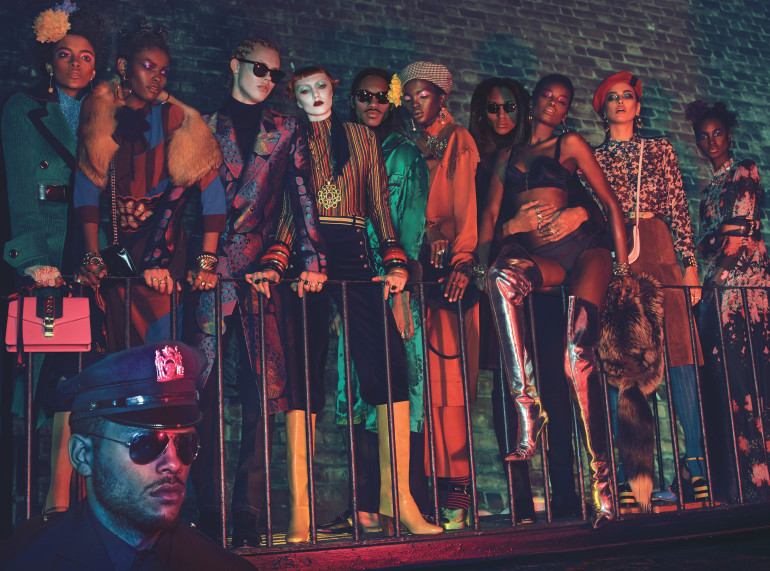 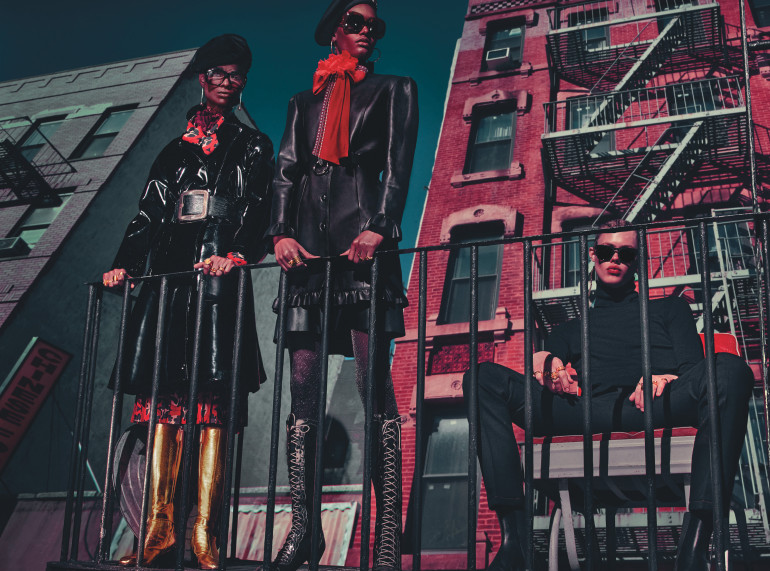 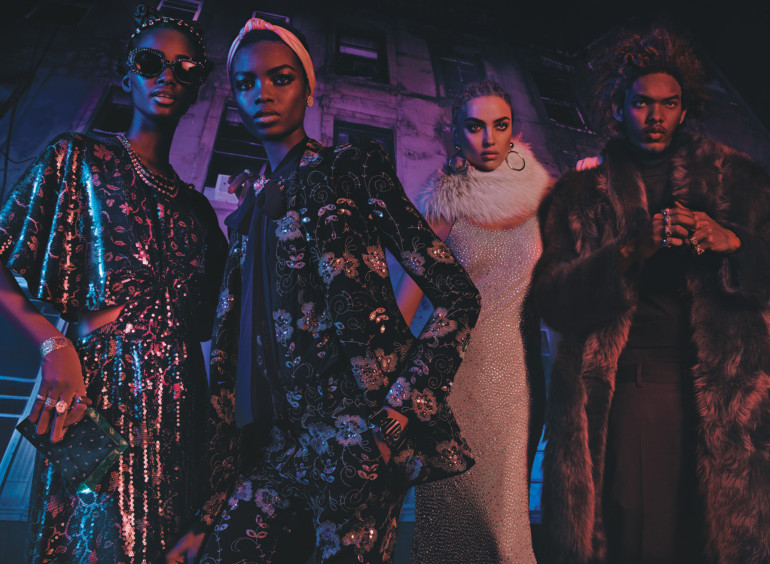 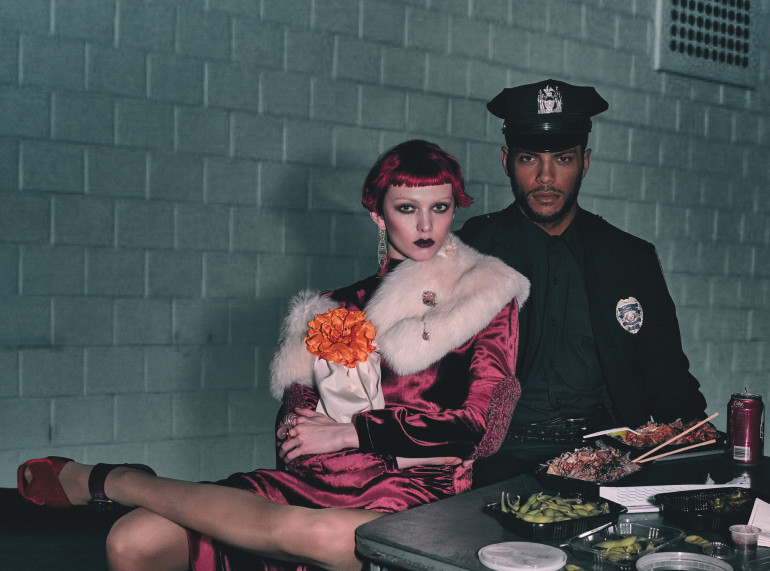 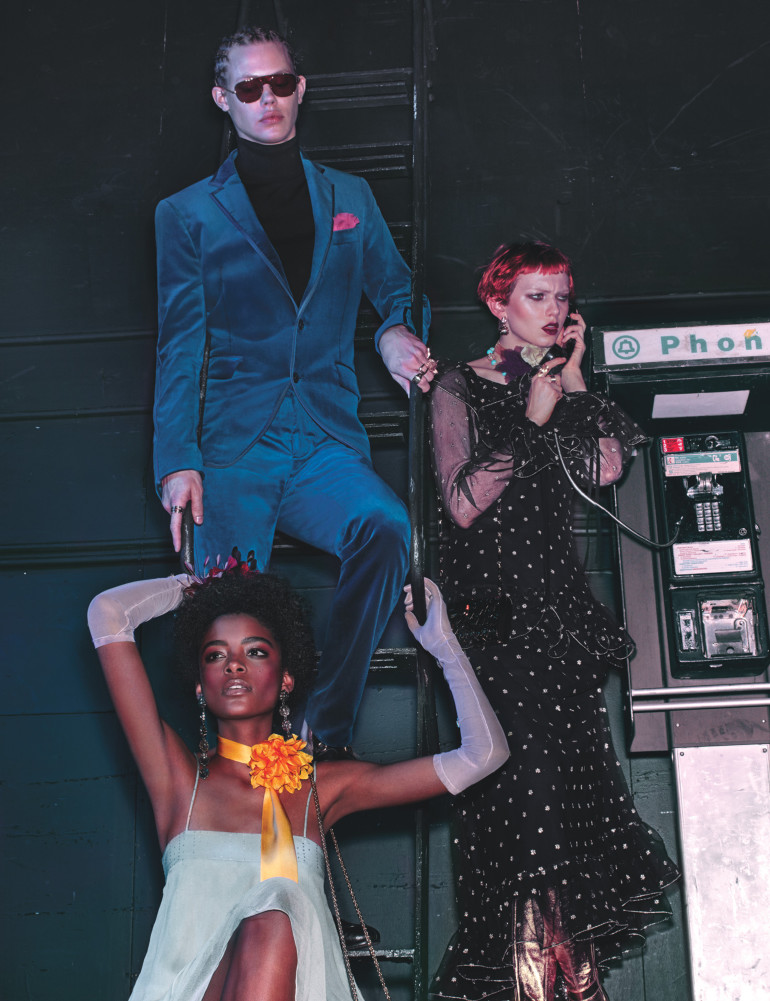 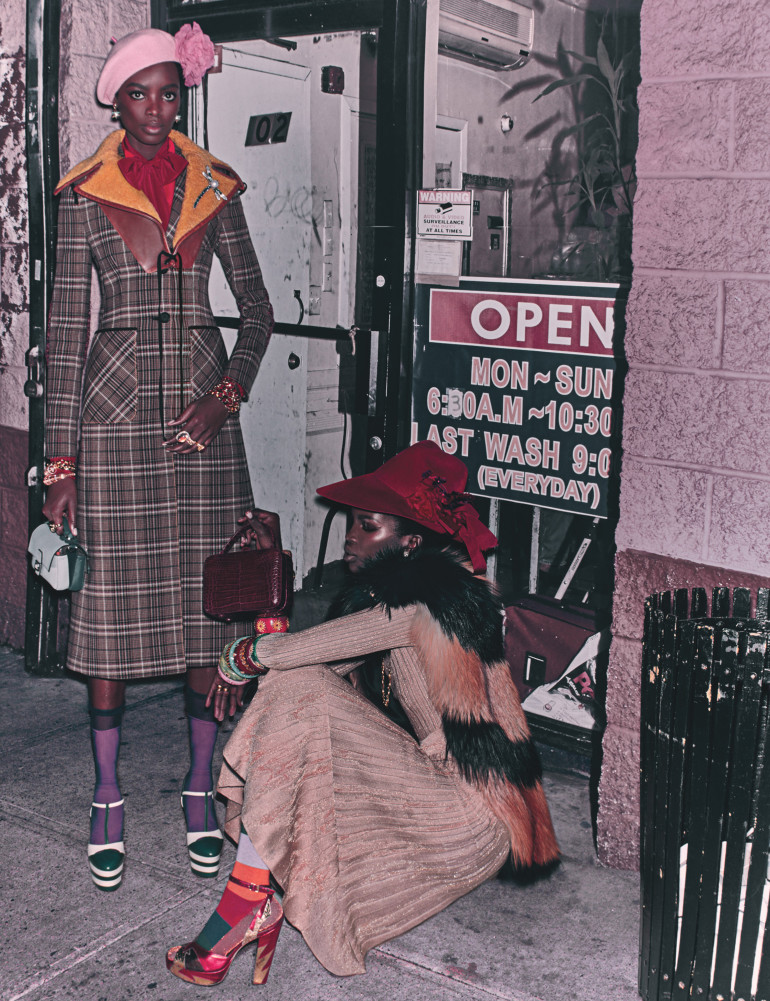 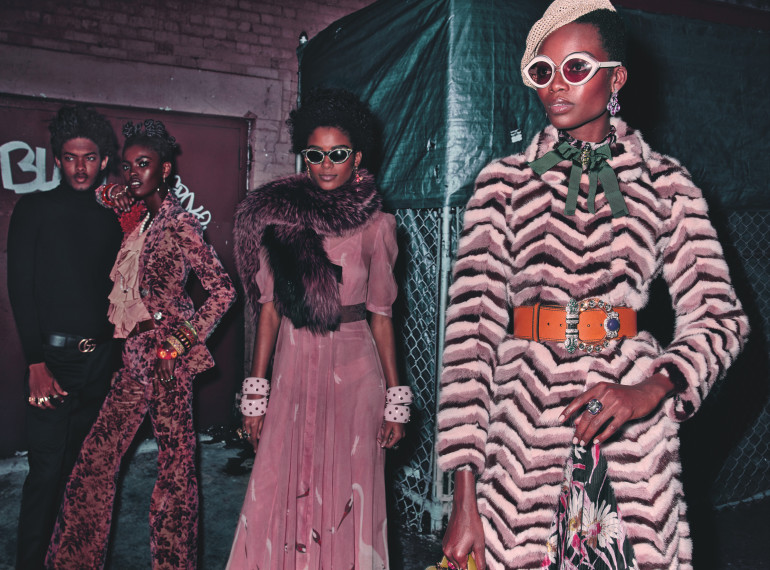 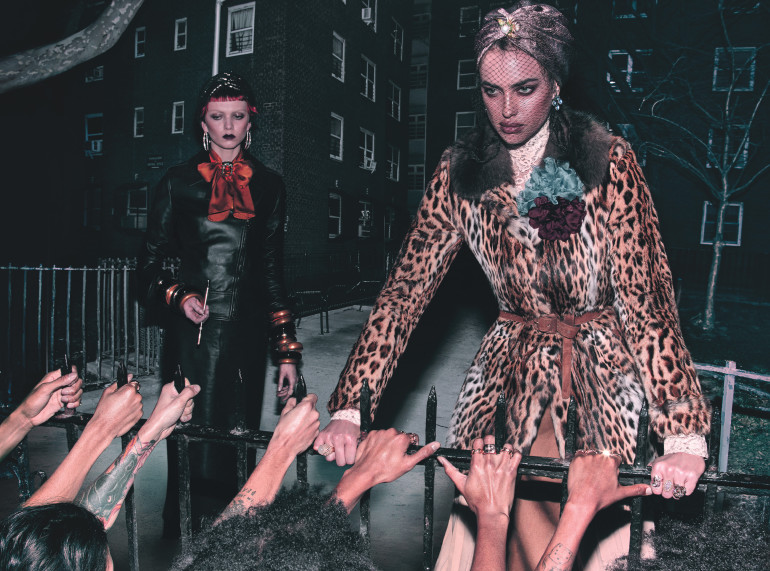 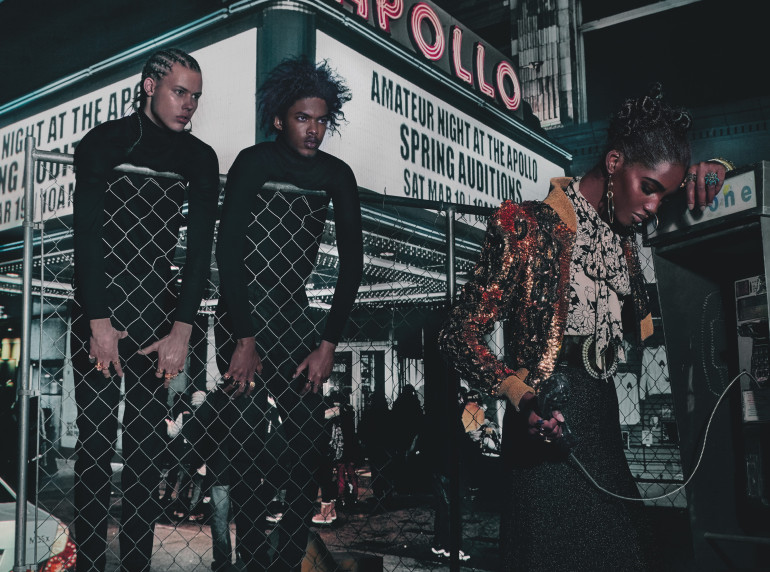 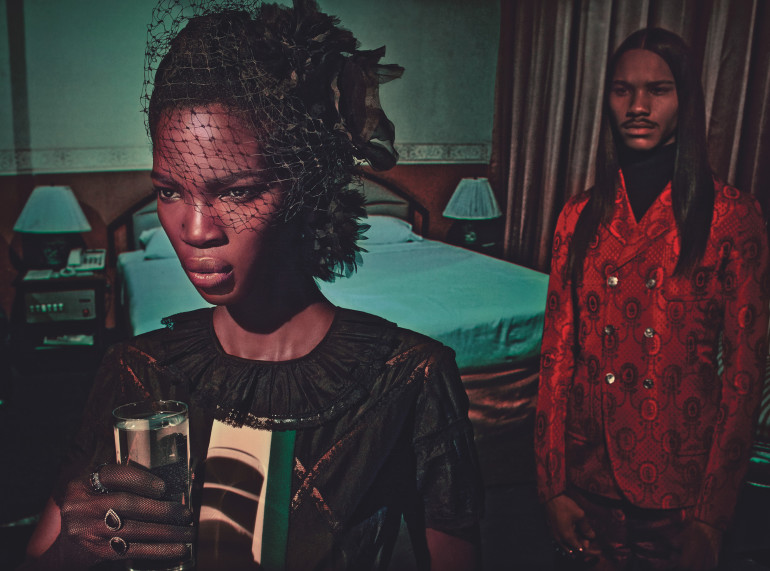 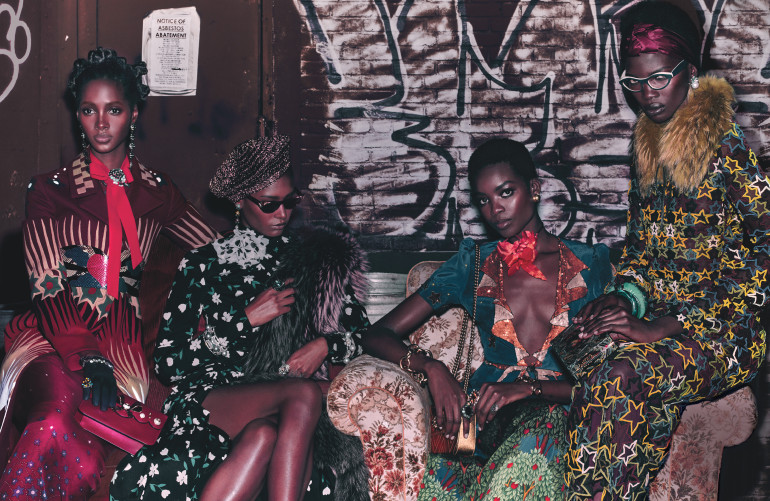 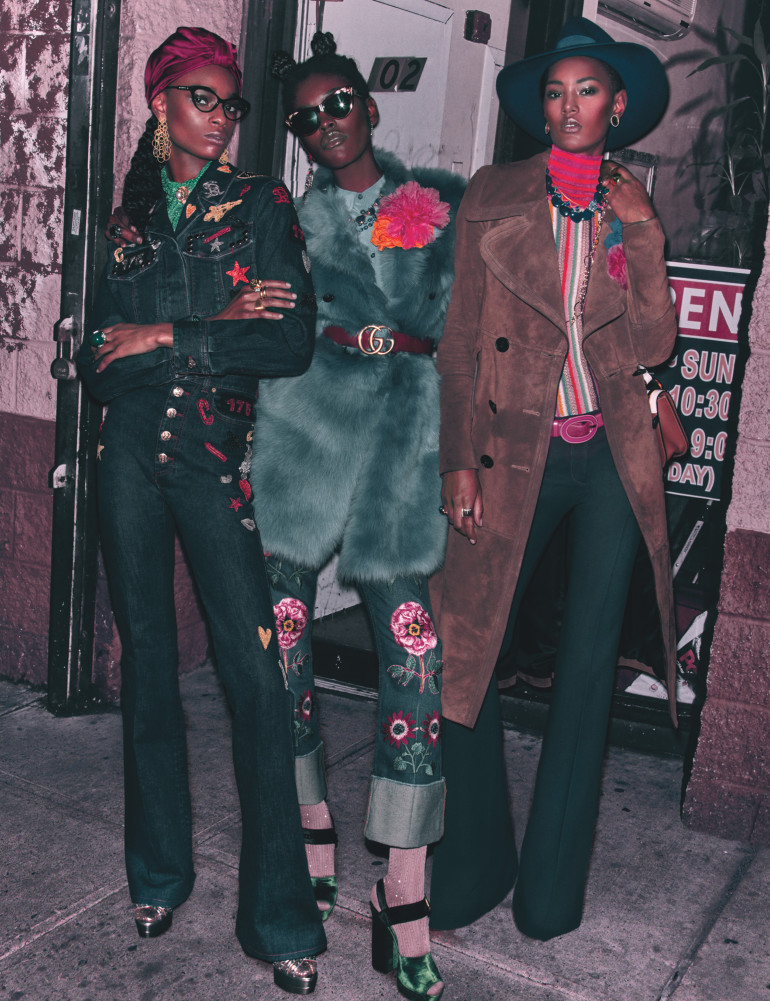 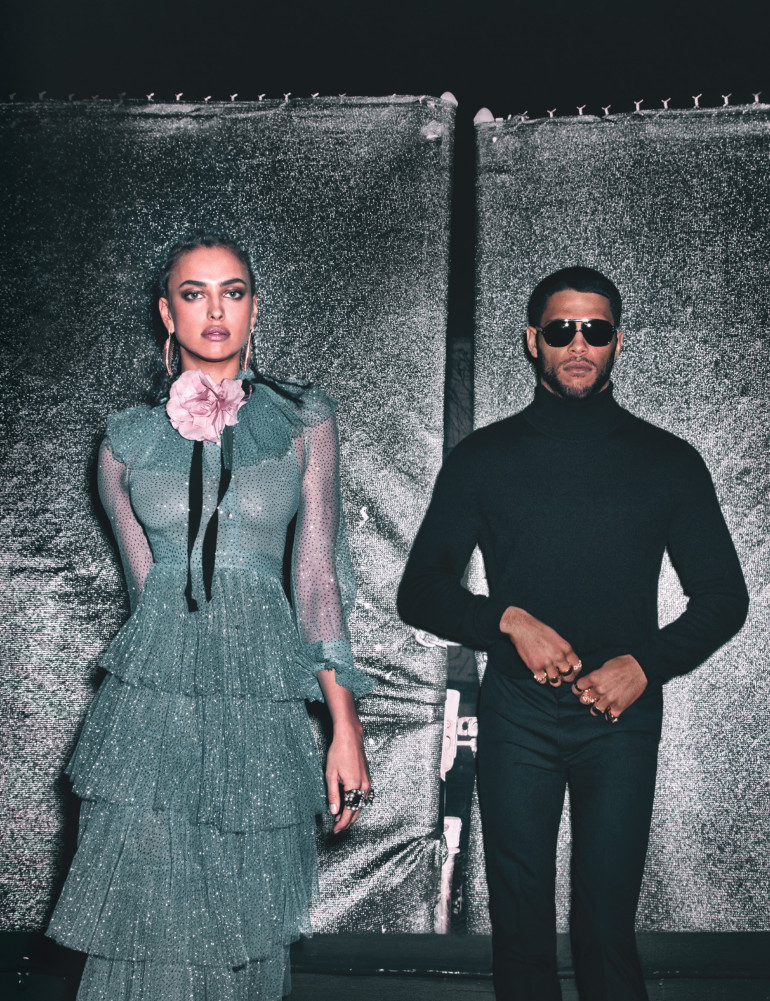