Elle Fanning, Bella Heathcote & Abbey Lee star in “Killing It” by Steven Klein for V Magazine #102, Fall Preview 2016. If Looks Could Kill… is the demonstrative statement put forth in Nicolas Winding Refn’s, The Neon Demon. The Poetry of Pageantry is Not What it Doth Seem… We Close Our Eyes & Take a Ride On Boulevard of Broken Dreams. Setting forth on the ride of her life, this young girl takes on the City of Angels, as she begins her own fall from grace. Los Angeles proper is artfully portrayed, in this pictorial layout set inside the underbelly of the industry. The de-flowering of innocence awaits as we witness Elle succumb to the madness of modeling. This puts forth an interesting construct… an actress playing a model flirts with the very idea of over-exposure. Entering this world of the elite may appear a dream come true, but upon close examination we begin to witness a nightmare unraveling. Patti Wilson captures the high gloss of haute couture with fashions that stand on the cutting edge. Daring designs reflect danger as sheer fabrics expose what’s below. Black, leather strings attach to the stilettos, as butterflies wings wrap their way up and around the leg. Tulle tempts us with desire, allowing transparent styles to show truth straight thru. In one of the most complex shots of the story, Fanning lays sprawled over the cement, as blood, red pvc plastic covers her body. Artfully echoing the angst of the industry, iron chains are wrapped around her feet as she holds a spotlight in one hand. Taking from Kevin McGarry’s compelling write-up, “it’s these impassive moments – hollowed out and flattened… that Refn’s work strikes its most cutting tone.”

Mimicking the madness, Kabuki carries the aesthetic of the film forward, “with sinister undertones that balance out the striking beauty of the girls.” Bella & Abbey seduce with shades of deep blue while Elle shines with beguiling tones of teal. Makeup takes over, as neon colors are cast across the eyes, falling like a maniacal masque. Haute pink rushes up the face, as electric energy sizzles over the skin. The mouth seeks to fill an aching hunger as succulent lips take the lead. The paint of pretty deigns to commence as the poetry of damnation continues. A sharp knife represents the Killing of Innocence… so sharp it’s only matched by the wicked angle of the nails. The unbreakable bond of beauty secures their place on the page, but it’s the poignancy of their pain that truly connects them. In search of the Neon Demon, Kabuki creates a dramatic aesthetic carried through out the story. Capturing the robust energy of the film Garren perfects the pompadour pop. Going for extremes his looks are steeped in history while they ooze future flavor. Fashion victims unite in this reflective editorial that comments on the age of egotism. The art of the innocuous lays inside my mind… as echoed sounds of tiny rounds gives us cruelness topped in kind. Demon is a parable about an appearance-obsessed industry in an industry-obsessed society. 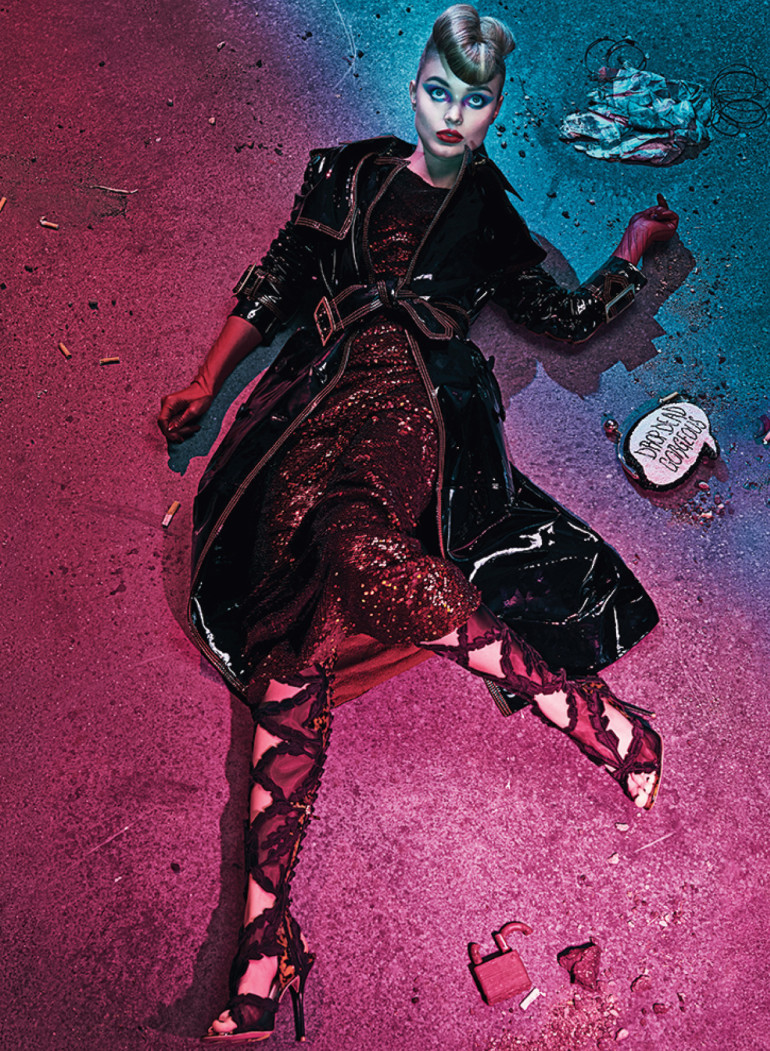 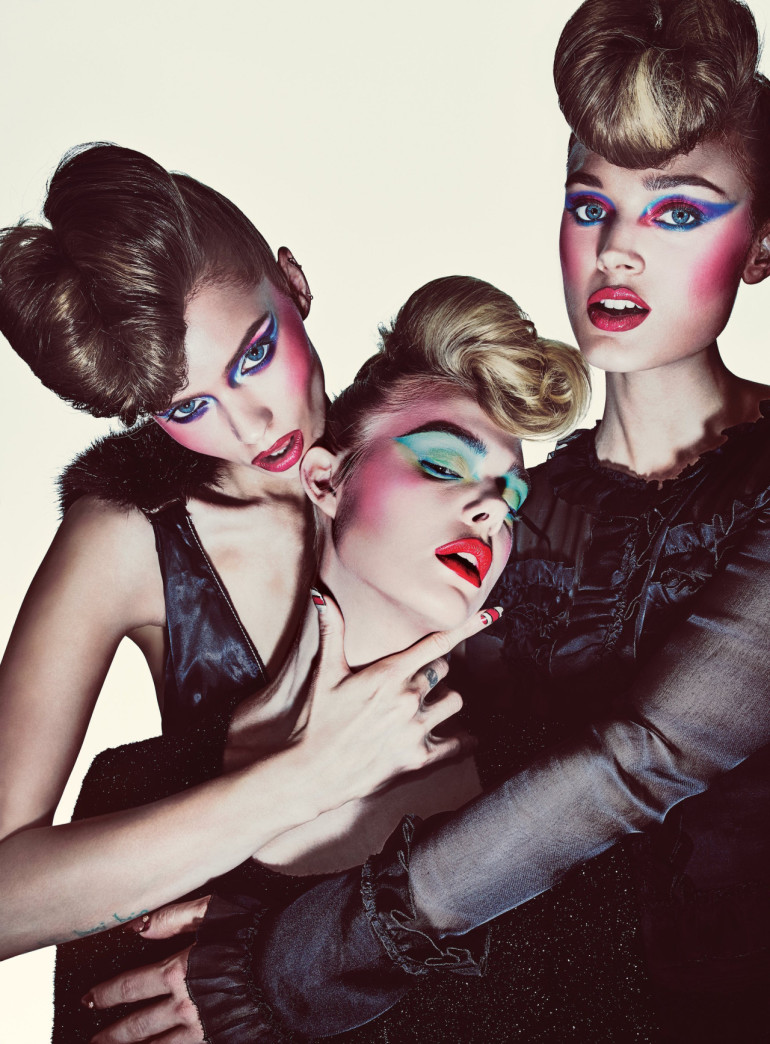 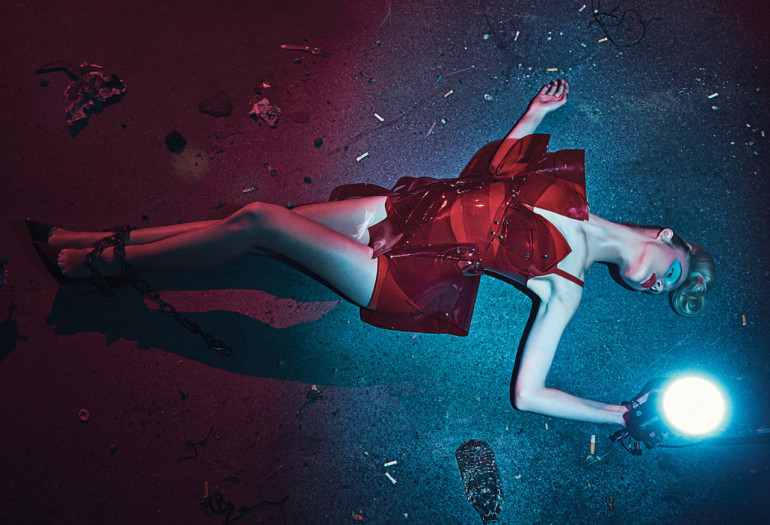 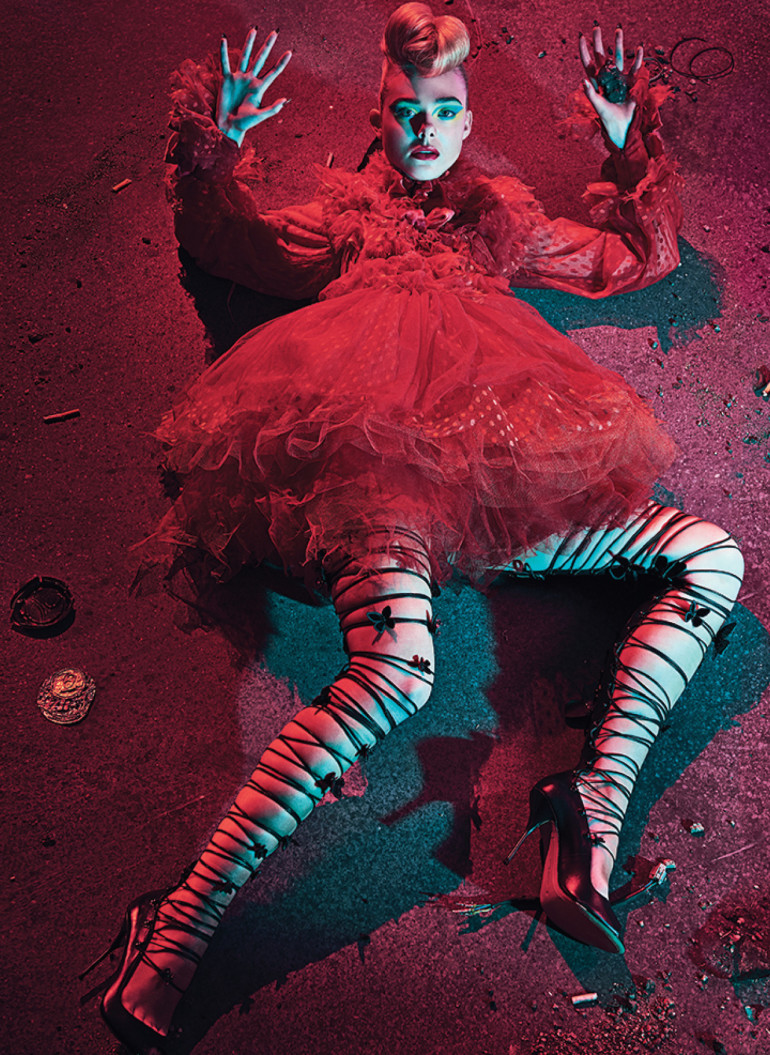 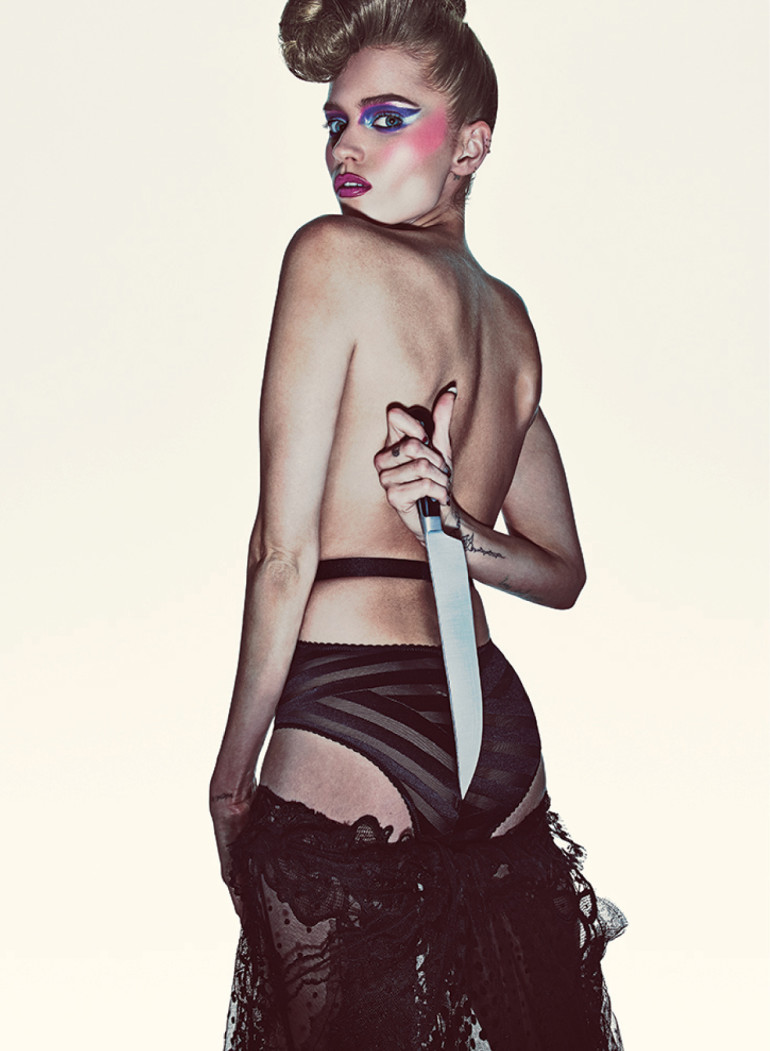 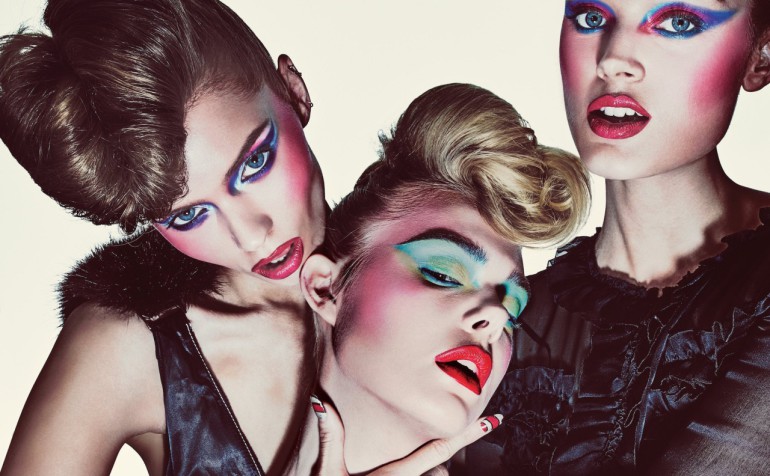 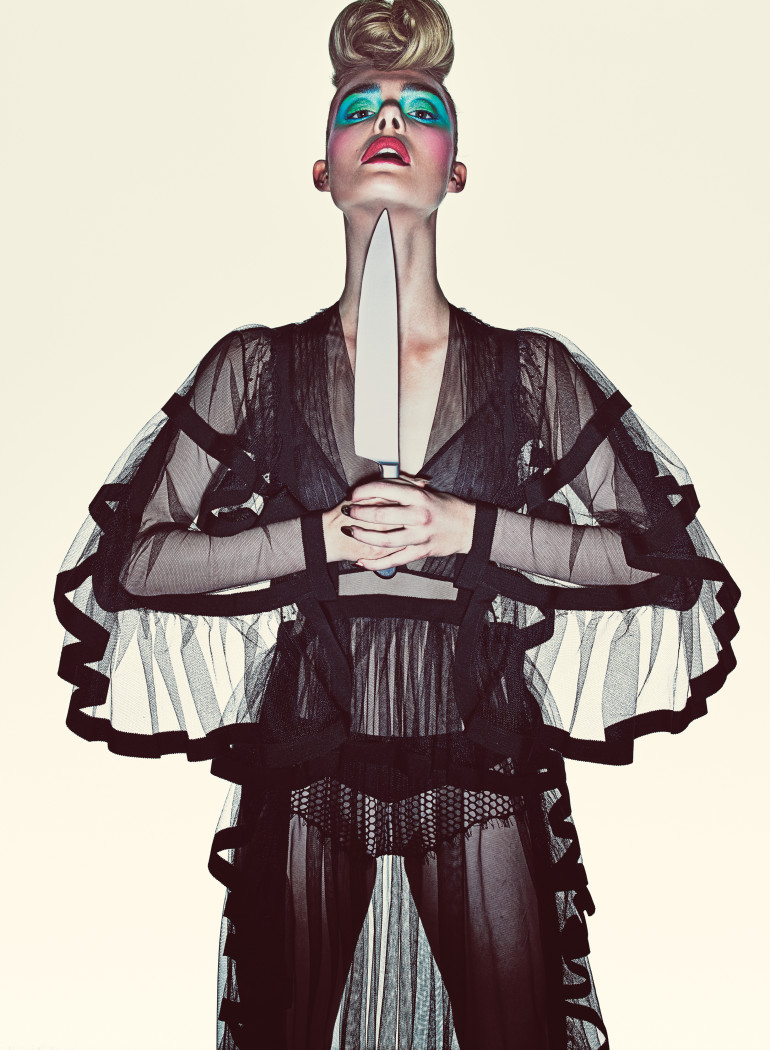 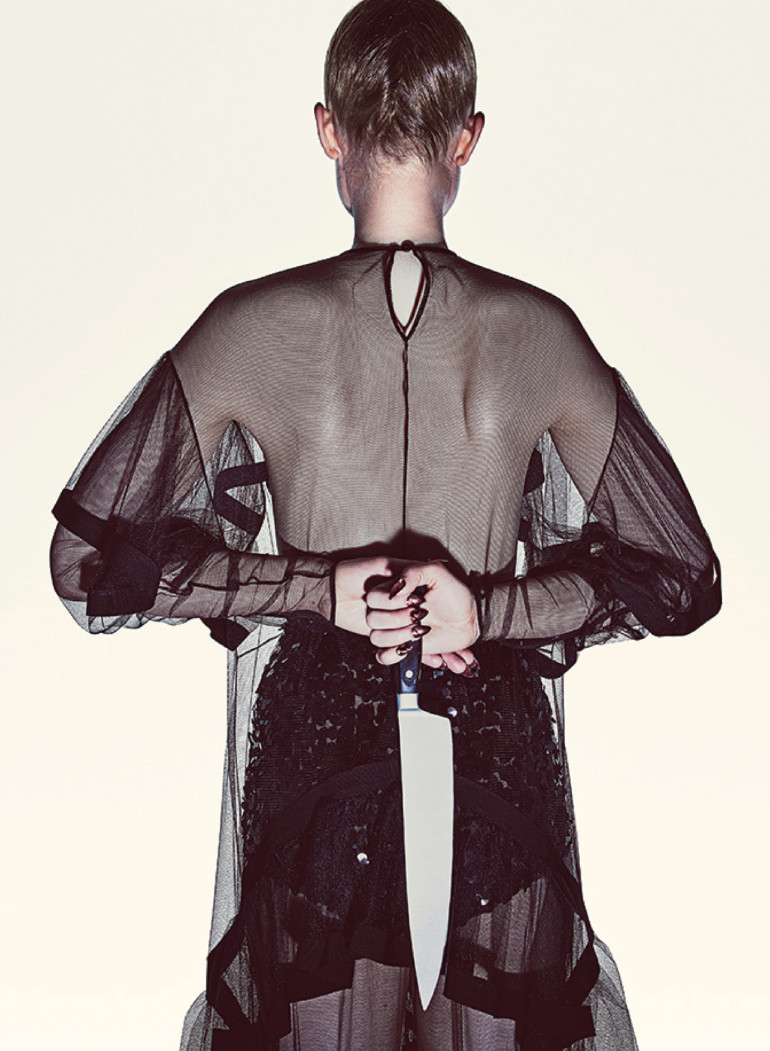 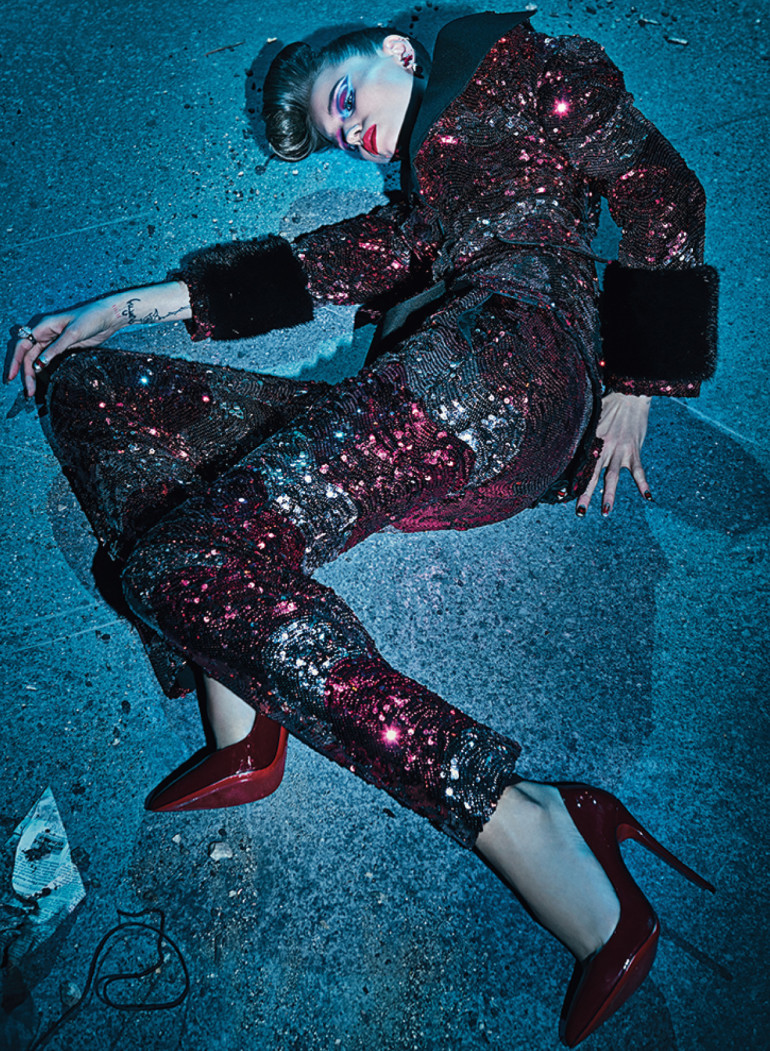 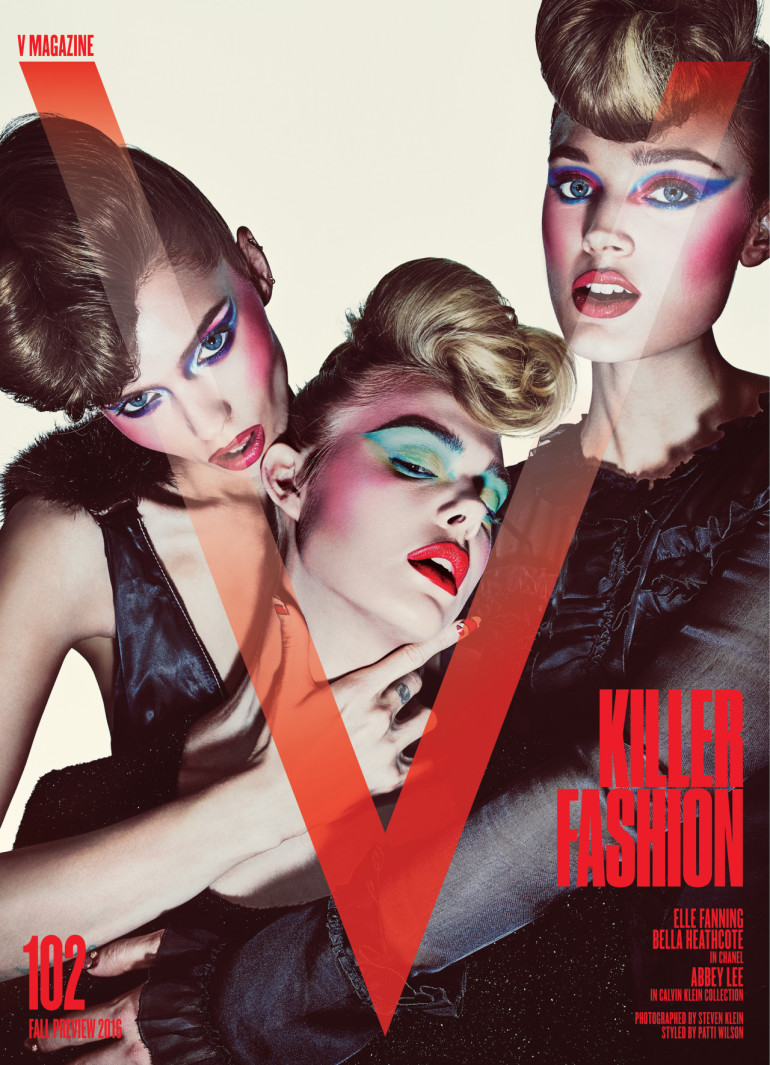 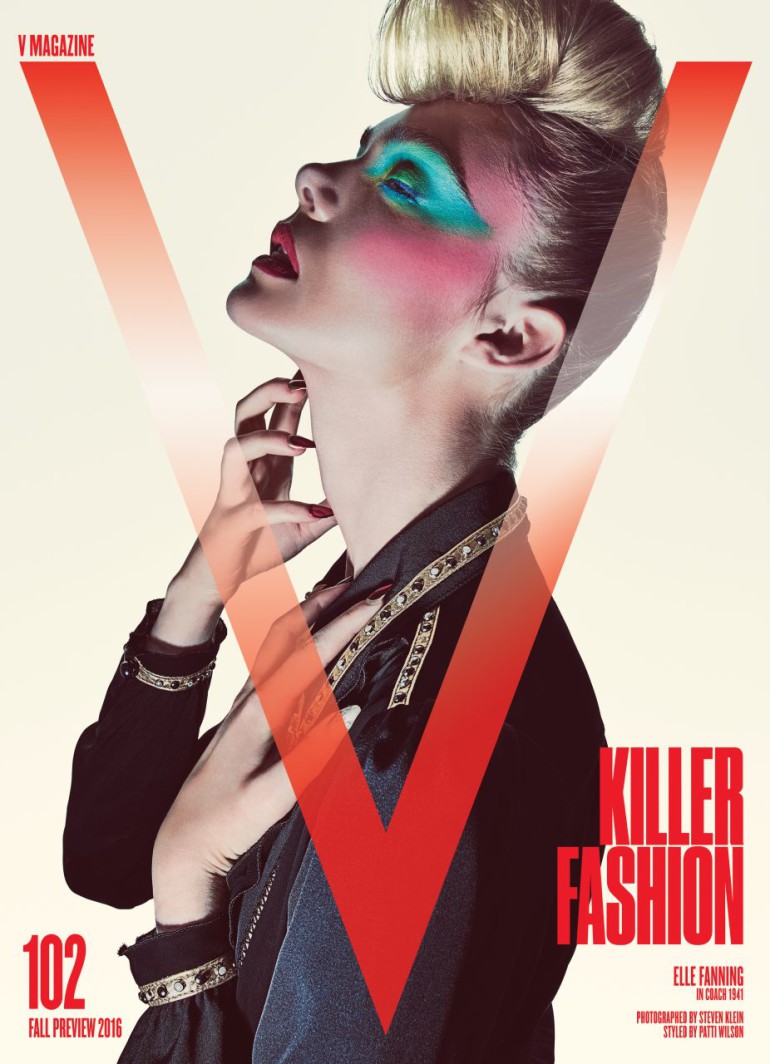 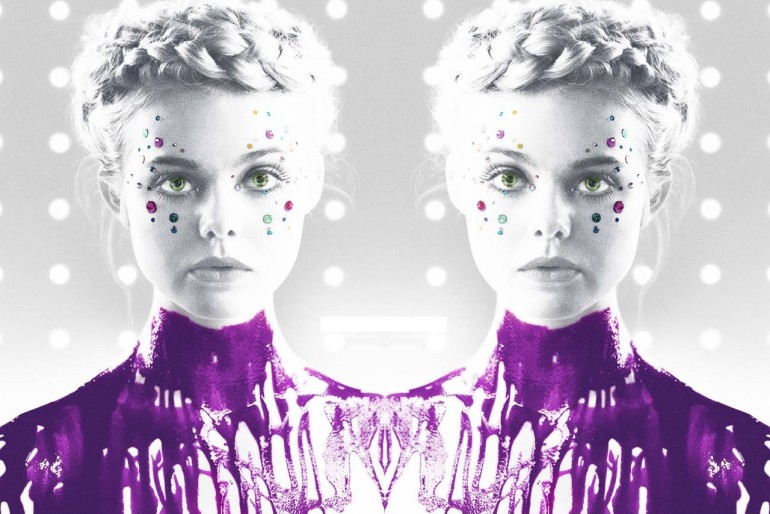 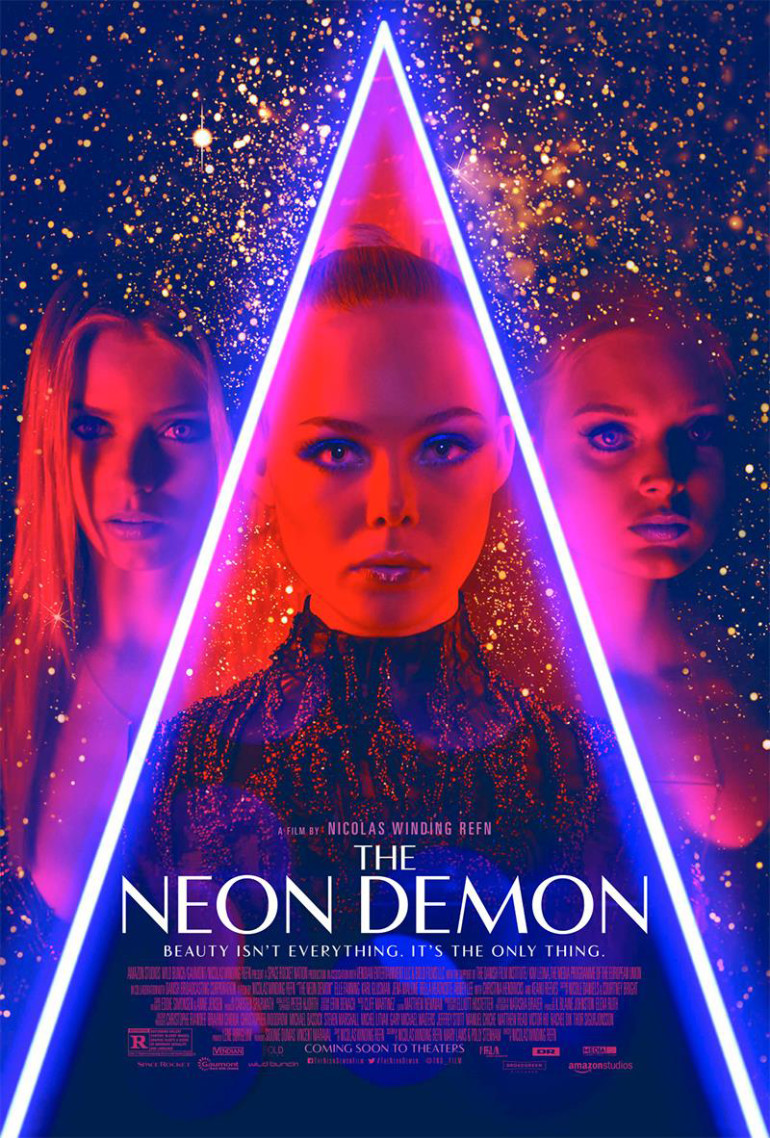 Elle & Dakota Fanning Make it Ingenue for 2 in W Magazine

Dakota Fanning Is a Bona-Fide “It Girl” on February Cover of Elle UK.