Marc Jacobs gathers a unique array of complex characters, for a fusion of flavor with Missy Elliott, Kendall Jenner & Cara Delevingne (et al) for his Fall 2016 Campaign, by David Sims. Art soars as the subject of this stunning Fall Preview progresses. Burning under the red haute spot, one might think the evolution is complete, but this display is just the beginning. The mutation of the mighty awaits as this conversion creates an altered state. Metamorphosis commences, taking true transformation to a higher space. Step into a world of divine madness with scenes that play like avant-garde wonderland. Katie Grand asks for our (virtual) hand in faux fashion matrimony, as we enter a dark underground on this tour of exalted couture. The background of black beguiles, inviting an ocular assault to blow the mind. Styles are spun to stun our senses, leaving each piece to project a muted excitement. Bright lights scream in semi-sonic extreme, while a chaotic cohesion is where we find our common ground. Independence doesn’t depict isolation, rather, it gravitates toward peaceful cohabitation. Grand’s attention to sartorial detail is so compelling, each design echoes our deep desire to be defined. St. Vincent is dressed to kill as she embodies the twisted beauty of a broken down doll, while Kembra Pfahler bravely echoes Jacobs’ raw obsession with – The Voluptuous Horror of Karen Black. Kendall stands strong as she aches with artful aplomb, emoting sentiment captured with poetic precision.

Aggressive beauty blasts us into the next century, as (Makeup Artist) Diane Kendal shows us the way. Delevingne’s dark eyes ignite a firestorm with a devilish stare, while a wicked trio in black is inspired by the famous line, “I Wear My Sunglasses at Night.” Jenner joins the party with smeared shadow that starts an orbital assault, while Missy Elliott’s shiny lips say it all. The Goddess of Grunge, Courtney Love, sits in artful reflection, as Marilyn Manson brews with intellectual overflow. Marc sets out on this deep exploration to explore the hidden gems of genealogy. Guido Palau’s most prolific work is seen on music artistic/icon Genesis P-Orridge, with h/er long, blonde hair lighting up the scene. Moving from Carla’s vintage finger-waves and the chaotic crimps of Kendall, to the sculpted coiffure of Annie Clark. A shift in the very essence of being… Marc invites stars to align in this Revolution of Evolution. Sissy Spacek stands in silent strength with no makeup on her face, while pink emanates from her colored hair. Mesmerized by “Carrie,” an all-consuming girl who’s feckless fragility is found in every nuanced scene, while Susan Sarandon sits in the opposite direction giving an ode to, The Rocky Horror Picture Show. These gentle heroines are hauntingly captured in this portrayal of peace. The female spirit rises in its many forms as Marc’s Muses are embraced. Check out these amazing behind-the-scenes shots – as each unique individual emotes defiance and strength, artfully echoing the Jacobs Experience. 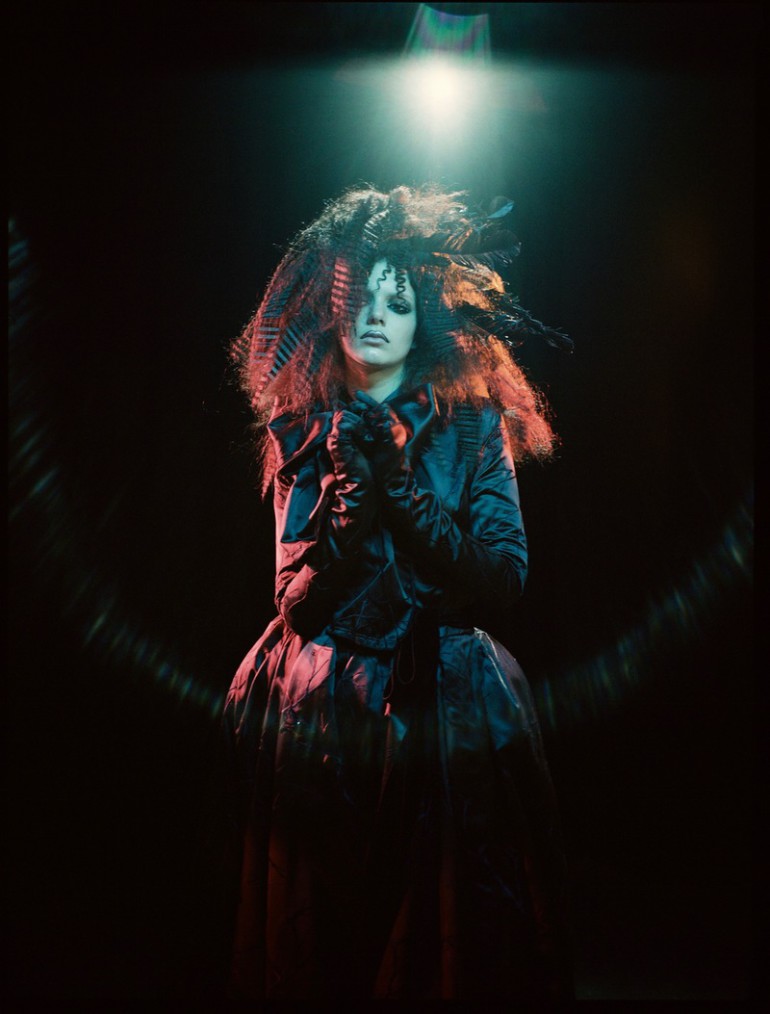 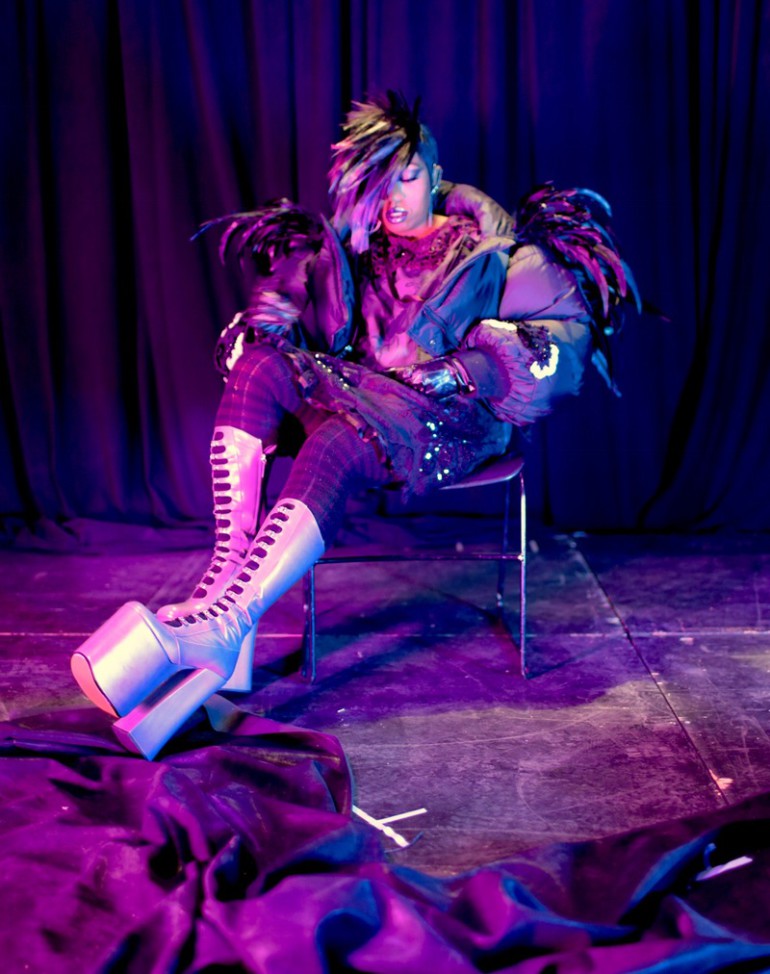 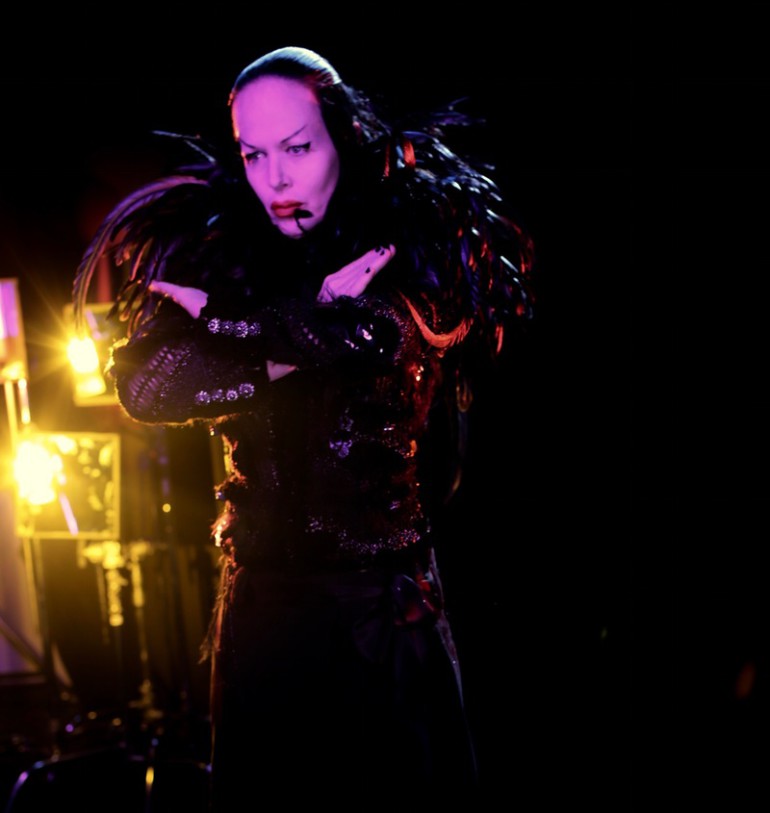 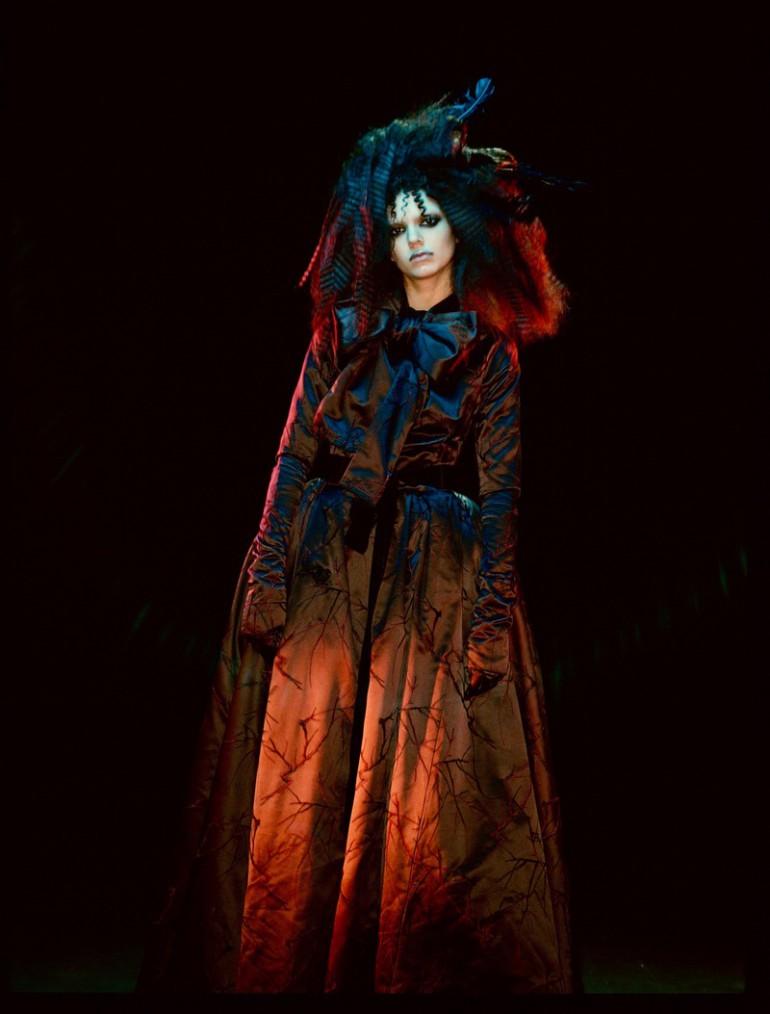 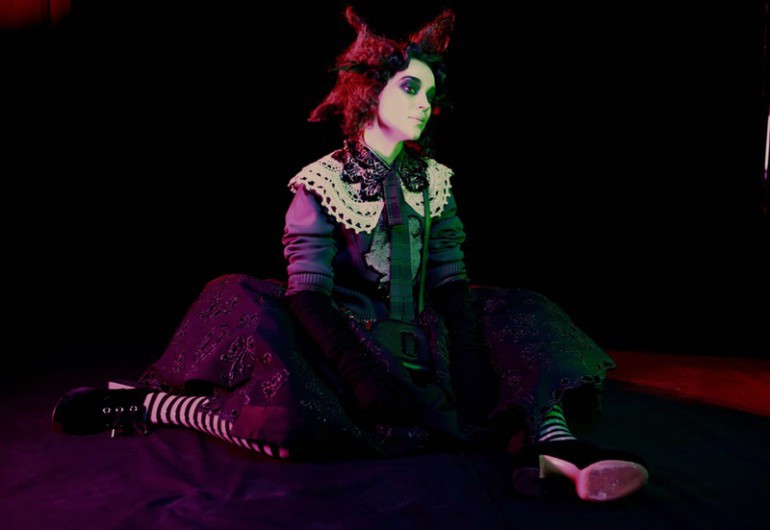 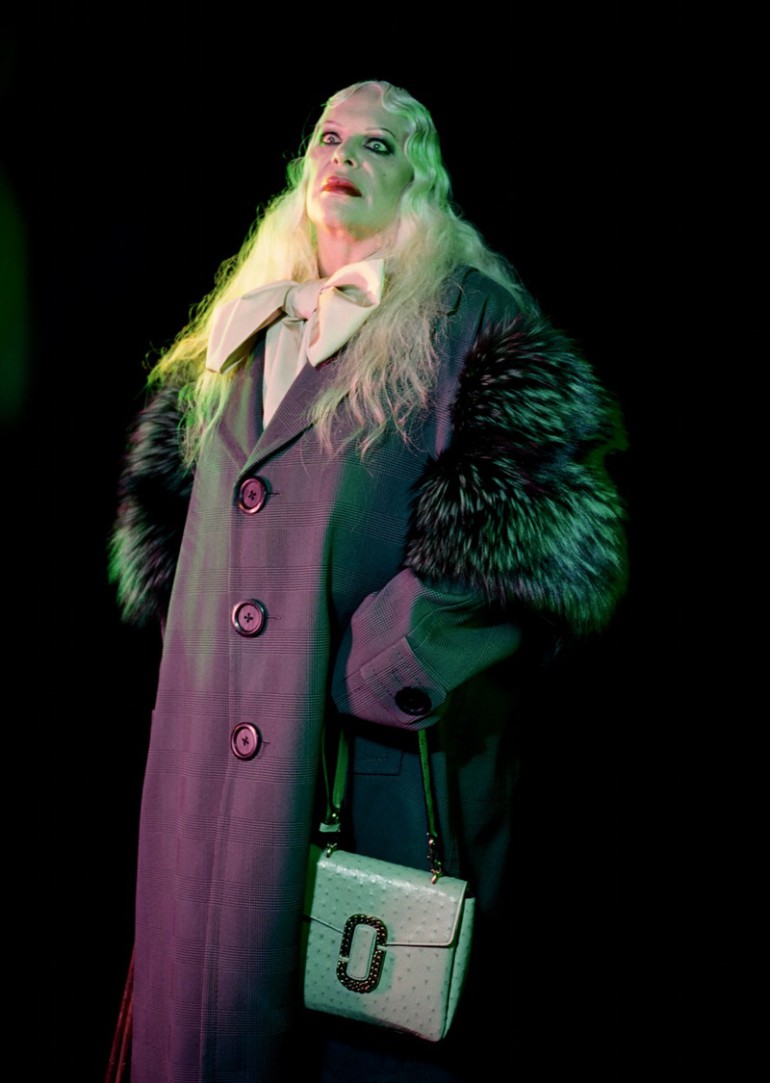 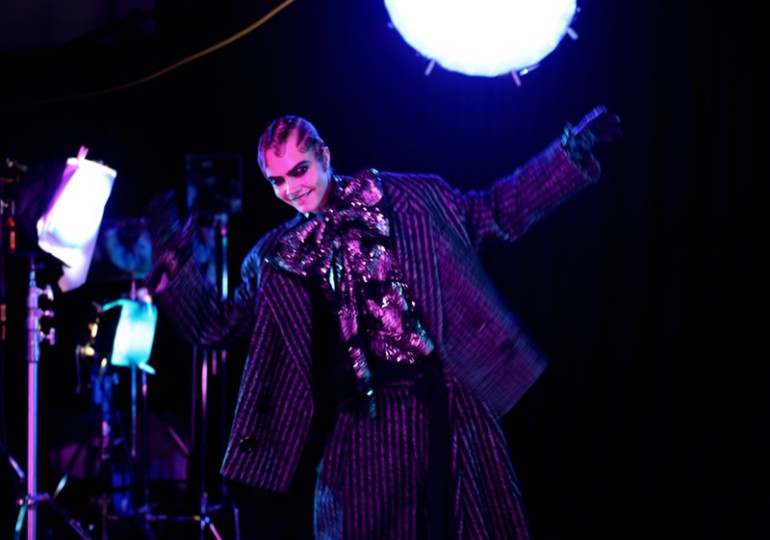 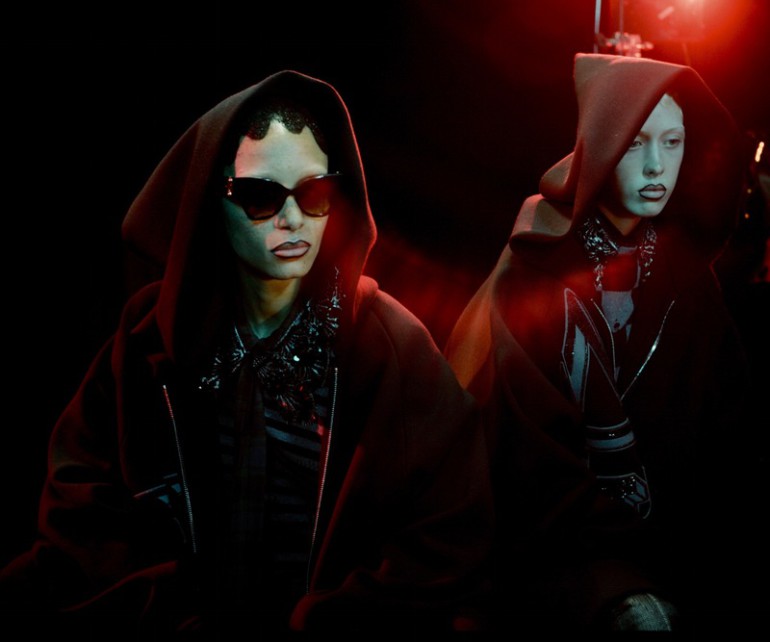 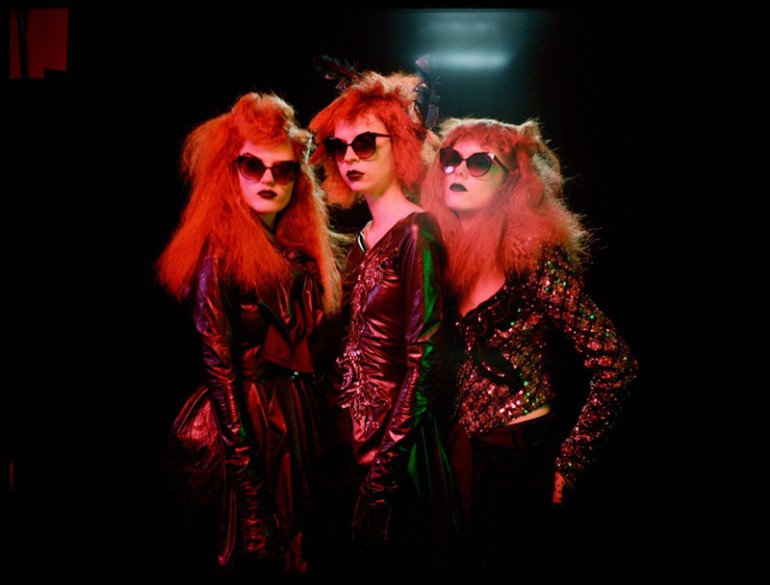 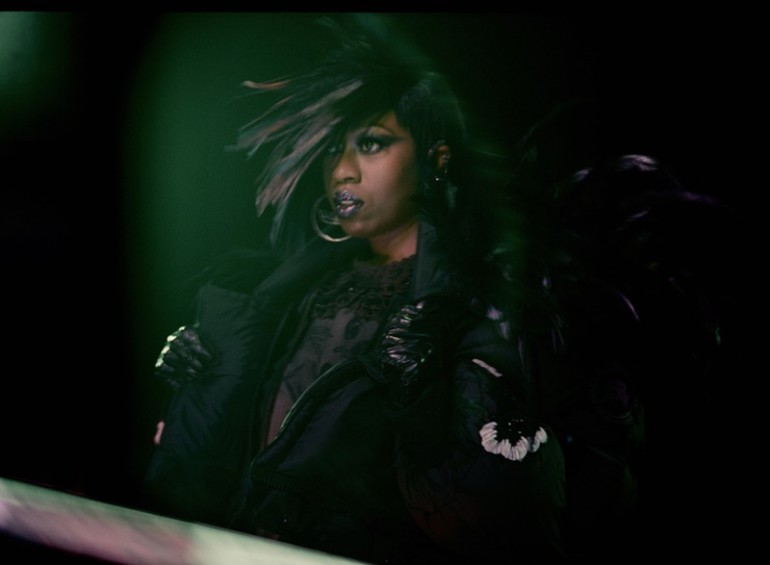 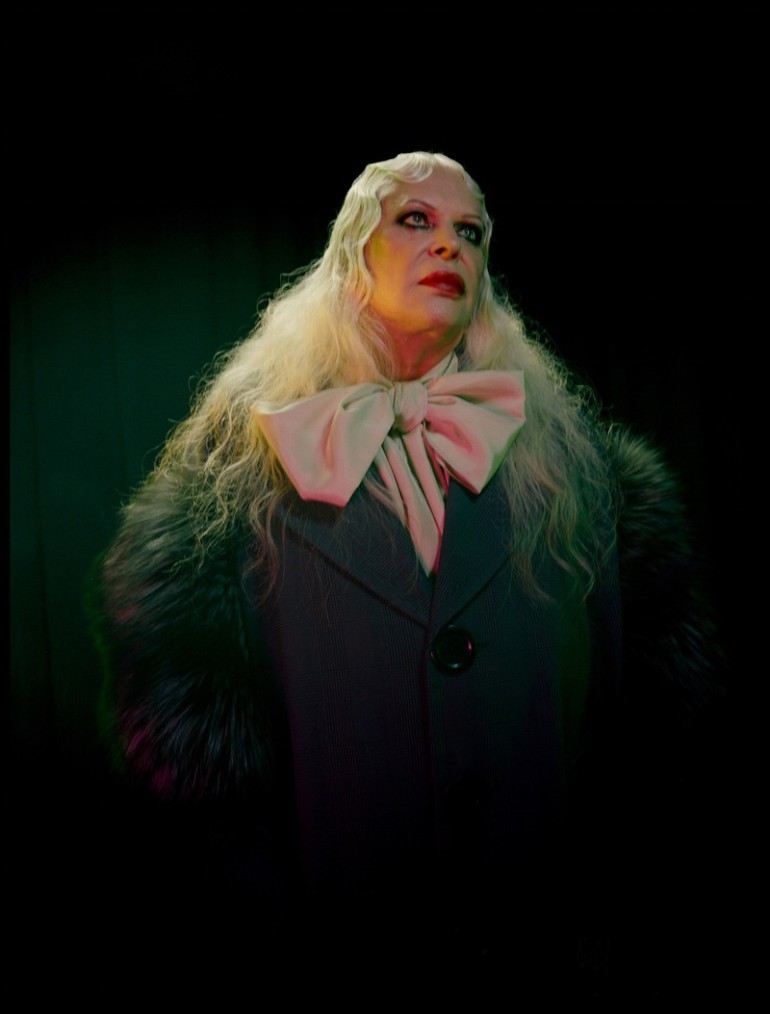 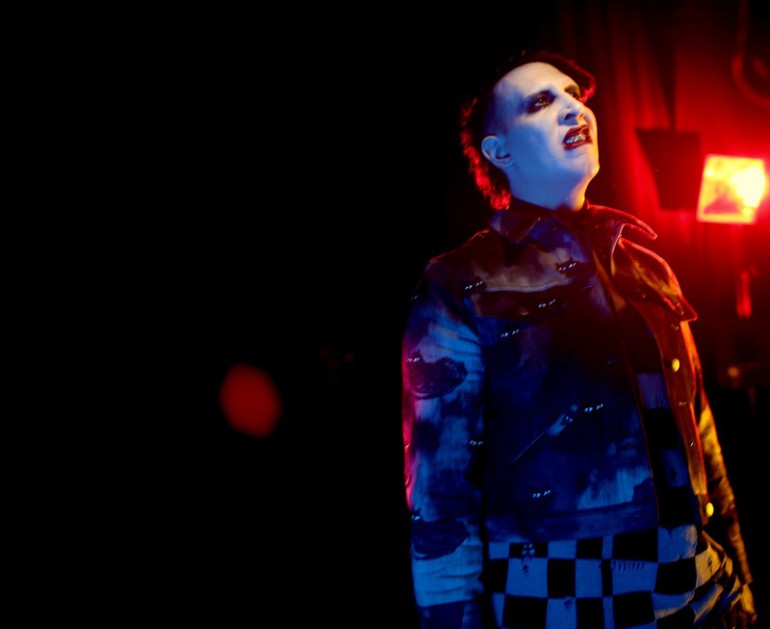 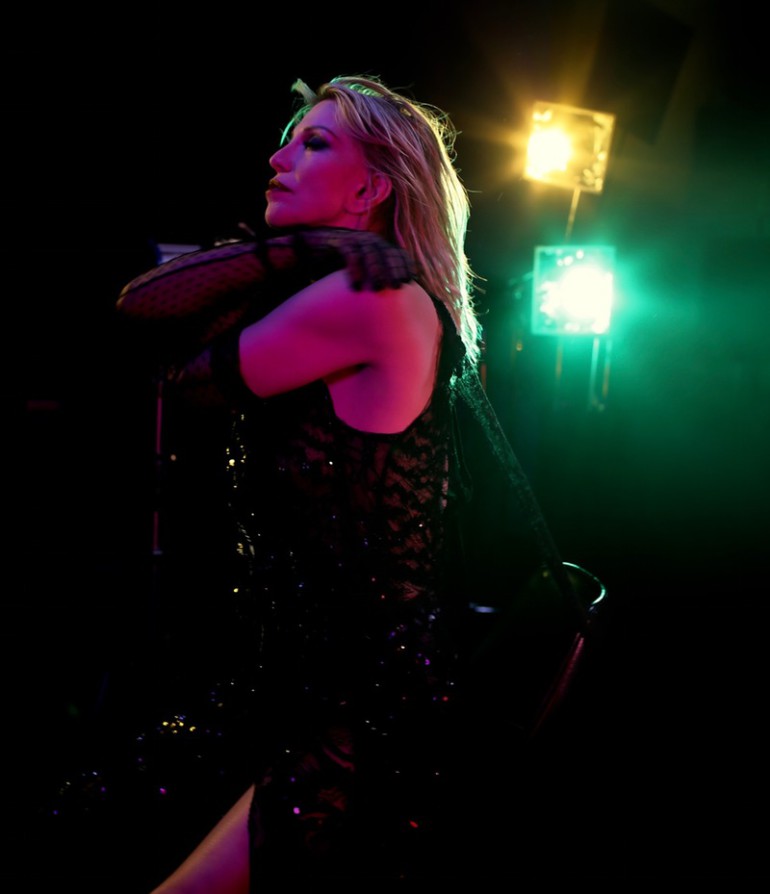 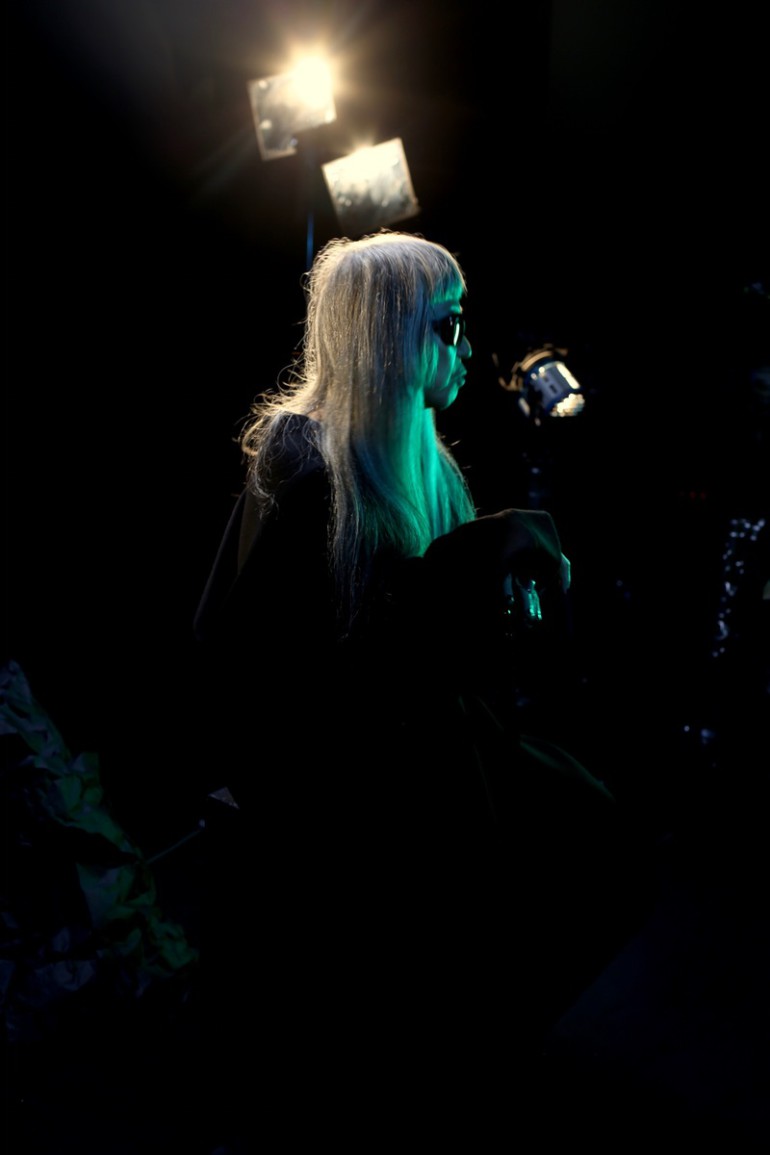 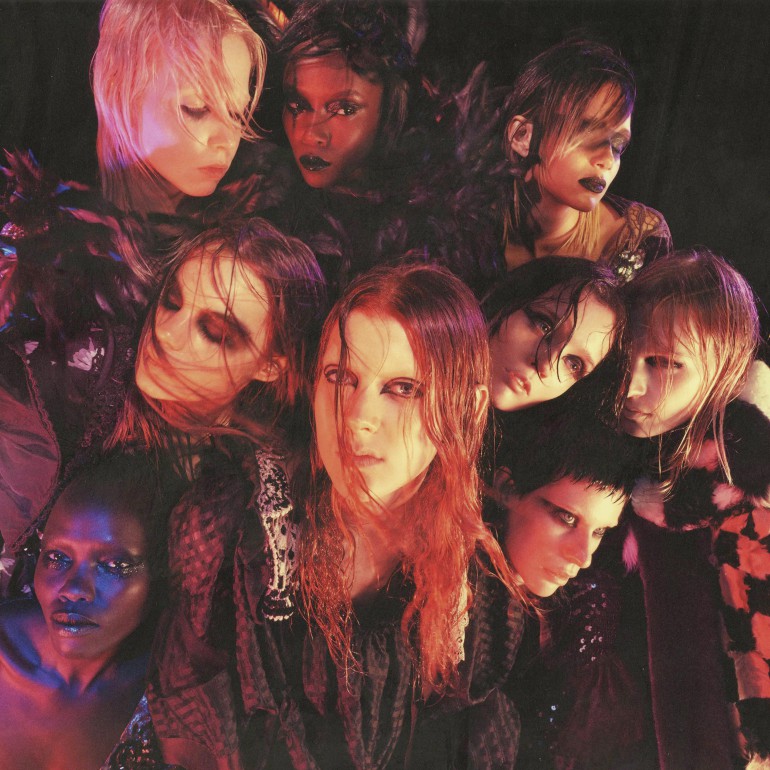 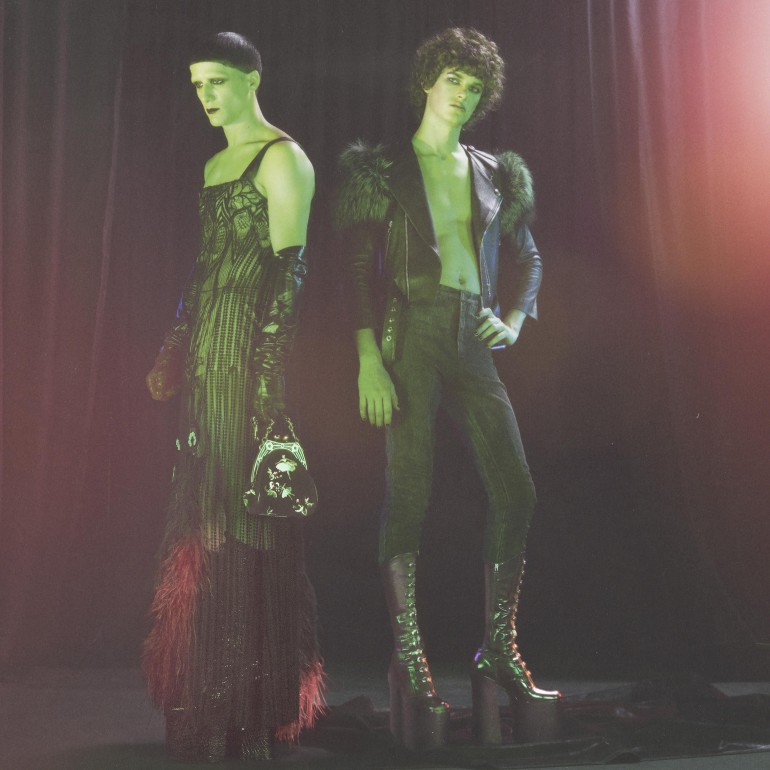 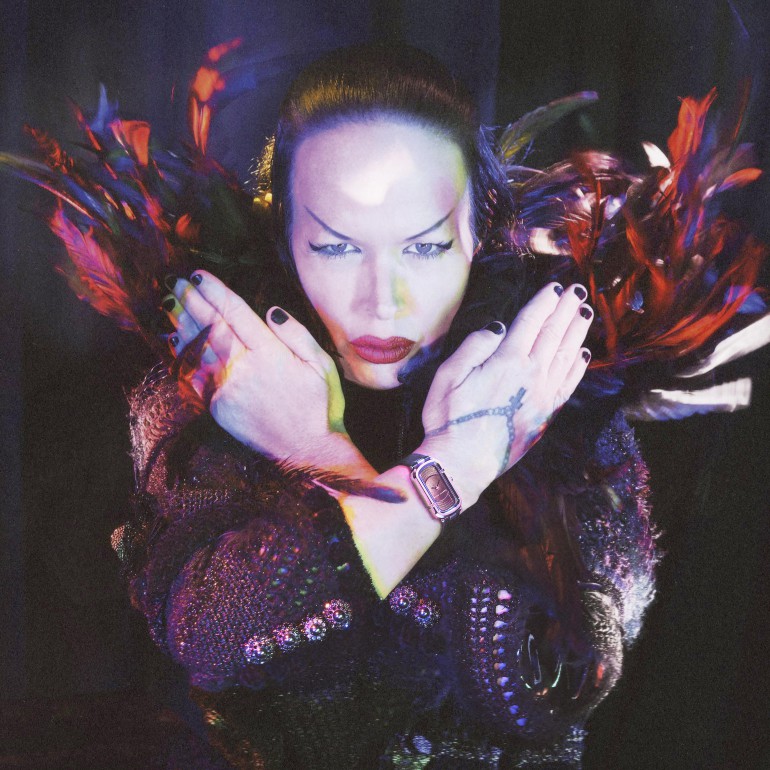 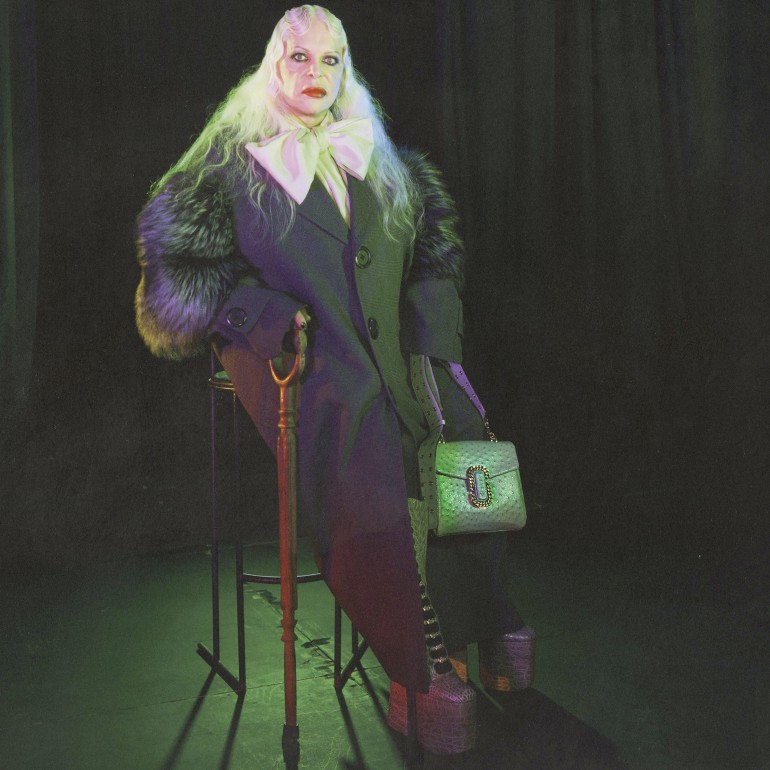 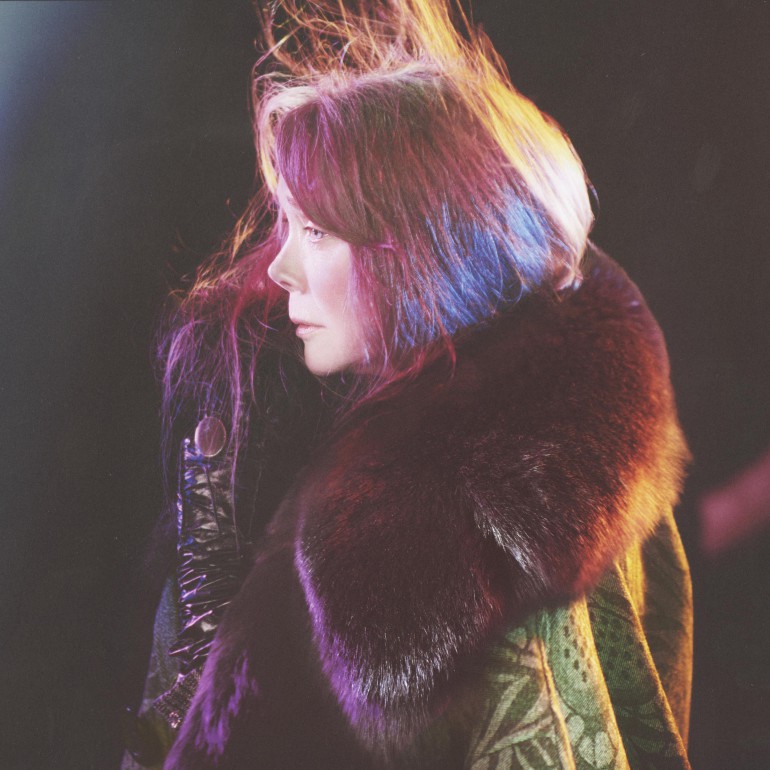 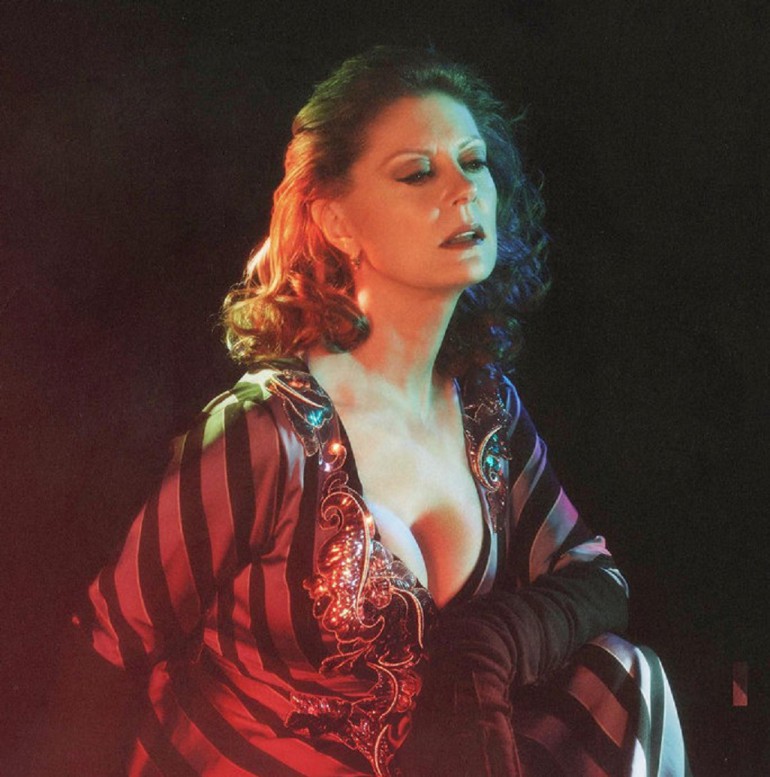 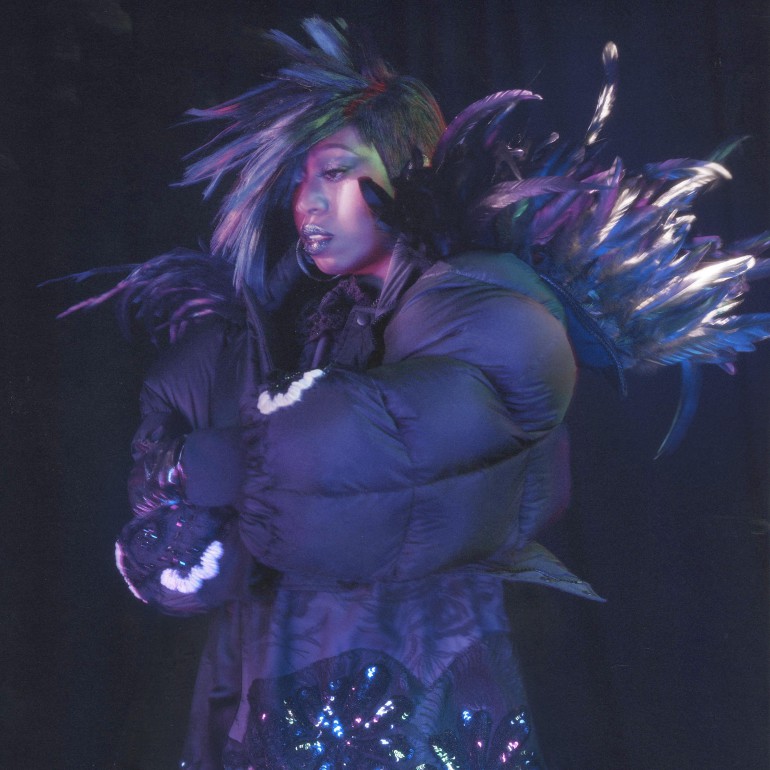 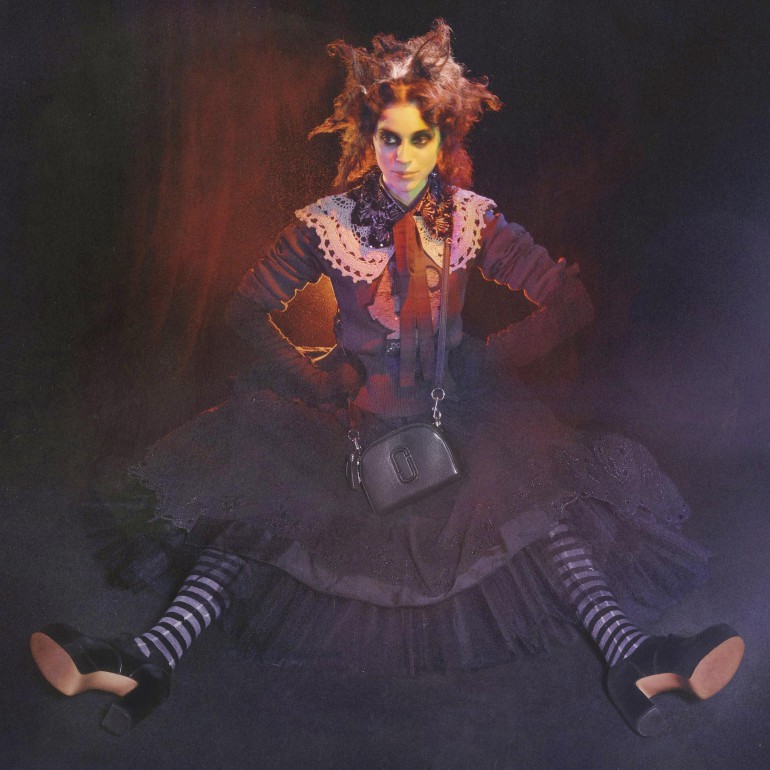 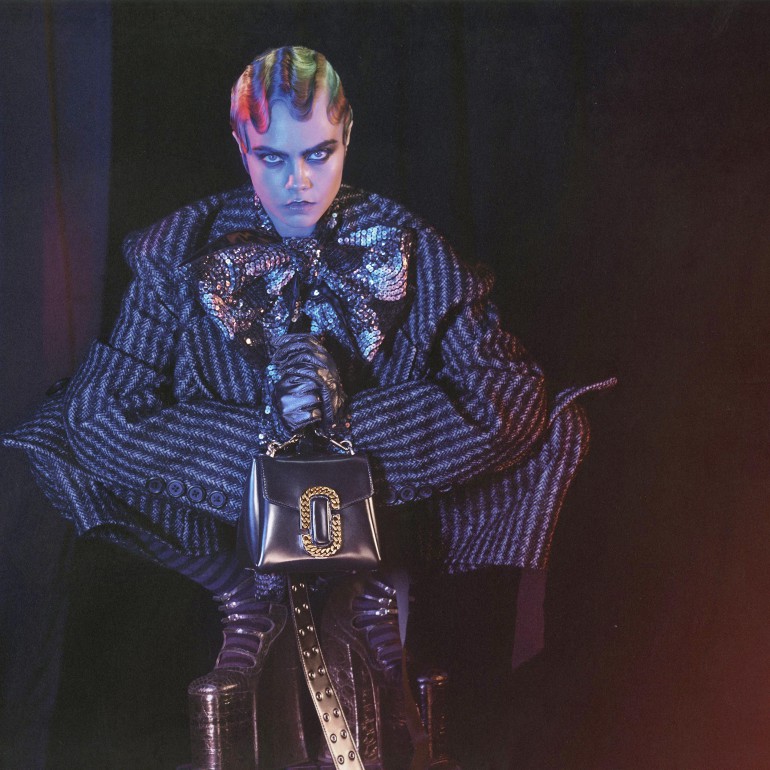 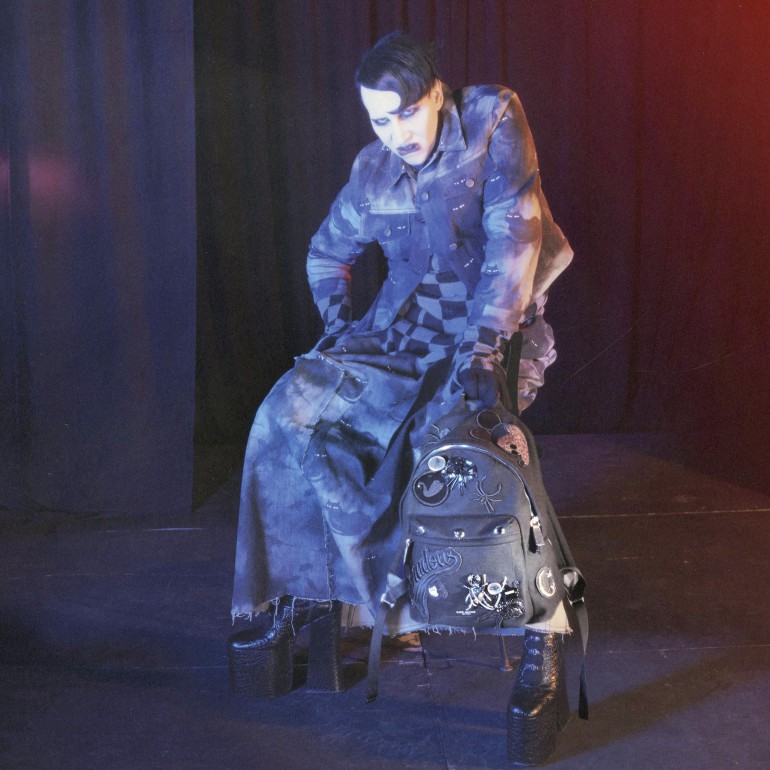 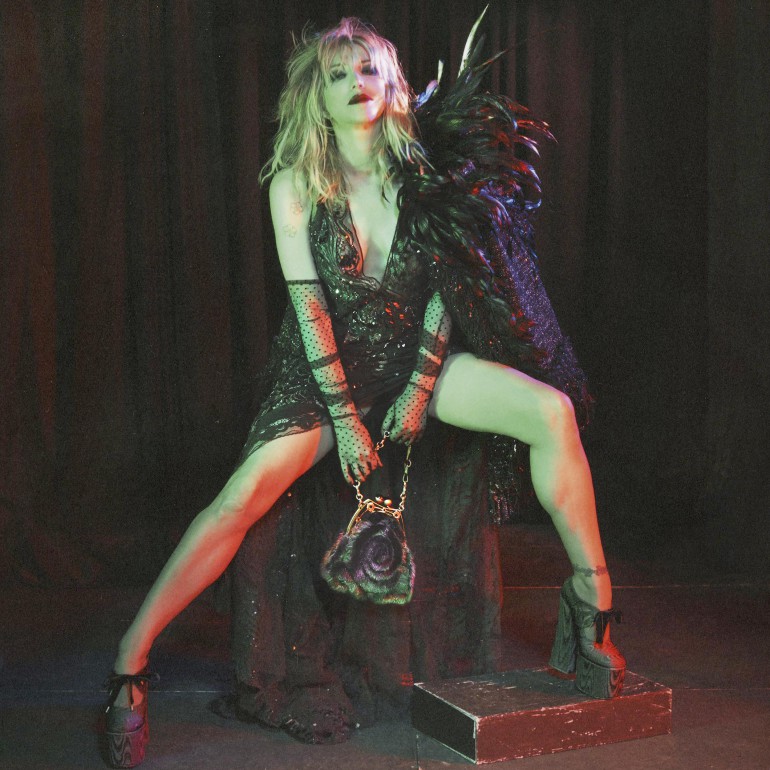 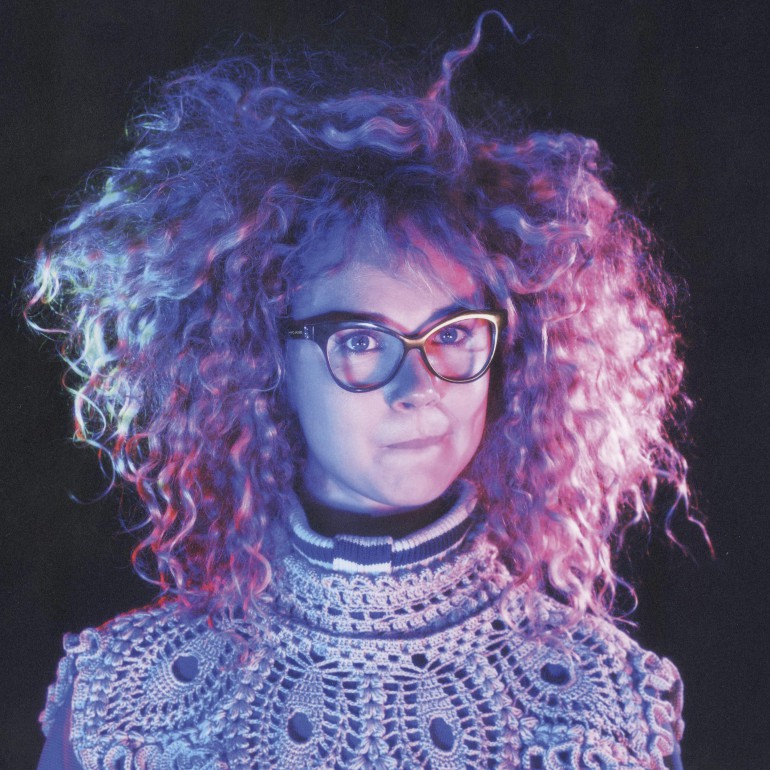 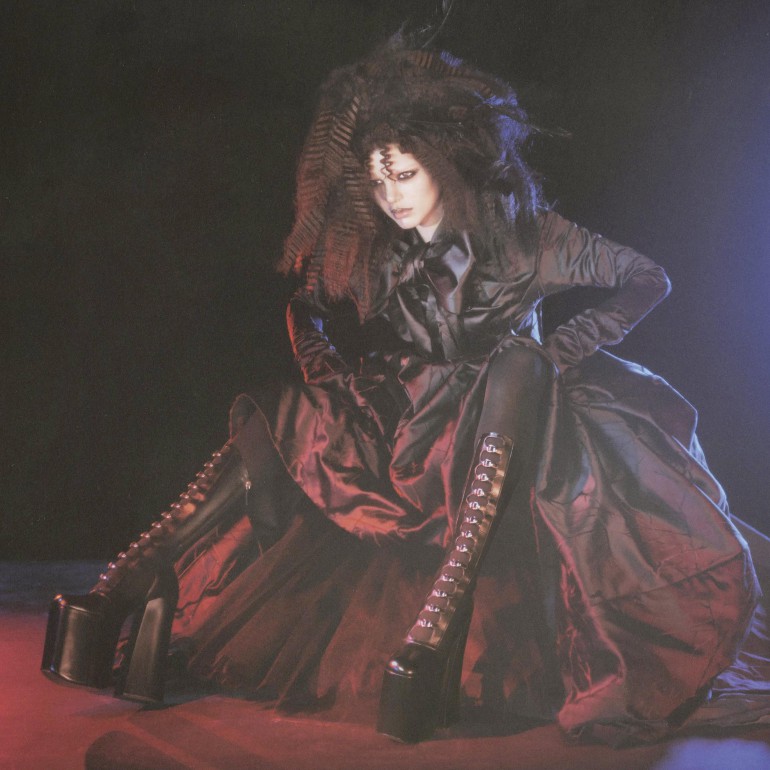