Marjan Jonkman in ‘All that Glitters is not Gold’ by Marc de Groot Vogue Netherlands, July 2016

Marjan Jonkman is Strictly Chic in ‘All that Glitters is not Gold’ by Marc de Groot for Vogue Nls, 07/16. The Glam Slam 70’s has arrived with looks unafraid to flash back in time. This story grabs gorgeous from fashions that glitter while it steals swagger from styles that shine. Going for full glow, this editorial exposes us to another era while showing the road ahead. Dimphy den Otter reapplies the cross-over theory with a compelling concept I call the cohesive swap. Decadence redefines itself with a collection of high-end designs that are a reflection of the times. Buckle up, it’s gonna be a brilliant ride. Enduring trends complement our repertoire of couture, from YSL, Halston, DVF & beyond. Easily brushed off as party garb for play, these idyllic looks represent a period when the enslavement of style was lifted. Bridging the gap, we were no longer forced to endure the bourgeois blend, instead, we were made to feel the past propel us forward. This piece presents a more cohesive way to honor those influences.

Makeup reflects the fusion of two worlds as Irena Ruben blends the beauty of art and era. We ride the wings like eyes on high, with black tails flying upward toward the sky. Brows disappear into the blonde hair-cave above, leaving behind a look of distinction. Colors and shapes constantly change as naked lashes secure the forward face. Glamour, “revolved around the glitter ball of decadent disco and pogo-ed into avant-garde punk”, reflecting the diversity of disco. I could not have said it better myself. Blue shadow was artfully applied under one half of the eye and then up/over the inside of the brow. This mimicking of the once famous – blue crayon crush – isn’t exact, however, the concept stands strong. The mouth exudes a metallic flavor while a flat, toned red revels in response. Jonkman’s hair reflects a 70’s aire, while her dew allows us to imagine something new. Enduring looks are firmly ensconced in the pantheon of the past while opening our minds to the idea of change. 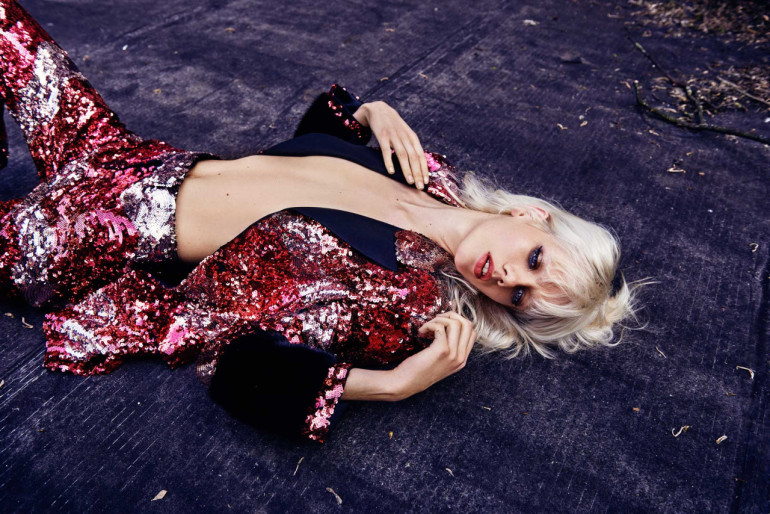 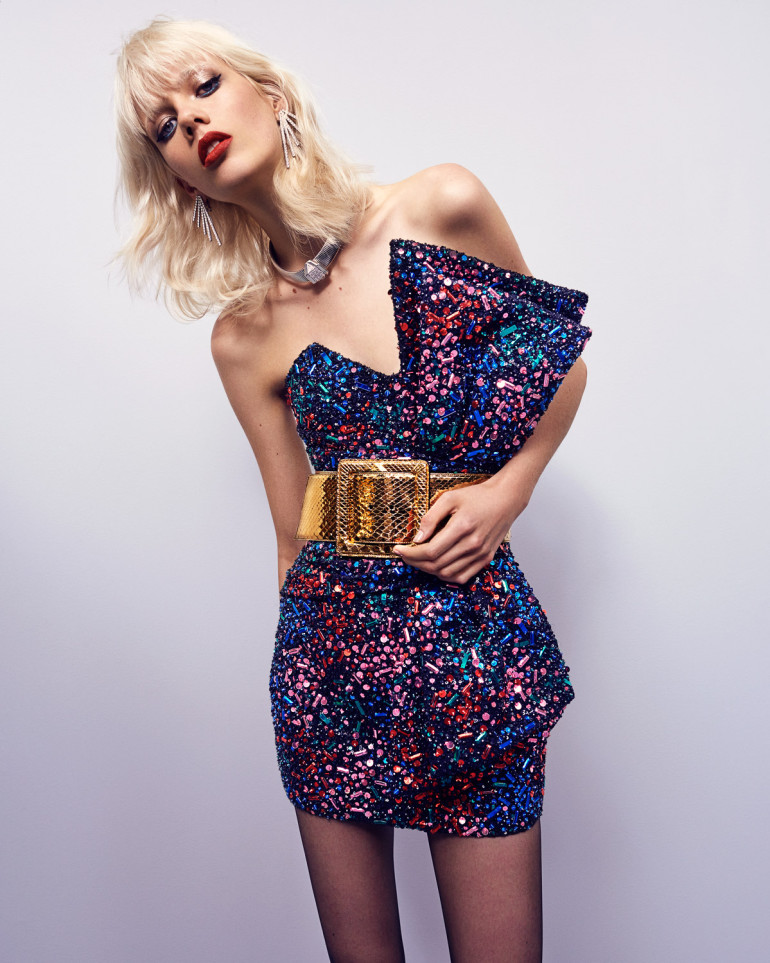 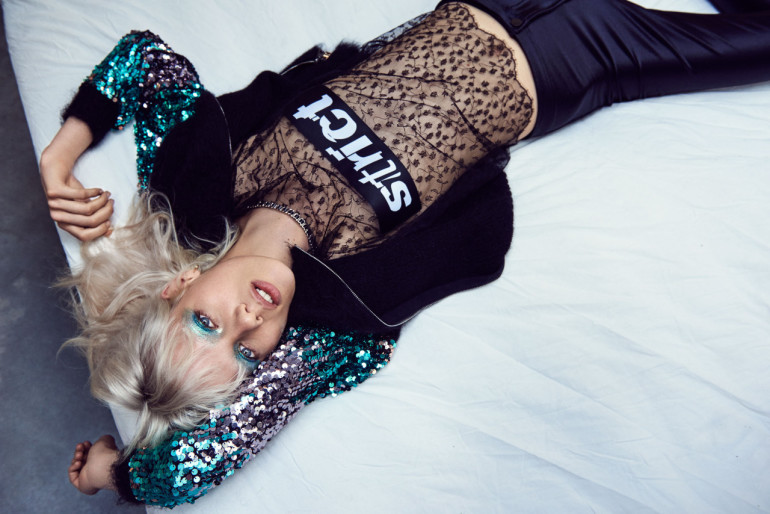 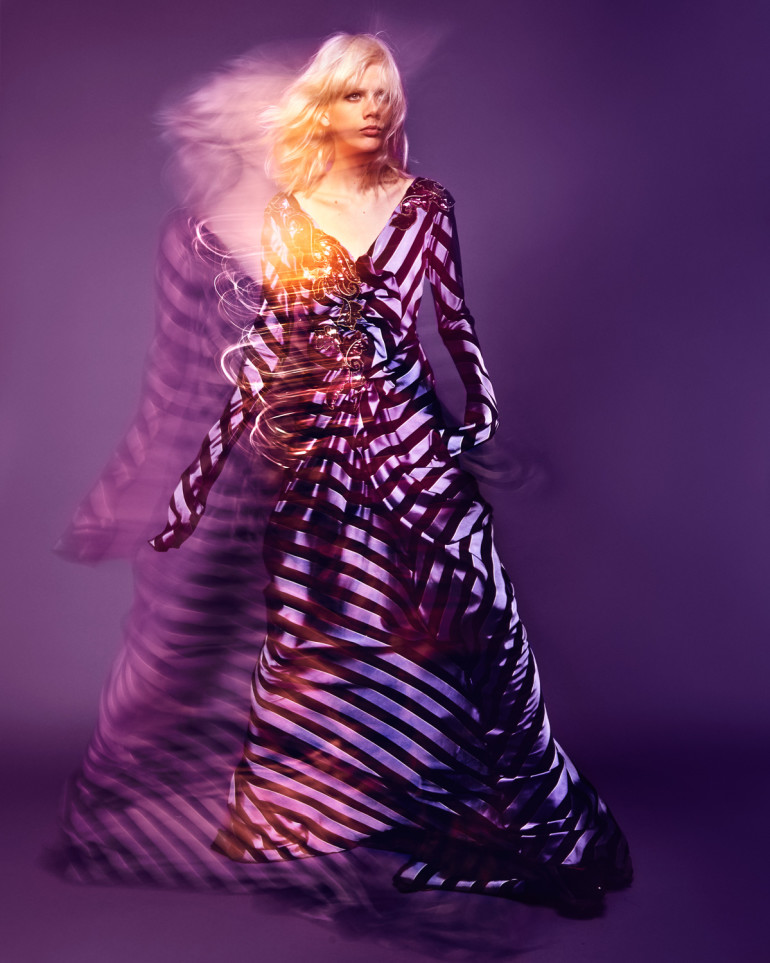 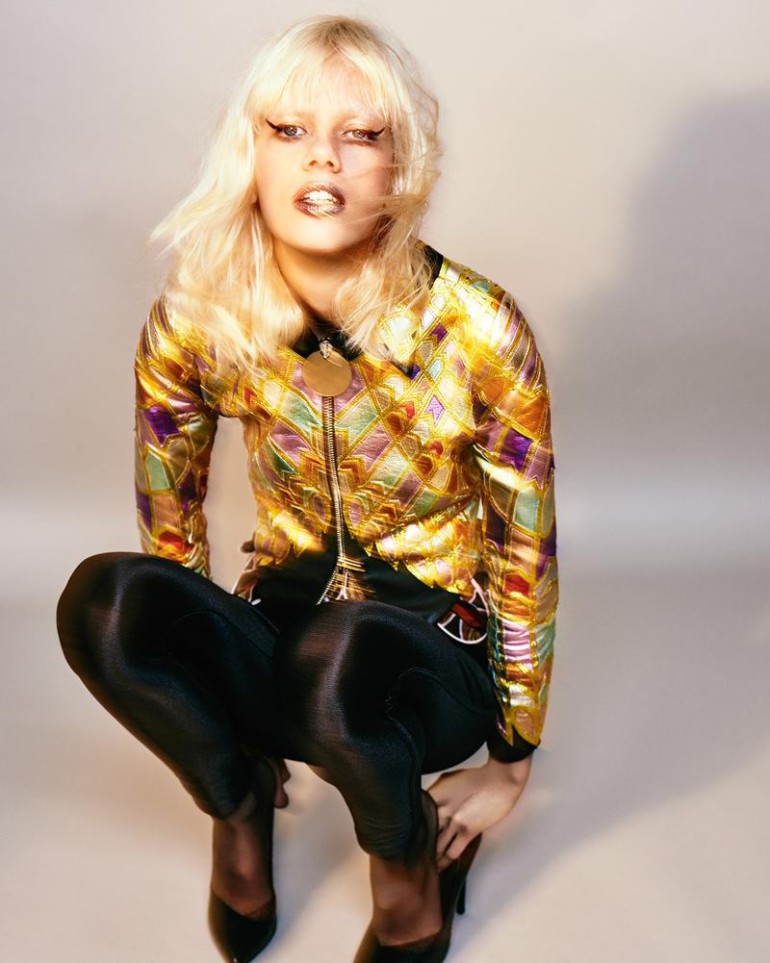 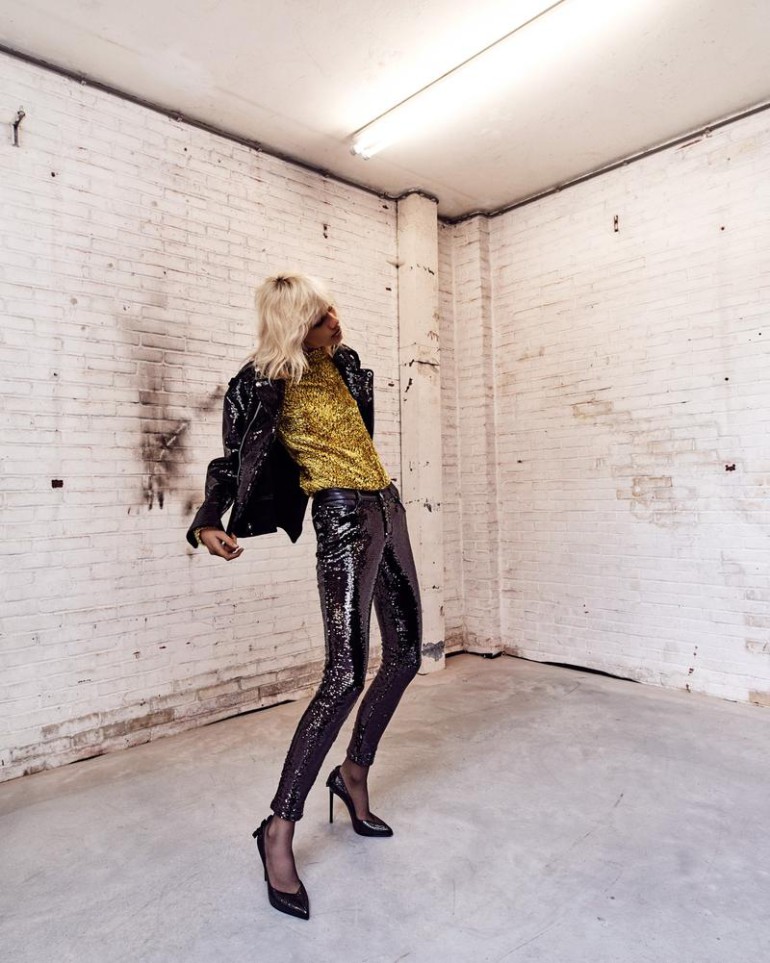 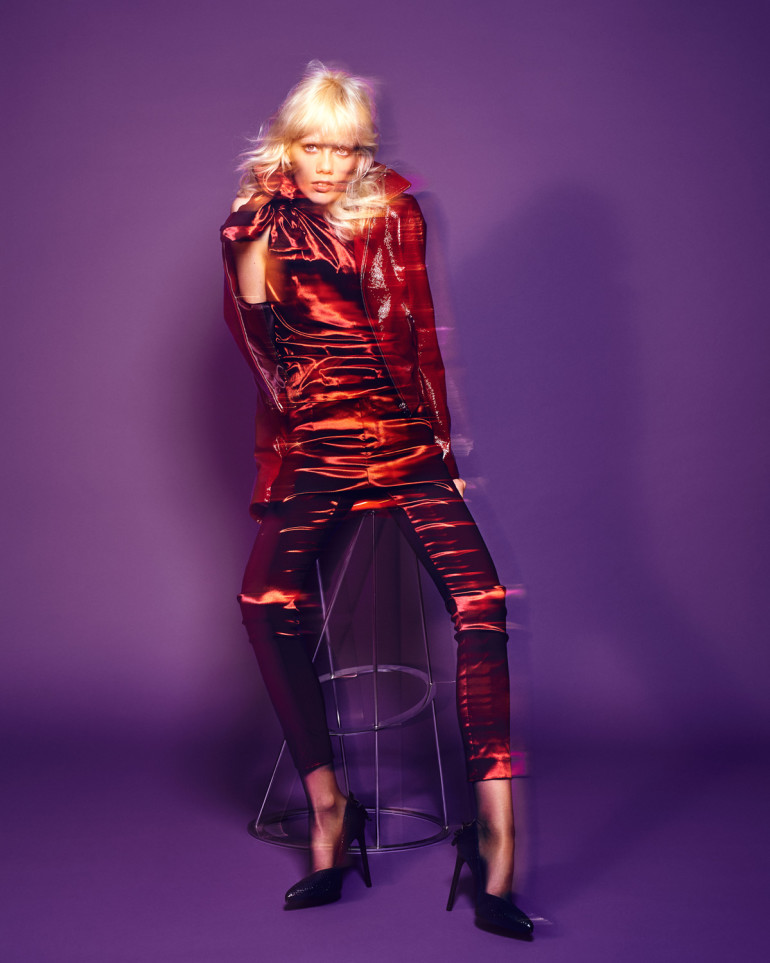 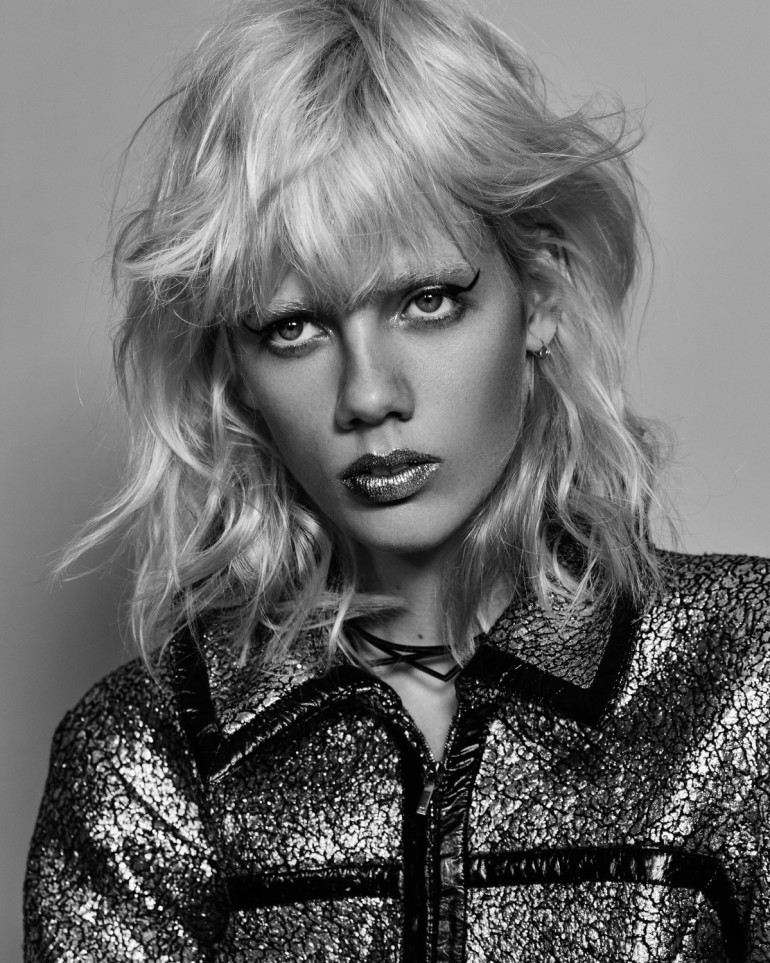 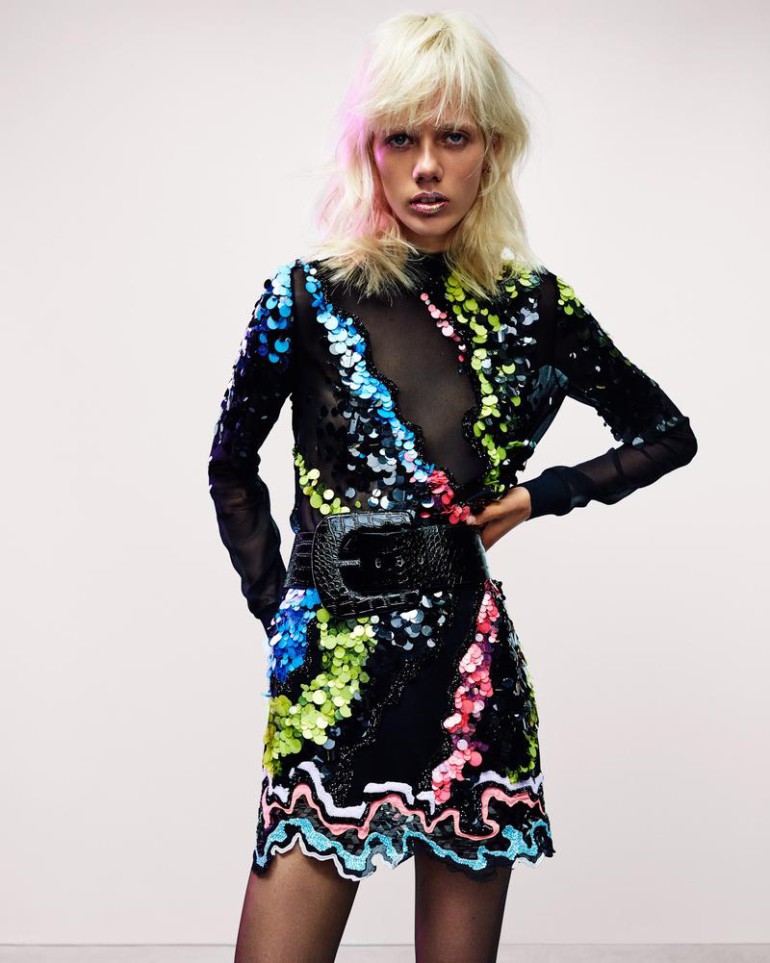 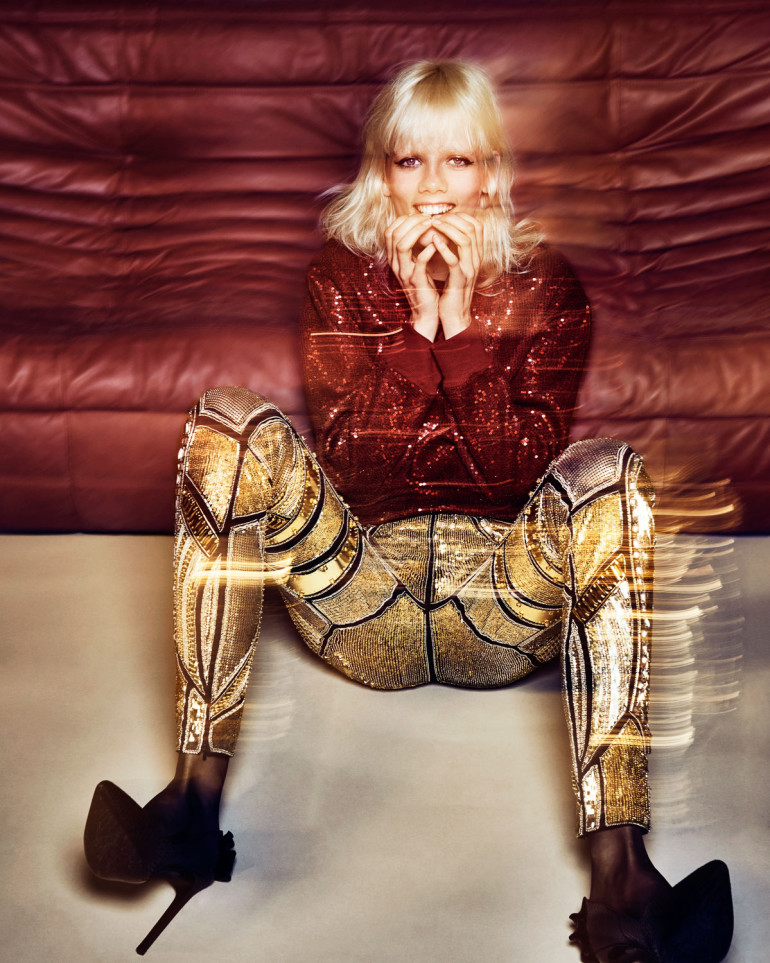 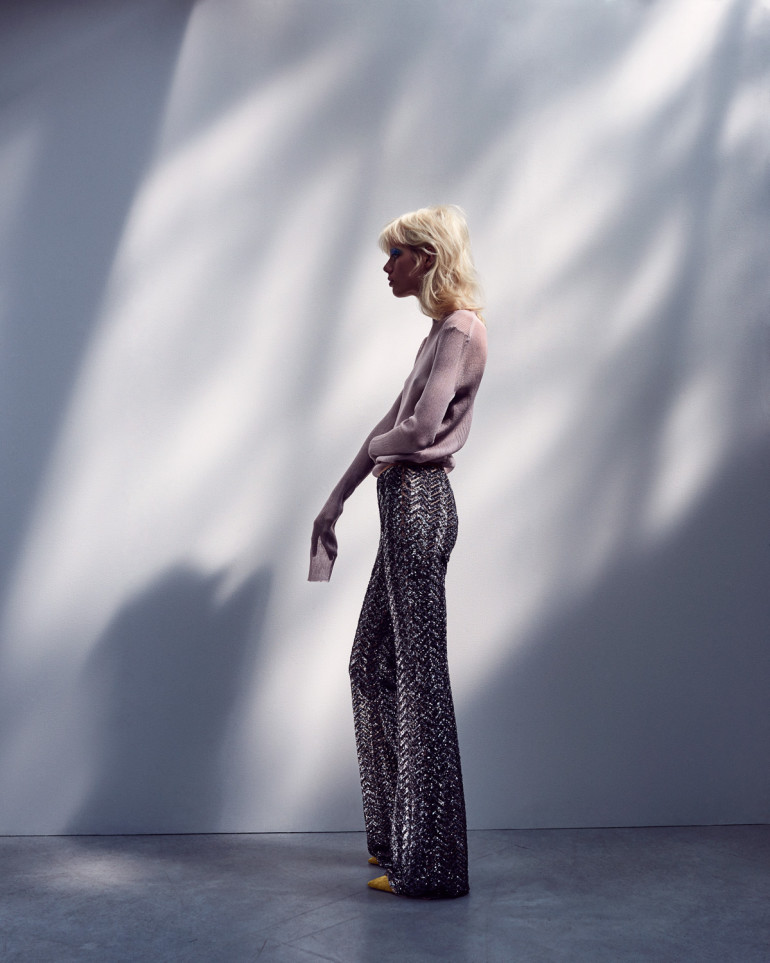 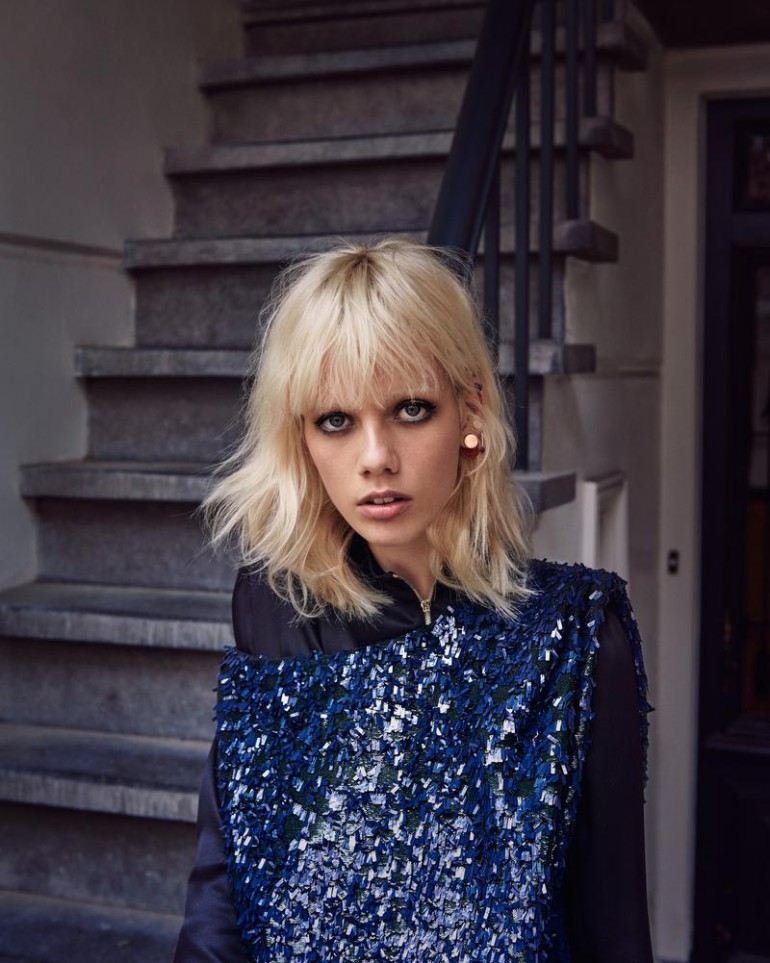 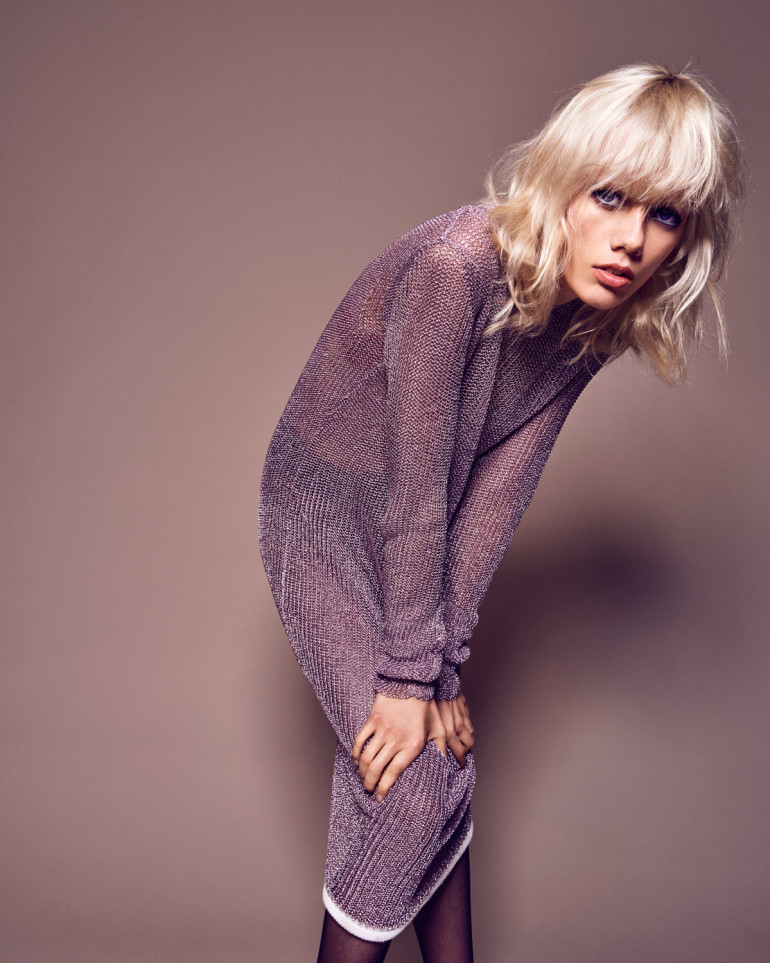 Sølve Sundsbø Invites Us to Gucci's Alternate Universe in Vogue It.