Adriana Lima, Carolyn Murphy and Estella Boersma smoulder in the big city in “Slaves of New York” by Carin Backoff for Love Magazine, F/W 2016. Decadence becomes them as each girl succumbs to the seduction of the city. A love letter to Manhattan, this tells the story of three young women making their way in the urban jungle. Art invites us to ride on this merry-go-round of life. Wearing a daring array of eclectic attire, show pieces project, from looks that mimic costumed couture to outfits that fuel with a frenzy. New York City becomes a stage for the taking in this exquisite editorial designed to defy. Tabitha Simmons goes live with shots that have her standing on the line of spectacular. A Love Letter to Manhattan… garbed apparel projects a series of guised get-ups, all designed to express their adoration for the city. This takes us from the second-hand seduction of Church Street Surplus, to the decadence of Chanel. Creative-Couture captures our imagination from an embroidered silk jacket & lambskin pants by Louis Vuitton, to a military jacket and black wool trousers by D&G. Furs ruffles our feathers from a fun and flirty short coat by Rodarte, to a longer, pink/black belted number by Bottega Veneta. A black, lacquered tweed jacket and skirt by Ricarrdo Tisci for Givenchy, accompanied by a white blouse with gold accouterments by Francesco Scognamiglio. Polka dot tulle stirs the senses by Moschino, while a tail coat and embellished velour scintillates as it intoxicates by Juicy Couture.

The fusion of faces begin as Diane Kendal and Marla Belt becoming one with the music of makeup. Showing us the purity of her punk attitude, Carolyn falls back against a wall in a smoke free room, defiantly lighting up a cigarette. The mutiny of eye makeup is found as the fury of noir comes ’round. Glossy black encircles the entire lid and then wings out to perfection, while deep ebony slides over the lips going straight goth. Lashes are left clean with no mascara to mess up the scene. Come to see the cat-eye that transforms into a tigress. Her ice-blue stare will compel us to bare the undeniable beauty that is Adriana. Her mouth is naked and her skin is but free as her eyes are alive with frenetic energy. An intoxicating combination of muted pleasures & manic attraction, so toxic is her seductive powers… all paths lead to Estella. Succumbing to the darkness within, Estella cries out with charcoal colored tears. Black shadow bursts free escaping the chains that bind, as beauty devours the scene leaving a trail of lines bleeding from the center. Ashley Javier and Guido Palau craft coiffure that speaks to the drama of the times. Murphy’s dew is chopped up in punk position, with blond hair done in a kind of backward comb-over. While Lima dares us to defy with long, dark hair that cascades down her back. Boersma beguils with a weightless bun that sits in front of her face, from feckless strands that fall all around to fearless curls that bounce to the sound. Shot on location at The Wolcott Hotel in New York City, this story is about females freeing themselves from being, “Slaves of New York.”

Bitter is the knowledge one gains from voyaging!
The world, monotonous and small, today,
Yesterday, tomorrow, always, shows us our image:
An oasis of horror in a desert of ennui boredom!

Must one depart? Remain? If you can stay, remain;
Leave, if you must. One runs, another hides
To elude the vigilant, fatal enemy,
Time! There are, alas! those who rove without respite, 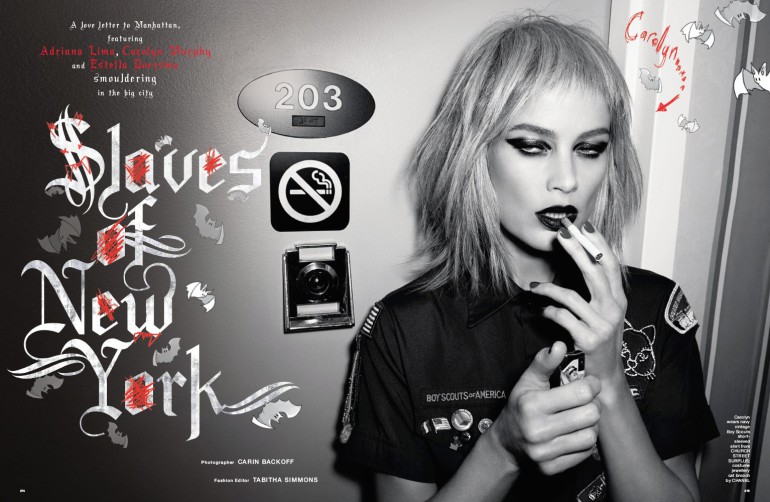 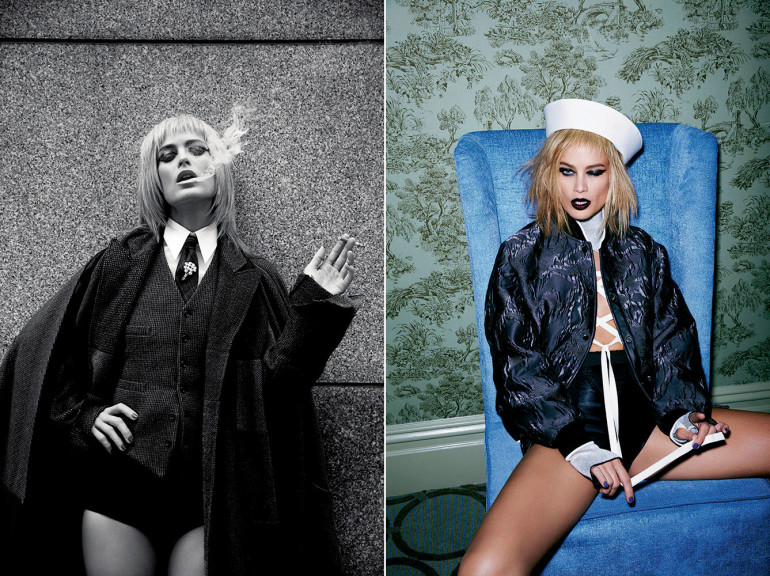 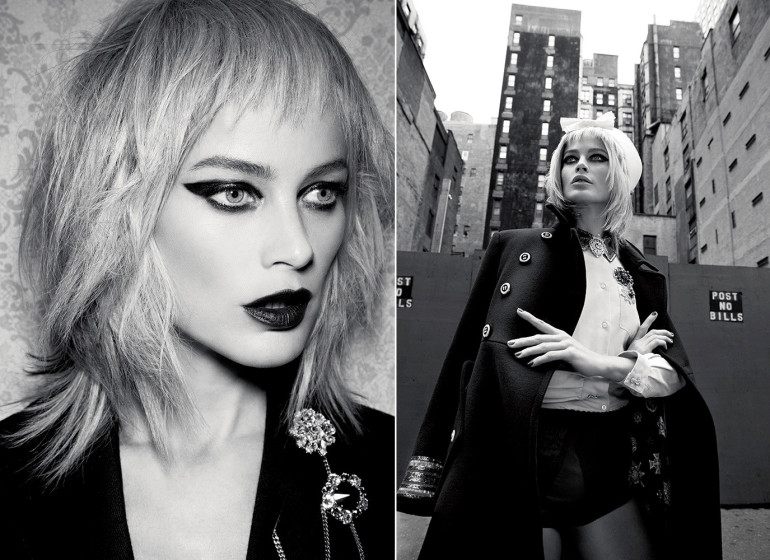 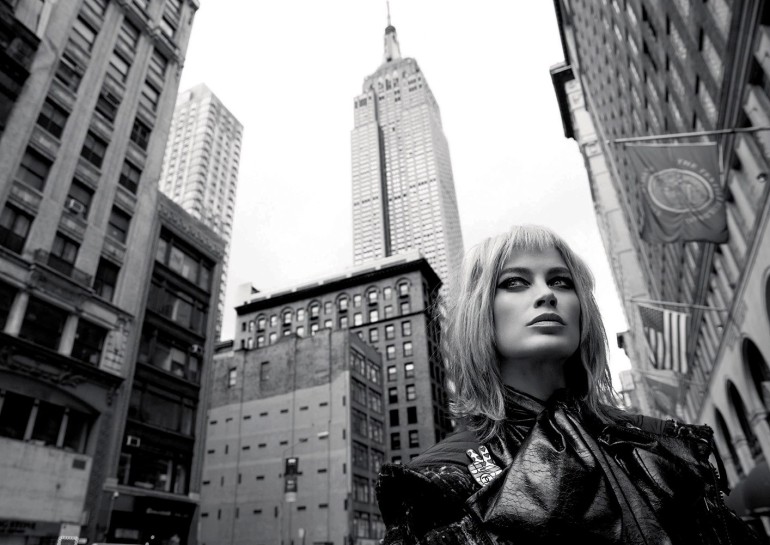 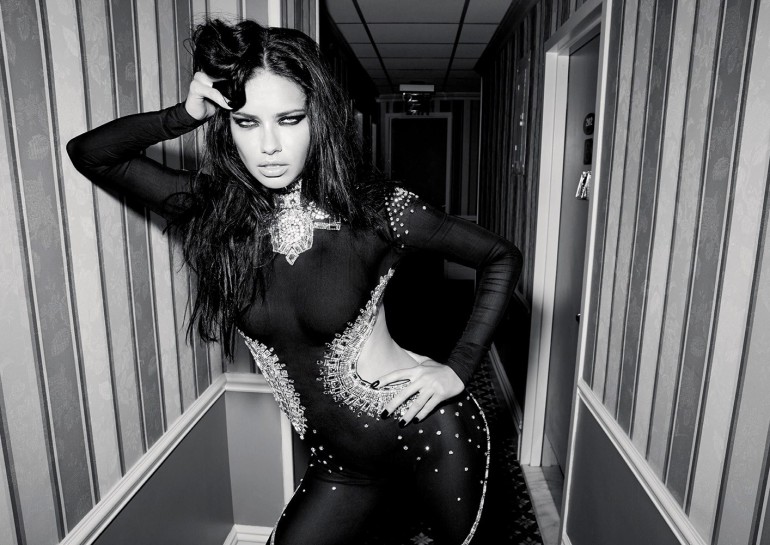 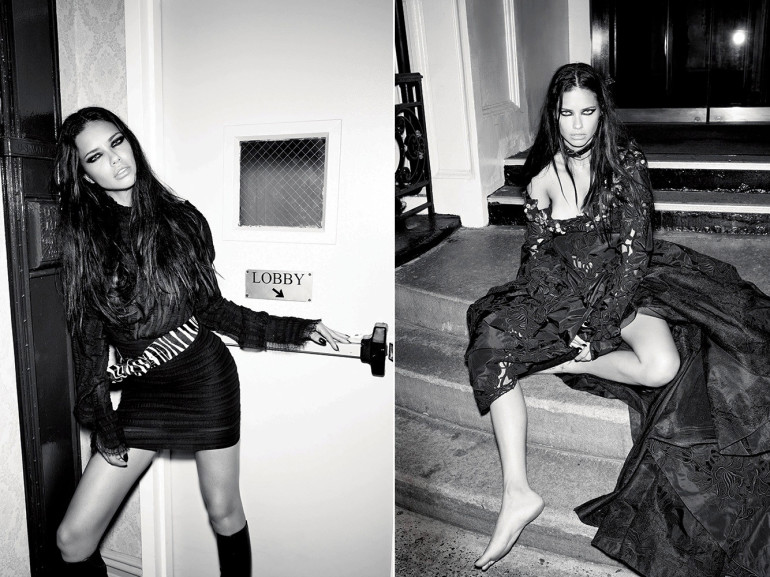 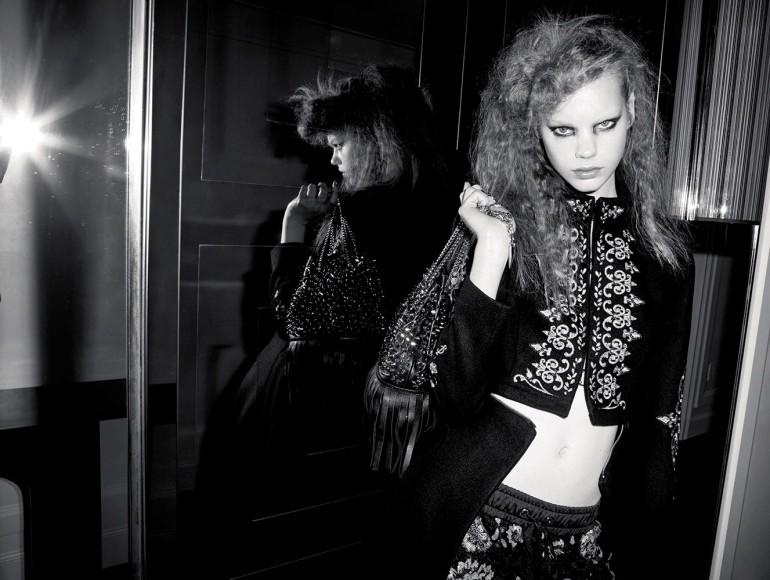 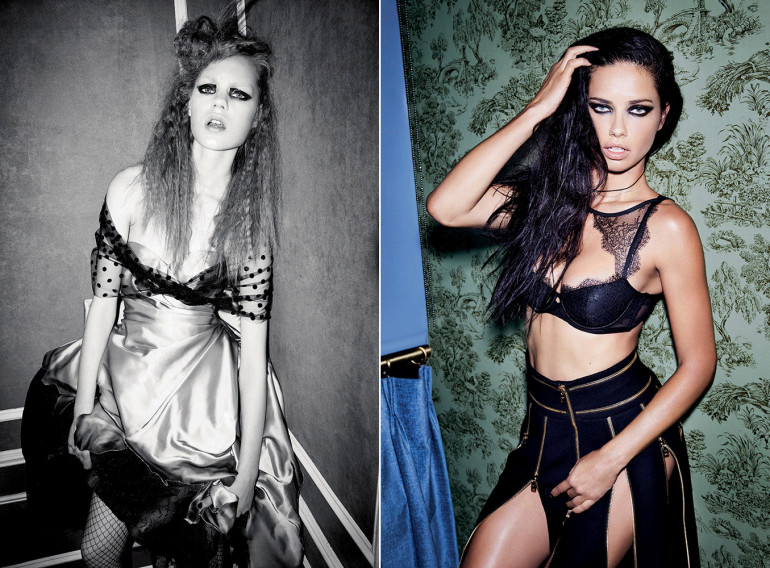 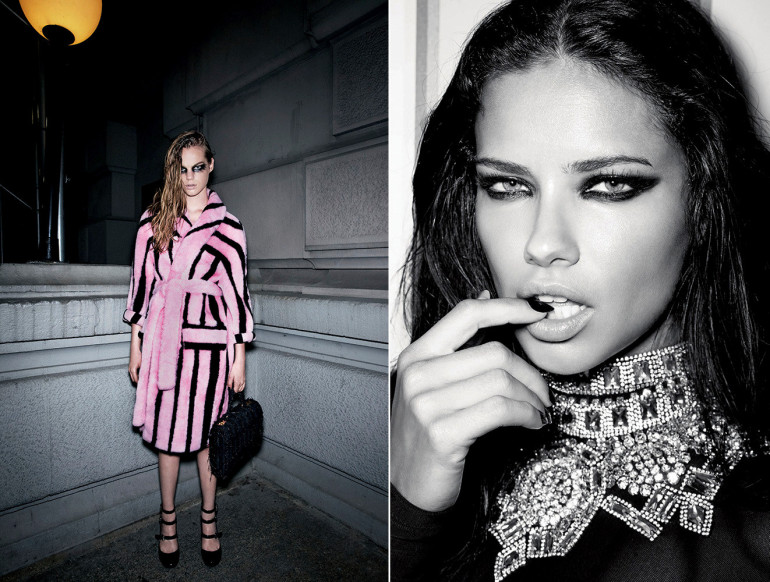 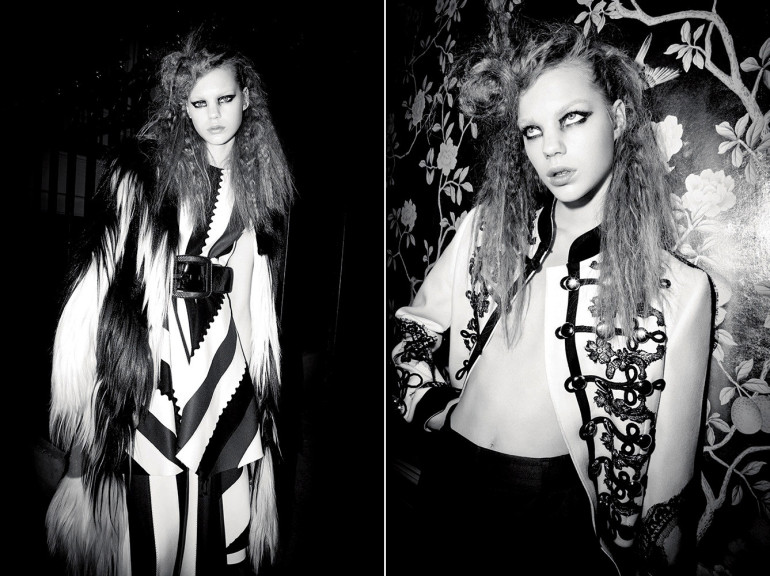 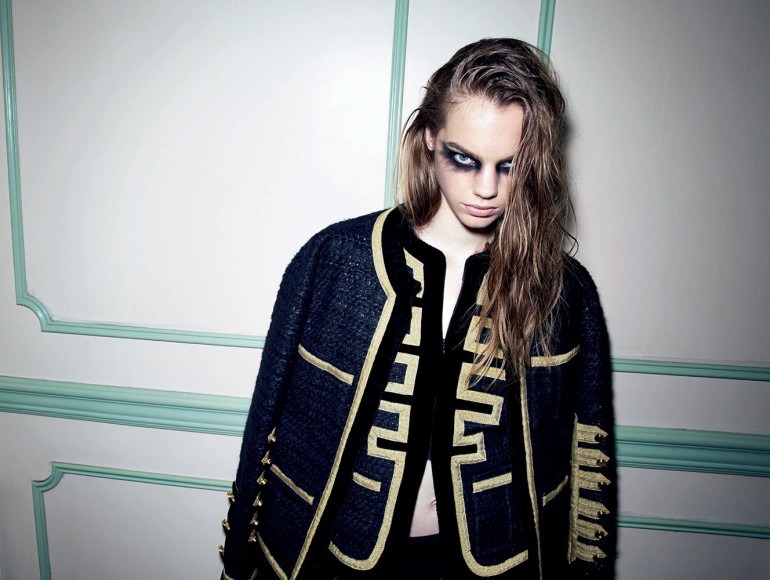 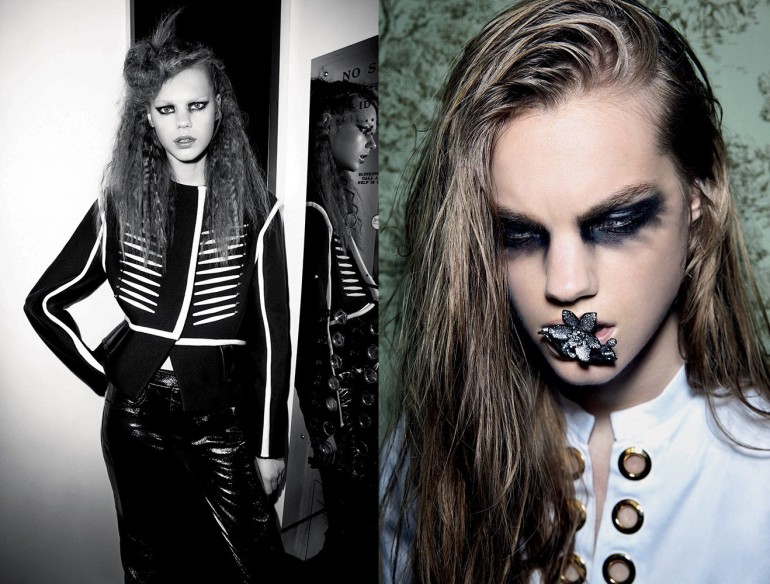 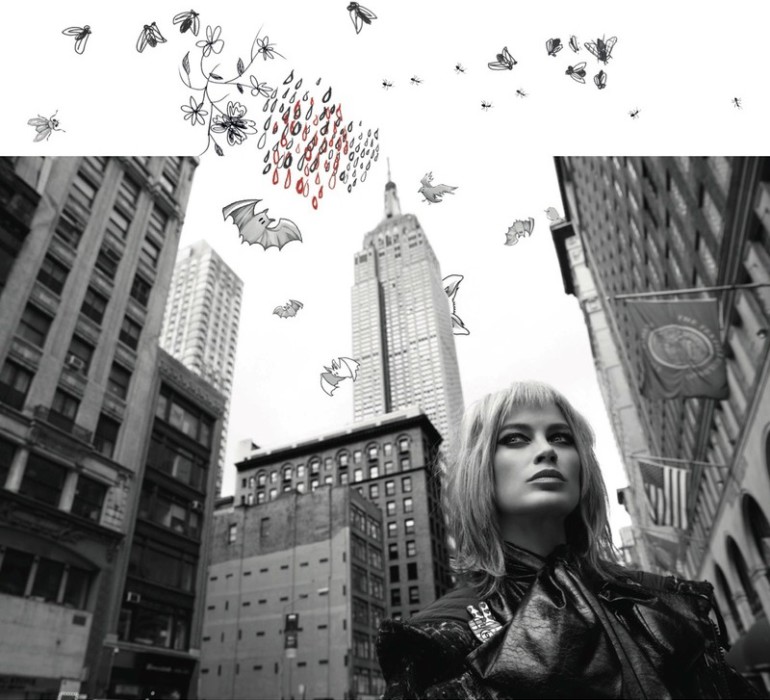 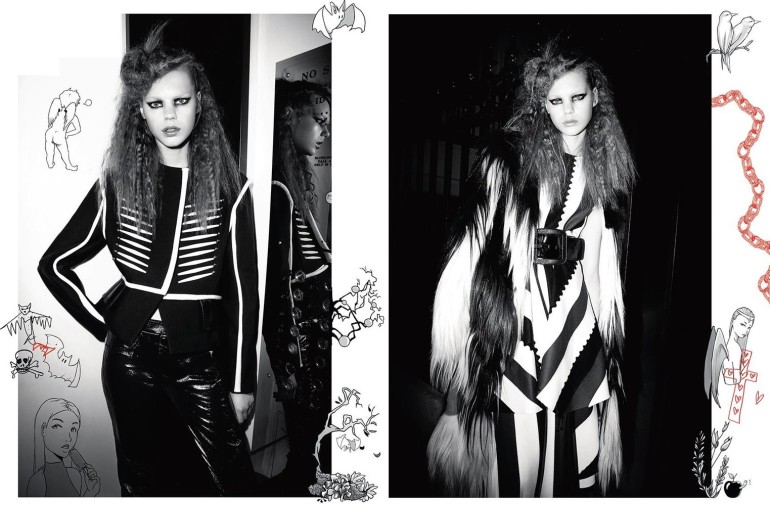 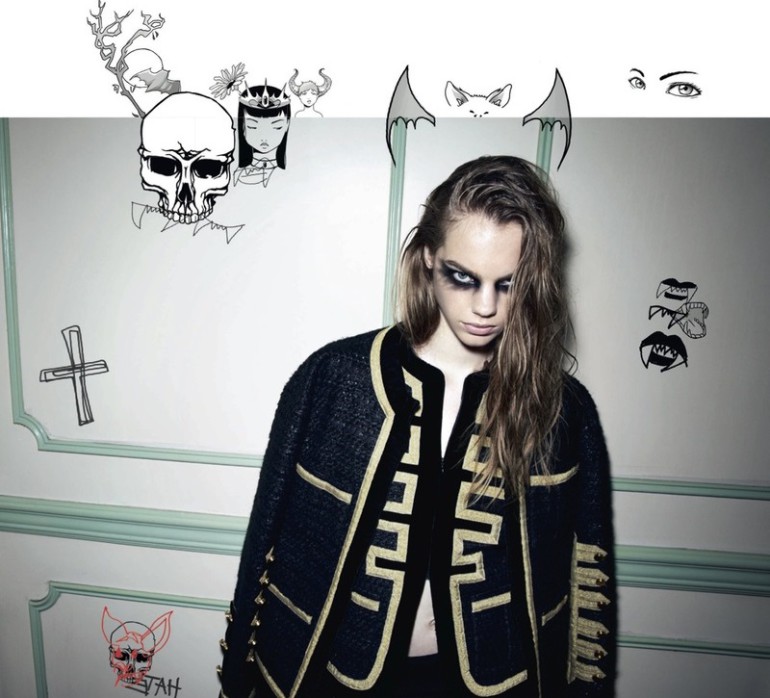 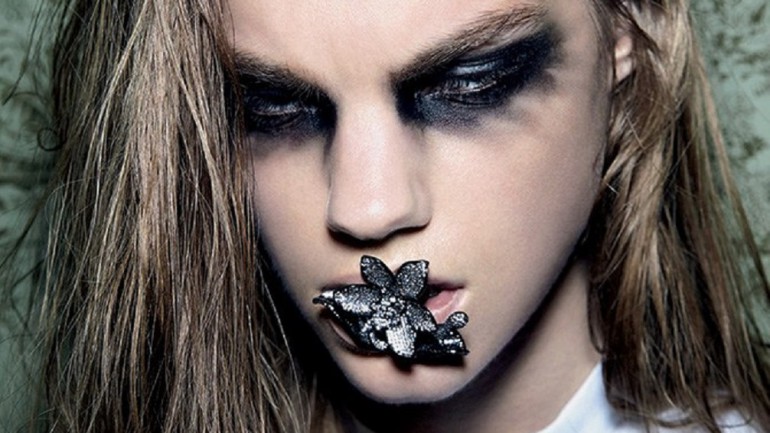