“A Theatrical World” by Miles Aldrige for Vogue Italia, September 2016

India Tuersley plays a thespian aching to perform in “A Theatrical World” by Miles Aldridge for Vogue Italia, 09/16. The star takes the stage as drama defines the power of the page. Impassioned players project as sense of theatrical pageantry, as a troupe of dedicated actors invite us behind the curtain. Scenic styles are founded in melodramatic motion as bodies move in exquisite formation. The Plays the Thing… as the magic of mise en scène lives in the music of the stage. Cathy Kasterine captures the vibe of costumed garments with silk, lace, organza and velvet all bringing us to another time, as each outfit looks as if it’s been salvaged from a steamer carrier filled with vintage attire. This piece honors truth, from the parody of performance to the power of portrayal.

“All the Worlds a Stage… And the Men and Women Merely Players” A quote from, As You Like It, by William Shakespeare. The serenity of simplicity projects a poetic backdrop, leaving Sophia Friesen to lay prone in Valentino as she floats down a stream. Mystical, blue water casts a spell of serendipity as Miles makes vibrant colors appear magical. The Wonder of William never ceases to amaze, in an ode to “A Midsummer Night’s Dream.” Fairies inhabit the forest in this flight of filmic fancy. Perched on a ladder, Alina Pavlushova stands with feathered wings like an angel in waiting. Love echos throughout the room while a young boy stares up into her eyes, as he holds a donkey’s head in hands. This powerful piece speaks in Shakespearean tones, as an underlying wanting penetrates each page.

The angelic connection cannot be erased as Lucy Bridge brings makeup that wakes up the face. Soft skin is powdered to perfection, as a dusting of white is cast like a masque. Beauty bursts on the scene while eyes are left empty and the brows are bleached out. Beyond natural, this is a look that ventures into an otherworldly realm. Lit from within, Nika Cole lifts her head to the stars, artfully brushing her amber, tinged hair. Cheeks radiate light, mimicked in the golden hue of her long, flowing locks. A lilac mouth matches the lavender backdrop as an aureate flavor touches the tips of the lips. The skin gives off an earthy light shifting from shades of copper to echos of deep pink. Seb Bascle captures Nika’s endless flow as she sits in silence waiting for her next scene. India’s cascading curls bounce with true buoyancy saved for the Bard, while her intimating eyes sparkle with silent secrets. 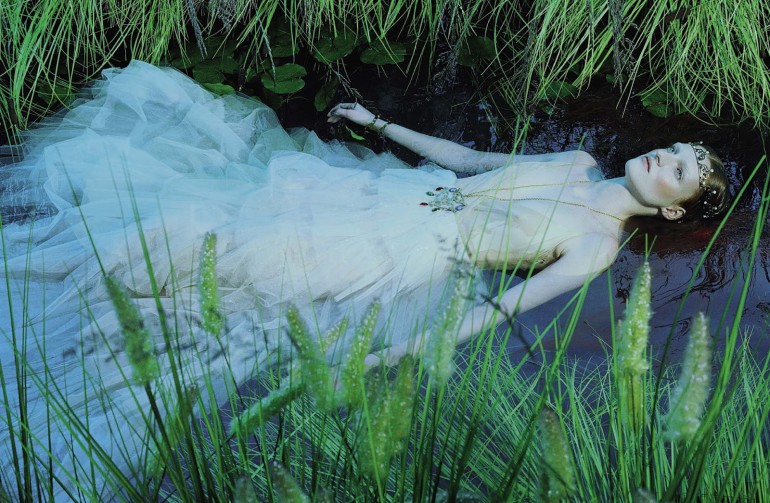 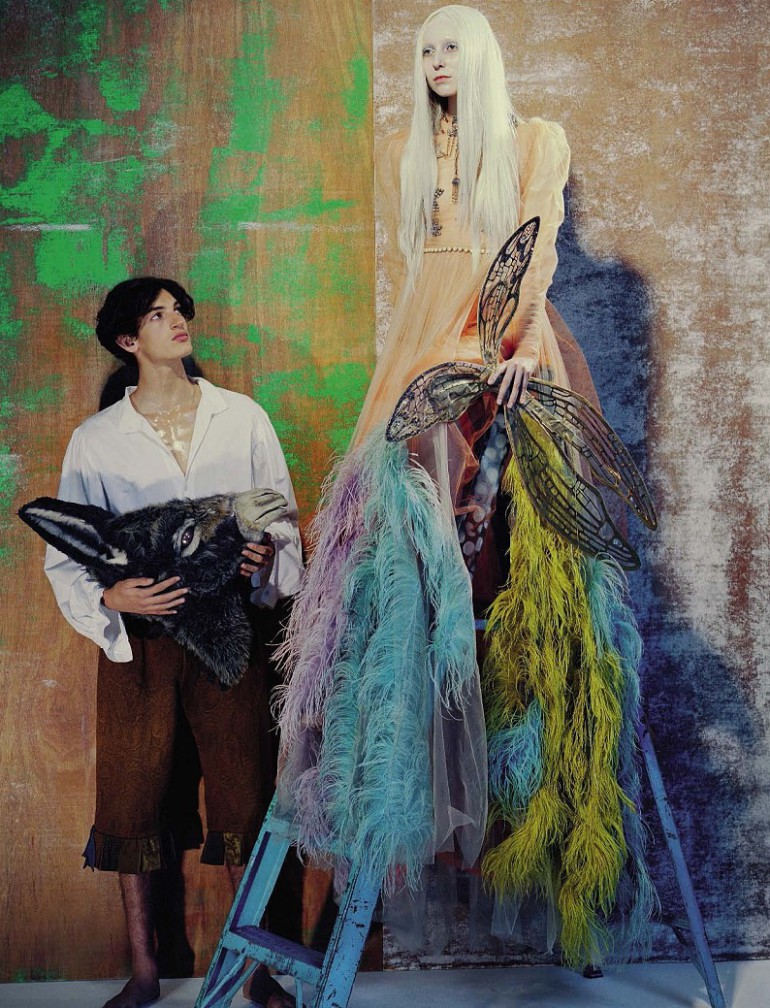 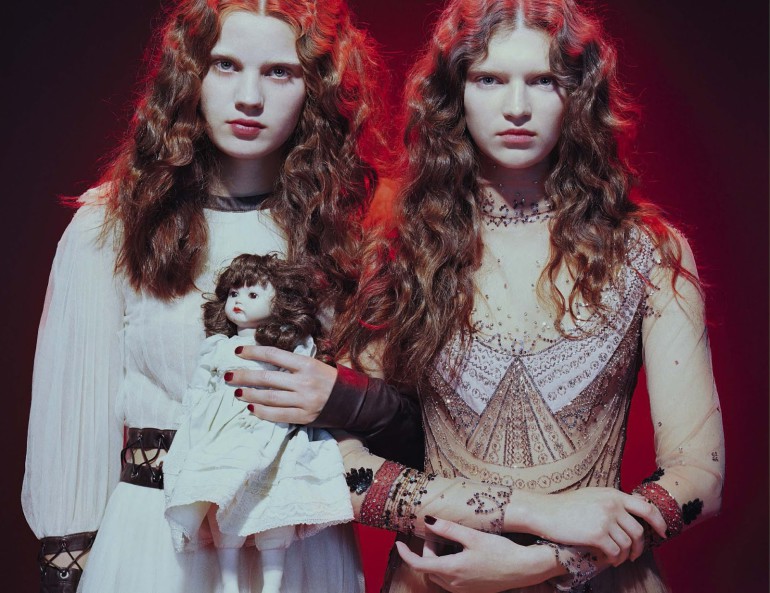 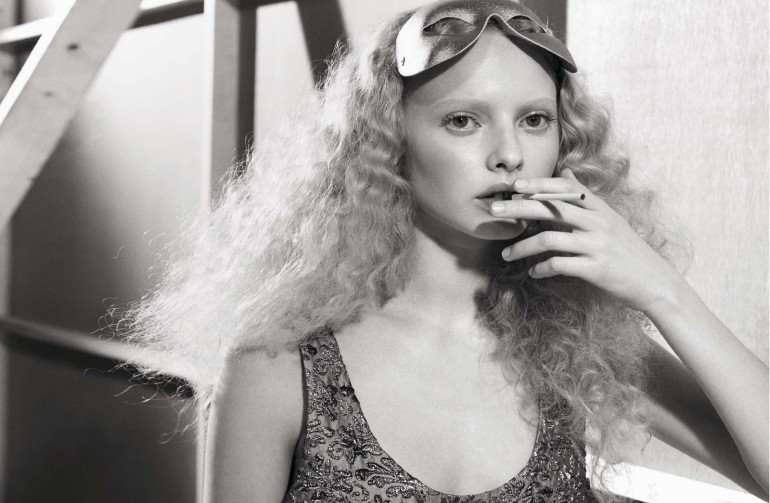 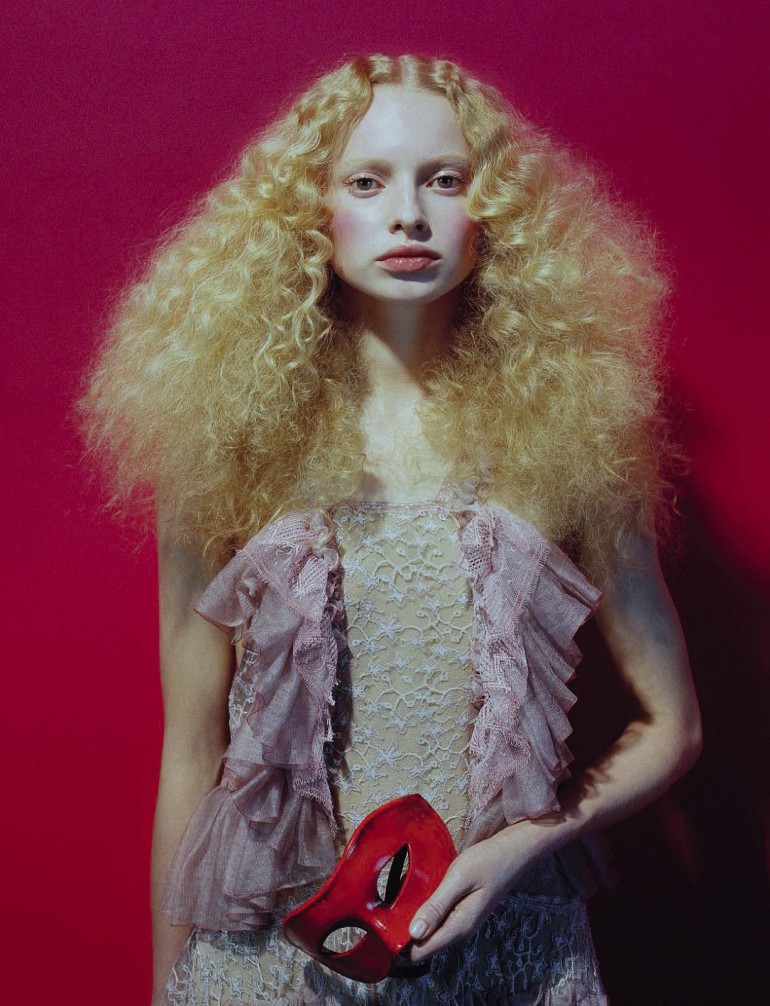 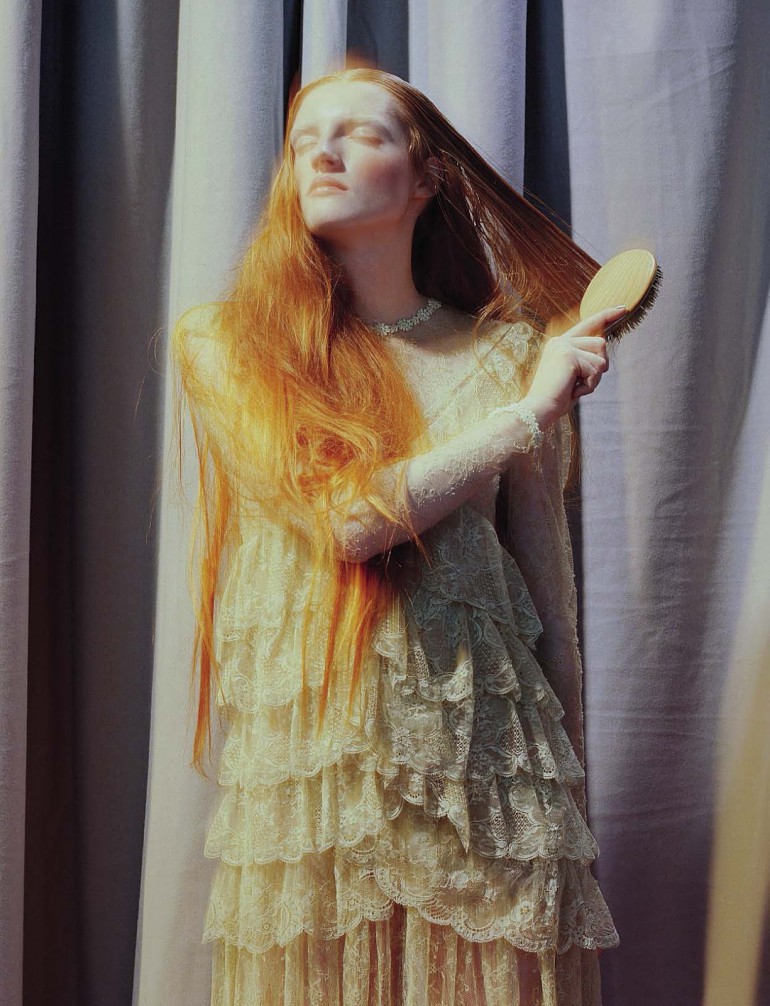 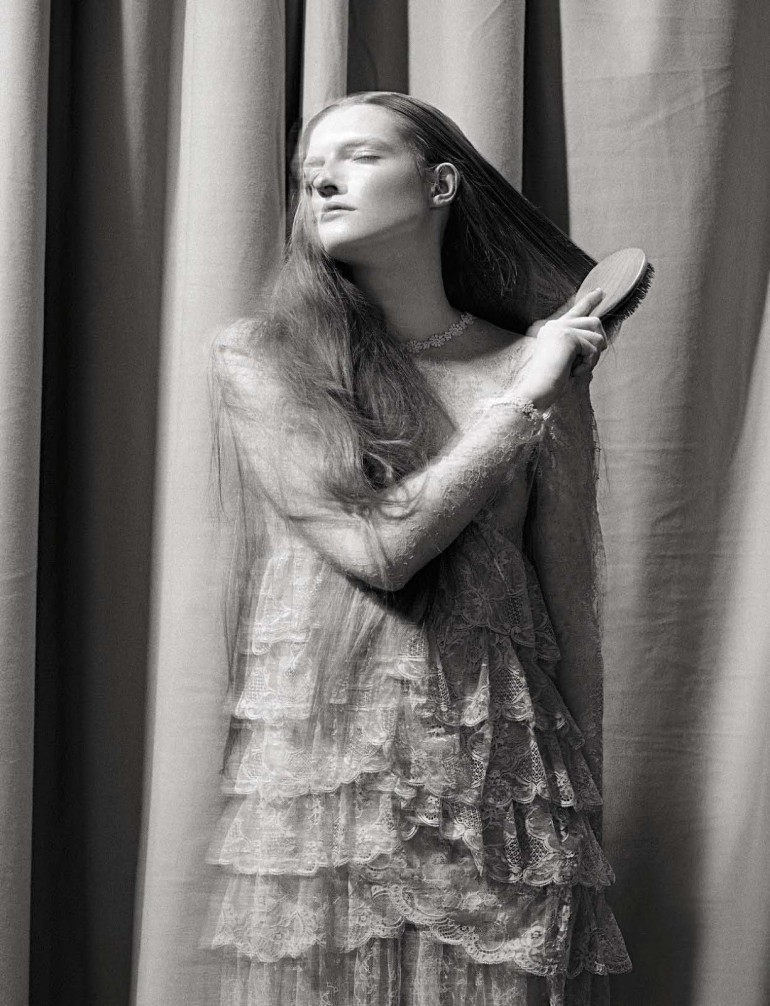 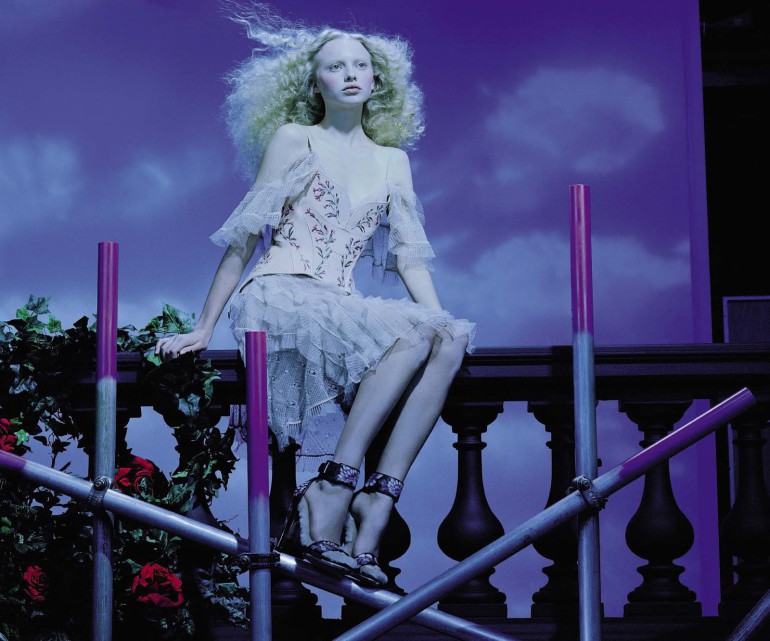 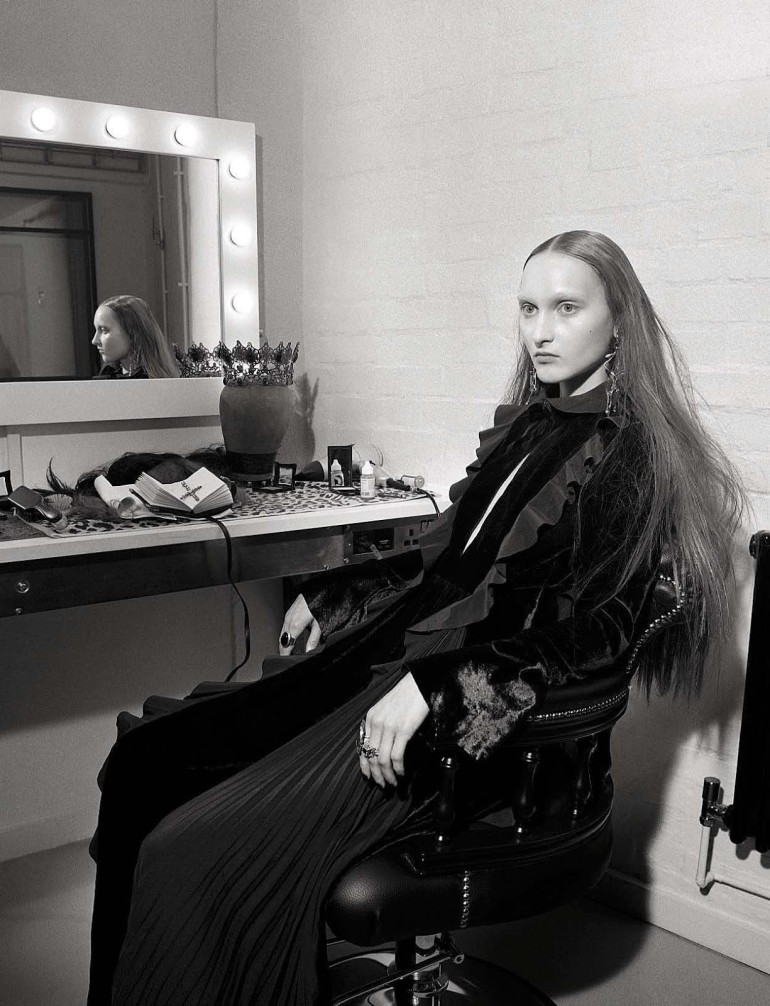 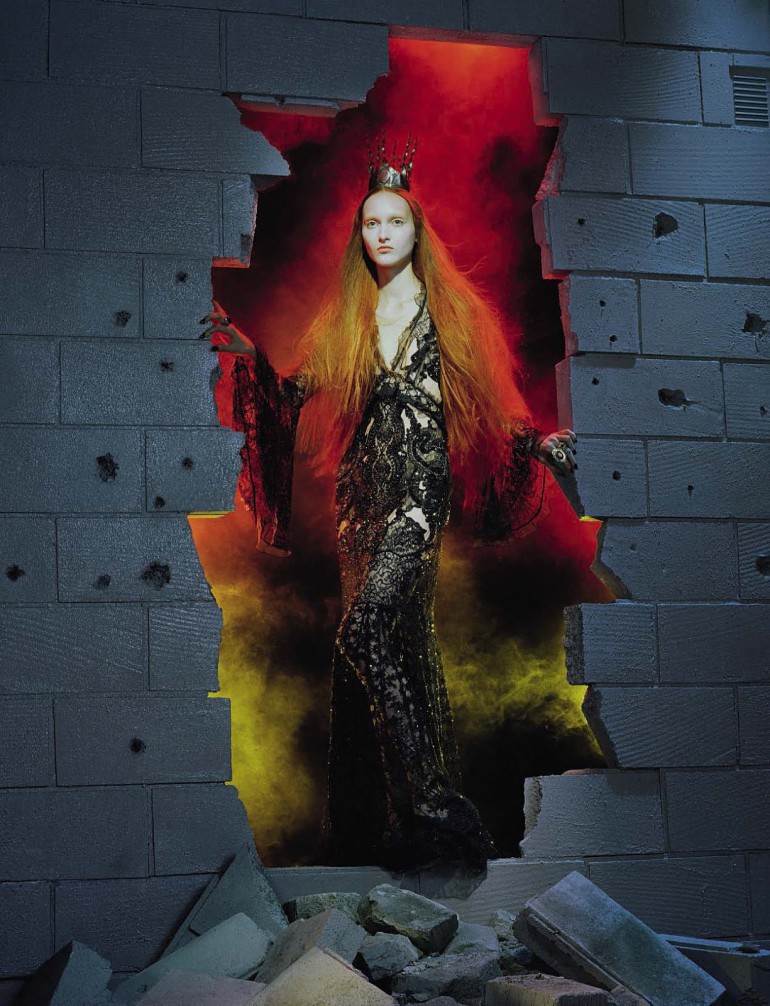 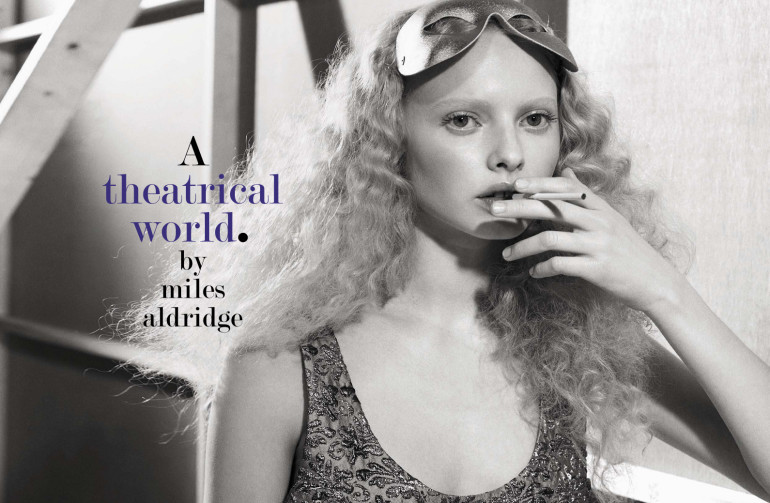