Adela Stenberg learns the place for linear face shapes in “Art School” by Jason Kim for Vogue Russia, 09/16. Close your eyes and you will see the magic your imagination is waiting to set free. The Mastery of Mind Makeup, takes a concept from somewhere inside the creative atmosphere and allows it to fully flourish. An idea without drive is merely potential without propulsion. Giving rise to the visual illusion, Tatsu Yamanaka honors his craft by bringing the soul of his concepts to life. Neo-beauty rediscovers the art of each feature by baring out the story of the skin. The aspect of every slant is savored within the sanctity of the shade. As true color isn’t chosen with arbitrary madness, rather, it’s defined by an ability to be direct. Red revels in its richness as each picture portends the architecture of intent. Brows begin the story with a naked face highlighted by a darkened line echoing the singularity of solitude.

Careening colors combine yet never collide in a rush of black/crimson crush, as two-toned nail shades are mimicked throughout the piece in a fusion en-fuego. Behind a wall of lashes spider legs steal the show with long, lash lines that cover the lid and beyond. A mystical place where anything can happen. Staring into the abyss, she sits silently, waiting to be taken into the orbital arena. Geometric graphics intermix with optical abstracts for visuals that redefine the conceptual landscape. Eye-wings take flight with jet black liner that captures an illustrative illusion. Defiant in its expression, each distinction tells a tale, with a diagonal display that portrays a cosmetic capture. Blush brandishes a secret, as a scarlet triangle is exposed by highlighting the pinnacle points of her patterned cheeks.

The power of propulsion pulls us forth as we begin to see three colors collide. Katerina Zolototrubova fuses red, black & white pushing us toward the fashion future. A masterful mix takes us from the clean shapes of a black wig to the wonderful lines of natural hair. Olivier Lebrun creates a stick straight dew with diagonal parts that portray an angular illusion, while high bangs cross the forehead, starting a linear explosion. In one of the most poetic images of the editorial, a pale pallor peaks out from behind the black hair wall, aching to be seen. The masque of mischief plays its part as the bangs split down the center, leaving an opening for the nose to show. Oral art penetrates the page as a square mouth-piece speaks in silent rage. Lips are the Thing… as she screams in silence from behind the scarlet mark. 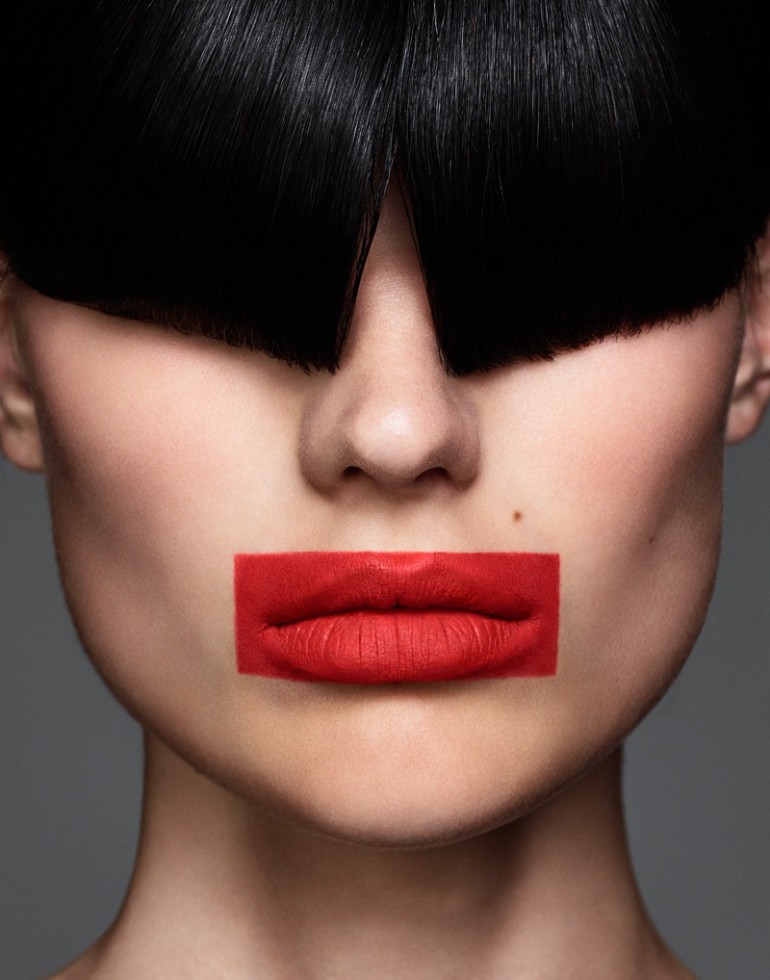 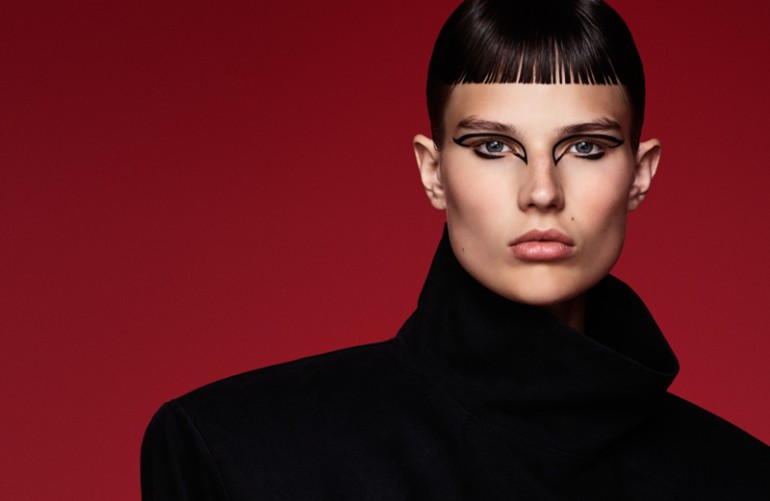 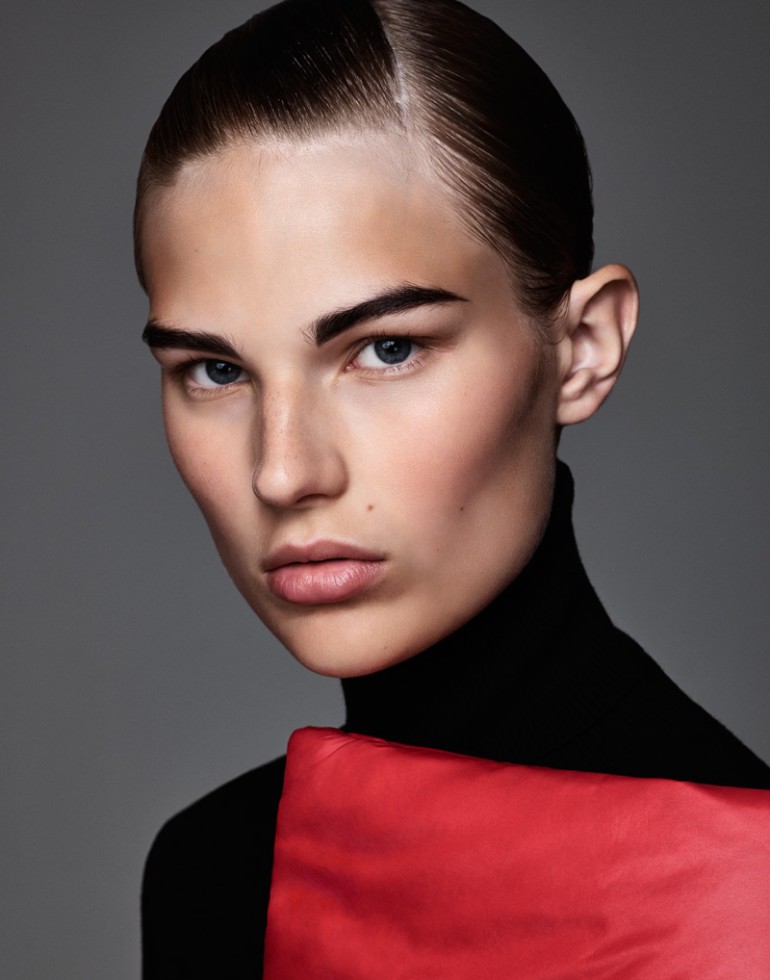 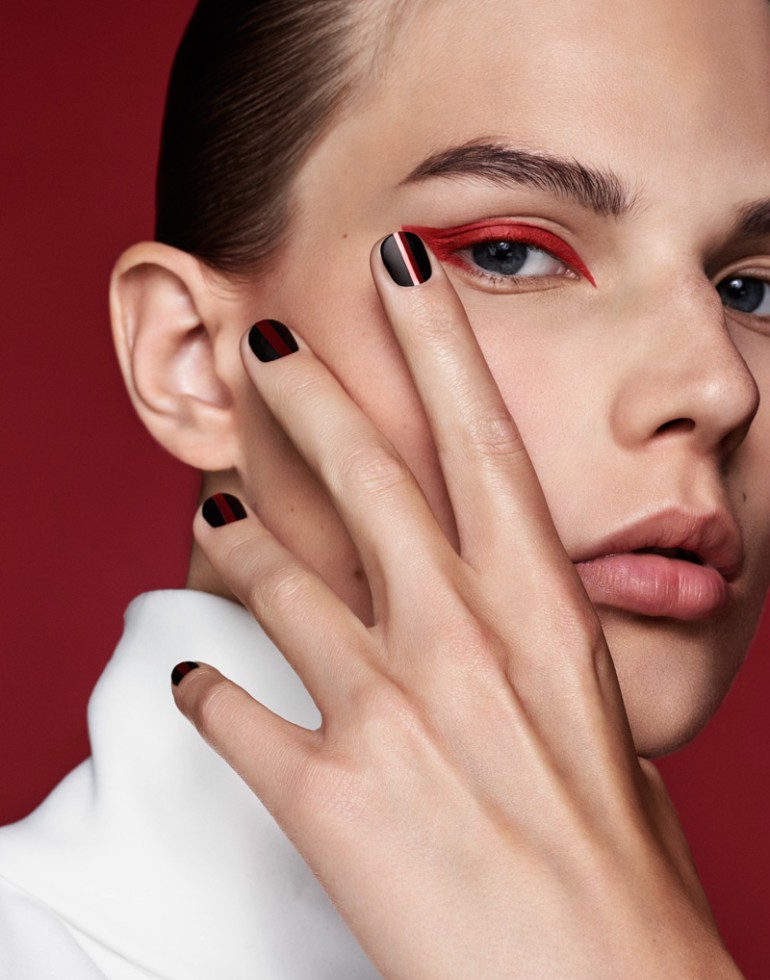 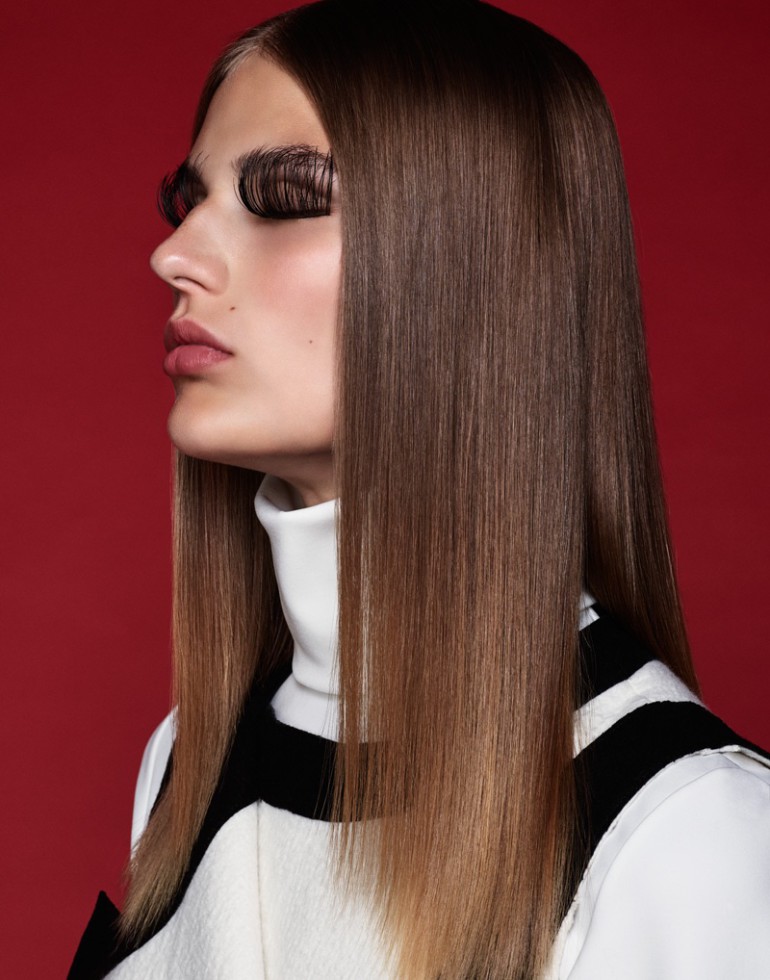 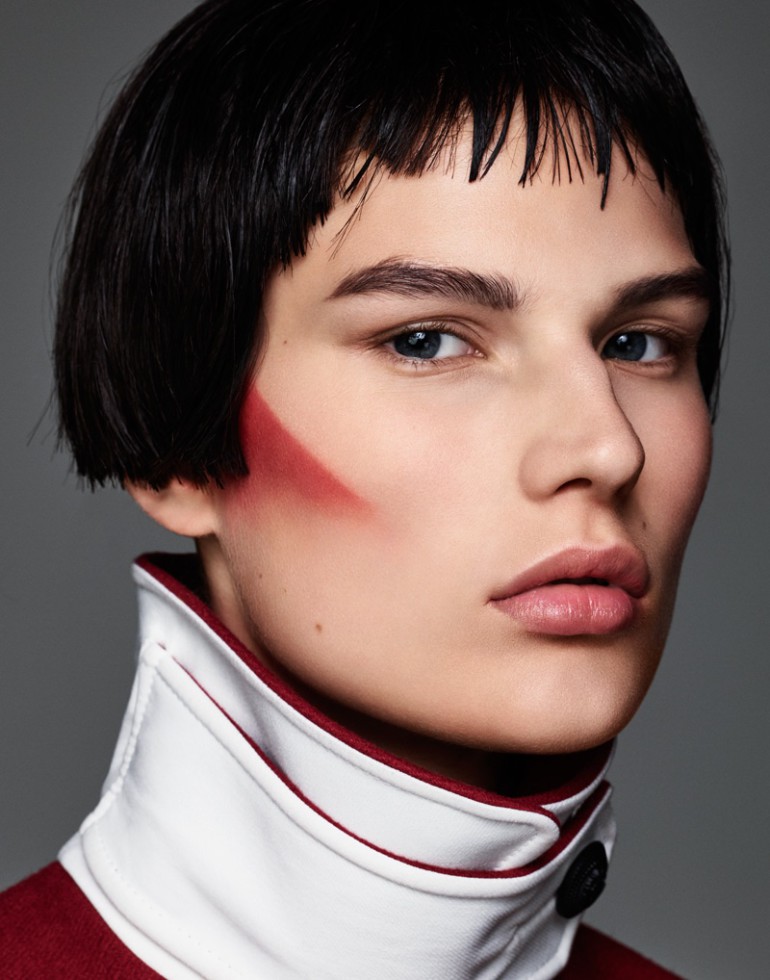