“Fashion of the Times” by Steven Meisel for Vogue Italia, September 2016

Bella Hadid, Kiki Willems, Frederikke Sofie & Lulu capture the Fall covers in “Fashion of the Times” by Steven Meisel for Vogue Italia, September 2016. His artful inclination is to not just present his works, rather, he would have us experiencing the images from the inside… out. And, while his model choices might at first glance seem incongruent, they blend in the most beautiful way. Intoxicating imagery that leaves us breathless, these powerful pictures say something about our place in the world. Not simply a statement on female empowerment, they seem to comment on the human condition. Olivier Rizzo fuses high and low in a way we haven’t seen, as fatigues go high fashion with dynamic designs from both ends of the spectrum. Haute couture meets military street-style with looks to include Prada, Louis Vuitton, Early Halloween, Balenciaga & Vetements. Karen Elson glows in a flowing tulle gown covered in a sea of Swarovski crystals, while Amelia Rose stands in patriotic form, with a lace dress impressed with floral appliqués and topped with an army cap. Colors are cast aside as The Moody Hoodie Brood has arrived. Karlie Kloss dons dark as she sits quietly with a sweatshirt pulled up/over a baseball cap, while Hadid, Sofie & Elson armor up with black hoodies that make them look tough and ready for a fashion rumble. Completely independent yet utterly as one, each image swirls around the center.

Beauty follows suit as Pat McGrath combines somber cosmetics that capture the scene. A seamless stream from a dizzying dream all things go crazy in the art of extreme. Fall’s faces play with our minds allowing each feature to fully shine, while wild eyes wonder forth with a nude palette that projects pure power. Intoxicating in nature, naked makeup honors the freshness with rousing combinations that fuel the fire. Subtle shades highlight with intensity, as a close up captures Frederikke all aglow. With just a hint of mascara and brooding shadow, her thick, natural brows create a force field by which the skin can breath. Bella transforms, going from an innocent flower to a breathtaking beauty with a click of a camera. McGrath shakes things up, by giving Asia Chow dramatic eyes with a heavy lined lid topped with a deep, Merlot mouth. Guido takes his dews from long & flowing to short & sweet. Amelia snaps us into shape with hair that’s utterly straight, while Lulu let’s go with locks that freely flow. Breathless and beguiling, Alicia Burke steals our senses as she lyes on a bed covered in tin foil. Underground art erupts as Gritty Girls show us how its done with a group that follows the cult crowd. 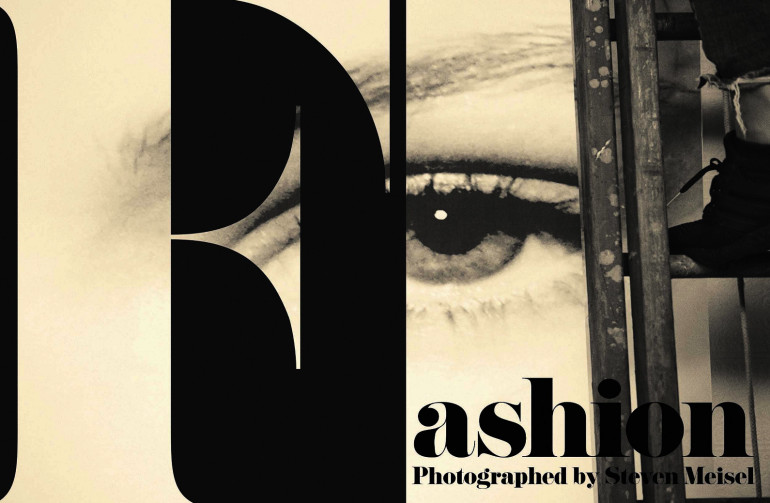 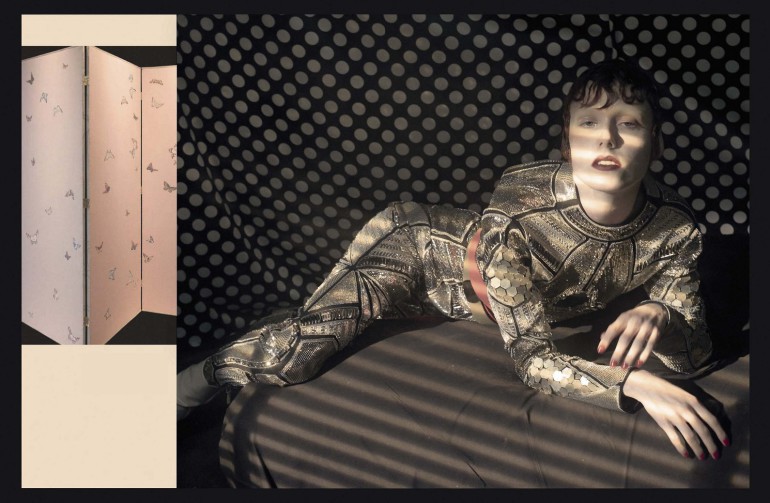 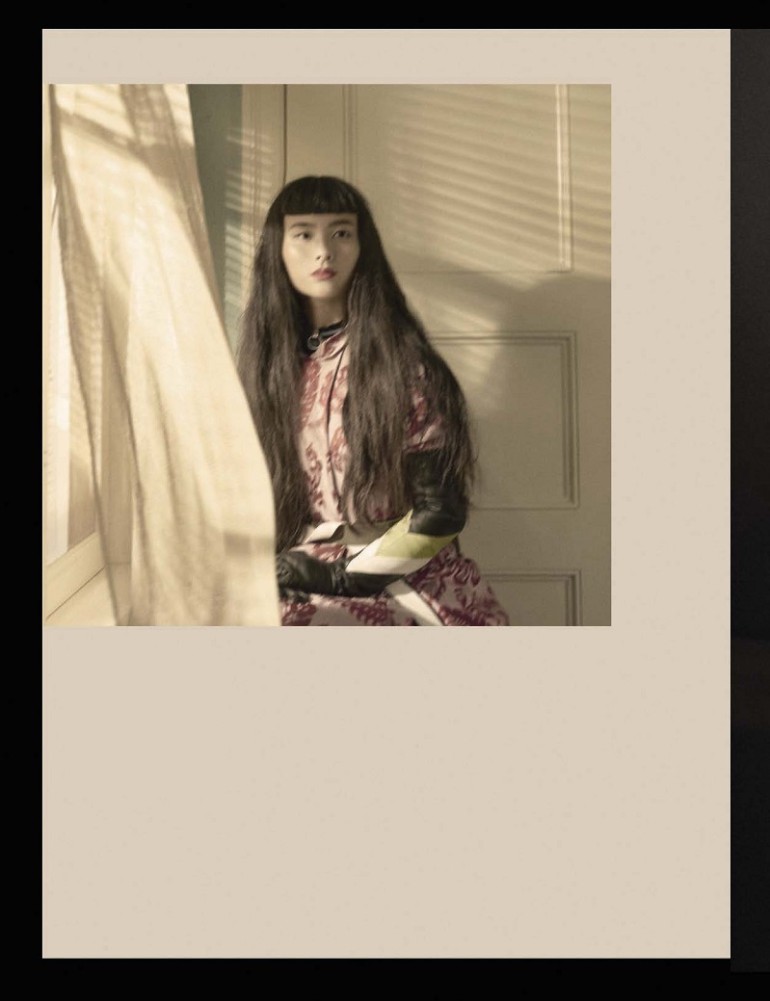 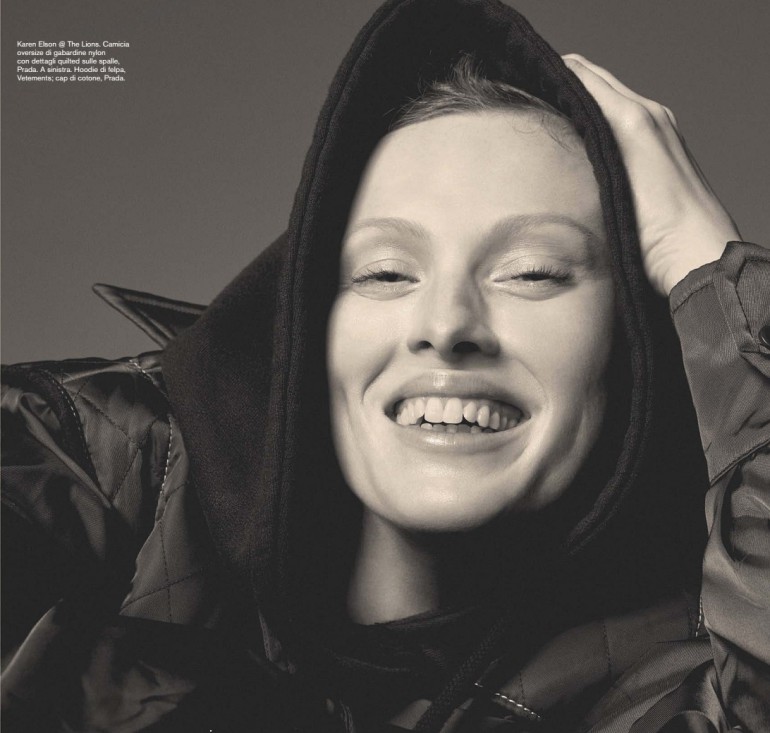 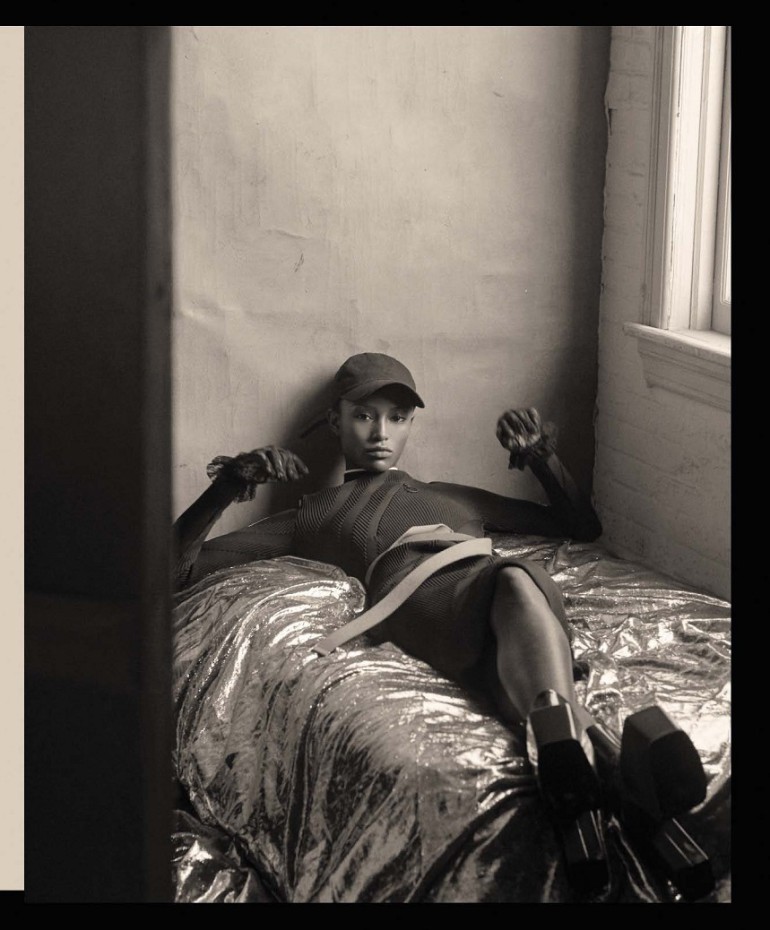 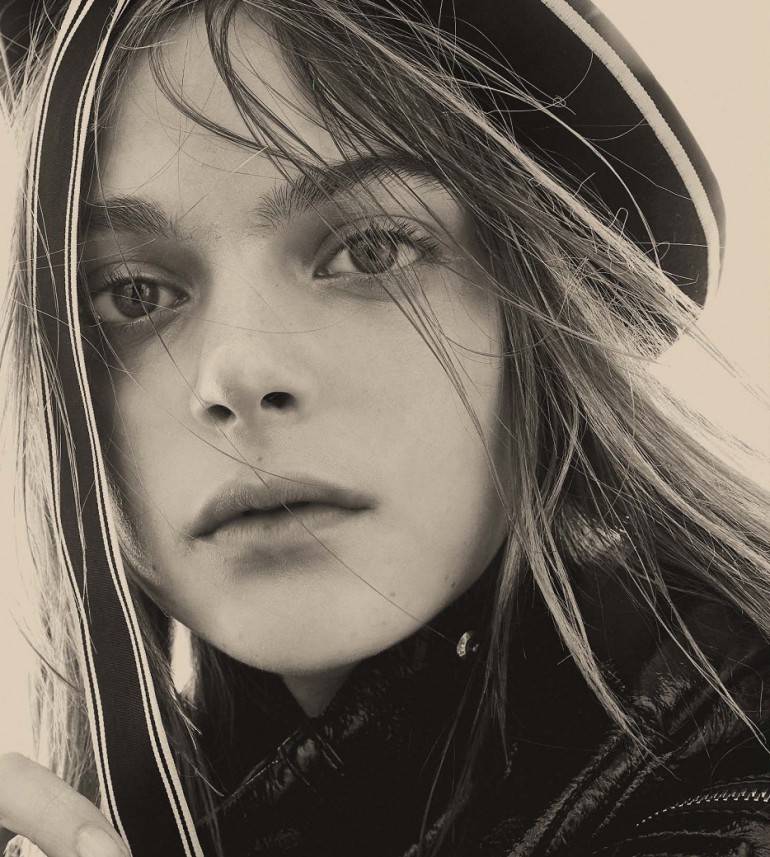 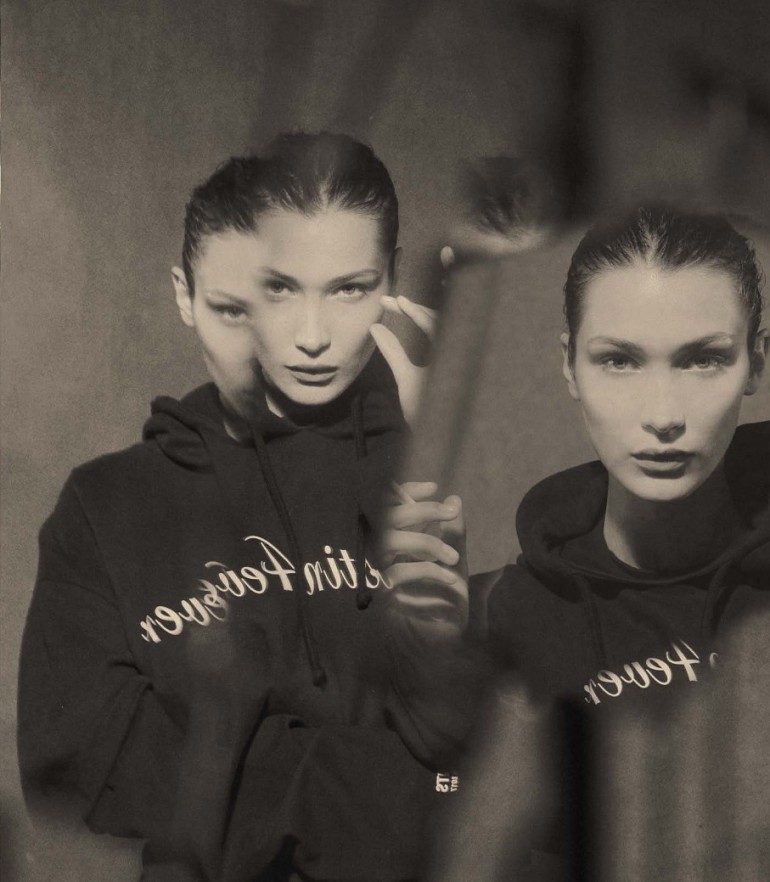 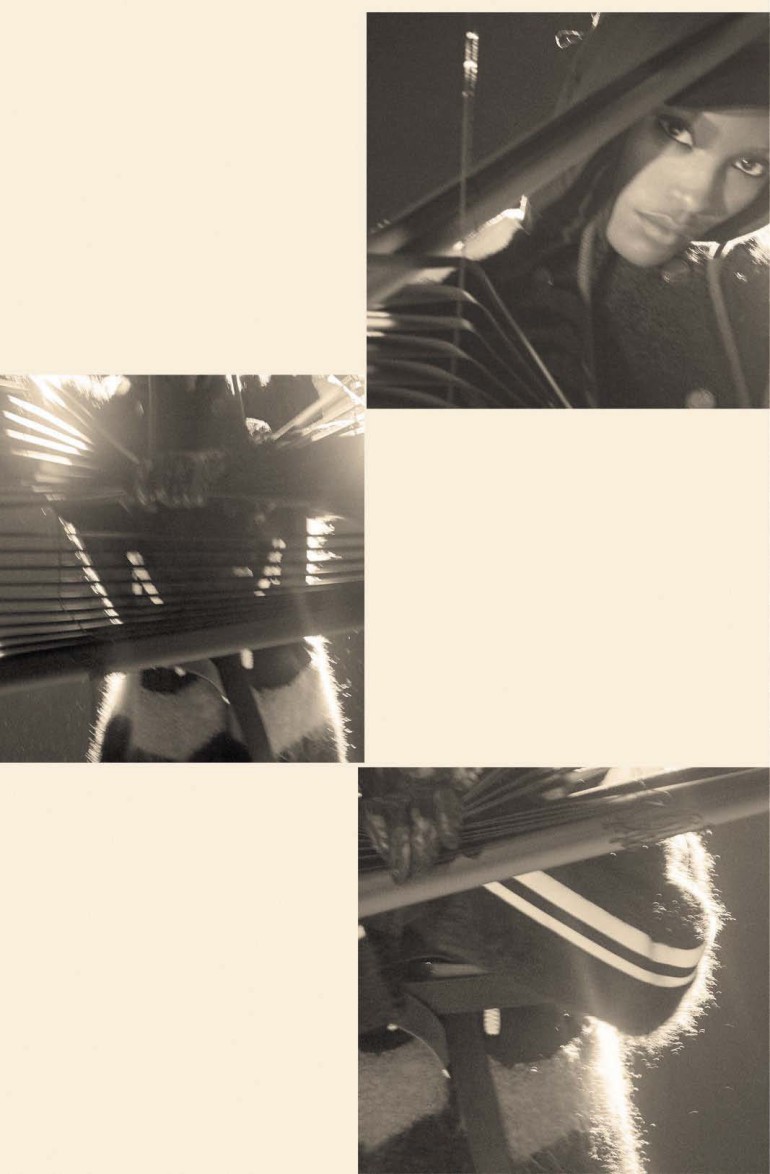 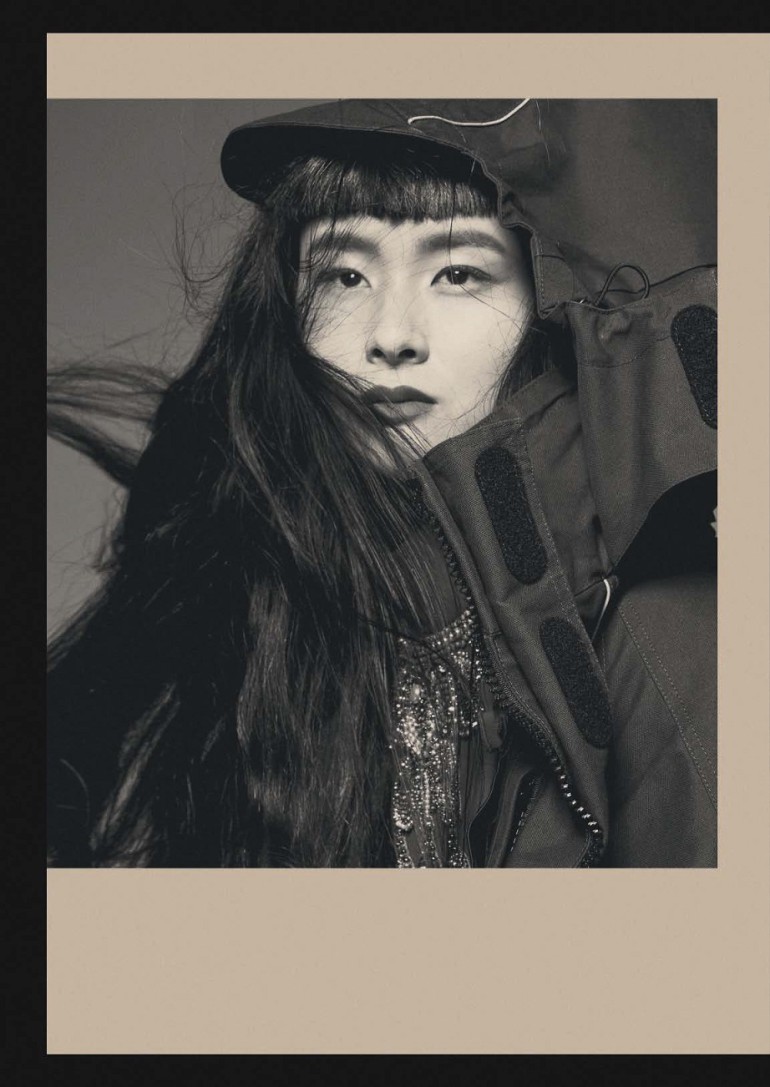 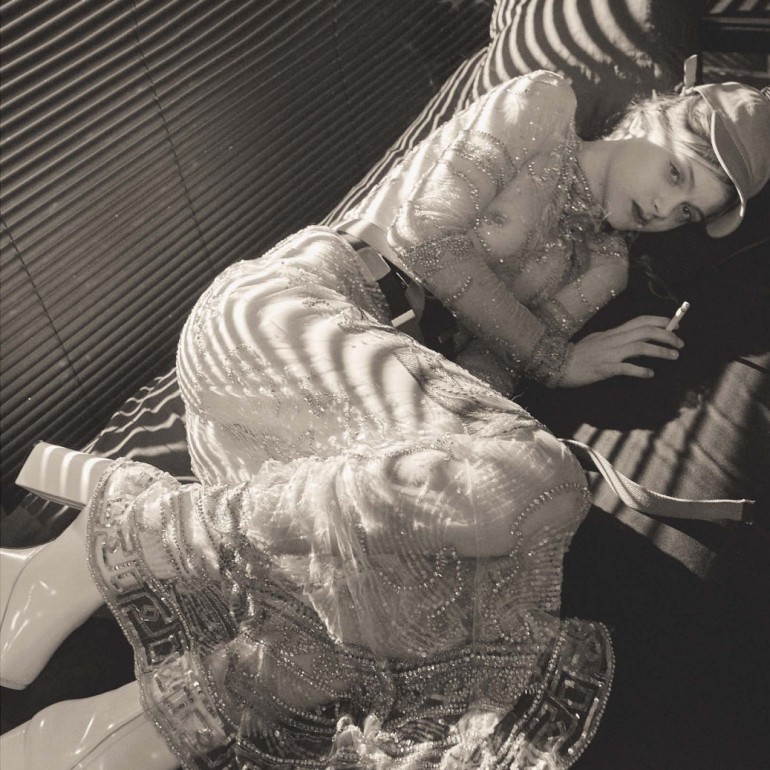 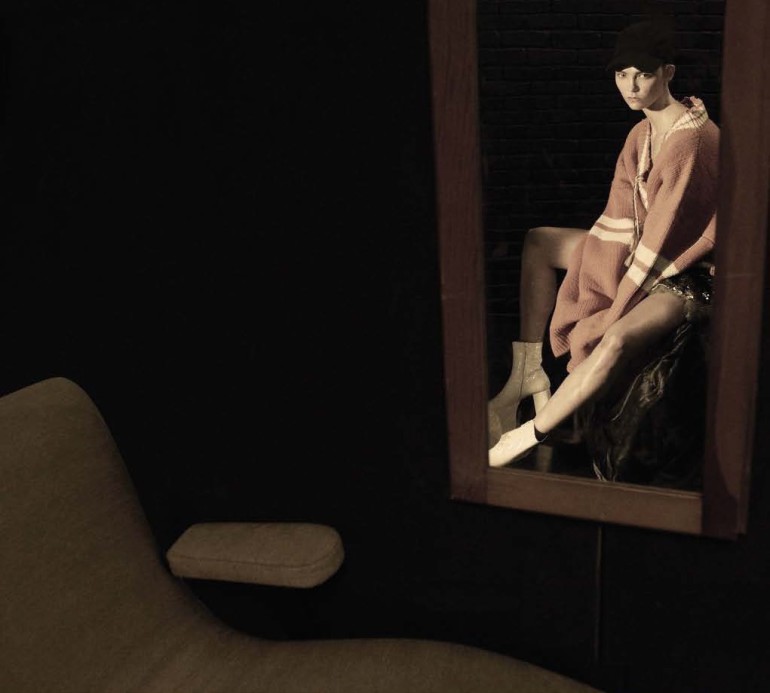 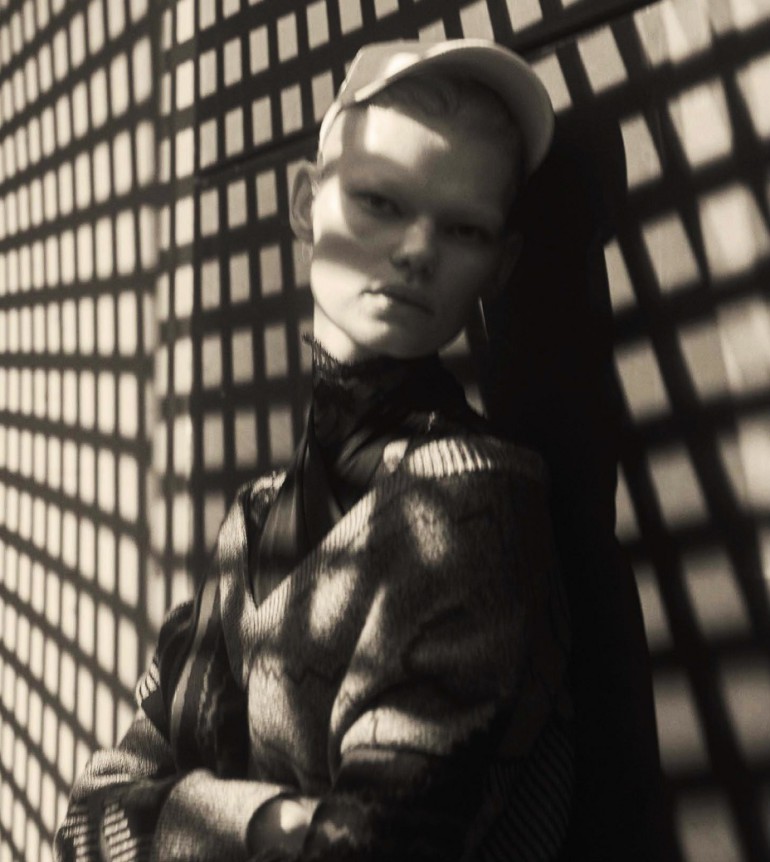 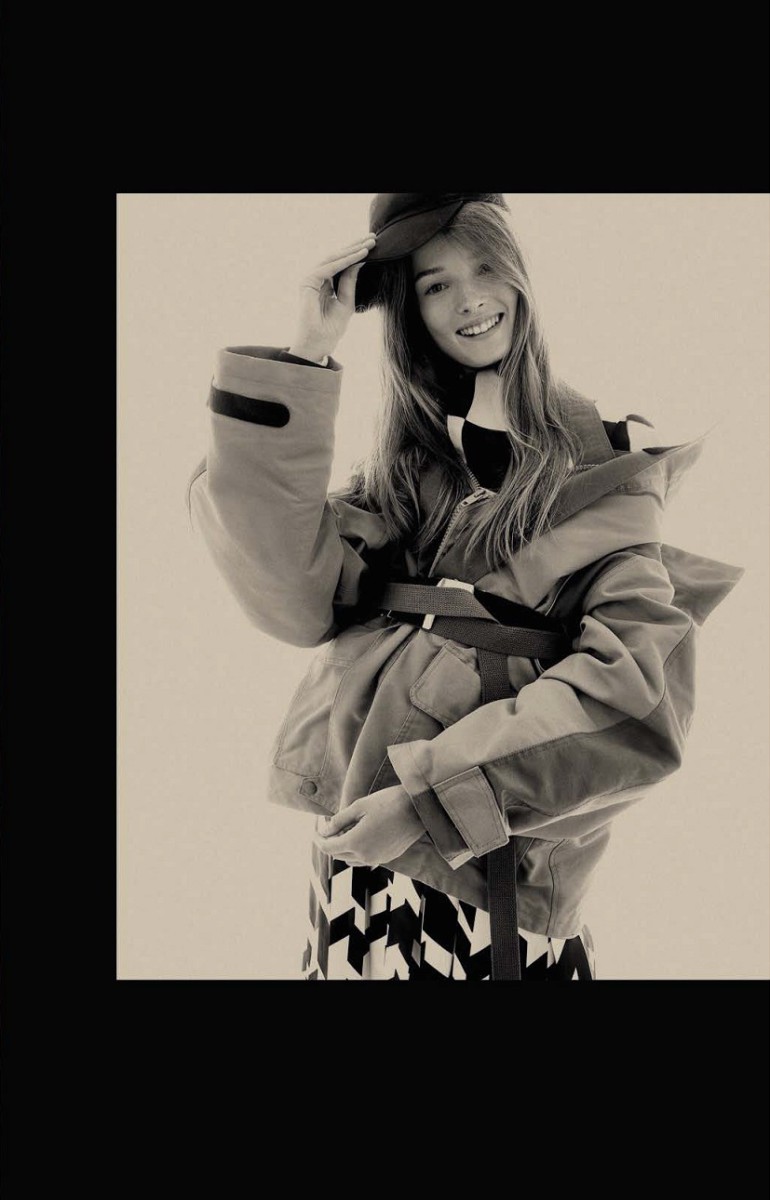 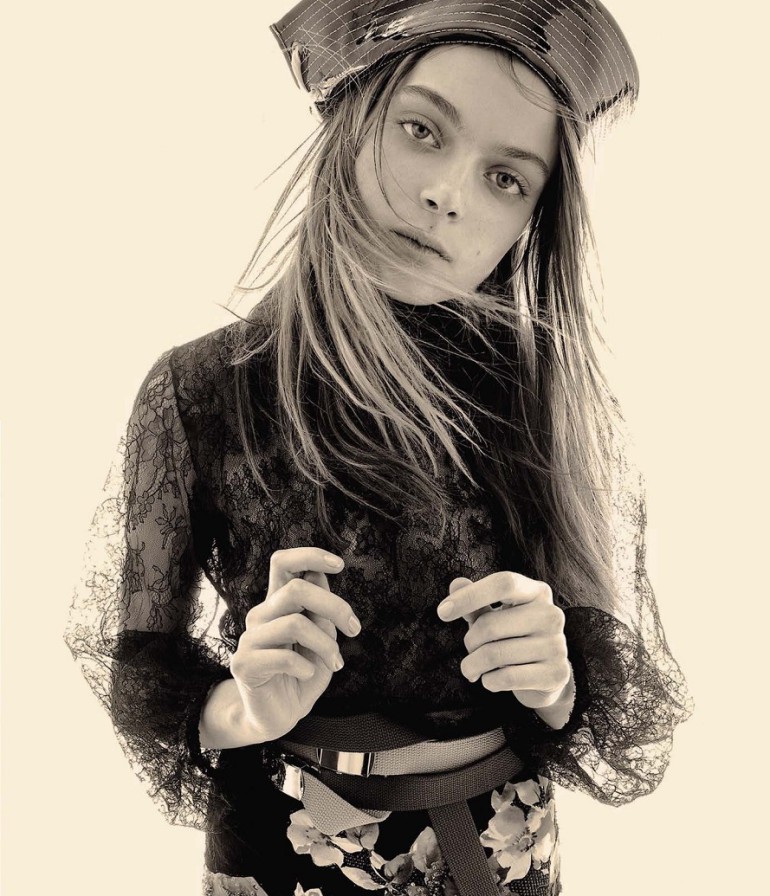 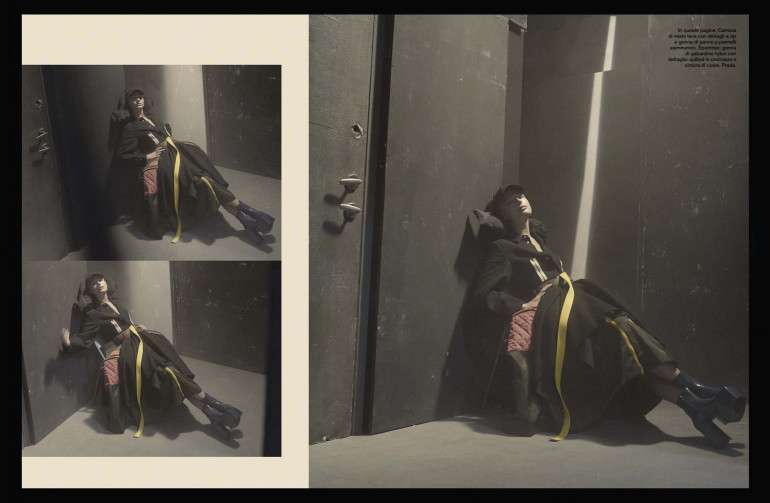 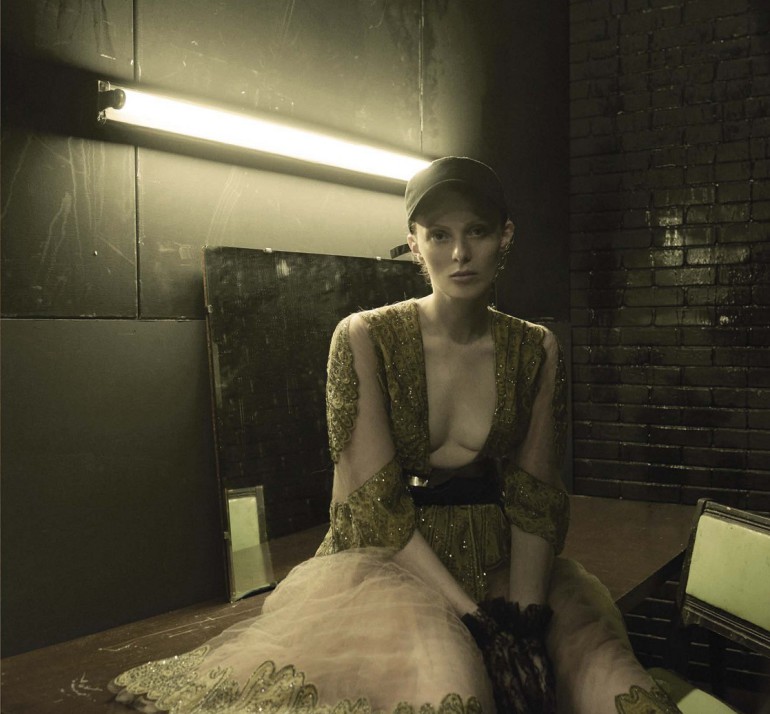 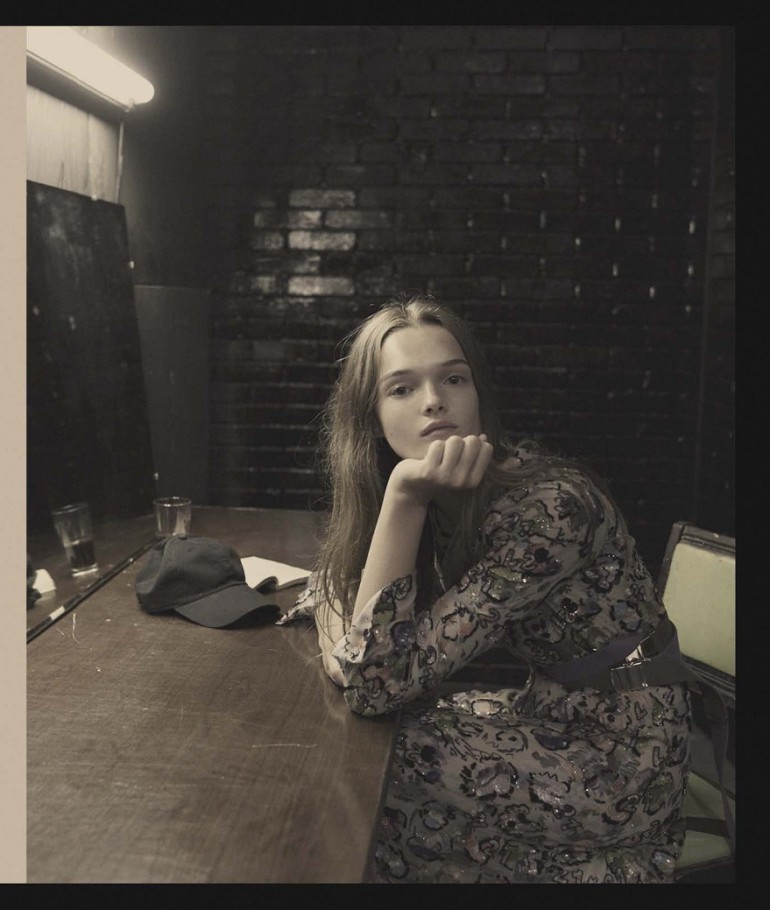 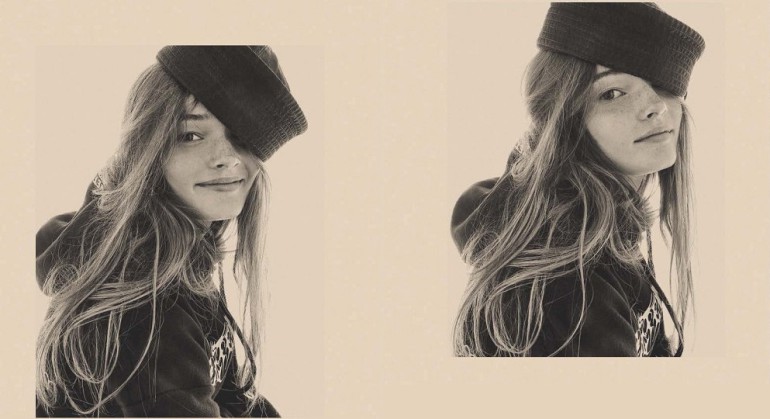 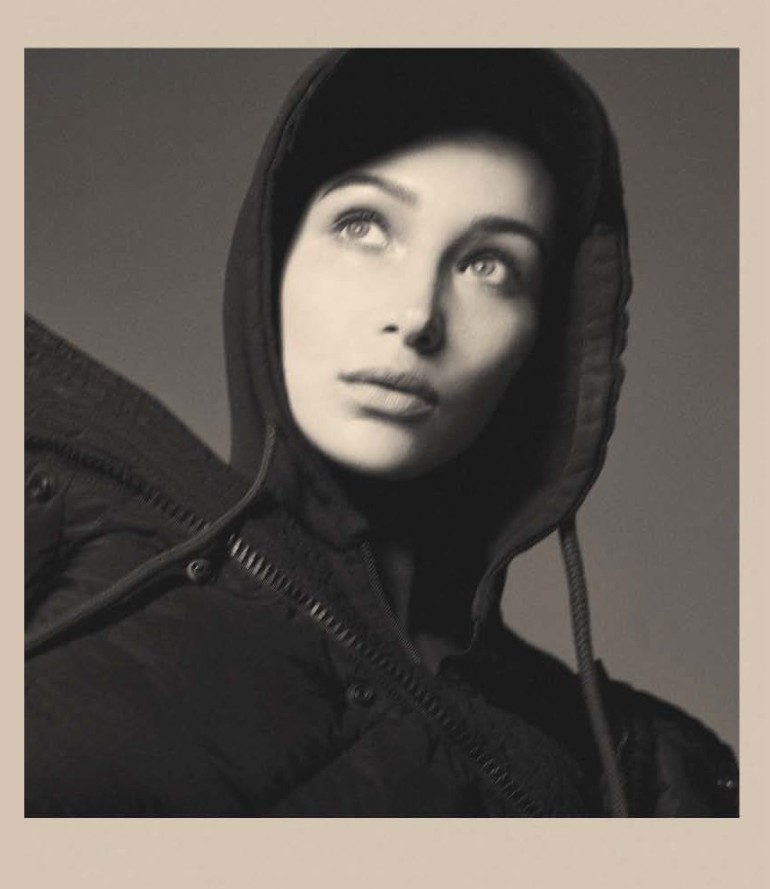 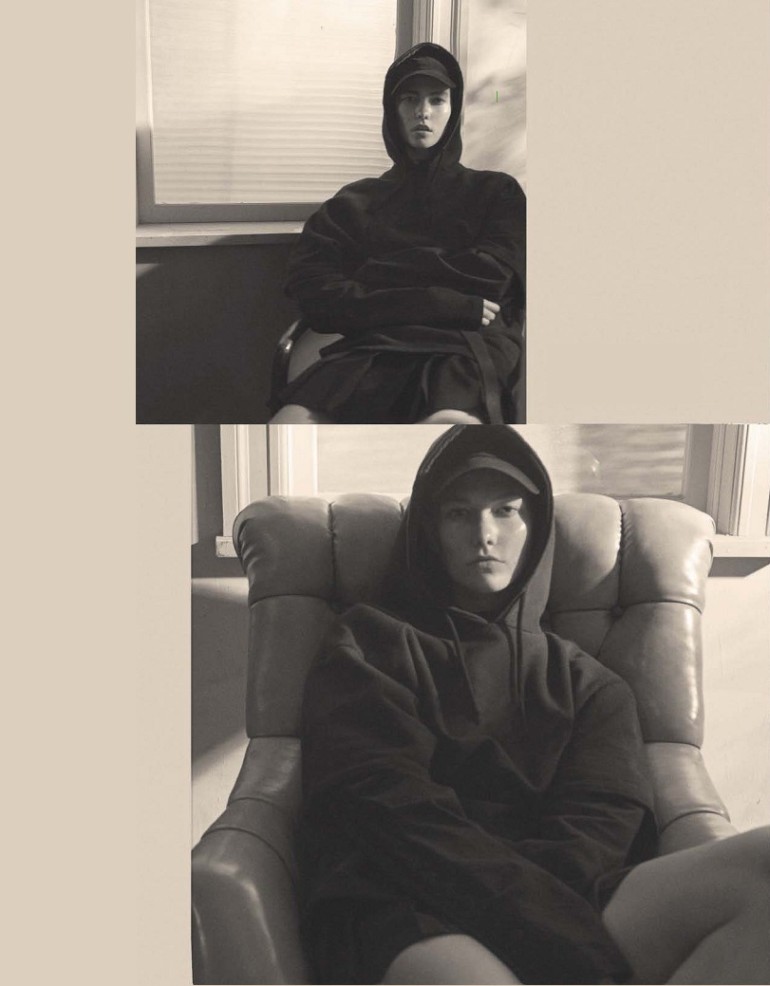 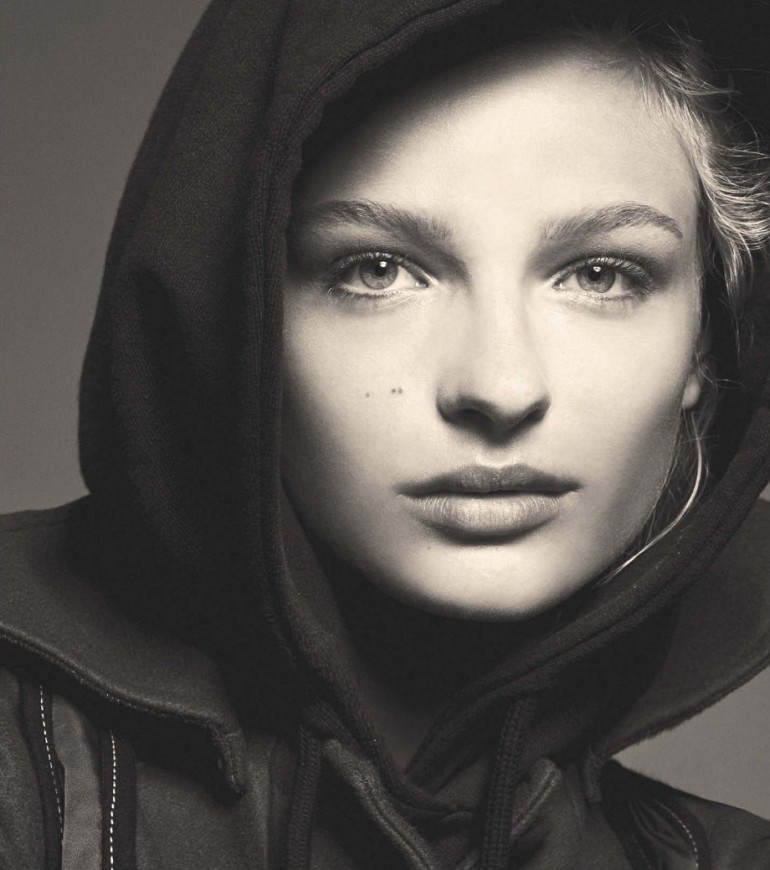 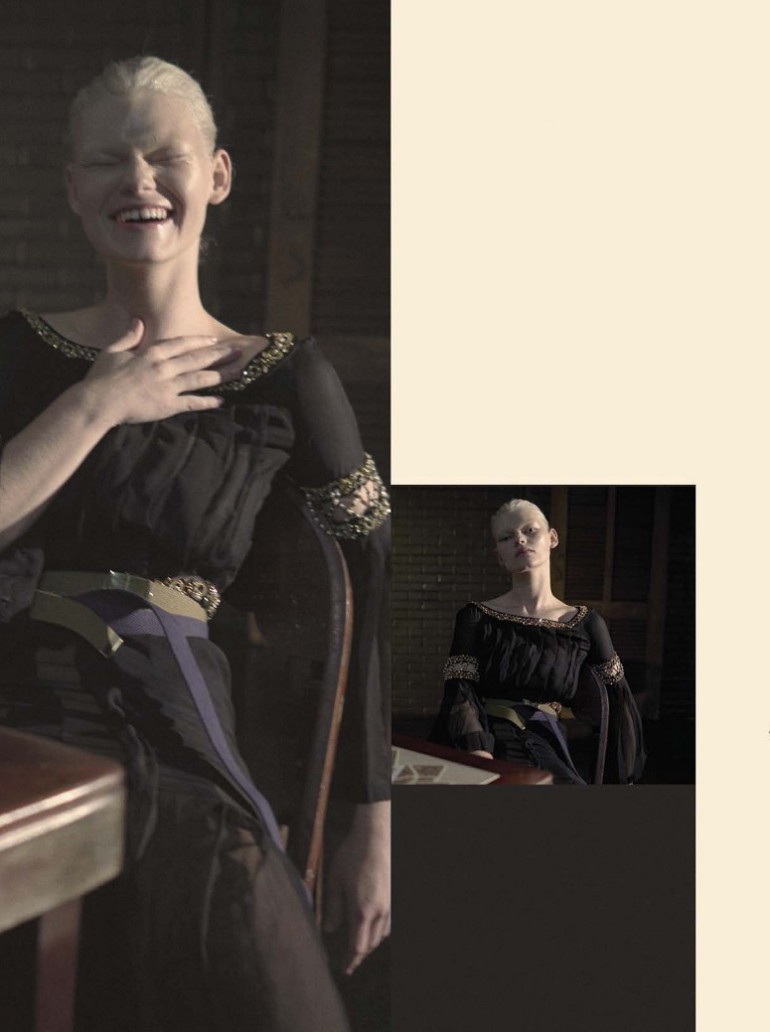