High art honors the credo of couture in the “Disruption Issue” by Luigi & Iango for Exhibition Magazine, F/W 2016. Darkness devours the scene as this story settles someplace strange. Connecting to the momentum of fashion, Carola Bianchi creates a compelling tale of haute couture. The fluid nature of each piece projects a kind of pseudo reality, one where the fabric type is met with the magic of motion. Bronzed and beautiful, Lia and Odette Pavlova are side-by-side as they seal their sisterly bond. Art speaks with an image so exquisite words can’t do it justice. Marjan Jonkman stands like a mannequin wearing a huge onyx sensation, while Katie Moore exposes her undergarments in a plastique, sheath dress. Dressed in a chain-link, tank top Jonkman sits in poetic reflection, as Chinese characters hit every inch of her skin. To seek something real in the gaze of another is to seek truth in the rawness of a moment. Vittoria Ceretti shows the subtlety of humanity as she creates one of the most compelling pictures of the series. In each image we are met with a subversive stare, an intoxicating glare, something that’s designed to divide our attention while conquering our minds.

Beauty transforms the magic of makeup, as Georgi Sandev captures the craft of creative cosmetics. A black, silk scarf blows overhead as Issa Lish’s sails into another dimension. Eye shadows show their graphic intentions, with a wide wing flying out the sides. Makeup moves into the realm of abstract art, with shapes that take over the face. Selena Forrest’s eyes excite the senses with colors that appear to be spray painted on. Pale skin projects an ethereal sense with powder highlighted by a blinding glow. Tina Veshaguri’s look is wicked with hair that whips up over the skin, while Lorena Moraschi’s has a line that goes from her right eye to under her chin. Visually intoxicating, the most compelling part of the story still remains the absence of mascara. A fact we are starting to accept, this reality marks an important time in cosmetic history. Luigi Mureno celebrates the power of the pop with the cropped red hair of Katie Moore, the long flowing locks of Madison Stubbington and the blunt-cut bob of Marjan.

Bianchi invites us to imagine a world, where who we are shifts into another dimension. Lia’s dark eyes penetrate the page, with a somber stare that fades out, while a full veiled netting is placed over her face. Her shirt she says it all. With a dizzying mix of white letters, this statement spells the story out, “Be Pure Be Vigilant Behave.” Coming from a place of pure strength… depth is found in the fury of the night as truth is secured through the censorship of light. That is to say, what we accept as a nuance of change can really be a masking of raw emotions. A belief that all things revolve around one another. We transcend the worldly concepts of good versus evil as we work toward the evolution of change. 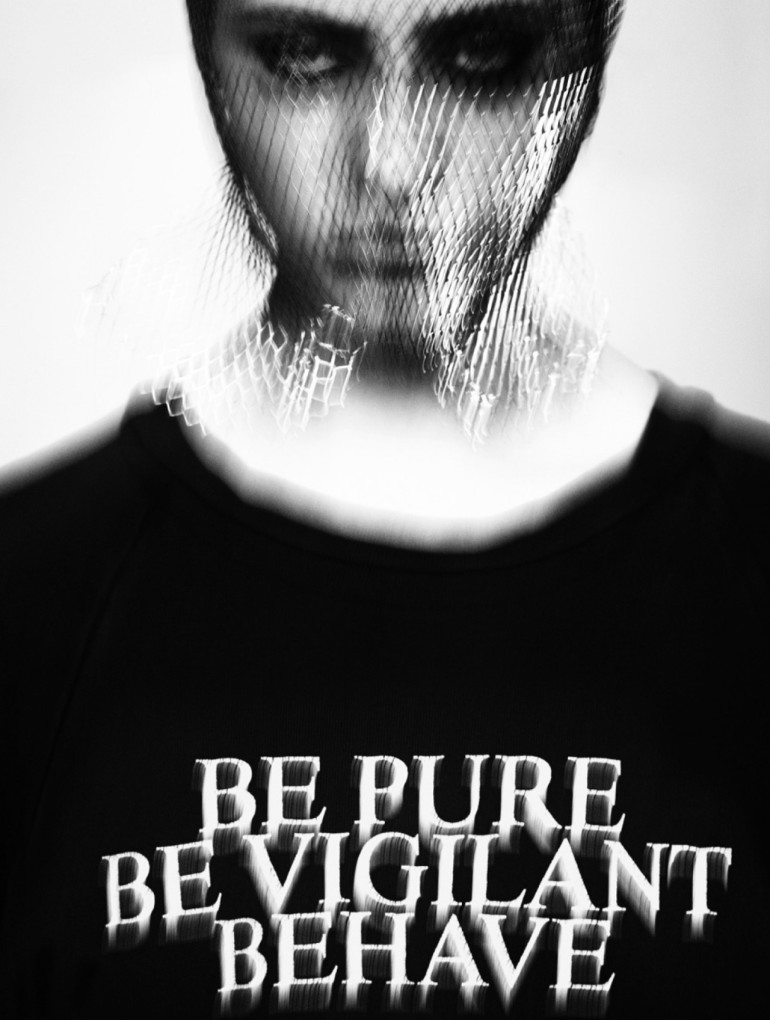 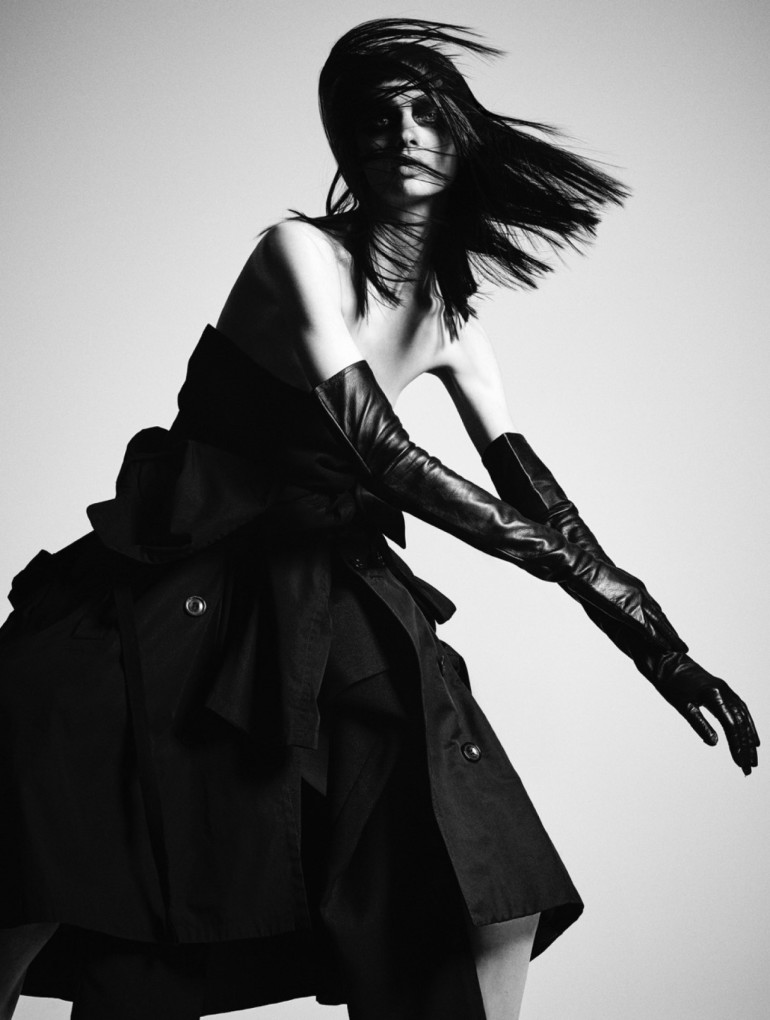 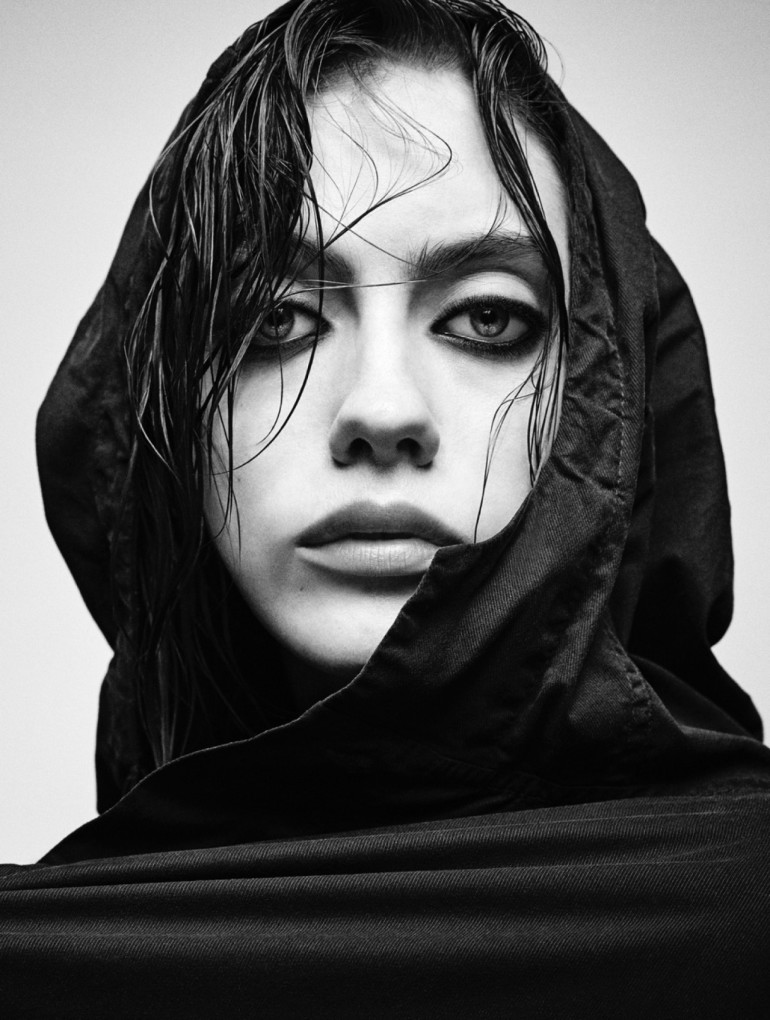 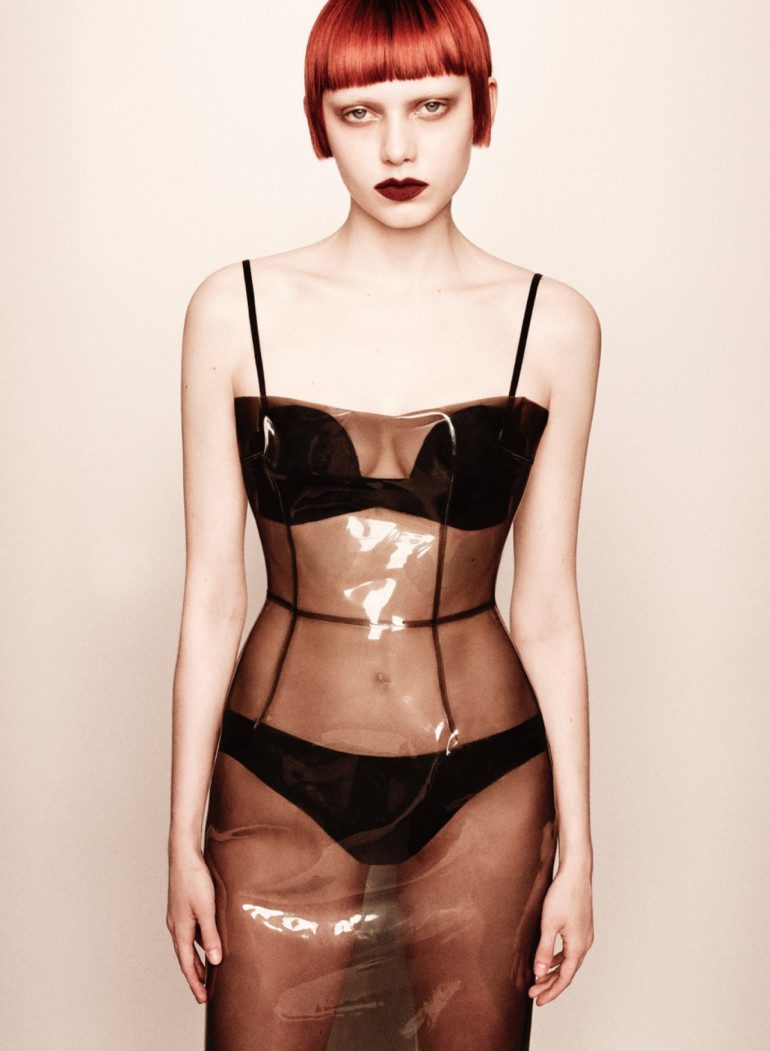 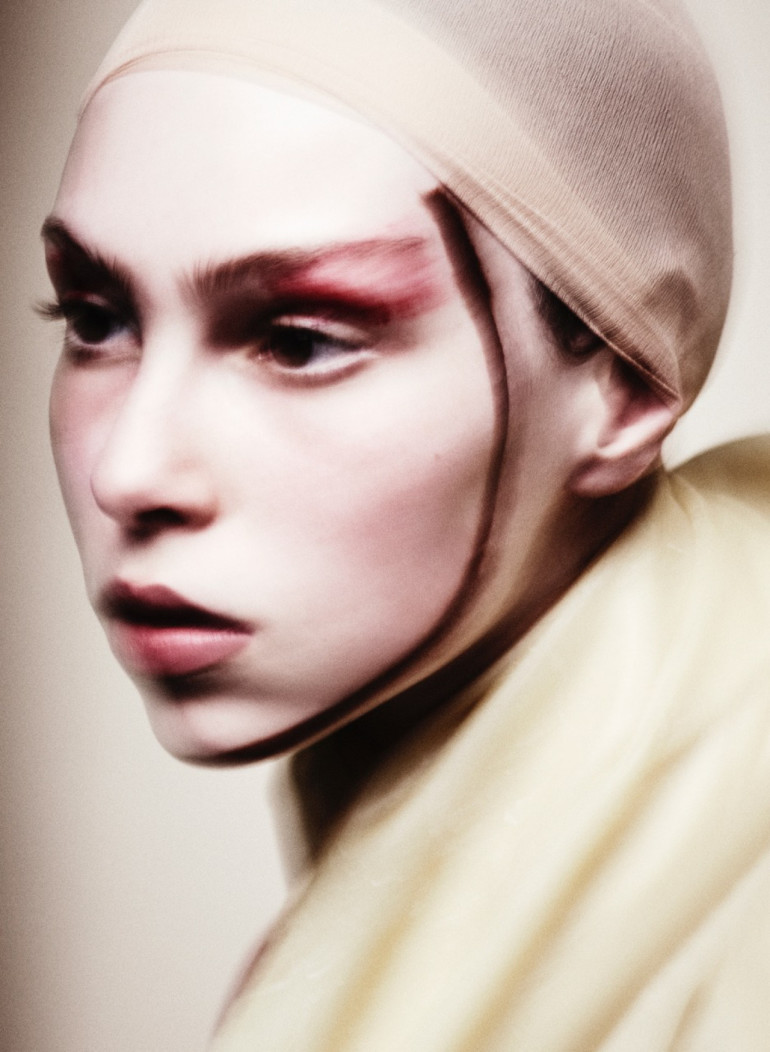 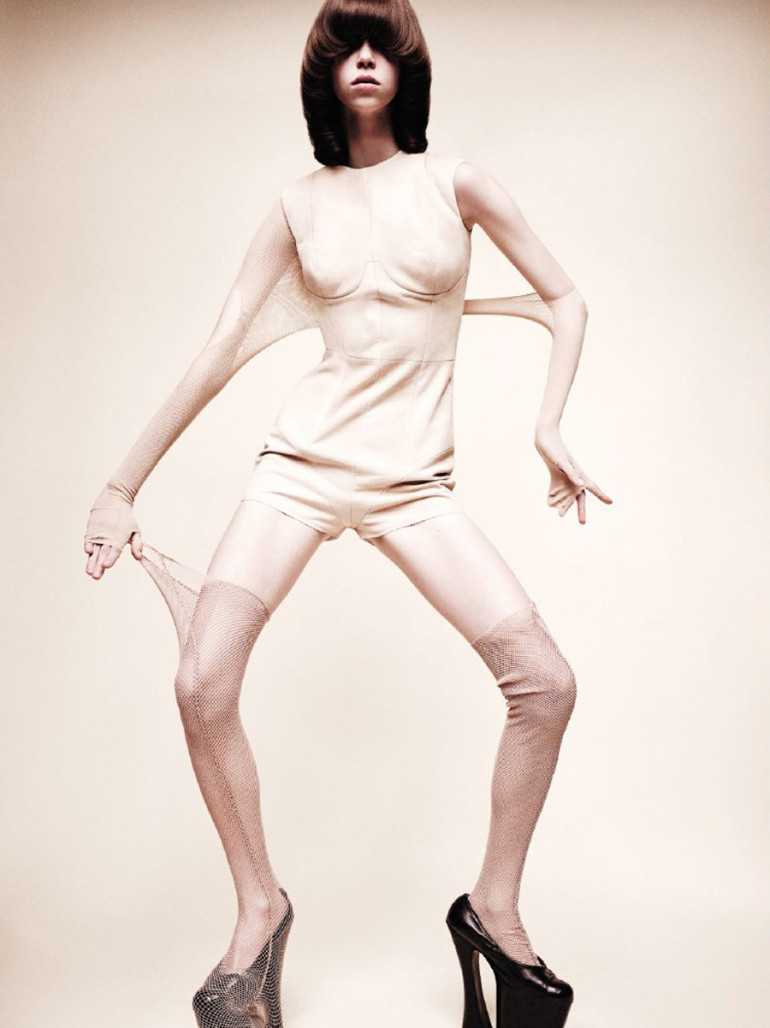 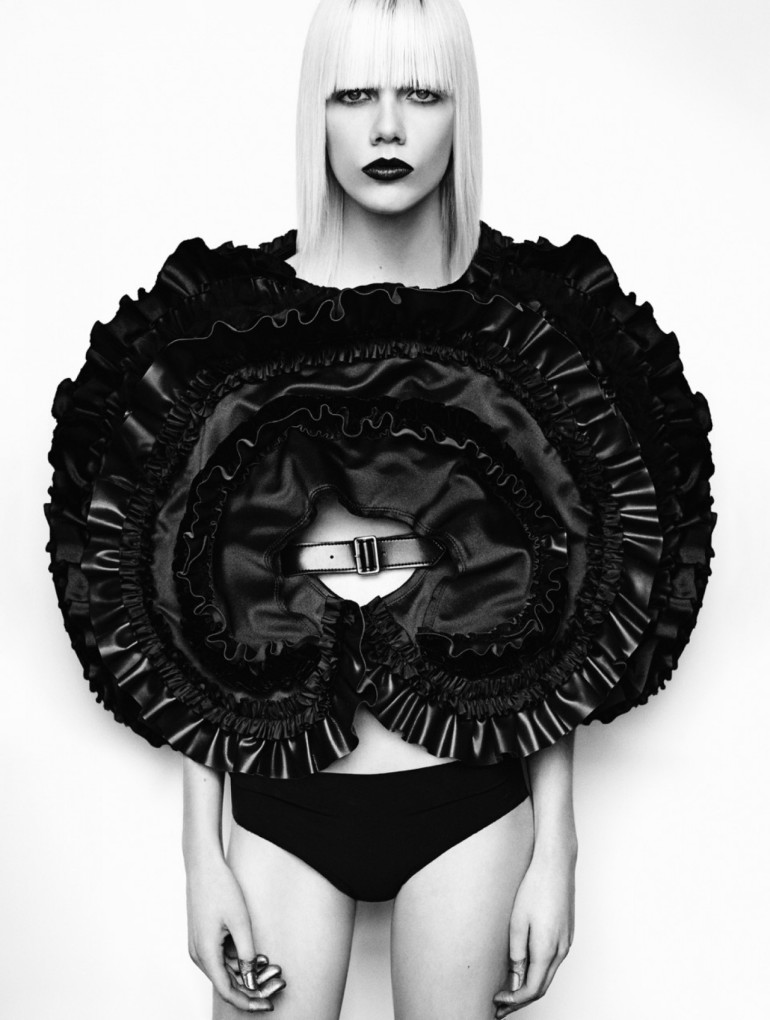 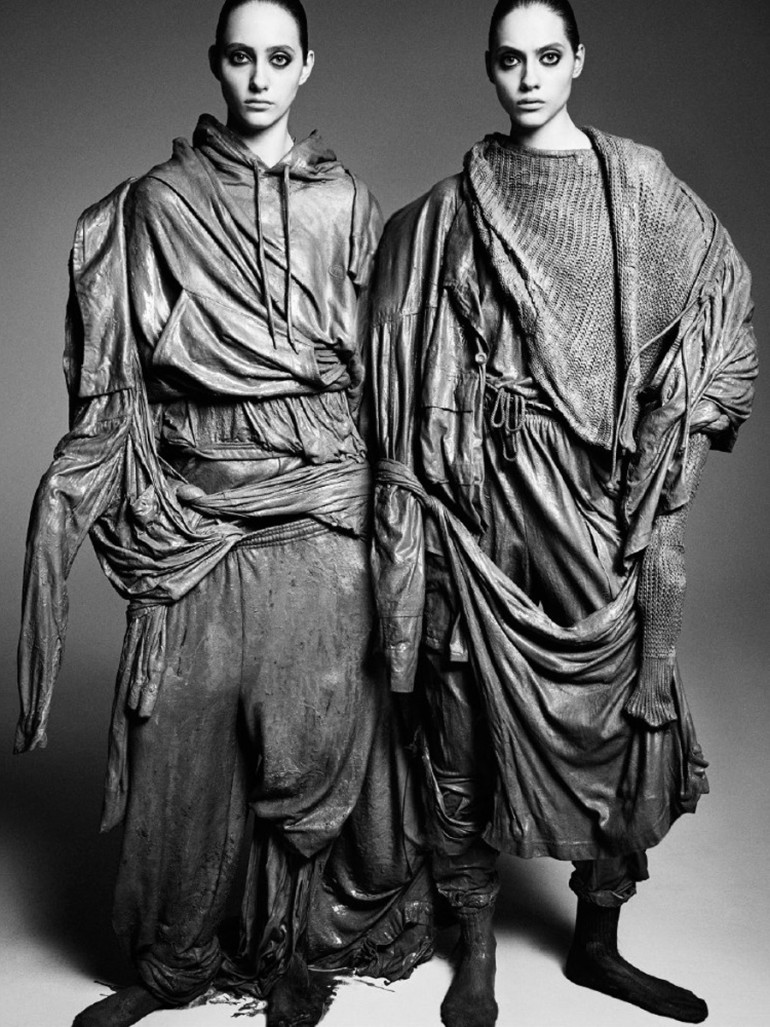 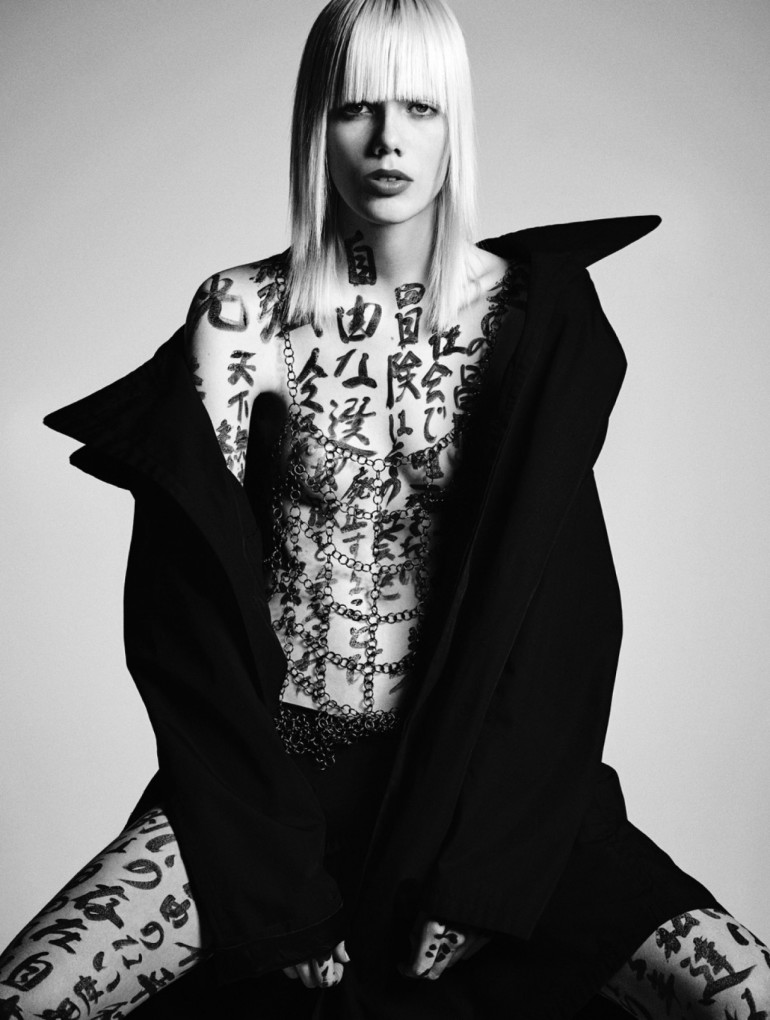 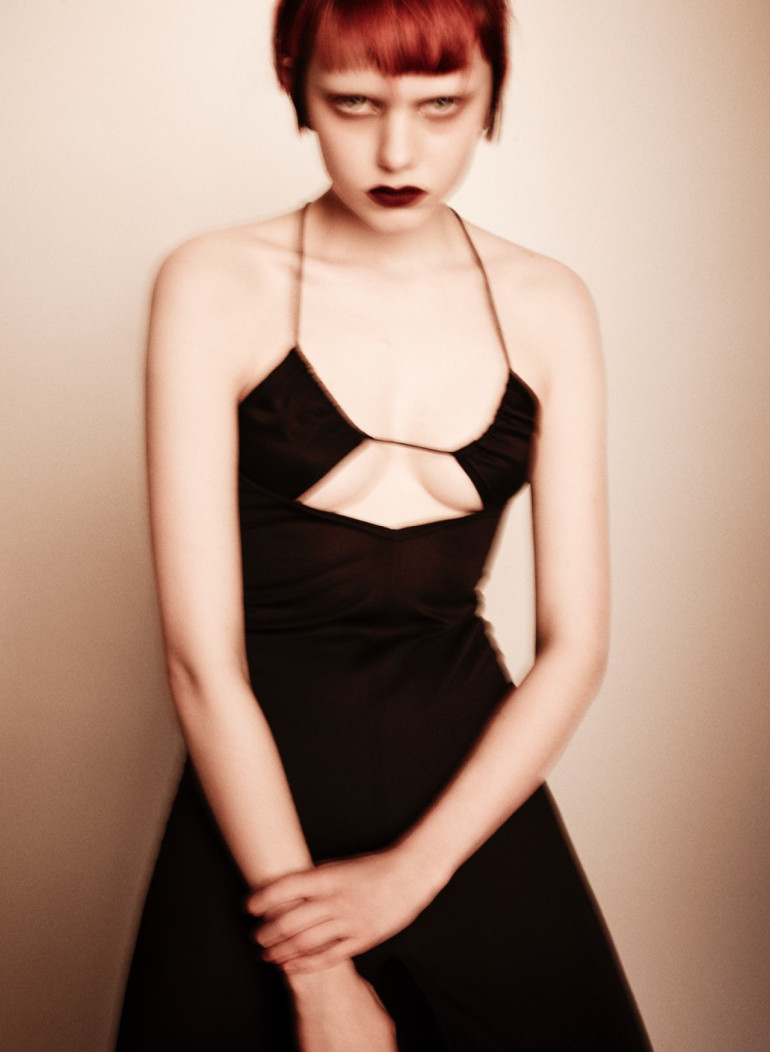 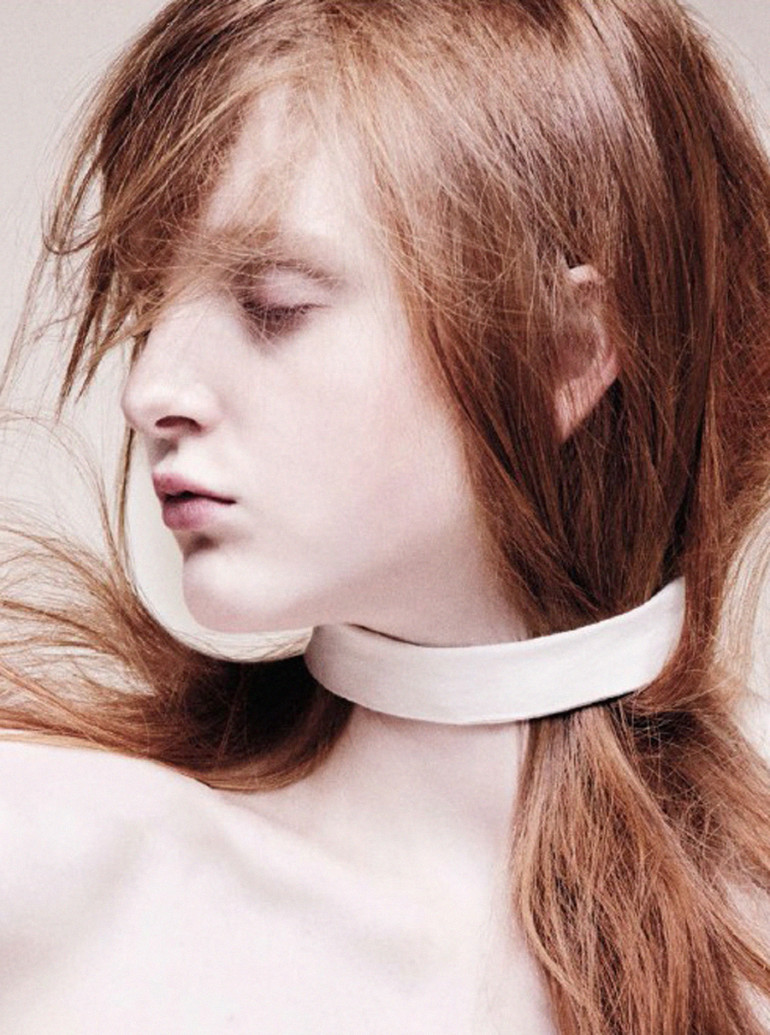 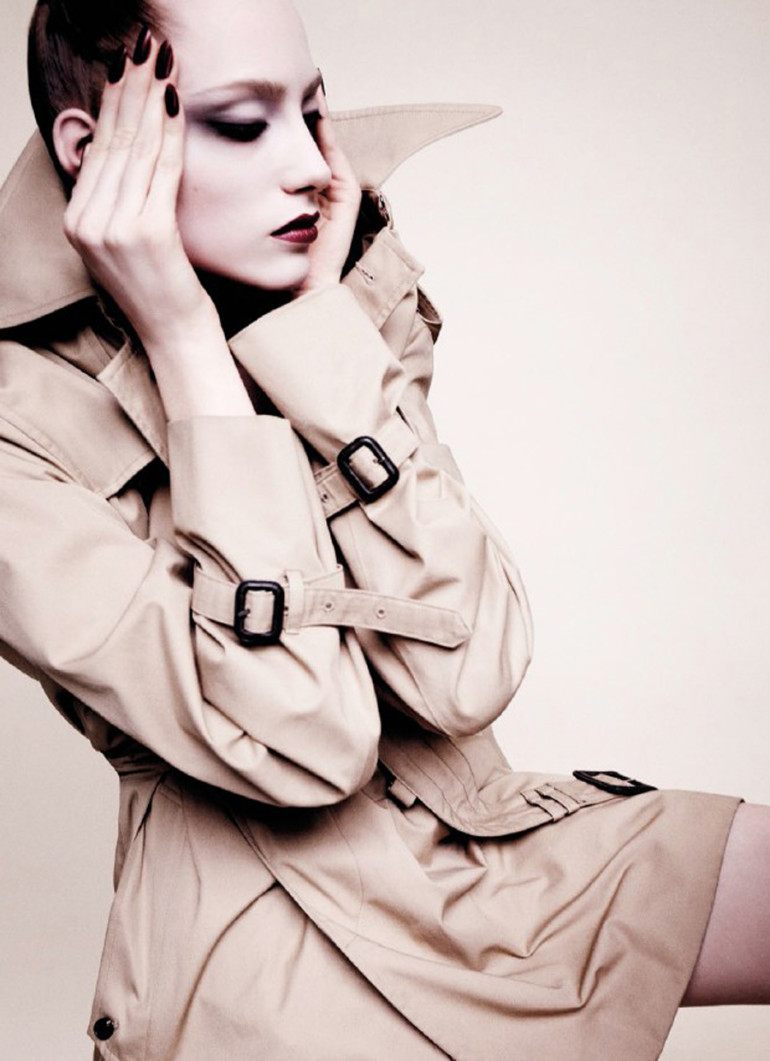 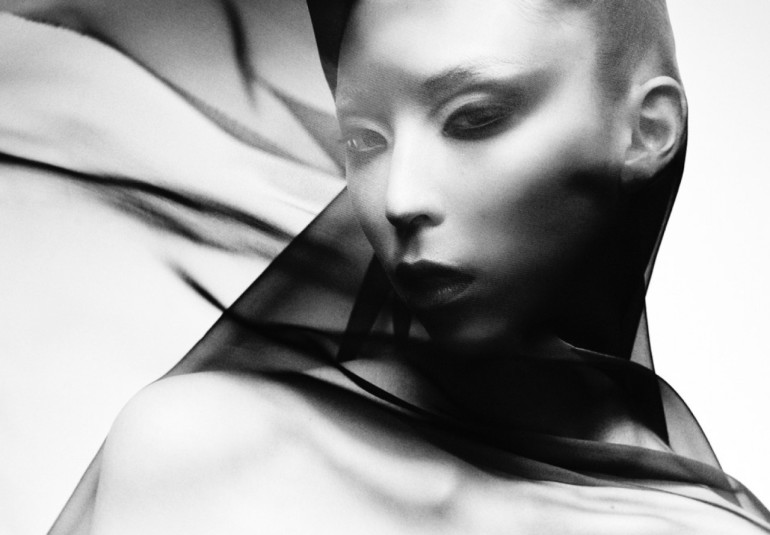 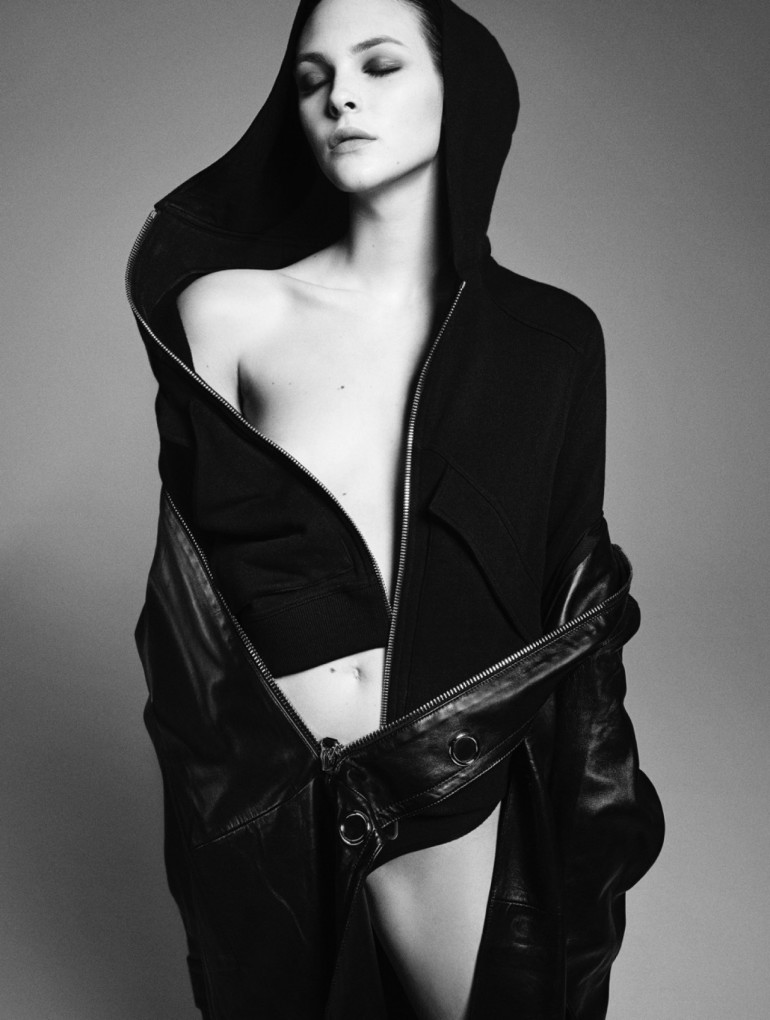 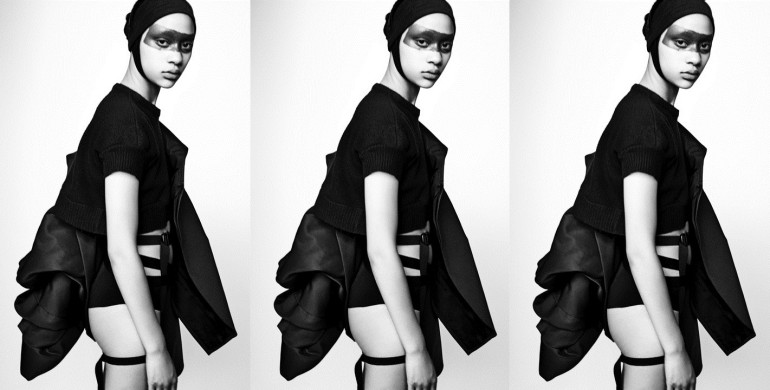 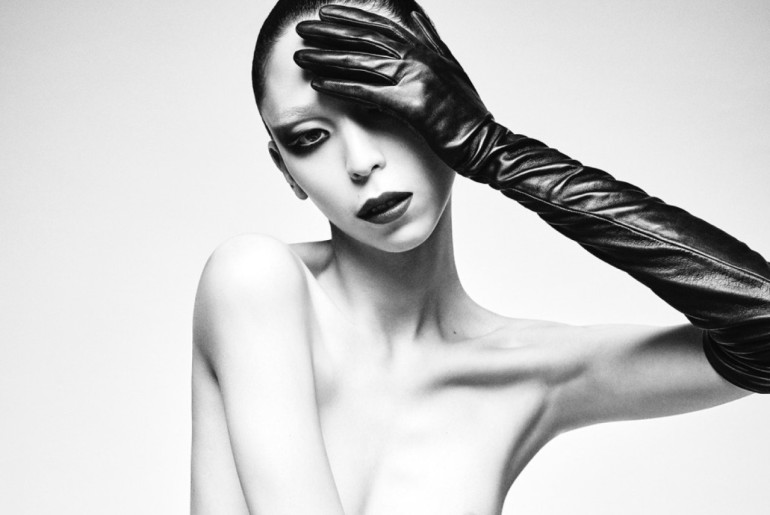 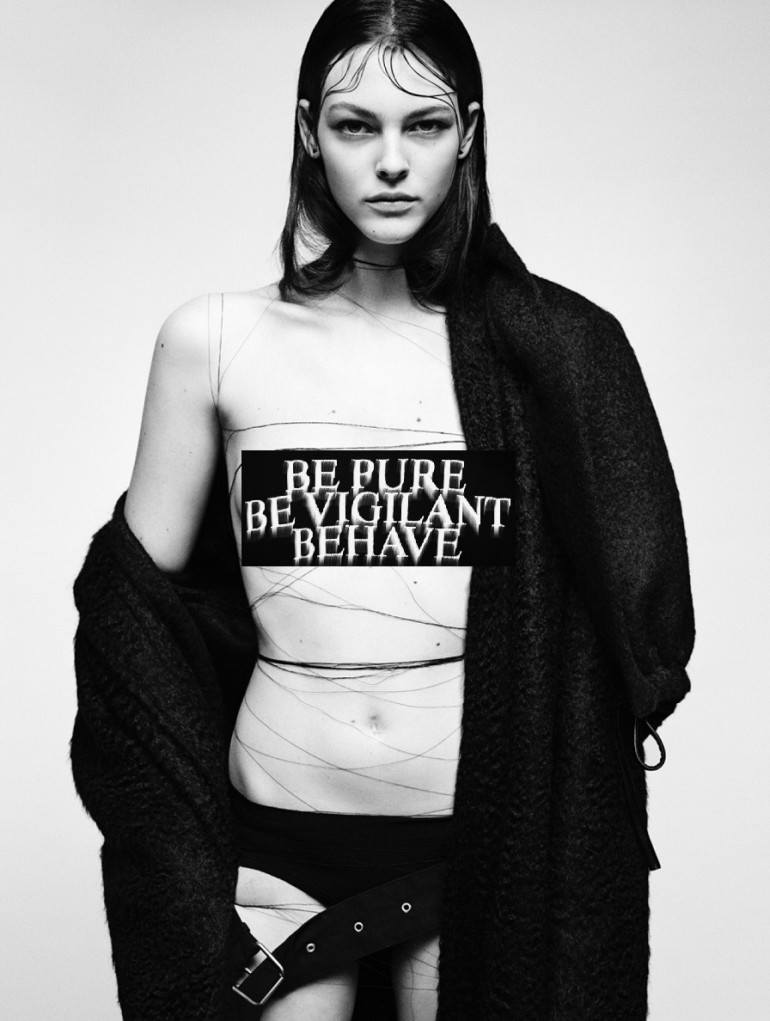 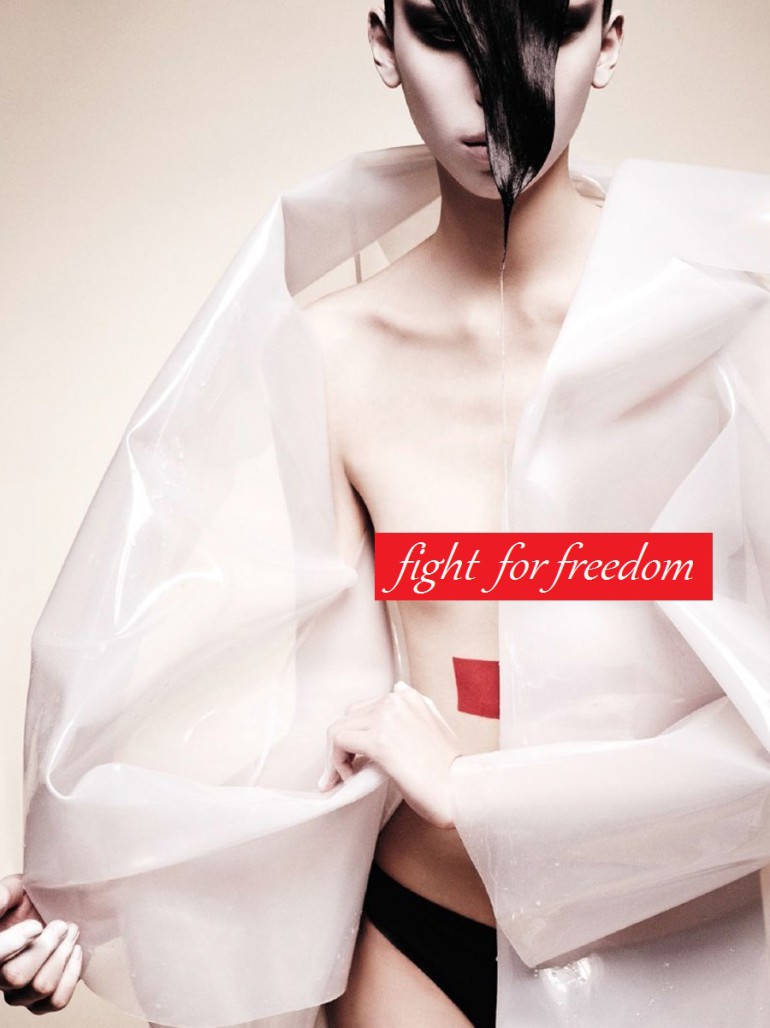 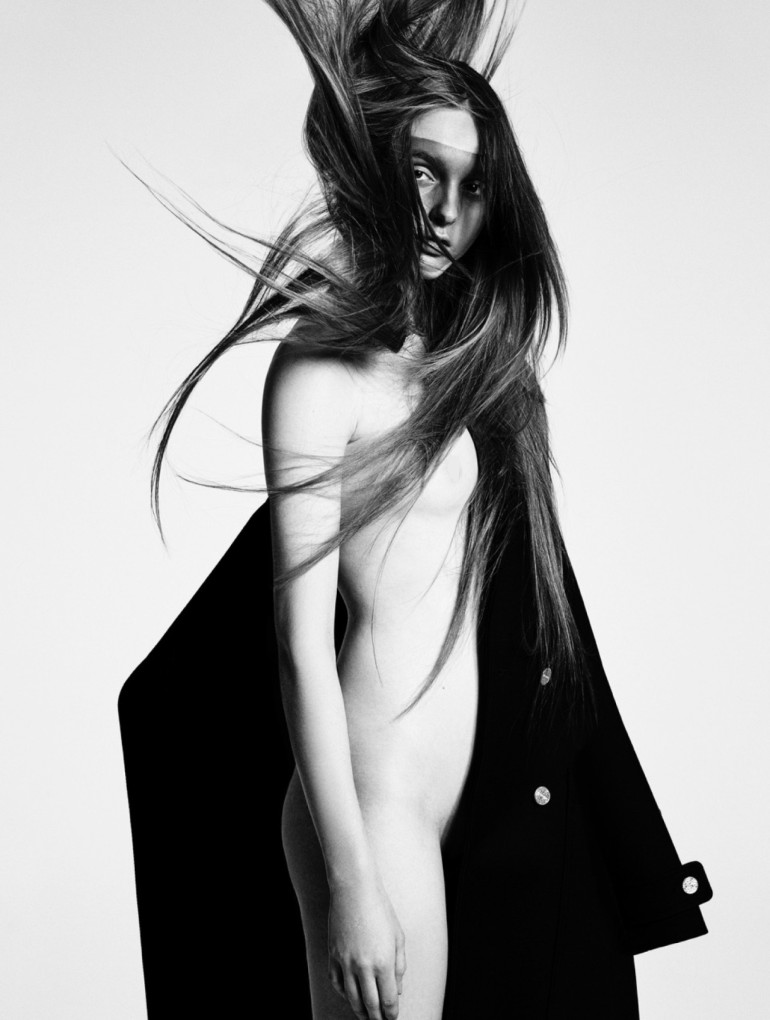 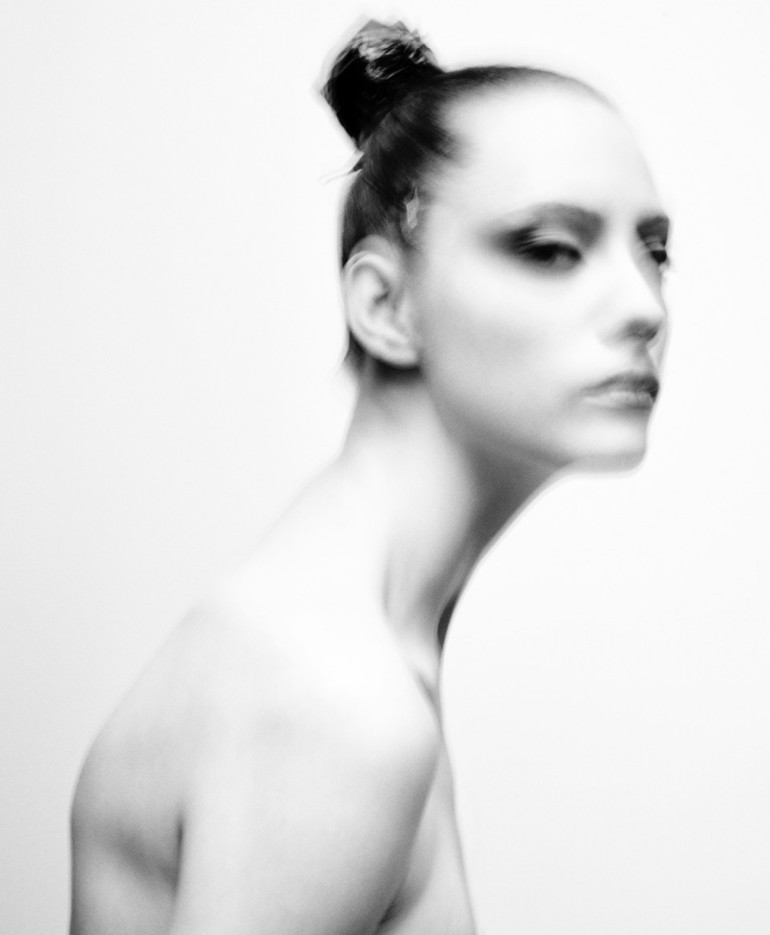 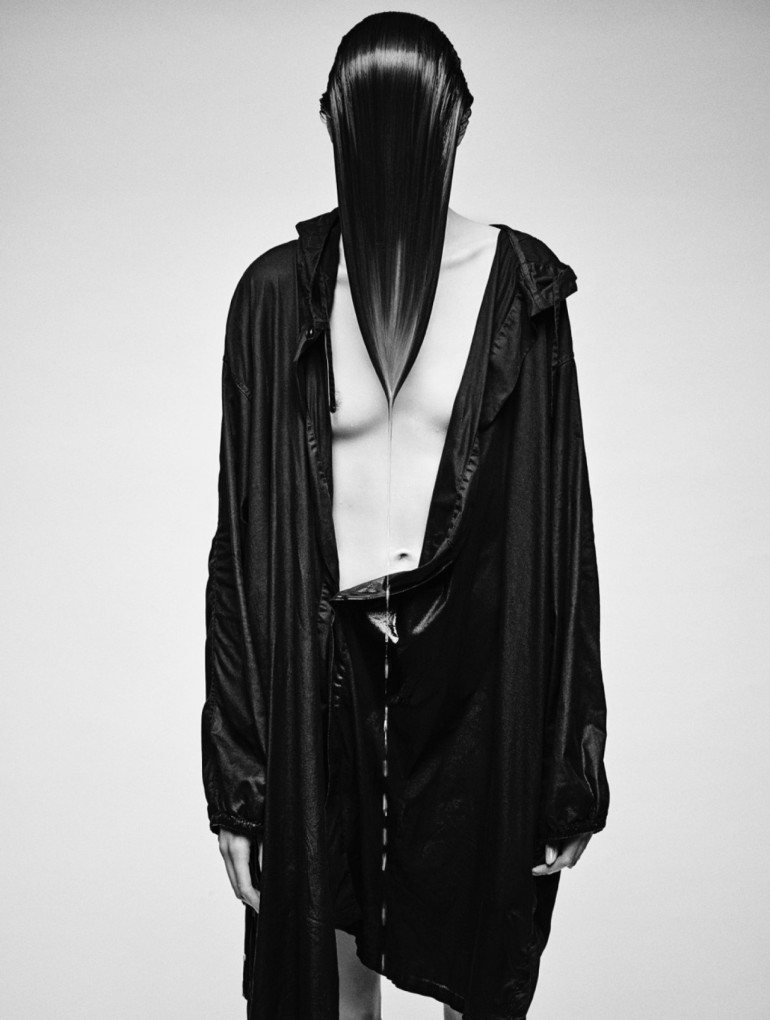 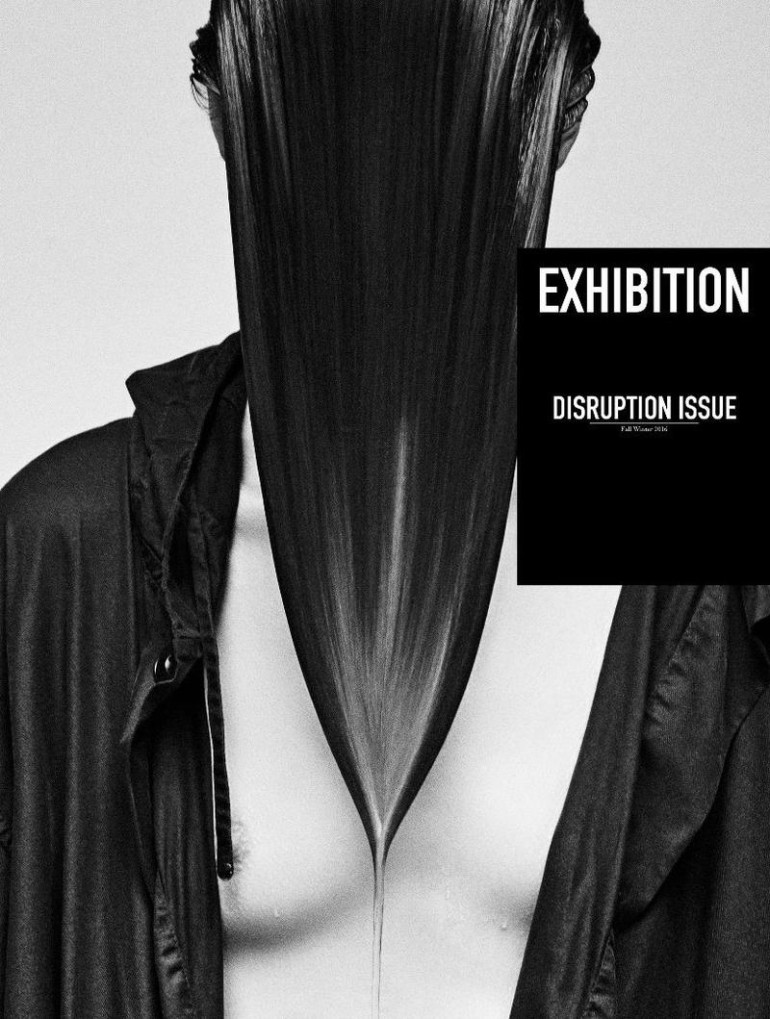 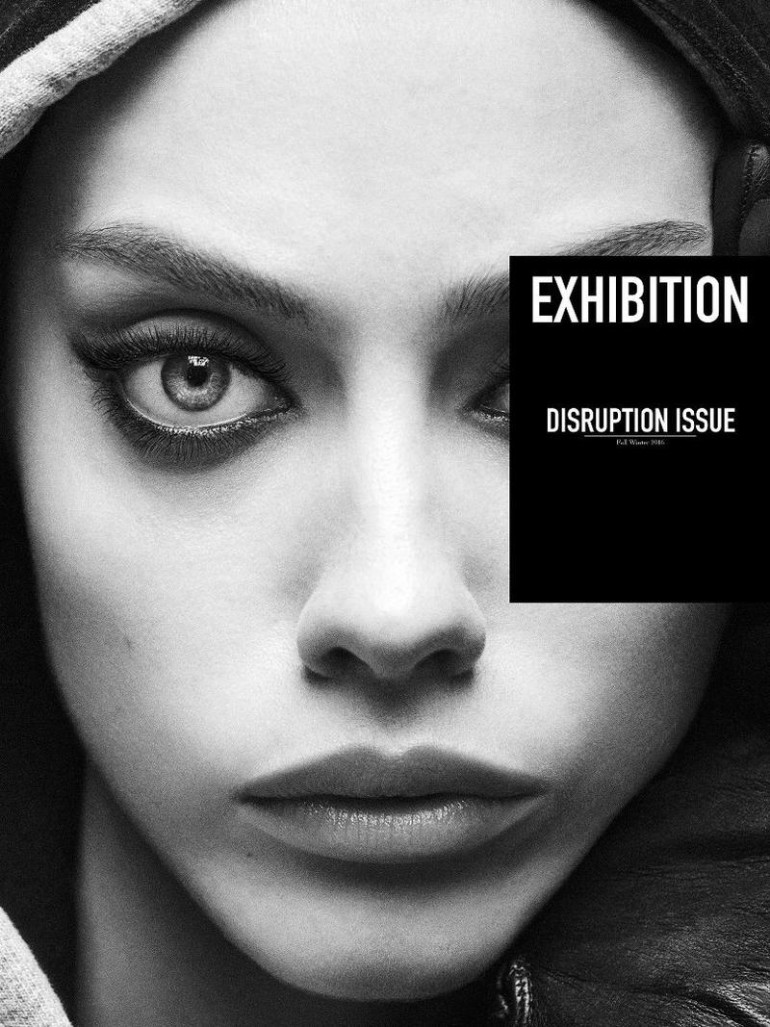 Odette Pavlova Travels Back in Time to a Place ~ Divine