Jamilla Hoogenboom & Aneta Pajak explore the impact of intensity in “Le Choc Des Pigments” shot by Ben Hassett for Vogue Paris, 11/16. Not merely a function of attraction or a progress of pretty, color is a visual construct. The power of pigments is an intense concept, when applied, it inspires you to react. Like a statue that’s erected on site, a milky, white layer falls over every inch of her skin, hair and body. Makeup mimics true art as Violette is motivated by the idea of anti-movement. We see a small portion of complexion peaking out under the glasses. A detail that wasn’t overlooked, rather it was inserted to inspire. Forcing a compelling question – Is she real or is she made of stone? While, in one aspect we are merely asking if this creature is made of rock, however, when we dig deeper we begin to imagine something more complex. A philosophical conundrum only answered in the abstract. Beauty beckons us forth as the brain follows in fair suit. Shadow explodes over the eyes leaving a mask of powdered, pink resonance. Following suit, metal melts, like molten lava leaving a silver tear streaming down the skin. A mountain of metallic blue builds on itself, as millions of baby piettes all pile up, letting loose on the lid. The rock talks as Jamilla’s bright mouth is the only thing that appears real, while Aneta speaks in rich, ruby tones. Red is the Thing as Scarlet Screams to be Seen… each lip shade is captured off the rouge specter. In the center of color and concept, we are met with just a scant hint of makeup. The art of extreme is caught in a dream, as Pajak appears to be peering at herself down the mirrored line. Mimicked in majesty, each picture is empowered by mental magic. The eyes are alive with a kind of wizard like effect, as blue pools lure us in letting us go and then doing it again. 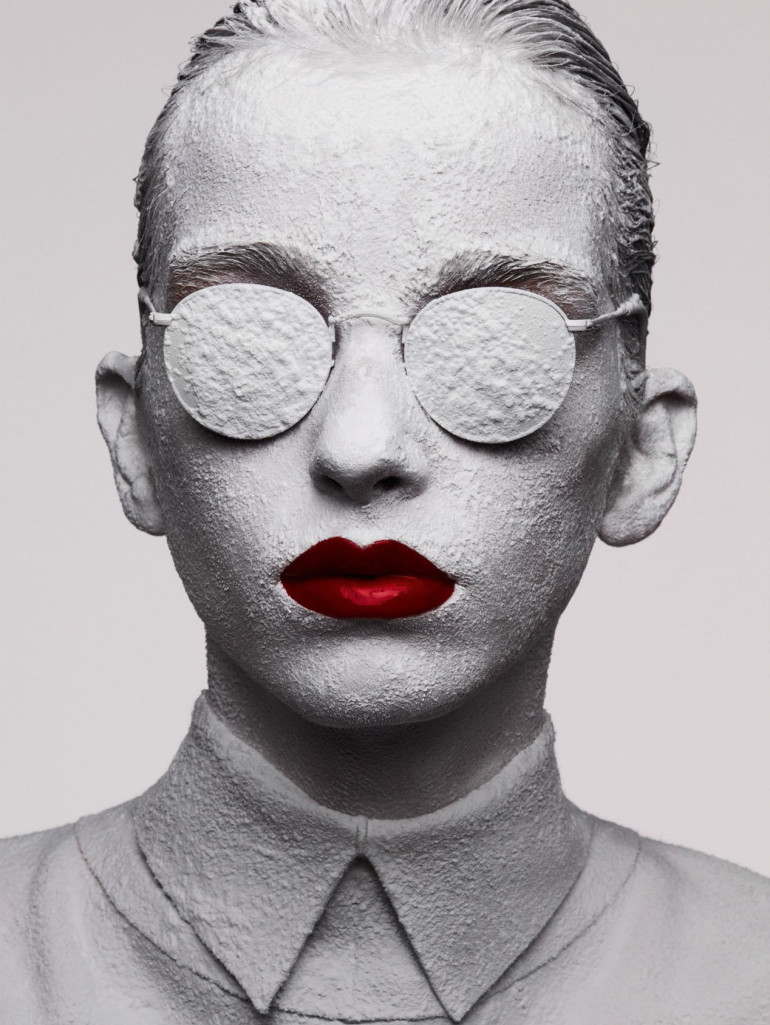 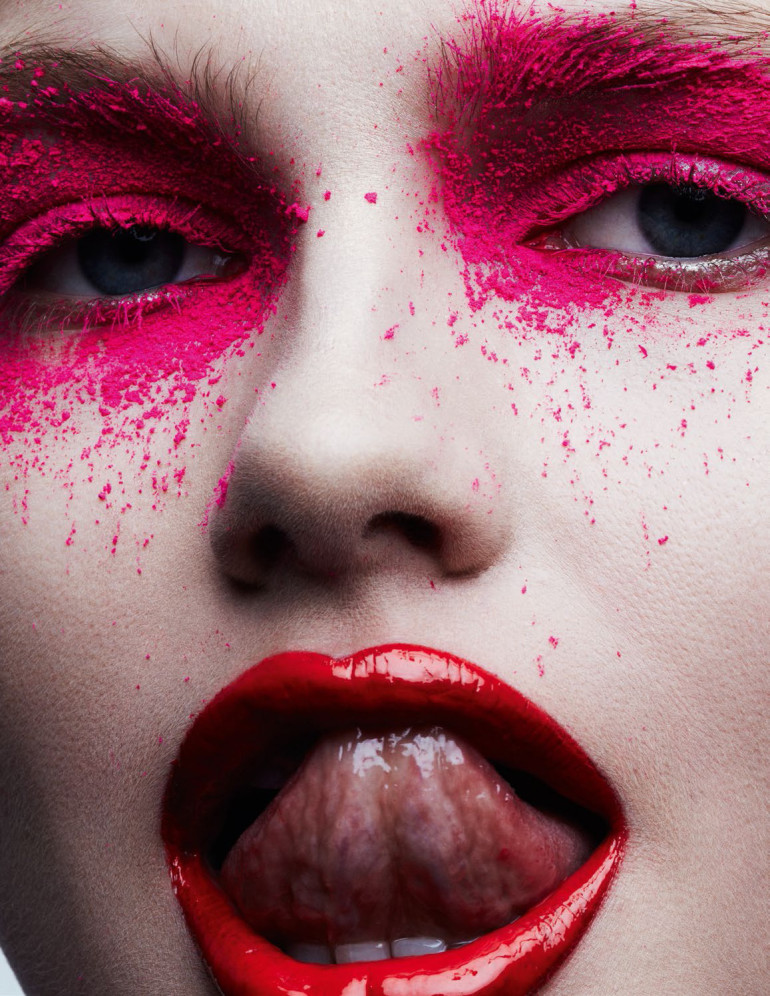 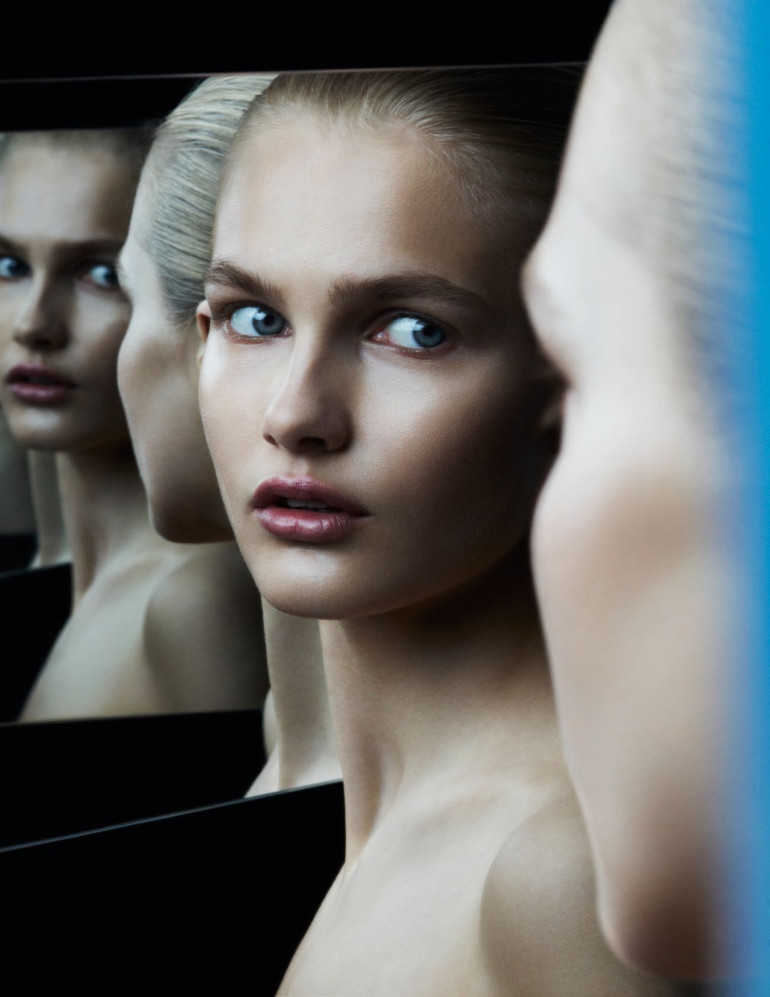 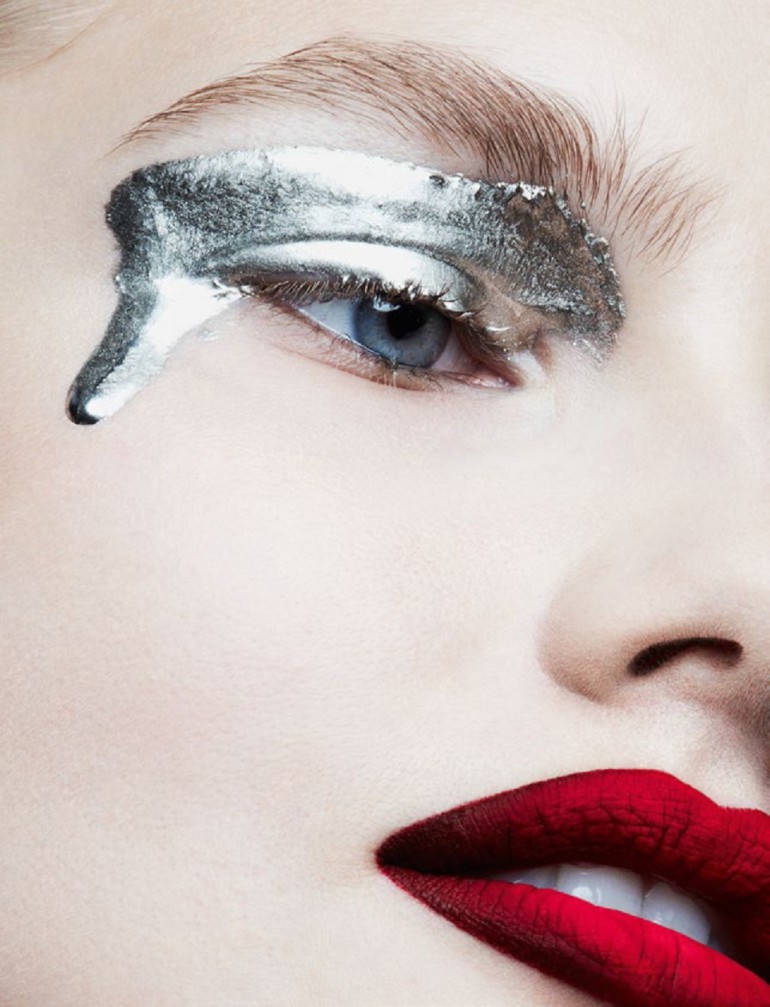 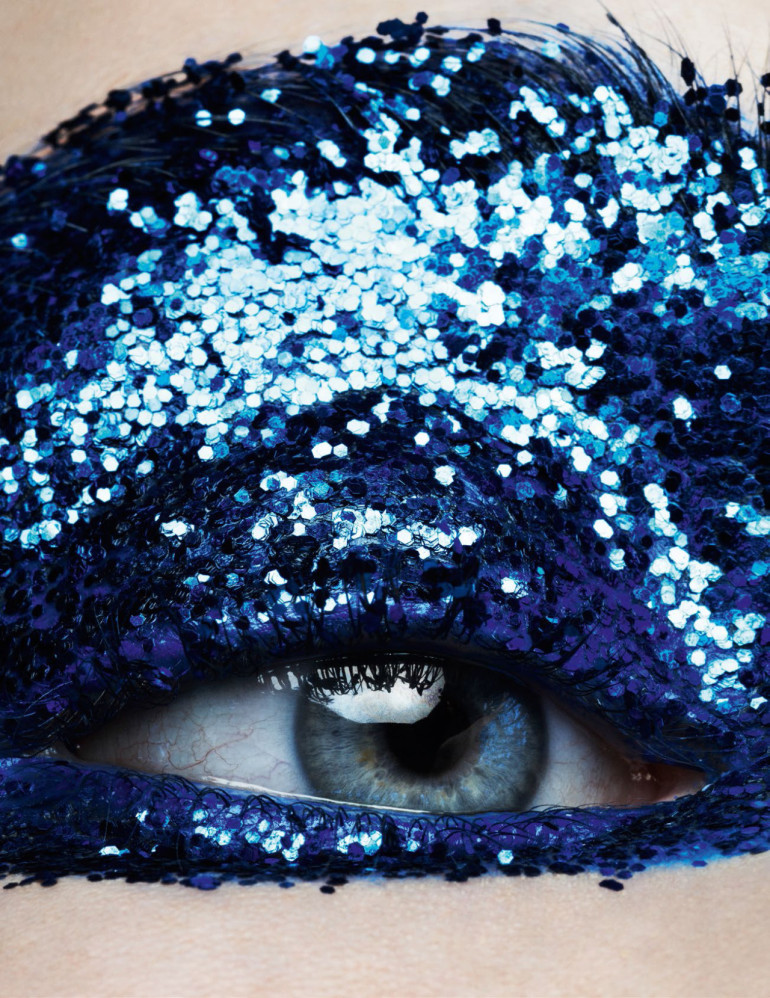