Cece brings in the sparkle as she sets out to “High Shine” by Kailas for SÝN Magazine, Issue XIX. Her skin is smooth as butter, melting down her body like silk seeking form. Red provides backdrop as each image stokes the fires of true passion. Kailas uses a come-hither stare as a source of enticement, while the overbearing innocence of her countenance cannot be denied. Tiny curls spin around her head like so many secrets waiting to be told. Akihisa Yamaguchi cajoles coils making them appear as if they’ve been wrapped around frenetic finger, while ringlets hang from her hair in a precocious mix of art and excess. Moving with motion, kinky curls ungulate with the rhythms of the night. Kailas captures the up-close beauty of her golden lips, as she covers her eyes and takes in a long, deep breath.

Beauty bathes in the auburn lights, as Yuki Hayashi creates natural makeup that warms up the page. Sparkles shine in a flaunting furry as skin art erupts in a blend of bling and beauty. Naked faces emit a sense of wonder, as we fall into a world of eternal ecstasy. Warmth oozes over every inch of skin, with a yellow tone appearing like she’s lit from within. The eyes reflect a hint of mysticism, as rich glitter hits on highly reflective areas. Green drives a vertical line down the center of the lids, dropping a dose of shine on either side. Glamour leaves a decadent display with eyes that sparkles and lips that convey. Modernity makes this story shine with red glitter spread over the brow. Blue shadow breaks free from commonality, blasting forth with a dusting of white diamonds. Laying on her back hands covering her face what Cece feels can’t be erased… a flash of glitter dances over her eyes surrounding her ears in a daring surprise… scarlet supreme is caught in a dream as all things are hazy in light of the extreme. 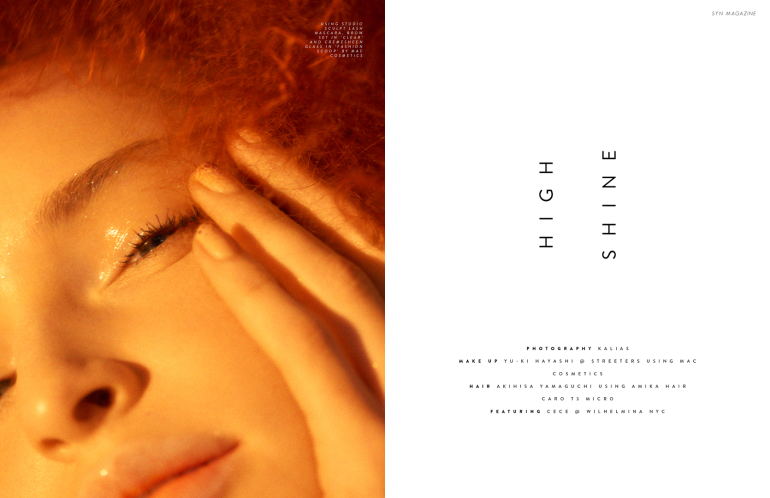 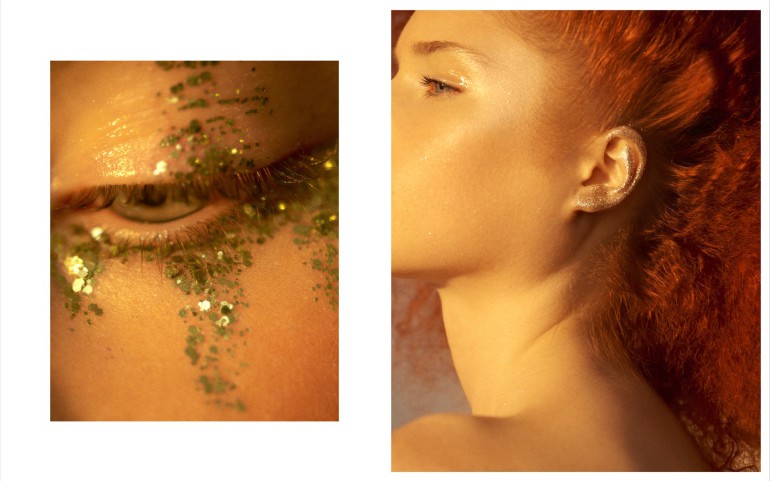 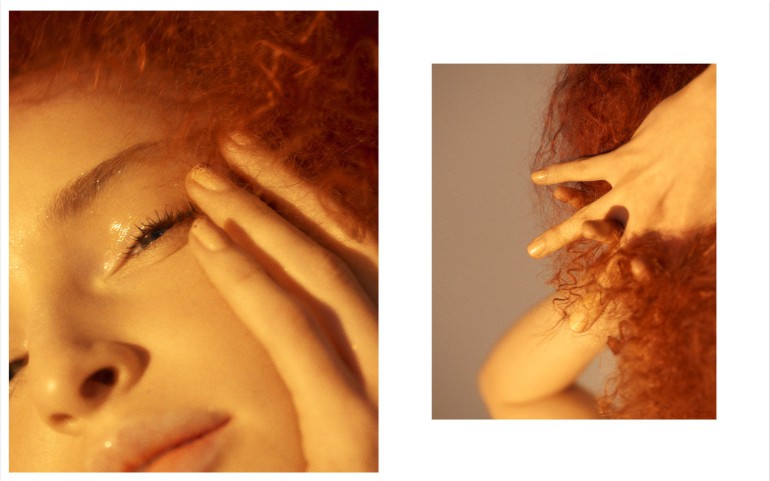 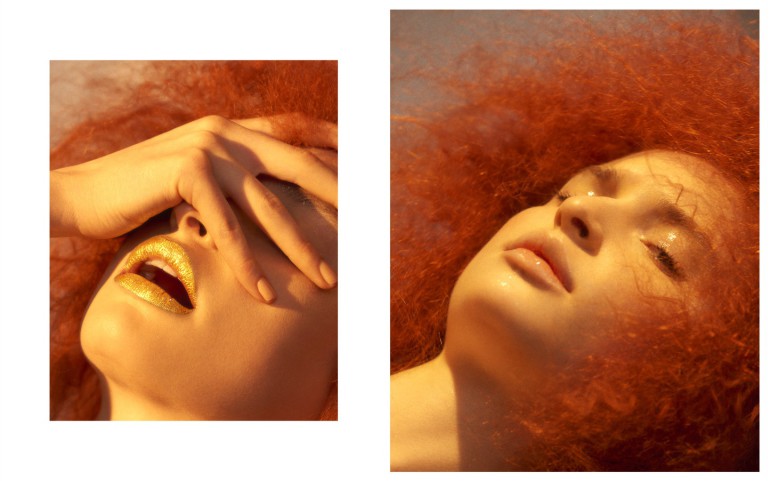 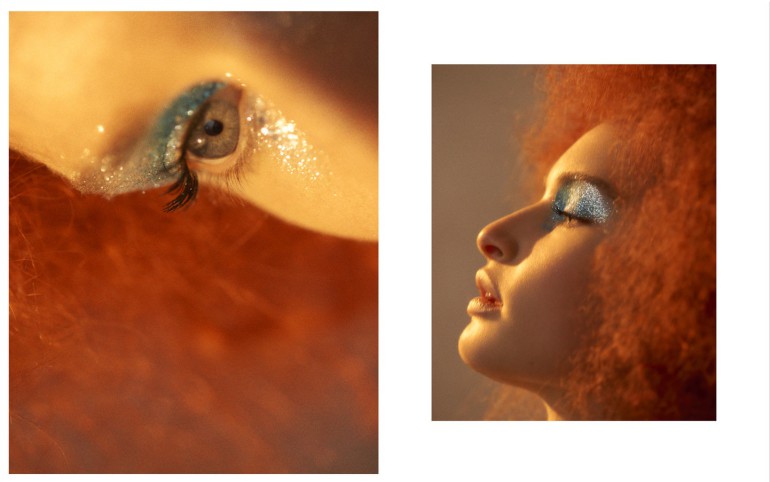 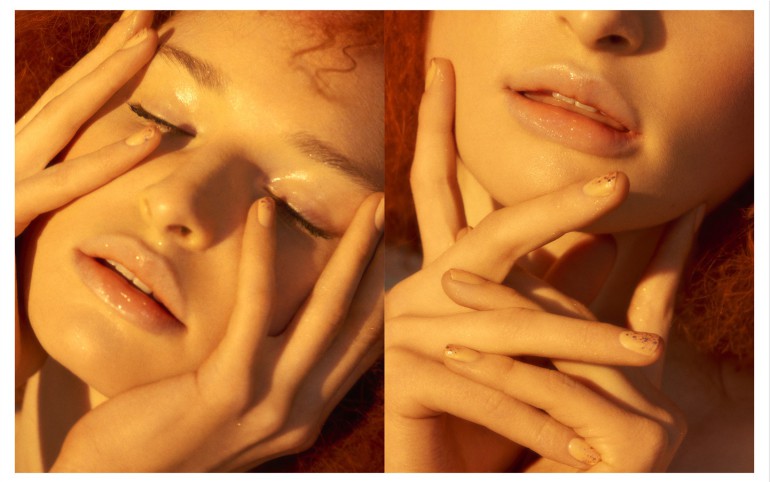 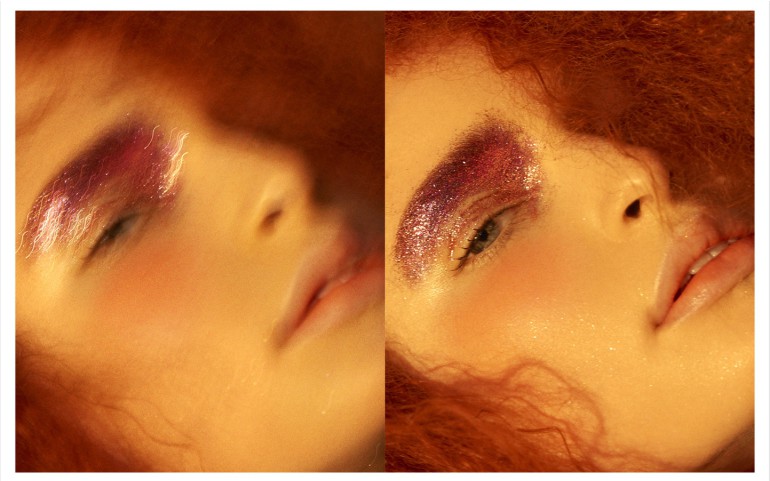 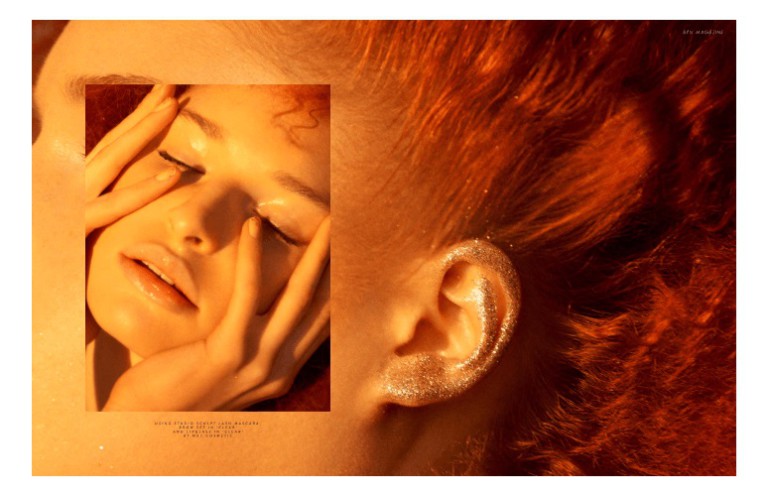 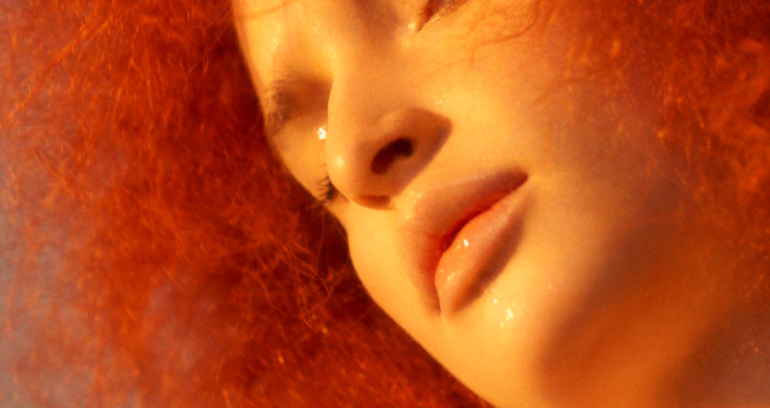 Katiusha Captures the Chaos of Coiffure by Kailas for OOB