Cierra Skye comes from a place up on high into a world where hope but does fly in ‘Tema e Variazioni‘ by Marcus Ohlsson for Models.com. Like pieces of live installation, these works aren’t seen as human specimens rather that are viewed as carriers of creativity. Up close and personal, Skye comes through the celluloid wall with such visceral display, we are left to merely keep up. The vistas of our mind open up wide, as we stand and thrive on the precipice of change. Seeing our future through the keyhole of commonality gives us the ability to adapt. That’s to say, the one truth that stands firm is the facts of the past. Whether positive or negative, the value added proof provides a source of vital influence. Delving into the optics of illusion, pictures project a sense of cinema, leaving us to imagine the finale. Peering through the looking-glass we see the great, plate-shaped works of Piero Fornasetti. This editorial pays homepage to his obsession with the face of Opera, singer Lina Cavalieri. Etched in the illustrations of his singular obsession, Piero’s pieces were projections of her unique beauty. More than a Motif, Lina Became a Muse. A vast undertaking of prolific installments led to upwards of 350 variations on plates.

Calling on Skye’s eyes, Fredrik Stambro uses stroke, dot and halftone patterns to get a surreal effect. Changing course, the application process adapts a more creative approach. Shadows are portrayed with a spray-paint like canvas, giving the illusion of depth, while powder presents an ethereal effect as light invites a visceral reaction. A question mark hangs over the face (literally), with deep symbolism drawn out. Abstract makeup is seen through the sinuous strokes of modern art. The mouth mimics the mastery of Fornasetti’s works with red lips that revel in the savvy of seduction. Lashes leave behind a tearful farewell, with tiny droplets hanging on. Skye sits in poetic silence with a dark line drawn down the center of her being. Looking through a telescope we see images that make us think we’ve broken through Molière’s powerful 4th wall. The countenance of her stare lets us know she’s there, with crazy brows and a curled up mustache. A symbolic gesture that honors the era of Silent Film Stars, Franco Gobbi pays tribute to the past while serving up a series of very daring hair. Costumed coiffure has its moment to shine with molten-lava like curls dried against the skin. Powder covers the crown area with a bleach like effect, leaving a triumphant double-shaded dew. Peering through a giant keyhole we see a sliver of Skye’s face with tiny dots drawn around her eyes. Begging the question… Is she looking in or is she looking out? 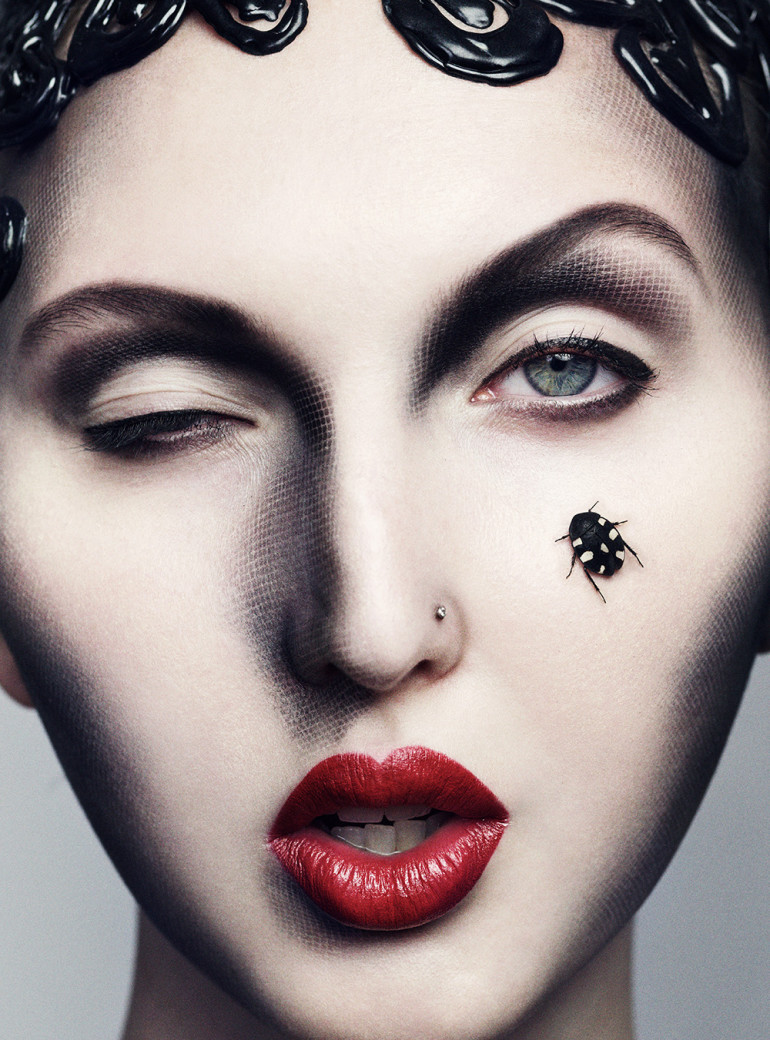 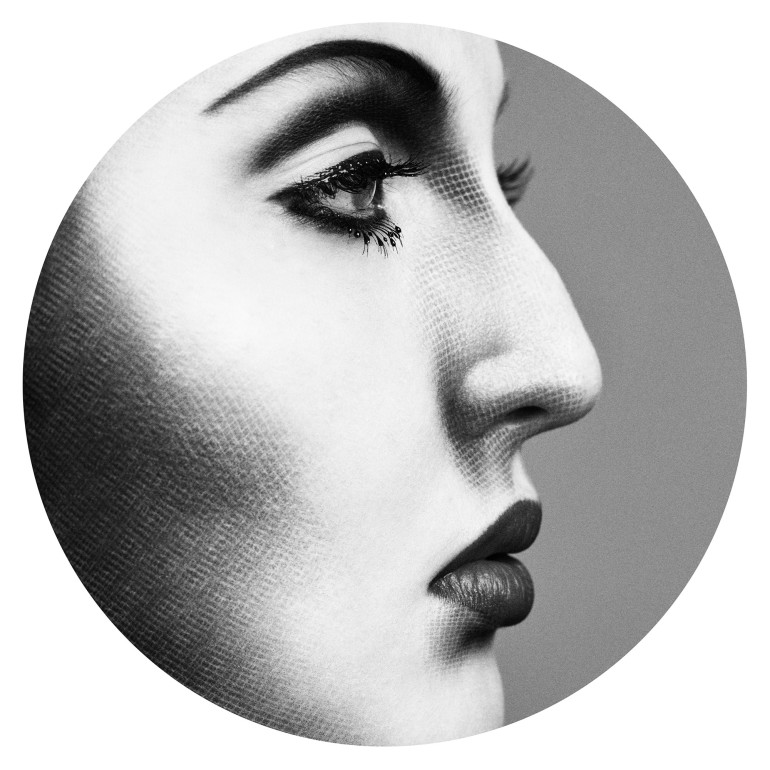 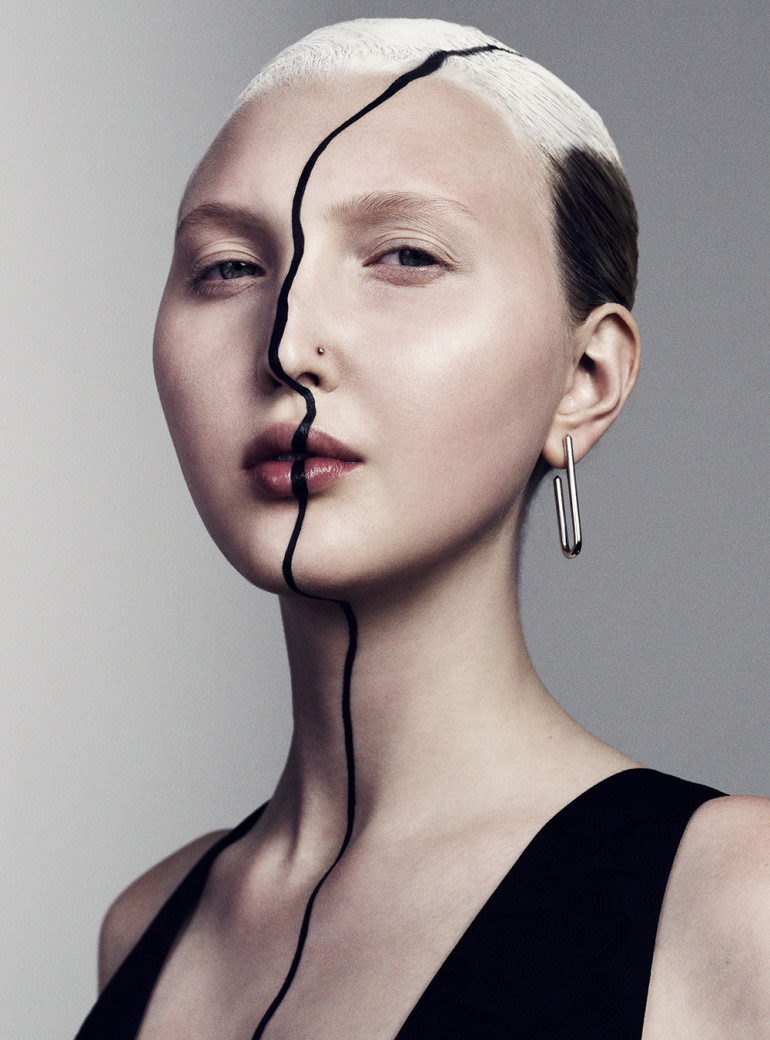 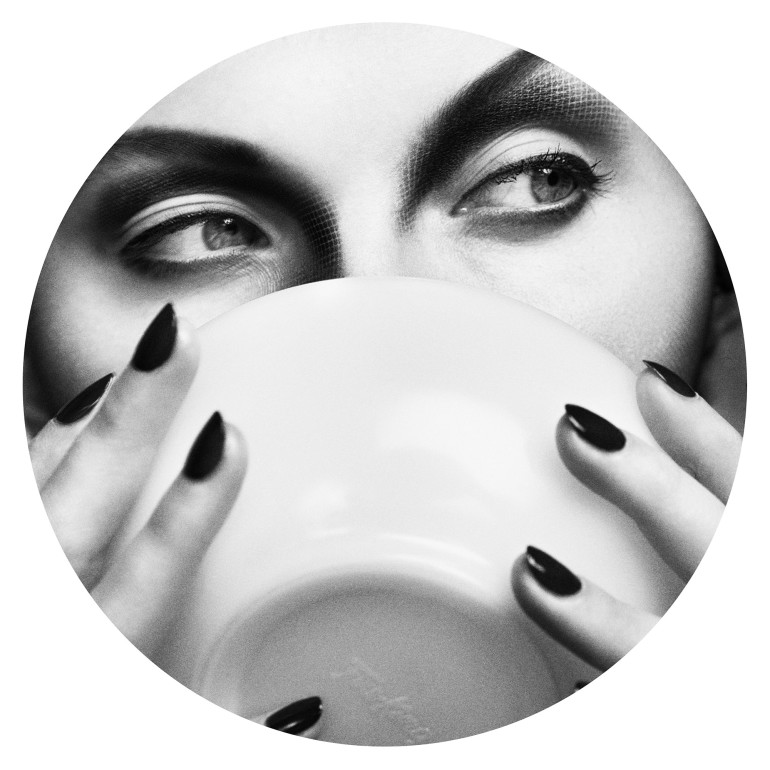 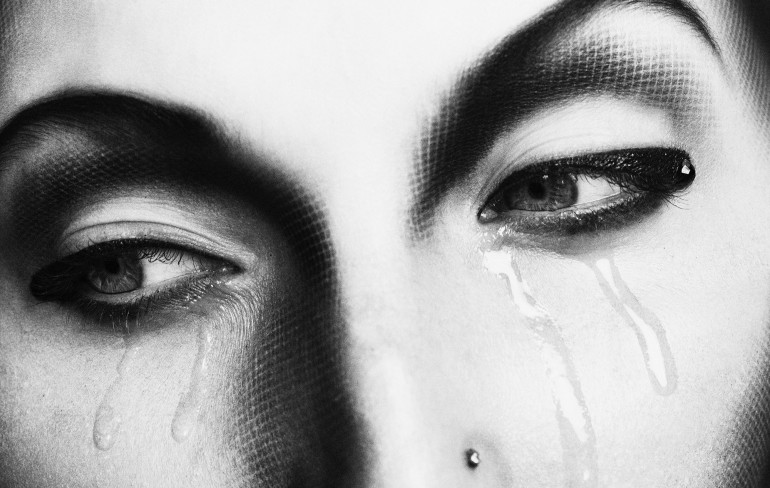 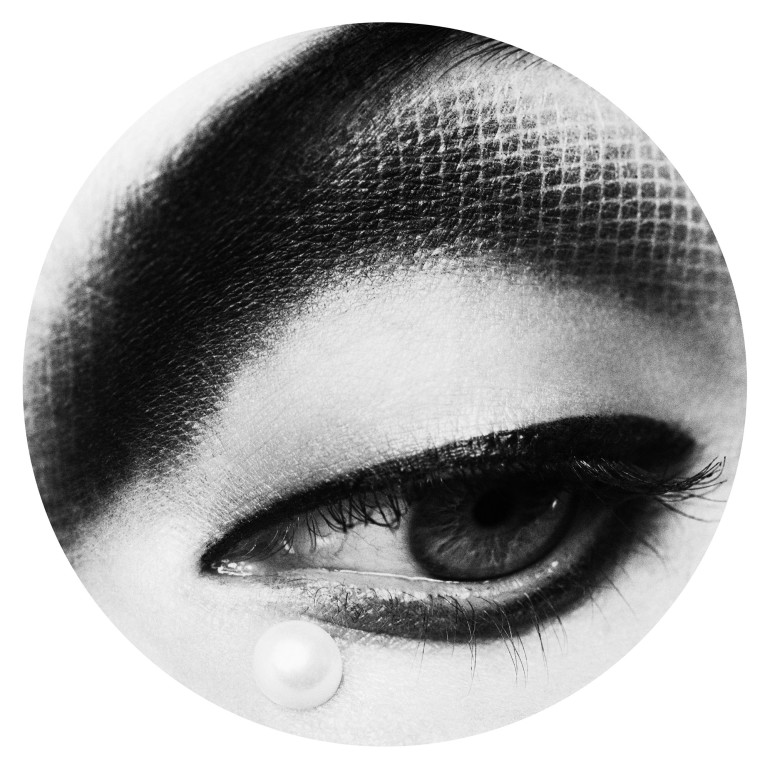 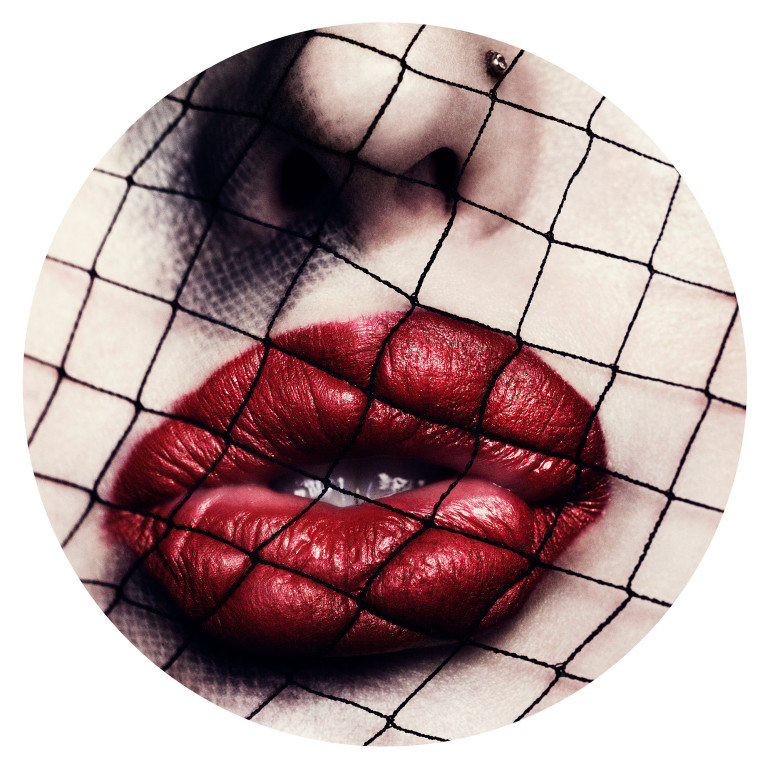 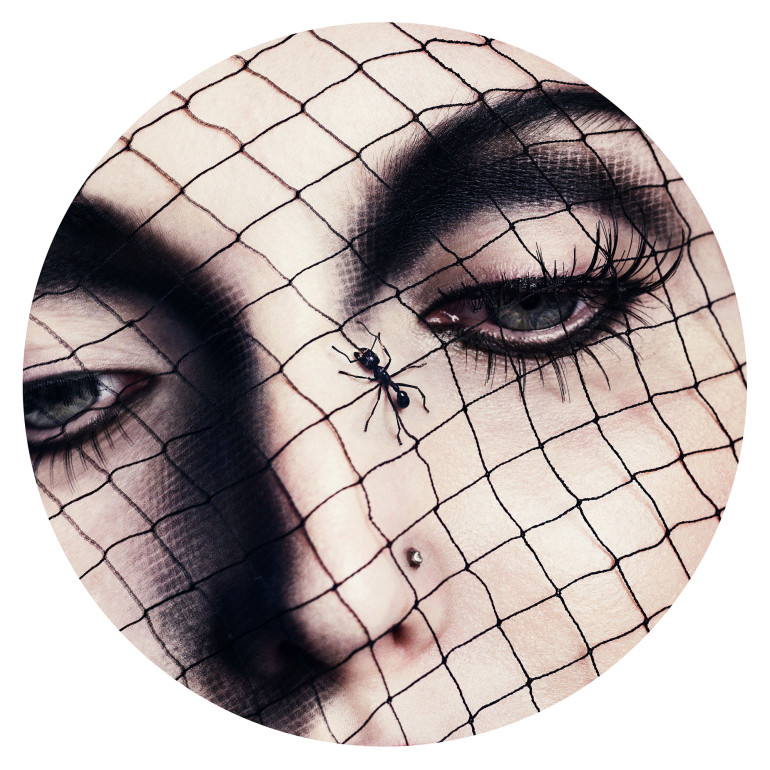 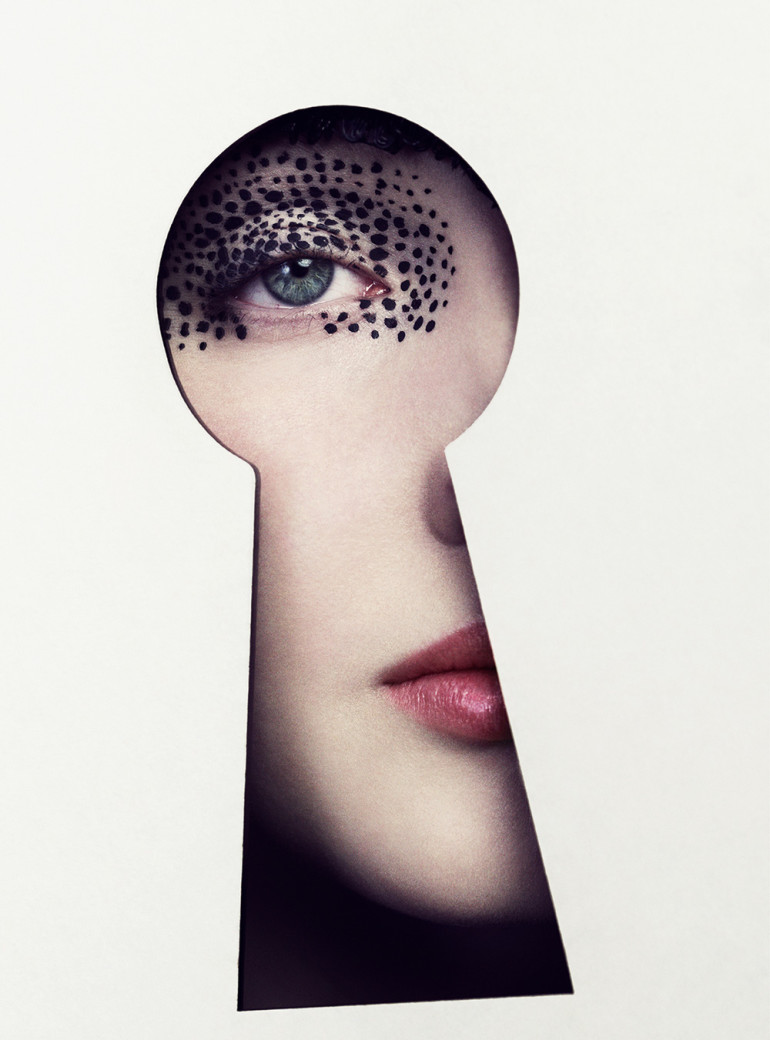 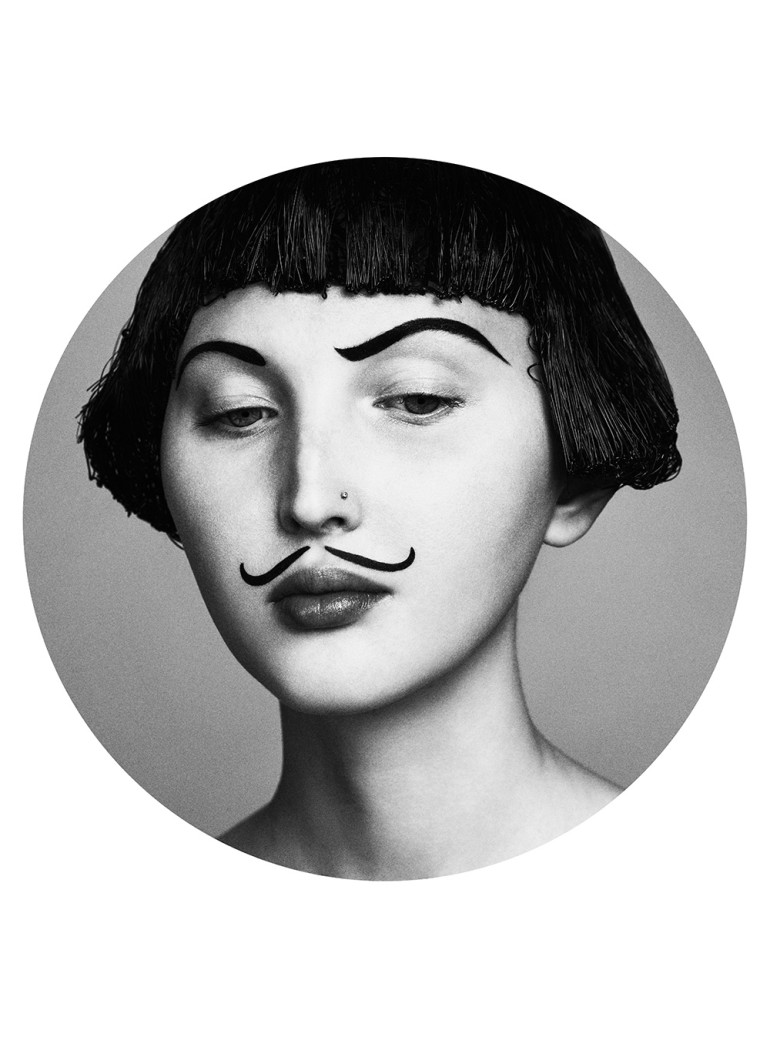 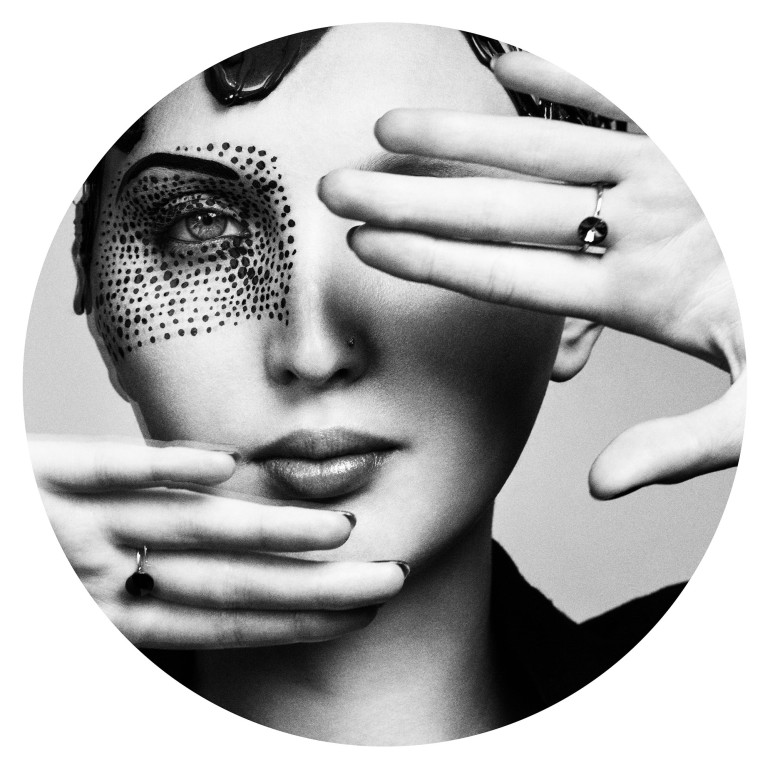 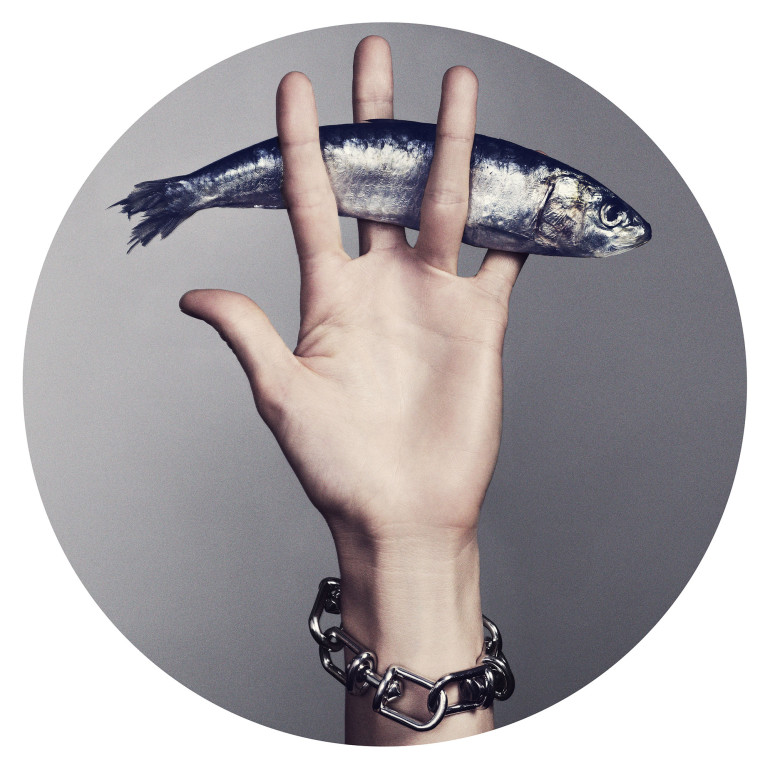