“Daughters of Darkness” by Rankin for Hunger Magazine, November 10, 2016

Lena Hamm, Chiara, Maisie Jane & Georgie Hobday devours the night in “Daughters of Darkness” by Rankin for Hunger Magazine, 11/16. Drama defines the scene as pictures possess an avant-garde extreme. Each shot tempts us with titillation, while eye-popping imagery scorches us with satisfaction. Lola Chatterton celebrates the art of embellishments by making her way from high design to fashion divine. The arachnid aesthetics are known to be exquisite as Andrew Gallimore uses one of the most beautiful web masques ever seen. Spider webs are possibly the most intricate animal structures of the natural world, as this story settles into the surroundings with rich images driven by details. Complex, geometrical patterns come together to form a unique array of web inspired configurations ~ with faux lashes worn in place like spiders crawling over the face. The potency of pictures come alive under the vigor of intensity, as art unleashes the beautiful beast, behind the driving force of freedom.

Faith is found placed over the face as tiny crosses mimic hope hanging in prayer. Delicate charms are affixed to the leather headgear, with a cross cut out of the center. Symbols of conviction reverberate with the sounds of freedom, while in utter contrast we are met with the opposing elements of artistry. Her Ice blue eyes project a sense of calm with lips that blend in seamlessly to the backdrop. Neither good nor bad, extreme is a dream as black leather head straps are placed over the face and faux, red lips mask the mouth. Roxy Attard creates coiffure that emulates the aesthetic energy of each image. Hair moves through the eras from a 50’s victory roll to a 70’s Vidal Sassoon dew, an 80’s back-combed extreme to the plain look 90’s clean.

The end becomes the beginning, as Chiara brings this to a boil, with bones that are worn like jewels shot down from the sky. A headband holds three in place with stars that hang over the eyes. As two large bones dangle in a diagonal line, while the final one is placed perfectly in the center of the mouth. Biting down with such force we imagine her teeth shattering in place. 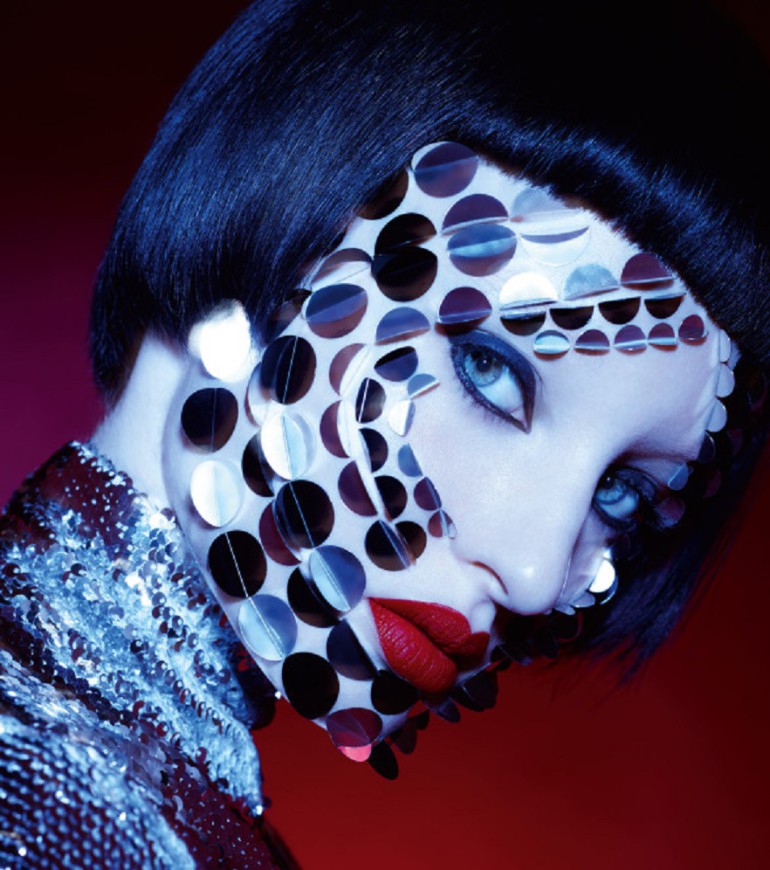 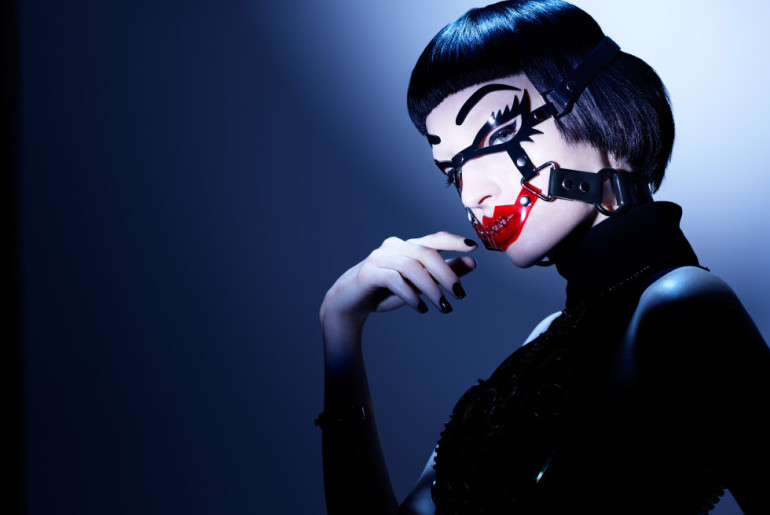 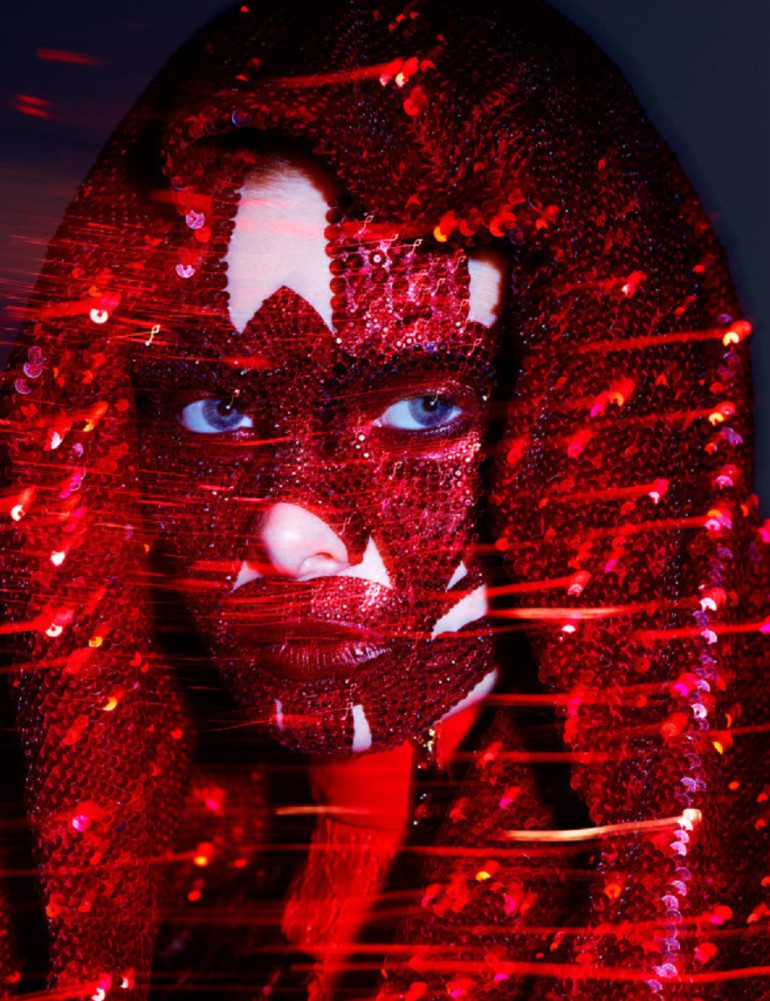 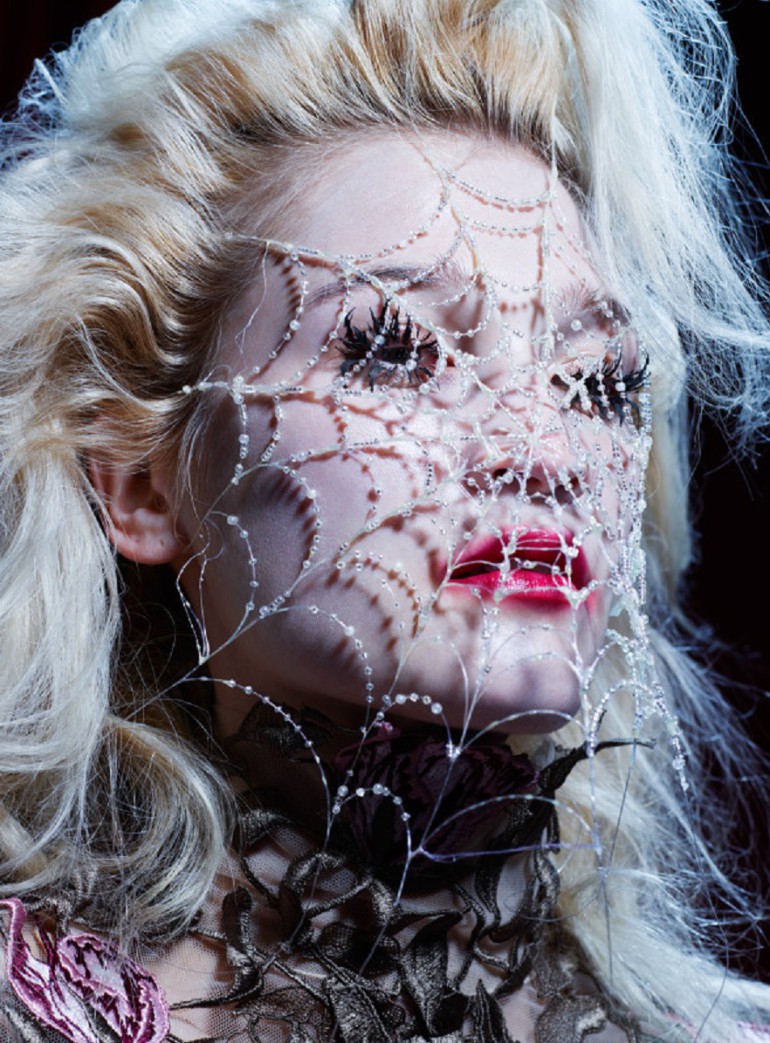 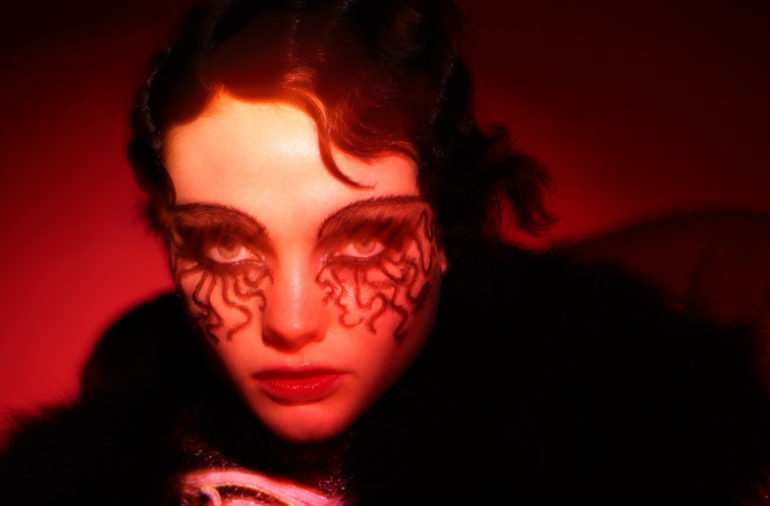 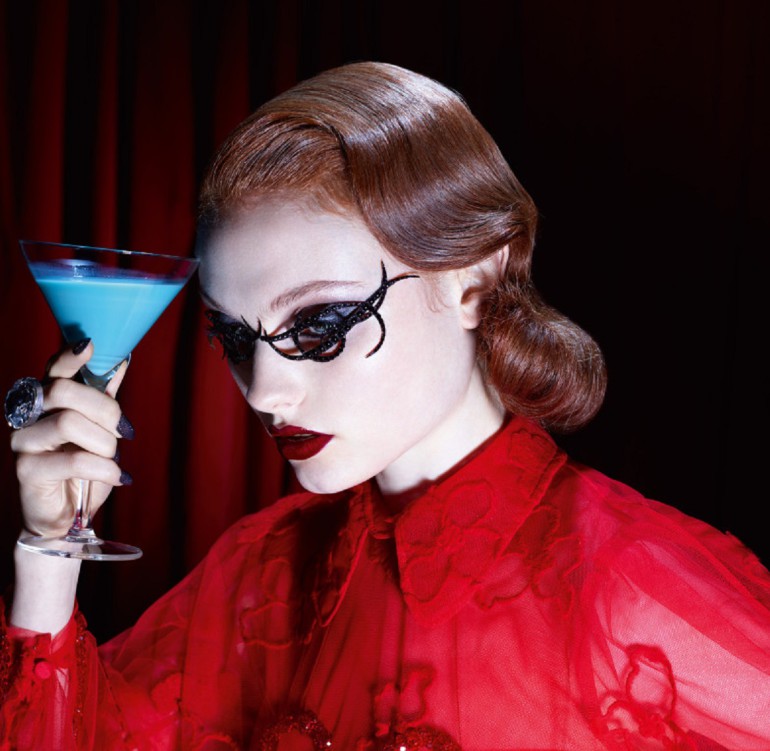 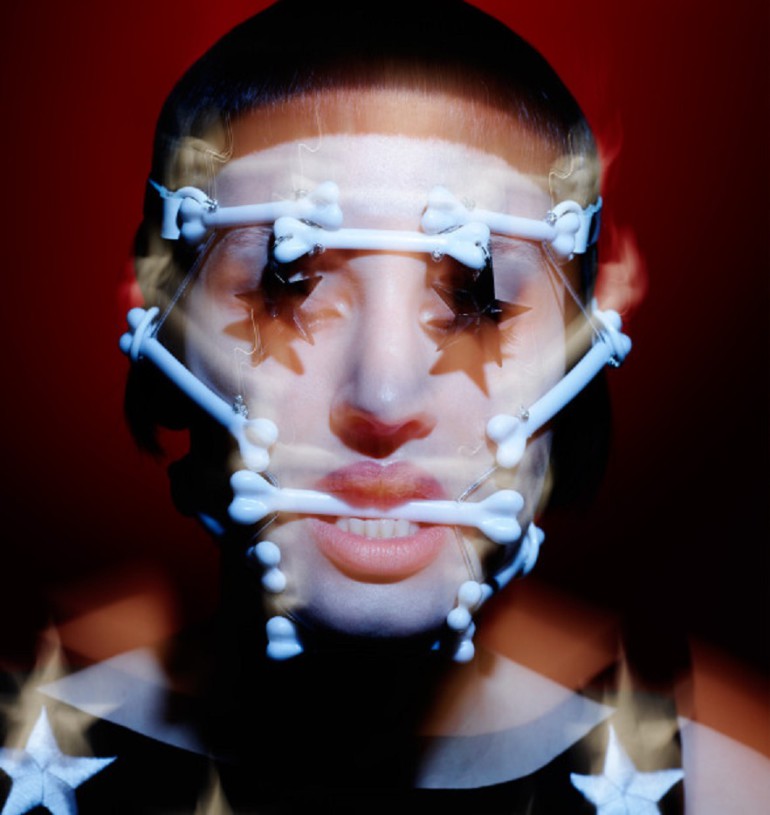