Rianne Van Rompaey ‘An Artist of the Floating World’ by Tim Walker for Vogue UK, 12/16

Rianne Van Rompaey plays “An Artist of the Floating World” by Tim Walker for Vogue UK, Dec. 2016. Echoed from the ideology of the current climate, this story looks to find the pathways of our collective mind. Walker uses the title of this, 1986 novel, to illustrate the consternation of these troubling times. Art isn’t always a mirror, often it works to echo emotions in such a way as to elevate the raw message. To be able to see ~ you’ve got to be free. The goal isn’t about simple reflection, sometimes it’s about forcing yourself to take a deeper look. Viewing the picture in the context of its entirety, we can imagine a more united world view. These images invite us to invest in our future good, by reminding all that we are a part of this grand Ecosystem of life. Kate Phelan brings fashion to a high point, by incorporating fabrics that give us a sense of flight. Styles aren’t just shown they are richly celebrated. A cacophony of couture is displayed in ways that make us dream of theatrical performance. Gorgeous Geisha Girl’s wearing colorful Kimonos, “Floral & graphic silhouettes come to life against the dazzling backdrop of Japan.” Drawn to the folklore, Walker uses garb as a form of neo-expression by Alexander McQueen, Comme des Garçons, Gucci, J.W. Anderson, Louis Vuitton, Marc Jacobs, Prada & Rick Owens. Bold images play like a show within a show, honoring humans that connect from differing backgrounds. Watching characters fight for artful expansion we capture a compelling picture of intimate reflection.

Kabuki is a style of traditional Japanese theater that includes music, dance, and drama. Art elevates our idea of unique, as Sam Bryant shows us beauty that comes in many exotic forms. Taking a more theatrical approach to the art of movement. The elemental breakdown of each scene is shown in the elaborate face & body paint of the characters. Creating a kind of masque like effect, a series of a few (staple) colors are applied in symbolic ways. Considered an important part of Kabuki art, the process by which makeup is applied allows mood and characters to shift. Face paint elevates their features to a dramatic point by working in symphonic harmony. Rianne’s skin art mimics Yoshito Ohno’s traditional look, while baring out the flavor of her own. Covered in white, blue eyes lift up to the sky while red lips kiss the air on high. Honoring the grand tradition of the Geisha, Bryant mimics this masterful makeup tradition by taking a more modern approach. Shadows give the illusion of spray paint, with a magenta tone that mimics brows and a bright orange line that follows under the eyes. Each scene plays out, as one dancer lies on her belly, while the others stand with open mouths as they screaming in shattered silence. Wearing an array of broken down boxes in the place of proper clothing, each picture signifies our systematic addiction to all things we can collect. Drama is mimicked in heavily applied cosmetics used for the stage. As she sits in stunning reflection, Rianne van Rompaey finds herself in the middle of an enchanted forest. Shon honors the ornate features of the Shimano Chignon, opening our minds to the magic of modern hair. Yoshito Ohno pays tribute to his late father, Kazuo Ohno, by holding up a single, red rose he shares a memorable moment as the spirit of humanity rises forth from his hands. 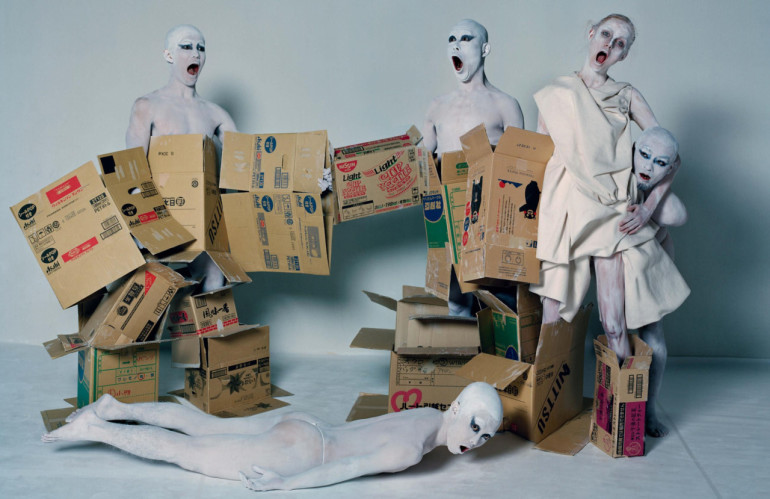 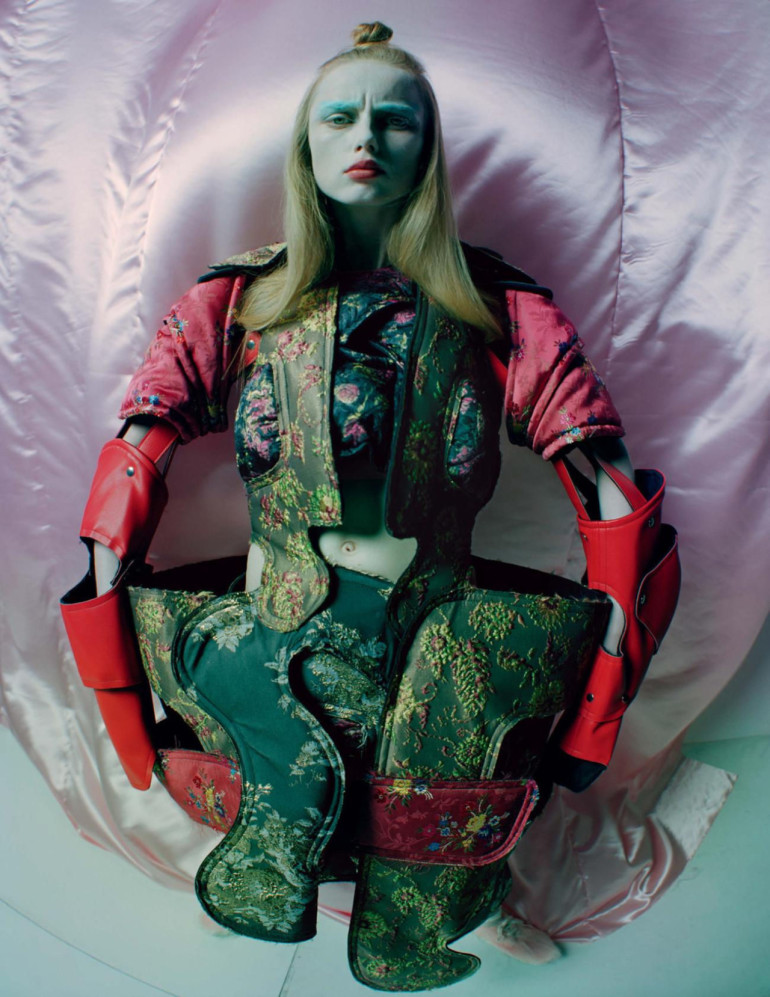 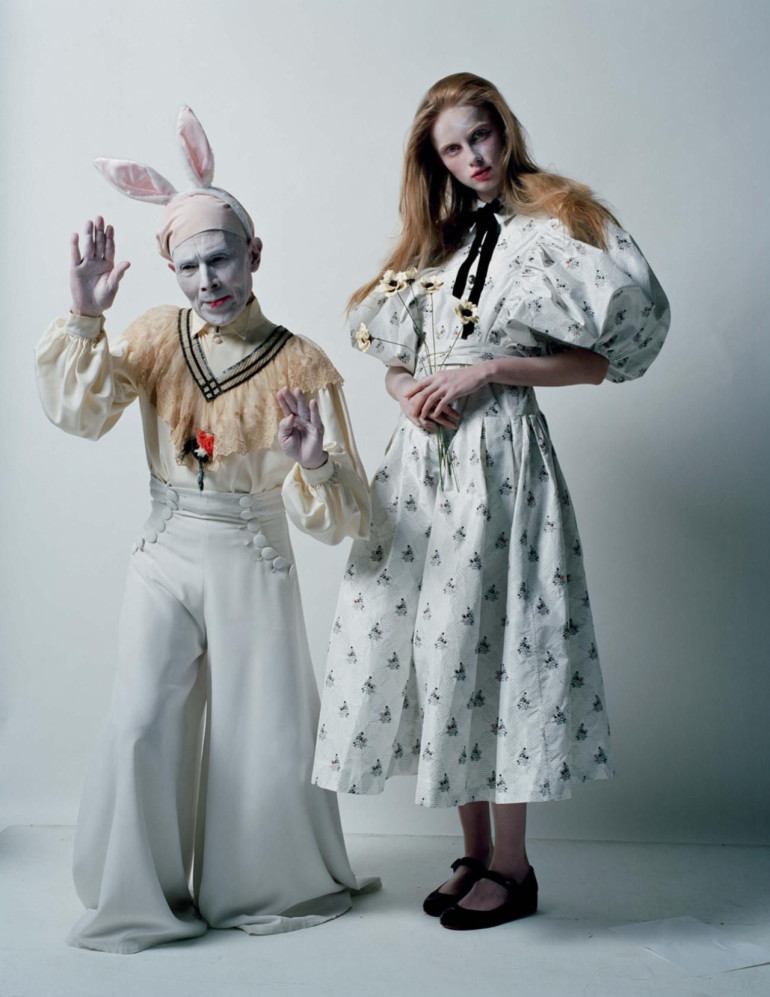 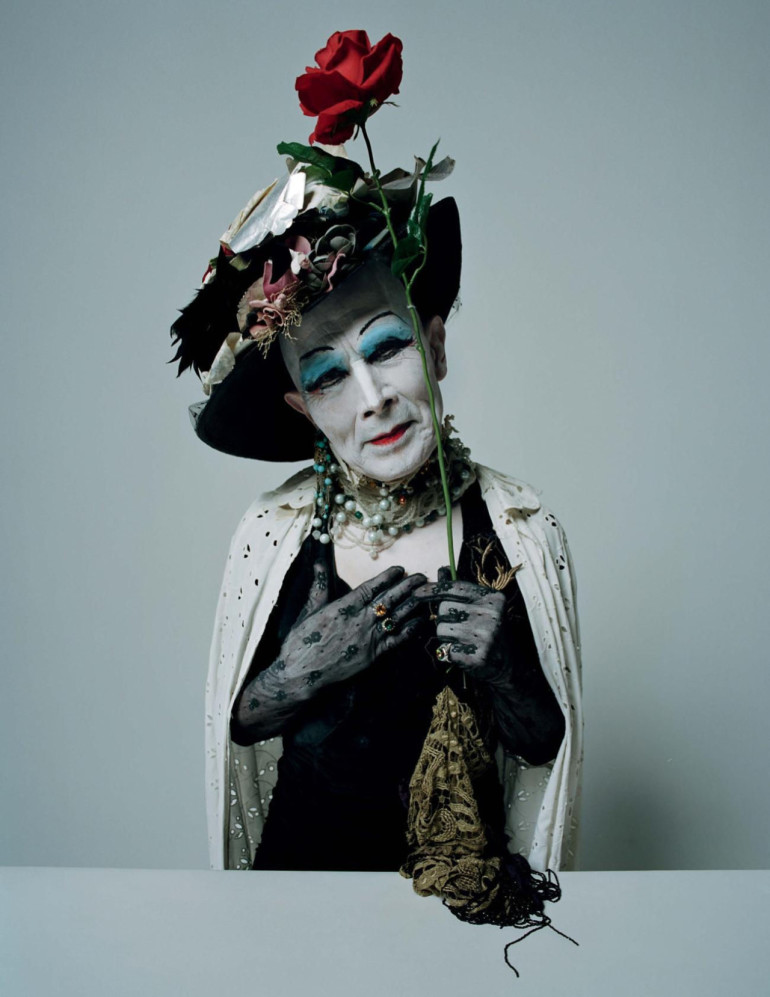 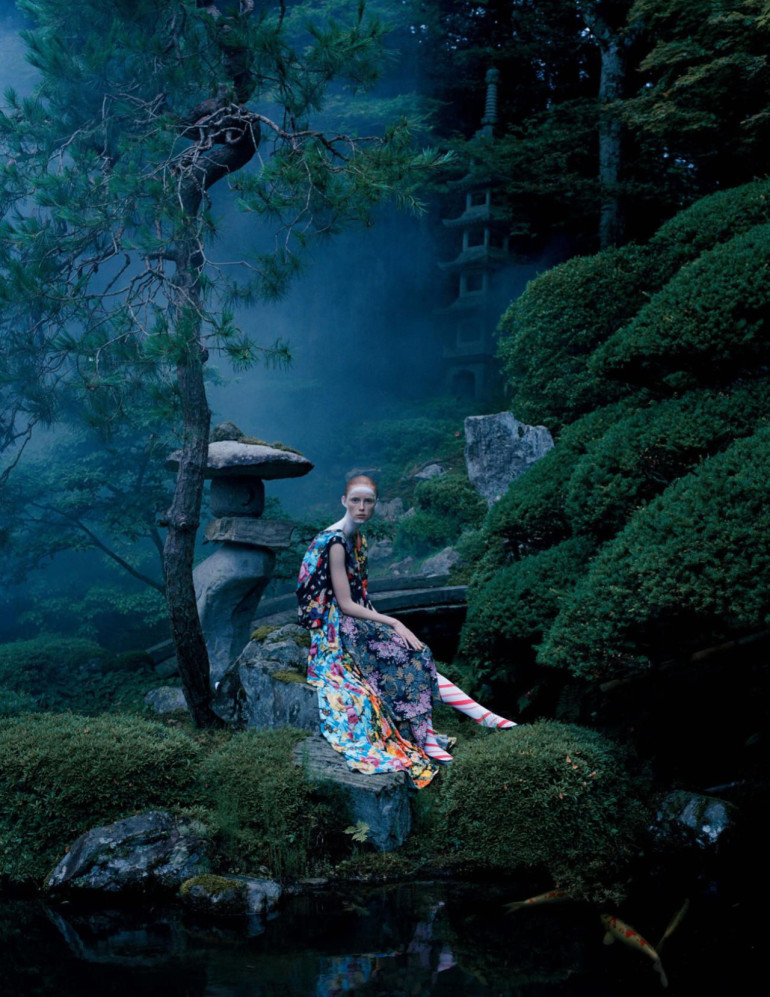 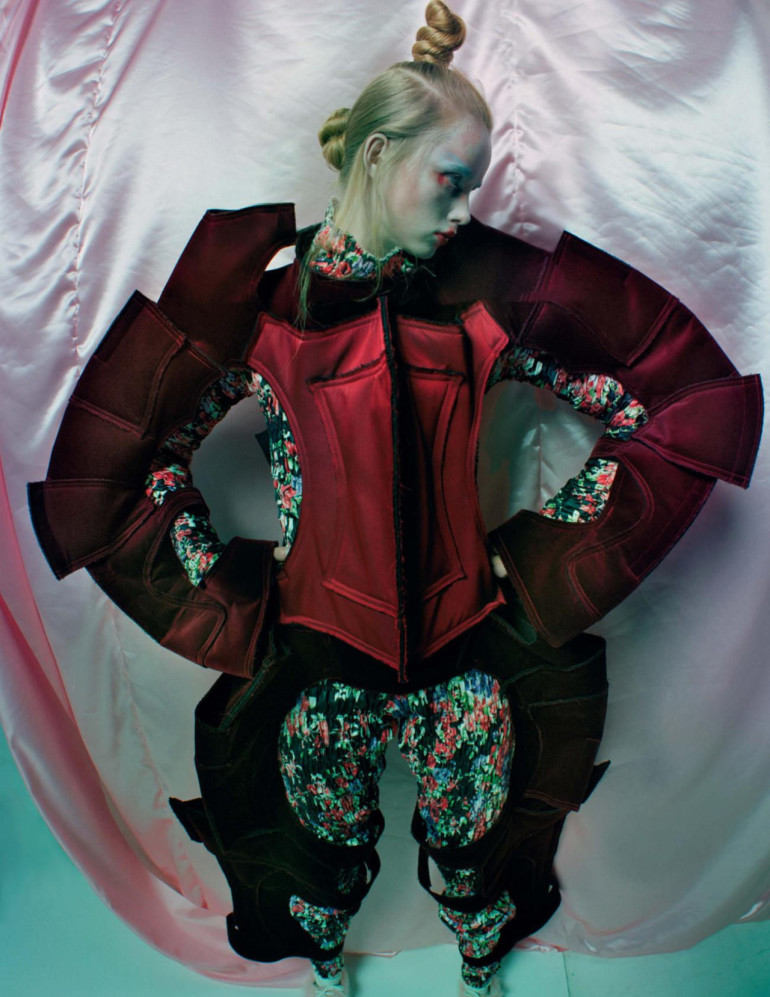 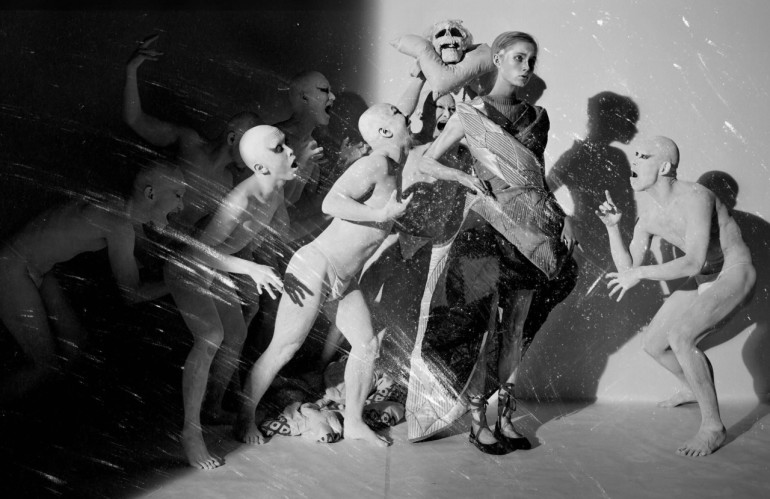 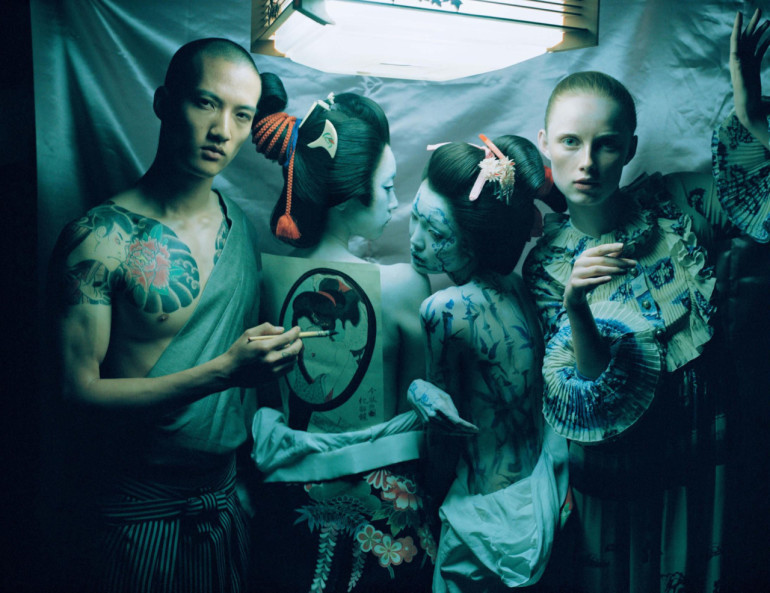 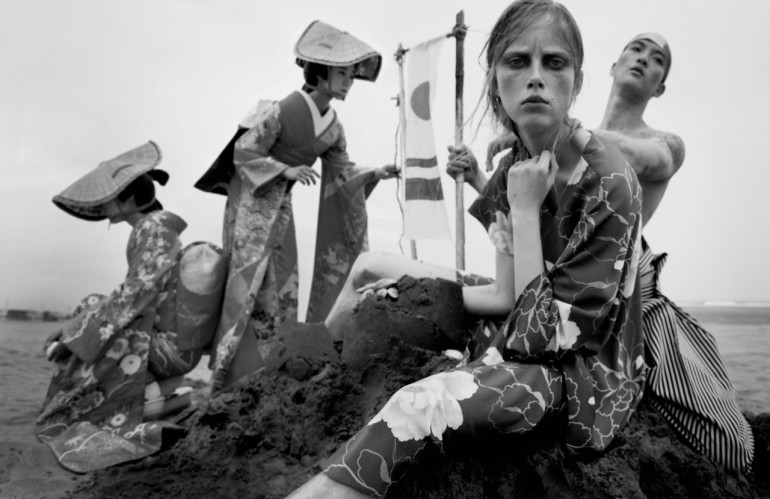 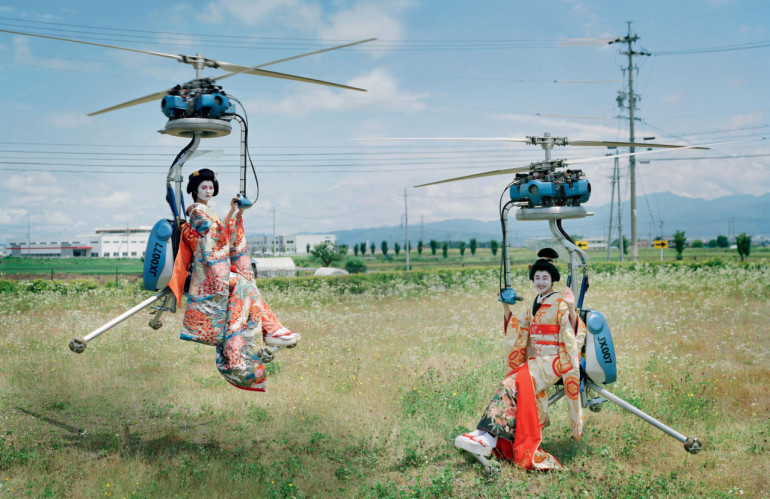 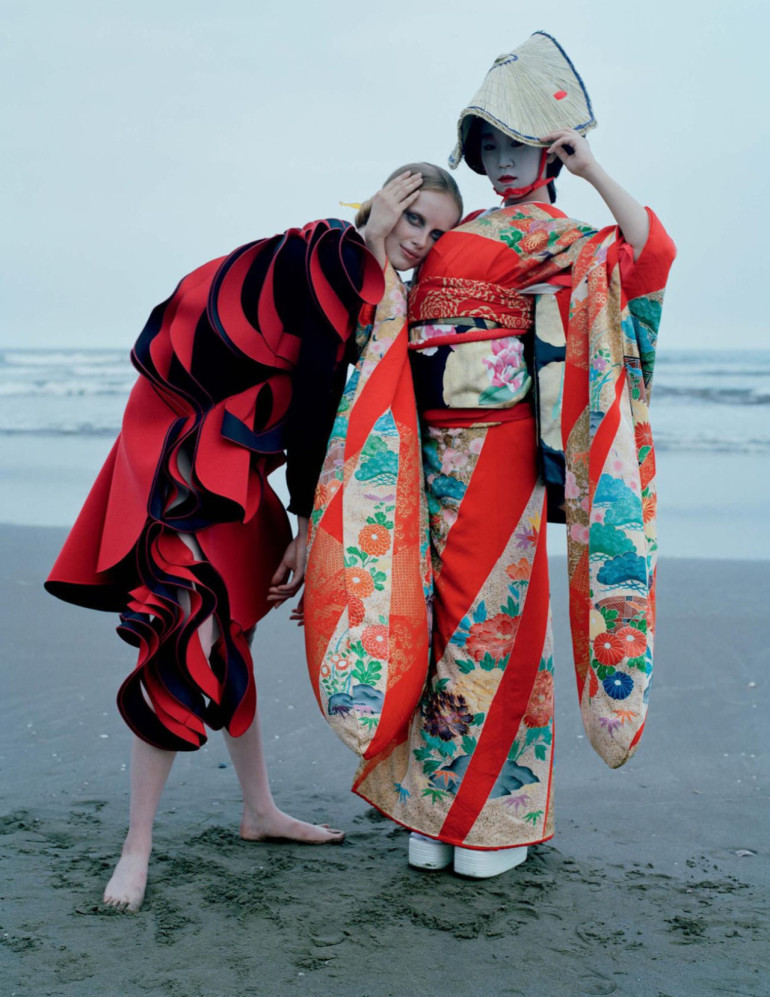 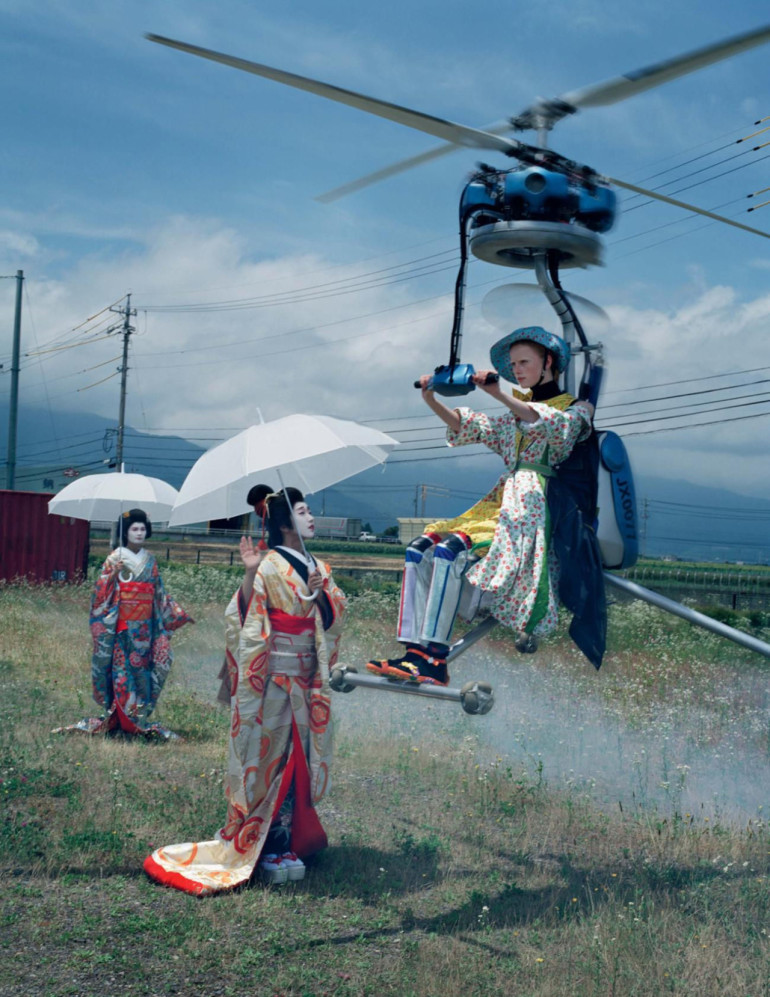 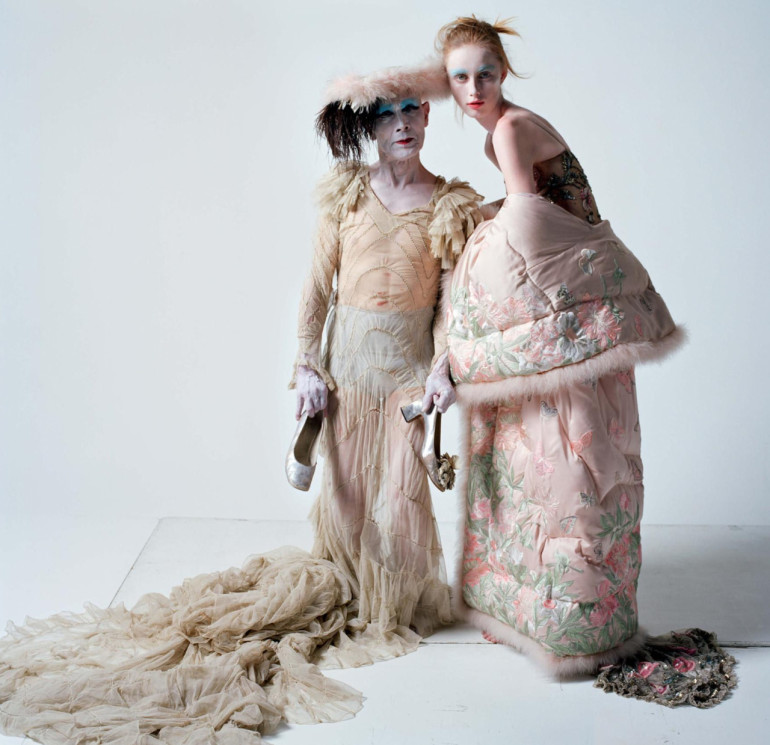 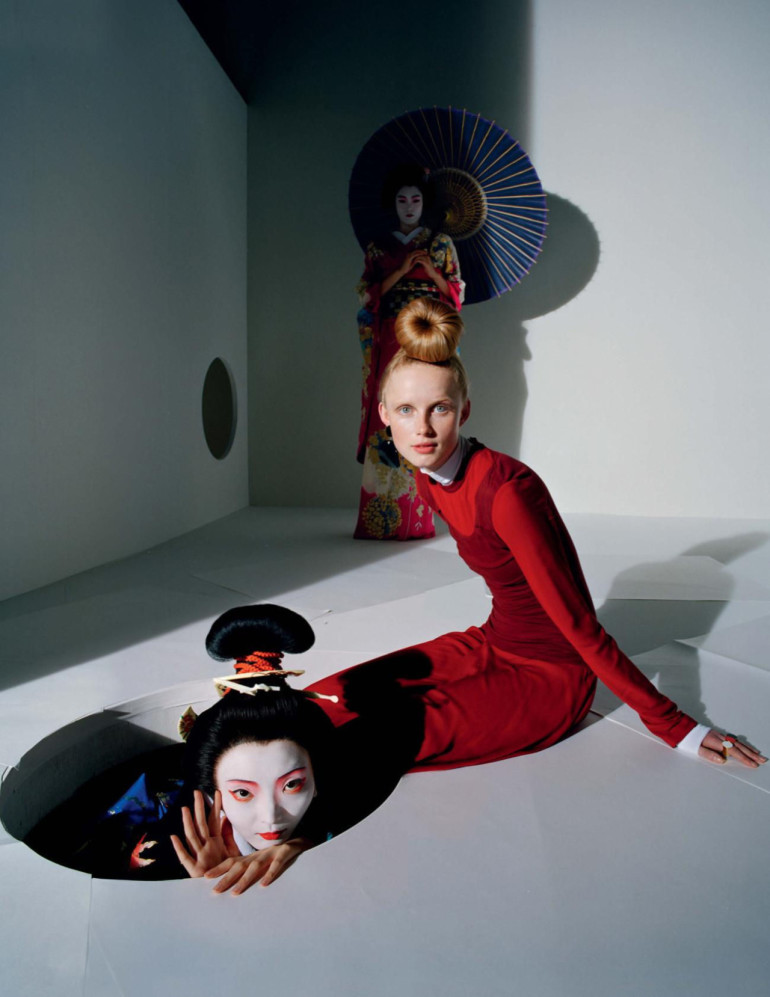 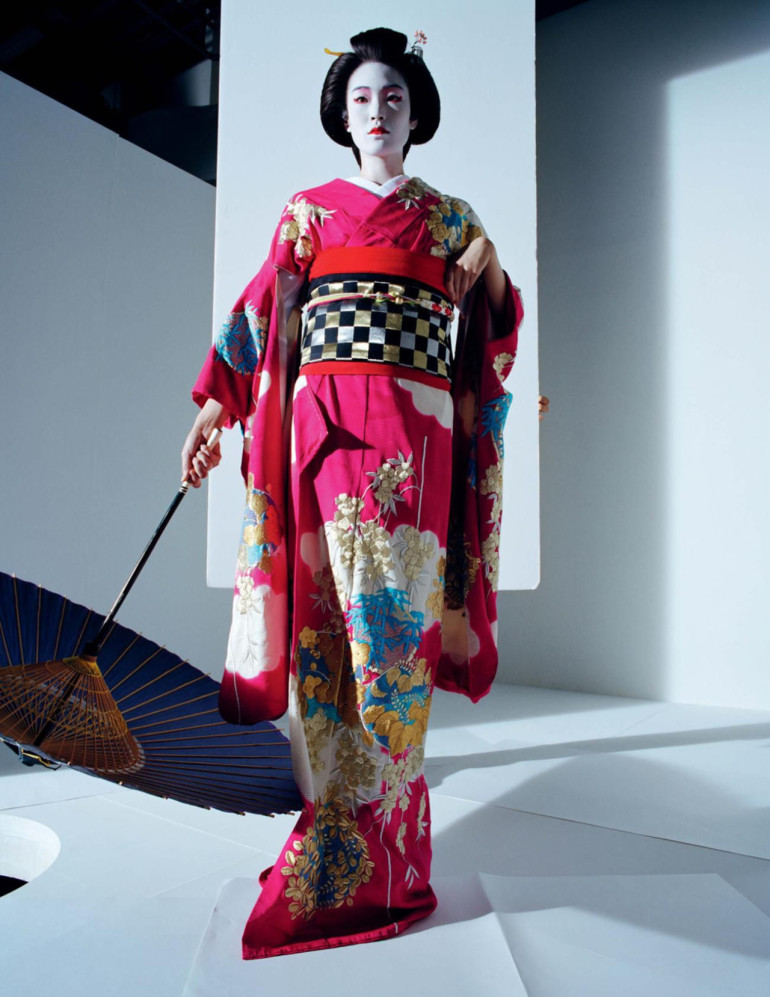 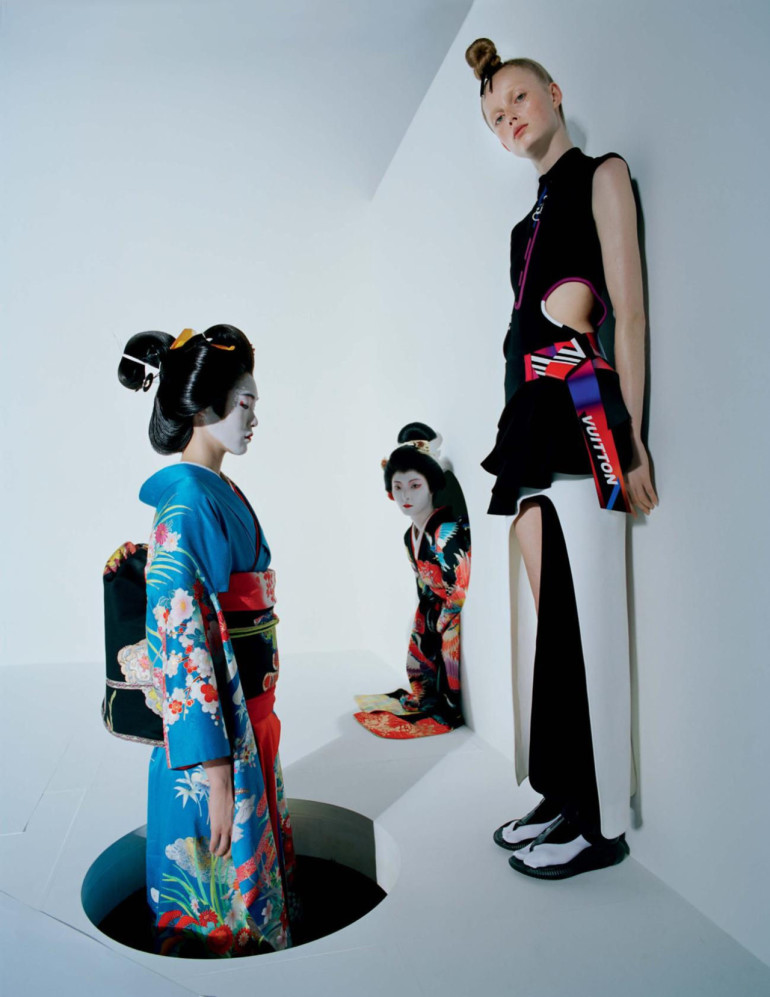 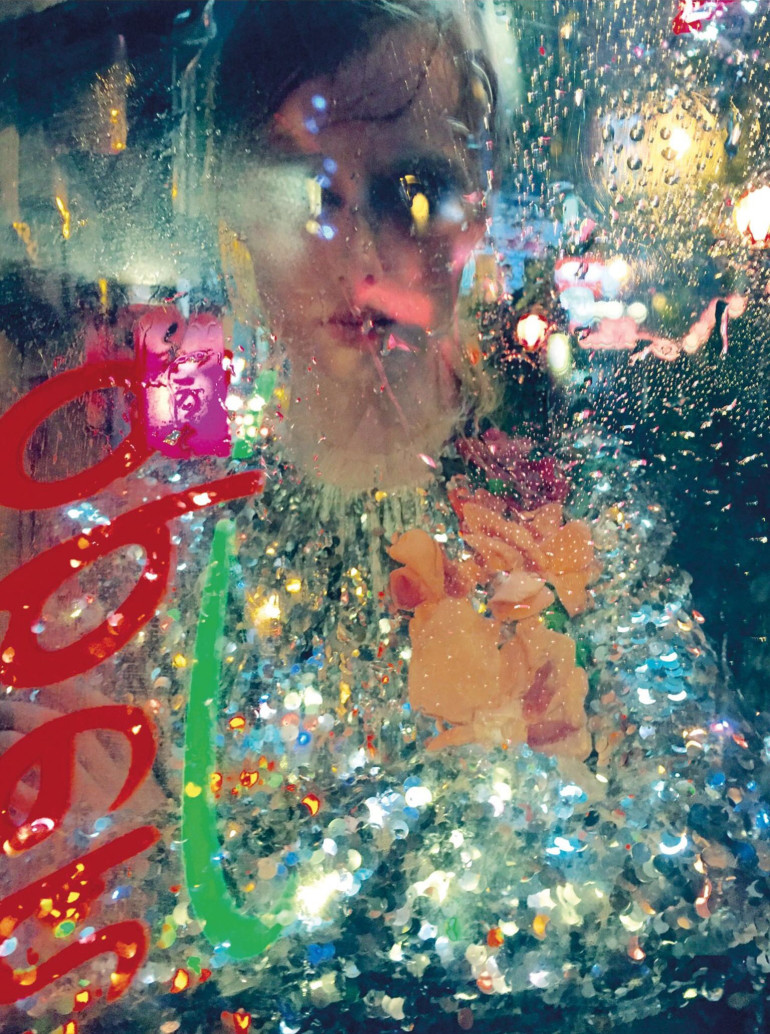 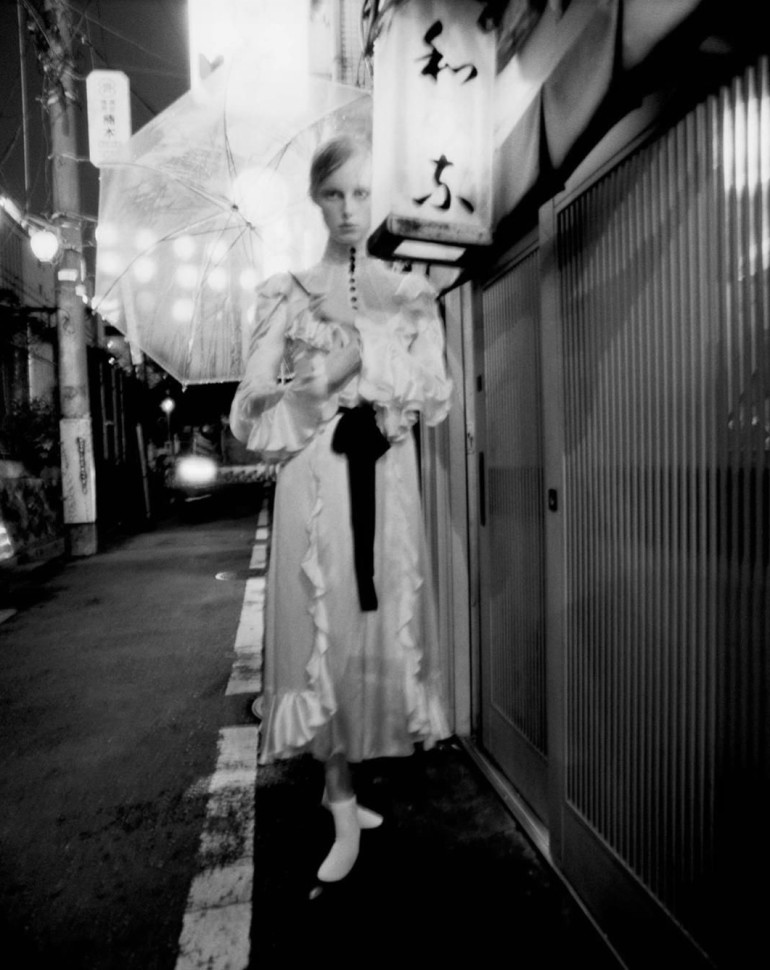 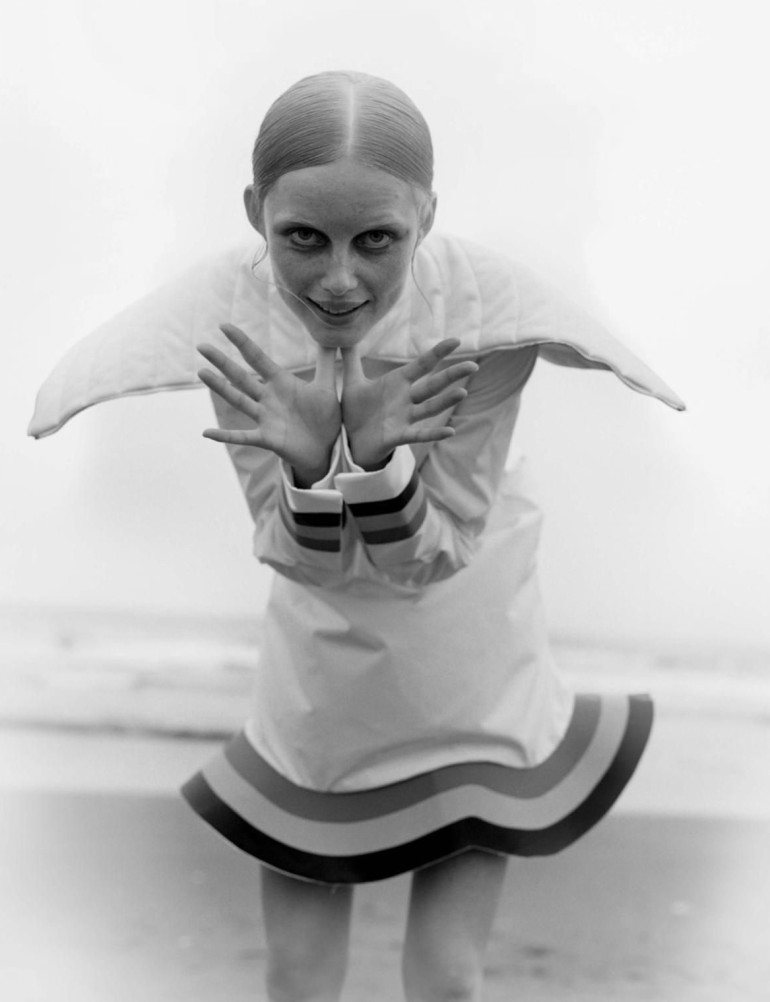 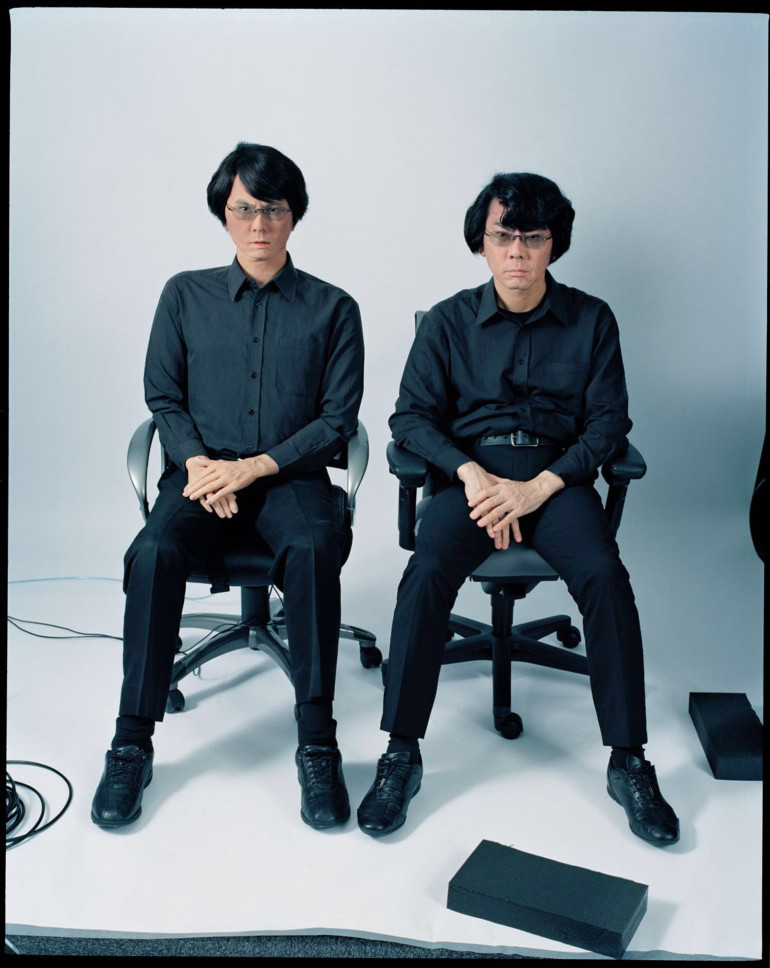 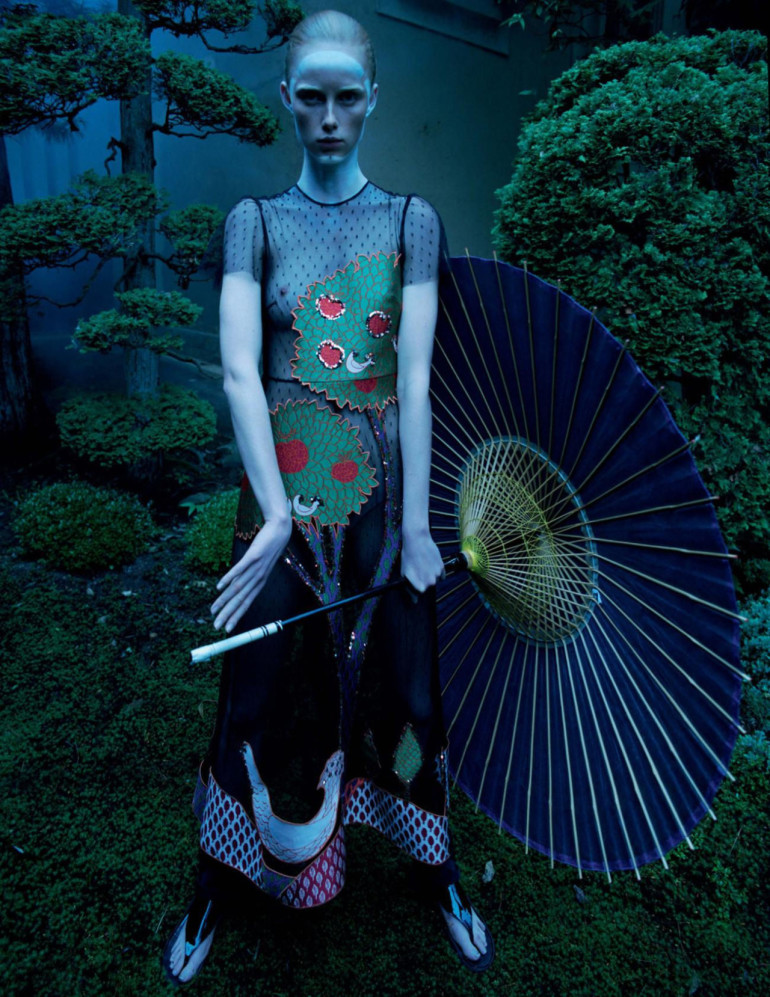 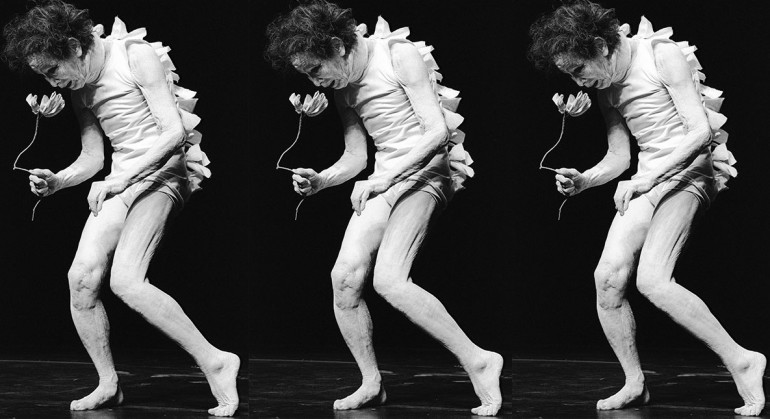