Edie Campbell in “Portrait of a Lady” by Alasdair McLellan for Vogue Paris, February 2017

Edie Campbell takes a compelling looks at the history of avant-garde fashion, in “Portrait of a Lady” by Alasdair McLellan for Vogue Paris, February 2017. The past and future collide as this story celebrates the creativity of couture. An ode to the art of sartorial craftsmanship. Haute History takes a stand while Edie embodies the eras gone by. A parable of historic relevance is postured in poetic form, as the power of prose lies in the ability to penetrate the soul. Aleksandra Woroniecka designs attire that isn’t merely draped over bodies, it is swept over the skin. Styles signify solemnity toward the surroundings. Visual poetry is portrayed in moving scenes, while an allegory of ecstasy is hidden in plain sight. This transcends simple style-matching, instead, taking us to a place where the mind can explore. That’s to say, truth is measured by a marker of hope. Fashion and art merge into one, as high designs are presented like museum quality pieces. Fabrics rise and fall in semi-unison, showing that they all come from a similar place. While they revel in independence, they allow their uniqueness to shine. Delicate chiffon sits across the chest in a sheer display, while a thin line of diaphanous gauze falls down the front. Giant ruffles scream a vintage dream, from a fringe dress and ruffled skirt to silken shorts and a crop top. Drama defines the day with a polka-dotted dress cinched with a belt made of praying hands.

Beauty is surrounded by a sea of rich character, as Thomas de Kluyver captures the essence of another era. Edie enjoys a life a luxury, as she plays a woman caught inside the tempered walls of her existence. Kluyver explores a new kind of eye exposing us to a linear explosion. Artistry and excess combine with makeup that feels more like a theatrical masque. Harking back to the cosmetics of the 20’s. Dark brows are drawn to indicate a sense of remembrance, with color that captures a vintage flair. And, while making that comparison gives a sense of symmetry, that’s where the similarity ends. Simplistic in nature yet complicated in conception. Liner drives around the eyes, creating a wing like effect, that never connects. Then continues across the middle lid, flying in fury out the sides of naked eyes. The modern illusion is that of free flying wings, with the symbolic significance that they never meet. Keeping in one with this masterful theme. Powder is caste over the skin, allowing the drama to take effect. Mystic black finishes out the story, giving the lips an avant-garde edge. Daringly elusive, this character dares to redefine the idea of excess. Going from a naked face to full on stage makeup ~ we are left to reimagine our own limitations. Her hair is left simple. Anthony Turner knows what he’s doing, by imposing a hint of restraint, he refrains from going too far. Allowing us to decide what is too much. Stately in significance… cathedral arches reach on high touching up to the auburn sky. Stacks of bricks capture the undeniable force of reckoning that accompanies such a statement. 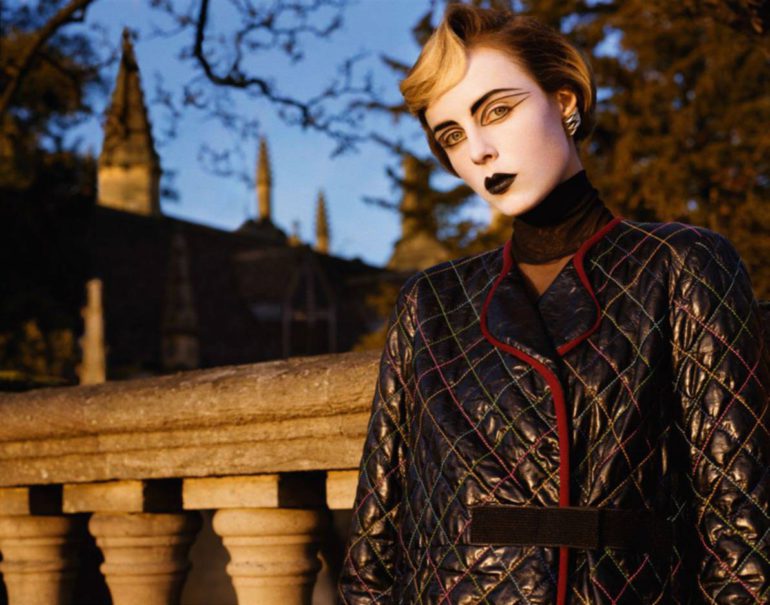 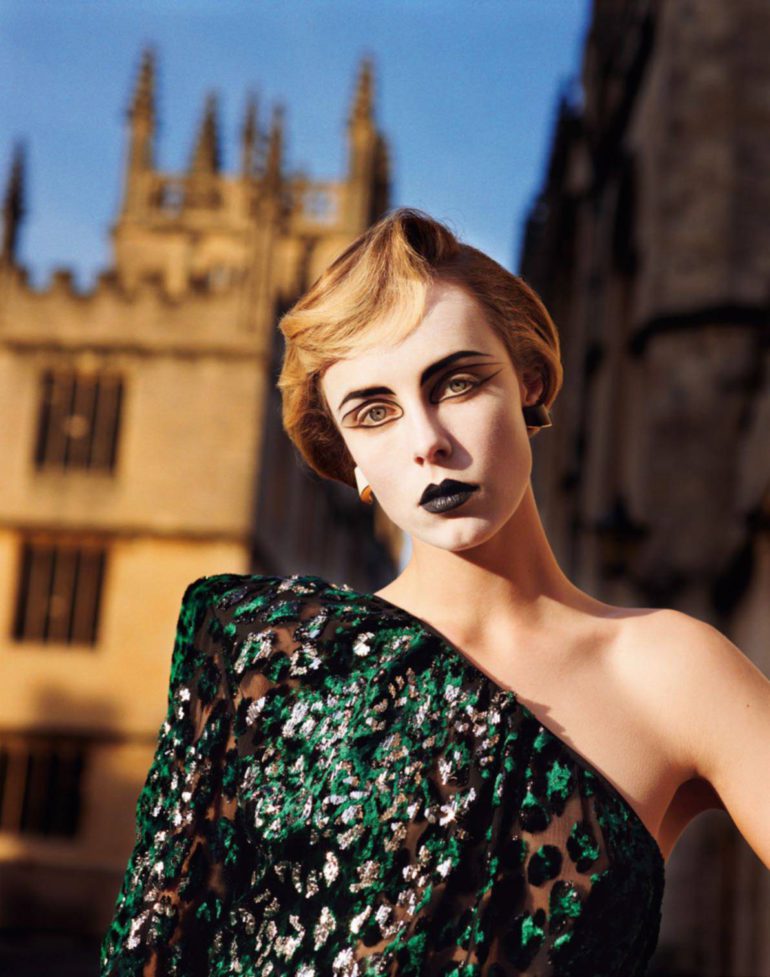 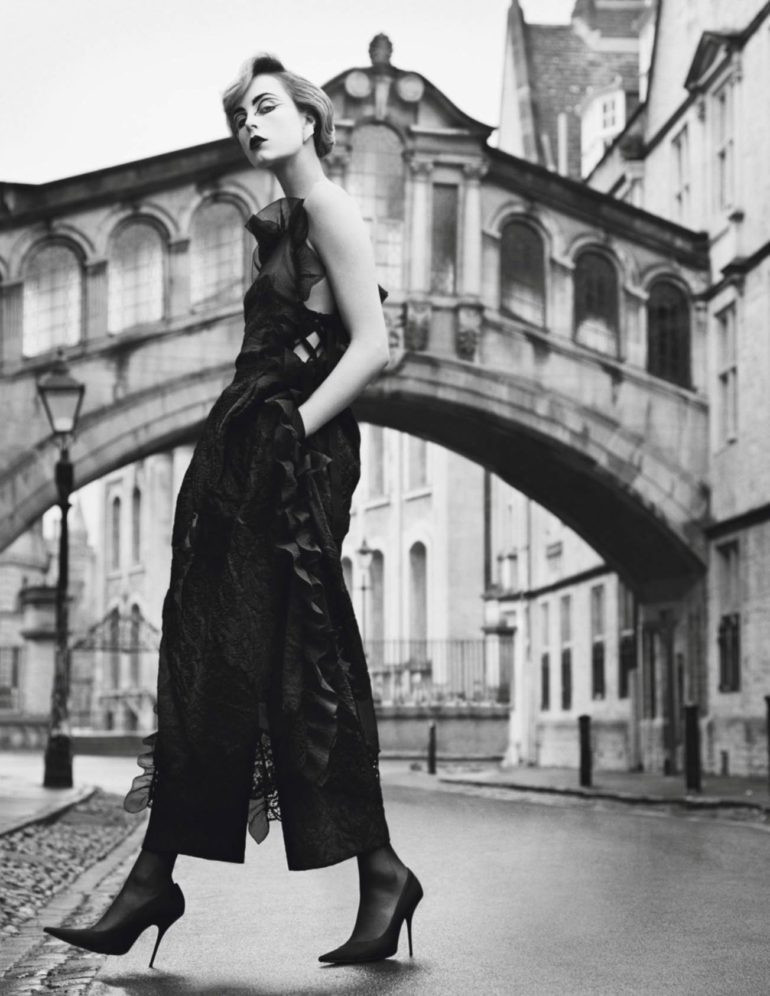 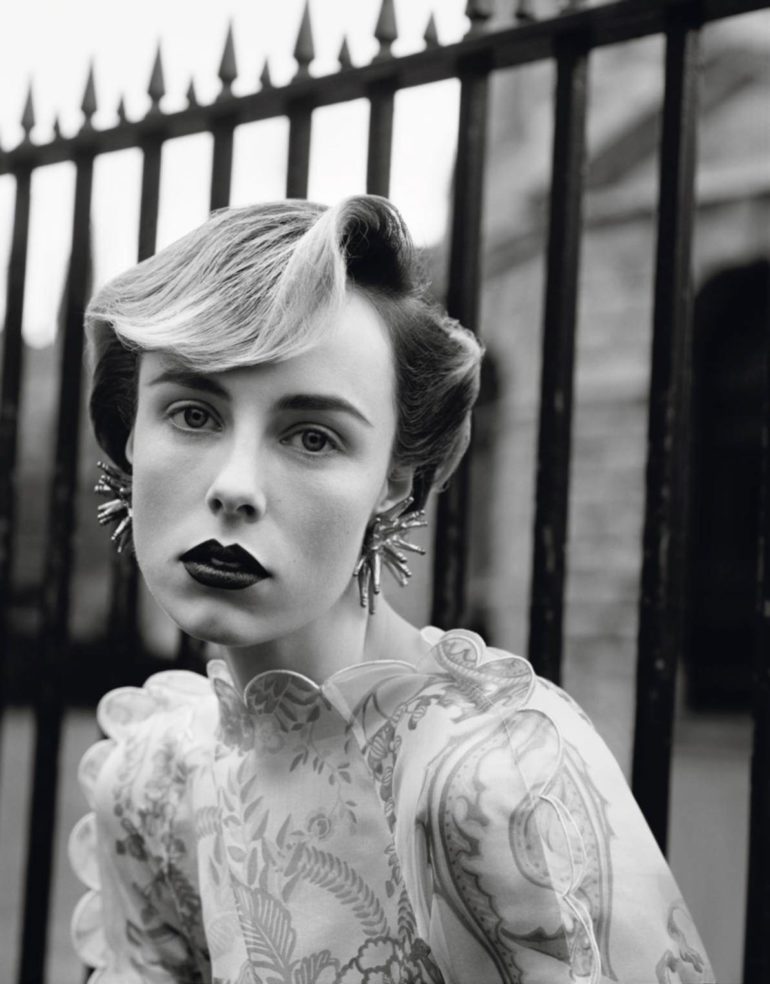 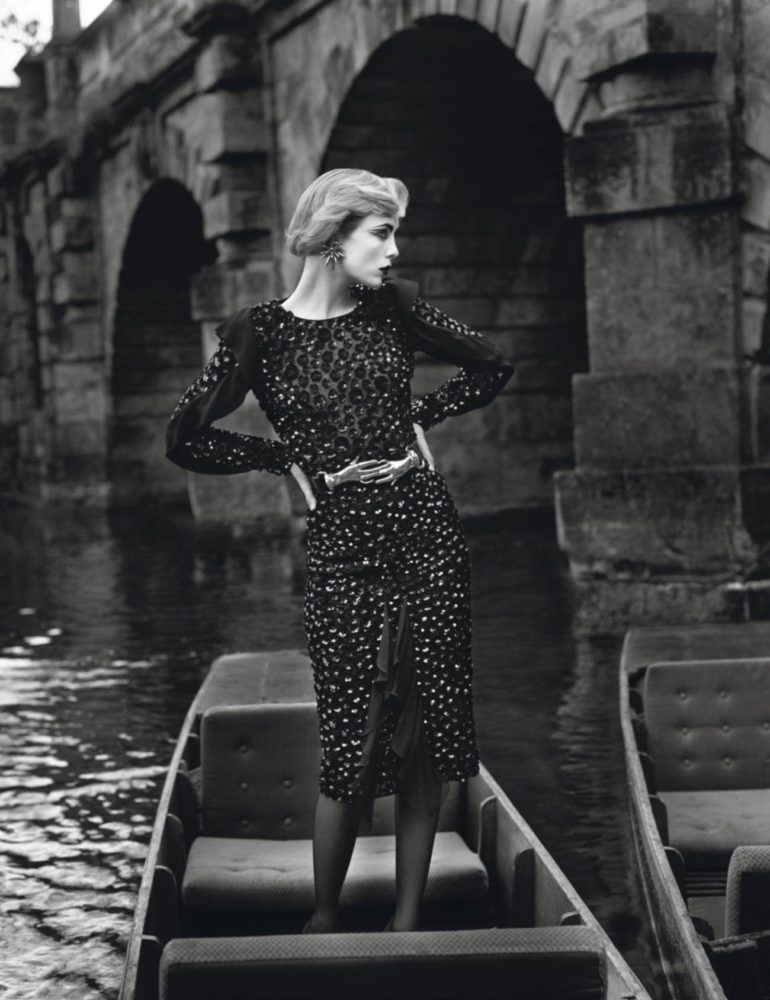 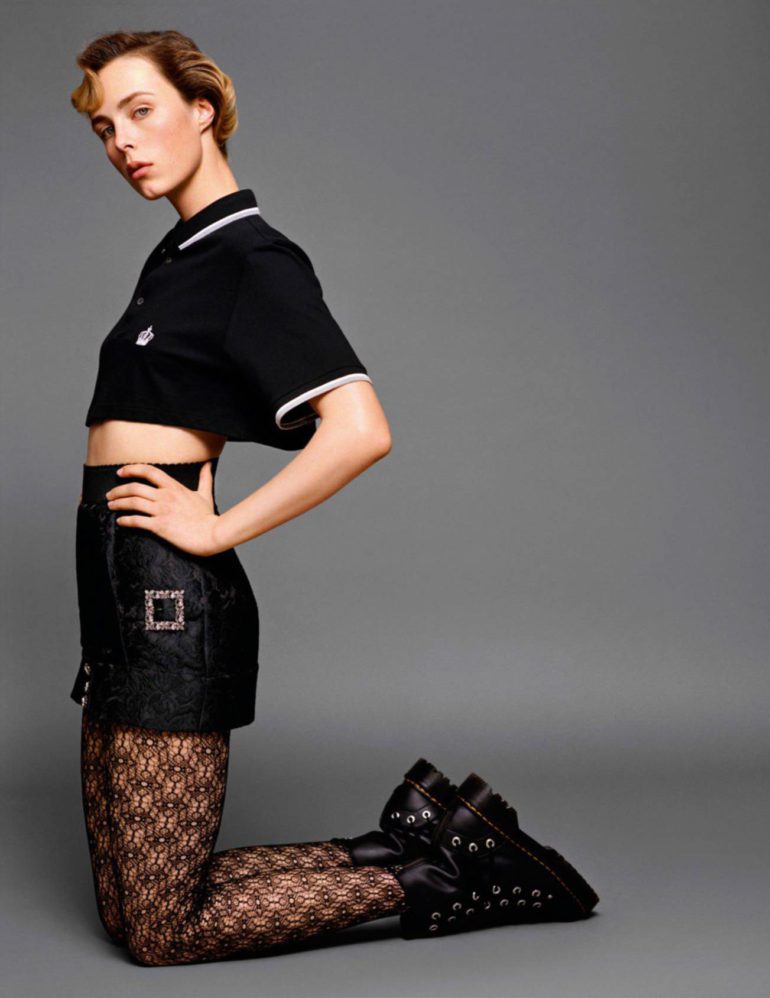 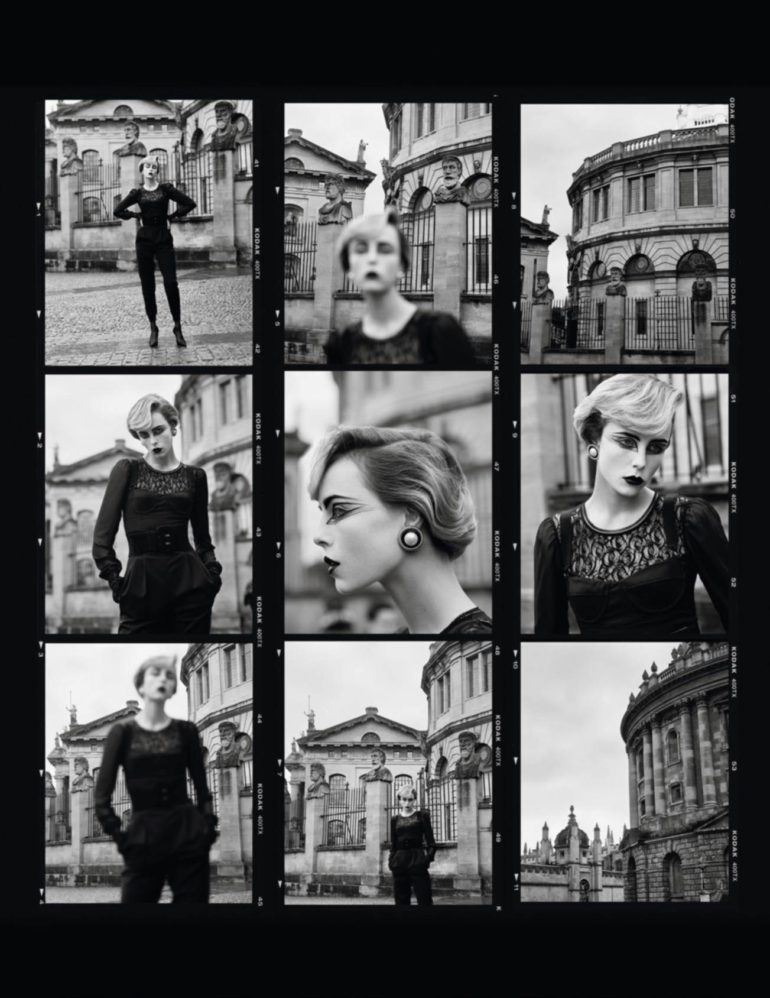 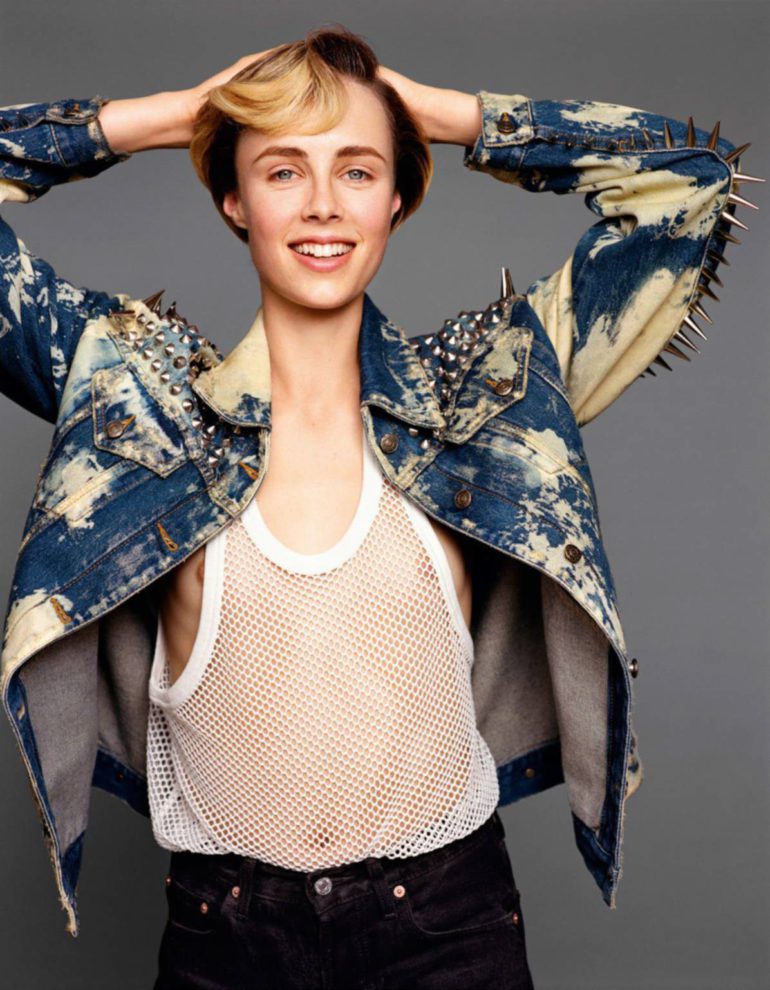 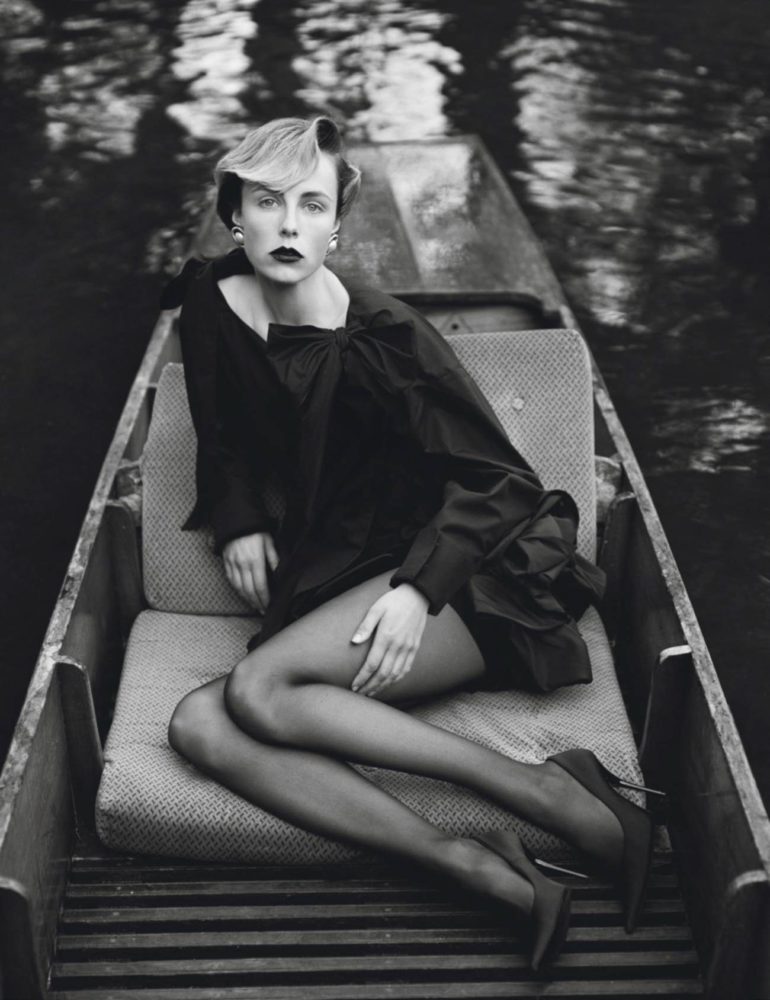 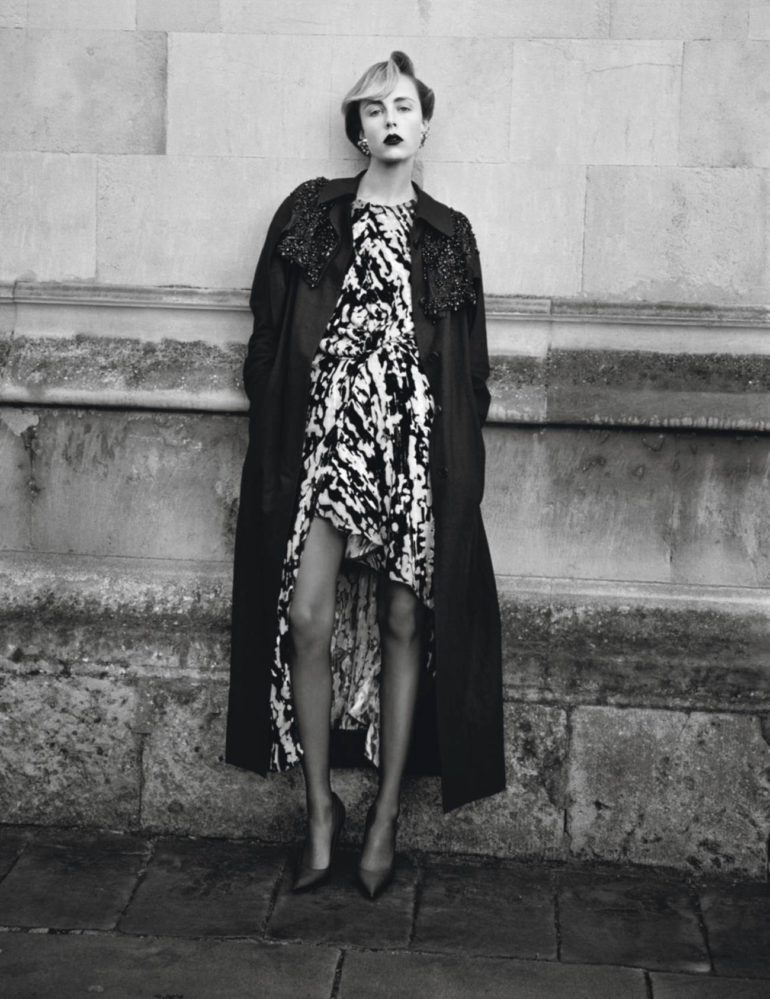 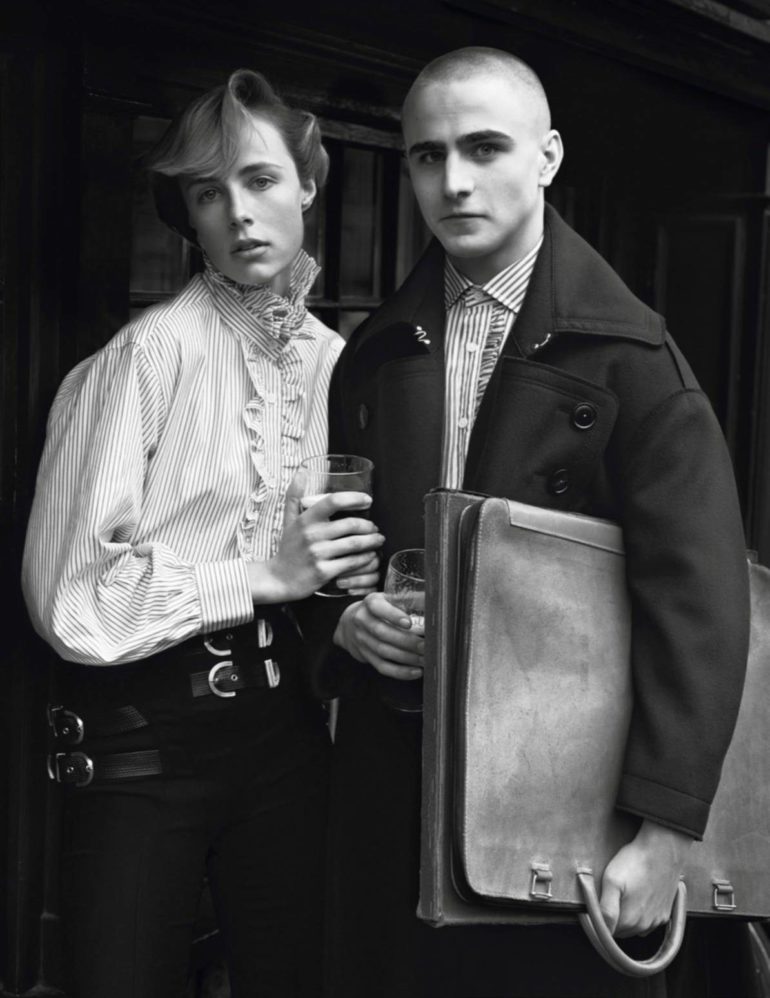 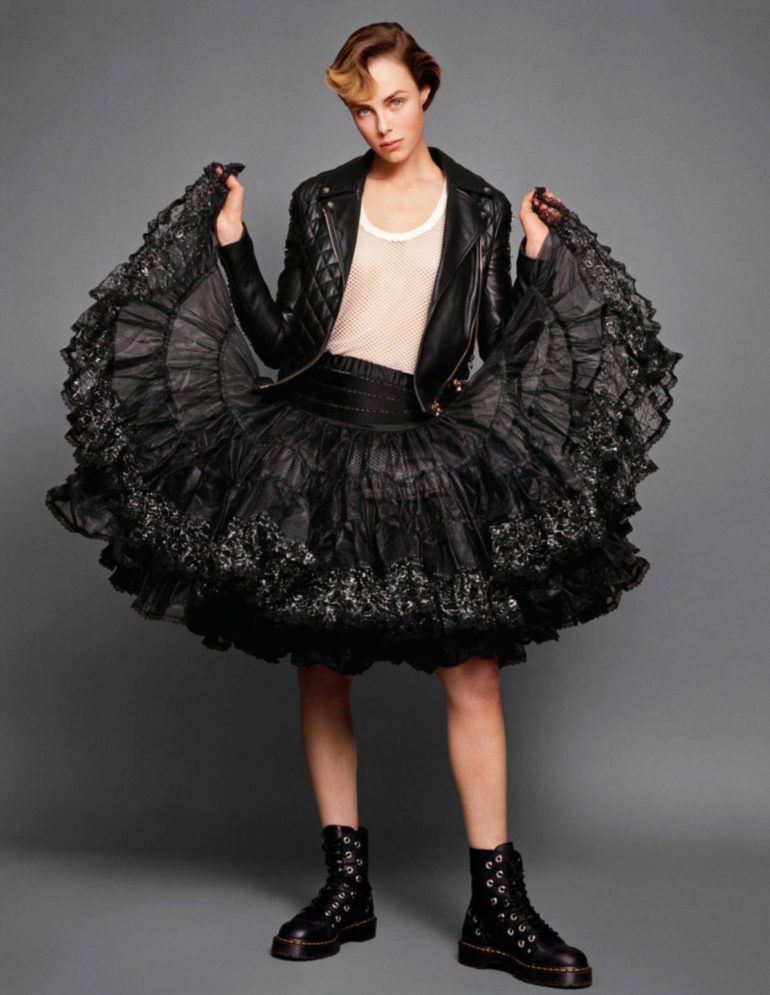 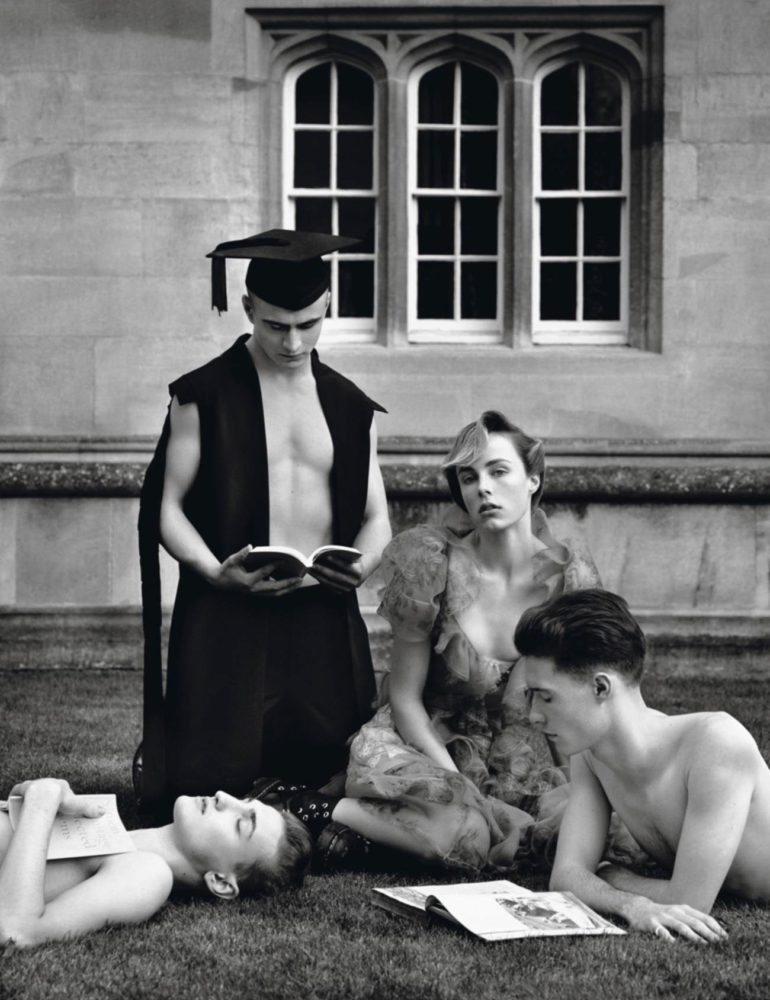 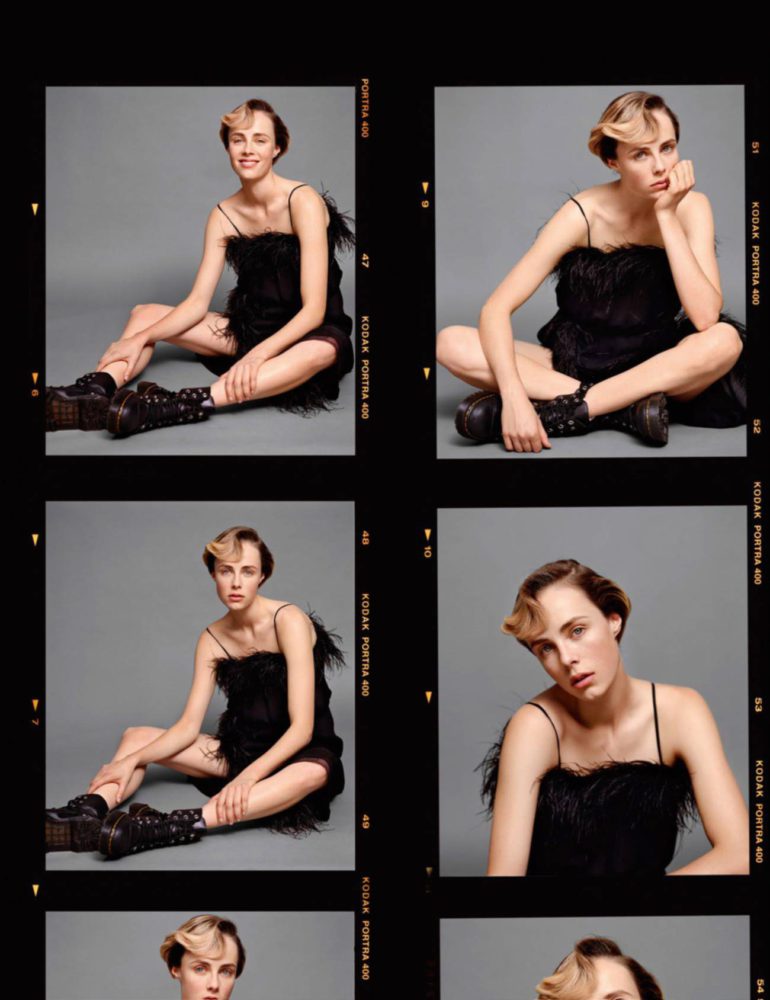 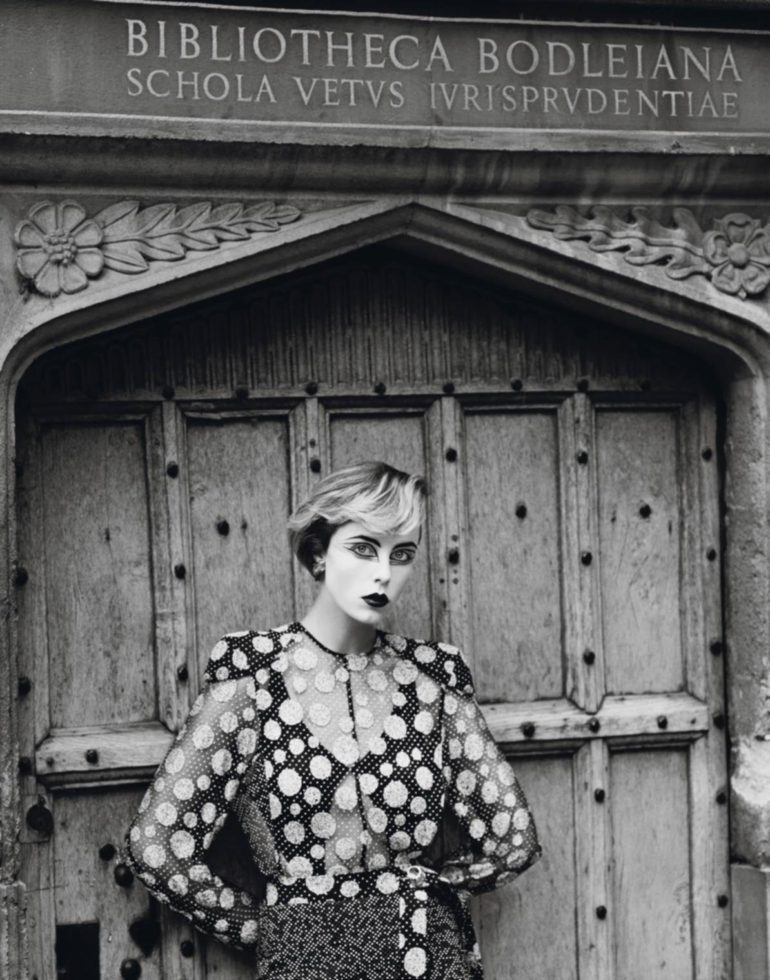 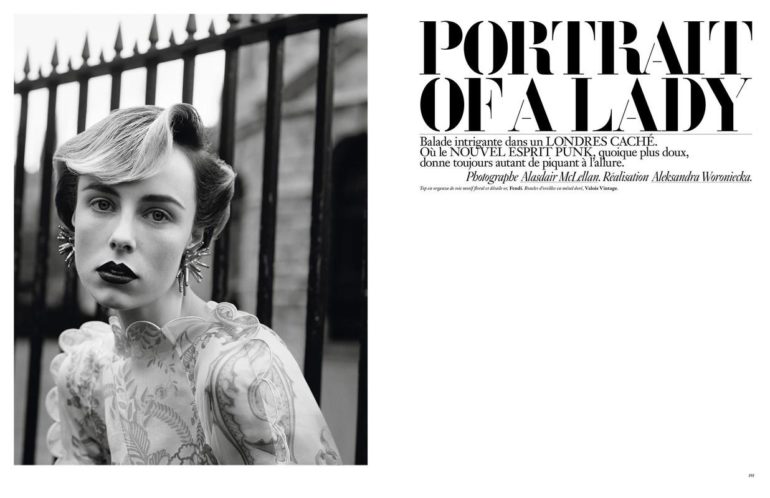