Estella Boersma & Jaden Smith bring the beauty of youth forward in “A Brave New World” by Bruce Weber for Vogue Italia, January 2017. Art unleashes the beast with imagery that captures the cinema of the eccentric. Gone are the days of clean and extreme as we welcome into view a dream inside a dream. Lost inside the languid lines of linear space, a Brave New World deigns to take shape. Hiding inside the recesses of the mind Paul Cavaco gives us a new concept on the craft of mining creativity. Weber comes forth with a male/female fusion, abolishing the idea of contrasting the sexes. Two worlds collide showing that high art is seen through the eyes of youthful exuberance. Cavaco proves that no one person needs to commit to one format. As the mental and physical prospects fuse together, in one of the most intoxicating shots of the story. Estella appears as if she’s fallen backwards, as her body bumps up against the free-standing mirrors. Dressed in decadence she’s donning an ethereal green see-thru chiffon, giving her a vintage twist. Backwards and forwards, the ability to see her body from both angles gives the picture power. Feet are sweet as Jaden takes a cue by giving good view, with a two toned shoe wardrobe that makes a strong statement. This story moves from the subtle styling of black and white to the charismatic colors of floral, dress design. High fashion is formed by exploring avant-garde excess, as we watch them evolve from au currant clubwear to vintage couture. Riding through the contours of haute history, creativity allows us to see a new way to be.

Saturated line shapes curve around the eyes as brows devour the senses. Distinction is gone as we find ourselves lost in this mystic play-land. True Art is an extension by which all creative endeavors begin. The process evolves around itself, landing in a place way beyond. That’s to say, it matters not where we end or begin, it matters the ground at which we cover. All else are merely stopping points of pleasure. Gucci Westman follows this honorable tradition, as she uses makeup to capture our focus. A time to peruse the beauty that becomes, this asks us to stop and stare at the skin that stands before us. Estella & Jaden vacillate between solitary sanctions and a swirl of seductive reasoning. She invites us to rise with the power of her ice-blue eyes, a visual mandate so compelling it can’t be denied. No mascara or shadow dare touch the surrounding area, instead it’s left in a natural state. Empowered by her passionate pout. Red casts the color forward, as sensuality strips lips of innocence leaving them bulbous with desire. Hair makes a compelling change, as Orlando Pita transforms Boersma’s entire look. Long, flowing locks are covered with a vintage black hat. Coiffure is covered with a silk cap that ties around the chin, resembling graphic bangs. You Gotta Raise to Praise – Weber extols the virtues of exploration through his use of layered composition. The past speaks ~ through the heart of history we can see the truth of today. 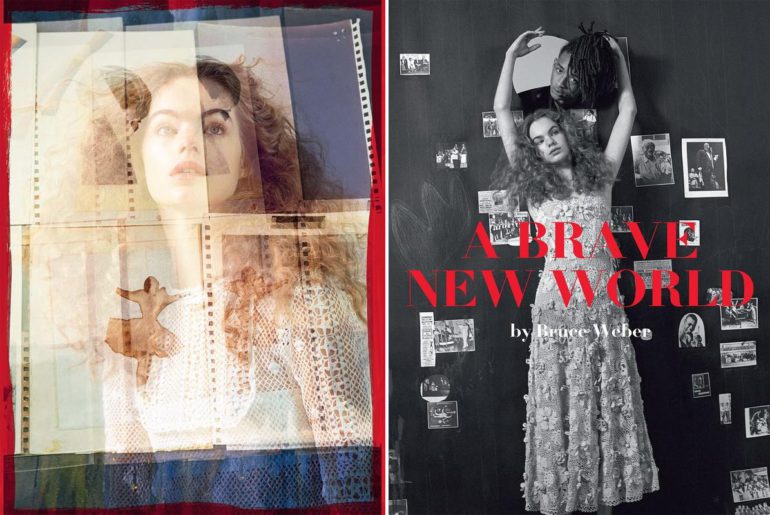 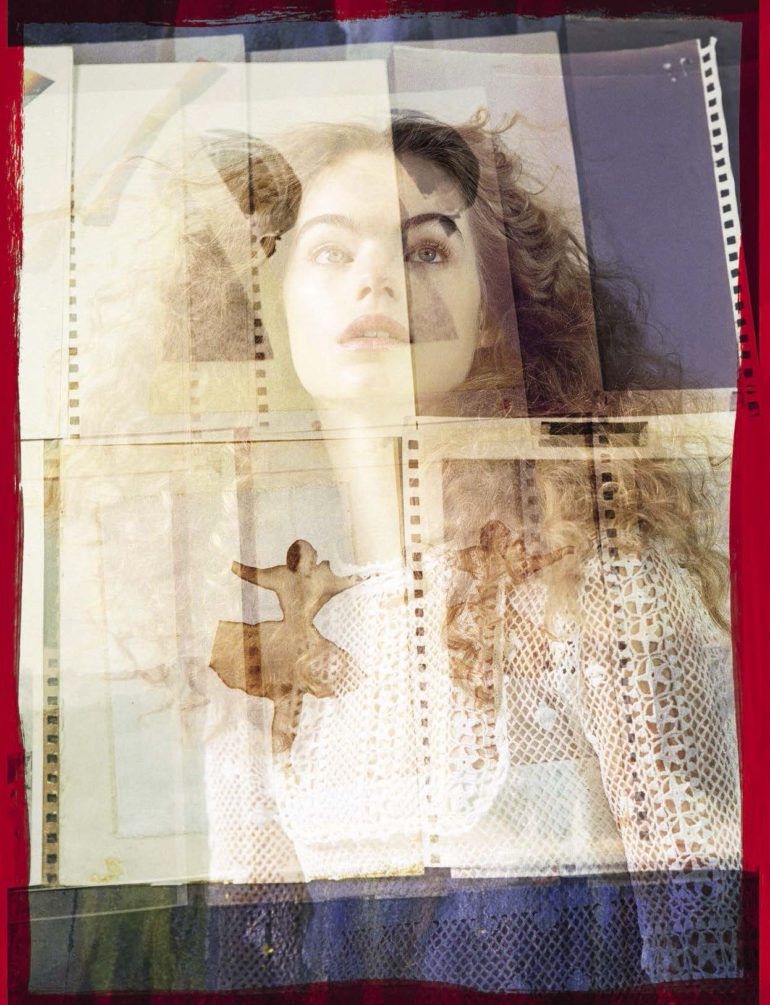 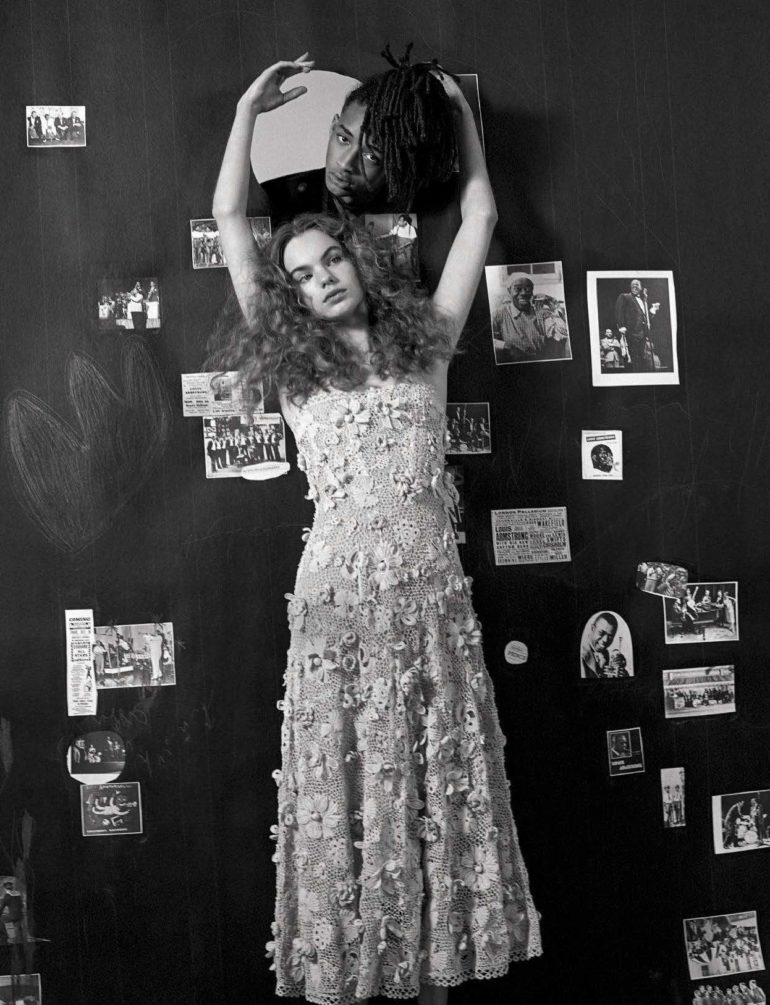 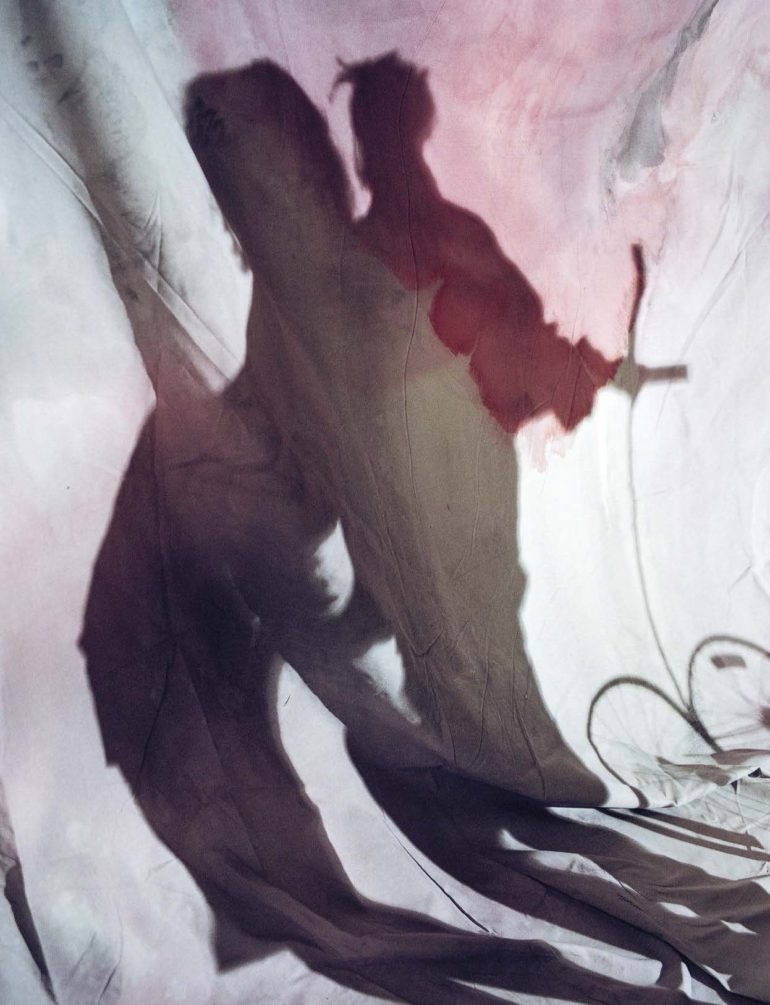 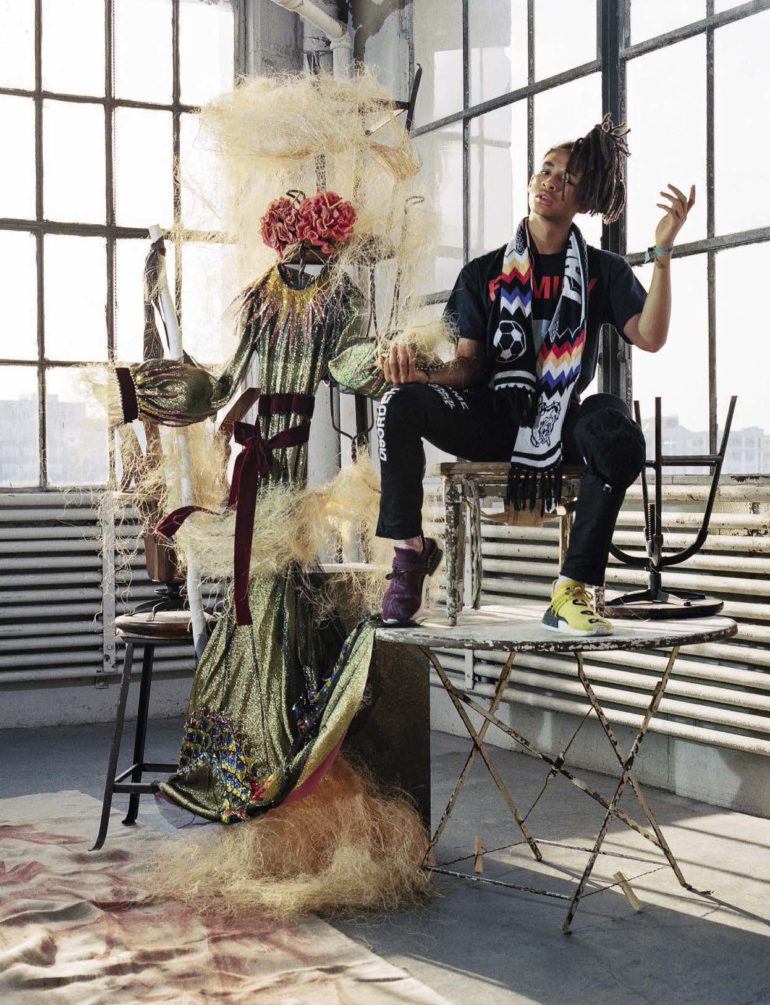 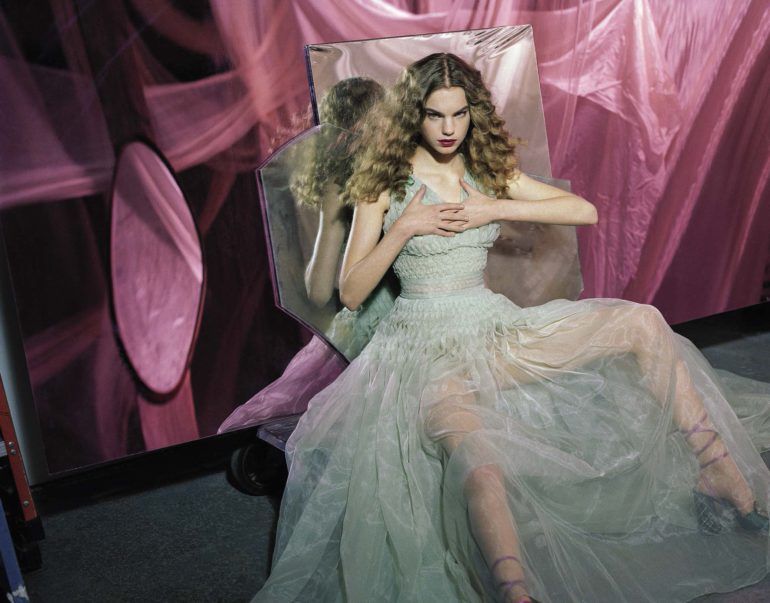 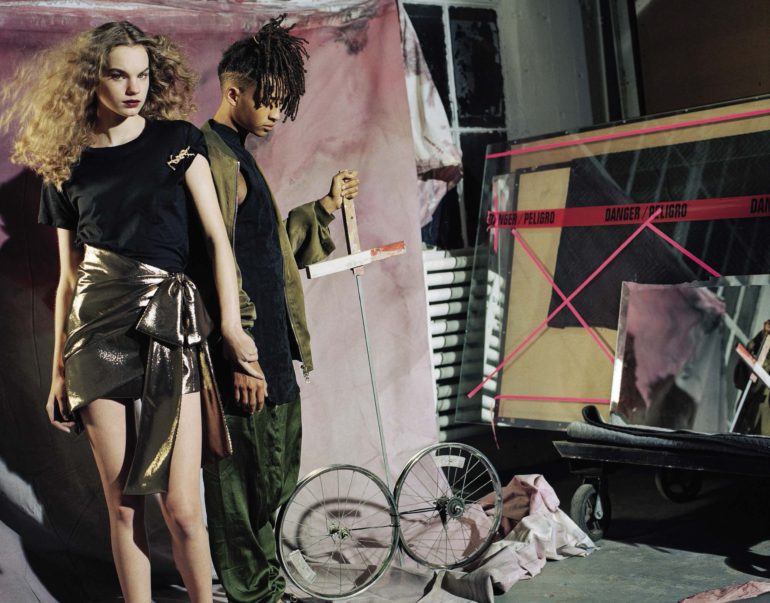 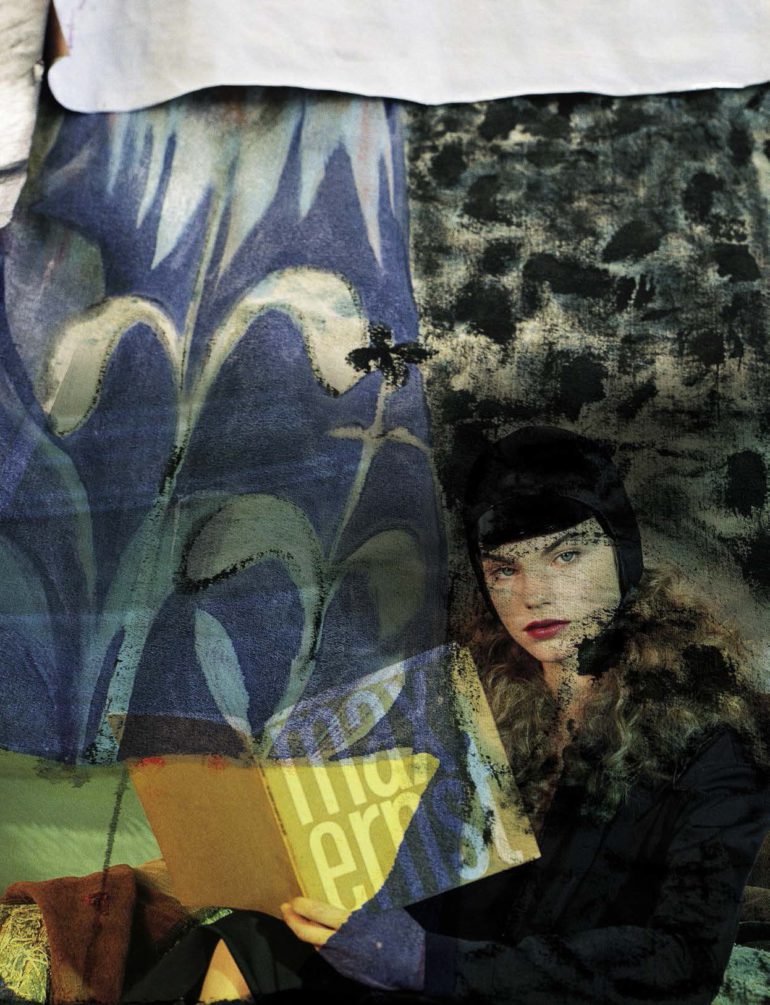 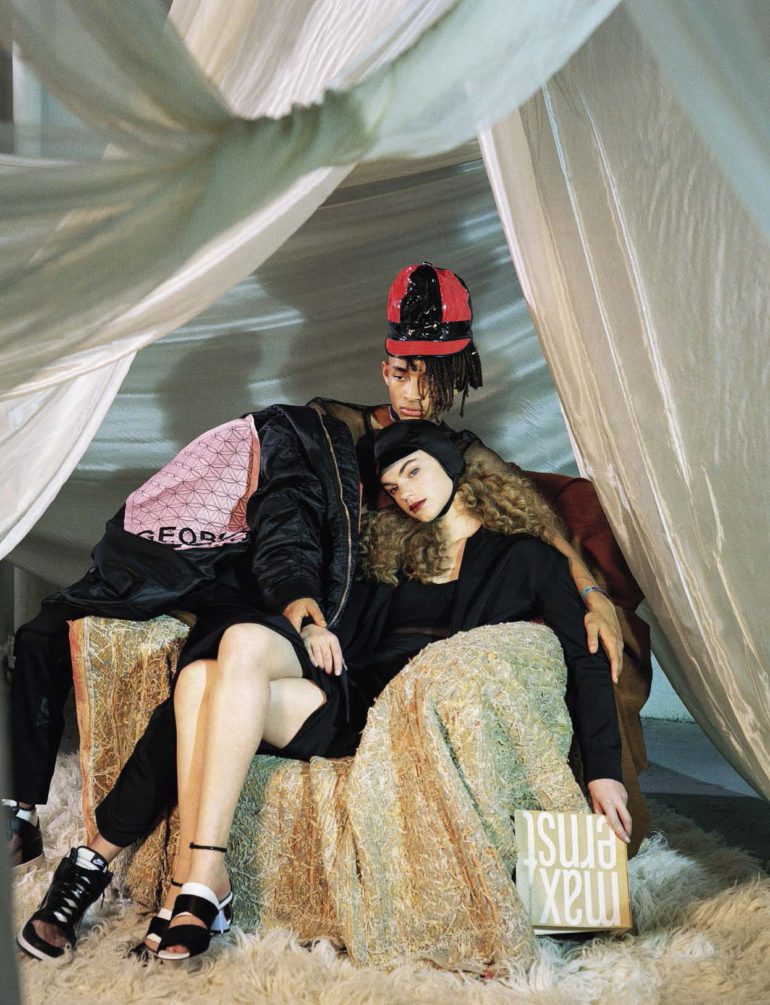 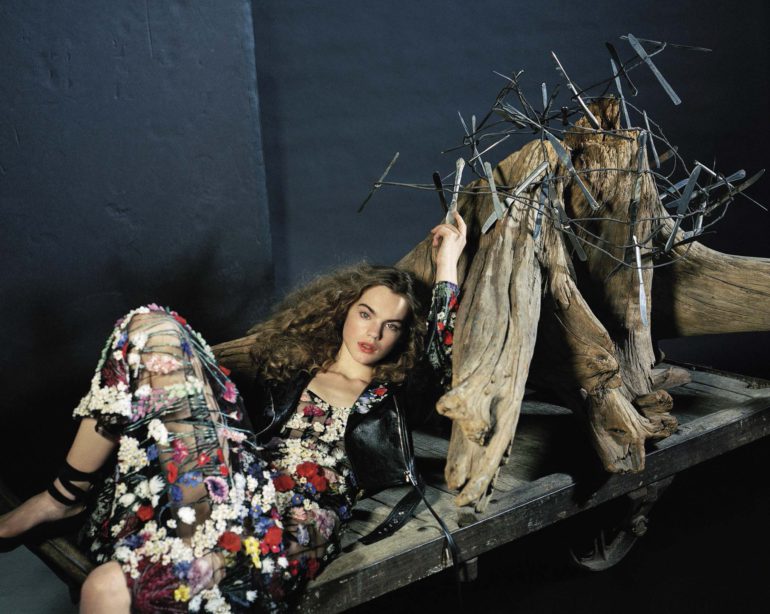 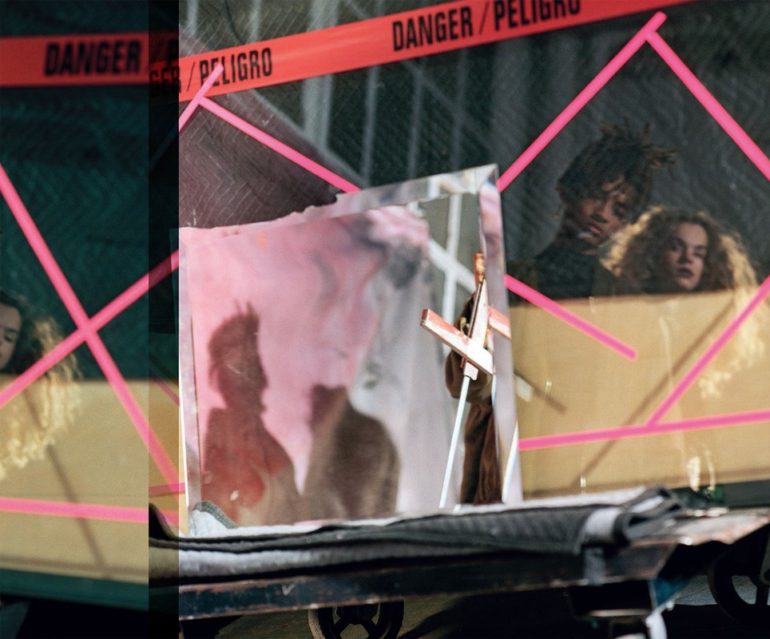 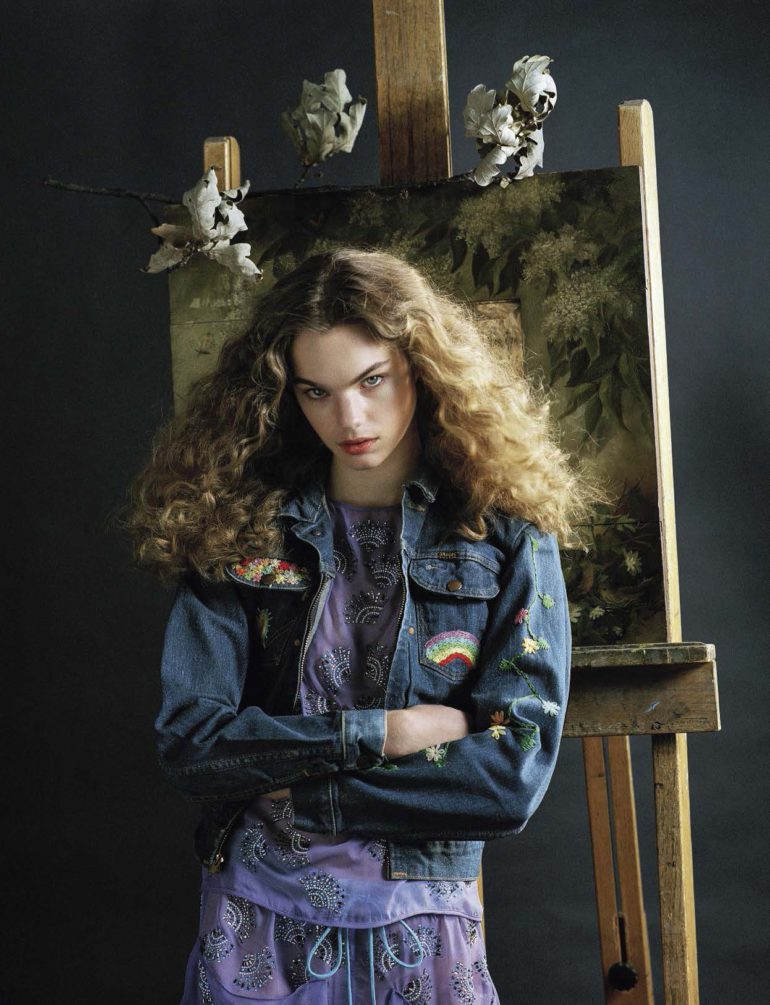 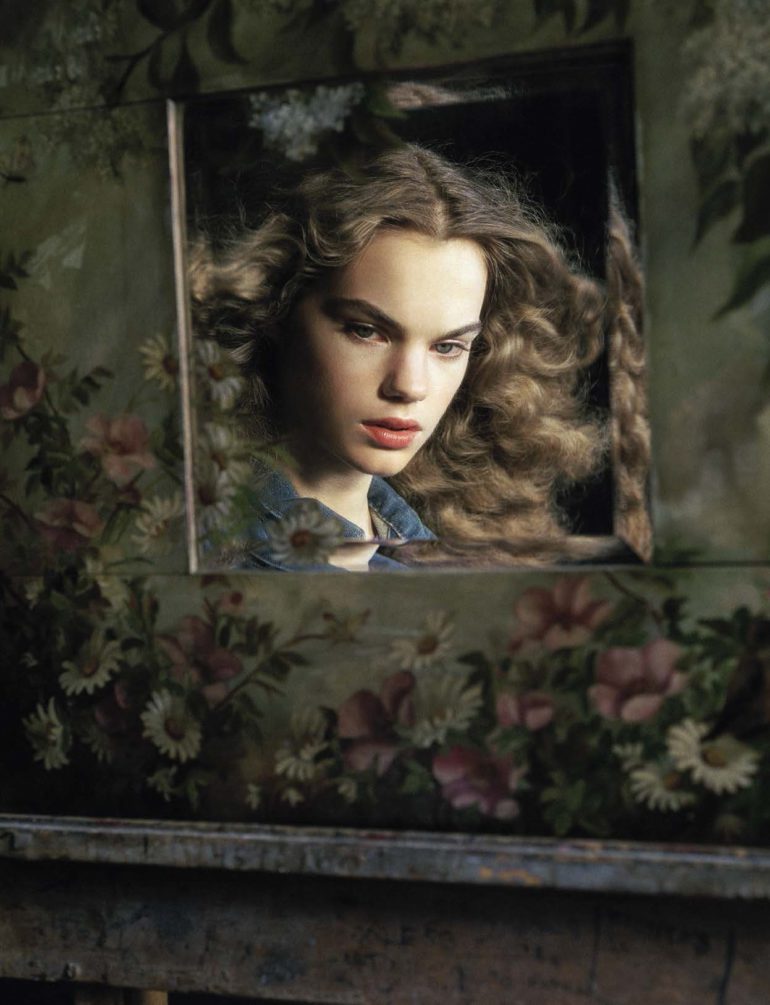 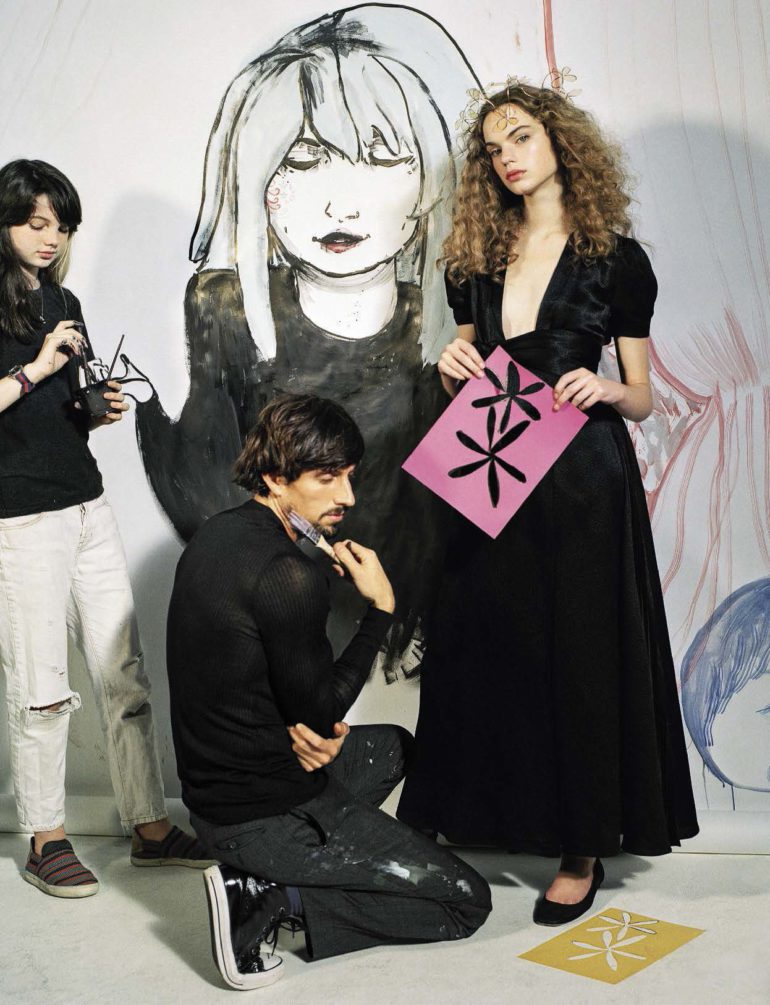 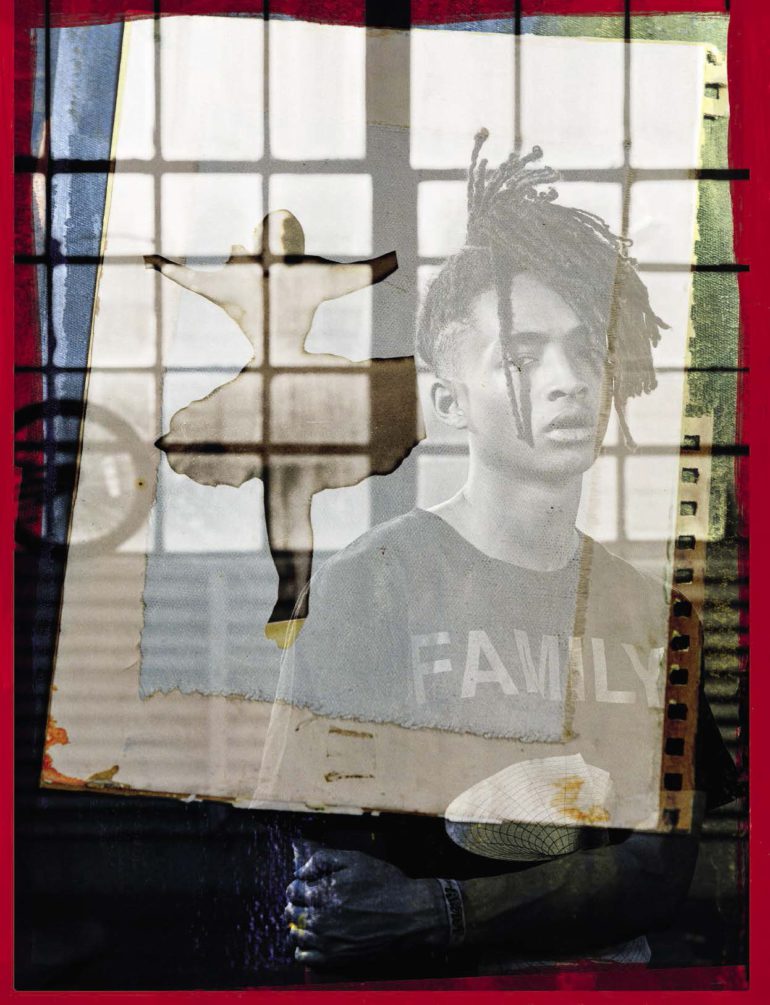 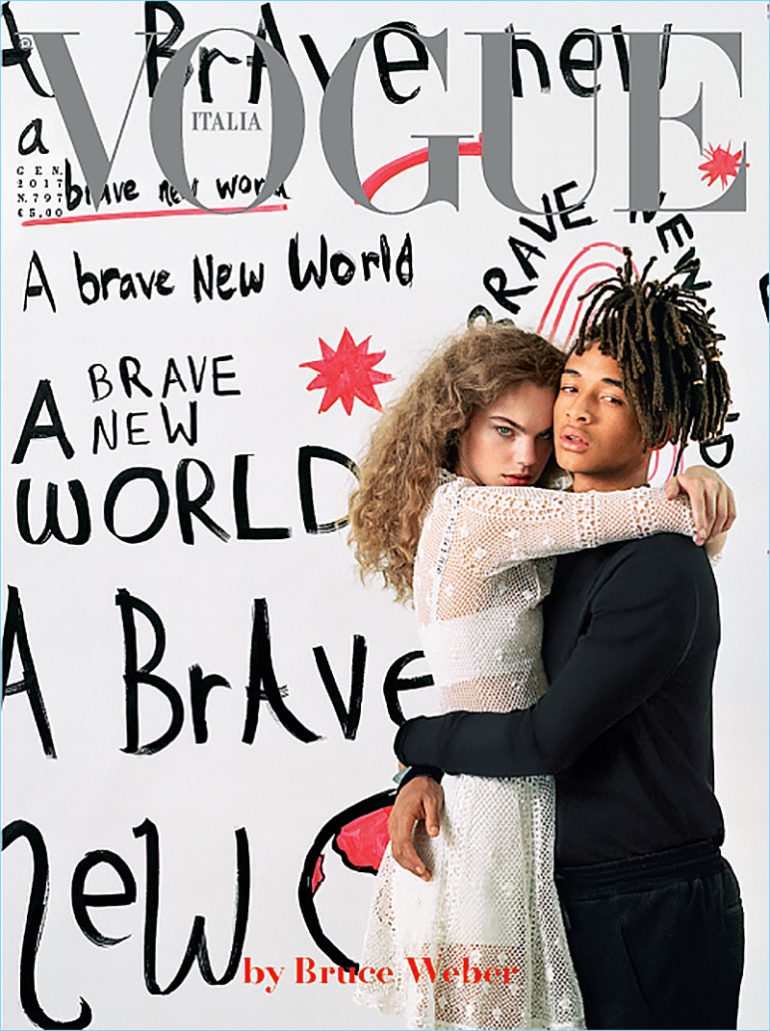 Aline Weber Evokes Elements of Nature 'The Other'