Sara Grace shines in “Birds” by Ben Toms for Vogue China, February 2017. Birds don’t just possess the power to fly rather they signify the triumph to try. “In general, birds symbolize the presence of a higher being with a connection to the sky.” Airborne creatures defy our ideas of what is possible, “by freeing themselves from the restraints of gravity.” As we look through these images our brains start to bend, believing that we are seeing the impossible. Art and the imagination fuse into a dream exploring an amalgamation of the extreme. Birds of a Feather Flock Together… these captivating creatures show us a snapshot of the spiritually significant. Never has there been a name so closely related to a story told. Sara dares to take flight ~ gracefully falling through the mind’s eye. Art uncovers a portal of potential, where all things go to gather their momentum.

Ornamental feathers are connected to each outfit, while gorgeous plumes are worn like haute couture of the bird world. Robbie Spencer gathers fashions that feel like layers of feathers covering the body. Wings are ready to soar through the sky, as feathered fabrics form a dramatic plumage. Mirrored images make them appear just alike as styles gives the illusion of uniformity. Ornithology erupts – with the branch of Zoology that concerns the study of birds, as early avian life depicts the history of winged creatures. Once you’ve perused this story you’ll find yourself lost in the conceptual zone. Designs transform, from subtle lines of black and white to the multi-colored craft of couture. Familial bonding becomes apparent, as we begin to see bird blending as part of the poetry. Hand crafted combinations are captured in haute harmony, as the many varieties are unleashed the bird (wo)man beast.

Up close and personal, we get a bird’s-eye view of her compelling beauty. Sara becomes one with each distinct bird, as her long, thin neck is only outreached by her lovely limbs. Artful impulse tells us to rise as we watch them but conform before our eyes. Modern cosmetics mimic their exquisite lines, as Gemma Smith-Edhouse captures the winged spirit of these feathered fowl. Subtle hands perfect naked makeup, with faces that play up the placement of freckles. Wearing no lashes or brows makes a strong statement, leaving clean skin to tell the story. Her mouth appears full and round, leaving soft, luscious lips meant to kiss. Each freckled spot owns that section of featured architecture, running from the tip of her forehead to the tweak of her cheek.

Mari Ohashi has her long hair flowing straight down, as to not interfere with the majesty of the quills. Sara does her name justice, as she stands in poetic Grace with an owl perched on her leather glove. This signifies a universal connection, whereby we don’t see ourselves as superior to any other earthly creature. To mimic is one thing, to appear as if you’ve morphed is something all together spectacular. We watch in awe, as we’re reminded that airborne creatures defy our ideas of what is possible. 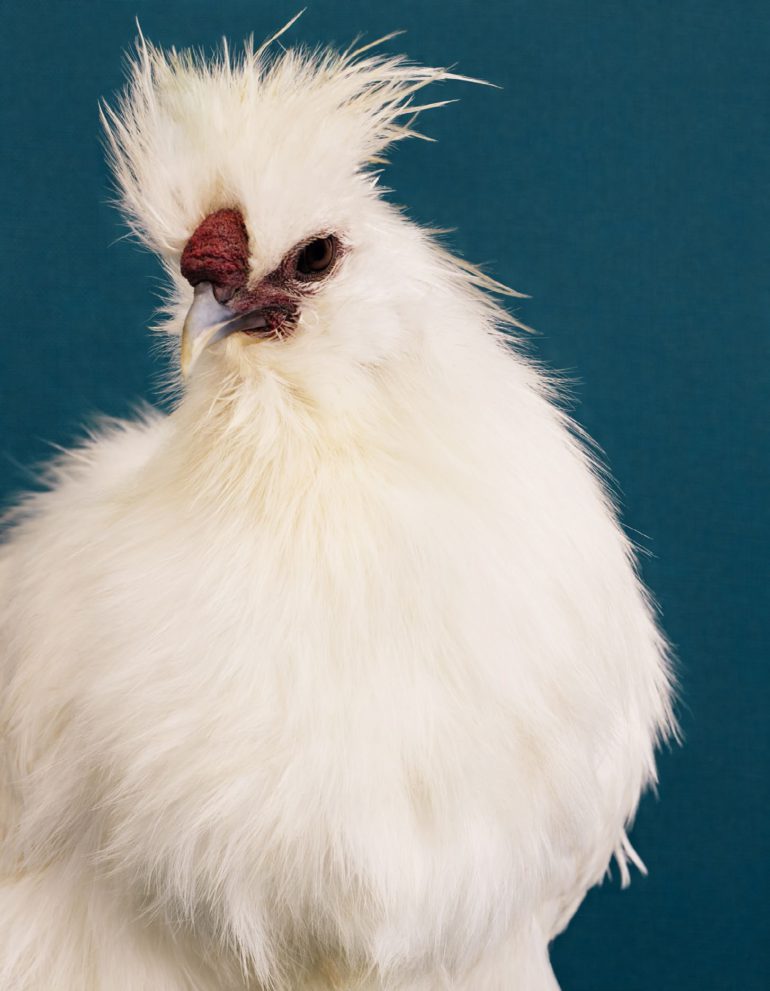 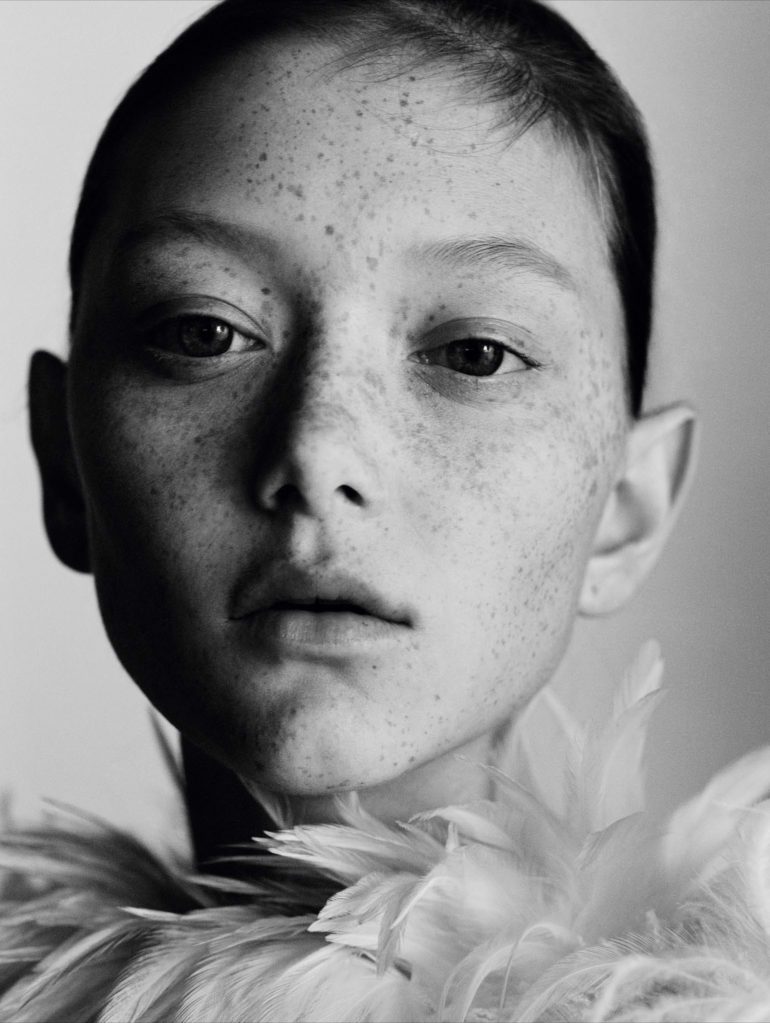 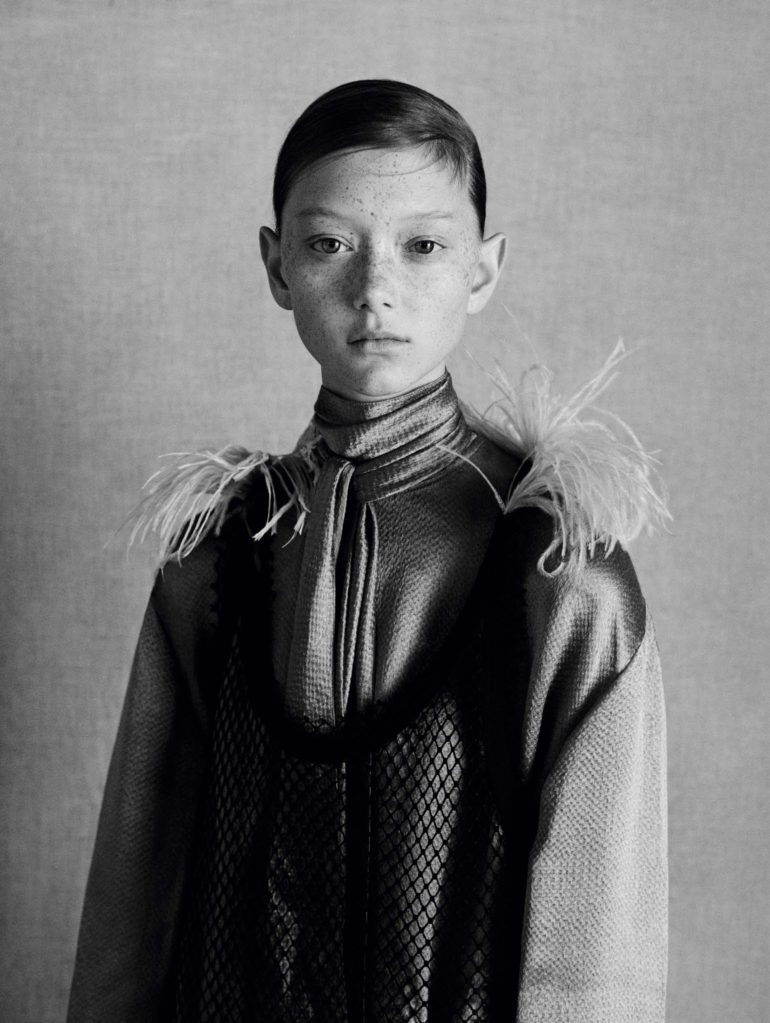 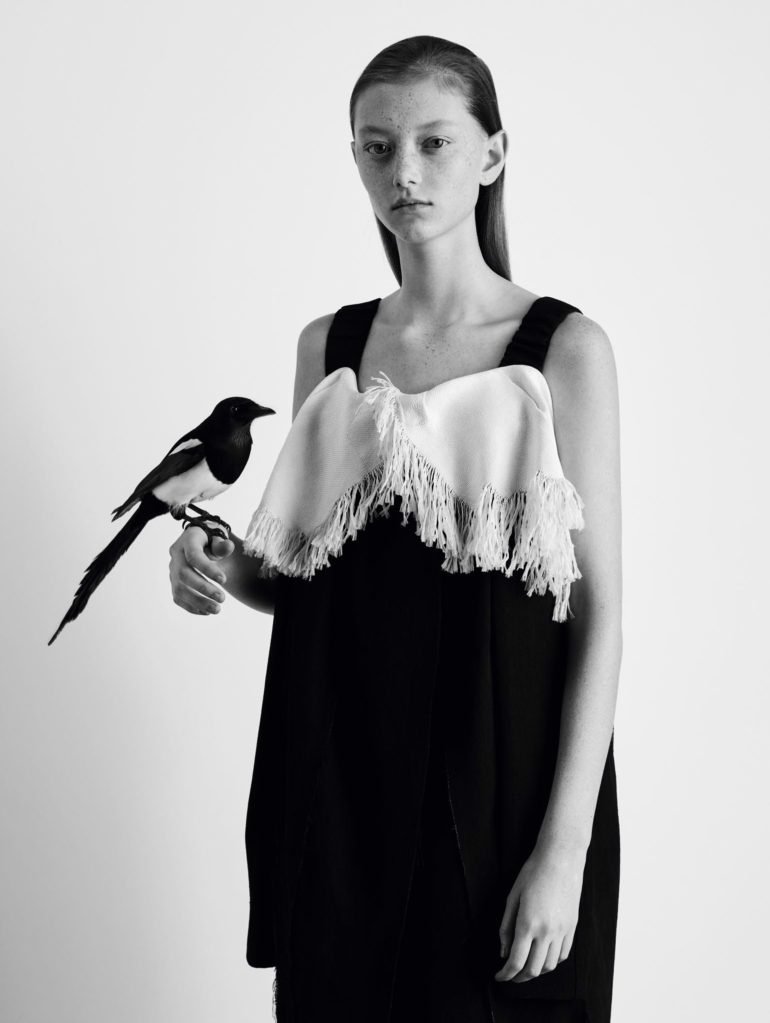 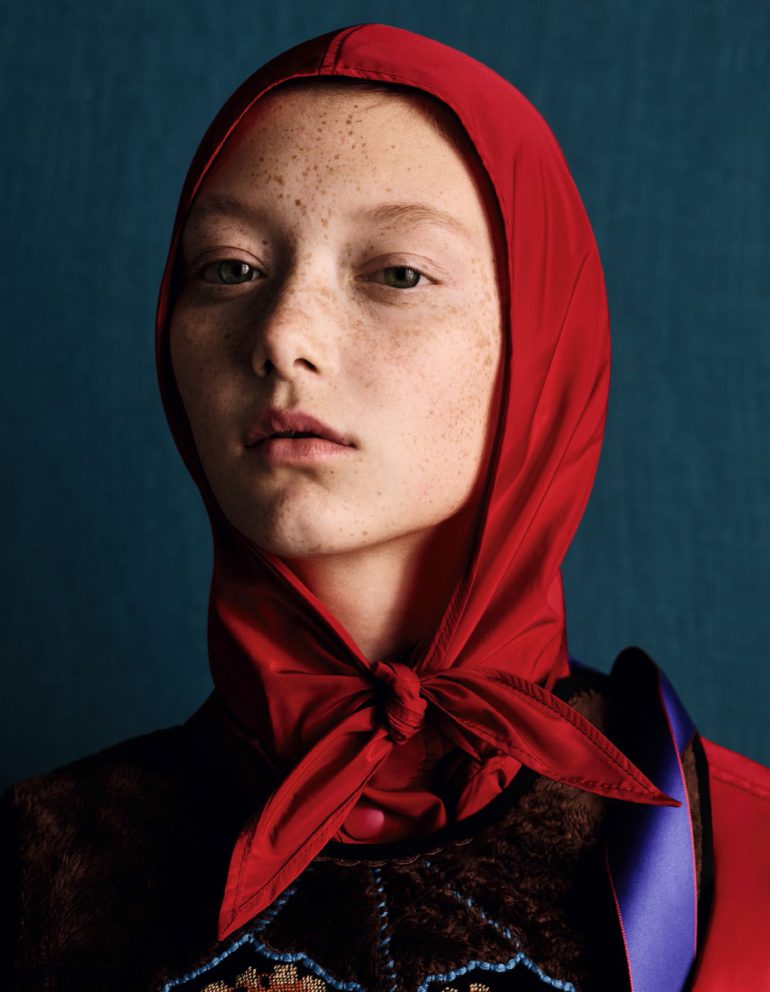 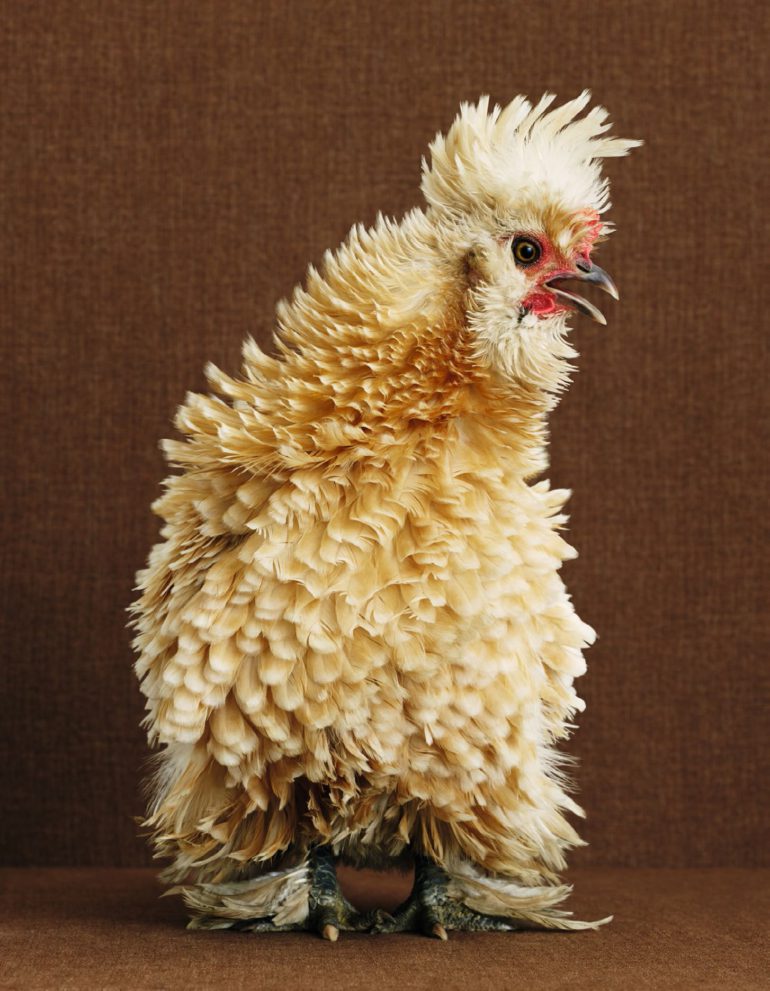 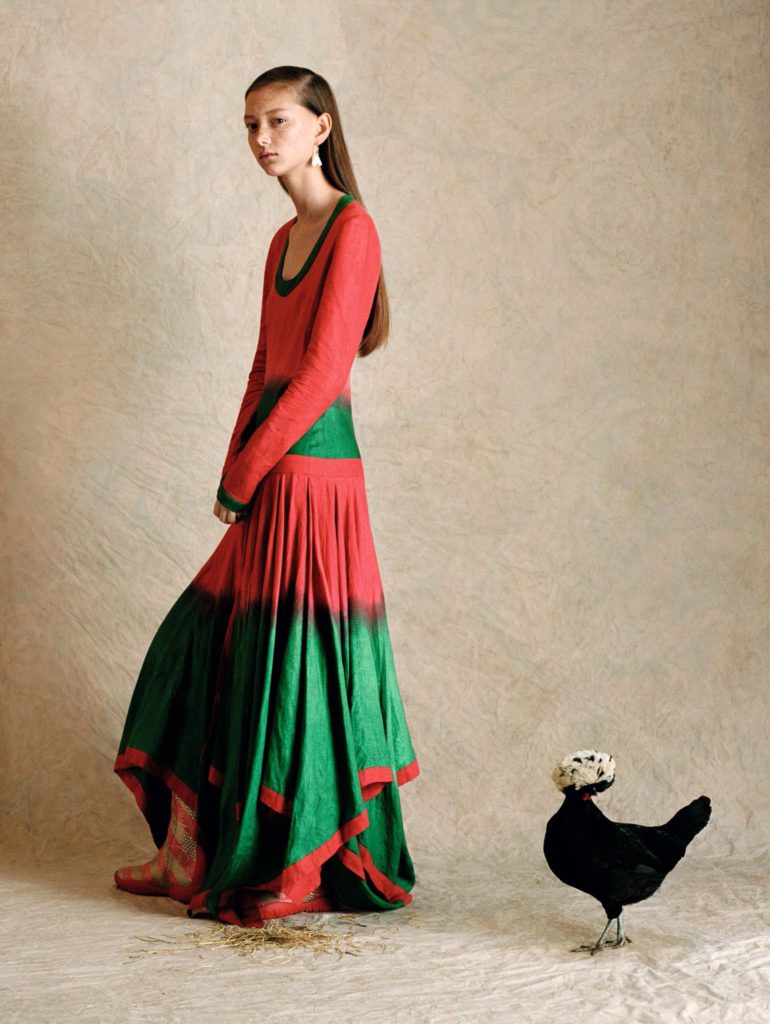 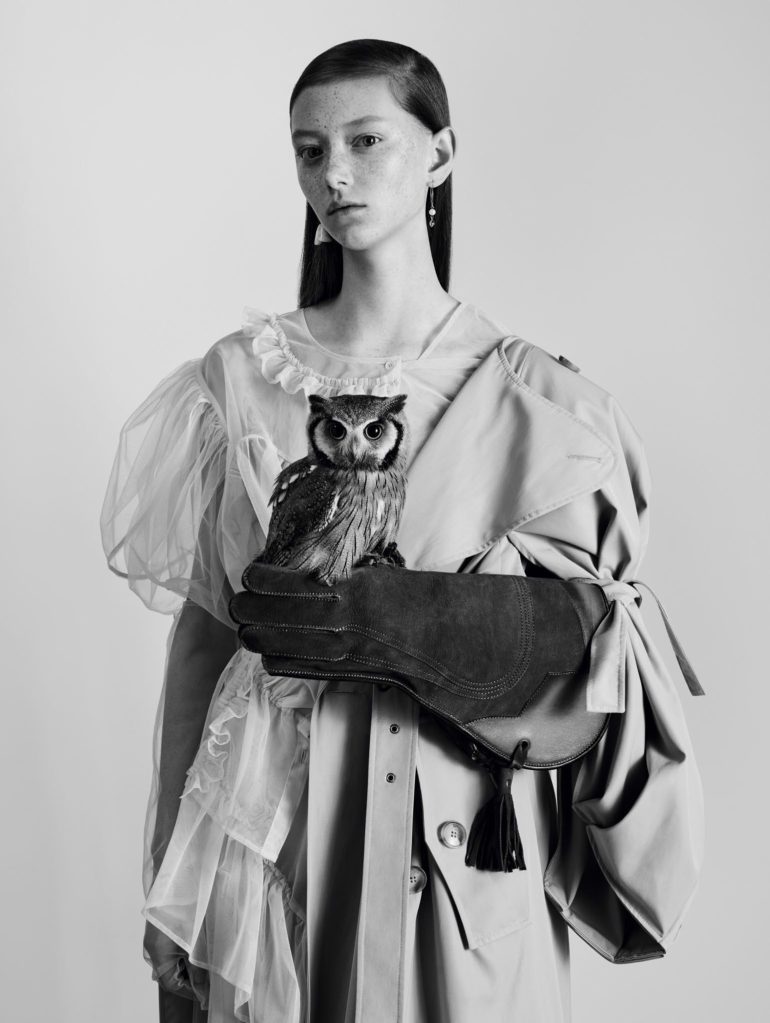 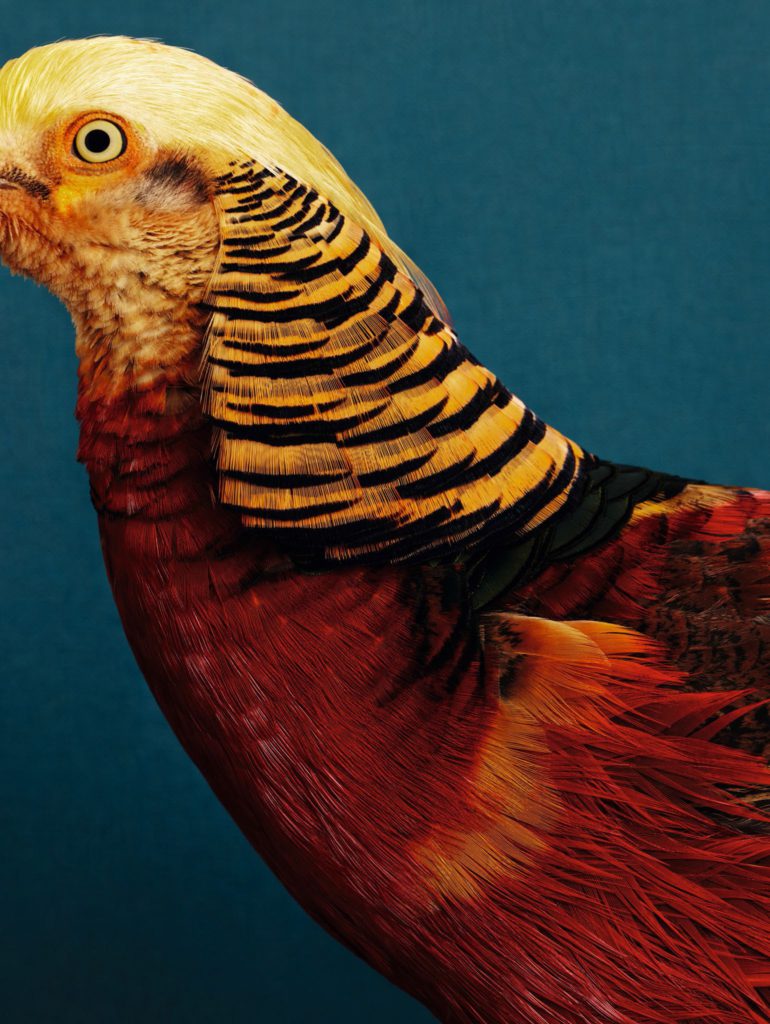 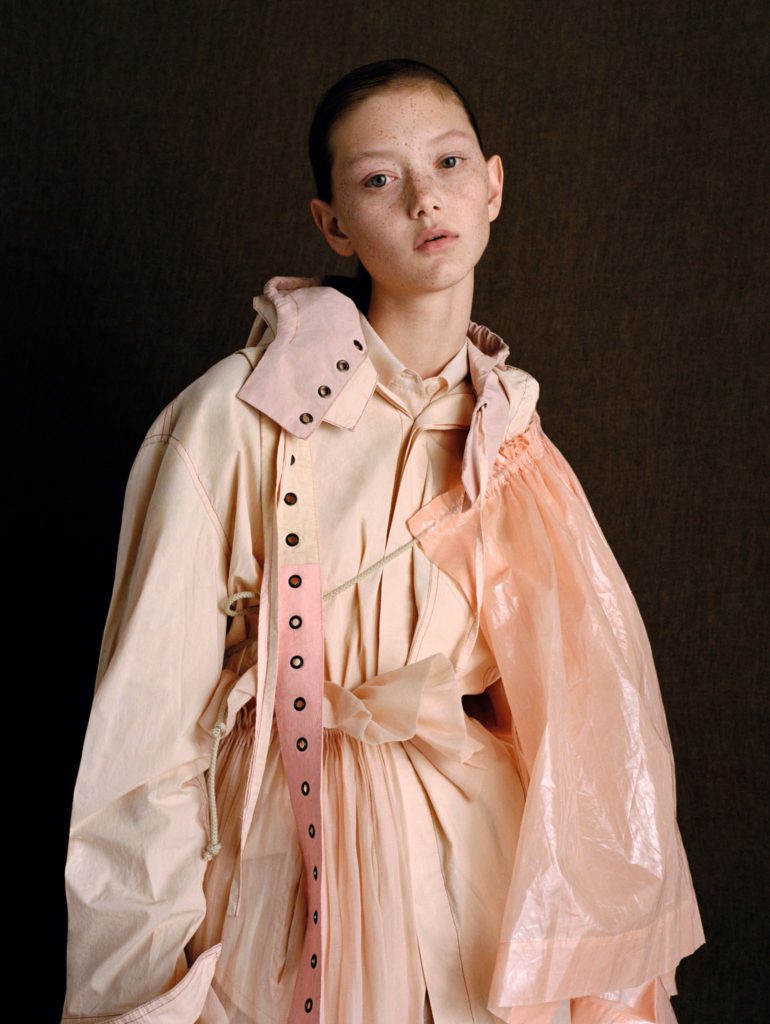 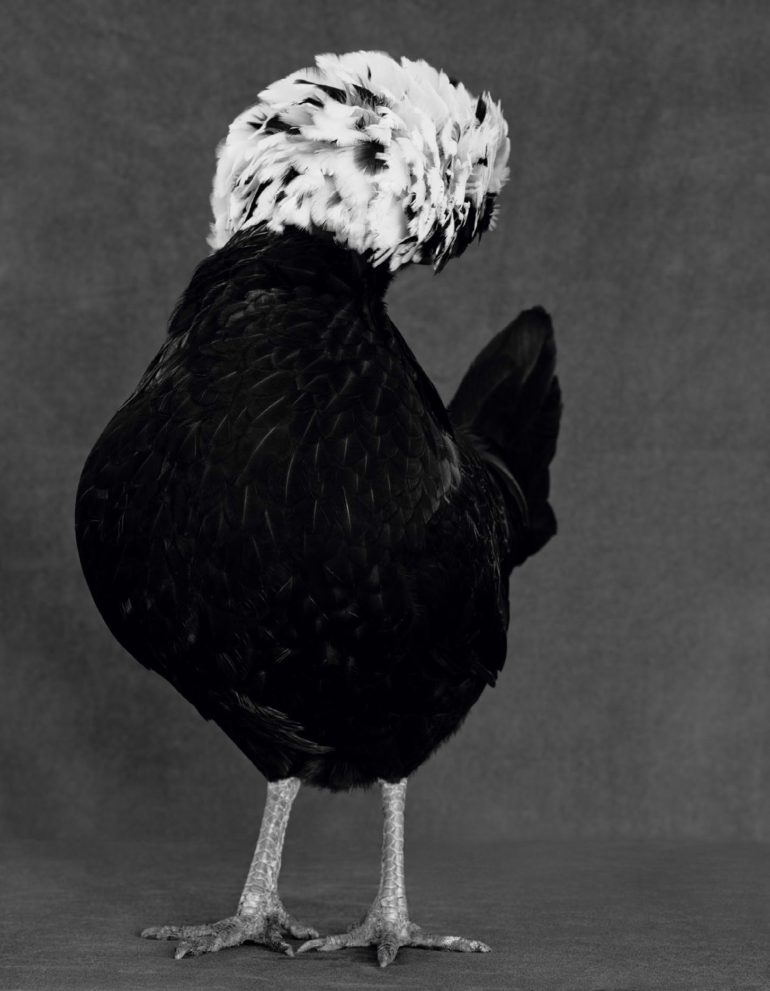 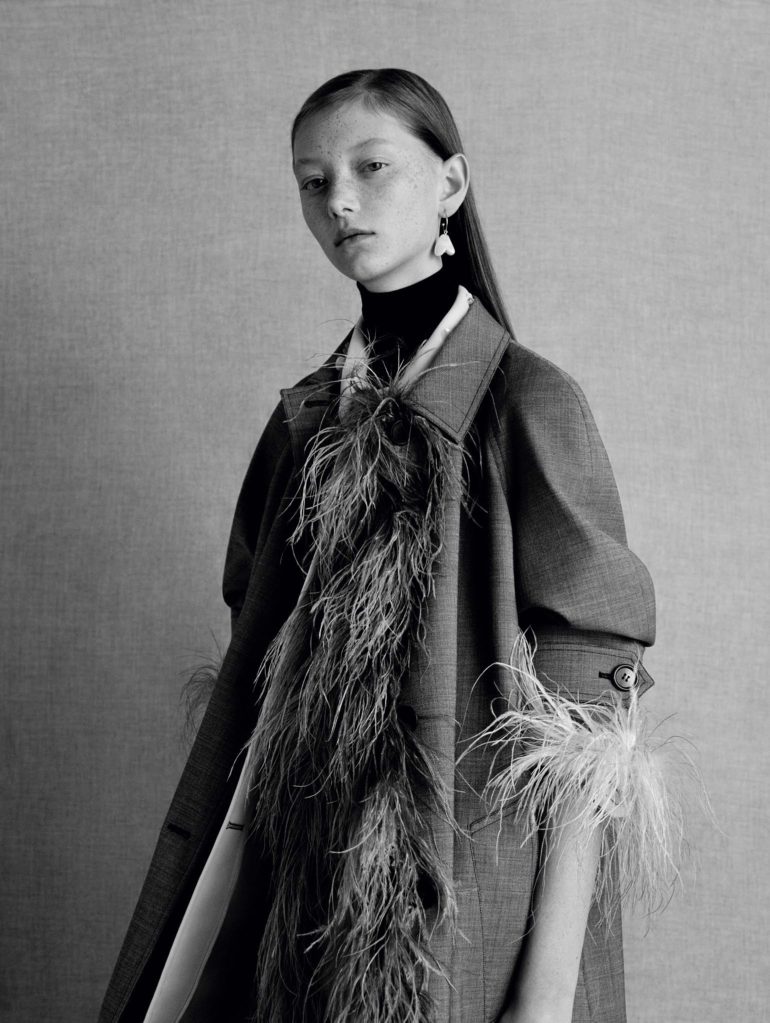 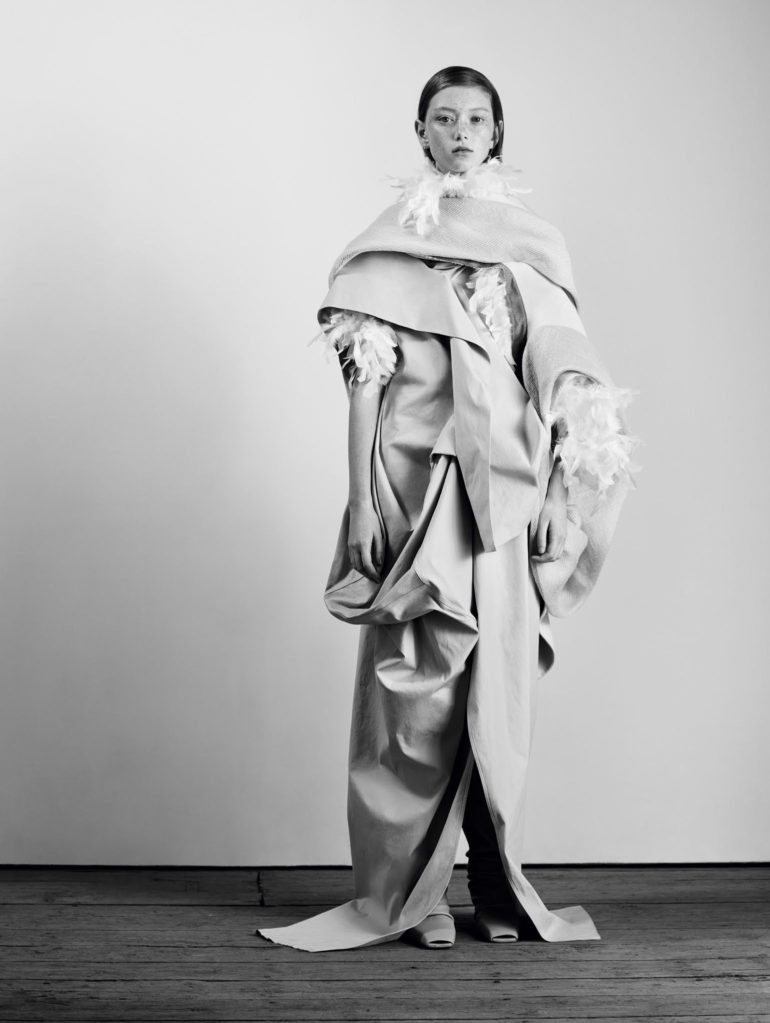 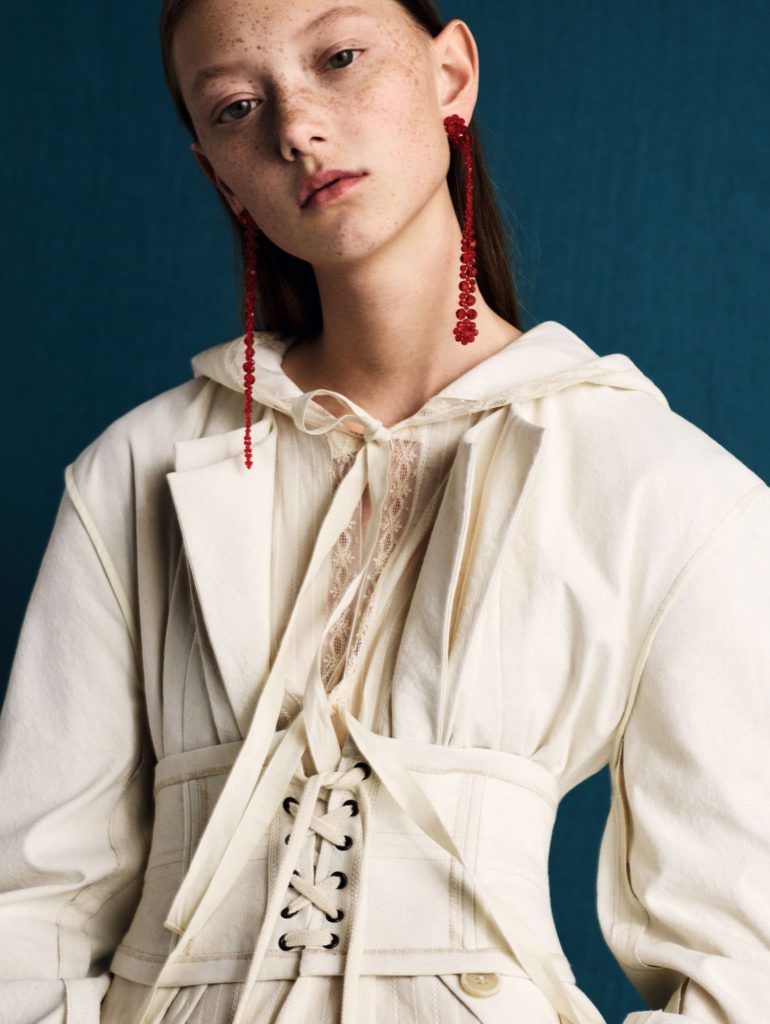