Valentine’s Day is in the Aire in “Rose Absolu” by Glen Luchford for Vogue Paris, February ’17

Julie Hoomans strikes while the iron is red haute in “Rose Absolu” by Glen Luchford for Vogue Paris, February 2017. Valentine’s Day is in the air as an exotic blend of red revs things up. The 70’s is reborn with a collection of Caftans built for the era of, Free Love. Flowing fabrics fill the page as silk slithers over each image in a righteous rage. Having a true affinity for the vintage fair, seductive styles make us feel like we’re having a retro affair. Fabrics flow over the body like a long, lost lover rediscovering each curve. As cast of sister colors keep this collection in the same family, while an intense hue allows glowing fabrics to burn bright. So fluid are these pieces they hardly touch the ground, with never-ending beauty the magic goes round-n-round. Dynamically forward, drama redefines haute history. Suzanne Koller brings a flash of vintage fashion forward with vibrancy that sets the tone. These vintage inspired works speak to the eclectic nature of the future language.

Lexi Boling shows up for one picture, so strong, it literally centers the piece. Her intense style ignites a vibe that simultaneously revs things up while she calms us down. Moving beyond the gender card, Lexi’s energy transcends the idea of male versus female. Actions speak louder than words. Never has a saying been so artfully accurate, as their bodies are alive with a vibe that sets things in motion. Each girl reaches out to touch the next, like a piece of choreographed perfection. Looking at each image I’m struck with their incomparable timing. Dancers move to the music, as fluid motions entice a reaction, inspiring the next female to reach out and find her own rhythm. Live poetry captured in fluid form. Fabrics feel the beat of the chic, catching wind whisking through the aire. Transparent chiffon blows from the four winds… as a scarlet parachute flies through the sky, leaving a cloud of pink silk to bellow from behind. The art of extreme is caught in a dream as all thing go silent in the middle of this scene.

Fantasies fuel the room setting these females on fire. Ulrikke Hoyer holds the dynamic features of a diamond smuggler, while she owns the elegance of an international spy. Luchford invites us to imagine another world, where wrong is weak, but bad can be BEAUTIFUL! Daring to bare out the beauty of youth, Yadim creates a kind of moving picture scenario. Naked makeup takes on a whole new conceptual approach, with today’s faces that speak another language. What was once considered tame, is now looked on as translucent. Making an ethereal jump into the world of the wondrous. The biggest change in the face’s fare is a leap into the barley there. And, while we aren’t charging into the territory of baron brows, we are hinting at something lighter. Audacious, courageous, conspicuous and raw… brave looks of brazen makeup takes a stand, striking while the iron’s haute. Hoyer embraces her hauteness as cheeks radiate the revelry of mad-love. The impact of such striking features makes a pronounced statement, with vivid colors cast across the face. Pink explodes off the cheeks riding so high it wraps around the eyes, as her lids give off a golden dew while lips shine on with a retro hue.

Duffy creates hair that blows by capturing curls that flow. Julie’s red tresses fall around the shoulders, while Boling’s straight, brazen bangs brush across the forehead. Jess & Ulrikke’s baby blonde blends together with light tones that tickle the senses. Caught in a free-form fantasy, body language speaks as art sizzles and crimson shakes. A pale scarf sits on Lexi’s head playing the proper role, as piercing, blue eyes attack with black swirling circles around her eyes. This bold combination stands out against the enlightened others, convincing Ulrrike Hoyer to come to her side. 70’s beauty strikes in kind with a glossy red lip that leaves nothing behind. Reminding us of a time when authenticity was the thing… When live art was the determining factor… When who you were wasn’t determine by the picture you posted. And to that I say ~ there is no image available that can truly reflect a life worth living. Truth happens in real time, allowing us to react to life’s unscripted moments in proper time. 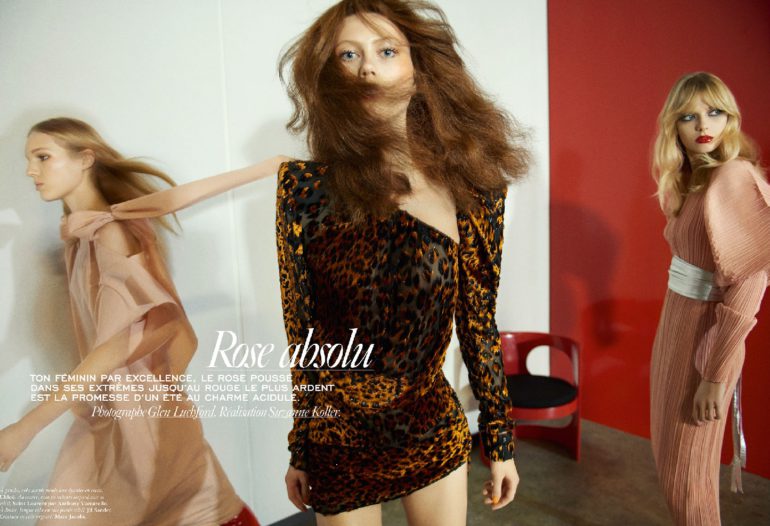 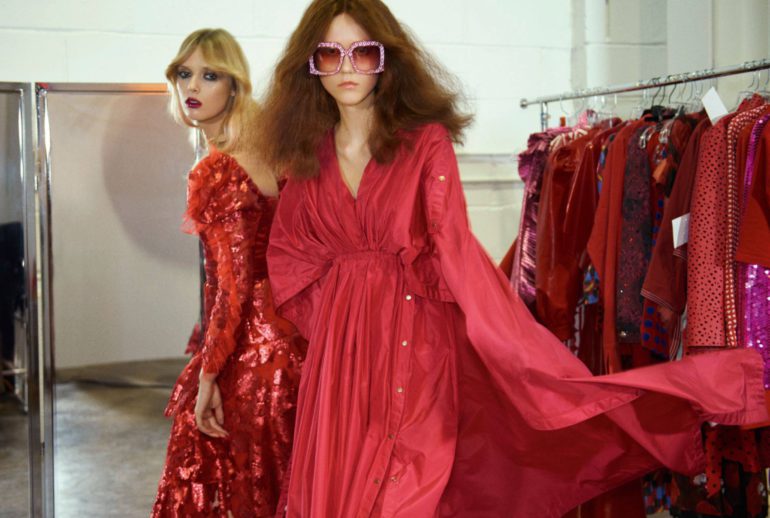 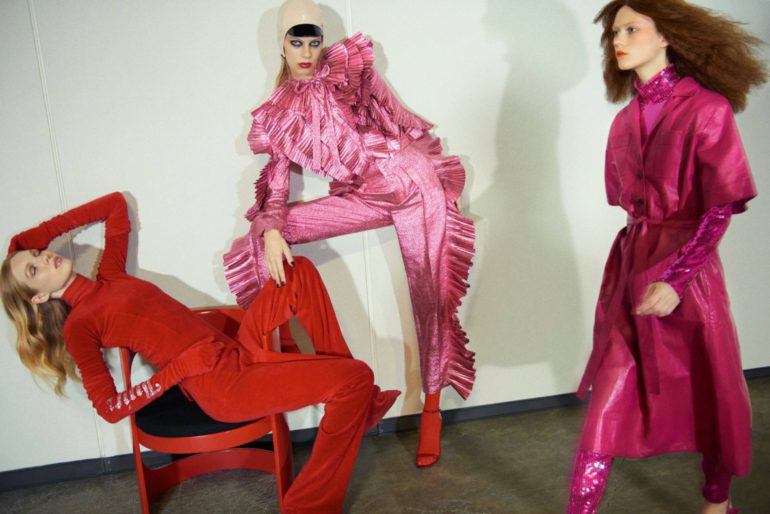 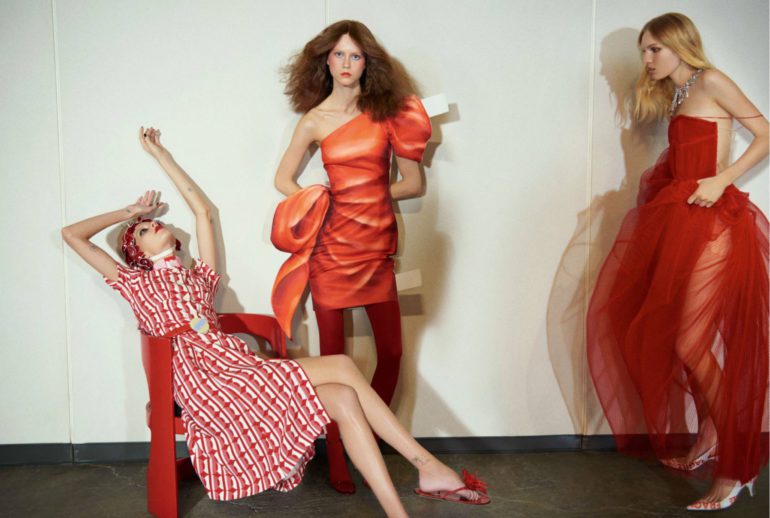 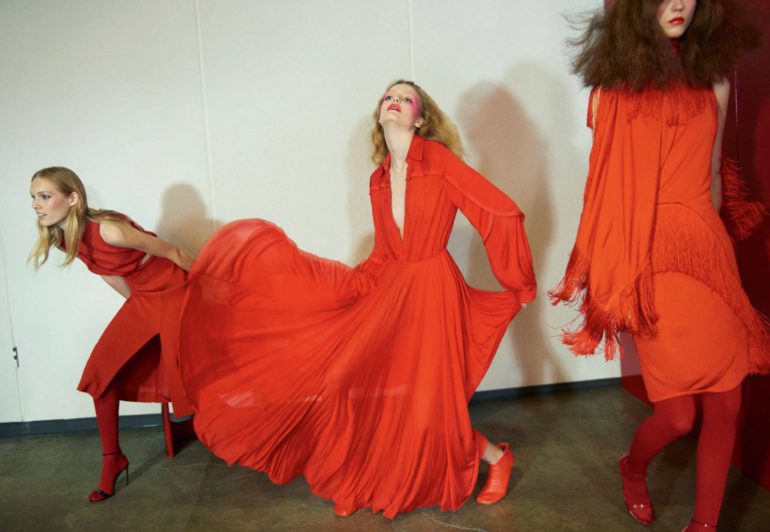 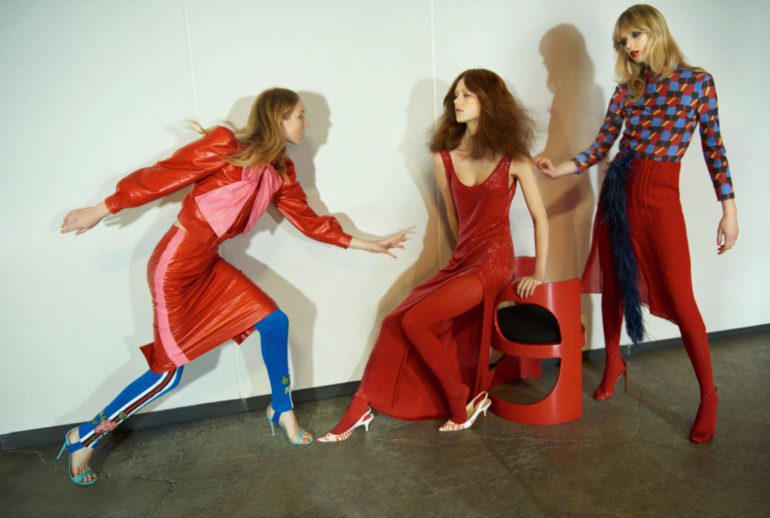 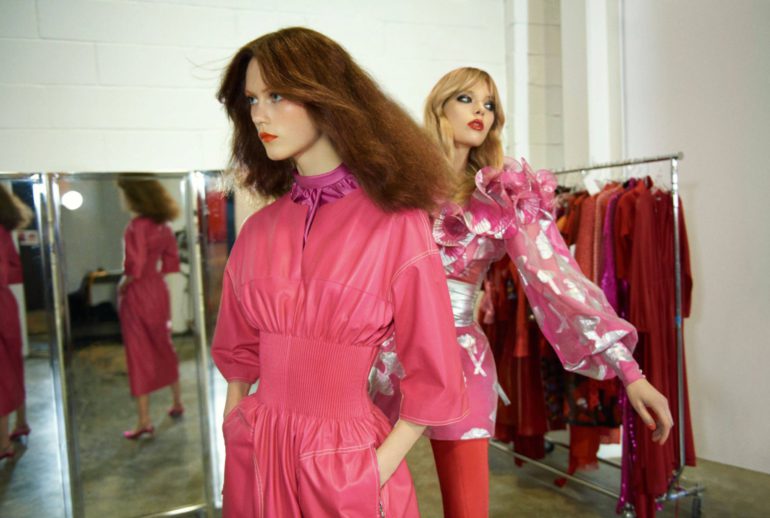 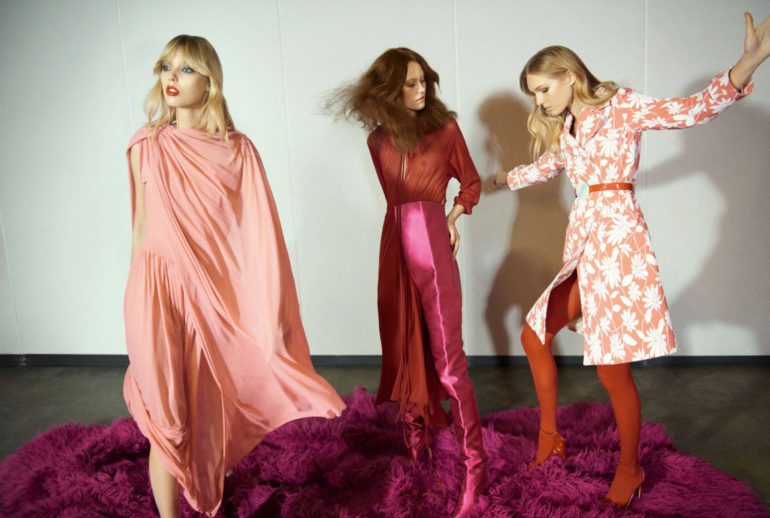 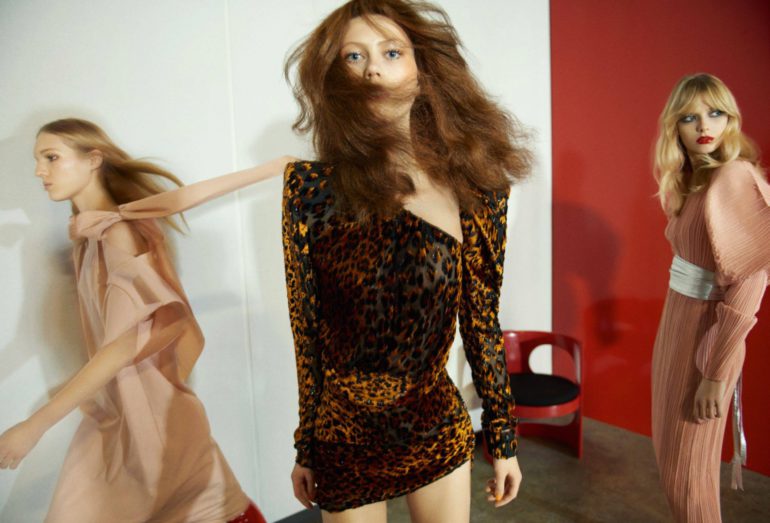 Glen Luchford Conquers All In Agro-Inspired, Self Service