Stella Lucia, Lily Donaldson, Issa Lish & Dillon Storey delve into decadence in “Kinky Nights” by Mert & Marcus for Vogue UK, March 2017. Kate Moss sneaks into this story as a stylist with a wicked mix of high-octane wares. A fearsome foursome captures our attention, with one male model who fits right in. So fierce are these shots we have a hard time determining where they originate. Are we viewing this as vintage, a clever take on the art of the 80’s, or is this fashion built on a future trip. What we are seeing is a step ahead. Art and excess blend in beguiling ways, as creativity casts a gorgeous glow. An underlying grandeur gives this piece an edge, as Kate showers each scene with colorful couture. A twisted mix of 80’s excess. This tale pays tribute to the past by highlighting what made it so exquisite.

Wearing her heart on her chest, literally, Lily looks like a modern version of Winona Ryder, circa 1985. Appearing to know not that her dress is missing all but one half, or that her left breast is half-covered in heart-shaped rhinestones. Sitting pretty in YSL’s exposed leather, she exudes a glamorous glare of twisted innocence. Busting in on a post-prom party, each girl is dressed to the nines, high on haute couture. Moss makes this pop infused pictorial into a vision of avant-garde excess. Lish’s jacket is colored with fringe dangling down as she drowns in disco decadence. As Stella’s leopard skin lures us in, Dillon scores with a checker board jacket. And, while this lycra jumpsuit makes you stop and stare, it’s the shiny sequins that are sure to get you there. However, in the end, it’s the floral bondage hood that makes the story complete. Could Anything Be More Kate?

Adhering to that all important time-honored tradition, Isamaya Ffrench believes you have to look back to see ahead. His application allows you to envision both the history of haute cosmetics and the future of the face. These designs are orbital configurations, with each preparation appearing more like a live art installation. Exceptional shapes twist around the area, creating a side-show of eyes. Stella stands proud with scarlet shadow screaming into oblivion, as Issa makes a statement with dramatic makeup, made to mimic a black mask. The pigments pass more like spray paint, as black swoops over the top of the lid leaving a burst of red behind. Covered in colorful eyes the altered 80’s has arrived. Making a pass at pop-culture, Ffrench looks at the evolutionary process of skin embellishment. Gone are the days of drowning under mascara. Today modernity makes the shift complete, with shadows that stand alone. Like a child playing in crayons these looks appear applied with a free hand. Blue bellows over the top while yellow casts a faint side hue, as pink punches up the side cheeks. The face is all fired up with red paint poured in a V shape over the front. As Issa stuns in a see-thru doll dress, rocking a pair of 60’s platform boots.

The Bouffant Bump is Revisited. Lucia’s dew flies high to the sky with a bold, blonde take on the idea of the Big Bump. Sam McKnight revels in the mash-up, with hair that’s hip to be square. Backcombing gets a new look, with high hair unlike we’ve recently seen. With a tall side pony and a feathered flip to match, this delivers a delicious mix of vintage delicacy. The Moss Makeover is complete, as a cast of cool chicks (and one dude) are ready to rock. So take my hand and join me through the walkways of the mind, an everlasting fantasy is the story we will find. Just one final thought… the wicked, little sex chick in the quilted, bondage hood ~ is she possibly our fair Kate? 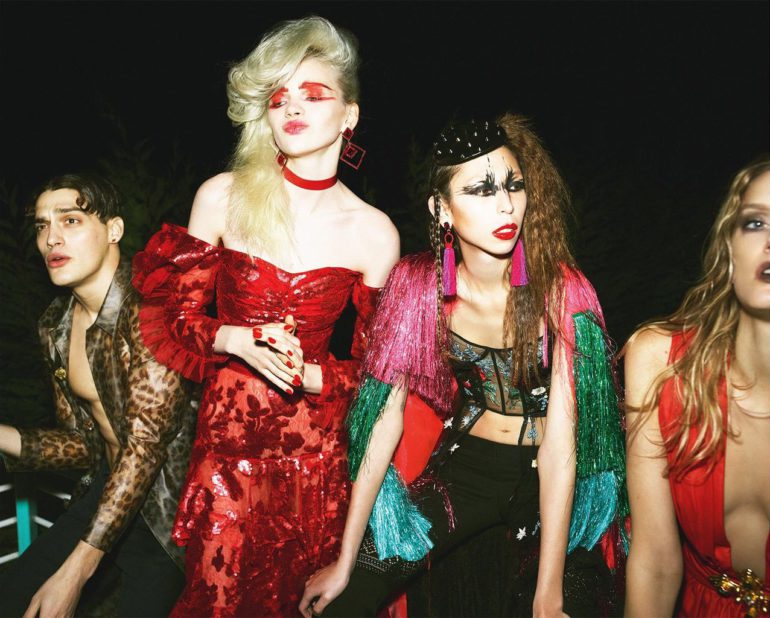 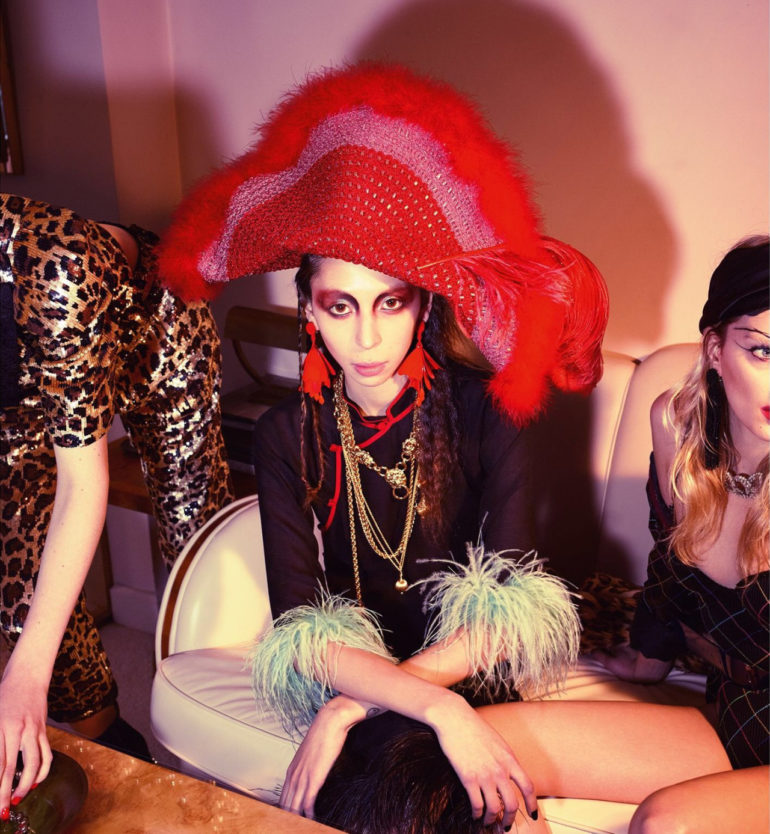 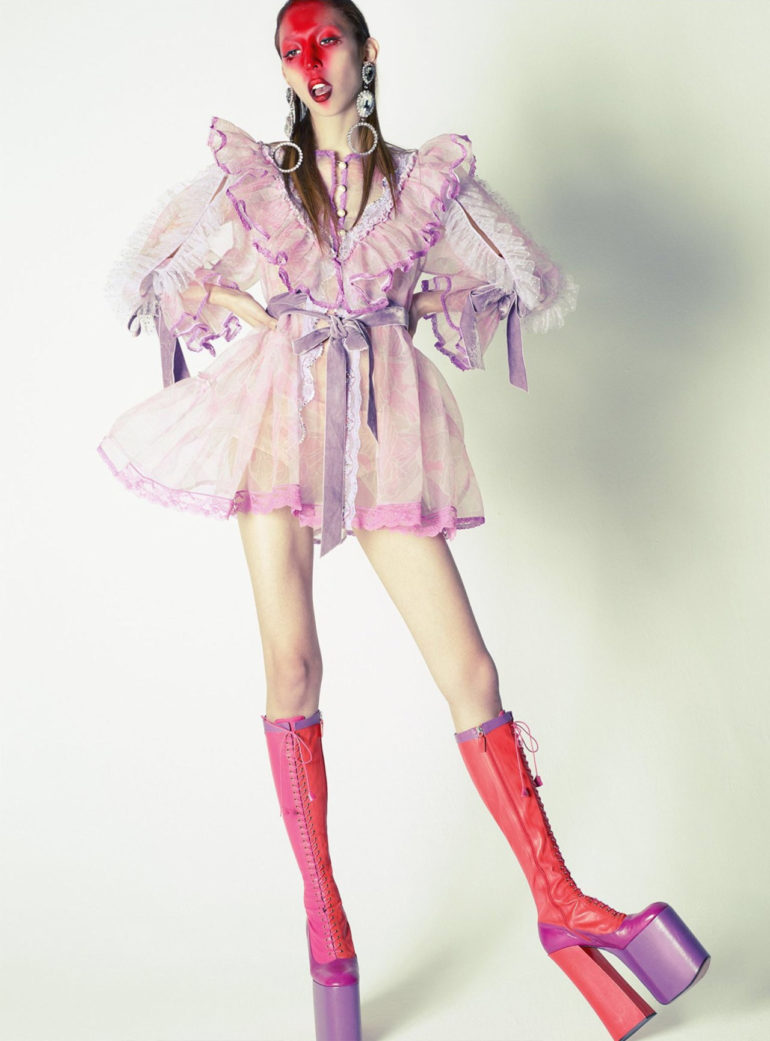 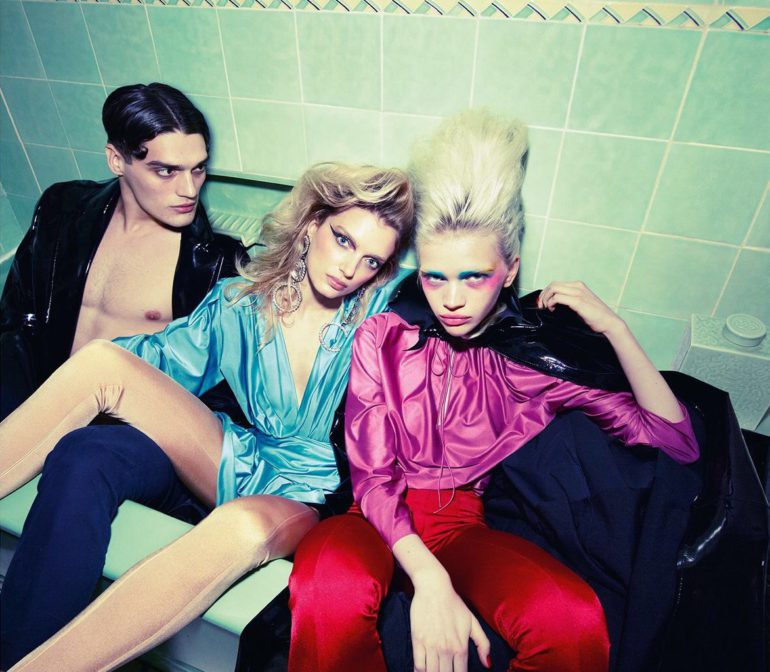 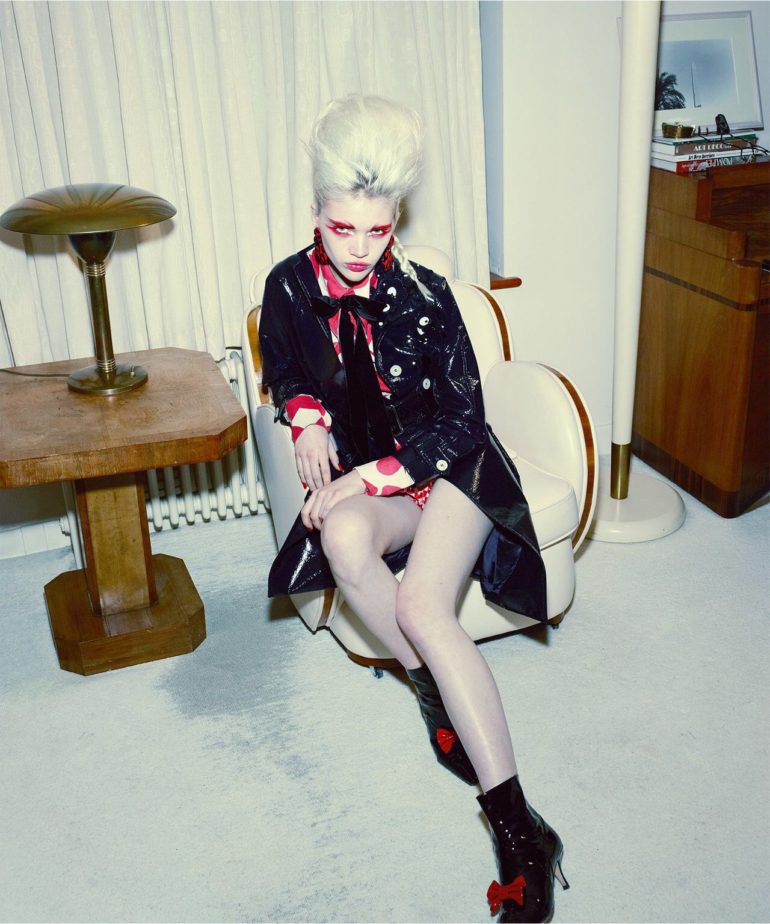 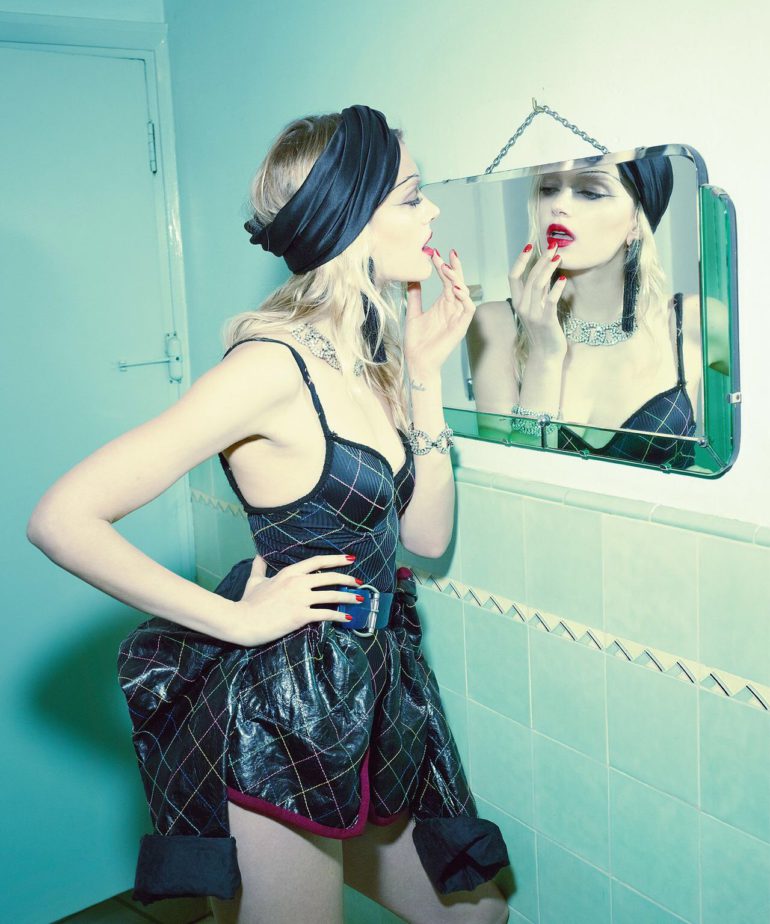 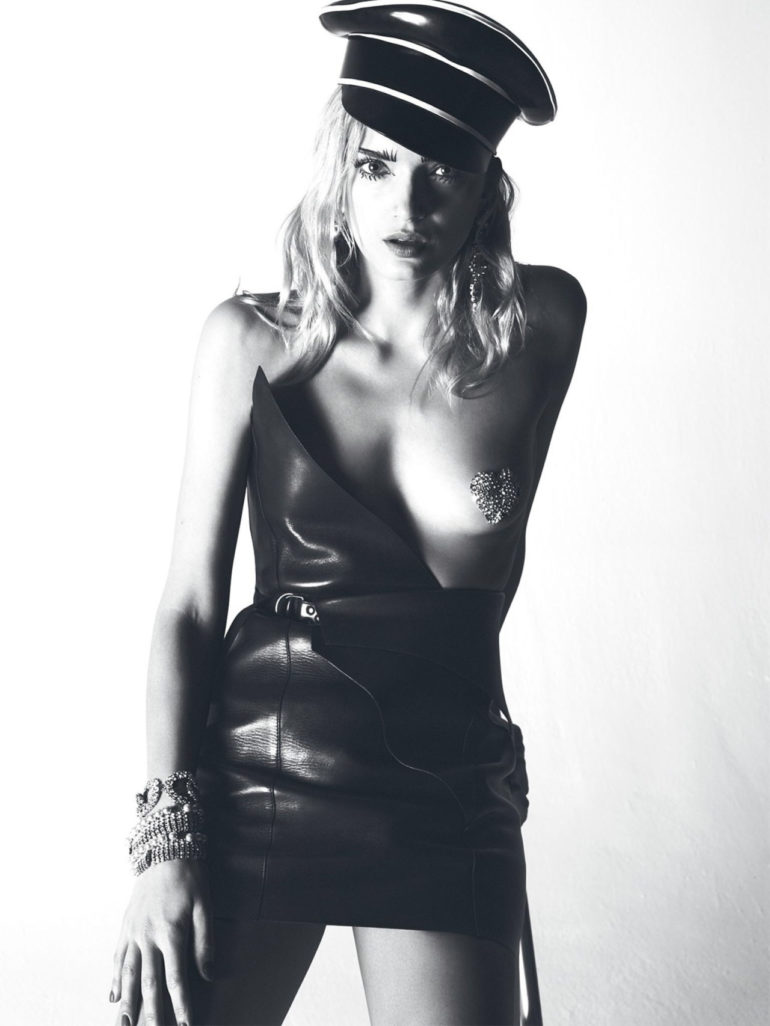 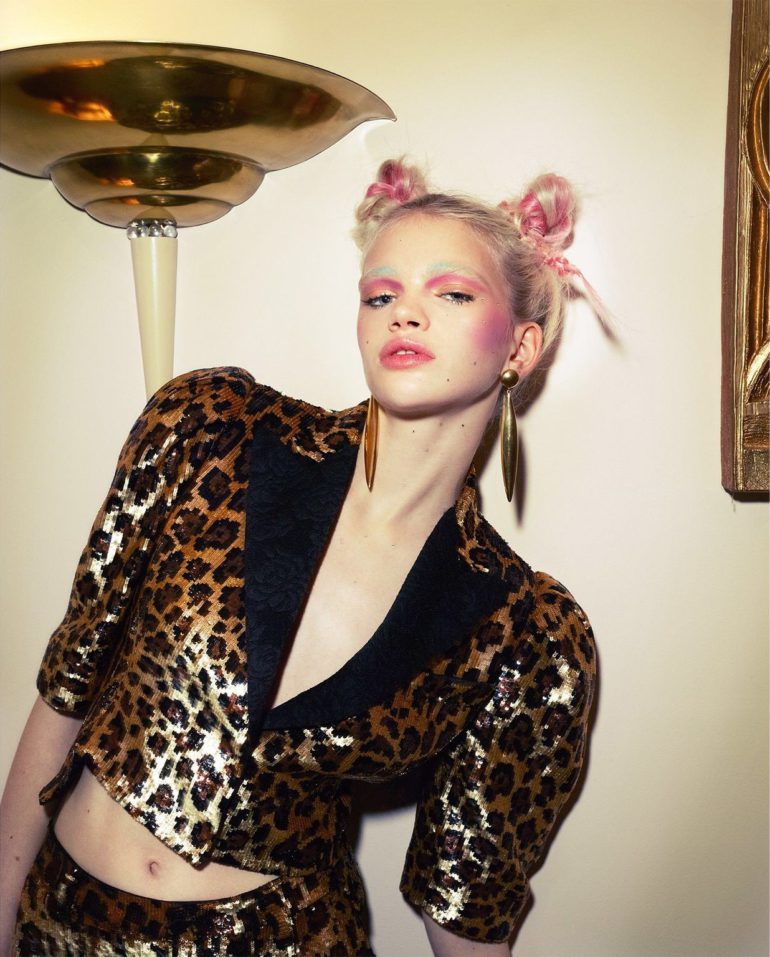 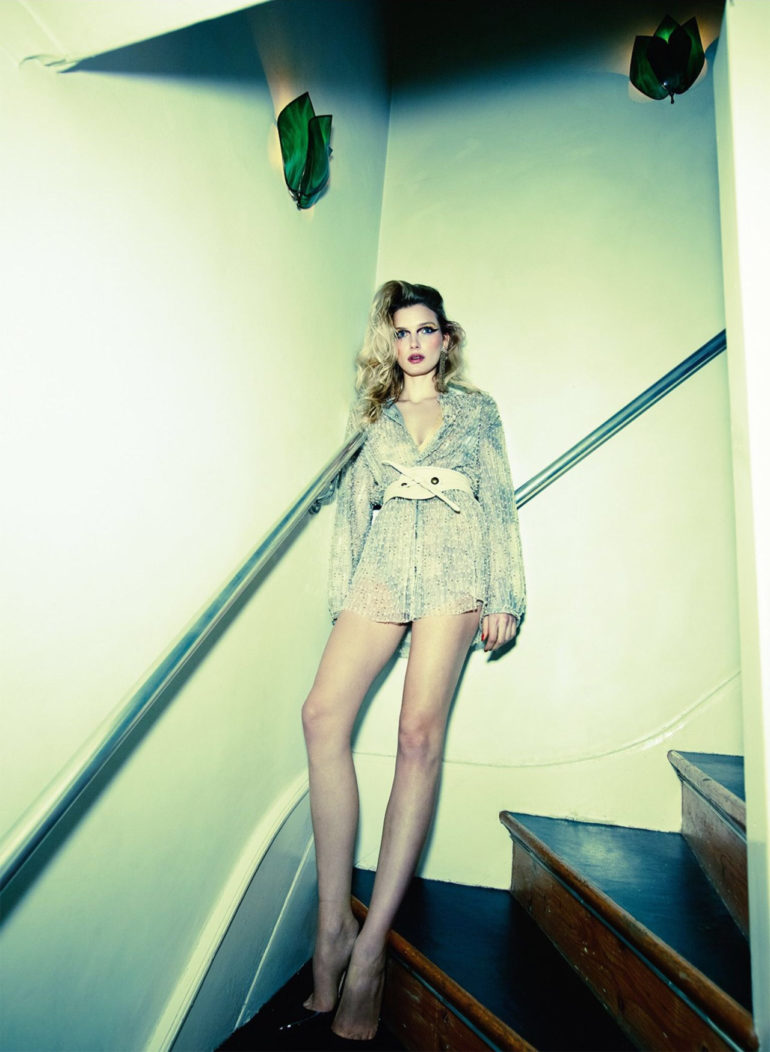 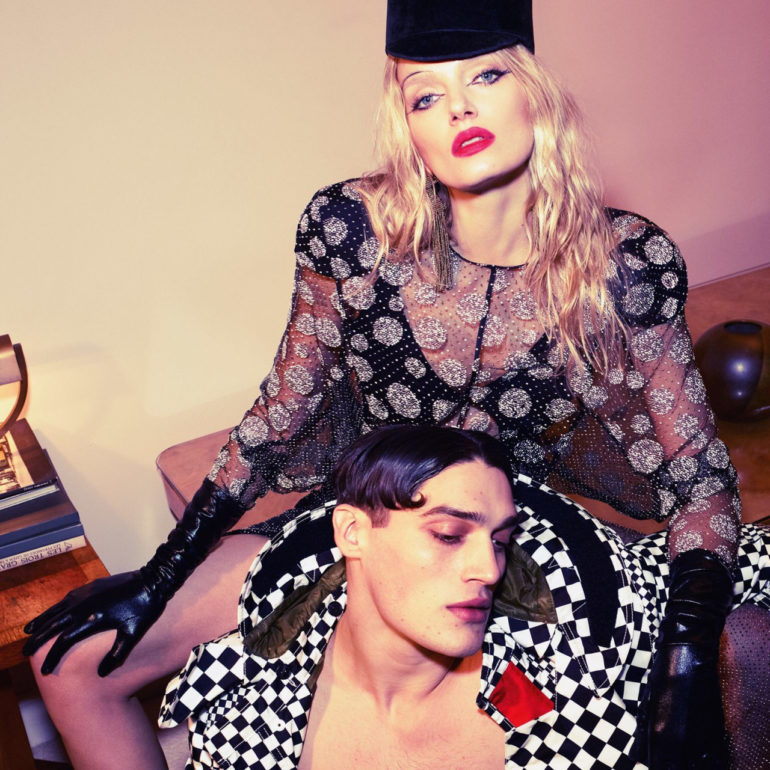 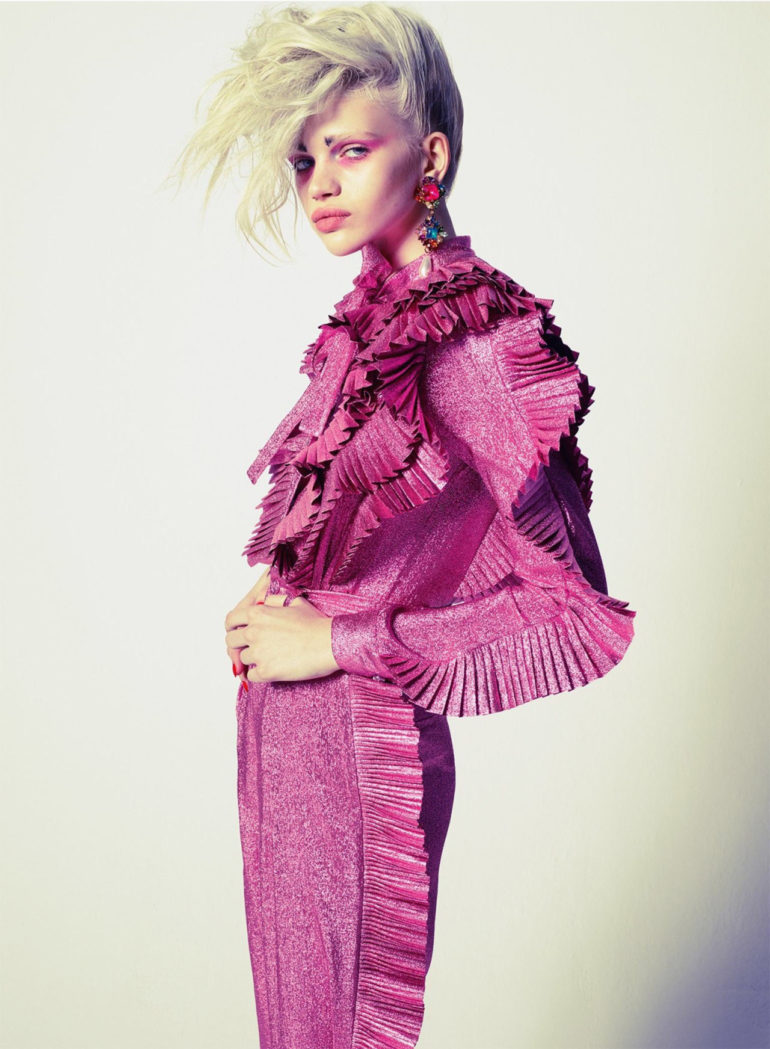 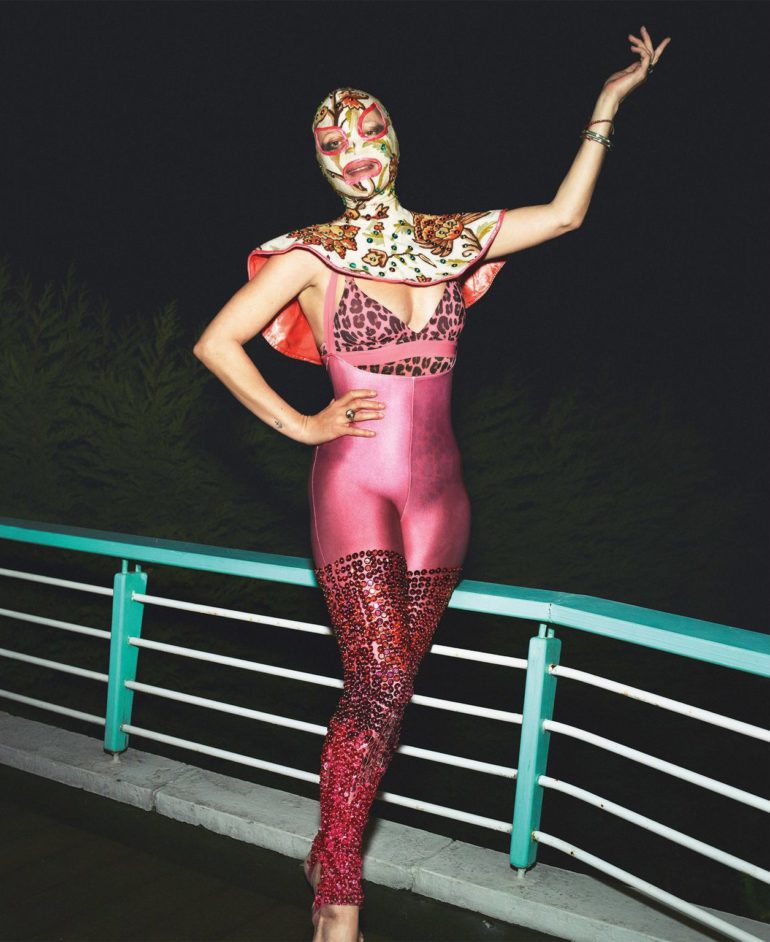