Amber Witcomb in “We Ran As If to Meet the Moon” by Daniel Sannwald for Garage Magazine, SS 2017

Amber Witcomb & Luka Issac dream deep in “We Ran As If To Meet The Moon” by Daniel Sannwald for Garage Magazine, SS 2017. Art exists on another plain, as bold imagery invites us to explore the stratosphere. Baron yet beautiful desolate yet divine crossover and enjoy a subset of reality. Looking into her wanting eyes, we see the fullness of sky as if it were the beginning of time. This changes our concept of abstract nothingness into a vastness of riches. The scenic elements of energy are held together by the infinite oneness of our beings. Set Designer, Thomas Bird, calls on the power of his namesake to capture unique angels of this story. Rising high like a Bird in flight, with no beginning and no end. A backdrop that could have felt false and overproduced, instead, feels authentic and airy. He gives the images a sense of fantasy, while inviting us to expand the horizons of our mind. Tati Cotliar redefines the future of fashion with designs that weave in/out of the now. Altered looks celebrate the idea of change while honoring originality, making the fundamentals of this tale strikingly familiar. By simply adding a watch worn like an armband we feel like were seeing something new, and by wearing a cape like ensemble that drapes over the back we feel like a fearless flyer. Luka gets a bit cheeky, in a skirt that covers the top of his shorts and falls open exposing his legs below. Multi-dimensional imagery moves through the atmosphere, injecting a sense of depth and a feeling of flight. Flashes of neon splash over each page giving us the illusion that we’re flying through space.

Makeup monotony begone, as Maxine Leonard introduces us to the future face. Abstract is in as neon colors collide, with a new kind of balance being recognized. Art become less about the prospect of beauty than the connection of cosmetics. The palate of the skin shows the source structure created, as features are conjoined. Black lines take off, flying around the eyes only to end in a semi-winged state. On the opposing side we see an oblong shape cover the brow, as a simple streak moves from the tip of the nose down the curve of the cheek. Maxine saves the best for last, as she creates a uni-brow effect. This modern look advances the idea of neo-makeup, with an extended cover that comes to a sharp point in the middle of the brows. Sweeping over the top, the face semblance keeps up with the concept by connecting with the center. Cyndia Harvey celebrates this format, by sticking to hair that’s down in the front and loose in back. A raucous rebellion commences as this fiery combination both compliments and collapses. At the end of the color spectrum we find Amber sitting on a moon like rock, stunned. A haze surrounds her body making it appear as if the atmosphere has thickened. Film is reversed producing a fluorescent-tinged, negative effect ~ as the light part of her skin turns dark. The truth hangs on high like a planet in the sky, telling us that we are all a part of the same universe. Multiple layers produce an otherworldly illusion, creating the concept that we’ve all reached Nirvana. The Sun Comes too Soon… X-ray imagery exposes the inner body envisioning we can see to infinite. 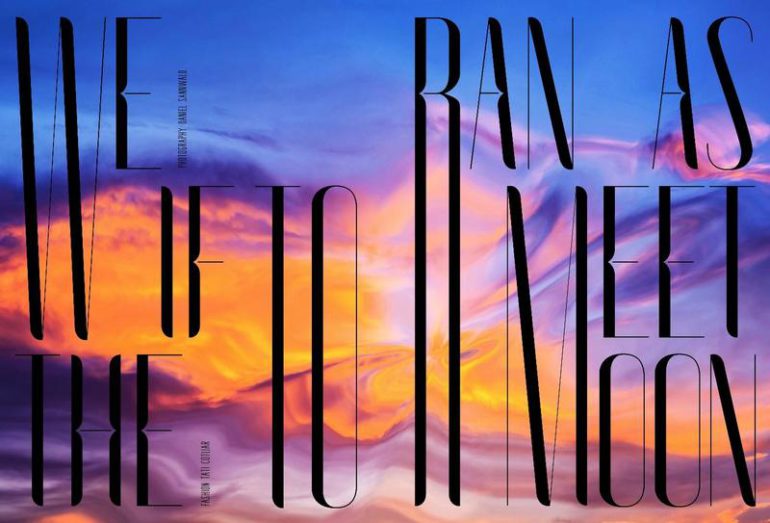 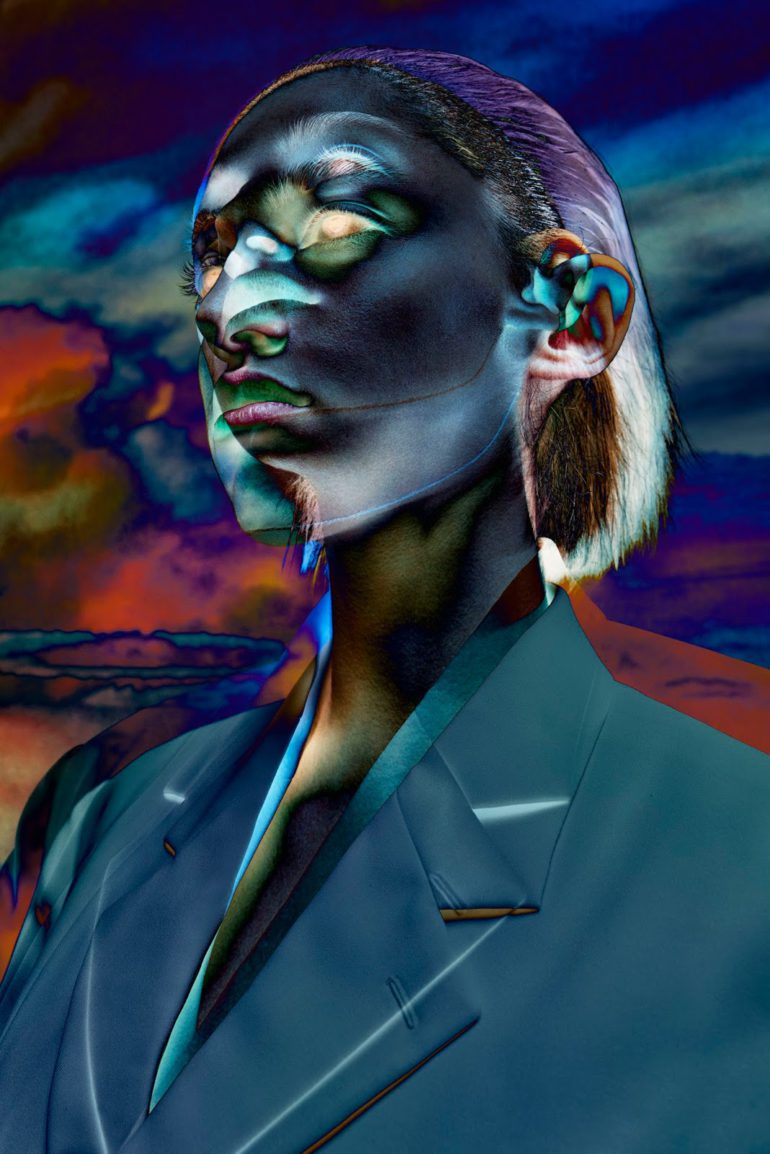 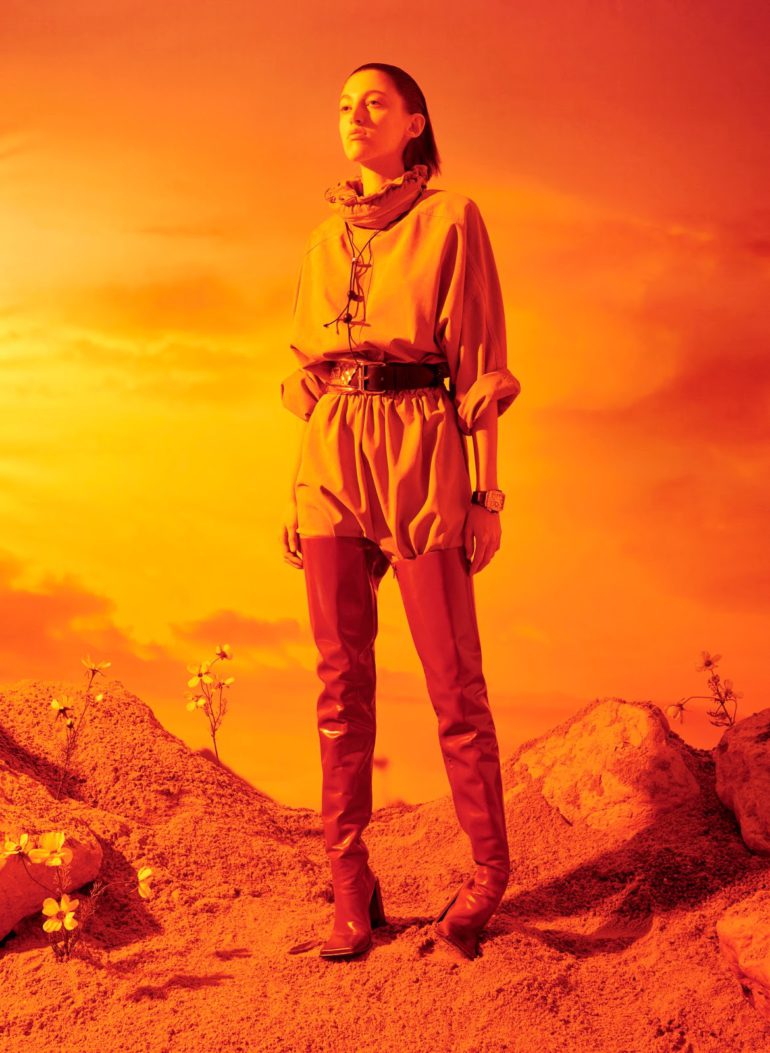 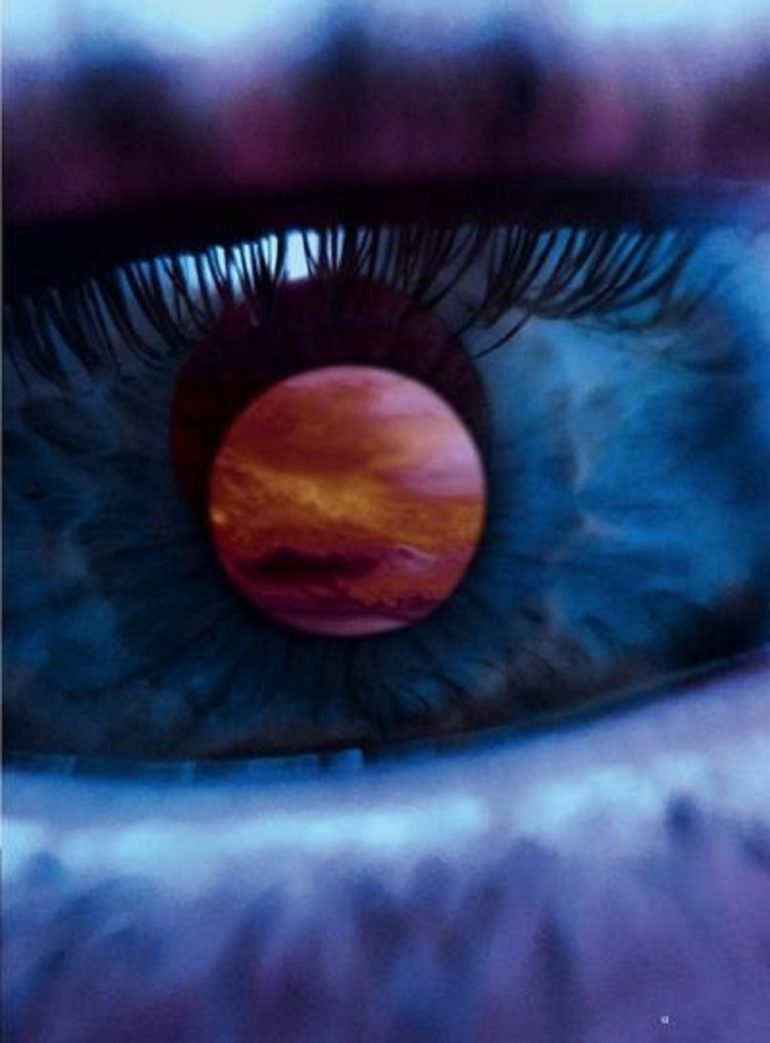 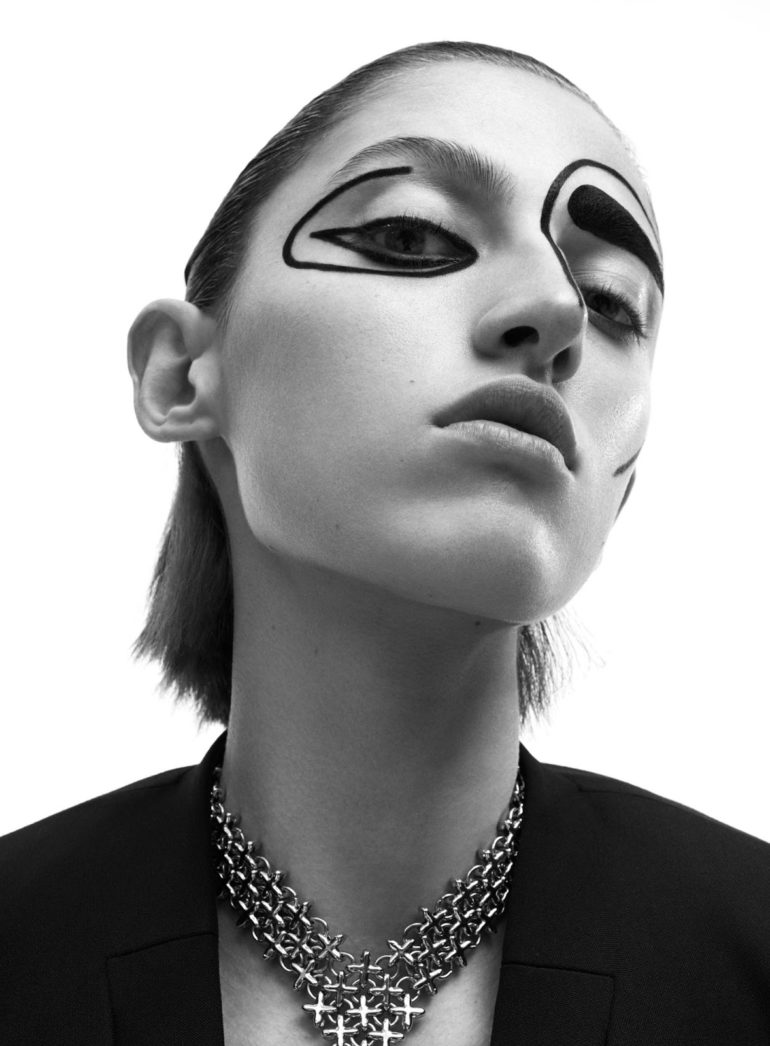 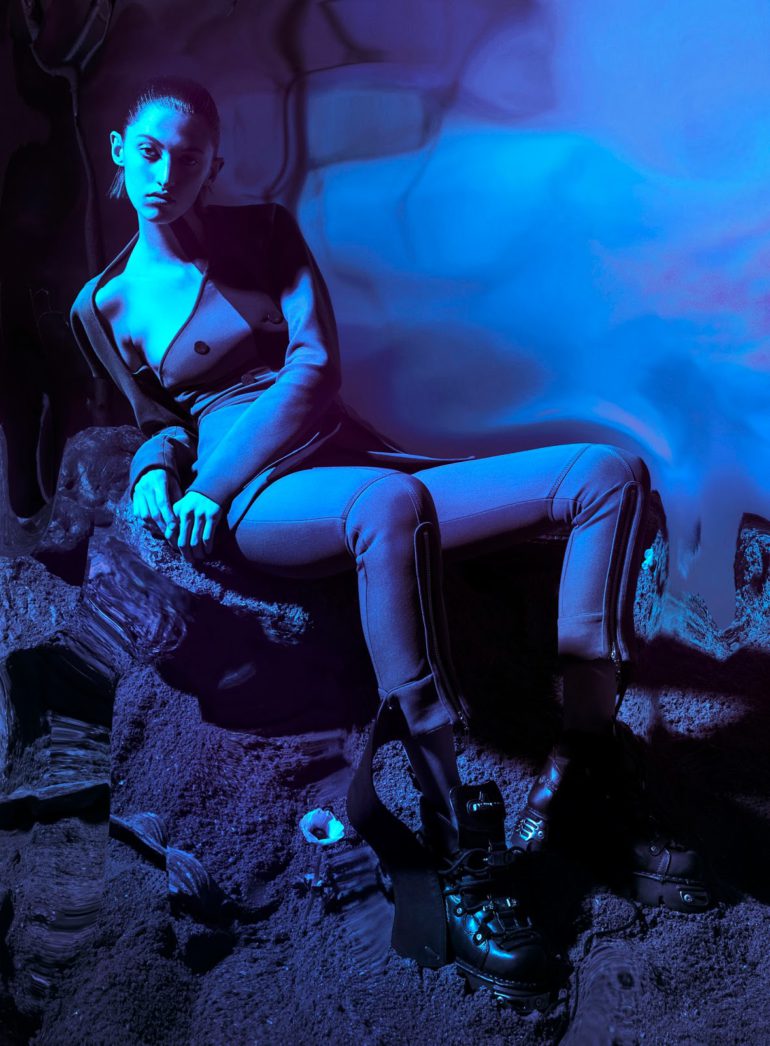 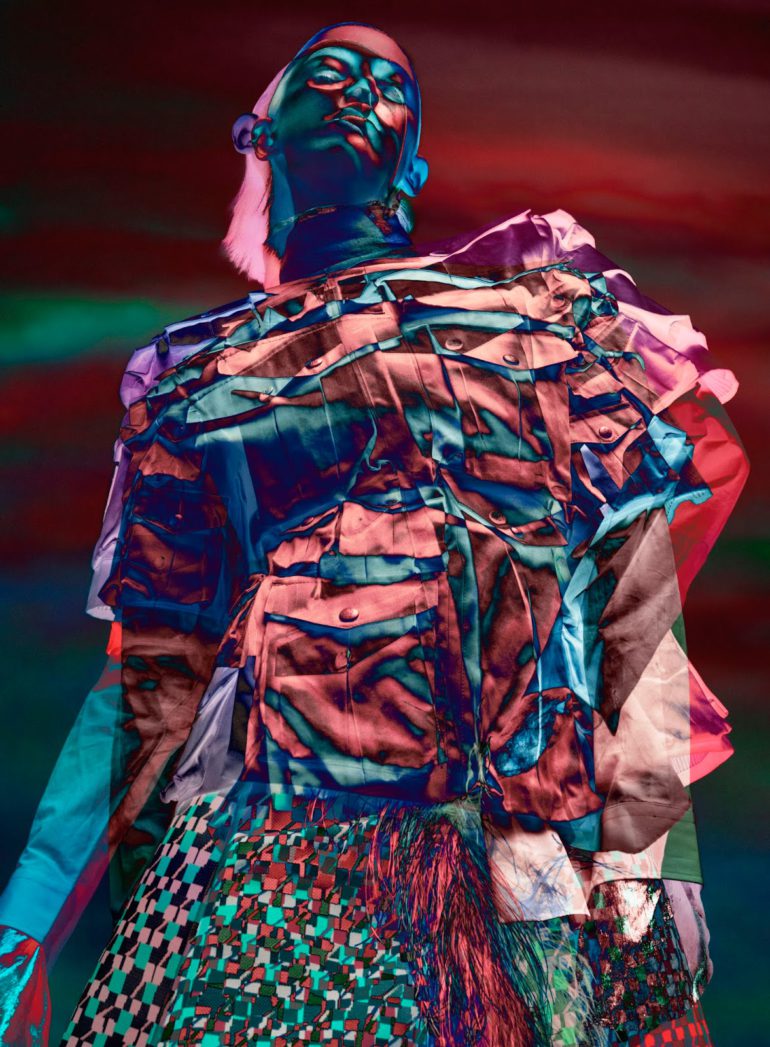 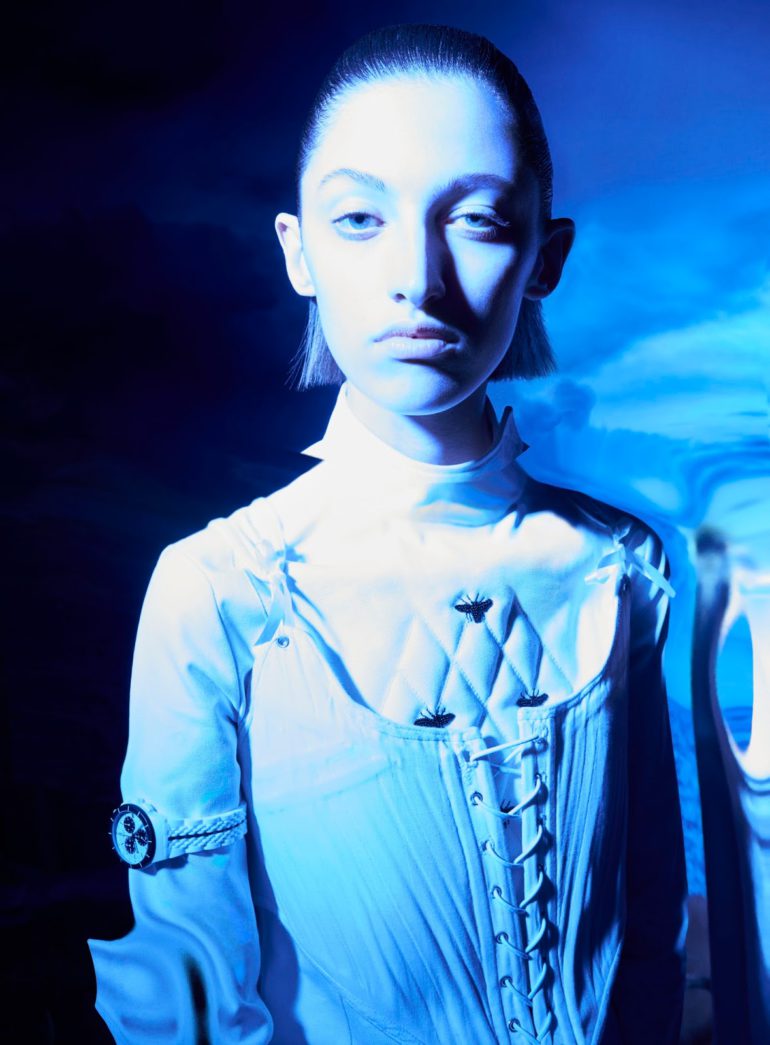 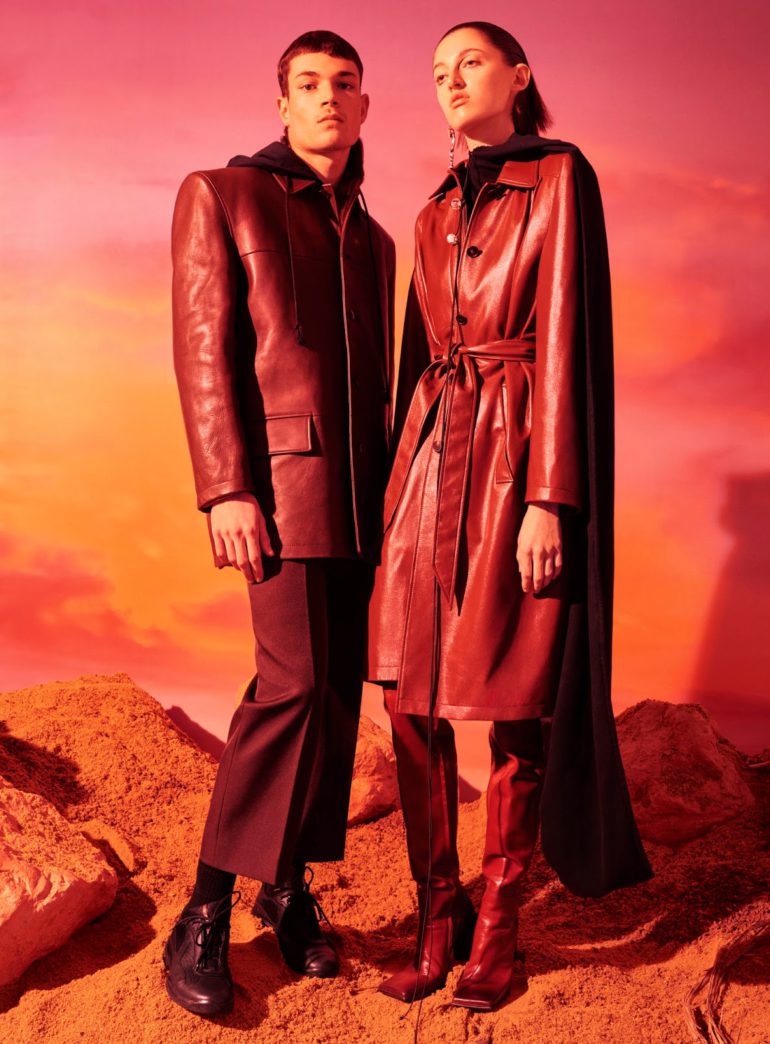 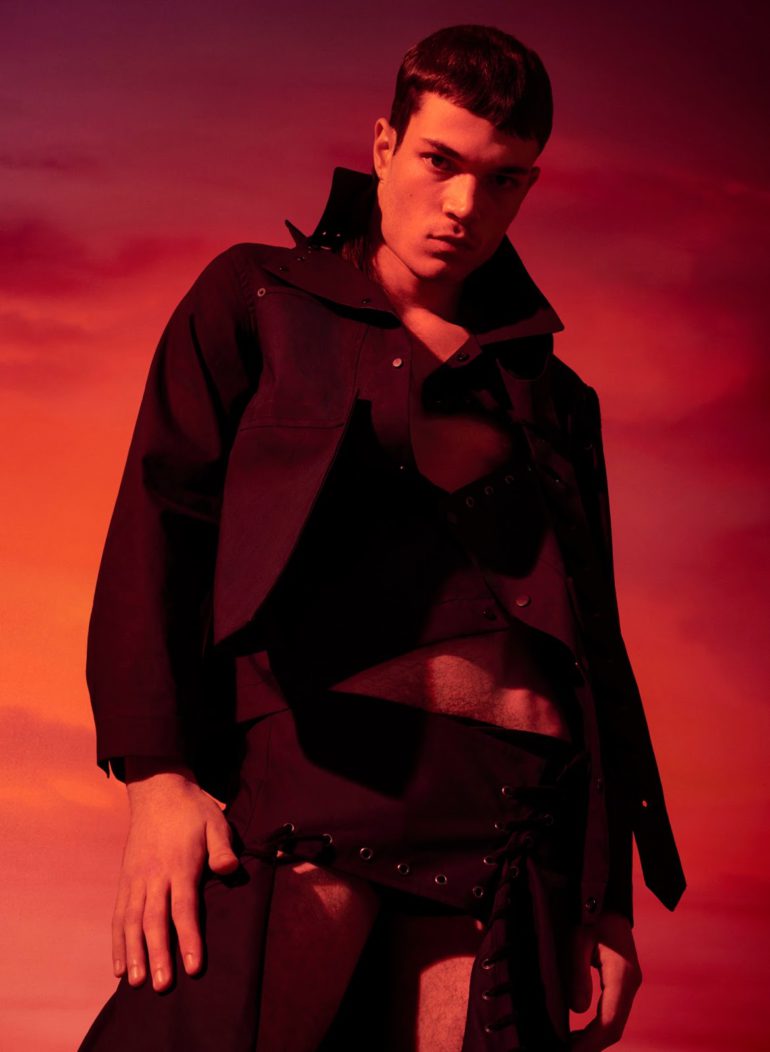 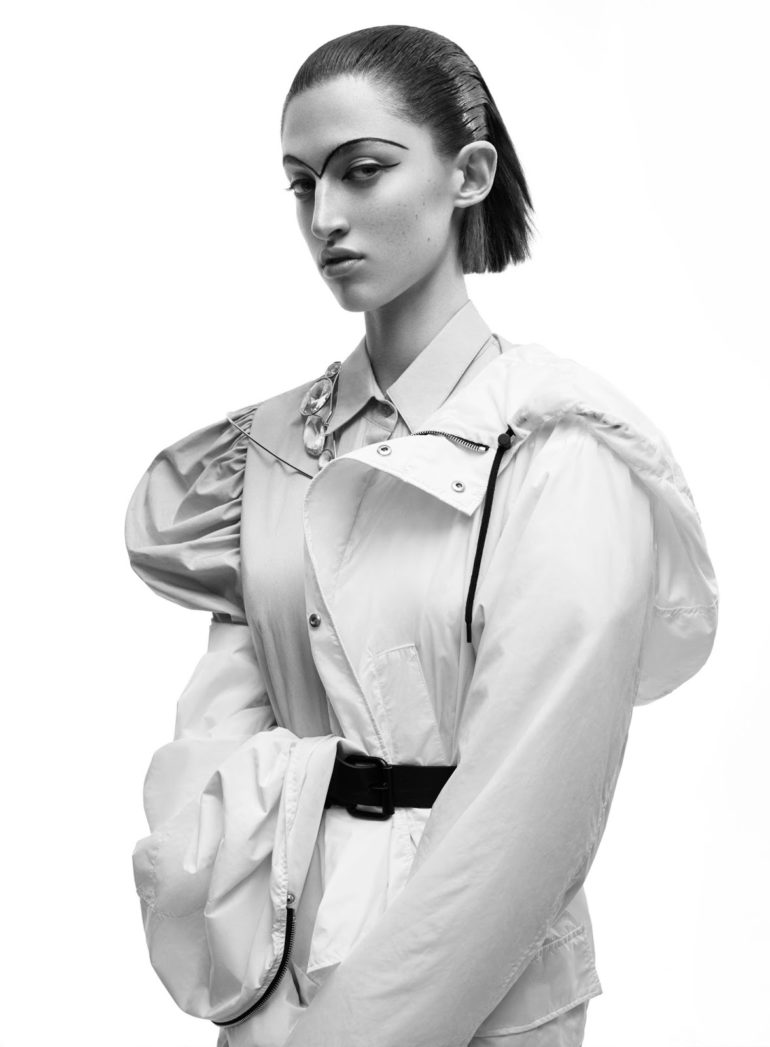 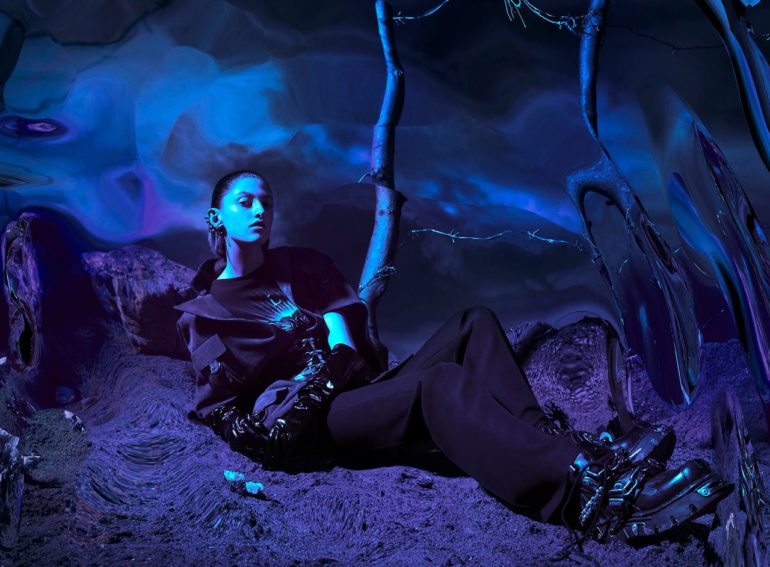 Georgia May Jagger in 'Beauty' Garage

Dare to Explore the 'Allotropes All of Us' in A Magazine