Anna Cleveland is “Like a Diva!” by Miles Aldridge for Vogue Italia, March 2017

Anna Cleveland rises like an aria come to life in “Like a Diva!” by Miles Aldridge for Vogue Italia, March 2017. Anna delivers a Diva like performance, in this exquisite editorial made to mimic the many colors of the operatic institution. Leave it to Aldridge to bring the demands of this melodramatic story into the constraint of the common editorial. Creating an arch of imagery we get the sense we are watching an opera mid aria.

Act 1 Scene 1 – we watch with deep admiration as Anna invites us to join her in this theatrical event. Couture blends into the backdrop as a variety of distinct elements share the spotlight. High fashion is formed with dramatic inclination, exposing a lavish array of decadent display. Cast in crystals, each gown comes into view, showing as much apart of the background as the set itself. Alice Gentilucci brings forth styles that simply sing. Haute couture hits a high note, with a series of looks I’ll refer to as a cinema of spectacle. Glossy pieces project a part of the picture proper, while the subtle undertones portraying a portion of this puzzle ensemble. Art and excess unite as this celebrates dramatic design.

Seb Bascle crafts locks that brings the house down. The curtain lifts. Pursing each page we calmly take in the caliber of coiffured creativity – and then we realize – each image provides a new act. Unique structures celebrate Hamlet’s, (with a simple alteration), The Hair’s the Thing! Shapes seize the day from a two-sided pop-out with a fan on top, to a perfect circle that presents like a head ball. Her hair is so exquisite we find we have to take a moment to recover. Hark the Herald Angel Sings ~ with her hands held up Cleveland plays the part, appearing as if she’s in the middle of a grand aria.

The singular sensation of this story sets in motion the delivery of display. That’s to say, that as Miles composes this piece he works almost like a writer, creating an aria for a singer of distinction. This depiction gives a view of the operatic world with an creative bend, allowing Madam Cleveland the opportunity to express herself. And, though this is a tale told within the fantasy realm, we as the audience, get to imagine the experience. This unique production requires a kind of vibrancy left to the hands of Mr. Aldridge. Verbose in her actions believable in her stance, Anna takes this way beyond the scope of modeling proper. Moving from dramatic acting to vocal display, this extends into the theater realm.

Forget what you think you know about pretty proper, this performance focuses on the art of attraction. Makeup artist Stéphane Marais creates a face fit for the theatre proper. Bejeweled beauty comes to be wrapped in a plethora of pageantry. Eyes speak the language of the stage, as black strikes, leaving the look of a perfect wing. A dramatic, dark line makes its presence know, striking below, creating a kind of mirrored anti-wing. Her lips meld into each scene, matching Miles’ dynamic backdrop with utter perfection. While requirements for the operatic stage run wild, there’s one thing that remains sure… the skin is usually covered in a powdered hue. This is less about a cosmetic choice than a distinction of character, using strikes above her eyes to evoke a feeling of change. Leading forth it brings to mind Shakespeare’s powerful words… “All the world’s a stage, and all the men and women merely players; As You Like It. 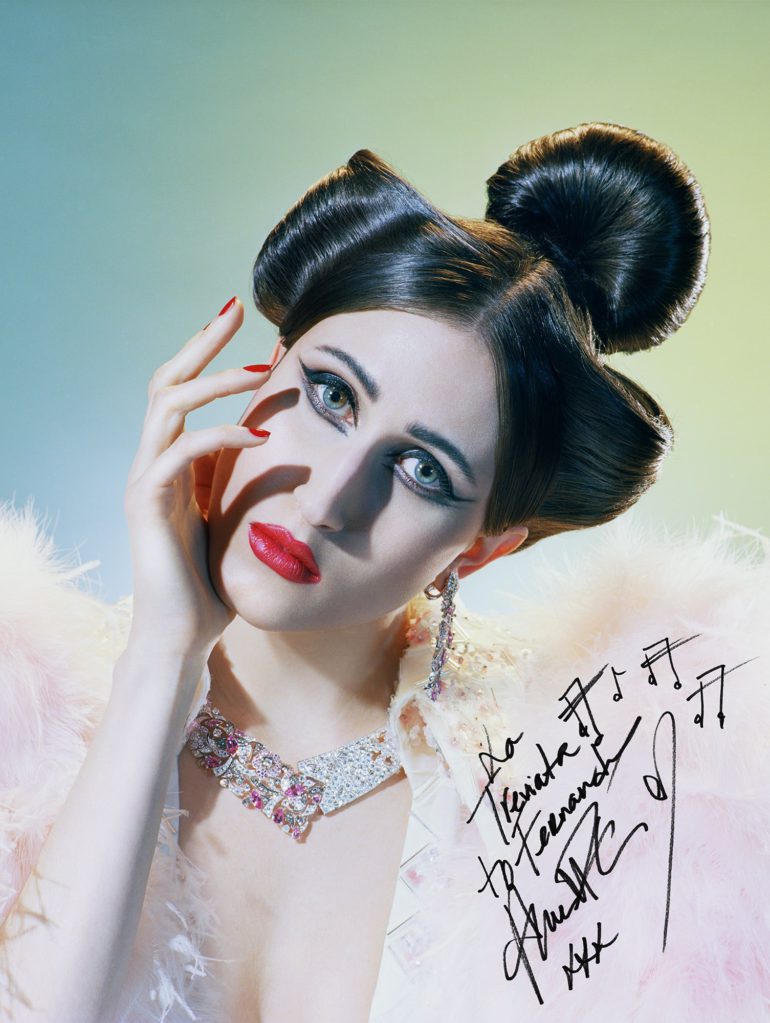 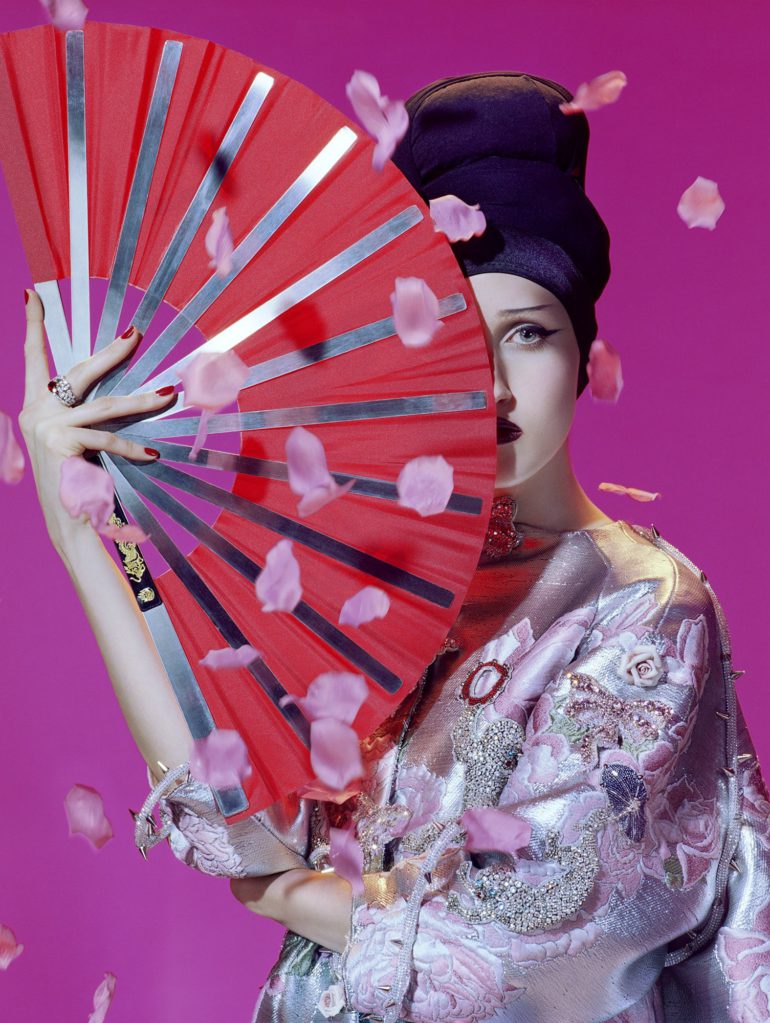 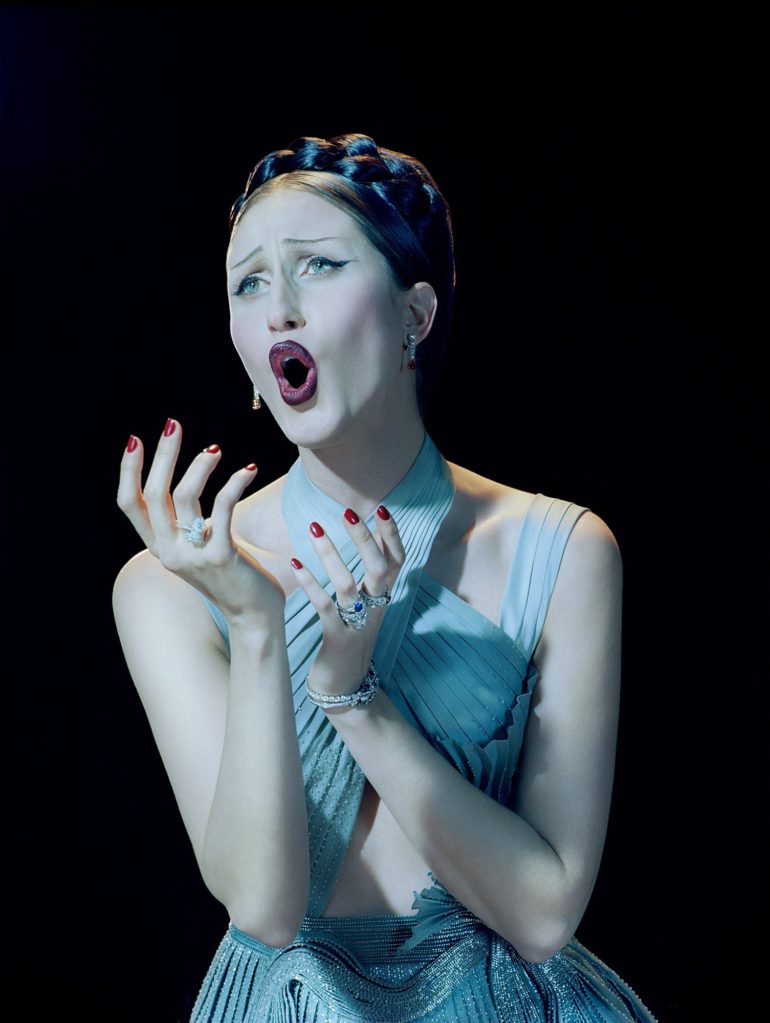 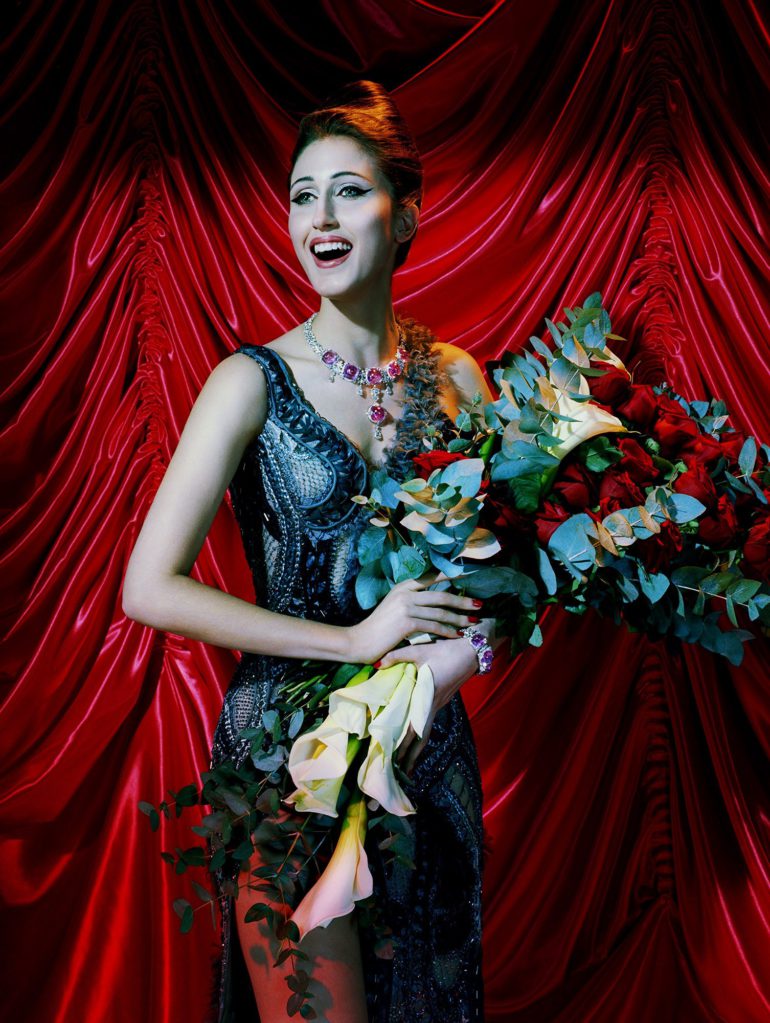 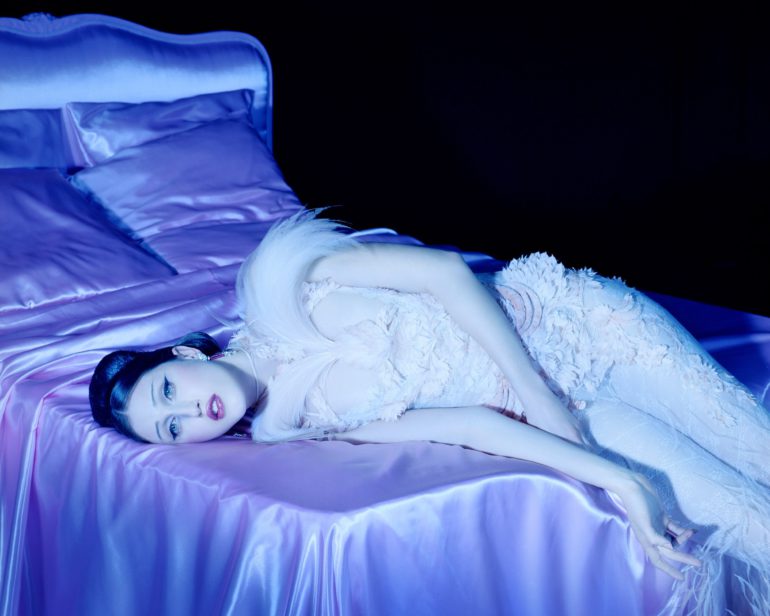 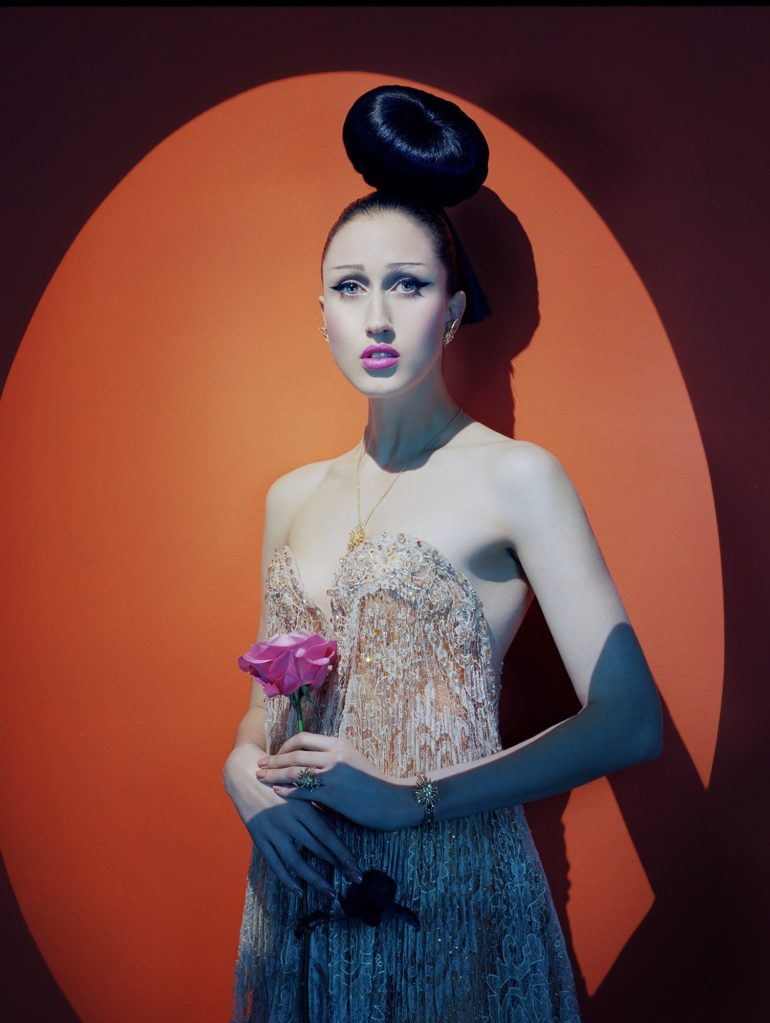 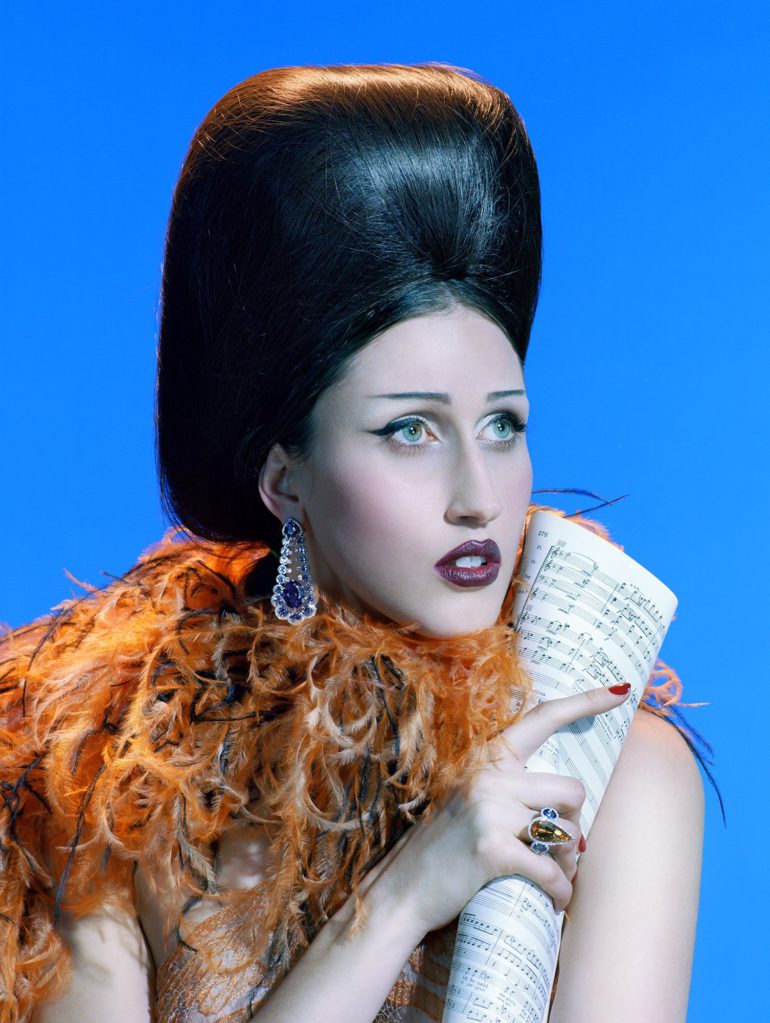 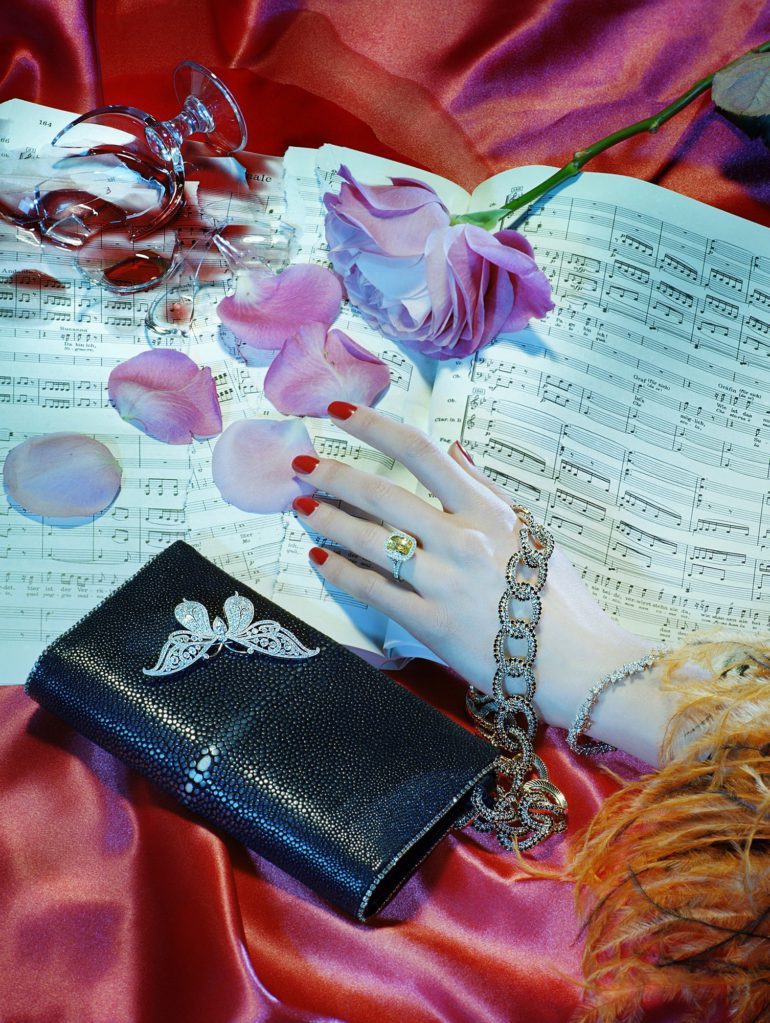 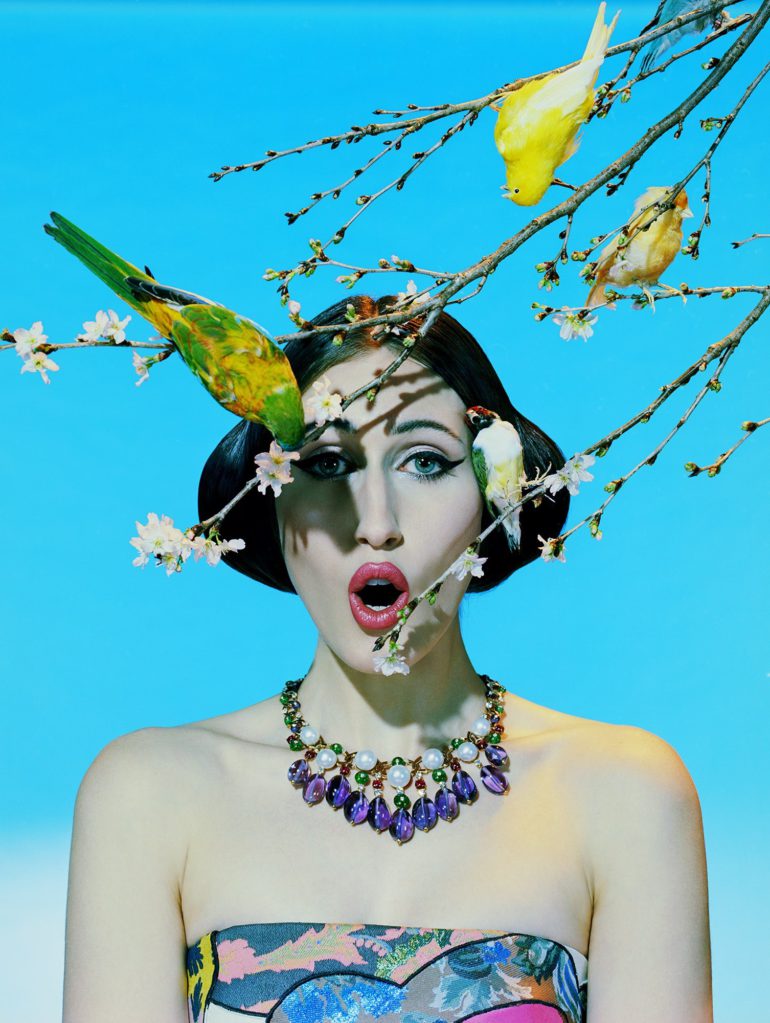 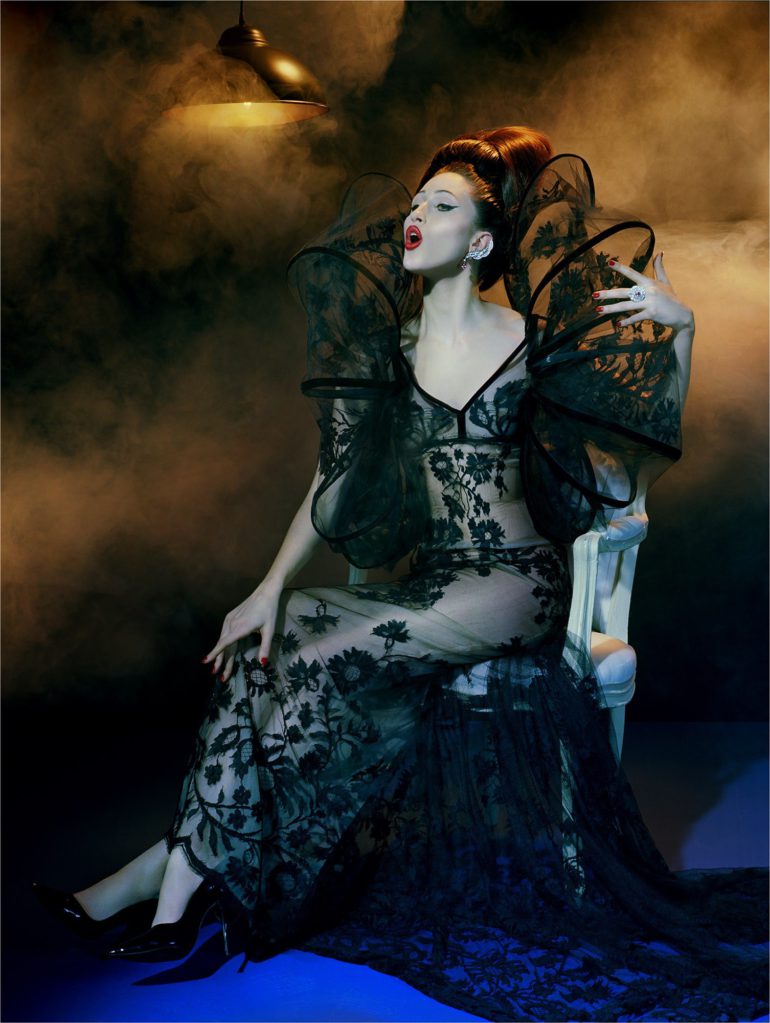 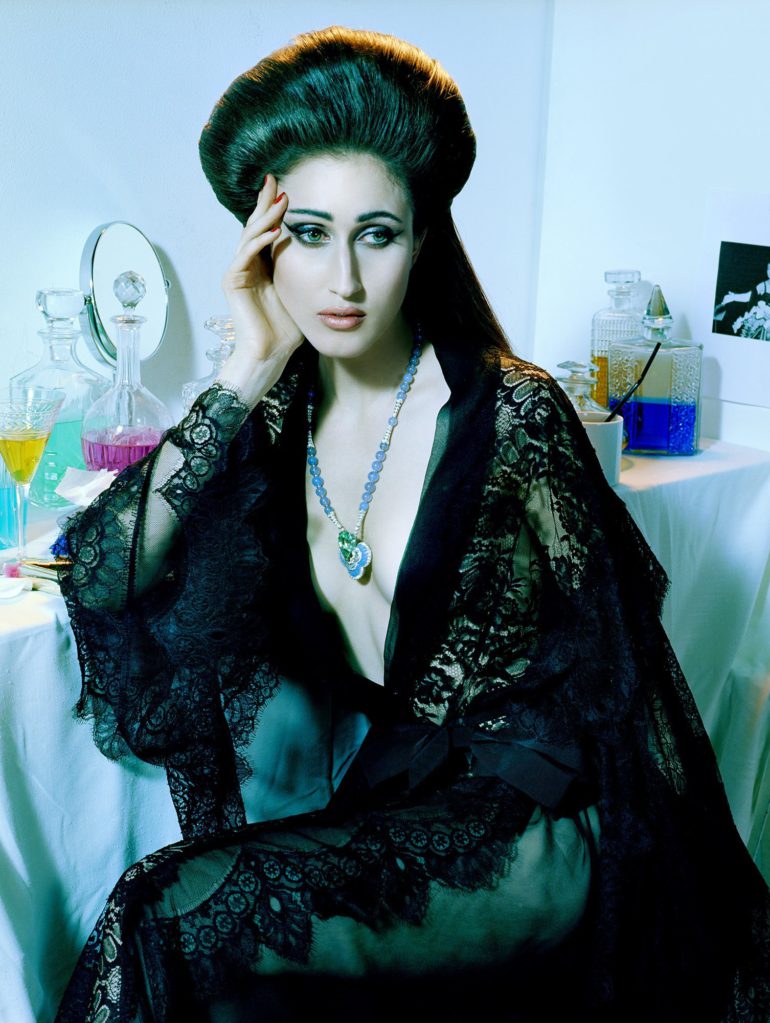 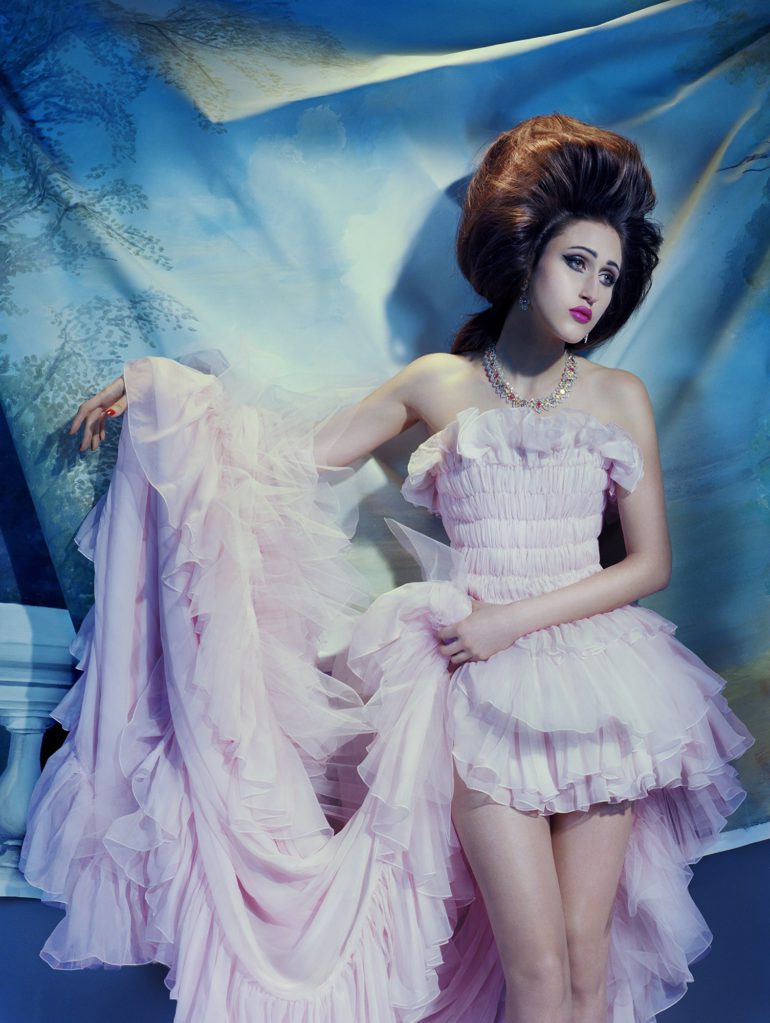 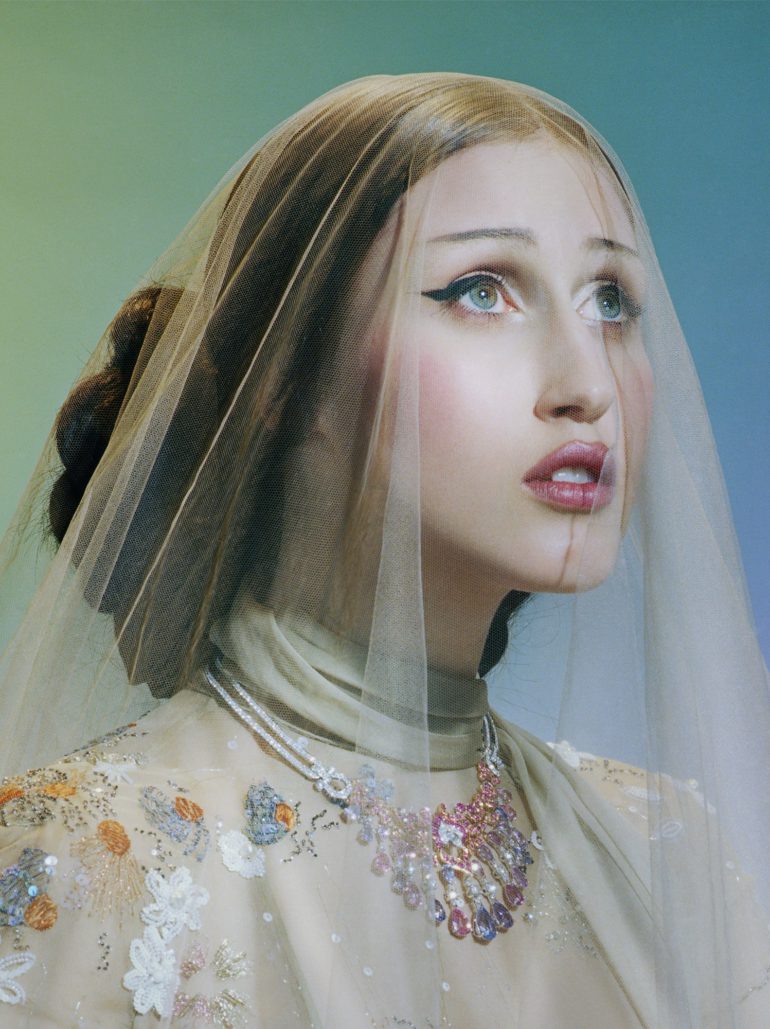