Craig McDean leads us down the path of poetic discourse in “Today’s Stories” for Vogue Italia, 03/17. Above my baron buttocks lay an egg of which to be. A vibrant round coming down to tell a tale of the. Not perfect in shape nor vibrant in shade, for what ran down her shiny spine was dripping in oblong ecstasy. What awaits inside this misshapen mystery is what though shall crack to be within it borne. A fair find we set ahead to score a maiden’s eggs for whom they shore. Stark in presentation, a woeful egg would be, yet sitting here upon this back is a burden yet to see. Hark fair maiden come to me and tell a tale of woe, in rightful angst of bleeding hearts will hang but just below. The supple shapes of a back not broken by life and all it’s charms. Is strength found not in shallow ponds but dug in the depths beyond. I shall not grovel for wellst it came upon, when I sought it as if it were my own. I reaped the honor of which I sewed and gazed upon a star, for this eggdom faire led me to my own true love afar.

The chaos of kinetic energy is captured in stride with Angelica Erthal walking forth like a work of art. Daring to wear a white slip over a black & orange striped dress, she stands out in checkerboard tights of the same color combination. Sh**-kickers never looked so chic with a double-sided profile portrayed in a short skirt. Each image dances on the border between festive and freaky, by narrowly escaping the confines of typical. Benjamin Bruno brings a sense of whimsy to the set, with a cool collection of crazy couture. Cara Taylor stands in front of two lines of used tires, looking like she’s set for a slick new ride. Dressed in all black, she exudes power with a voluminous, silk chemise and a tight skirt to match. Changing it up, she slips into an inkblot test dress, taking the idea from cute to a crazy. A large cowboy hat tops the next look off, with an outfit comprised of a pantheon of patterns, going from circles above to stars on her tights. Perusing each picture opens your mind the idea of extreme, from cleats being transformed into spiked heels to an assortment of ingenious accessories. Kiki Willems is dressed in all orange matching the “Men Working” sign to perfection. Standing in front of a created construction site, she dangles an all black backpack with the words “see u later” written over the front.

We start this story by following the captivating curves of Kris Grikaite’s face. This is not pure fantasy merely an invitation to explore. The music of existence is underscored, as Diane Kendal uses the angels of display as a modern metaphor for life. Here, the application of makeup is used to enhance natures poetry. Skin tones appear enticing as highlighting techniques are used, with the primary focus being to make features pop. Comprising sections of our current atmosphere, snapshots are arbitrary yet succinct, driving home the idea of chaos. Alive with a kind of neo-kinetic energy, there’s a sense of purposed isolation and loneliness to these pictures. Art eludes to our vast escape from emptiness. The eagle is ablaze as the fire of the flames both reflect and electrify. Danny Mannix stands half naked with an eagle spread across his chest, as beauty burns bright, like candles on a birthday cake. Glowing with an enticing aura, the image erupts as scintillation works to intoxicate. What I carry on my back is a secret never told. An oblong shape that hides in plain sight, a place I forever hold. Once a year we hunt and gather, pillaging for hidden eggs. A hard boiled thought of soft spoken words linger in my mind. Don’t go away… Don’t leave My Sight…  to Scramble Your Mind Ablaze. Moving in poetic harmony this editorial is a gesture of inspiration.

Action makes the eyes stand out, as Kendal finds the essence of aggressive application, when using this makeup concept. We get the idea that the addition of black liner is drawn excessively around Angelica’s eyes, as a statement of purpose. Shay Ashual follows this tale of tenacity with hair that gives a unique view of our current atmosphere. Sassoon comes back with a bowl cut that re-imagines the bob, while Kiki gets crazy with a blonde, dark and red dew. Grikaite stands out with stunning aplomb, as she shows up looking like a 40’s star of the stage and screen. Shay gives her a blonde makeover that is so Marilyn inspired, it’s almost like looking at a modern day version of Ms. Monroe. We can see the angst coming through, as ethereal clouds cover the lovely Kristen Owens, giving us a gorgeous double take. Jordun Love celebrates the beauty of now, with enticing imagery that emanates throughout the story. In harmony with his surroundings, his gestures rise to meet the moments and then fall in fluid form. 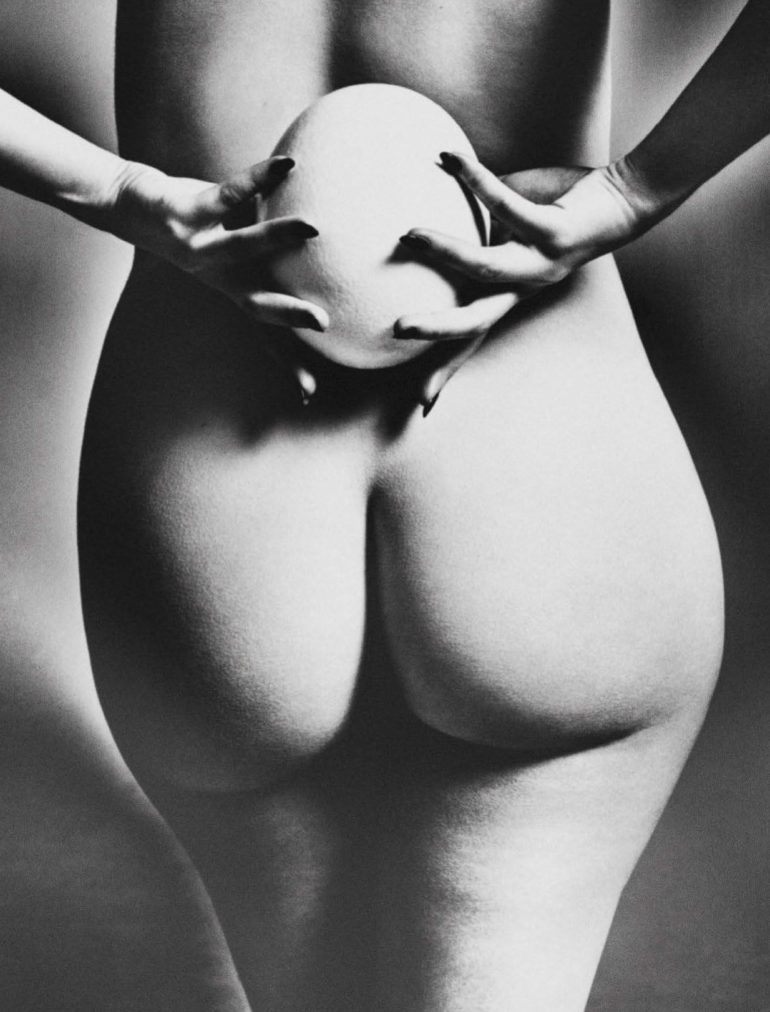 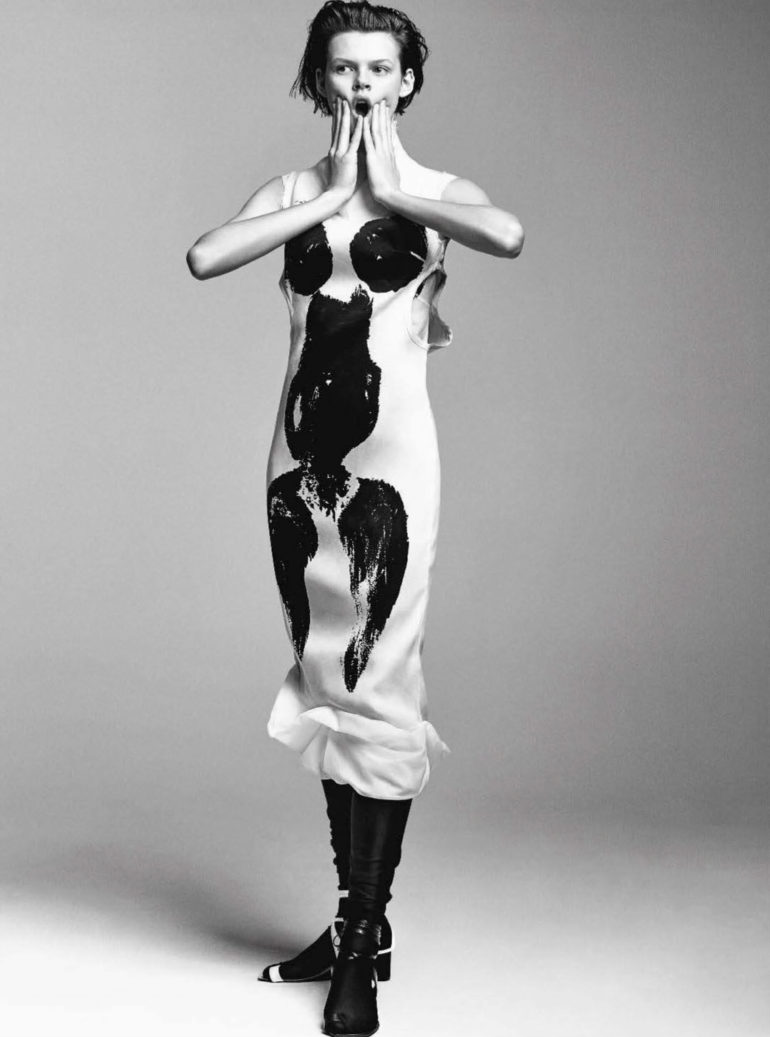 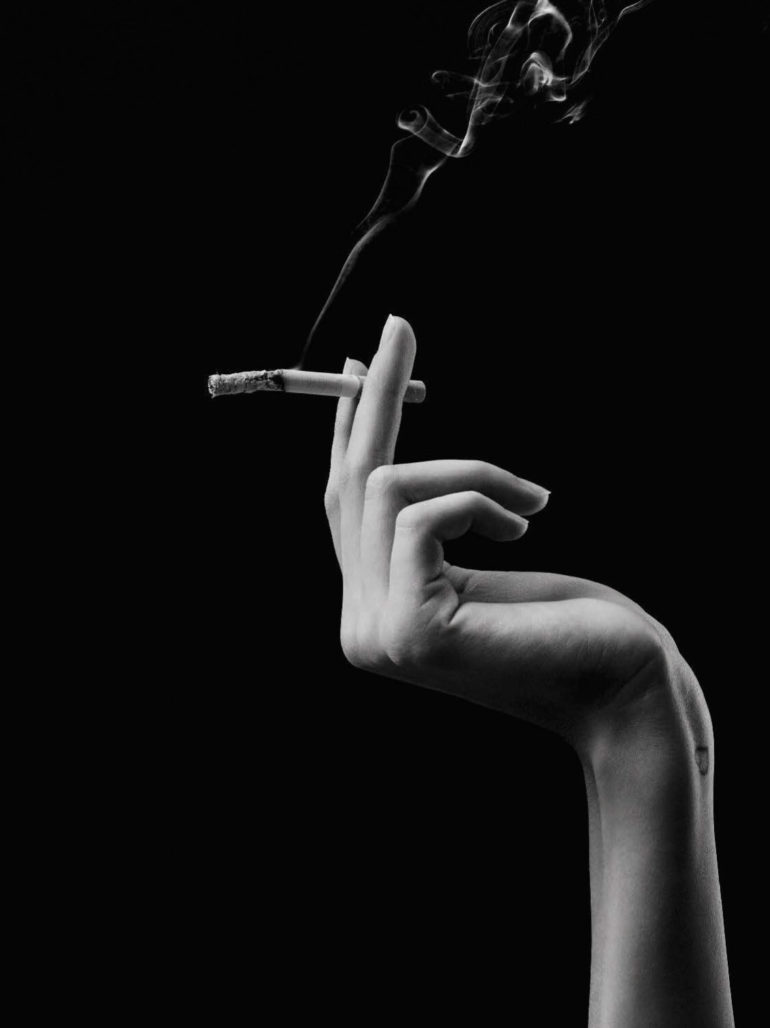 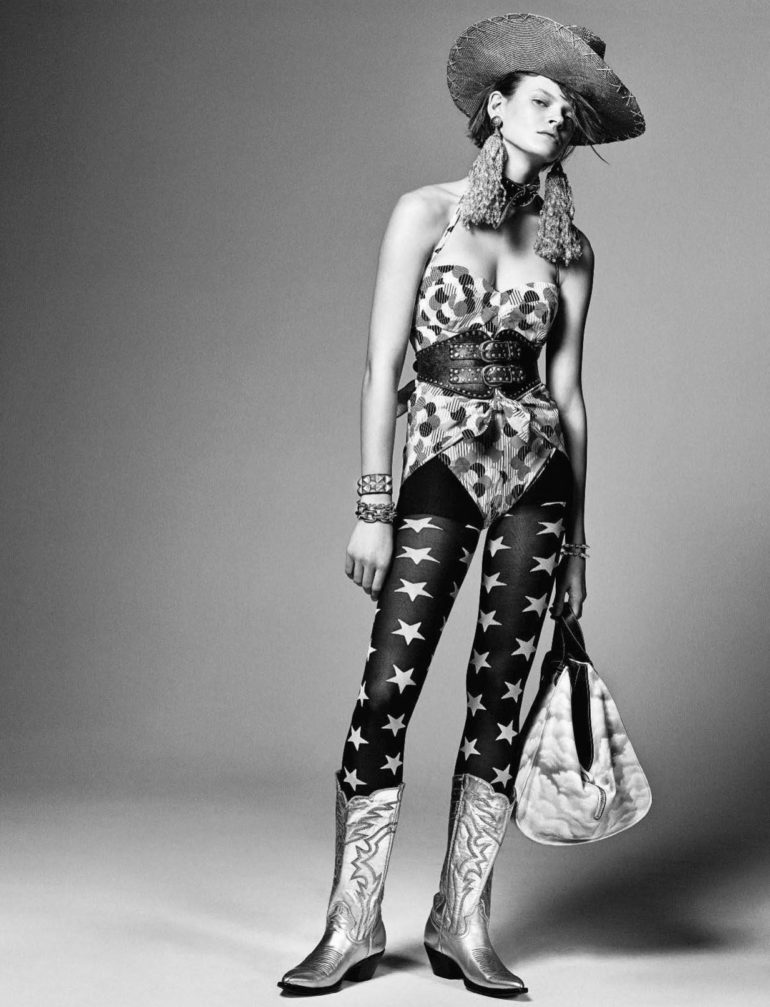 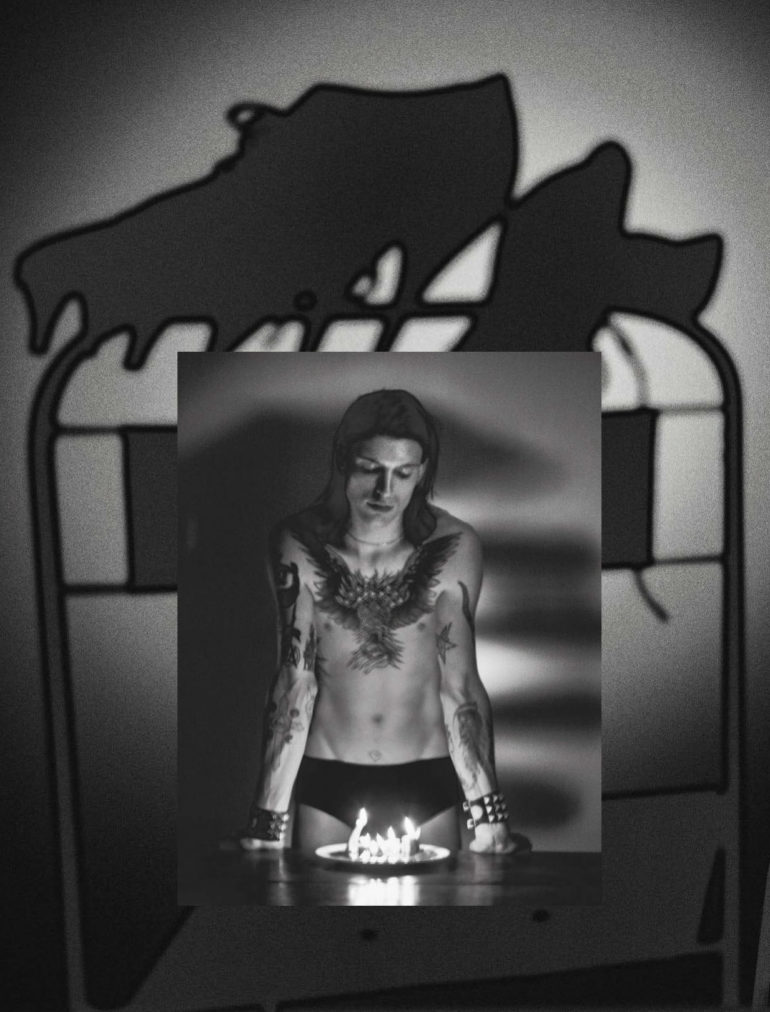 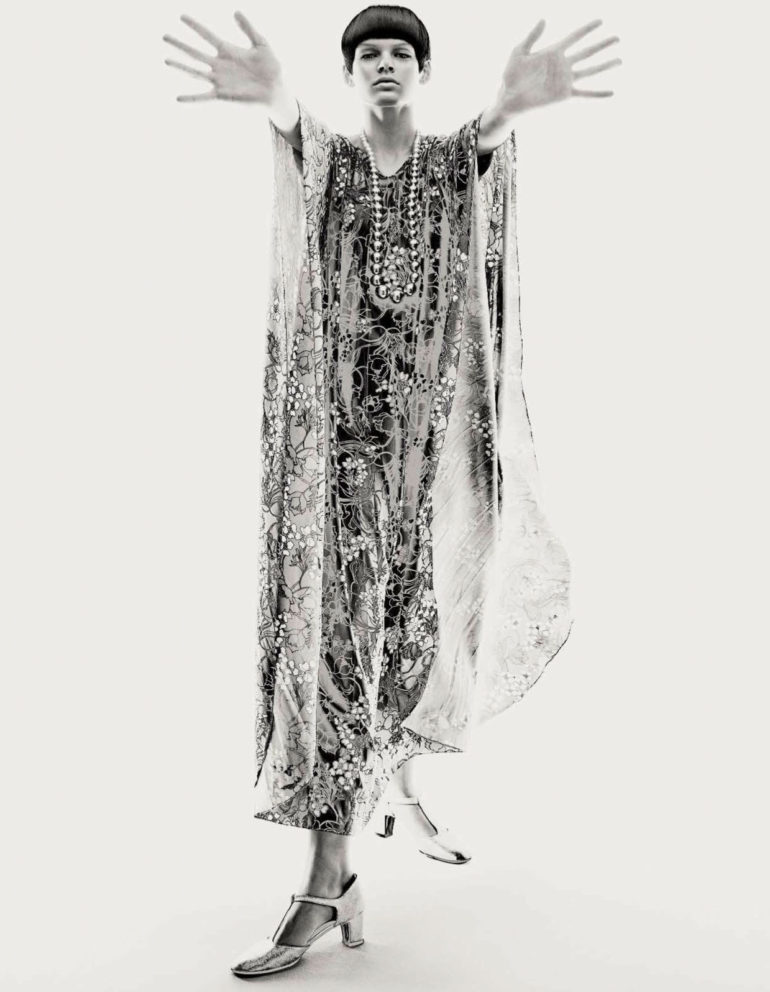 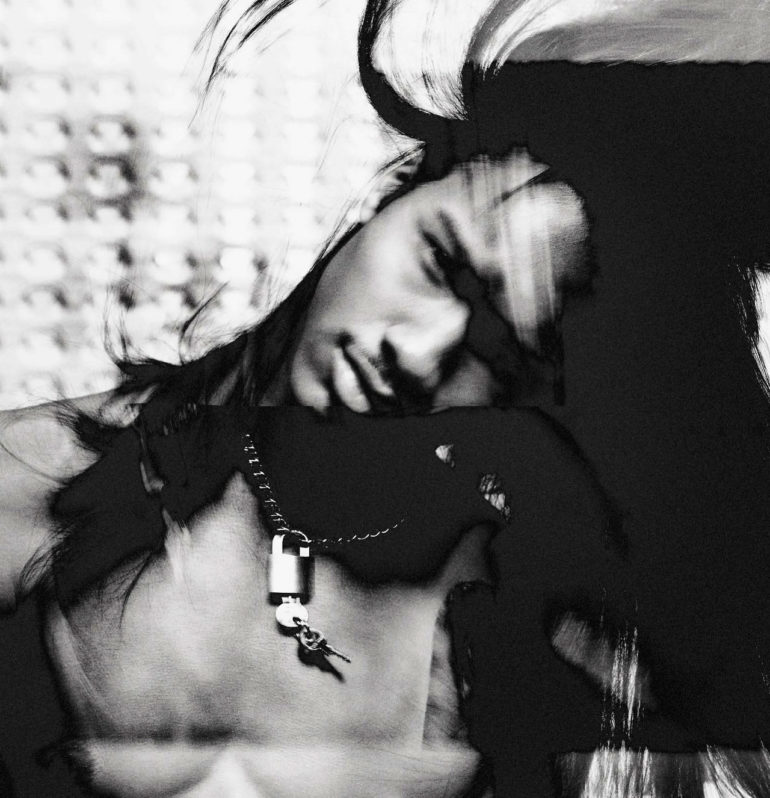 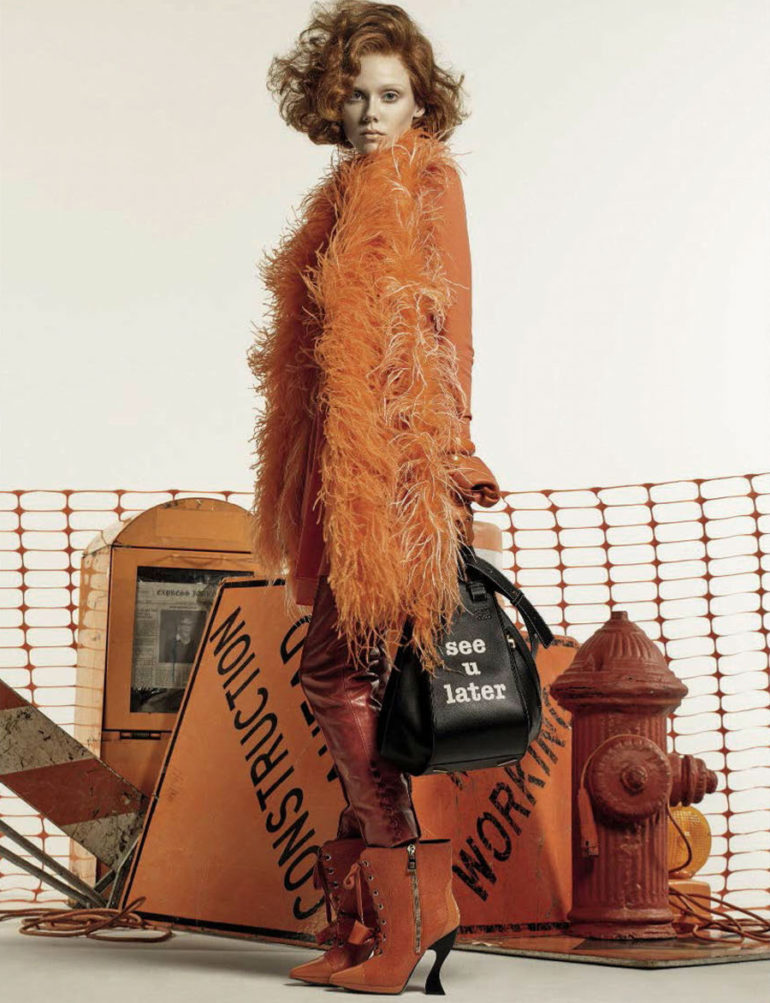 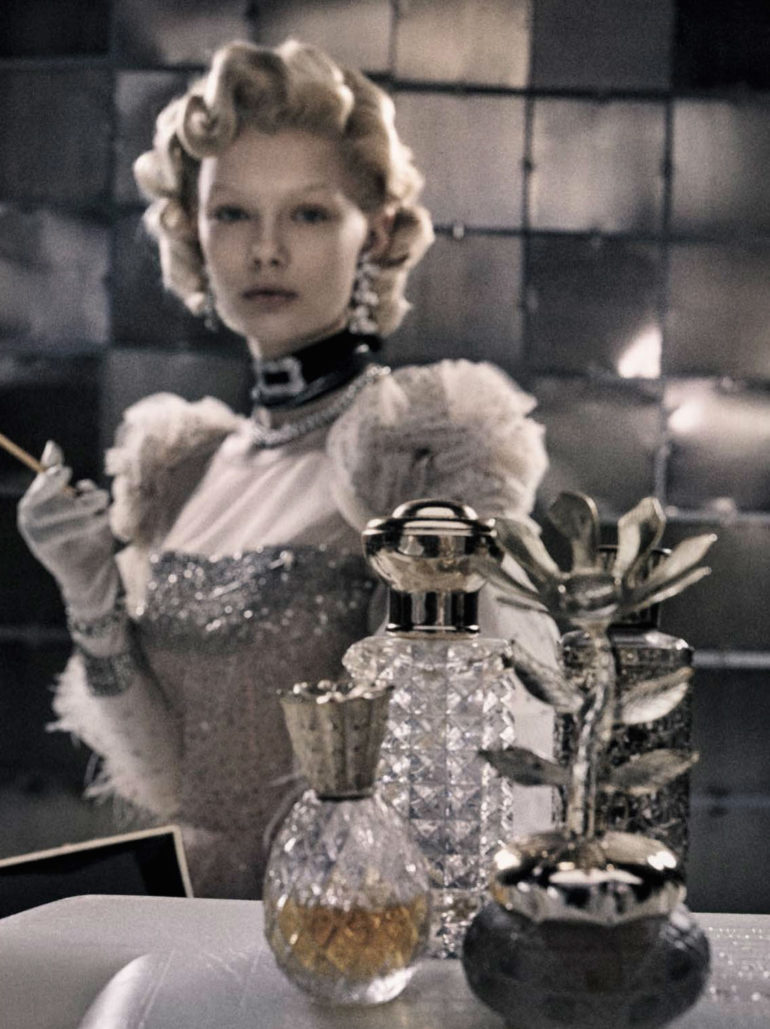 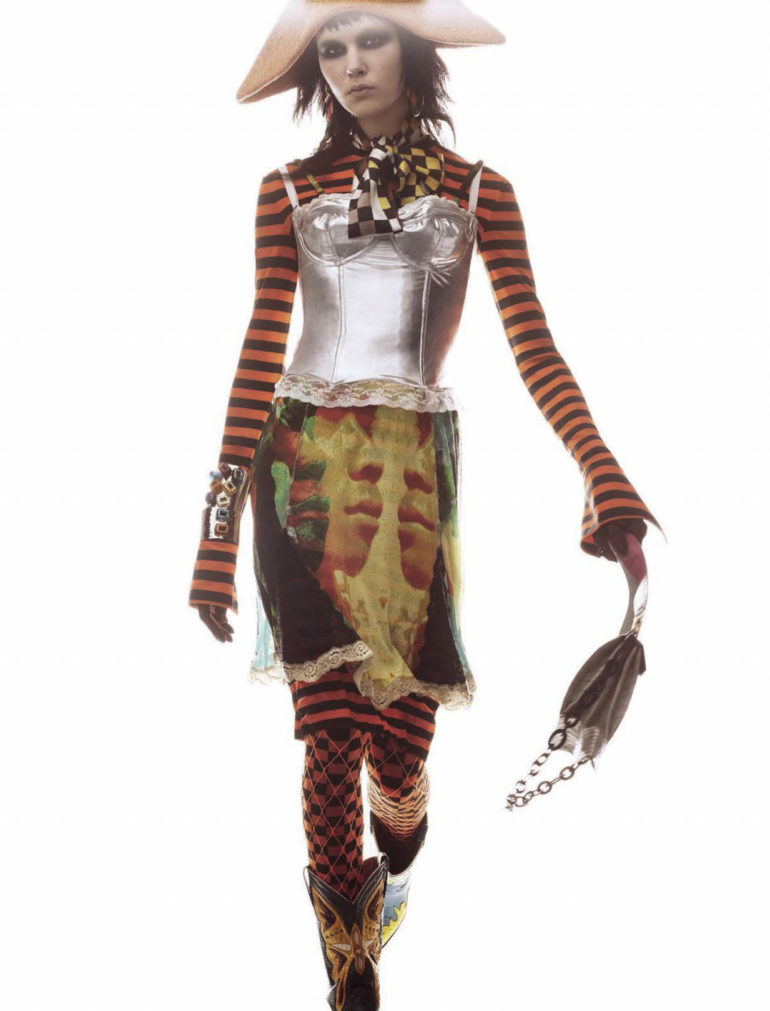 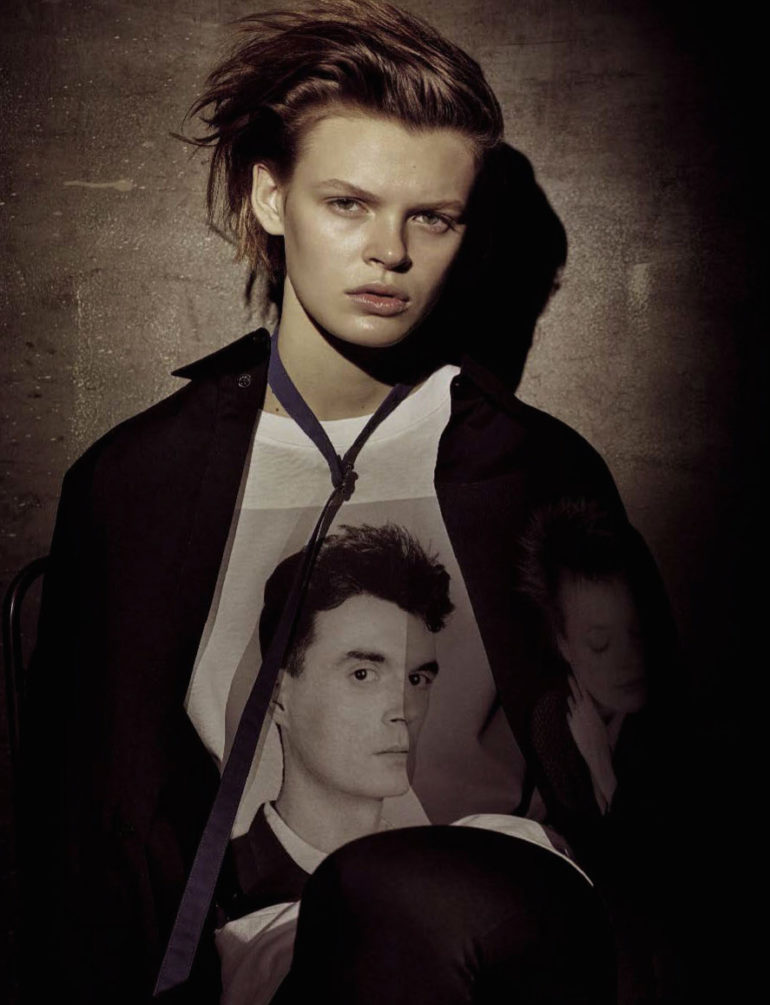 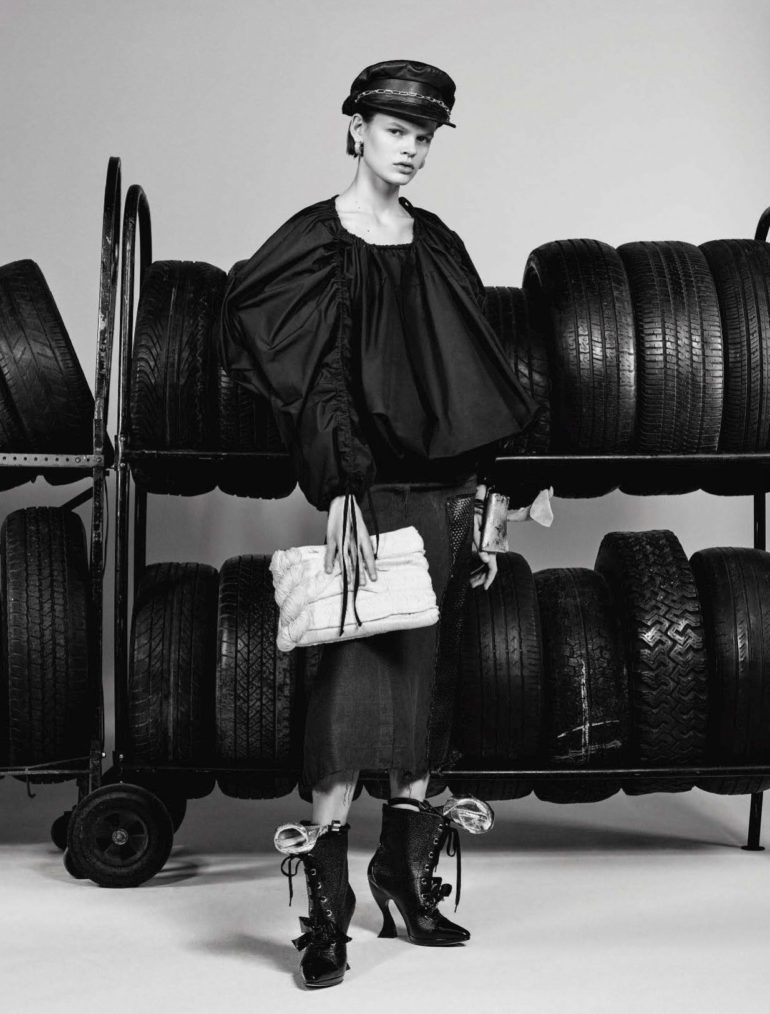 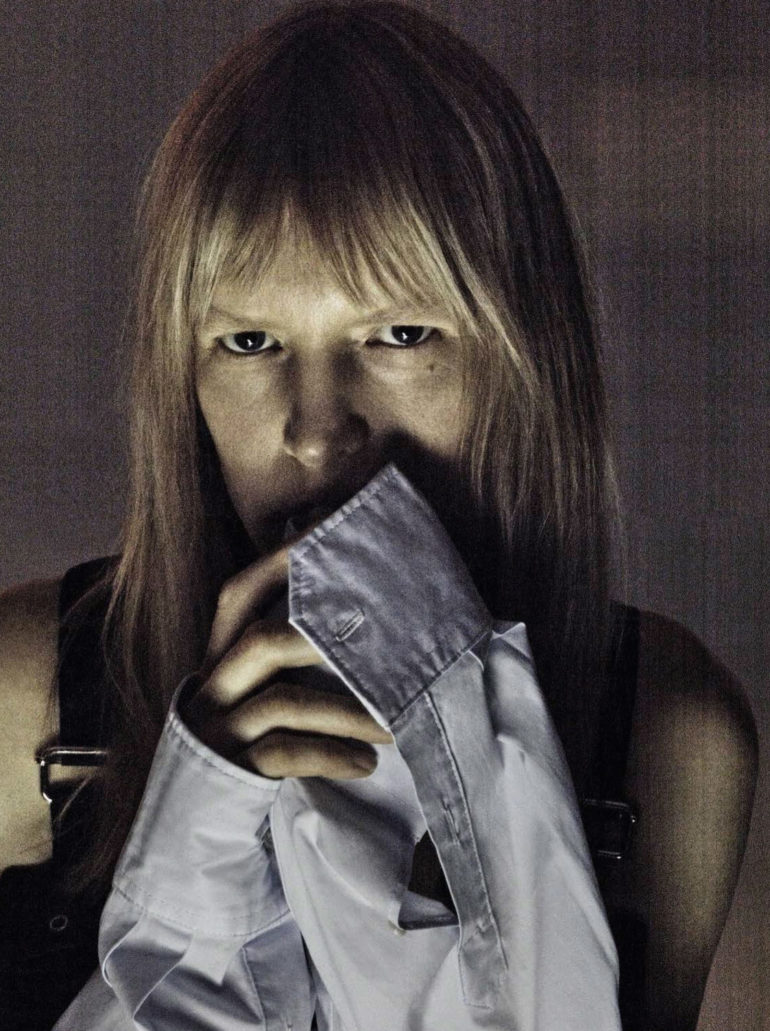 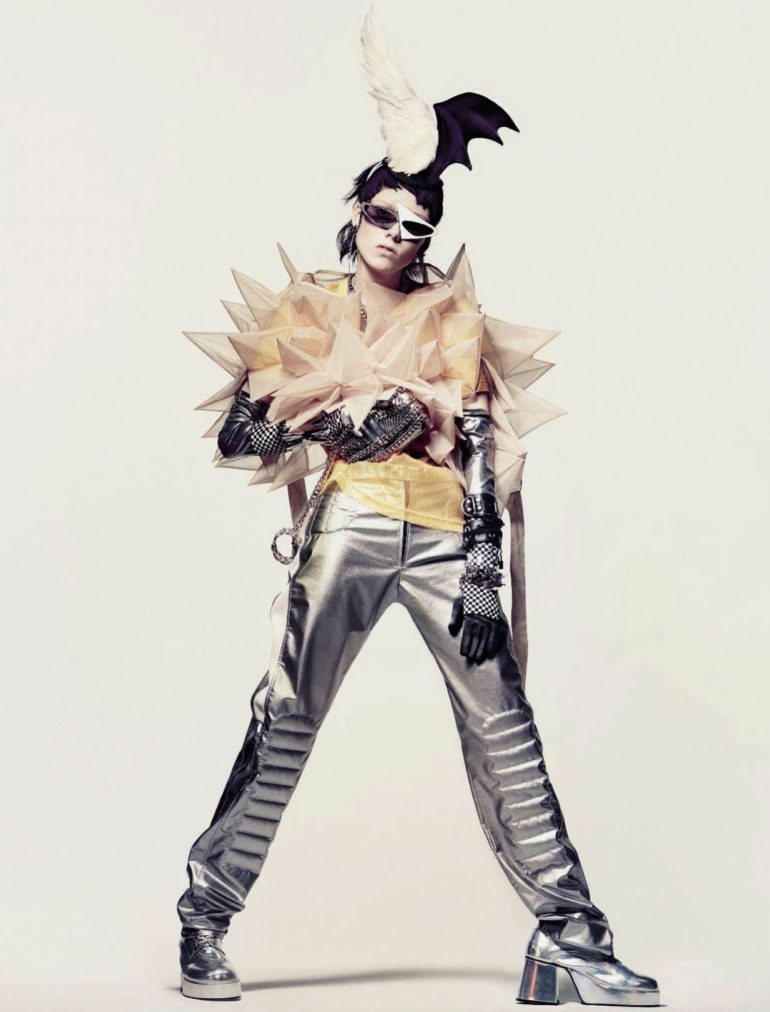 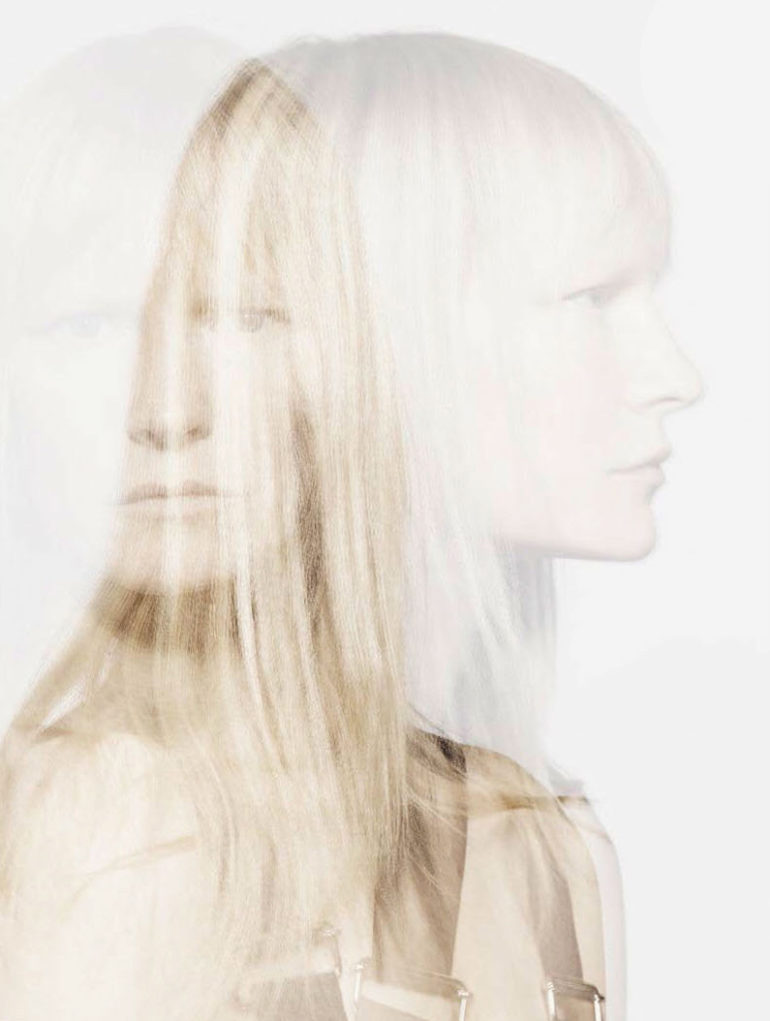 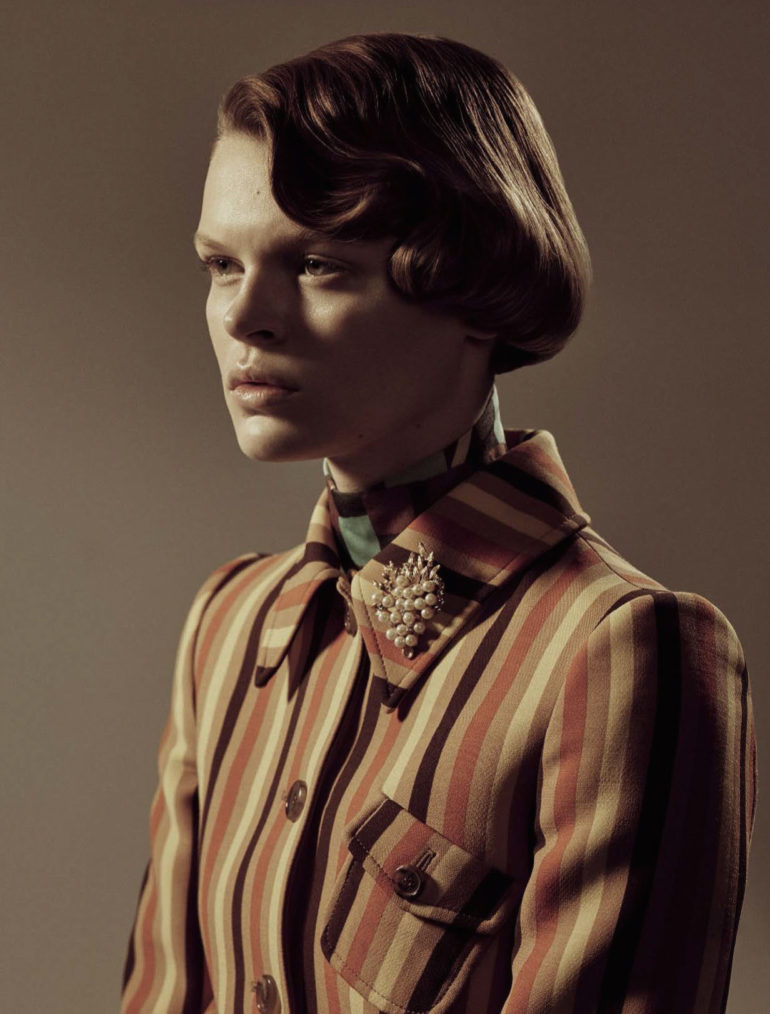 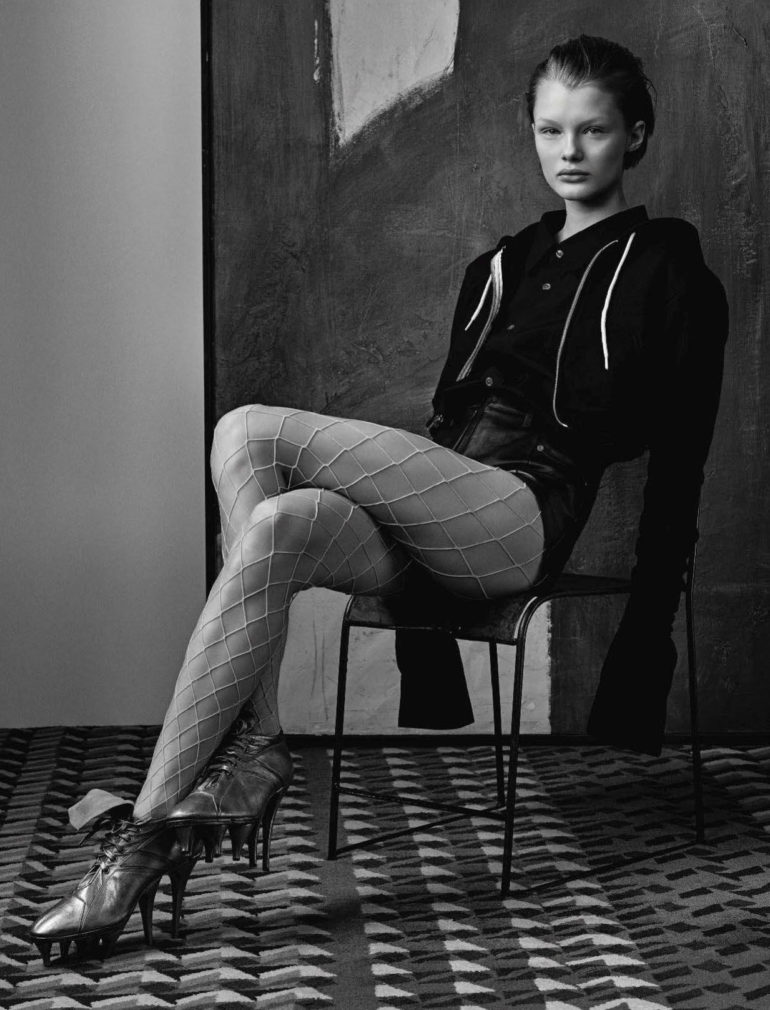 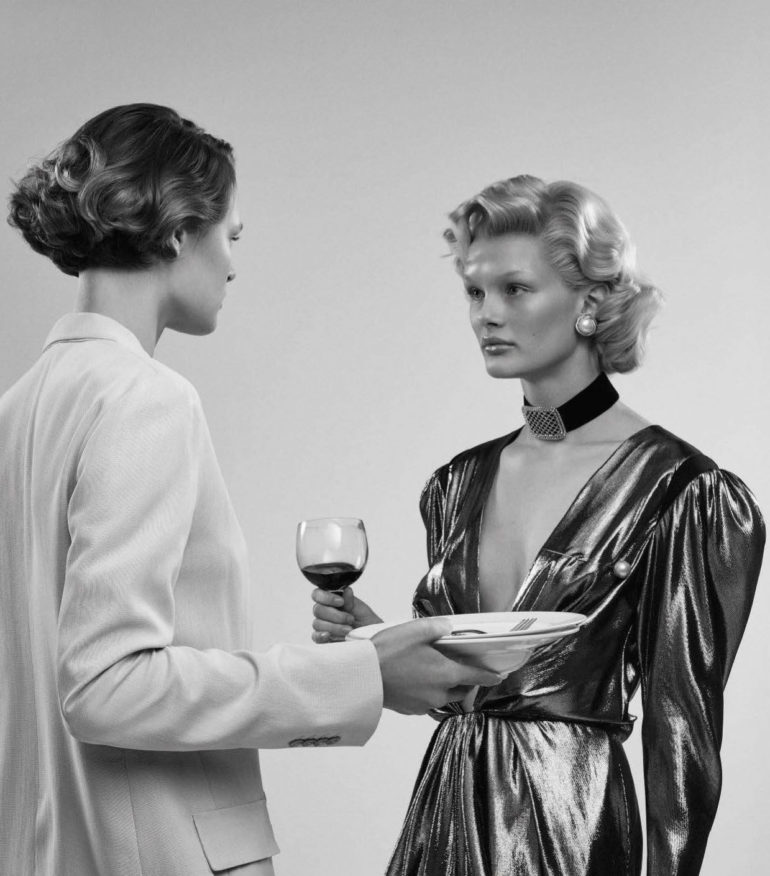 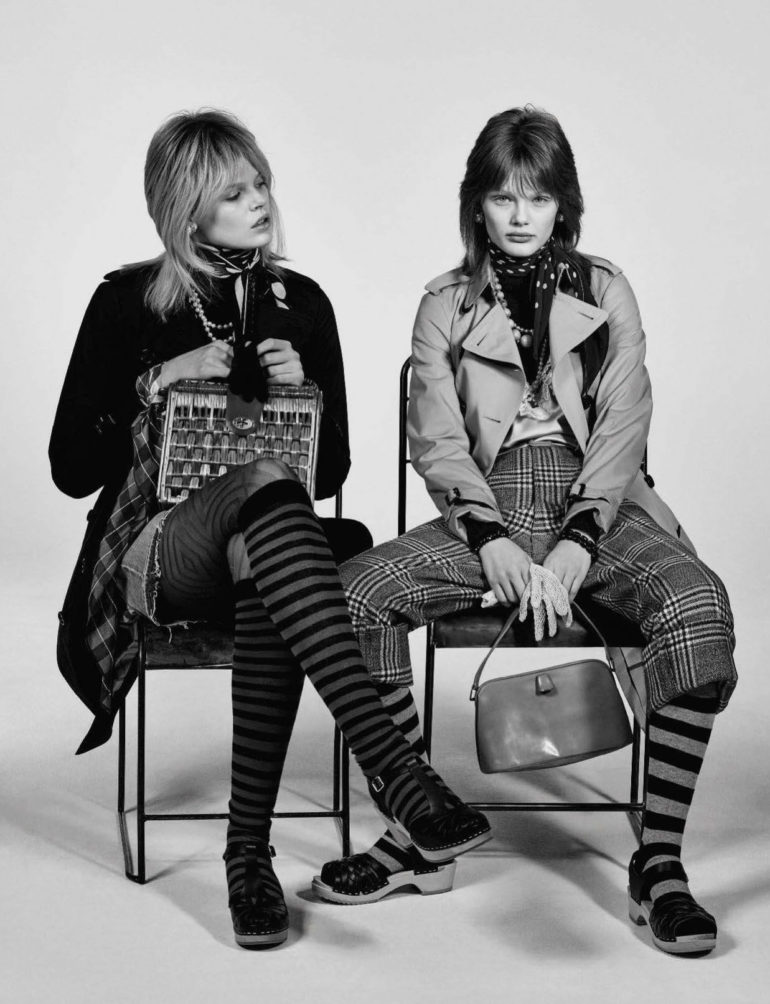 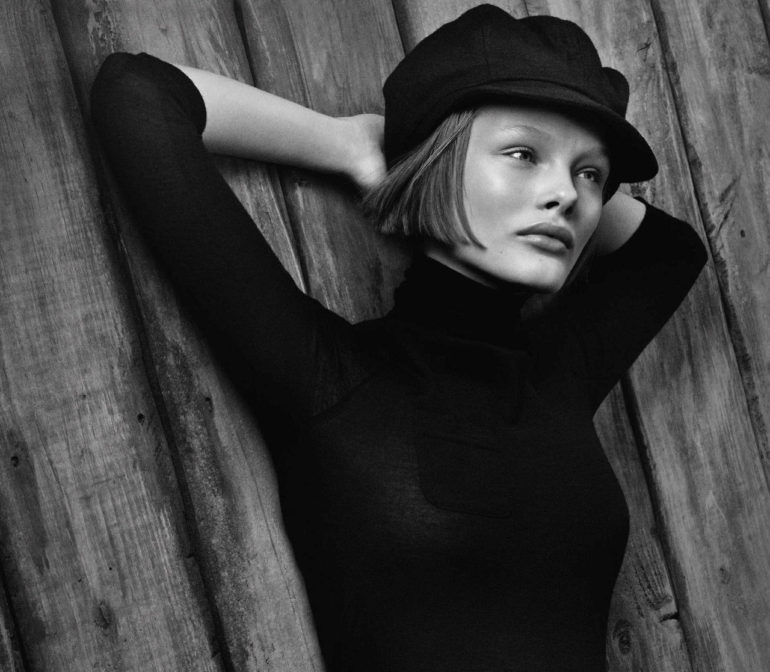 Saskia de Brauw Doubles Up 'It's A Matter of Shape'

Malgosia Bela Stuns 'The Story of M' by Craig McDean

The Subway Shifts to a Mystic Underground "Urban Fairytale"