Anna Cleveland is part of a new revolution in “Viva La Resistance” by Jean Baptiste Mondino, Hunger Magazine #12 2017. To calibrate the contention of chaos one must be willing to rise up and take part. Anna invites us to witness this story from a unique vantage point. The circle of truth is told… for what is forward is always seen backward and what is ahead is always viewed from behind. Once in a great many years you come across a fearless female, who’s less about modeling proper than the art of exposure. Enter the exquisite Anna Cleveland. Willing to draw outside the lines this girl marches to the beat of her own drum. She’s not merely a palate by which the artisans can portray their goods to be sold, this girl is a work of living, breathing body-art. A maestro of modeling, if you will. Elevating her standing to that of a seeker of knowledge, this independent creature is unbound and free. So, while she may be peddling these pieces she is also pitching the power of her persuasion. This goes far beyond the construct of daring, it’s a mystical morphing of the metaphysical. Cleveland has long been traveling this conceptual path. To honor this you must be willing to explore the avenues of existence.

Kim Howells redefines high design with couture that captures our imagination. Cleveland lives inside the fury of fashion as she stakes her claim on the avant-garde resistance. Moving beyond the bounds of normalcy, we venture into a world way beyond. A place where defiance is deemed acceptable. Like a proud peacock preening, Anna stretches her wings showing us the power of each piece. Gucci goes with the flow of multi-colored fringe, while Catherine Baba brings a brilliant hat that pays homage to the same silhouette. Louis Vuitton stops the show with a wrap dress done in two-tones and a Baba inspired foiled turban to match. Azzedine Alaïa breaks things up in black/white, with a fringed skirt and long, feathered earrings by Erik Halley. Givenchy pops with lines and spots, while Vetements hits it high with silver and Haider Ackermann goes for burnt orange. Angles erode allowing the archways of life to open. Evocative, provocative, dynamic and real. Embrace the resistance as you follow this path to the center of yourself.

The past a future collide as Marco Antonio celebrates the transformation of dramatic beauty. Ever morphing ever changing, each image allows us to meld into the music of modernity. A manifestation of makeup is all but a dream as avant-garde excess screams to be seen. Pictures project a sense of spirit with creative cosmetics uniformly applied. Matchy Matchy never looked so divine with colors that were made to combine. Tones of rebel red devour the scene while eyes are surrounded in an extreme state of green. Black and gold swirl around the lids only to be matched by a deep, dark lip. Fringe flies as the body moves, giving us a side shot of the neon blue mouth. The essence of ethereal changes the theme, shifting from ghostly white to angelic light. A cacophony of color surrounds the orbital area, leaving black feathers to create a dramatically defined topper. Peaking under a head of red Cleveland stands in poetic reflection, as her mouth aches with a similar shade. Mirka Mysicka goes from long to short and faux to real, using a variety of wigs shades and styles. Anna’s image in quadrupled, as she dances in the dark wearing a chic short shag. Going for Gold in a Pierre Cardin, the dress has gigantic arm inserts that are made to be a haute couture circular event. 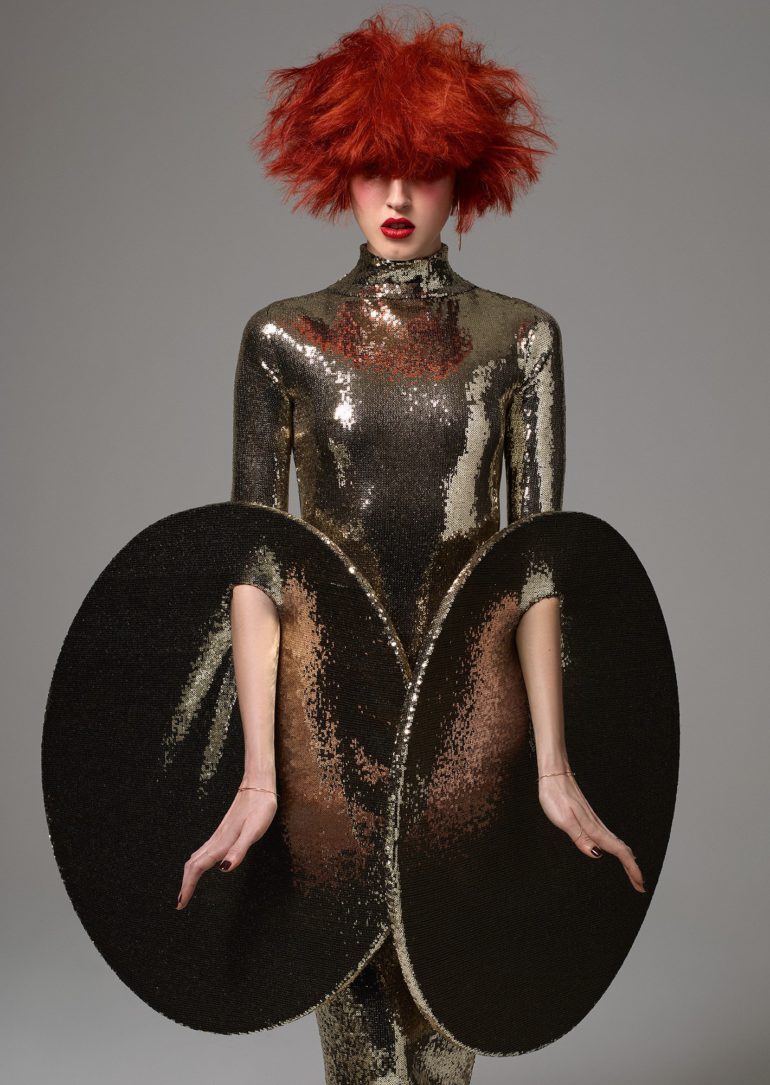 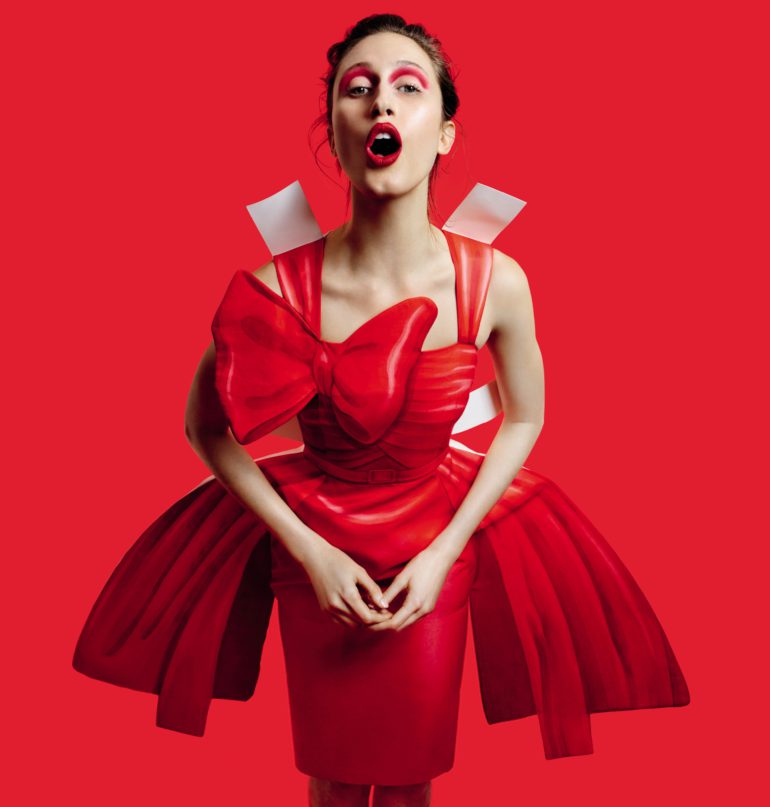 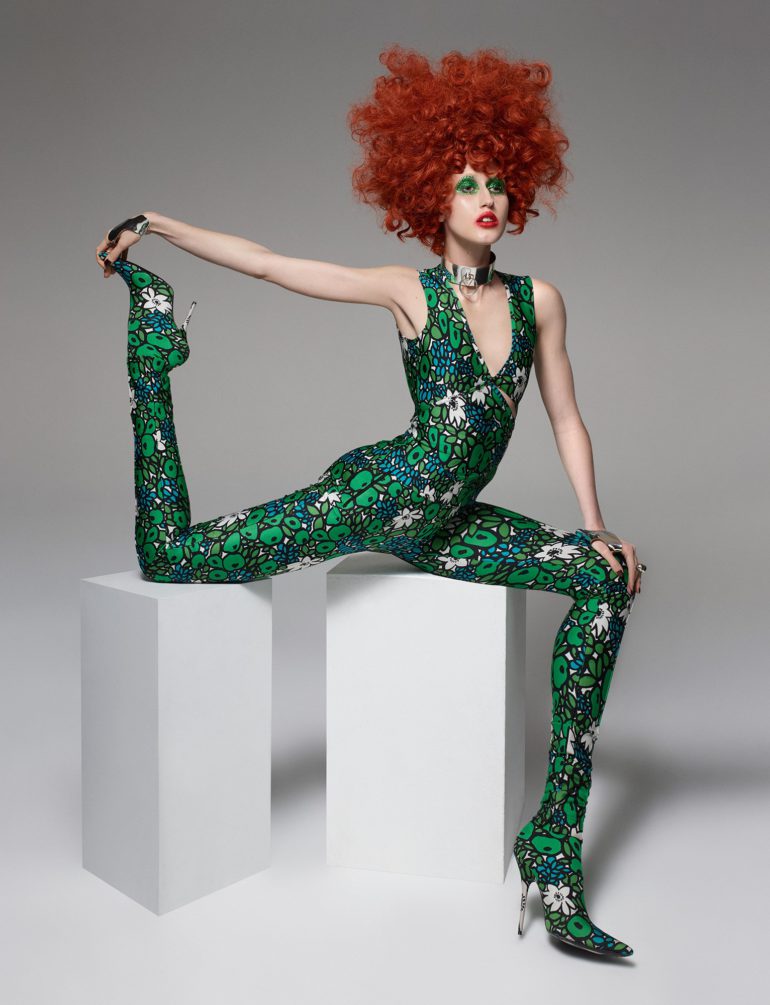 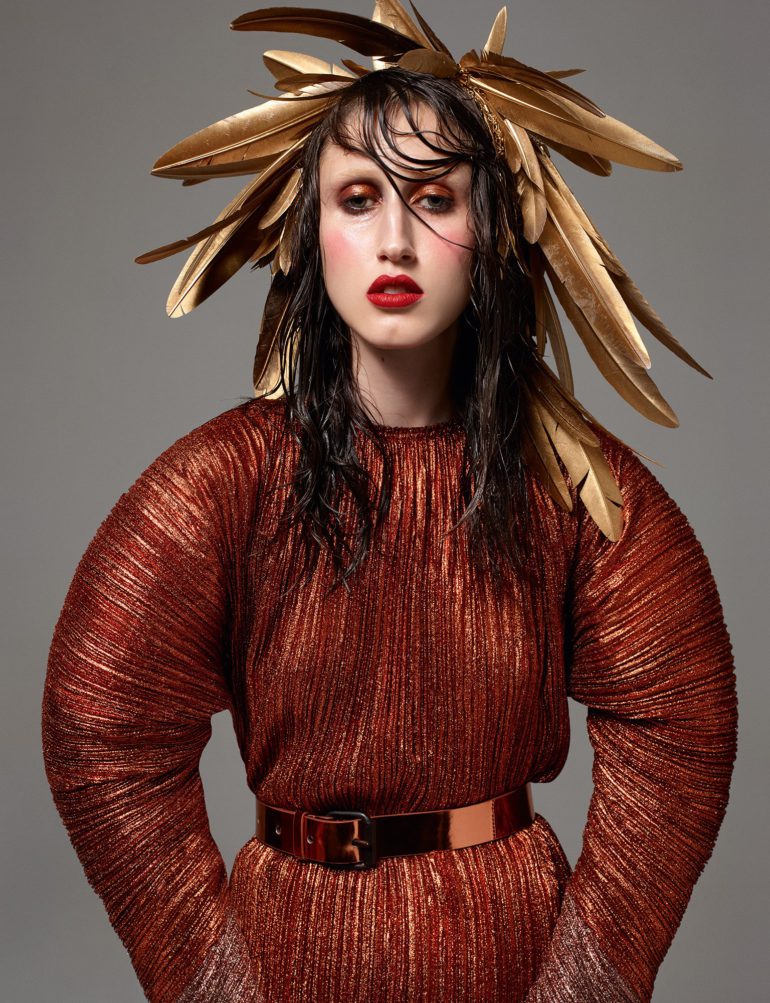 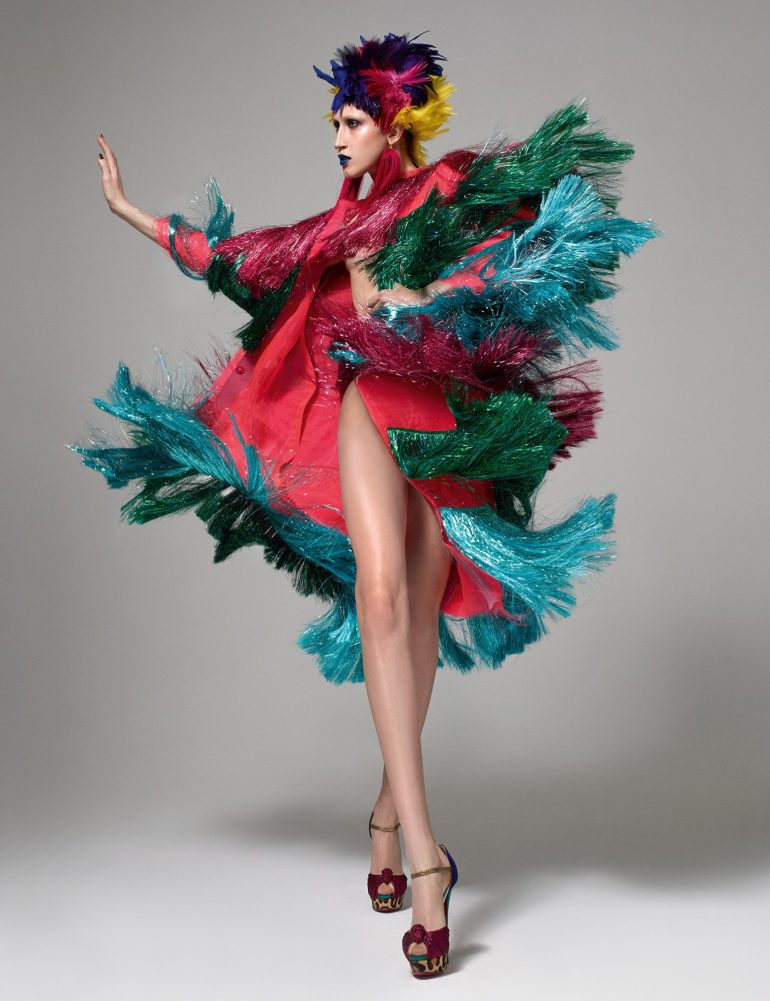 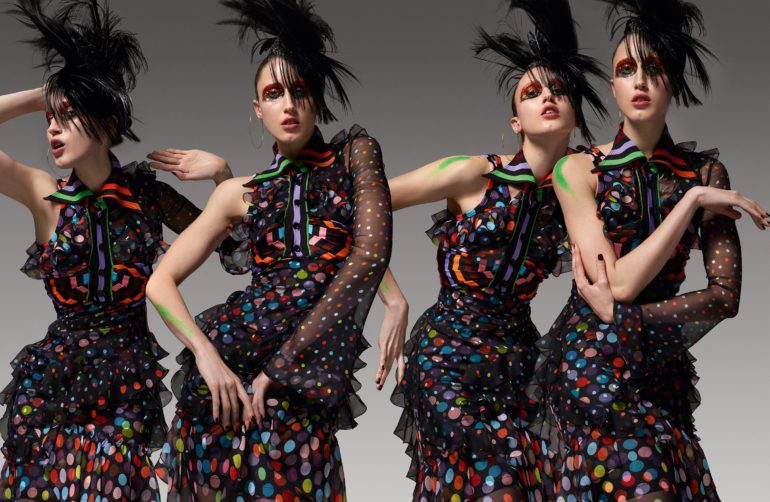 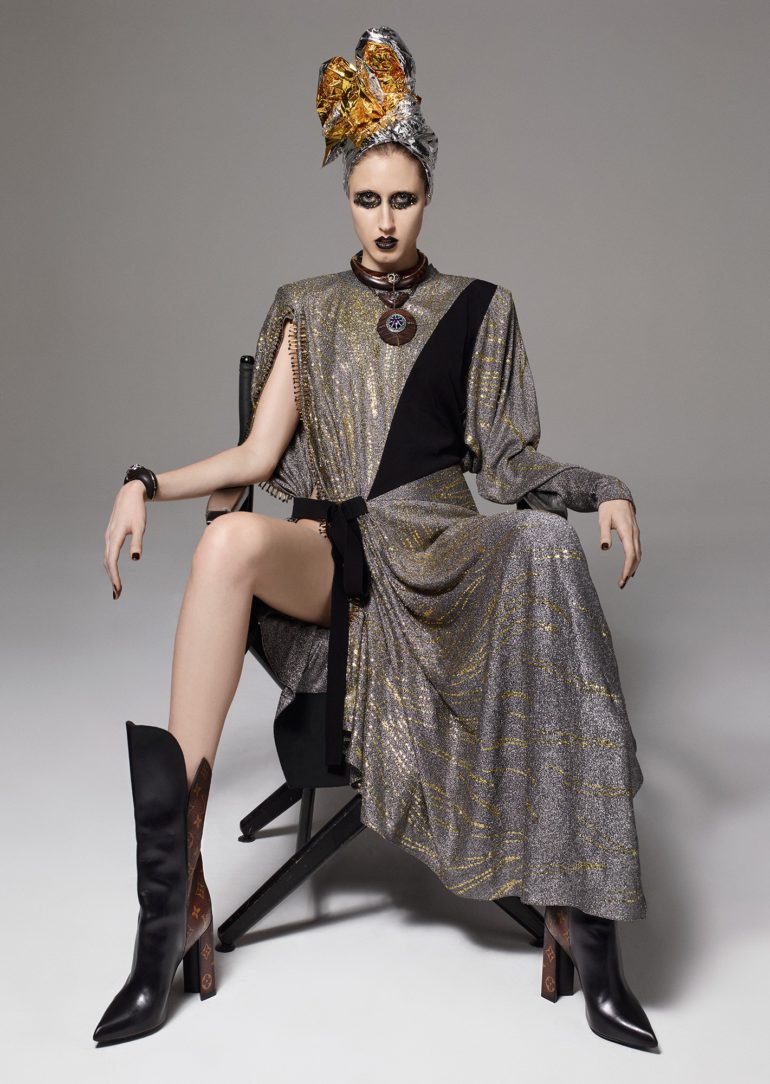 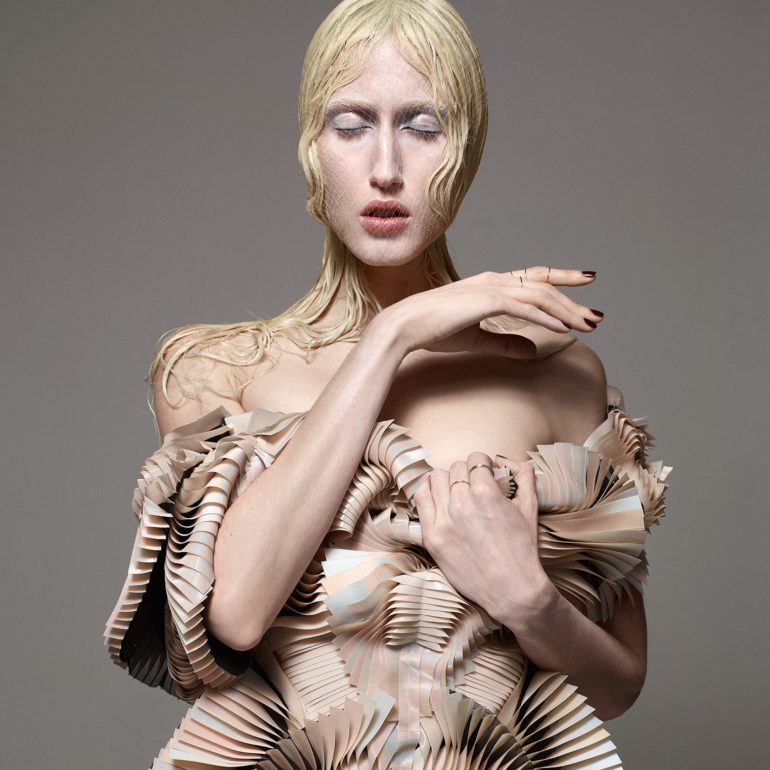 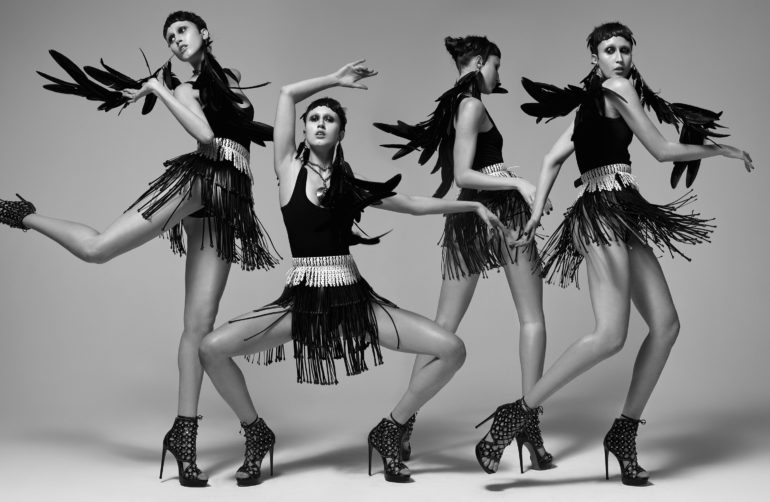 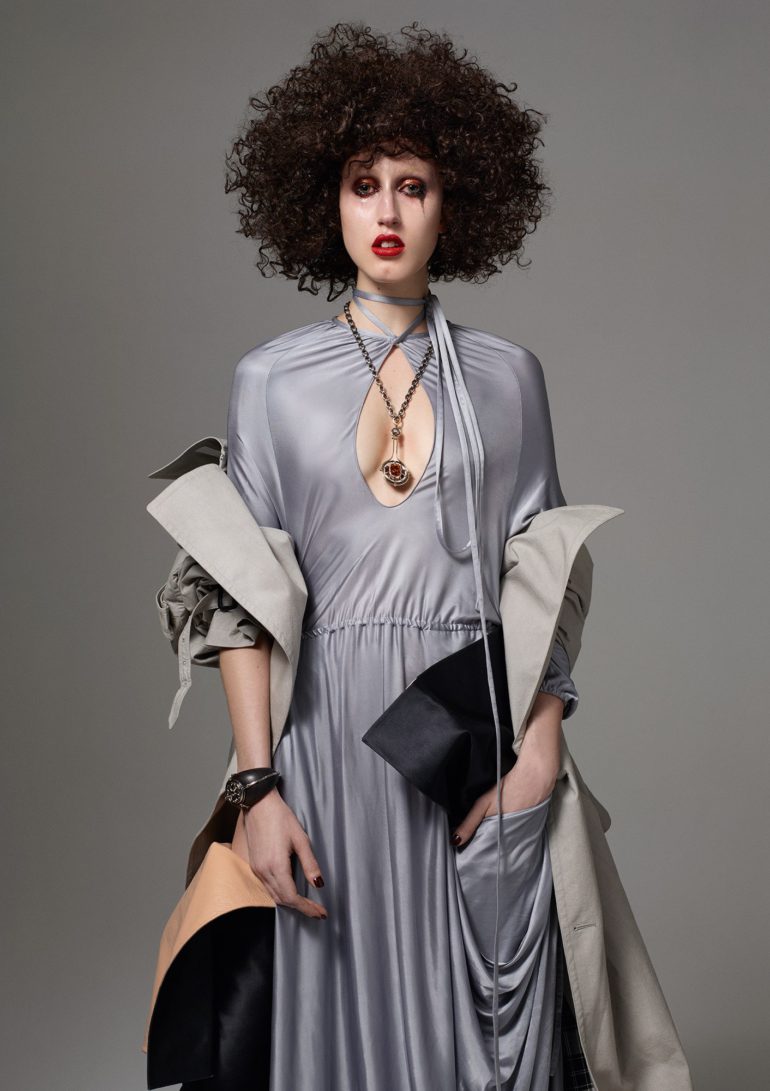 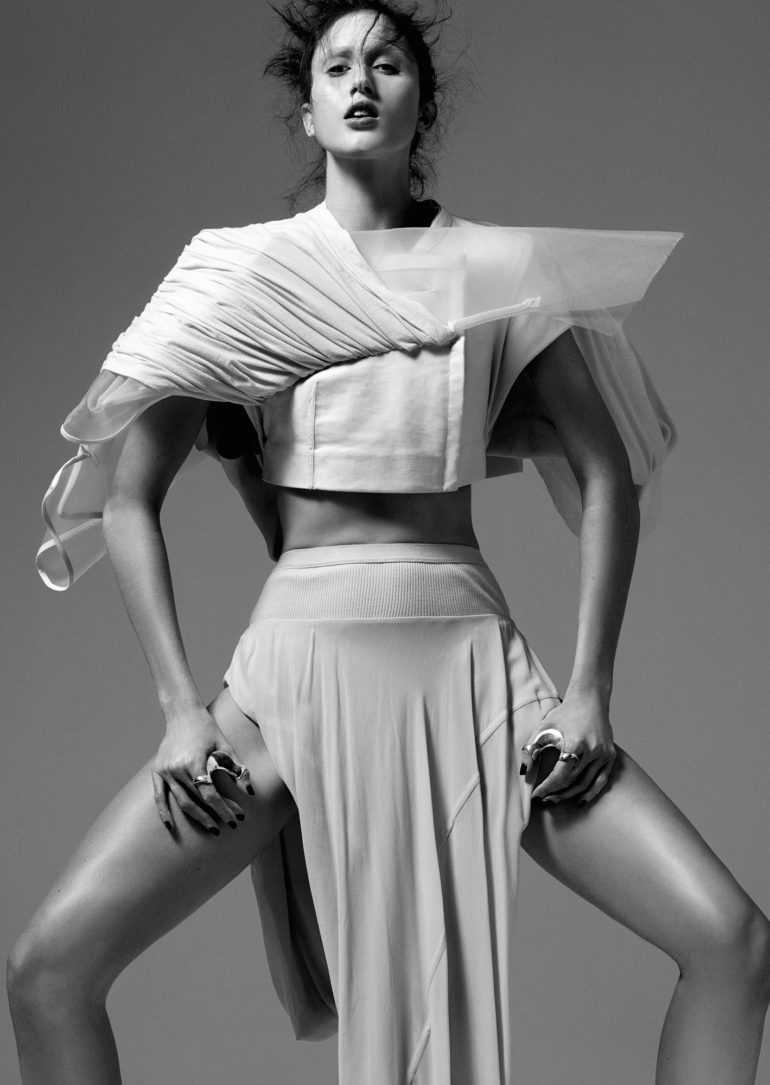 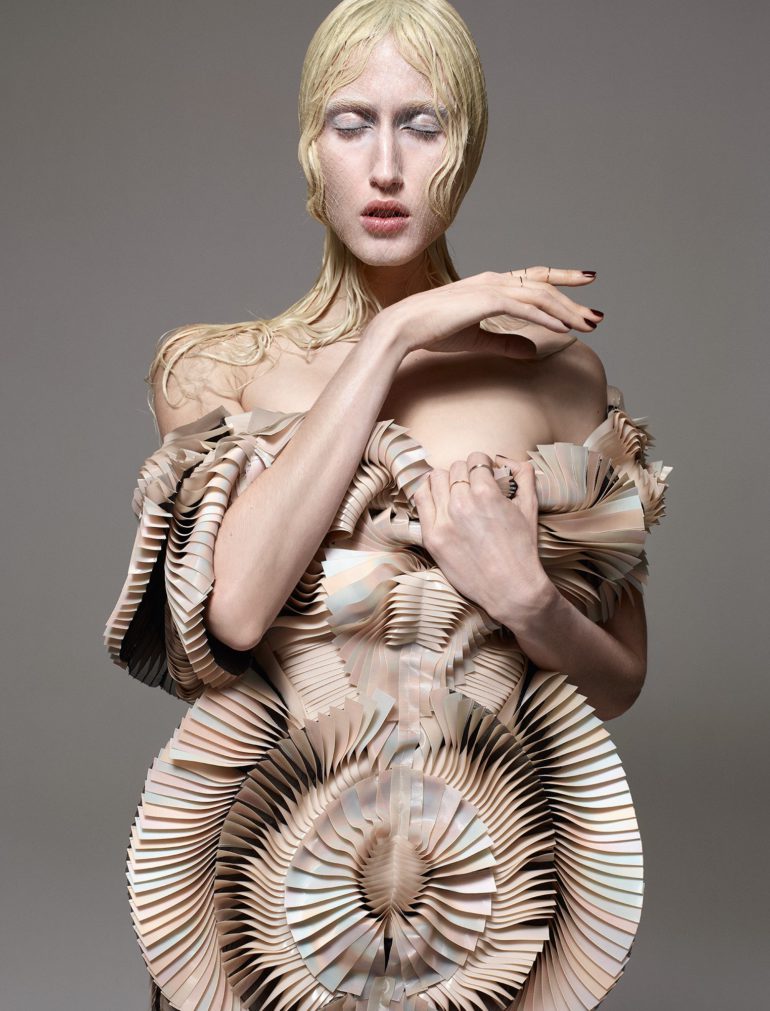 Sofia Boutella Gives Rise to the Power of Androgyny