Spanish dancer-choreographer, Blanca Li, and Maria Alexandrova, principal dancer of the Bolshoi Ballet, perform in the New York City Center premiere of, Goddesses & Demonesses. She is Her and Her is She A Grateful Place for You and Me… A Forever Mark We Wear Herein the Body of Beauty then Begins. “The evening is a cross-cultural celebration of femininity in all of its complexities–from  sinner to saint; nurturing mother to femme fatale.” Breaking tradition, Blanca moves from traditional ballet and all it’s rules to incorporating legend, mythology and contemporary dance. This dynamic dispersion of yin and yang results in complimenting forces fusing on stage. Interpretive dance never felt so intoxicating, with two bodies that literally work as one. This choreography holds within its grasp ~ The Hope for Her ~ as it works to create a sense of true sisterhood.

A study of women done by two females who couldn’t speak each other’s language. Blanca Li and Maria Alexandrova forged ahead to form a relationship built on mutual admiration and respect. To watch these two dancers move as one is to witness the spirit of hope rise forth. Their unique talents has kept them on different paths, but it’s their journey of discovery that brings them to home. I am so moved by synergy of their initial meeting. They found upon their first encounter that barriers existed to keep them apart, but the will of dance brought them together. A deep connection was formed and it was there that the seeds of success were borne.

“Women Were Once the Center of the Universe.” We find this story writes itself. Blanca strikes me as a fierce female, who not only understands this concept but allows her body to be moved by it’s power. Honoring the hero that is the modern woman. The synergy of spirit rises forth as this story celebrates the beauty of now. An amalgamation of artistic intention and theoretic contemplation came together to form a perfect union. “As occasional car horns and operatic singing from an adjacent studio filtered through the window… holding onto the barre while lunging… she then removed her hoodie, revealing a sinewy back and arms and began to dance facing a wall of mirrors, sweeping her arms around her like a miniature storm brewing, bowing, kicking, breathing harder, her tightly pulled ponytail eventually coming undone.” Using her body as a form of neo-expression, “she seems to grow a foot in height and presence.” Above the Ground I Fly So High… Reaching to Meet the Soul of the Sky.

When you don’t live at the epicenter of the universe you learn to accept certain things. You accept that you won’t always be first in line and you’ll always be fighting the hands of time. Ultimately, you come to understand you can’t always get what you want. One of the great universal discriminators. I’ve learned to navigate the disappointment, but, it hurts deeply. I was meant to experience this performance, but, I couldn’t find a way to fulfill my destiny. Color comes from the intensity of movement. Designs feature the original couture costumes by four of the world’s foremost fashion designers: Jean-Paul Gaultier, Azzedine Alaïa, Stella McCartney and Sophie Theallet.” Some candid shots were taken on the stage, showing us the emanation of inner light as it disperses like grace being gifted. (Below) Marina Muñoz keeps the theme alive by using a spectacular series of styles done in a muted format of black & white. A compelling tale told by Hans Neumann for Interview Magazine. Feature Writer, Vanessa Lawrence, creates one of the most vividly pronounced written pieces, showcase in W magazine.

Transcending the abstract notion of sexuality. The energy is marked less by a strident sexual push than an emotional attachment to openness. There’s a sense of cohesiveness that allows each woman to be in total touch with her femininity, while still reaching for her inner strength. This is a compelling piece of poetry put to dance. Here we have two creatures hungry for humanity. Two unique notions, that don’t always sync up, but always work to serve each other. Bodies bend and connect, moving as one in an effort to serve a higher level of consciousness. Their beings eclipse this world which holds us back ~ travelling instead to a place beyond. 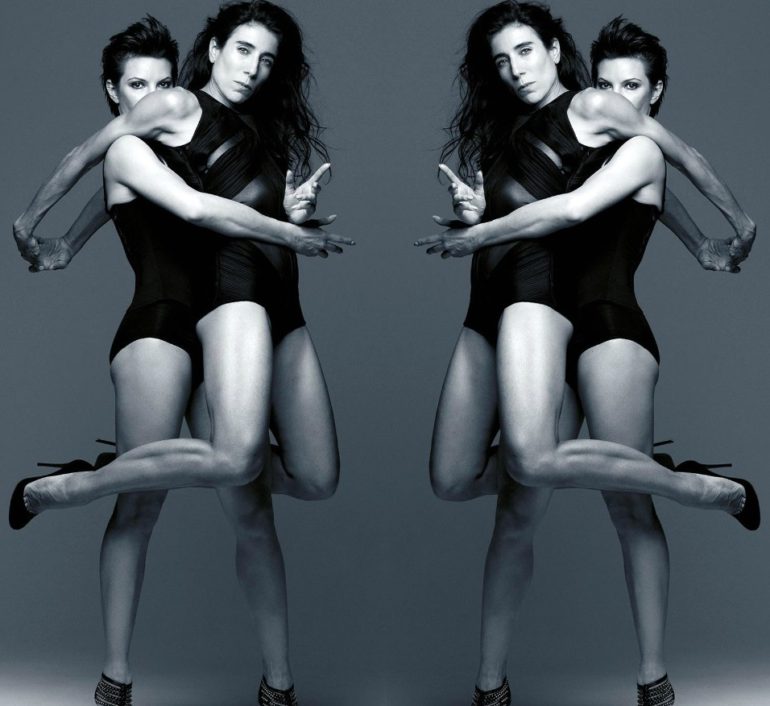 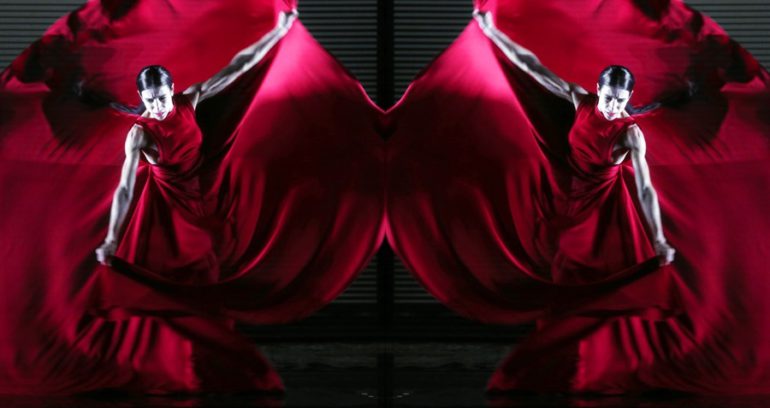 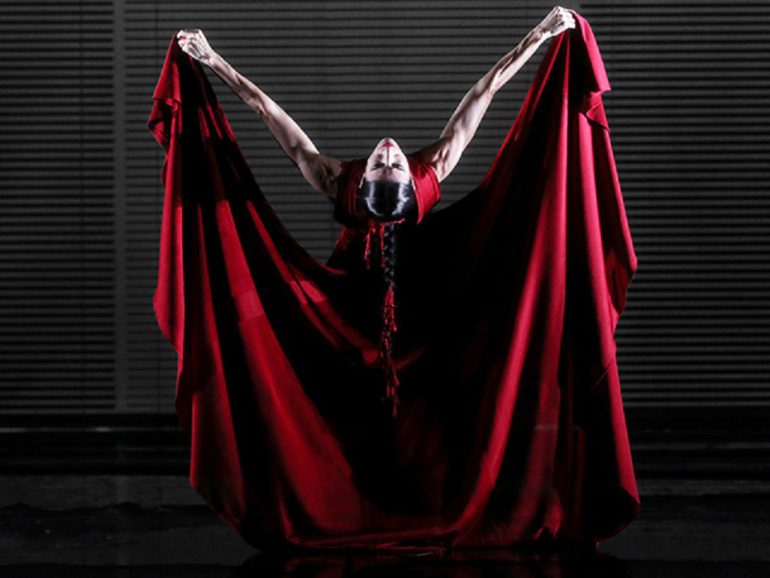 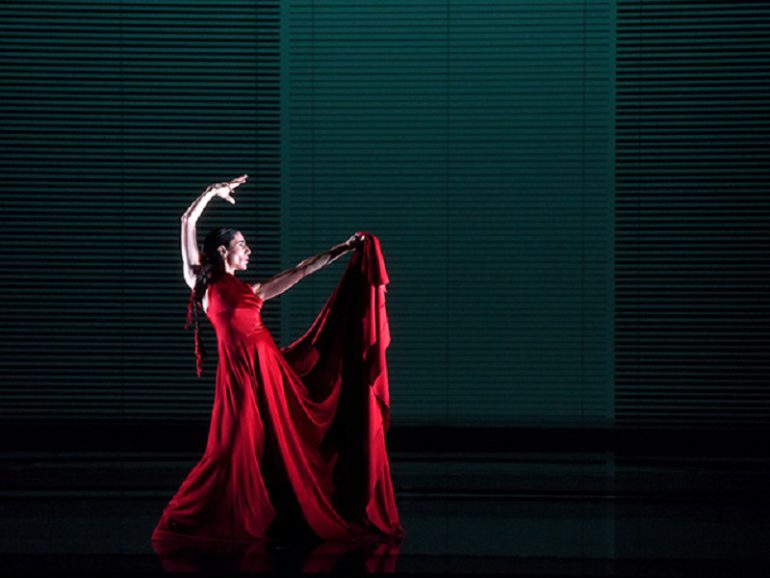 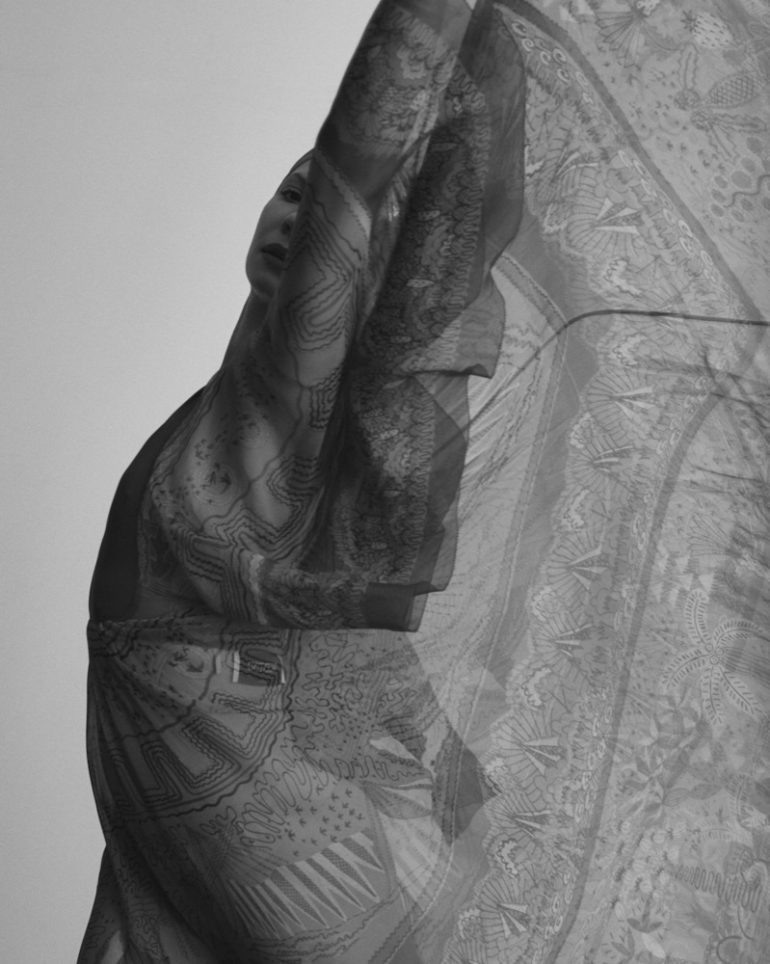 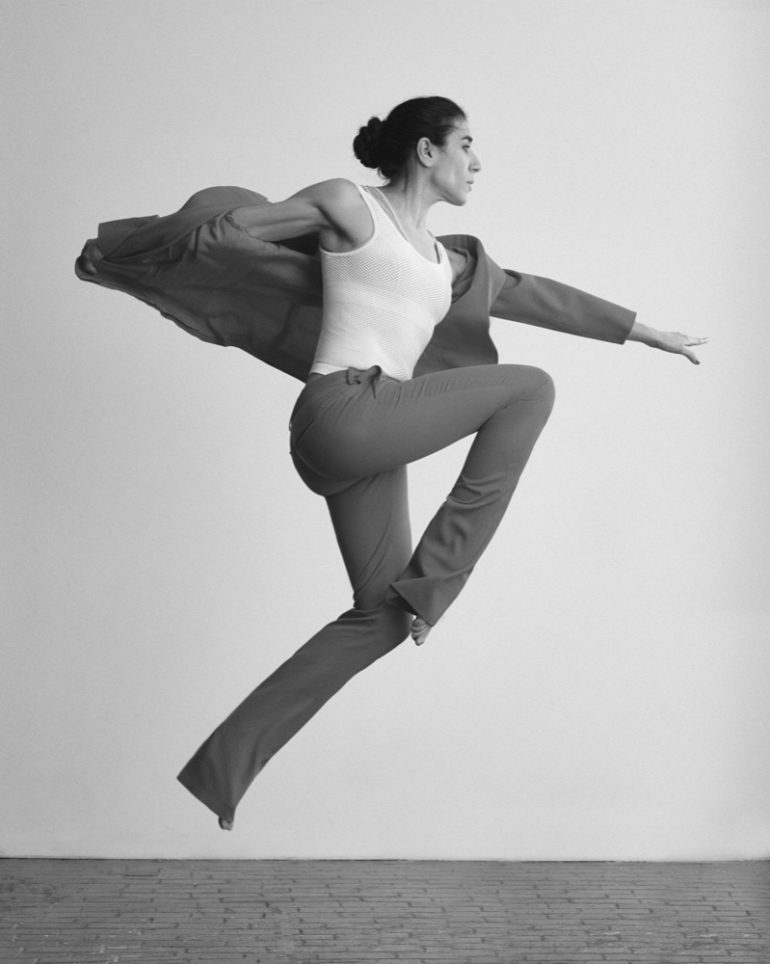 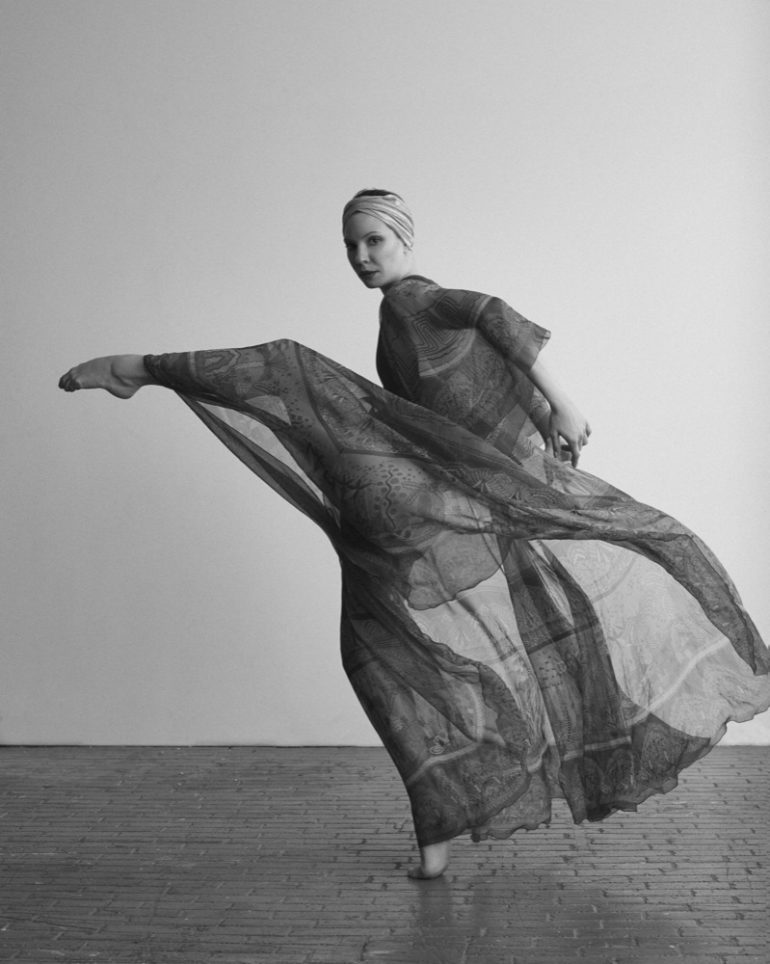 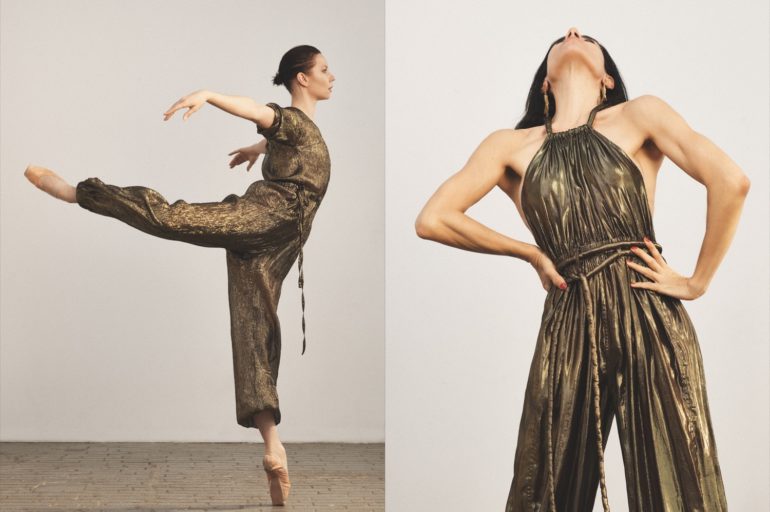 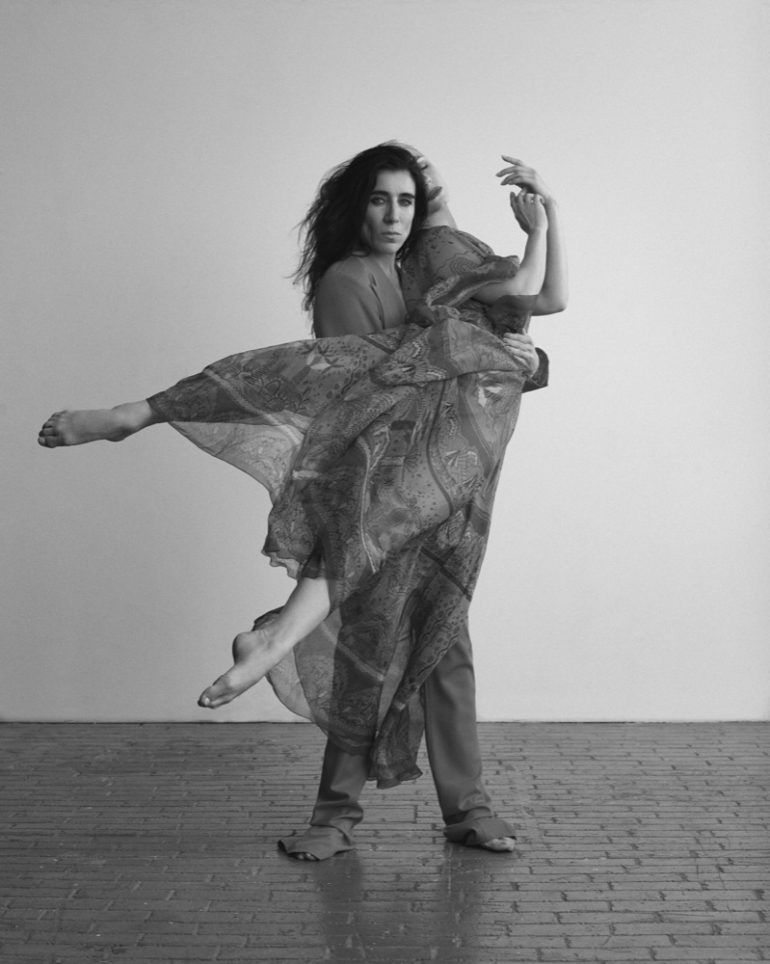 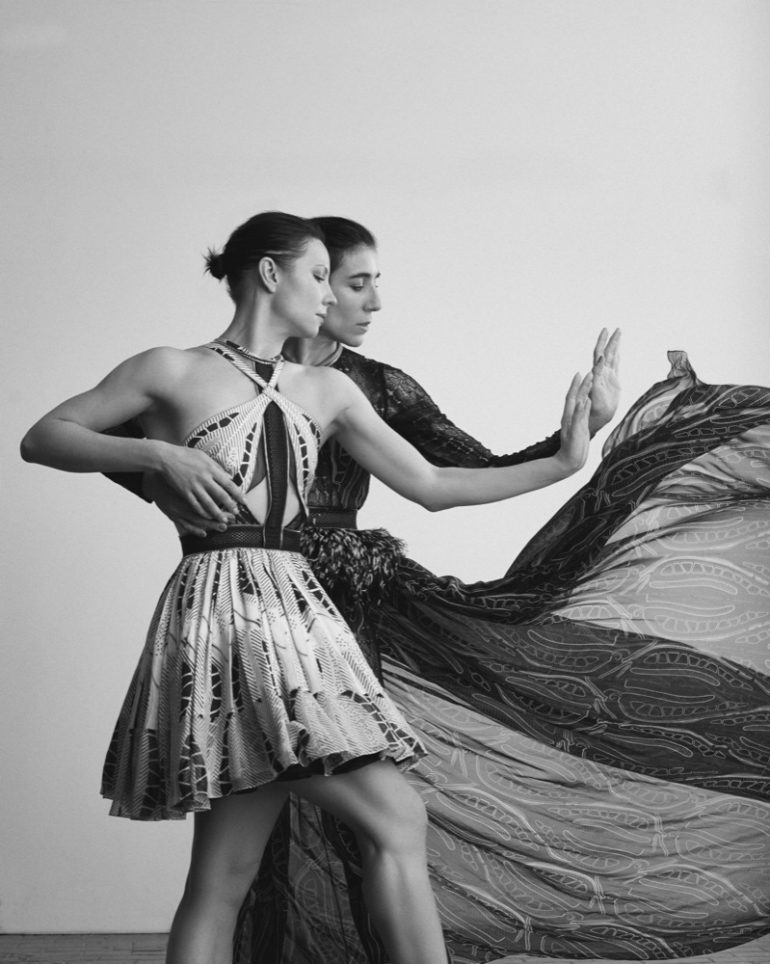 Eniko Mihalik in 'Gods and Goddesses' for HGIssue