Rose Valentine falls into her own reflection in “Panton Pantomime” by Philippe Jarrigeon for Interview Germany, 04/17. Taking a deep look at herself… one of three she comes to be part of this modeling ménage à trois. Twinning into oblivion, Abril & Lourdes Ruhstaller give us an artistic expression of the twin connection. Looking into their eyes we find ourselves hypnotized. The theater of skin begins as a cast of compelling colors make an appearance. Keeping in close contact she goes in for a kiss. On one side blue shadow looks into the mirror, while what’s reflected back is a shade of Spring green. Leaving us to wonder… is it just one twin we’re seeing? So enamored by her own brilliant reflection, she makes a physical connection while continuing to stare straight into her own soul. Pictures project a sense of cohesion, refined unity that allows Abril and Lourdes to stand apart yet appear as one.

Separate yet together, fused yet free. The physical distance between their beings is what makes them appear as one. Jarrigeon uses the camera angels with such poetic intention, it’s hard not to feel that deeply meaningful connection. Abril stares straight on with great intent while Lourdes moves in with a devious twinkle. Their eyes are identical, with a white lid highlighted by a defining black line. Dueling beauty comes to be as they evoke the art of you and me. The music of makeup plays on allowing face shapes to overlap, making them appear as if they’ve fused into one. Mirrored images set side by side, with lips that meet in the middle. One half is done in pink while the other in a shade of orange. To see two individuals come together in such vivid ways, is to say, they don’t merely act alike they are alike. We are witness to the cord of completion. These compelling pictures are created by engaging in similar activities we can see that bond reaches beyond the womb.

Makeup displays are demonstrated in the most miraculous of ways, as Kathy le Sant uses color as a touchstone of tapestry. High glamour is manifested through a series of see-thru surfaces, as well as evidenced in mirrored form. Abstraction entices as we begin to imagine ourselves through a variety of strange sources. Openly reflective surfaces play an important part, as Kathy celebrates the beauty of two. A pantheon of colors are cast over the face as the theatre of skin deigns to begin. Sitting behind a wall of water, surreal shots show one side of the sisters’s face is abstractly altered. Vibrant eyes keep us alive, as half of Valentine’s features are fully transform. Looking through the same glass shape is where the similarities end. Rose’s distorted eye appears through the side of a drinking glass, only to be transferred to a stack of crystal blocks sitting close by. Wearing a pinkish hue that almost appears like a bruise, the shadow seems to encircle the area. Zebra stripes sit behind her giving the shot a pop infused vibe. Bright orange lips look gorgeously gooey, as they match in kind the small ball sitting to the right. This entire collection captures the compelling nature of the abstract phenomenon. The twin light appears bright as they sit behind three multi-colored lava lamps. Yuji Okuda uses the hair as part of the art installment, allowing curls to cascade over all. Moving through these see-thru surfaces we begin to witness a paradigm shift. 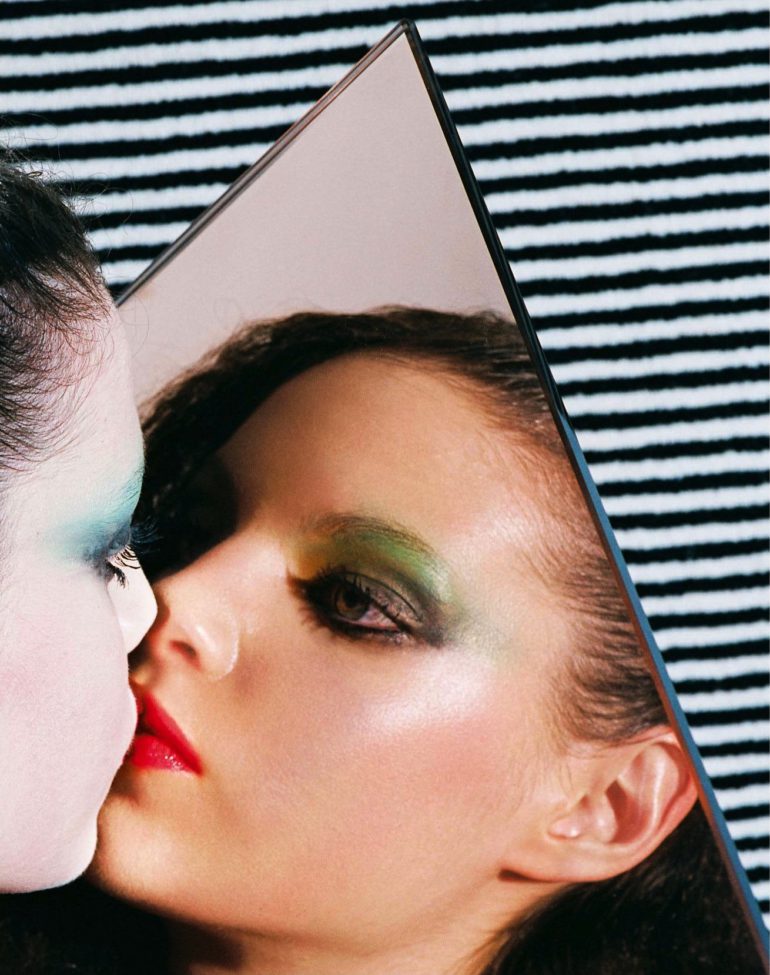 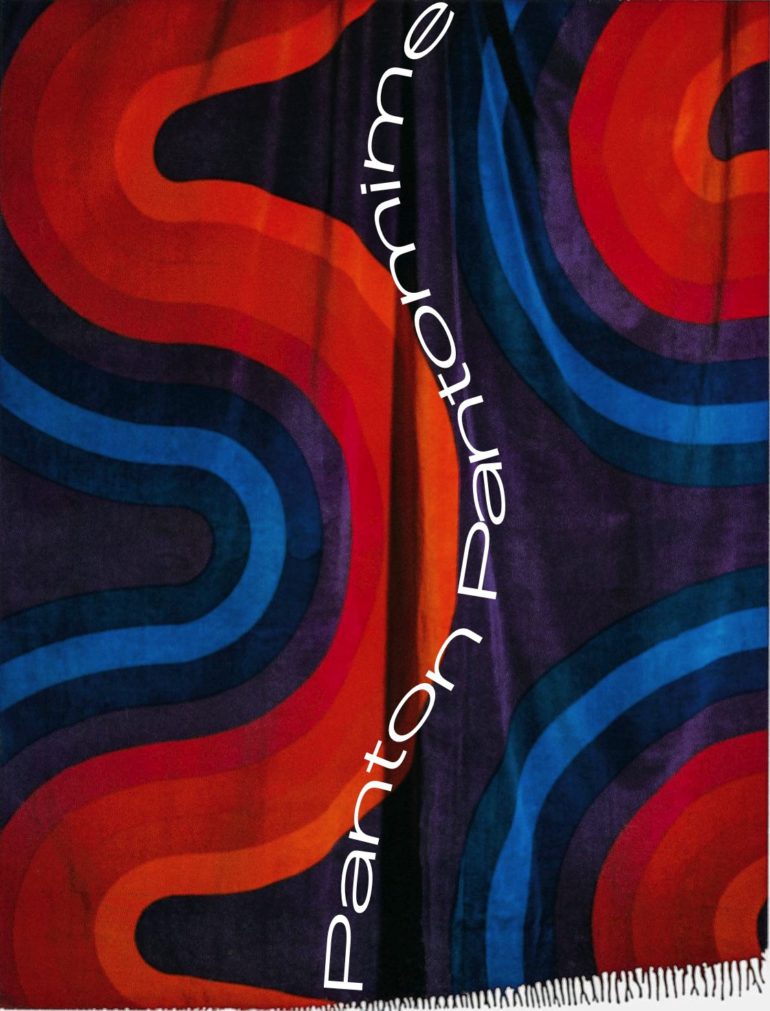 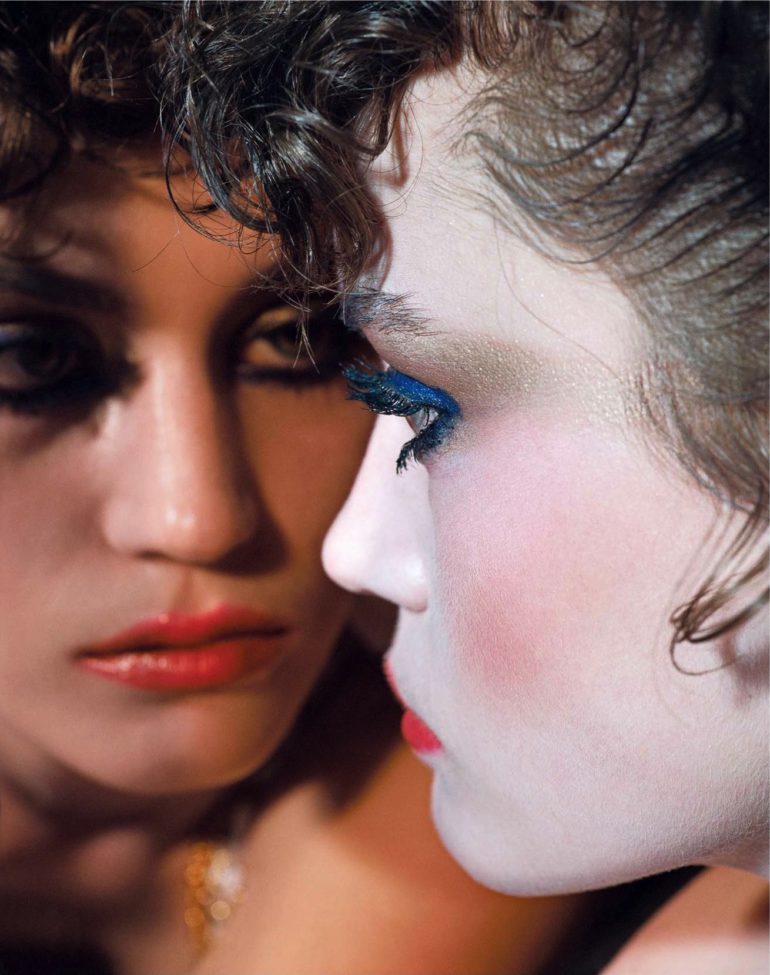 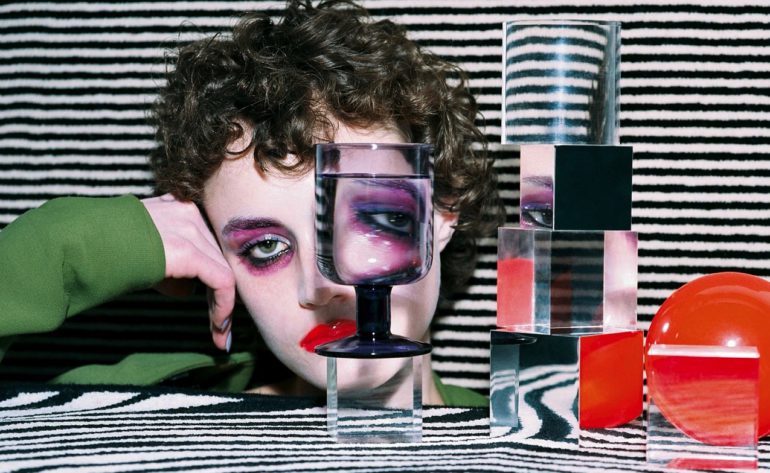 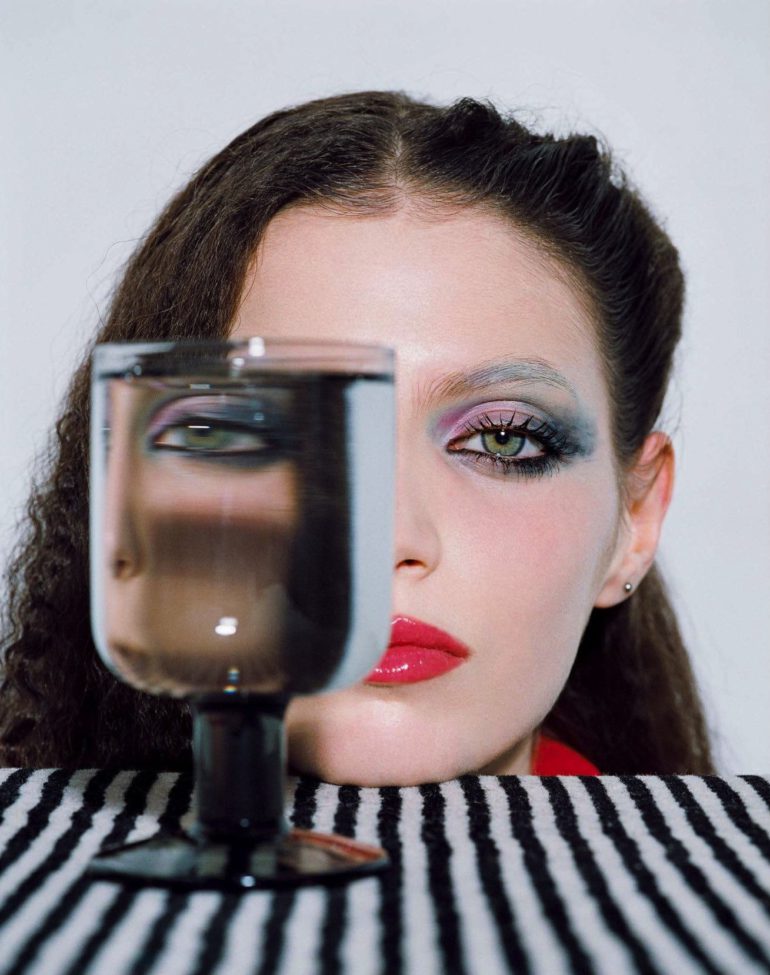 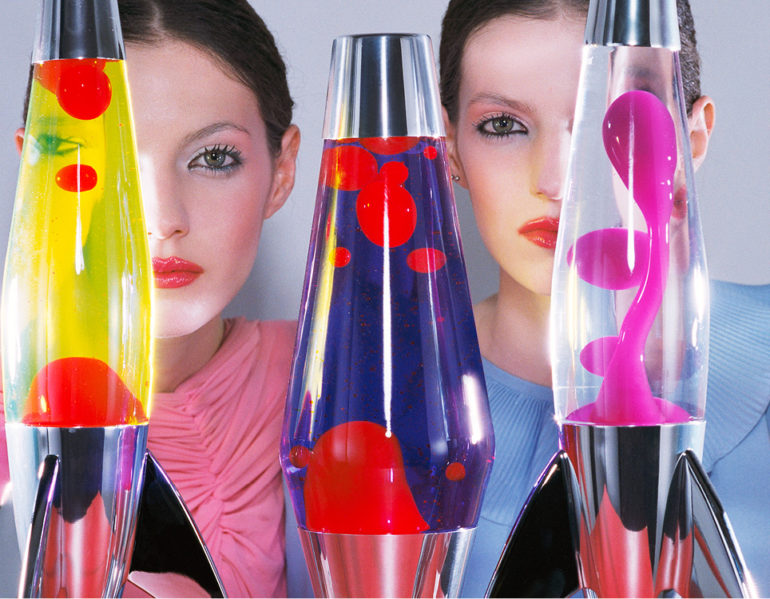 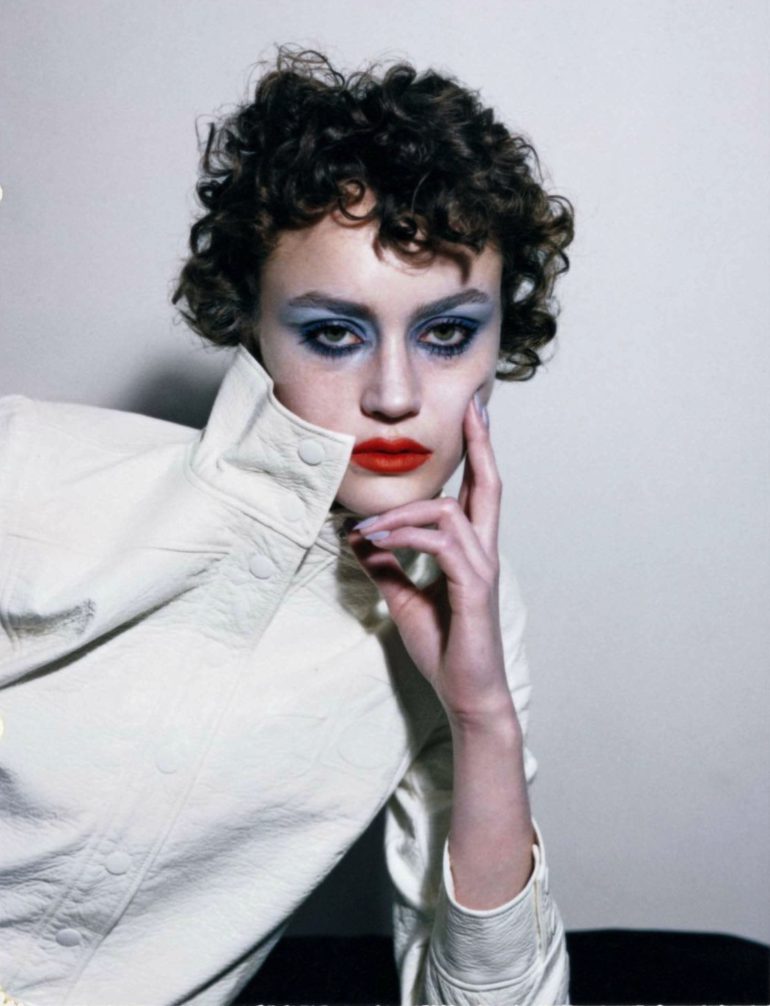 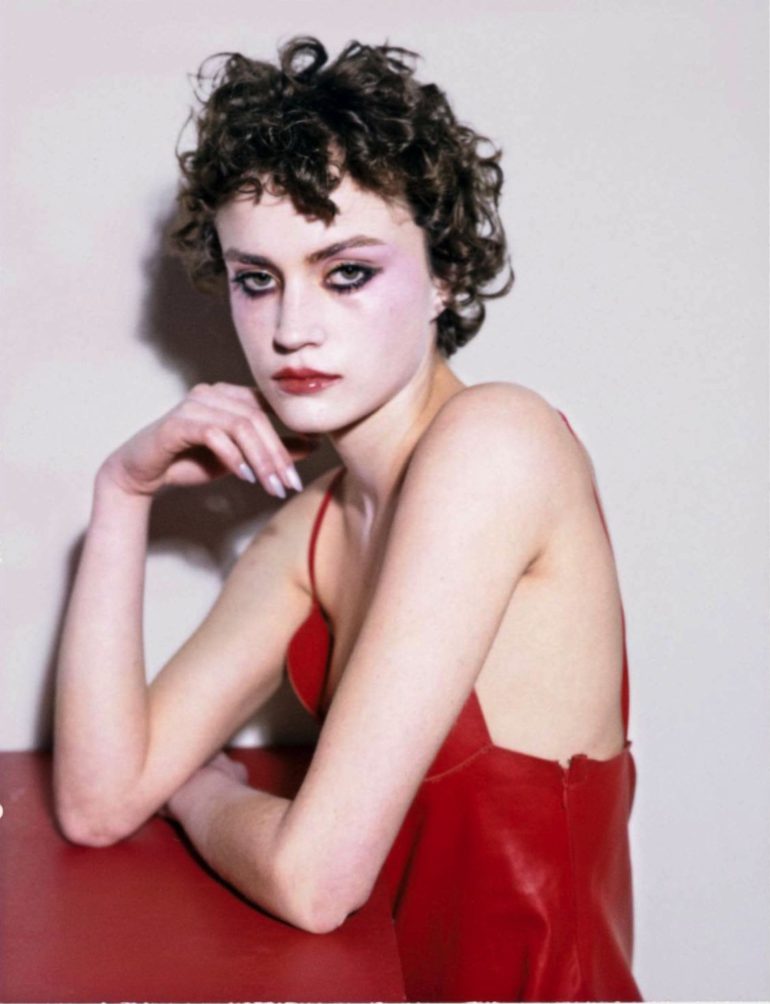 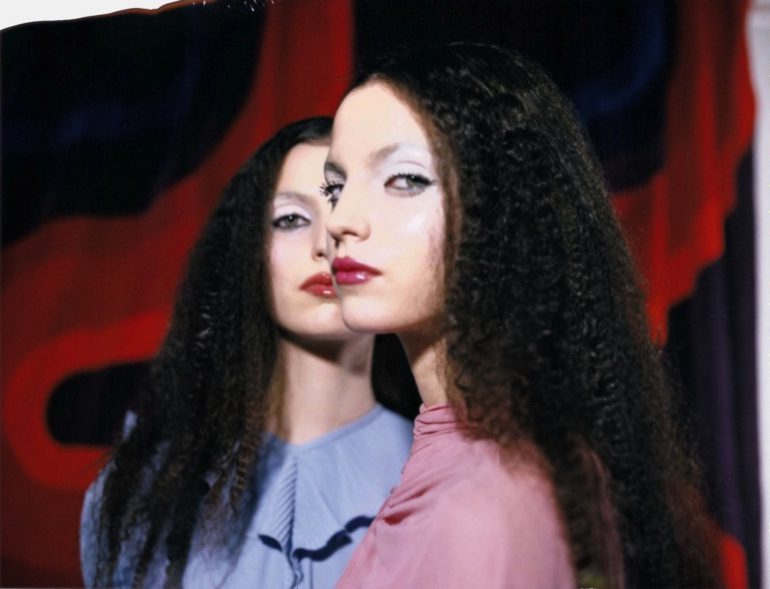 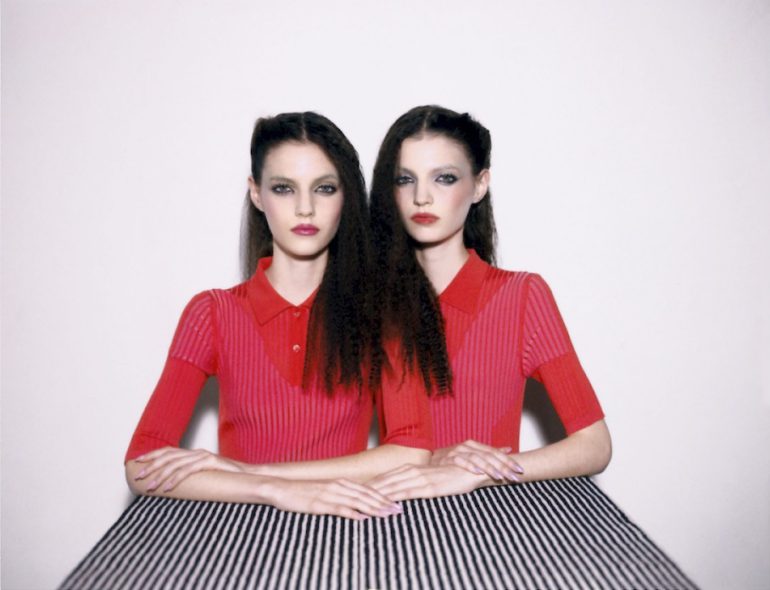 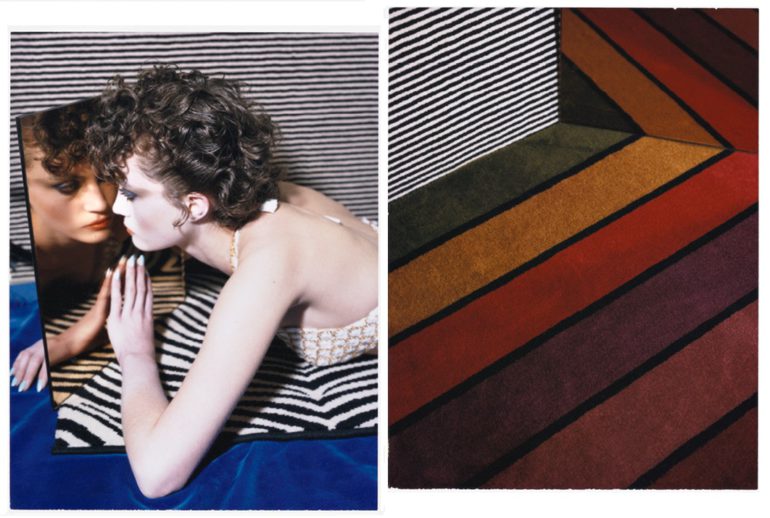 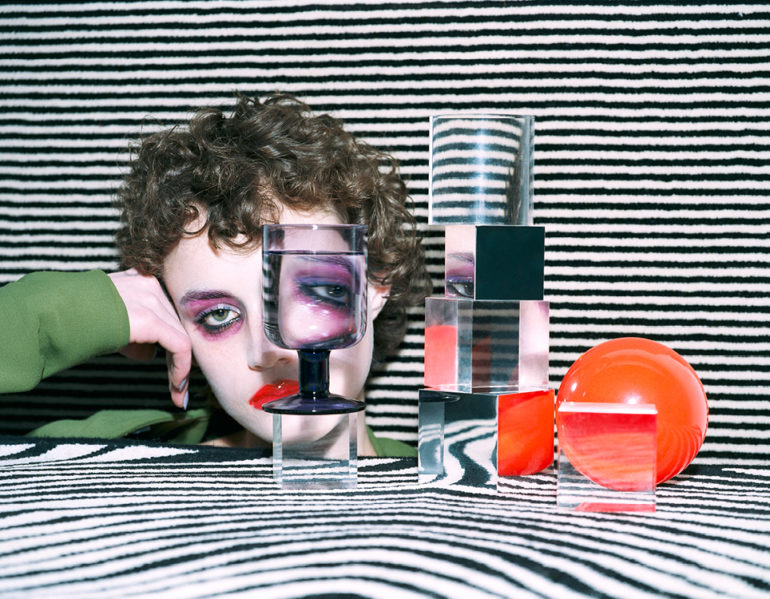 Xevi Muntané Gives us a Double Shot of Style in ‘A.M.-P.M’ Interview Germany

Greg Harris Dares to Depict the Anarchy of Intake in 'Forward'

Lotte van Noorte Leads the Way in "The Lovely Excess"