“Dream your paintings, paint your dreams!” by Tim Walker for i-D Magazine, SS 2017

Kiki Willems & James Crewe capture our imagination in “Dream your paintings, paint your dreams!” by Tim Walker for i-D Magazine, Spring/Summer 2017. Inspired by the artistry of a painter extraordinaire, Egon Schiele, a leader in the explosive art of Expressionism. Taking us to a new space. What was once considered a passive place has transformed into an active arena. Are we inside the art, or is the art inside of us? A compelling question. This notion takes the idea of live art installation and turns it on it’s head, with works marked by figurative distortion. Evolution unfolds as this concept of change amps things up to level of radical revolution. An ode to the art of transformation. Tim Walker, Jacob K, Sam Bryant and Shon aim to get inside the mind of this man, exposing his exquisite genius. Not an editorial proper, these pictures project a sense of spirited strength. Striking that sweet cord that sings of both pleasure and pain. This creation echoes the spirit of Egon Schiele.

Egon’s need to explore the dark side, while still keeping one foot inside the light, gave him a sense of balance. The theatre of strange commences as his paintings were dripping in drama, while aiming to maintain a quiet edge. Putting himself on display, in many of his pieces he was the main focus. That is, no doubt, because of his predilection for staring towards his viewers. Driven by his need for sexual display, he wasn’t afraid to project his passion. His bold pieces have been called both revealing and confrontational. By combining two of the most compelling visual stances, his works tends to drawn you in while staring you down. The twists and turns of the body proper become but a dream. as all things go silent in the center of a scream. One of my favorite images has Kiki standing alone with her pink, painted hand pointing outward. Daring to wear a D-Squared, purple top cut down the center to expose her painted breasts. Bryant has covered her body in a series of stains, giving the skin an otherworldly illusion. Her hand takes on a fuchsia tone only to fade to white as it climbs up her arms, while her chest and stomach reveal in kind a yellow masterpiece. Colors are choked with change, as the neck takes on a darkened hue while the white face escapes the confines of blue. Shon tops her off with black roots that bloom into copper colored coiffure.

A metamorphosis of change takes place as clothing and cosmetics deign to converge. Here we have an example of mutated beauty, as live neo-art attempts to capture the original concept of transfigured mutation. As a conversion of creativity takes hold, leaving this as one of the most compelling stories of the season. Kiki and James climb over each other like animals nesting. Their liquid like bodies move in fluid form, allowing us to bare witness to the beauty of being. Presented in an artful attempt to avoid the pre-packaged pain. Jacob K creates visual breaks by using a variety of cut-up fashions to play off each other. Design deconstruction is displayed, as couture proper bends and breaks. Lending to the story, his styling projects a sense of independence while conversing with the creative theme. Giving each outfit an off balance appeal, from torn up to all tied and twisted. Thigh-high tights are exposed as silken, red fabric steals the show. Maria La Rose’s knee socks have a red ribbon on top, tying them up while blue bloomers beguile below by Simone Rocha. Luring looks have Crewe going wild in white with shorts by Gosha Rubchinskiy, while tangled in a purple dress by Paul Smith, Willems wonders which way to go.

Celebrating the body beautiful, Sam Bryant showcases the cinema of skin. Art and excess blend, beckoning us to mindfully attend. Colors act like characters from a play, each one alive with it’s own unique style. A confluence of colors arise as he crafts his makeup like paint on a palate. Abstract strikes spill over the skin dripping down the epidermal layers. The bounds of beauty are borne out like fictional characters in a 3-Act play. On-screen power is presented in a dramatic format, as dueling protagonists penetrate the page acting out in a riotous rage. Life isn’t choreographed rather it seeks resolution by expanding out to reach it’s distant truths. Working in tandem yet independently driven, they coil around each other in dynamic display. Reaching beyond the depth of distraction, they stare openly into our souls. Never breaking character, each scene is saturated with a pseudo like sadness. Seeing strange, we go from the tips of the fingers to the twinkle in their eyes – each thing you imagine is an abstraction beyond the scope of sight or sensation. Bodies move as one with limbs intertwining, letting the underlying power of the page compel you. A waterfall of creativity spills over his chest as a cacophony of colors collide. Black lines randomly mark various spots on the body, matching Shiele’s obsession. A master of linear legend. A circus of colors collide, as this man’s vast projections could be broken down to merely a lot of lovely lines.

In a dress of sea blue Kiki drapes her way over James. Standing behind a man and his back, she hold him close to brace the attack. Crying with intention her fingers feel the sound, as tears leave her eyes falling down to the ground. Her hand drips over his shoulder as he grabs her waist from behind. The picture presents a posing couple, yet when we take a close look we are overcome by the sadness that exists. A shot of symbolic reverie captured in the click of a camera. Here we are witness to a couple in the center of something beautifully strange. Stop I Say… Don’t Go Away… Stay but Just One More Day. It is here on theses pages that we witness purity. A word that has nothing to do with being clean. The idea of purity speaks to a level of veracity. Where upon we seek to uncover layers of untold truths. As I peruse each one of Egon’s triumphant pieces, I am awe struck by his unwavering effort to expose himself. Art becomes a kind of remedy. I imagine, all those many years ago, this young man’s fragile ego was balancing the breadth of these images. This wasn’t about presenting something pretty, it was about protecting his truth. Pretty yet Ugly  – Timid yet Tame… Here on the unmarked stone of time gone by we are witness to a new kind of why. One that honors our intention. Walker wields his magic camera as he cliques into infinite. 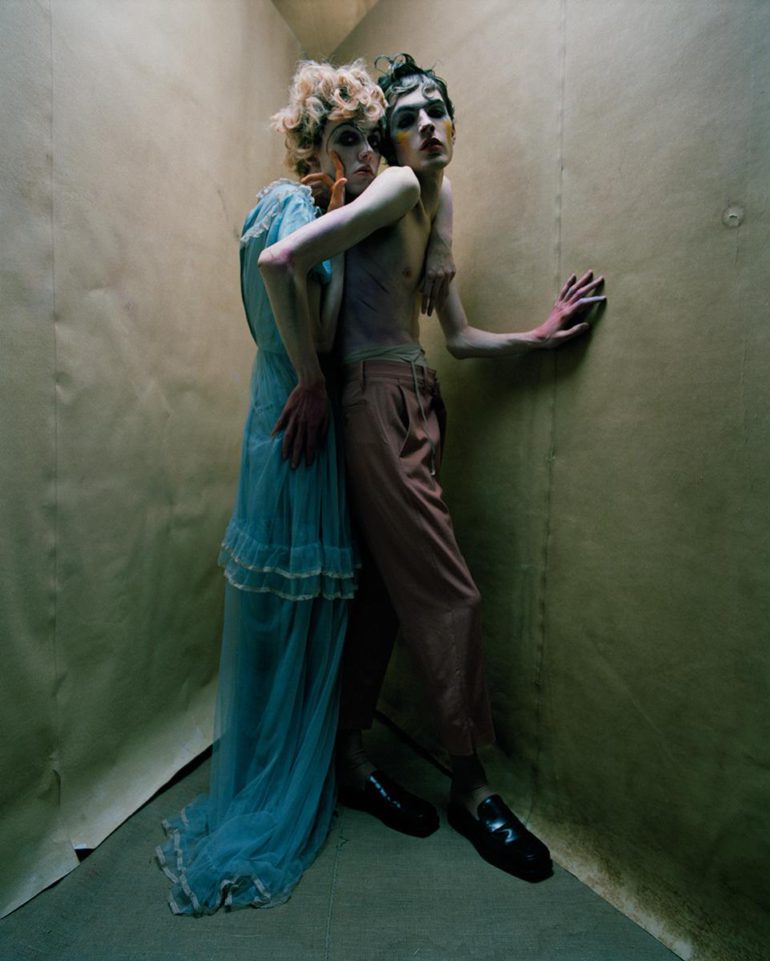 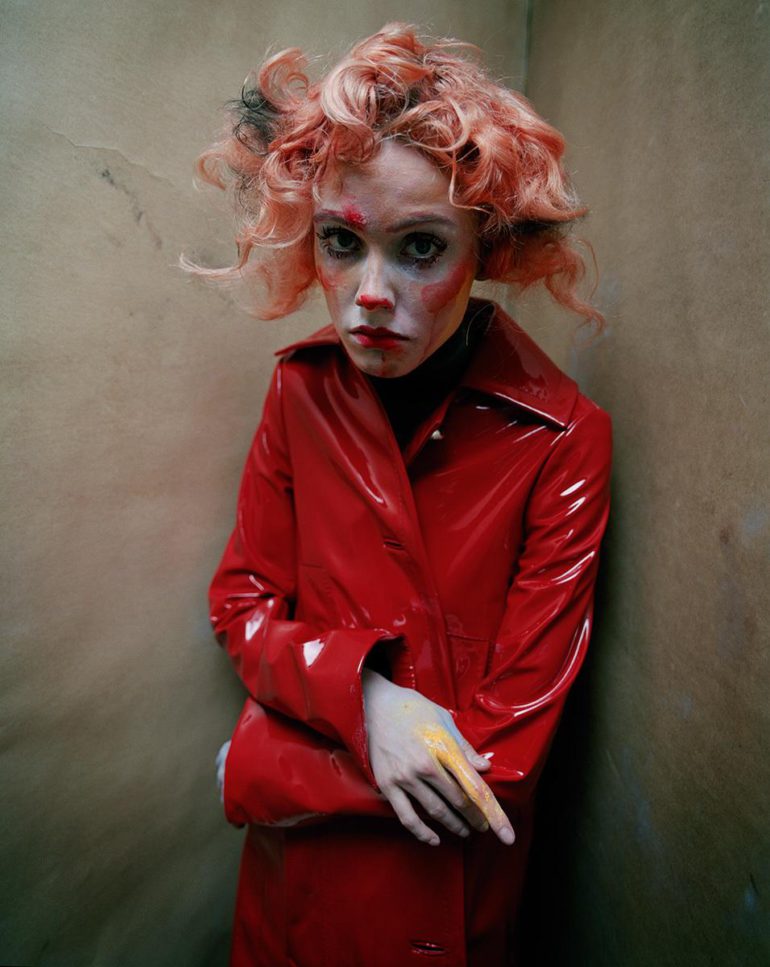 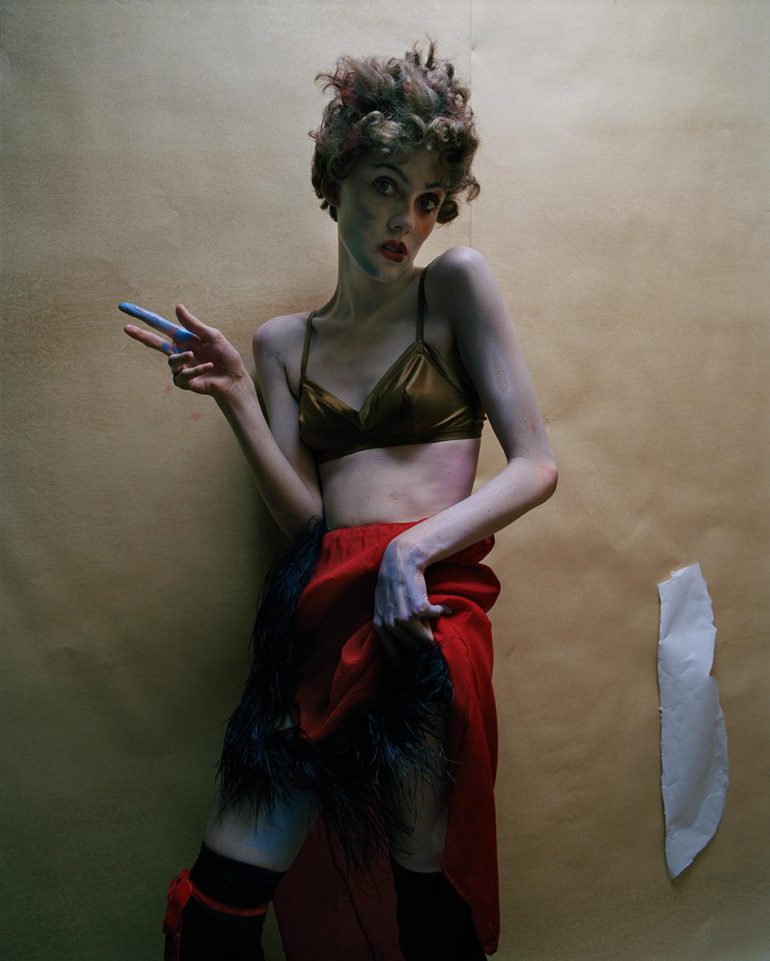 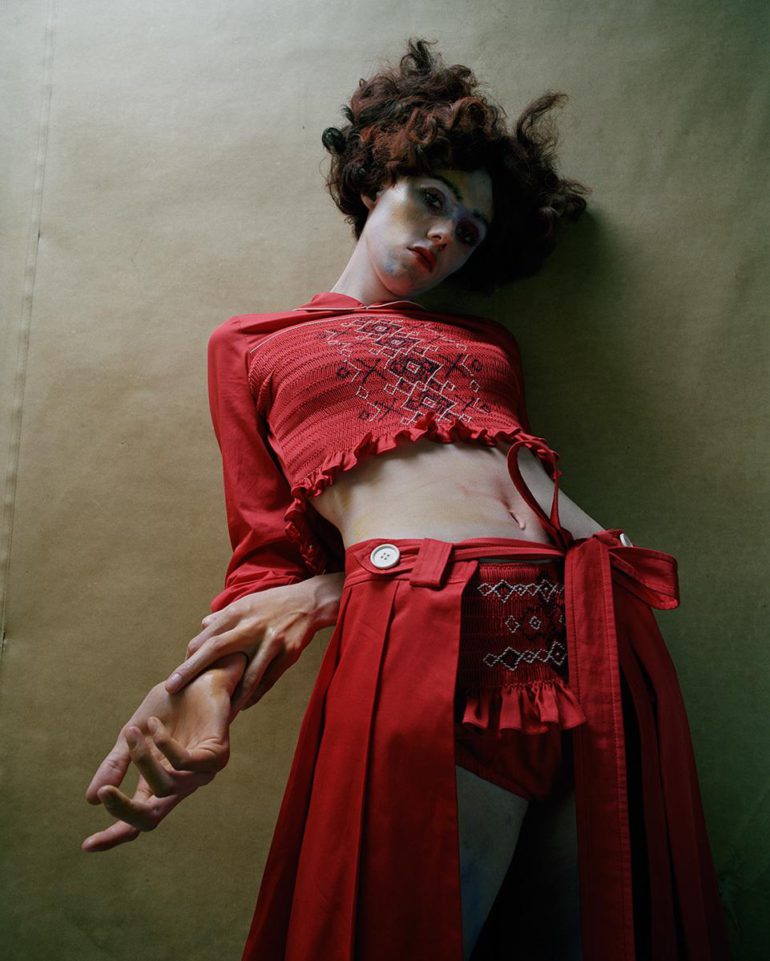 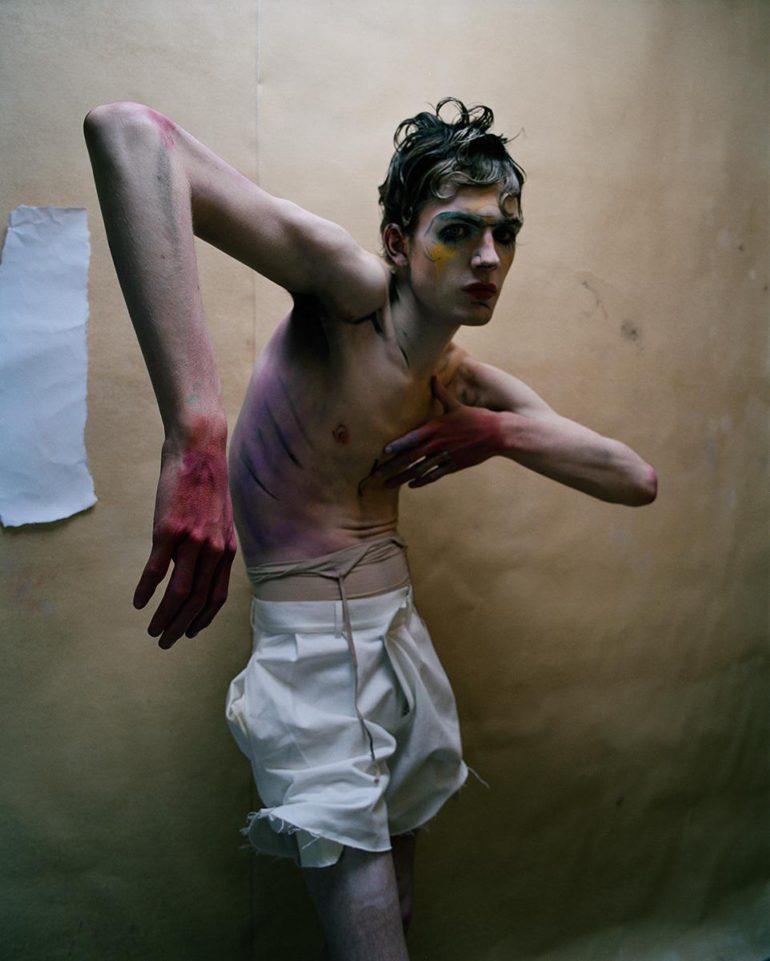 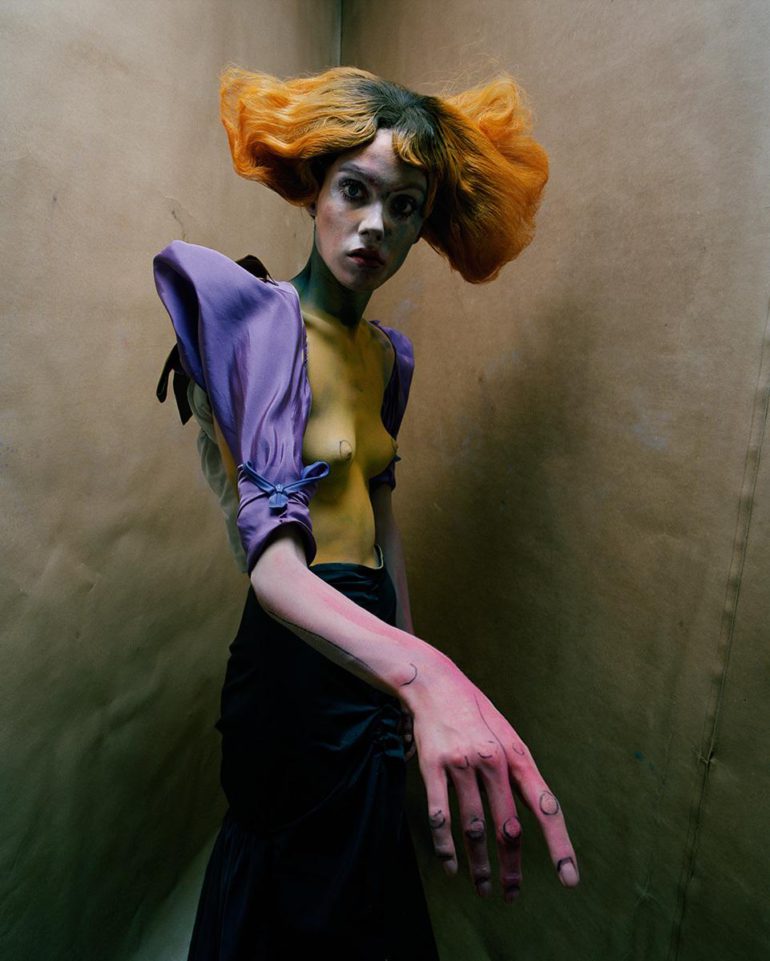 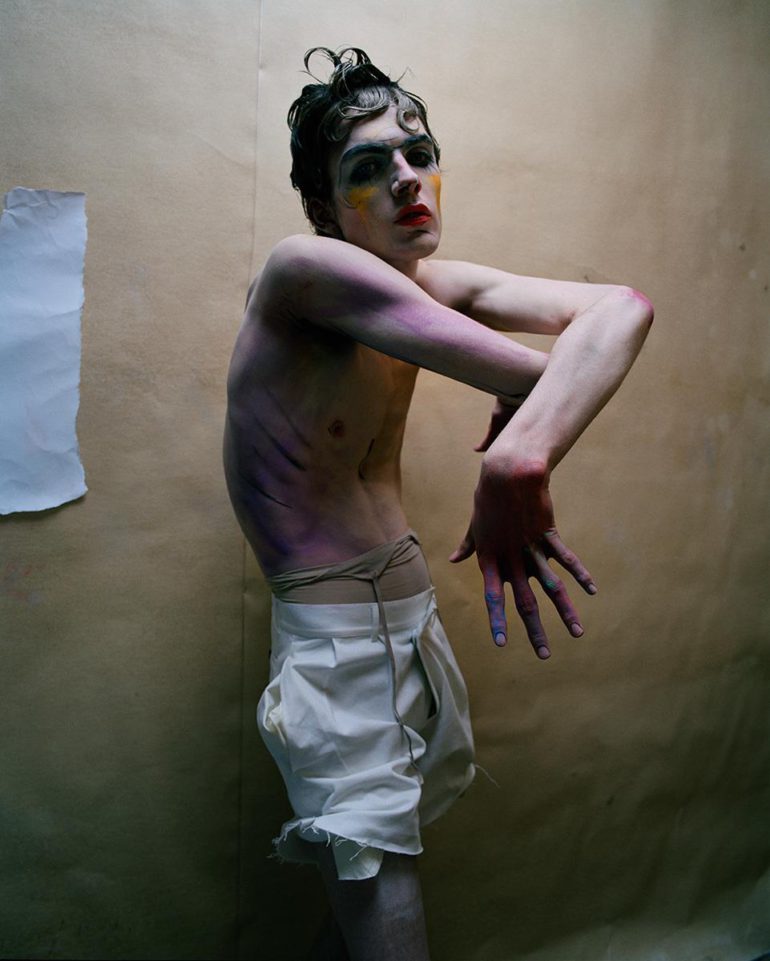 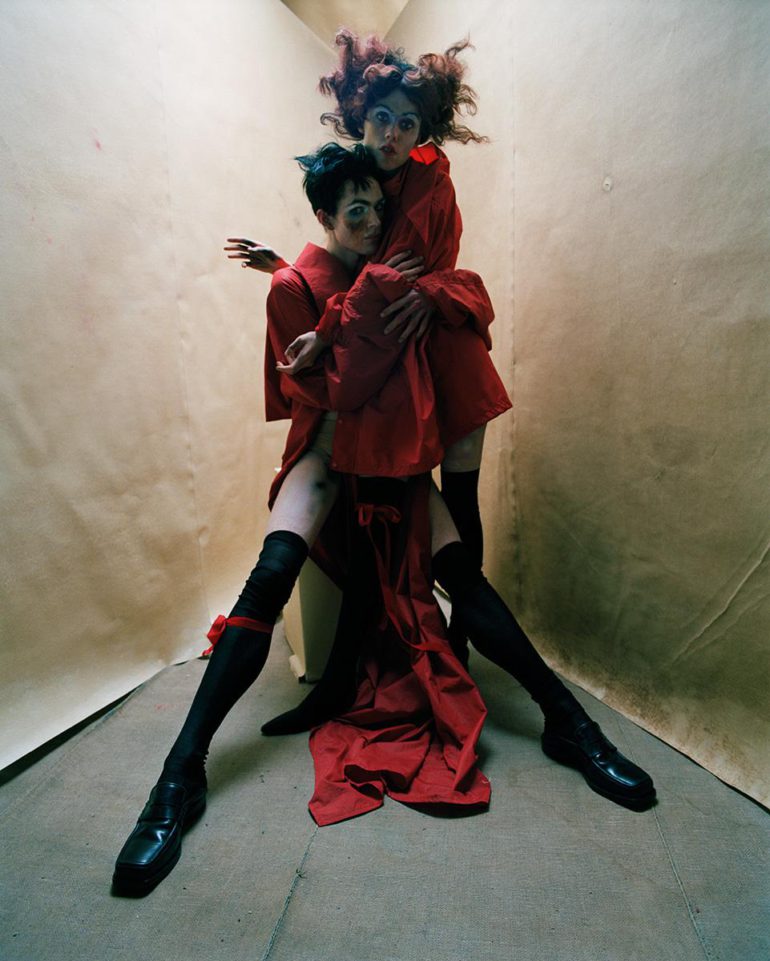 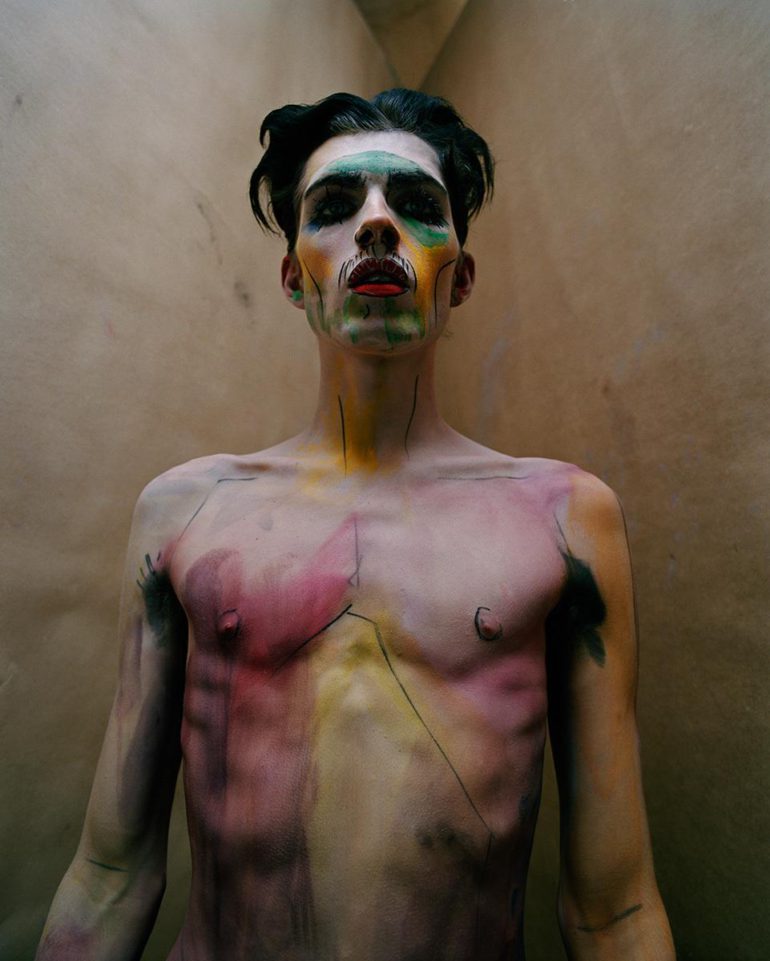 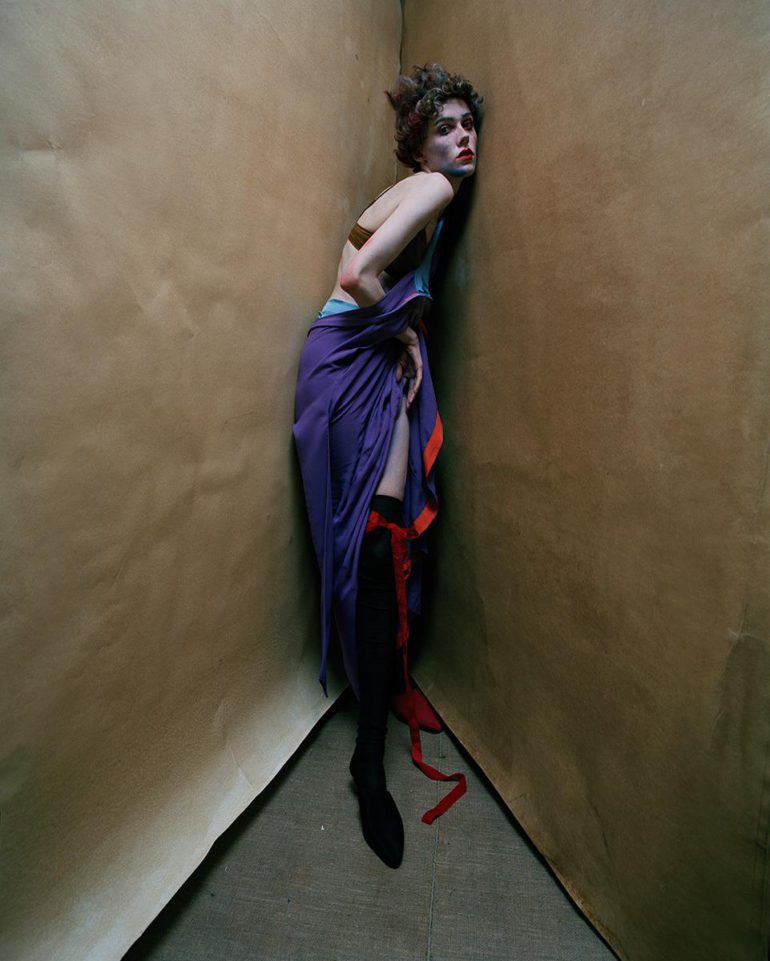 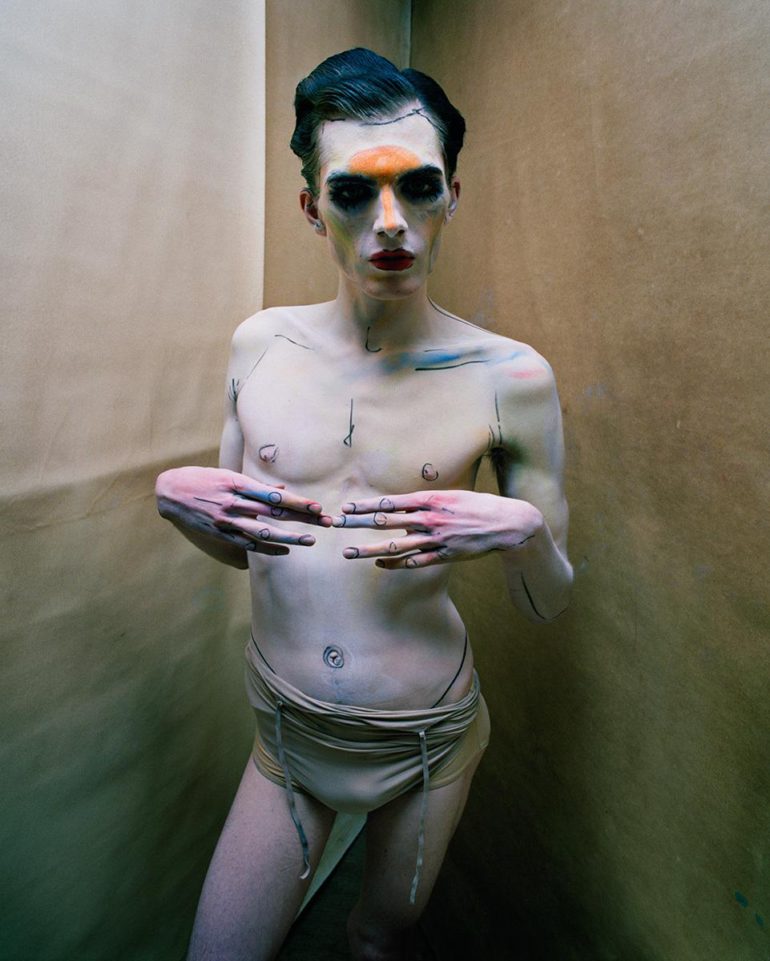 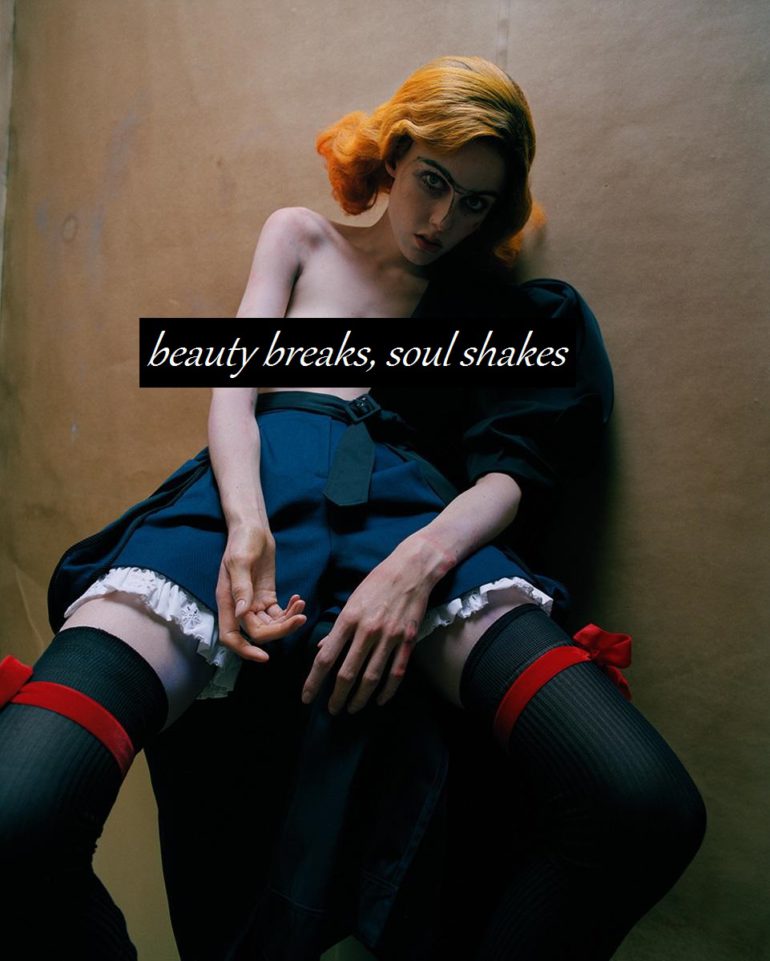 Fall Into a Surreal State 'Paint Your Dream' Vision China