Saskia de Brauw in “Brush Up” by Daniel Jackson for Vogue Germany, June 2017

Saskia de Brauw opens herself up to the art of evolution in “Brush Up” by Daniel Jackson for Vogue Germany, June 2017. In the fluid findings of futuristic styling comes a phenomenon known as Saskia. Her name alone brings to mind the concept of creativity. Allowing herself to be a vessel for variation we are able to reap the benefits of change. This is where we say the clothes aren’t wearing her, she is wearing the clothing. A defining statement. This clarification captures the tone of this piece. Power is projected through the confidence she exudes. When an interconnection of the outer-being brings forth a soulful recognition, that is when we have a symphony of self. And, while that may sound dramatic, we can look at each image and see this kind of calming effect. I view this editorial as a moving tribute to the art of evolution. A true transition, we watch as she stands on the cusp of greatness. Before our eyes we witness the truth of who she is, fully embracing her beauty, she is able to transform.

Julia von Boehm builds avant-garde excess by creating momentum. Forward motion gives fashion a unique look, with shots that are born from a fusion of city and style. Slick leather appears as if it was poured over the body, while feathered fantasy skims the skin. Artistic application is found in kind allowing us to explore the subtly of shine. Angelic imagery invites an illusion, as Romy Soleimani’s naked makeup gives an otherworldly glow. Her face lights up as the powdered foundation exposes her strong features, and a touch of soft color rides over the curl of her lips. Didier Malige cuts her hair with perfect precision, capturing Saskia’s androgyny with pure poetry. An anomaly of richness comes to bare as we watch this ever evolving structure of high style. 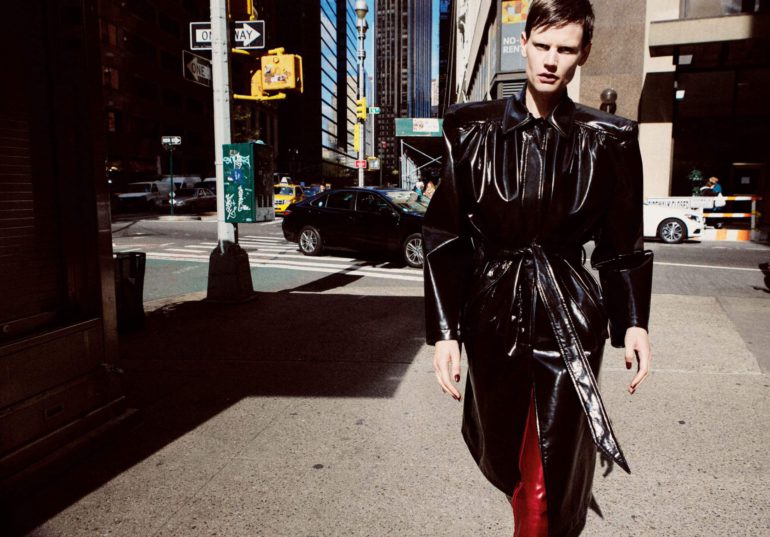 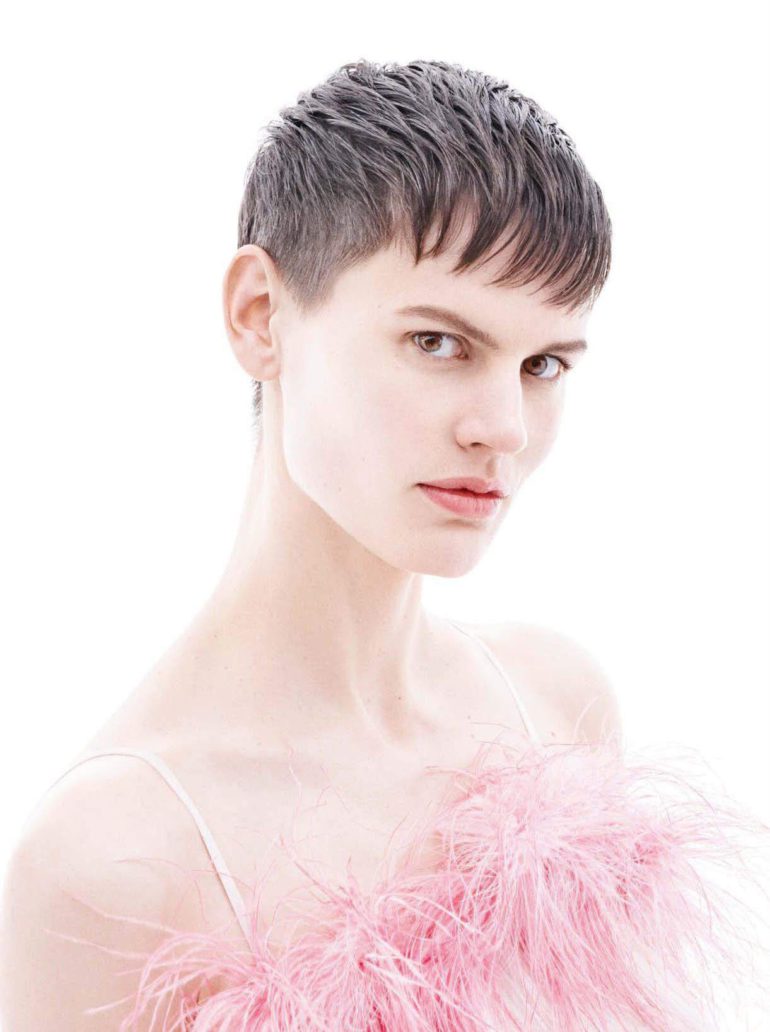 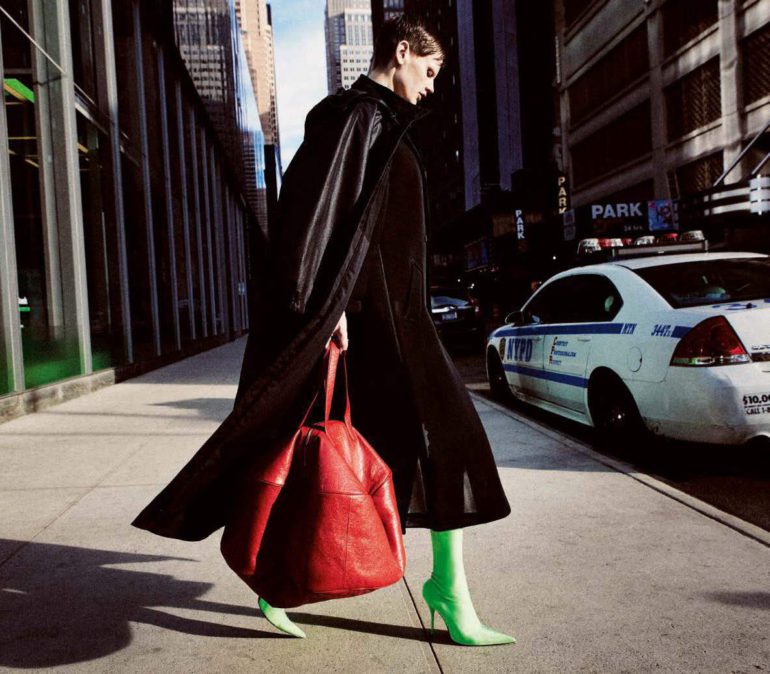 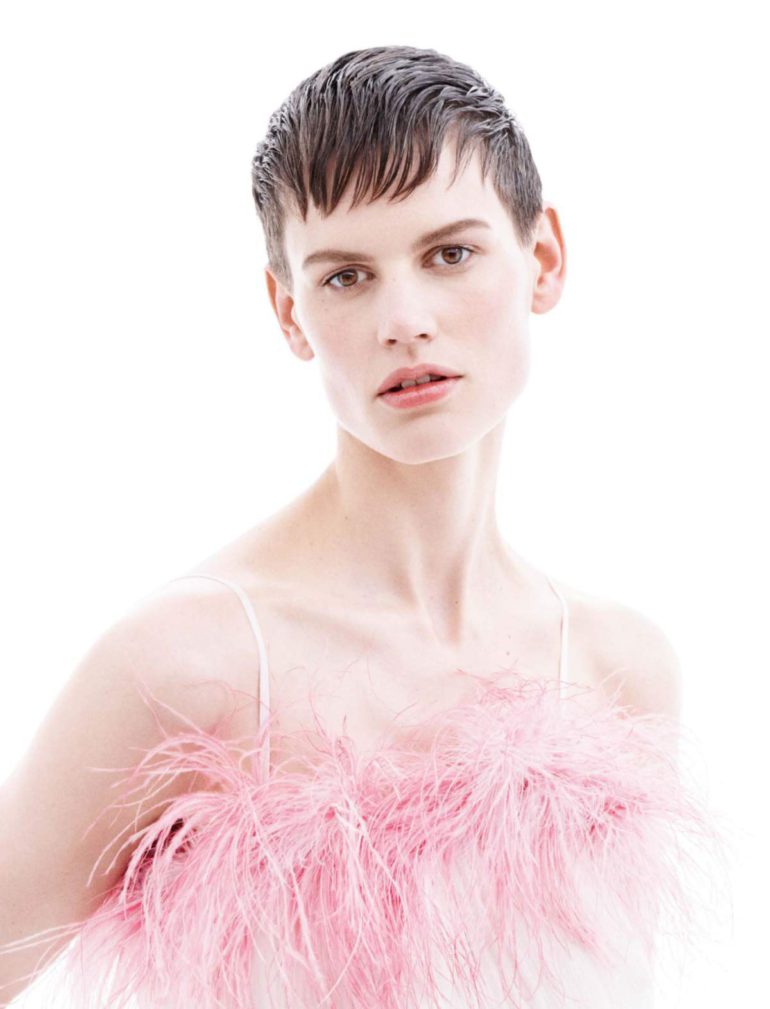 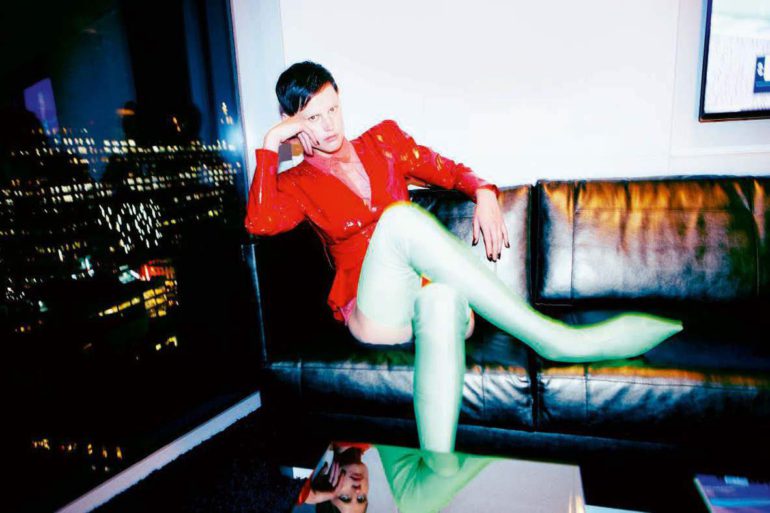 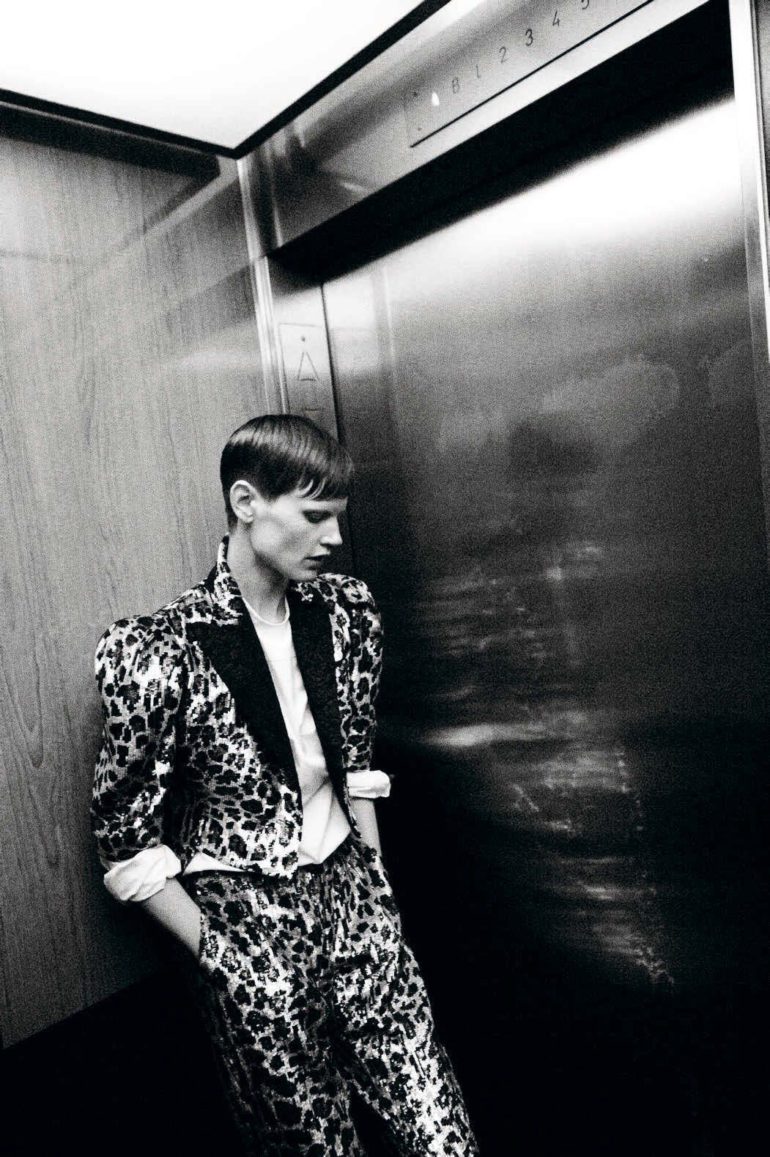 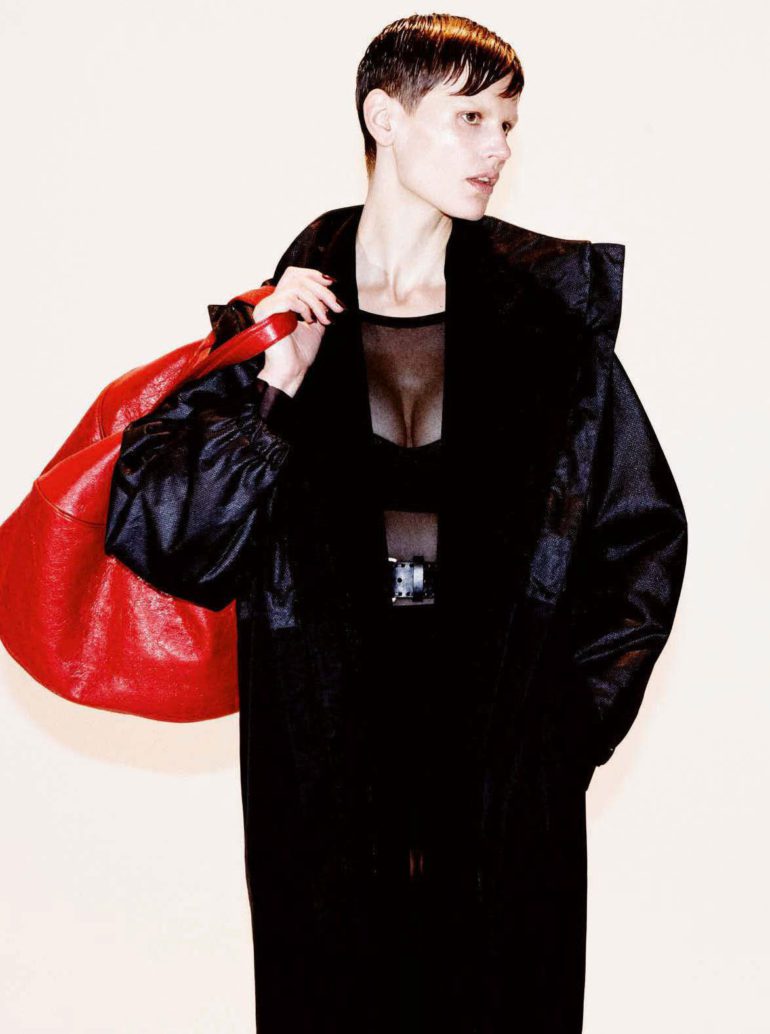 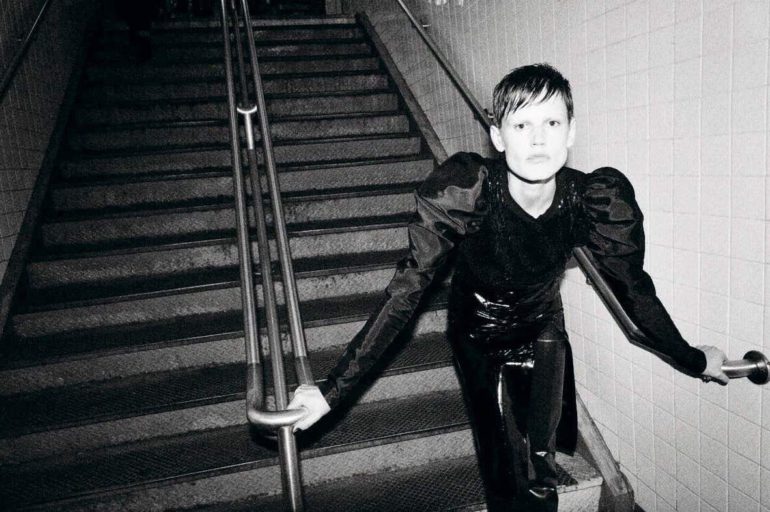 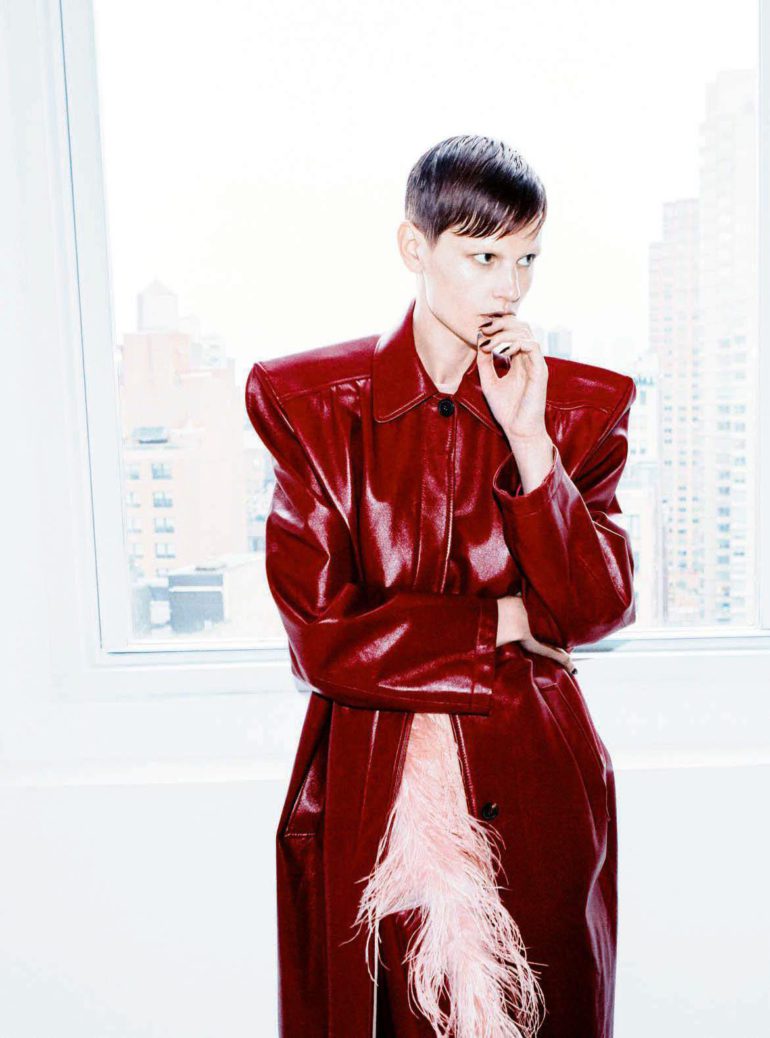 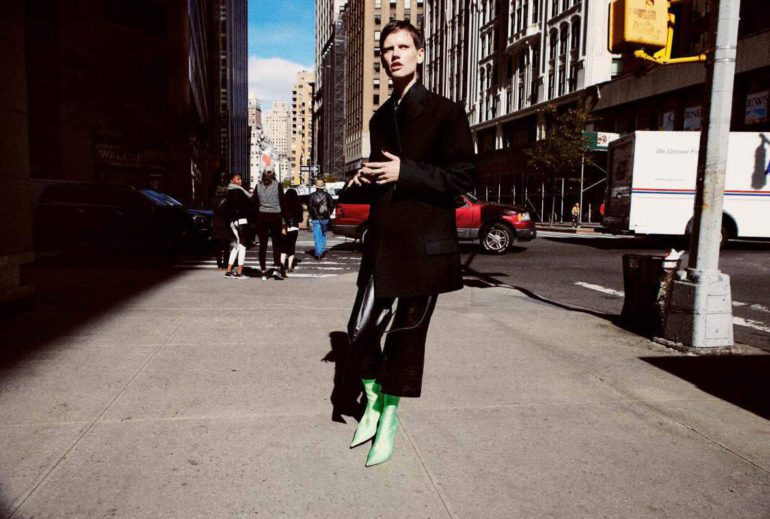 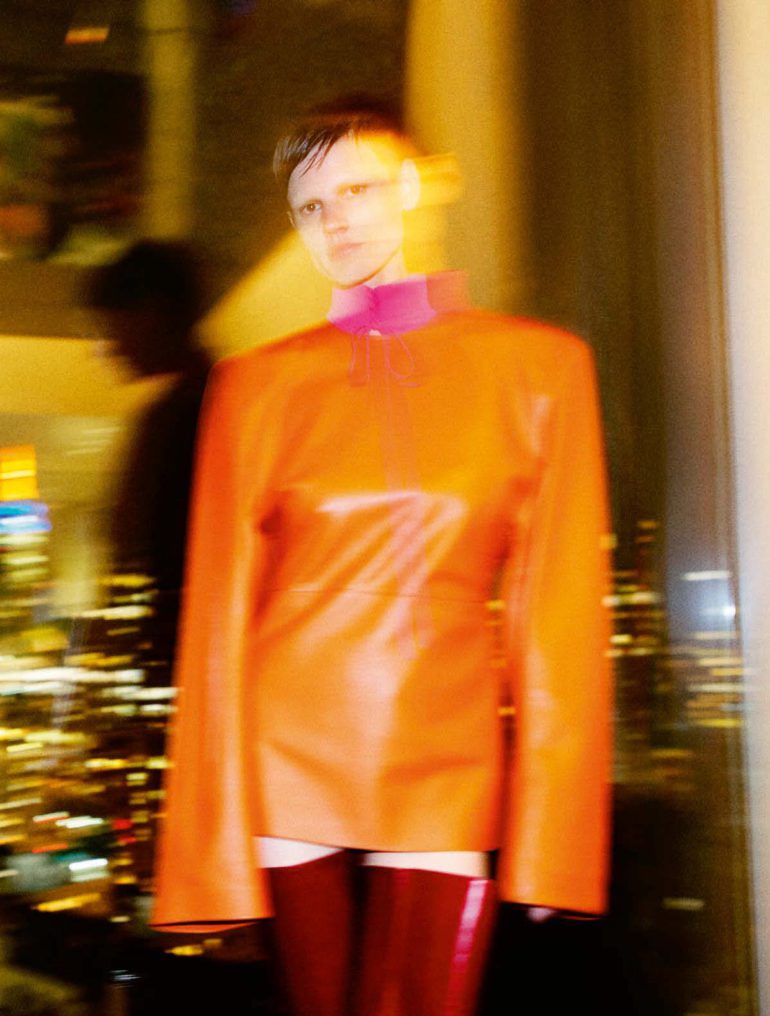 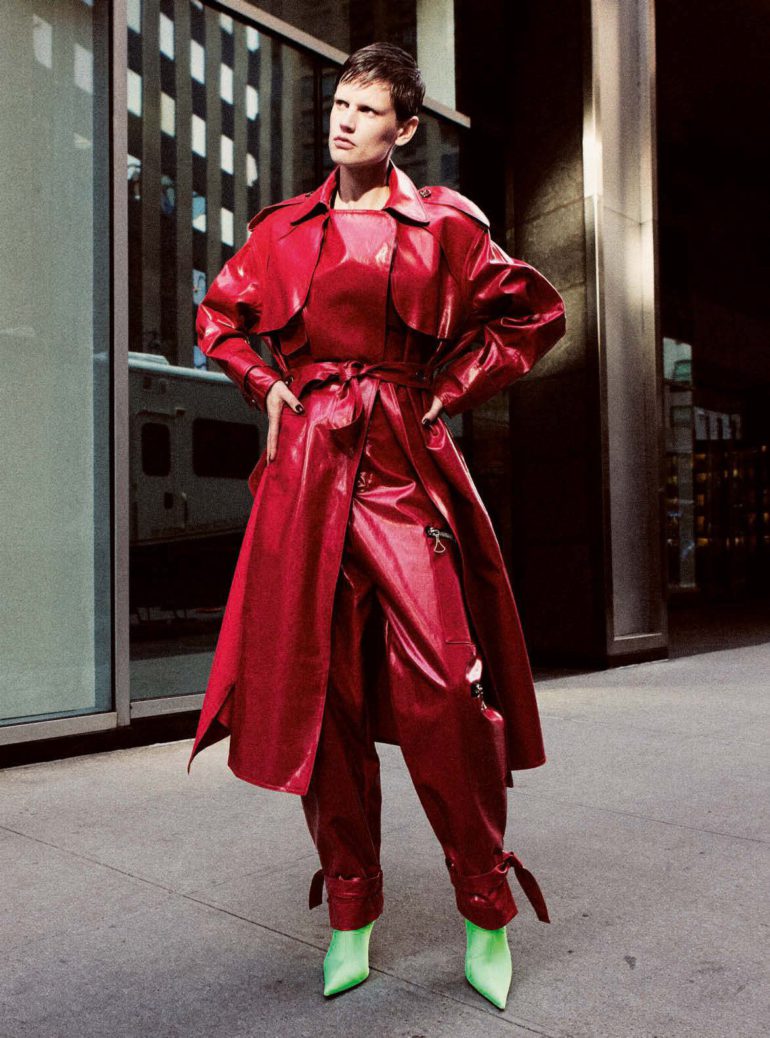 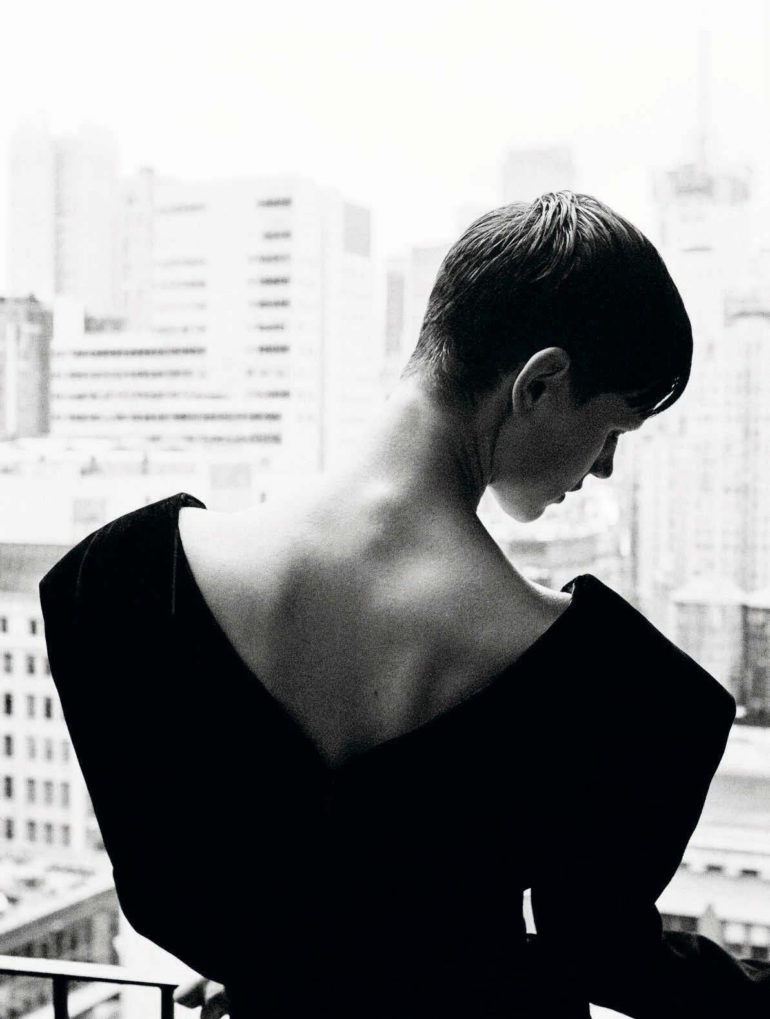 A conclusion that is reached through the

Saskia de Brauw Doubles Up 'It's A Matter of Shape'