Bella Hadid beguiles in a role that makes it clear she’s here to make her own mark “Personal Best” by Inez & Vinoodh for Vogue Italia, June 2017. Coupling with Natalie Westling, these two models couldn’t be more opposite yet come together strangely well. Bella secures her spot on top with this compelling cover-story by Inez & Vinoodh. We’re getting use to her affect, accepting that she is not one for real, emotive expression. Alex White takes advantage of Bella’s beautiful body type by showing styles with a revealing edge. She is both lithe & curvaceous with long limbs that lead to a bodacious upper form. A beguiling combination that promises both to bewitch and to but-kick. Preferring a high-waist, Bella is one of the few that has brought back that 70’s vibe. And she done it with a level of authenticity. Giving off a sometimes darker vibe, each image is alive with a kind of neo-kinetic drive that barrels toward a titillating end. This is a celebration of the female form. Not a salacious blend of sex and style, rather, a distinguished way to deliver high design. The craft of couture is artfully explored, as we see within the frame of each shot a story of change. As women we are used to being put in a box. Either we’re seen as being overt or subtly inclined, but, never has there been much room for that space in-between. A place where most of us live. As humans we are complex, as females we are fierce. A truth that tells us as we travel through the universe on our journey of discovery, we must keep in mind those who follow behind.

Elegant and poised with a dash of panache, each piece falls with defining grace. Moving from body-hugging material that skims the skin, to sheer fabric designed to work like a see-thru window. Bathed in a scarlet hue, she sits on a pile of silk as she twists around to expose her backside. She jumps to the sky with her hands held high, donning a scarlet beret with a matching transparent skirt. Bold color erupts as Wendy Rowe gives her rosy cheeks with a bright mouth to match. Following the no mascara lead, the eyes are left clean topped by a filled in brow. The overall look is one that Hadid seems to be branding. And, while Westling may be playing background she’s the one with the fierce face. Coming in hard with a hit of cosmetic chaos, she pops up in a Mulberry coat with makeup to match. Only to top herself off with a mossy, green dress highlighted by a surround of neon shadow. At first glance, one might be swept away by the luxury of the leather or the curl of her long locks. However, upon closer examination her skin begins to sing. A seminal shade surrounds the eyes creating a kind of masque like effect. Taking over half of her face, she appears like a superhero of the model variety. Hadid revealed her stunning Hair-Over at the recent Met-Gala event. Ward asked her to chop her locks for the current cover-story, and the result has been quite a hit. I do believe that Bella’s brand of beauty gives this ~Bob~ a refreshing twist. And that may be the very thing she offers. What she may lack in dramatic expression she makes up for with an innate kind of currency. That’s to say, her looks are currently holding a momentum that could be considered a compelling commodity. 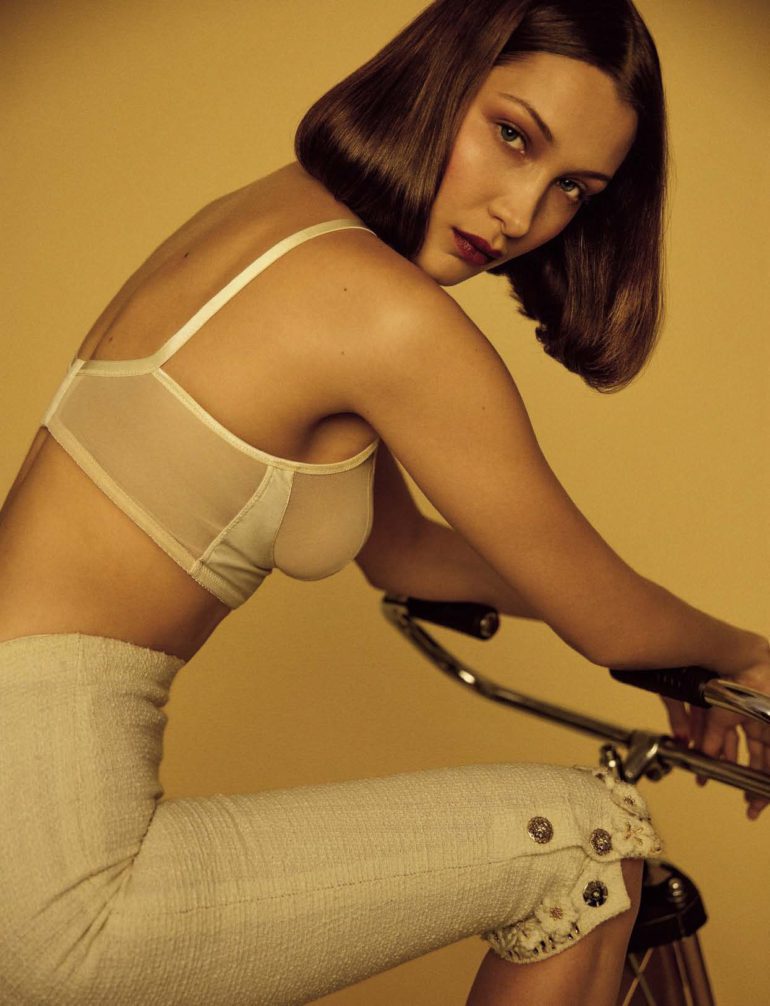 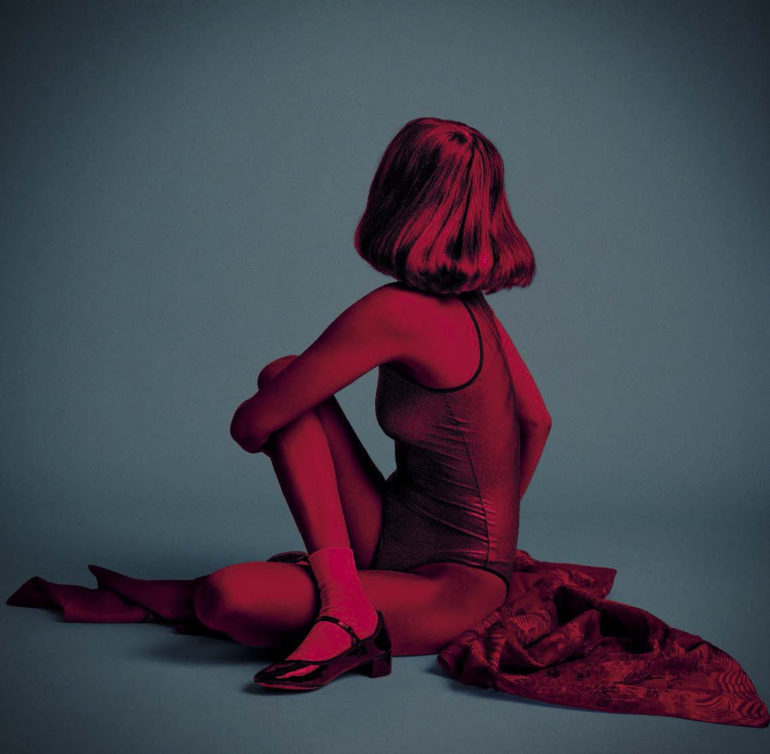 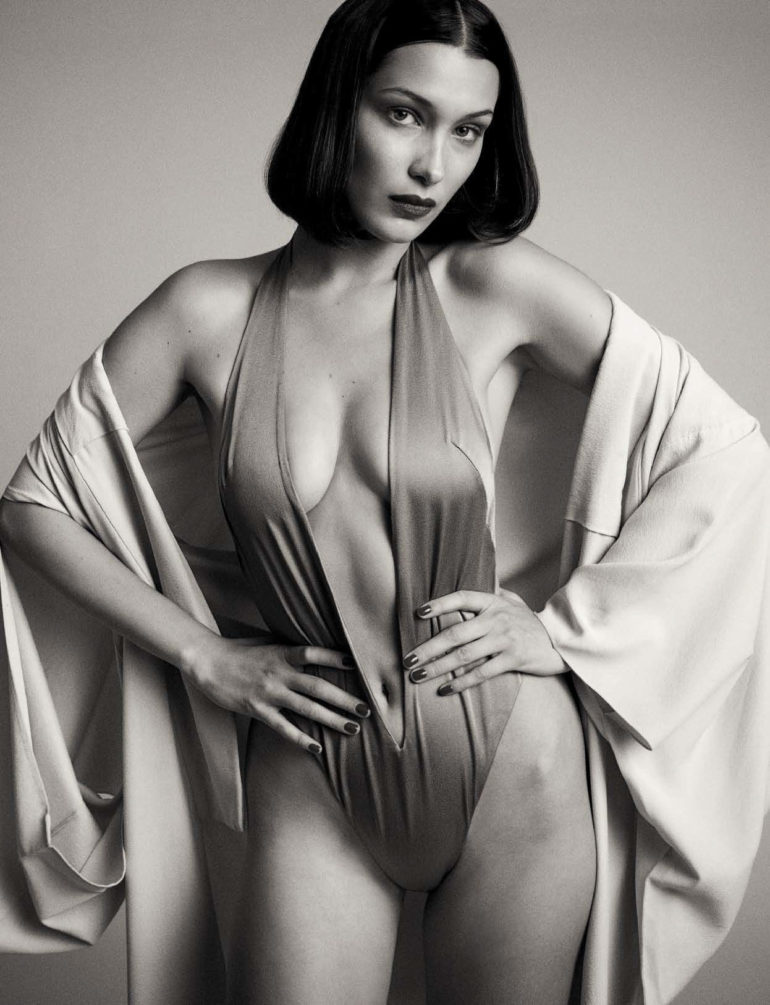 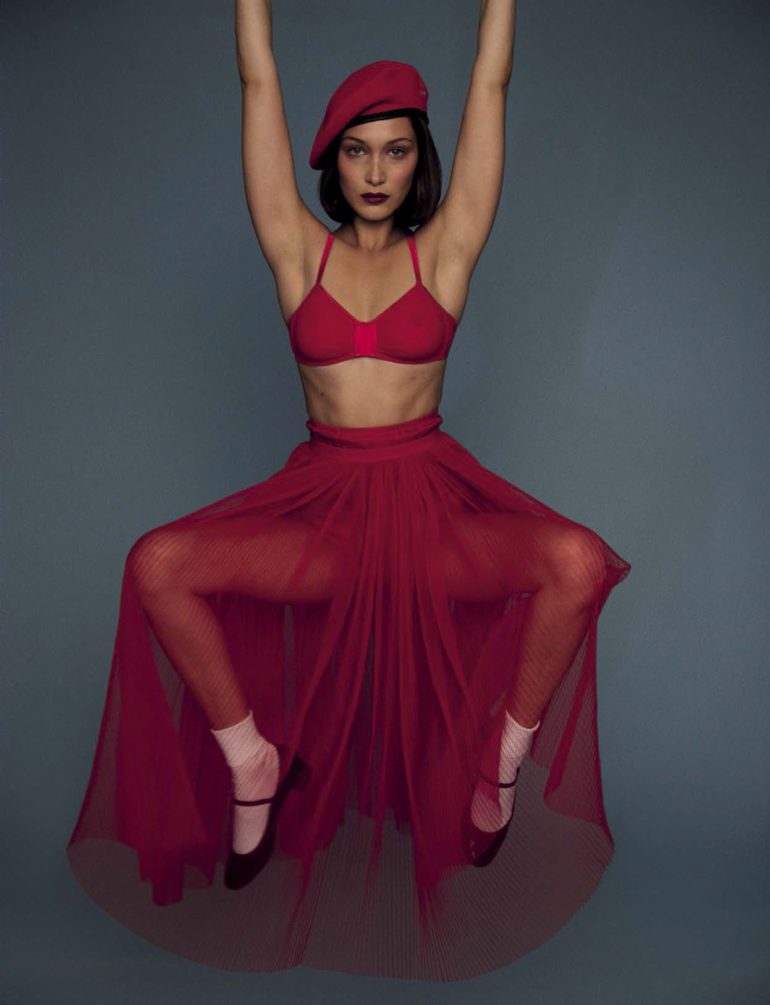 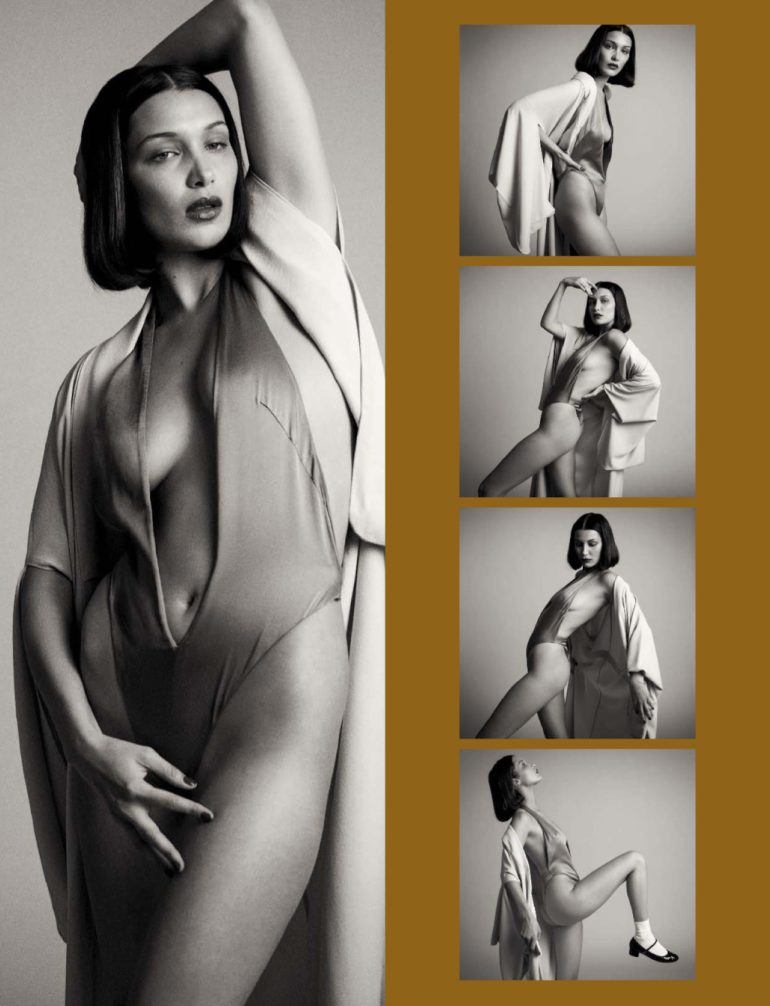 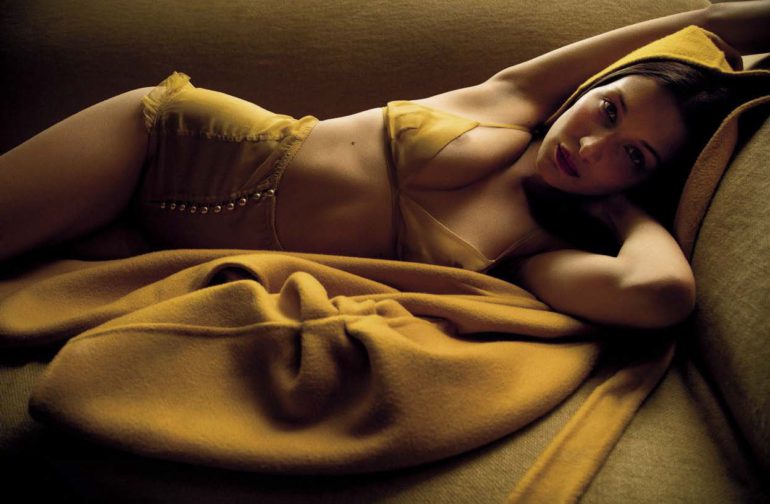 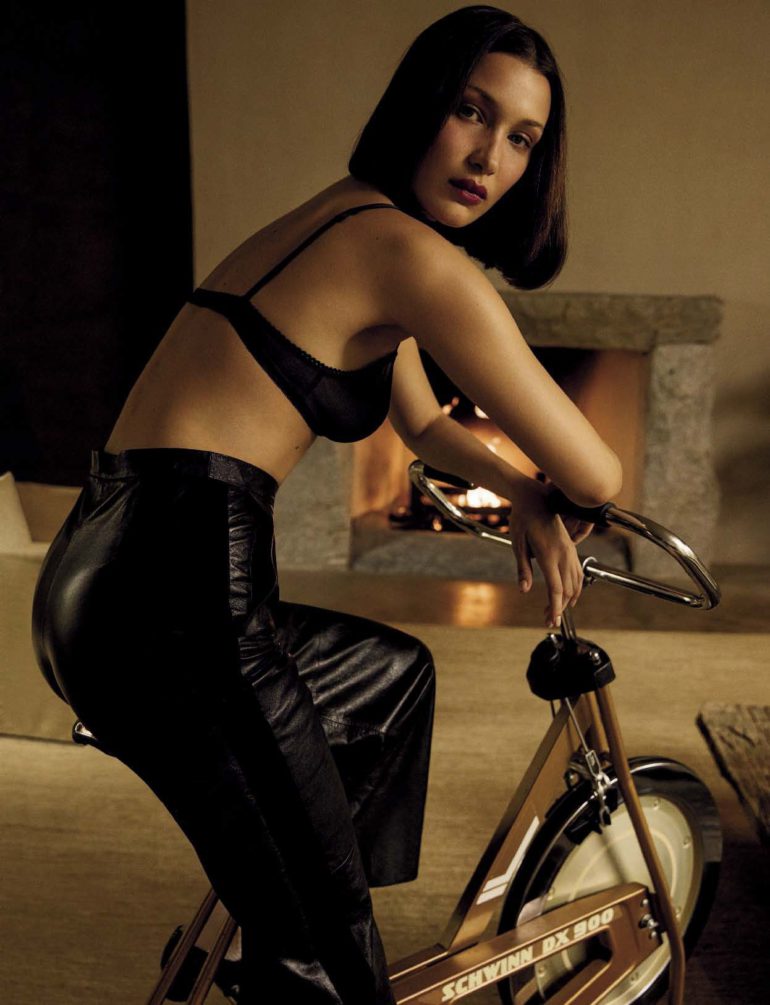 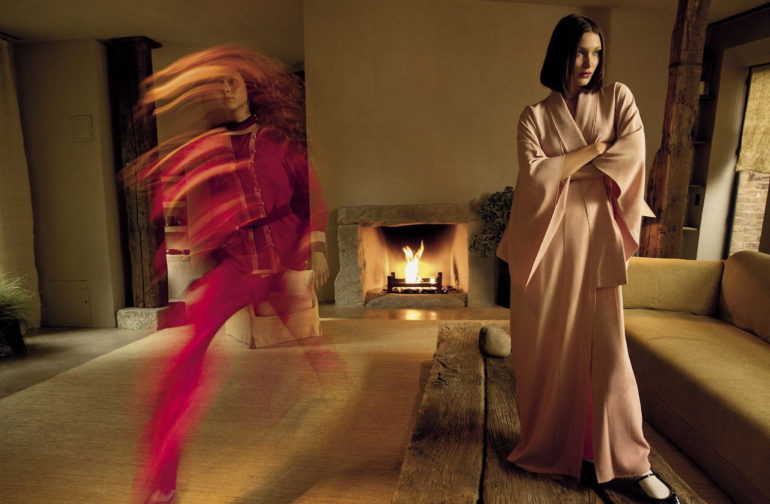 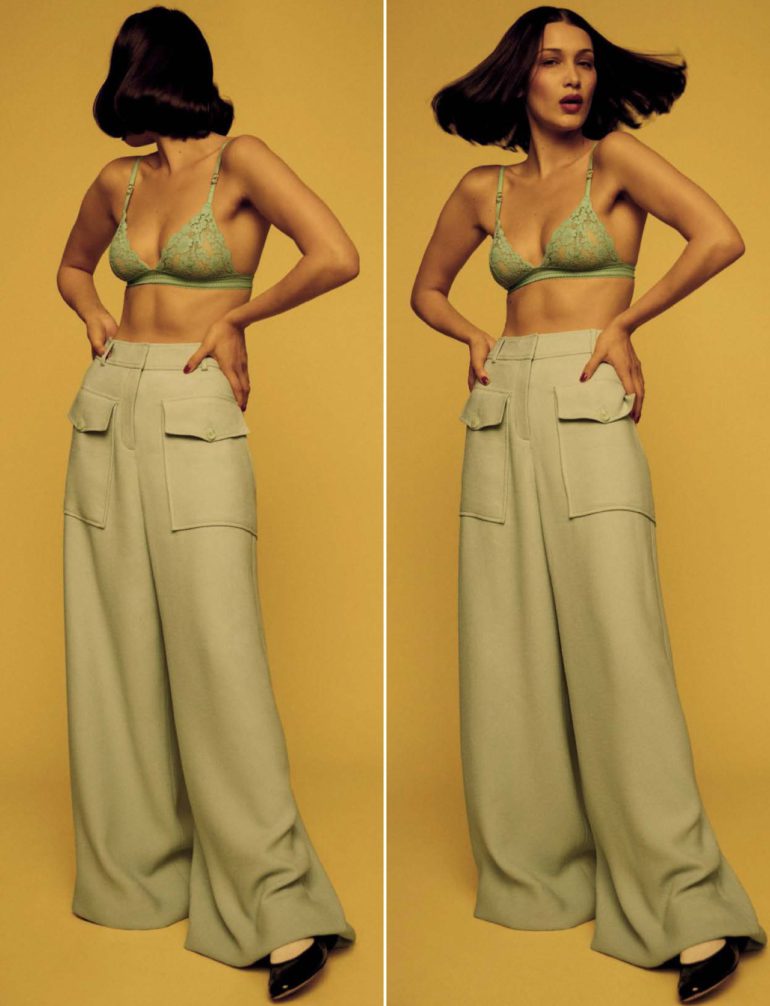 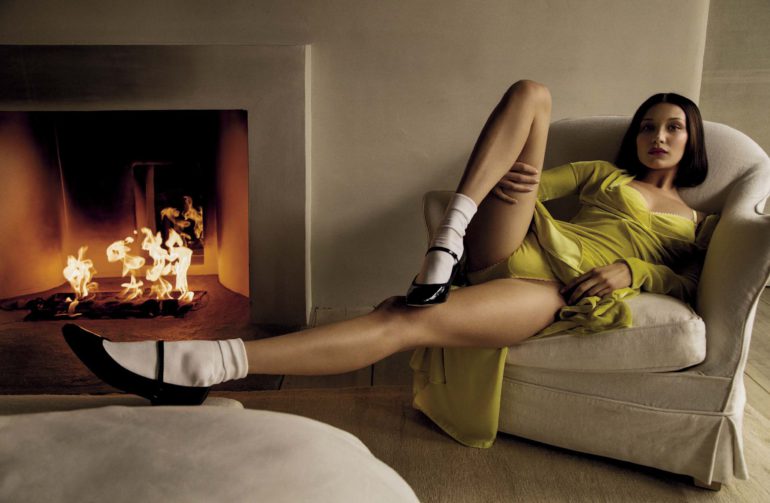 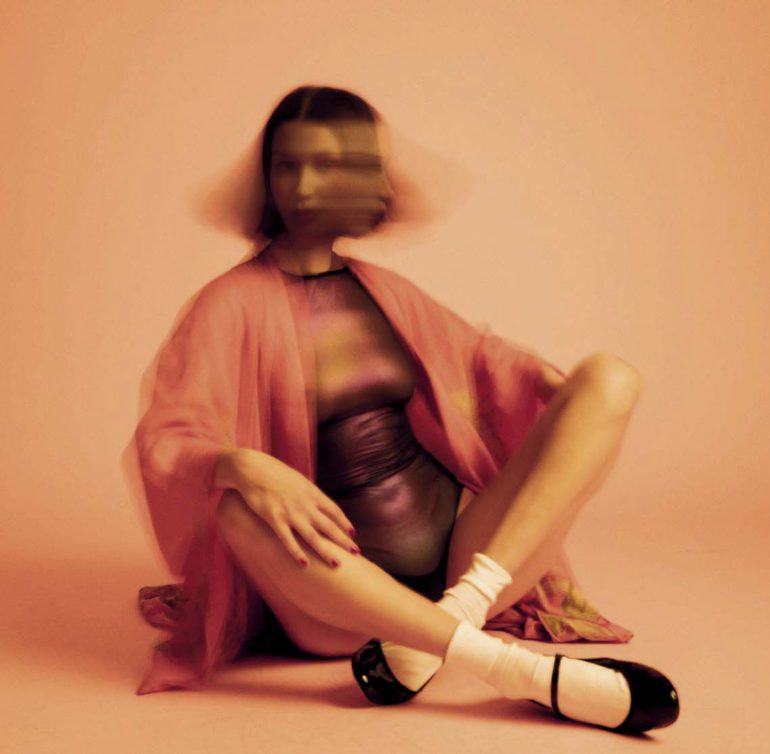 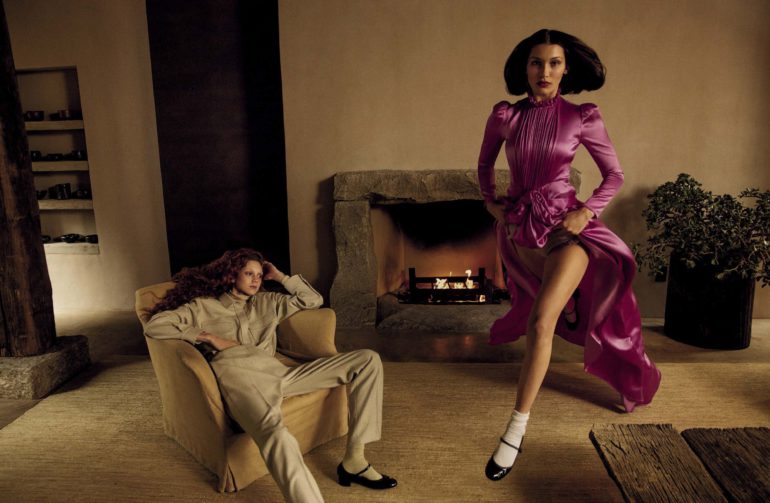 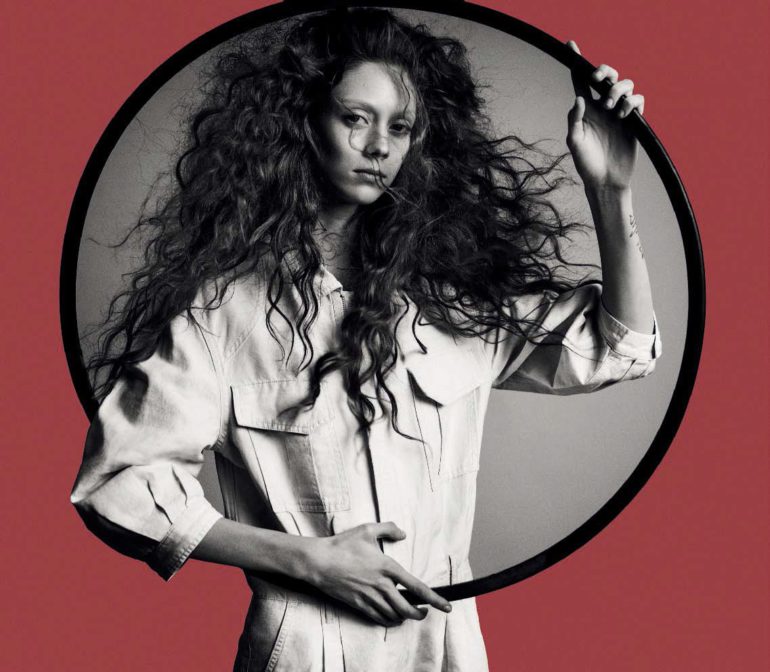 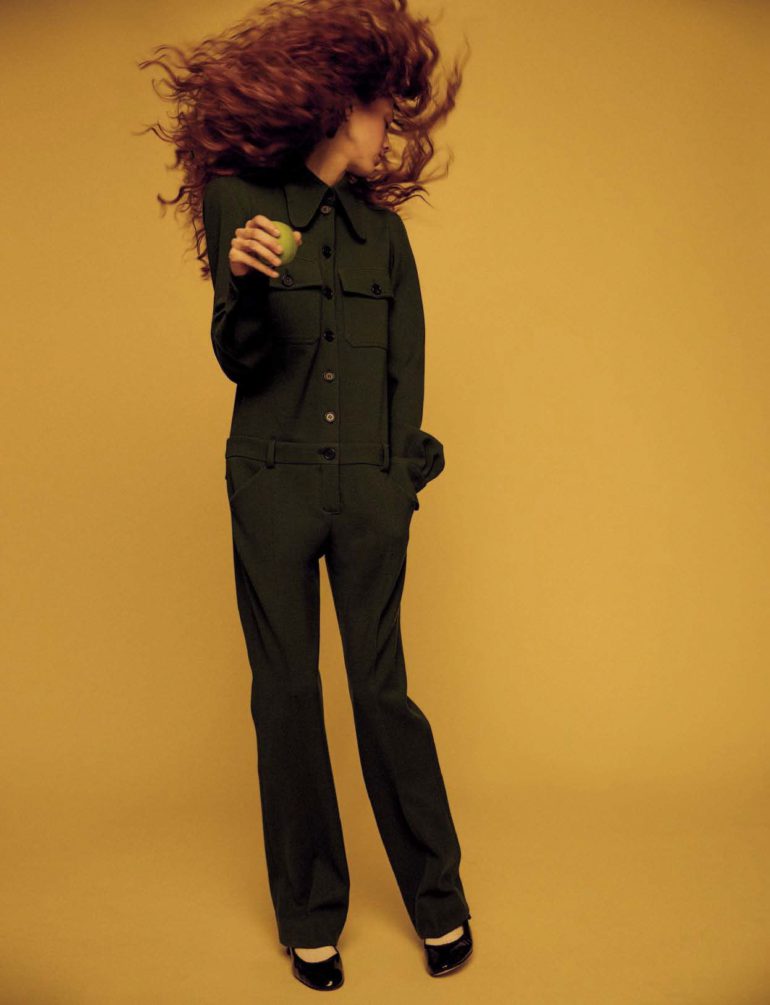 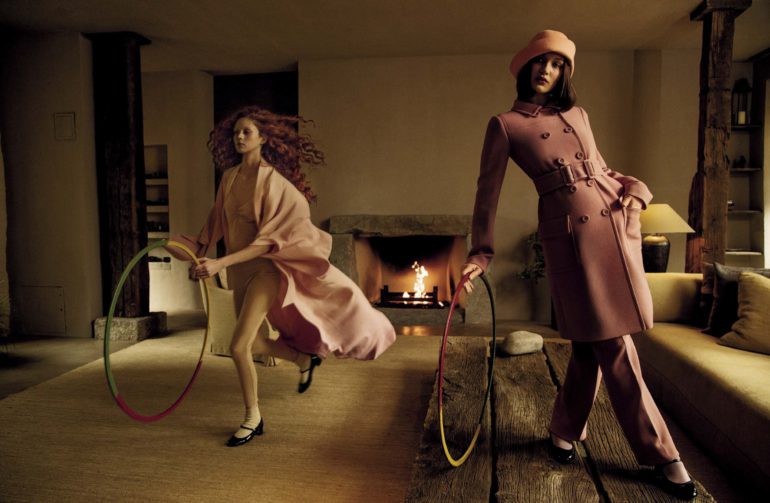 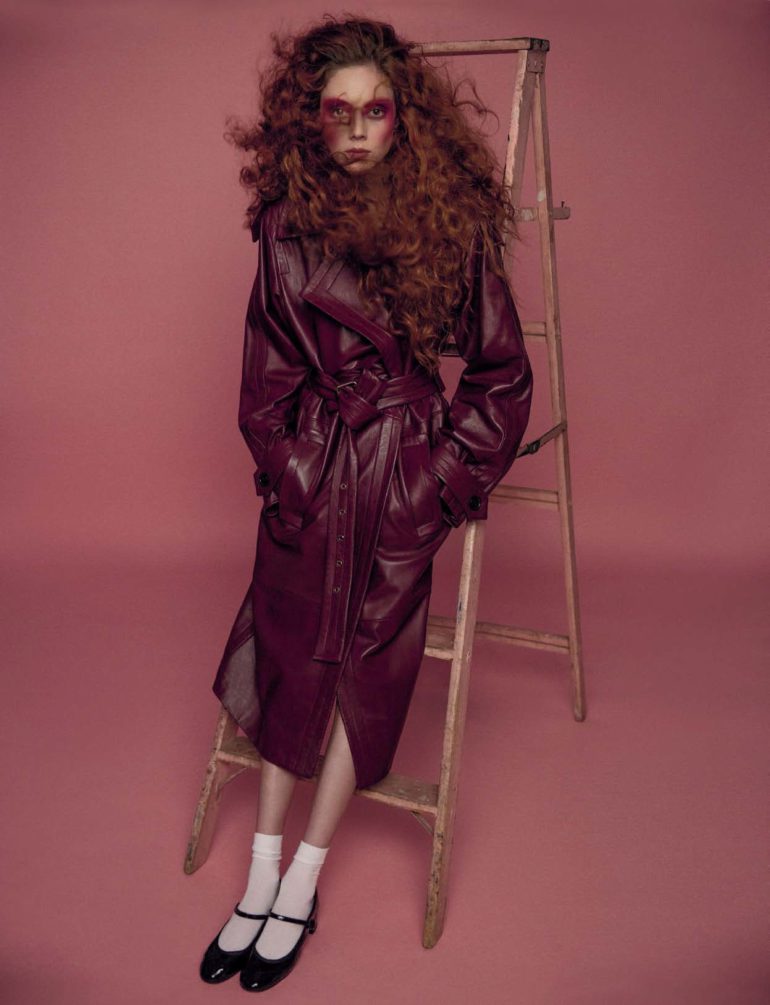 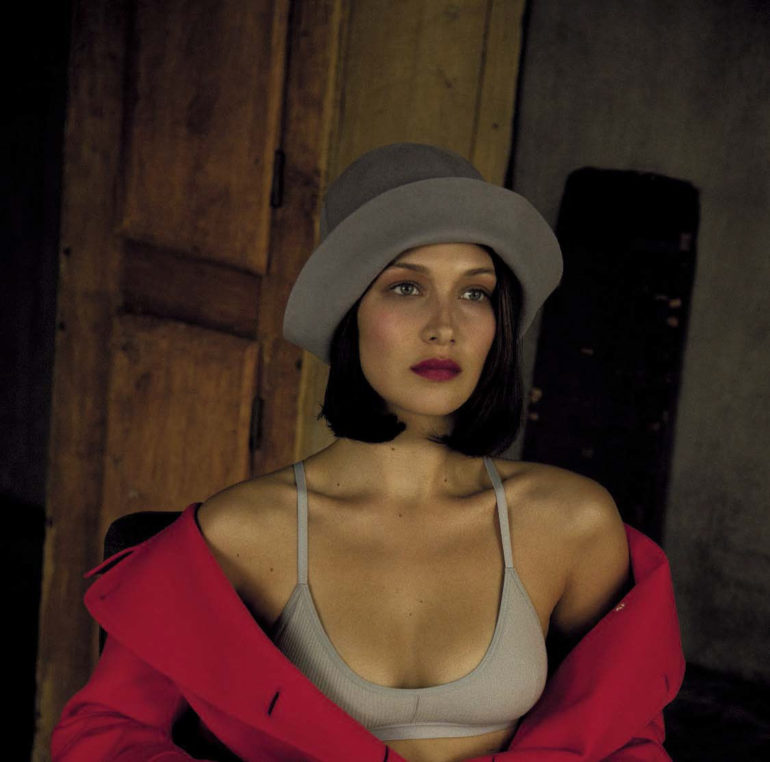 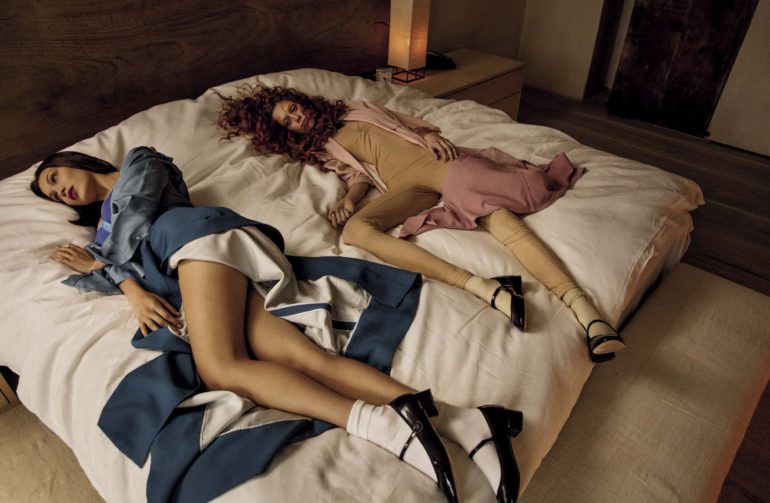 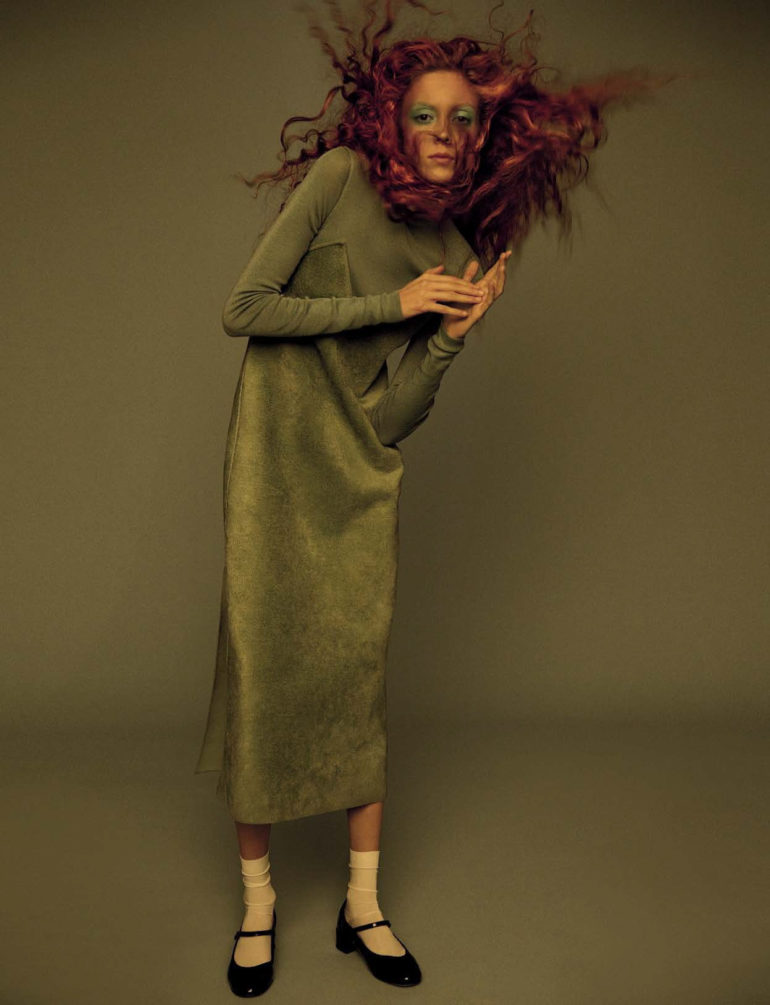 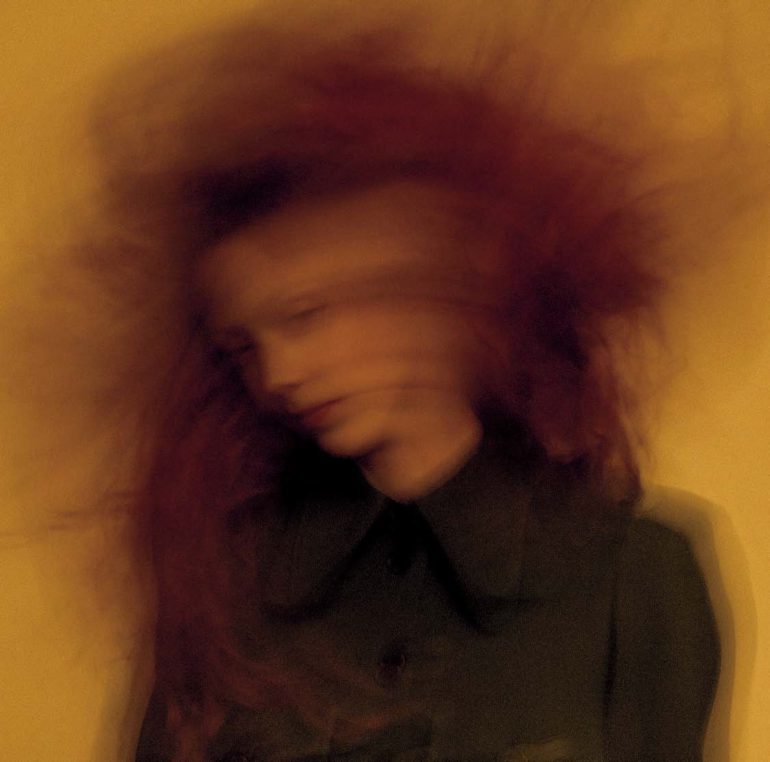 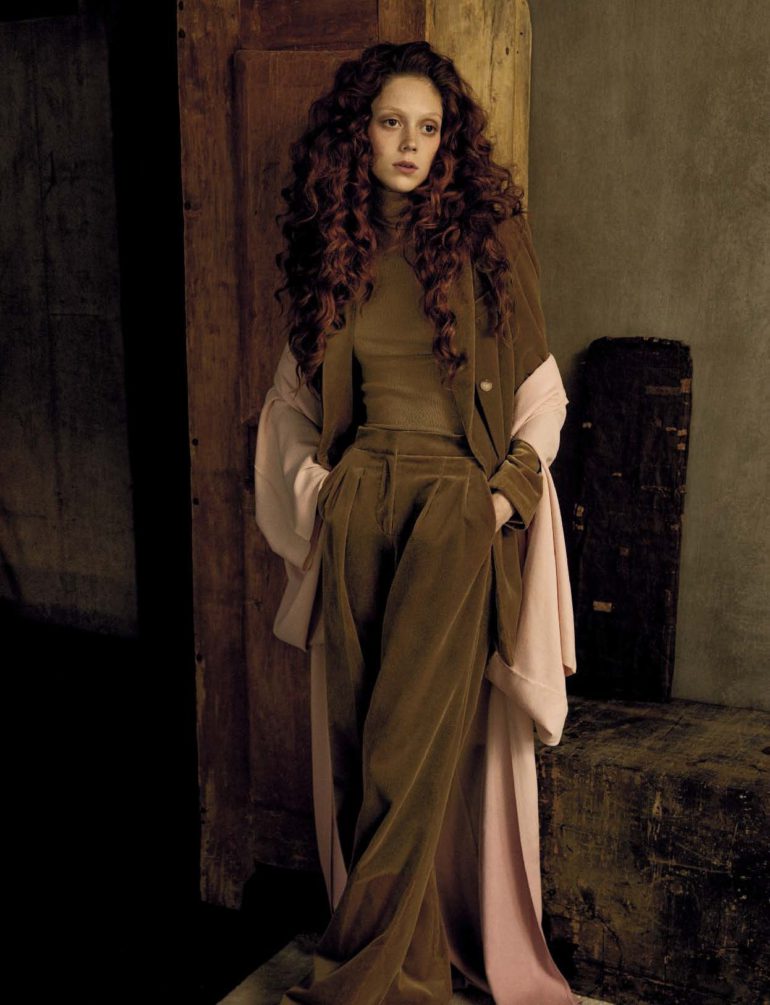 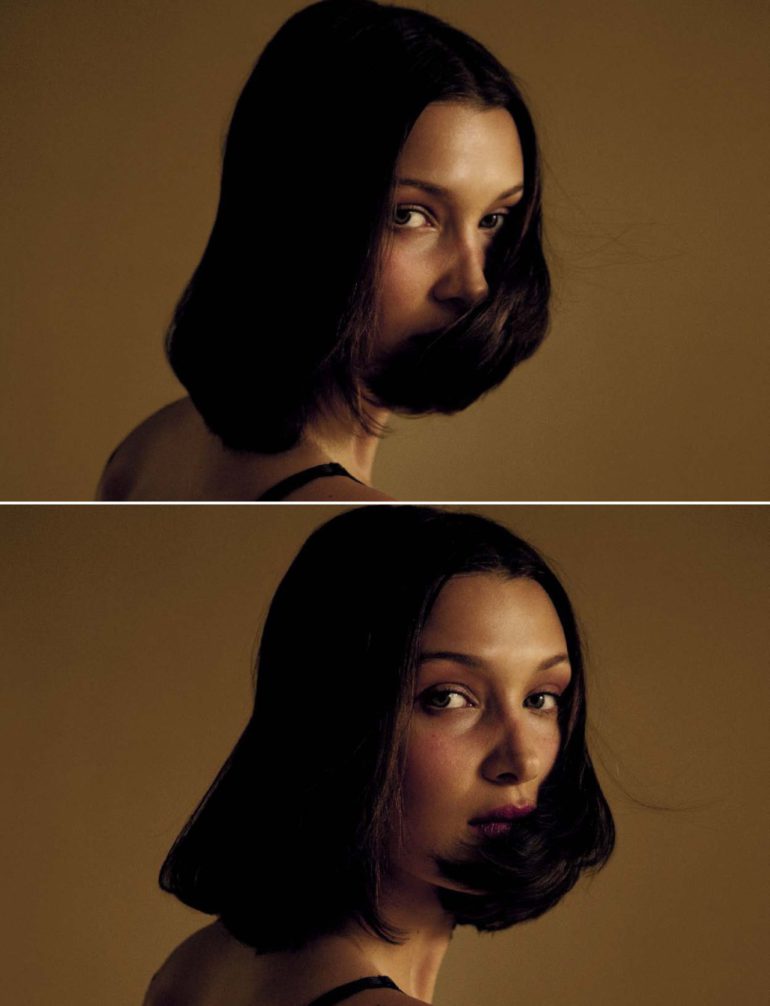 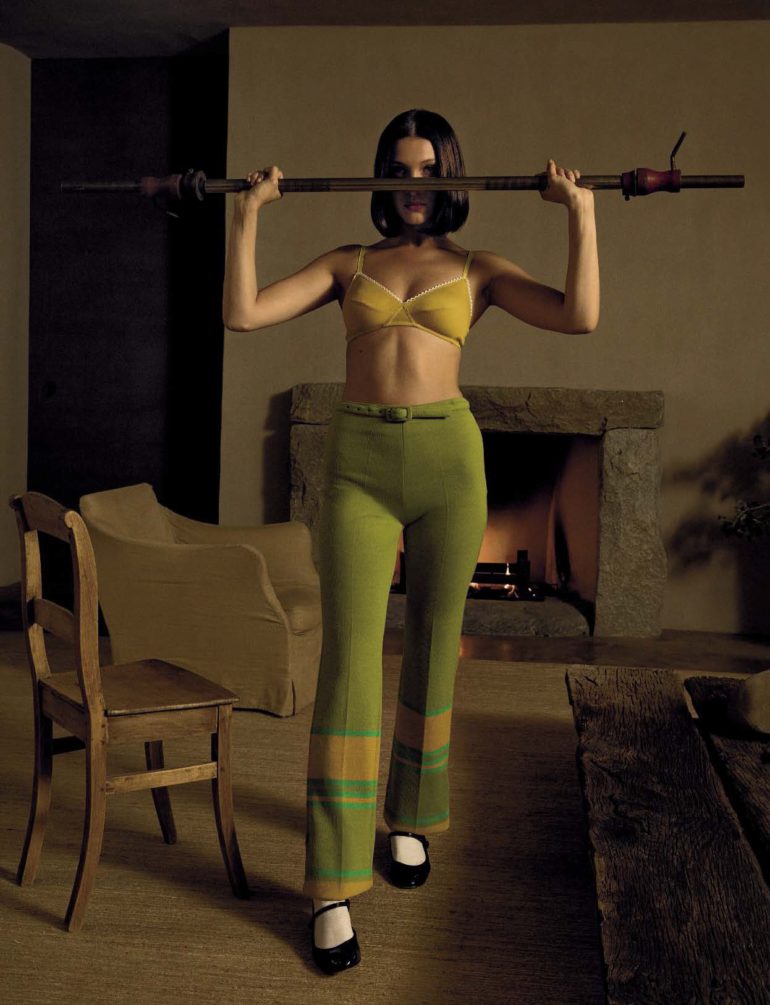 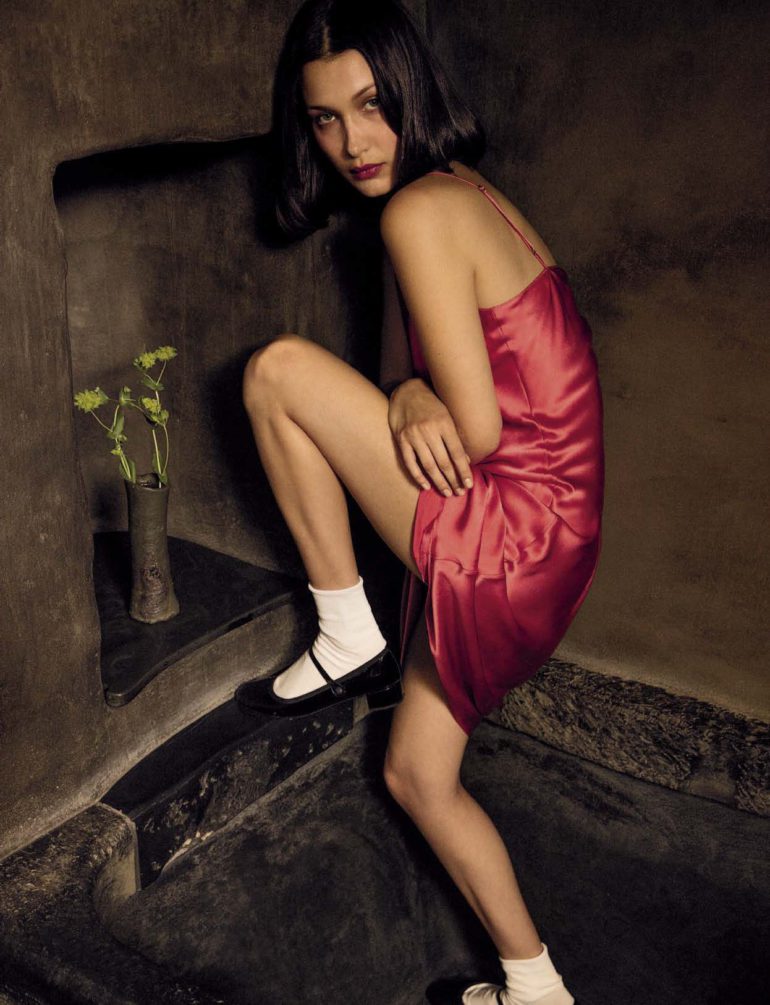 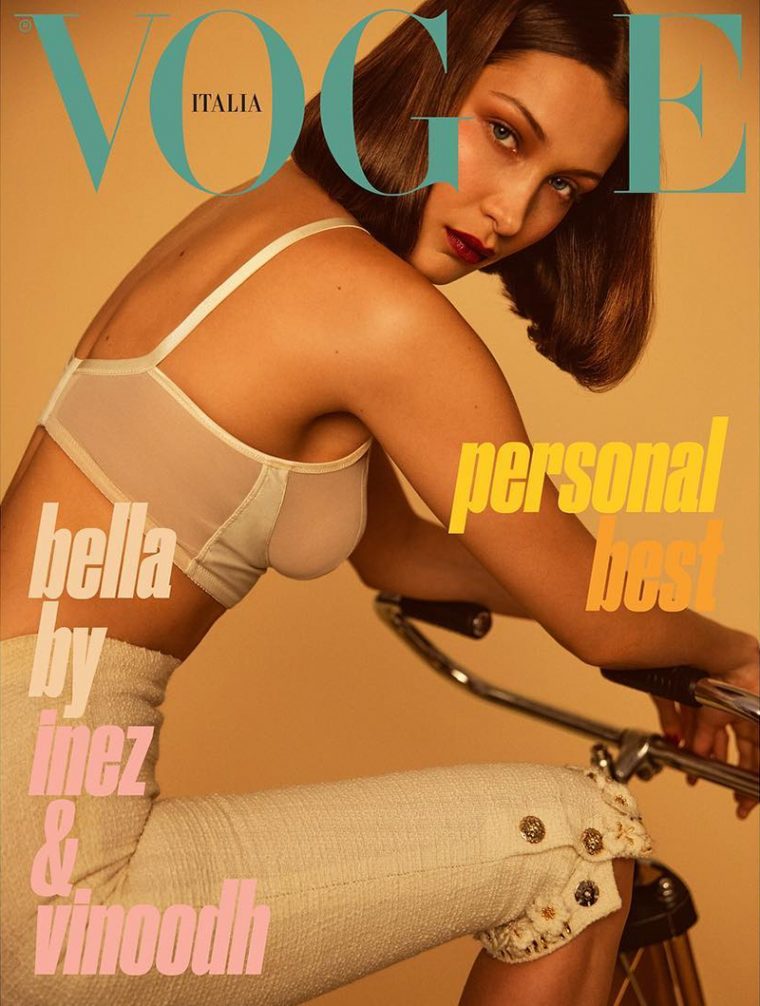 Bella Hadid in 'Hit!' by Alexei Hay for Jalouse Magazine