Cara Taylor & Birgit Kos go retro in this modern take on 80’s inspired styling by Hedi Slimane for Vogue Paris, June/July 2017. Part 1 is a distinction of high designs, while Part 11 delves into the depths of decadence. Art expresses itself, revealing in the excess of the enlightened we exceed our intentions. Alive with a kind of 80’s vibe, Slimane shows us a slew of Ray-Ban Sunglasses that will always represent the era of excess. The countenance of her image bares in contrast to the creativity of her being, while the planes of the face are walled off, giving her a masked appearance. Modernity isn’t something that just happens. It comes as a result of a real response. By having the authenticity of the 70’s meet up with the hectic edge of the 80’s, we were left with a kind of super-strength of style. That’s to say, while we experienced a plethora of pageantry in those two combining periods, the defining result was one of bravery. There was nothing we feared after facing the fashion lion of earlier times. Everything assimilated from those memories are a mimicked version of our current selves. Tick/Tock… Tick/Tock… so while we think we’re in a hurry, don’t be so quick to rush.

There is something delicious about Hedi’s drive toward decadence. Digging into the well of design, skin fitting styles send us into a self-induced fashion coma. Leather and Lycra leave quite a taste in the mouth, making this more about the flavor of fashion than the distinction of design. This brings us back to a day when the visual appetite required more than a click. Now, we find our voracious needs are only settled by the sentient nature of high style. And, while this story carries that clichéd state, our memories are made from something more real. Black does the body good as Emmanuelle Alt delivers a complete vision of retro inspired designs. Remembering that body-con styles weren’t just a popular craze, they were a serious fashion phenomenon. Decked out and divine, Cara and Birgit move from a golden leotard to a black one-piece and two-toned pantsuit. Red, leather pants and silver riding boots will have you rethinking your wardrobe ~ as Birgit makes this combination look complete.

Lisa Butler fires things up with flaming lips that match her nails to perfection. An ode to the art of the day, this cosmetic compilation is a tribute to over-the-top beauty. Decadence defines the era as Lisa delivers 80’s acumen with stunning aplomb. In most of these images the models’ eyes are covered by a series of modern aviators. However, when they do make visual appearance, they look nothing less than stunning. The sun hits their skin as Rayban glasses emanate an ethereal glow. Sam McKnight goes from a slicked, back dew to a long, straight bob parted right down the middle. Standing tall with her back facing us, something in Cara’s stance indicates that haute body appeal. As women we were still adapting to our place independence. Her broad shoulders and tiny waist bare out her beauty, while speaking to an era of enlightenment.

Flanked in a fusion of art and excess, the Aviators (et al) are merely a masque made to deny access. Worn in dramatic flare we are witness to the era of the elite. Set in a time when to get dressed for the day was a theatrical event. This wasn’t a normal time period, it was a decade of sheer decadence. And unless you were present you can’t really distinguish the defining details. One step away from the 70’s but a million miles from home. This decade demolished the idea of what it meant to be on trend. By blowing up the body politic our concept of creative beauty was radically bent. In the 60’s you could be hip just by joining in. But then the intensity built, requiring that you make a choice as to which fashion direction you wanted to flow. And so it was that the high velocity venom of the 70’s was met with the high octane output of the 80’s. Making for a double hitting decade unlike we had ever seen. What filled our imagination was soon to be seen on the street. And, while much has changed since then. I stand strong in saying, if it weren’t for those 2 vital decades and their determining directions ~ we wouldn’t be where we are today. 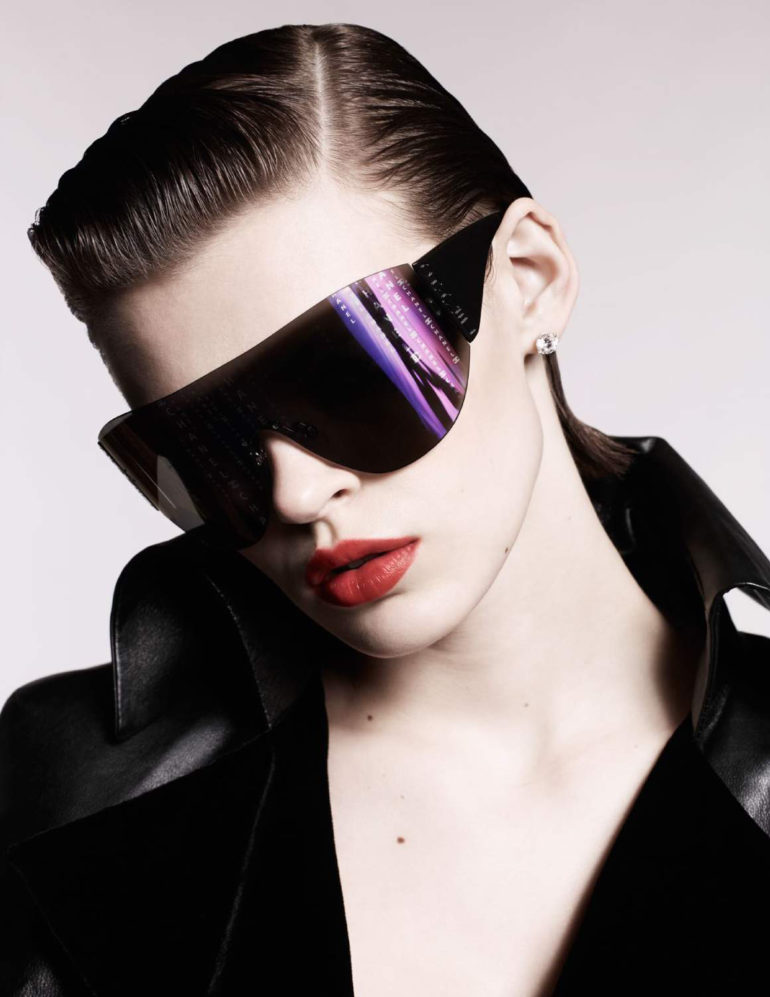 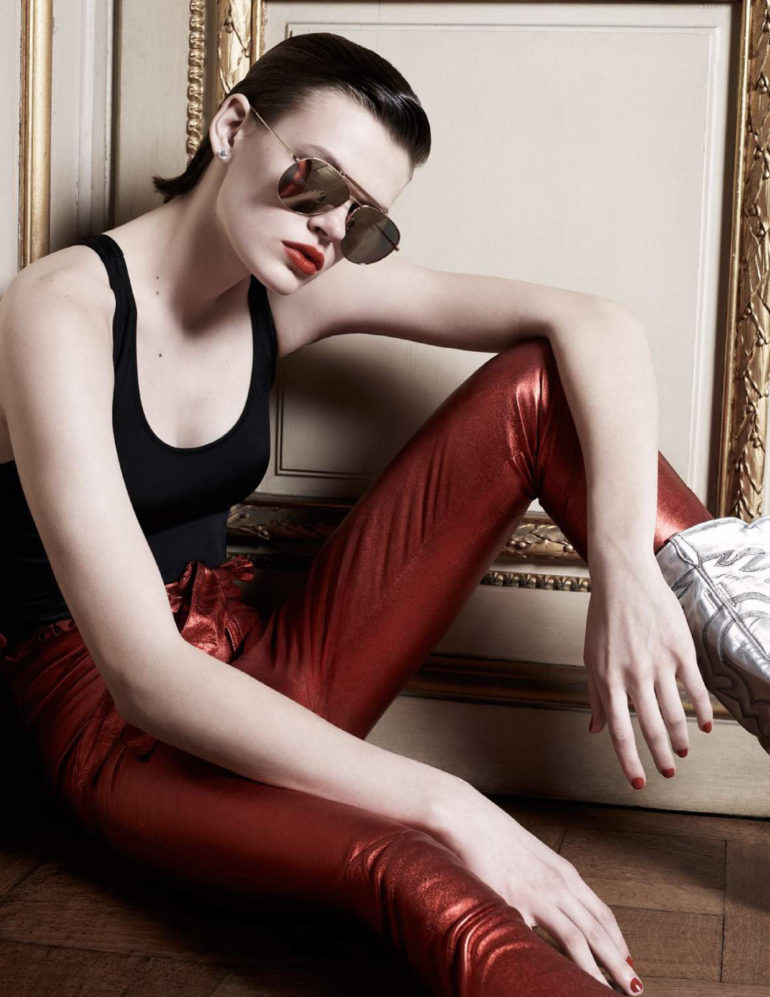 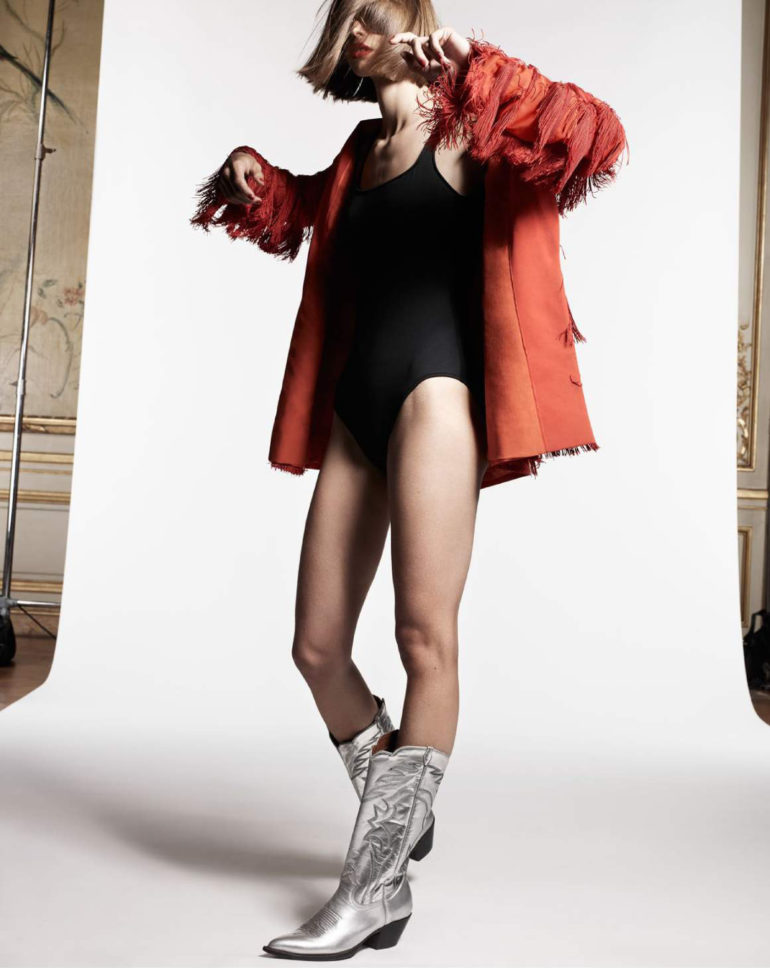 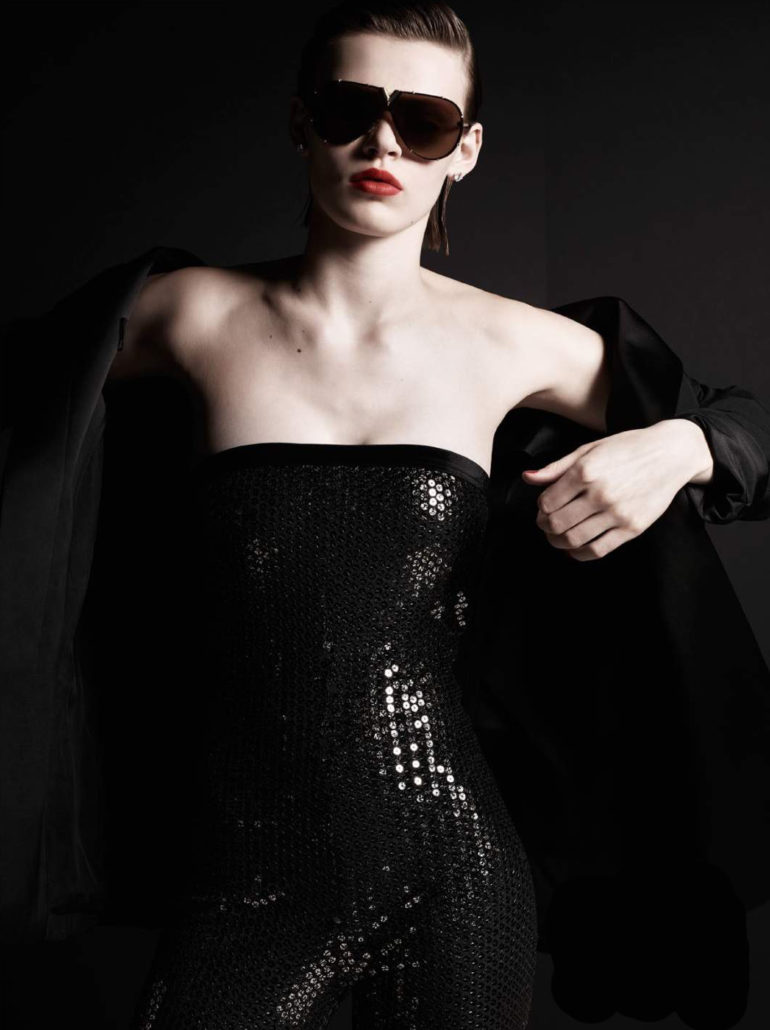 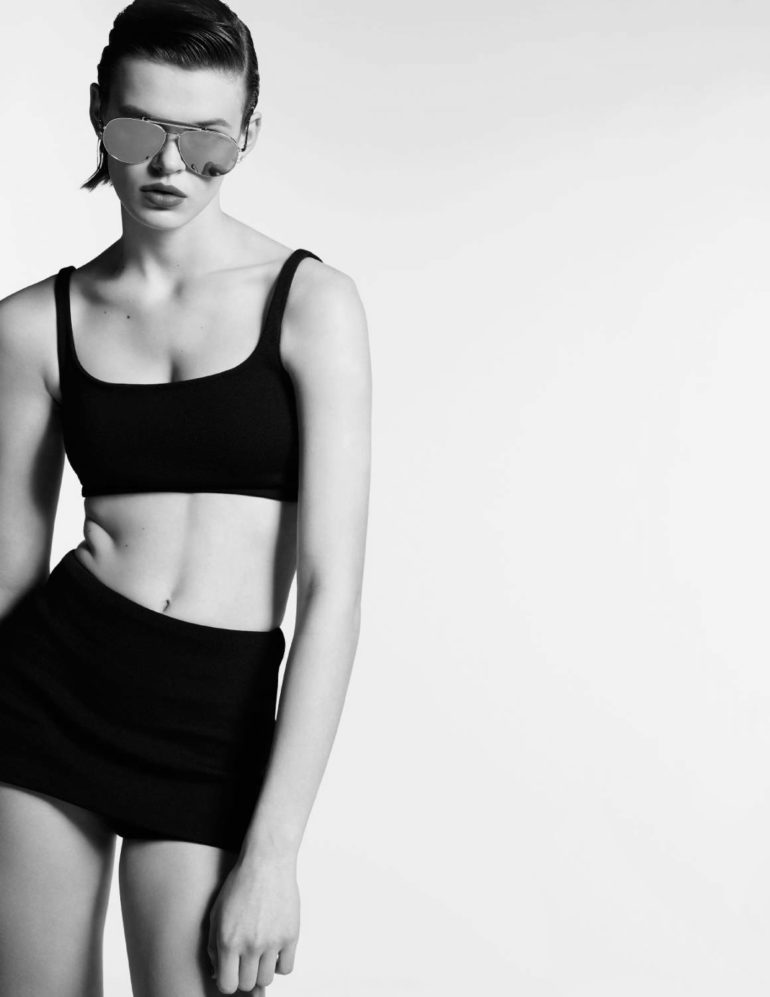 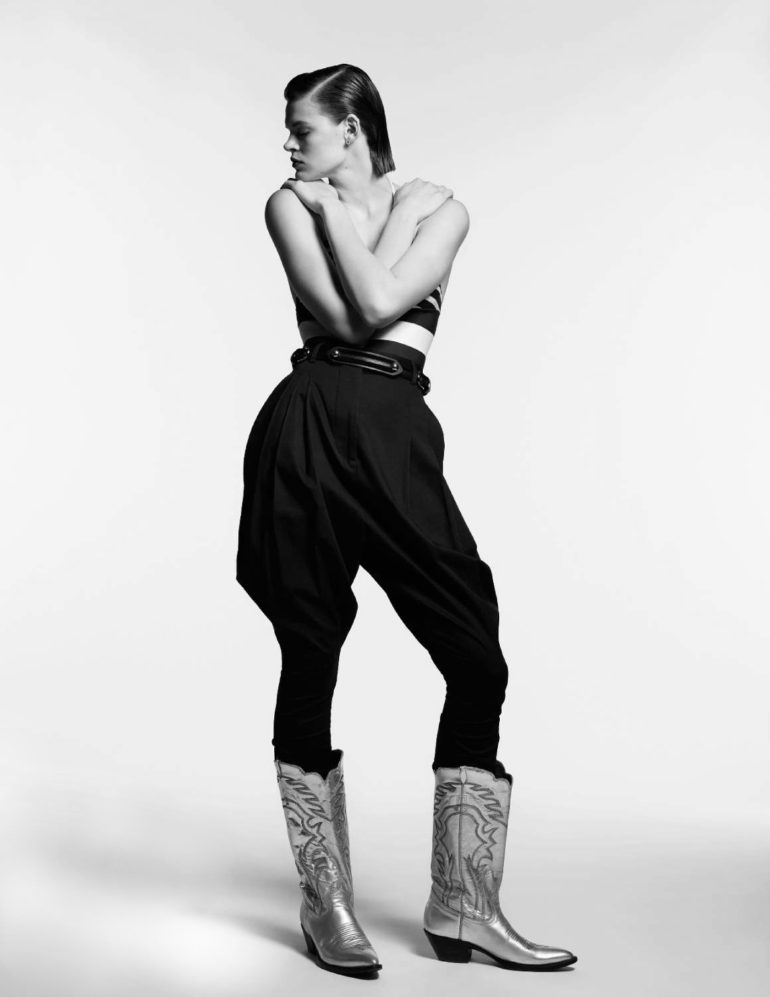 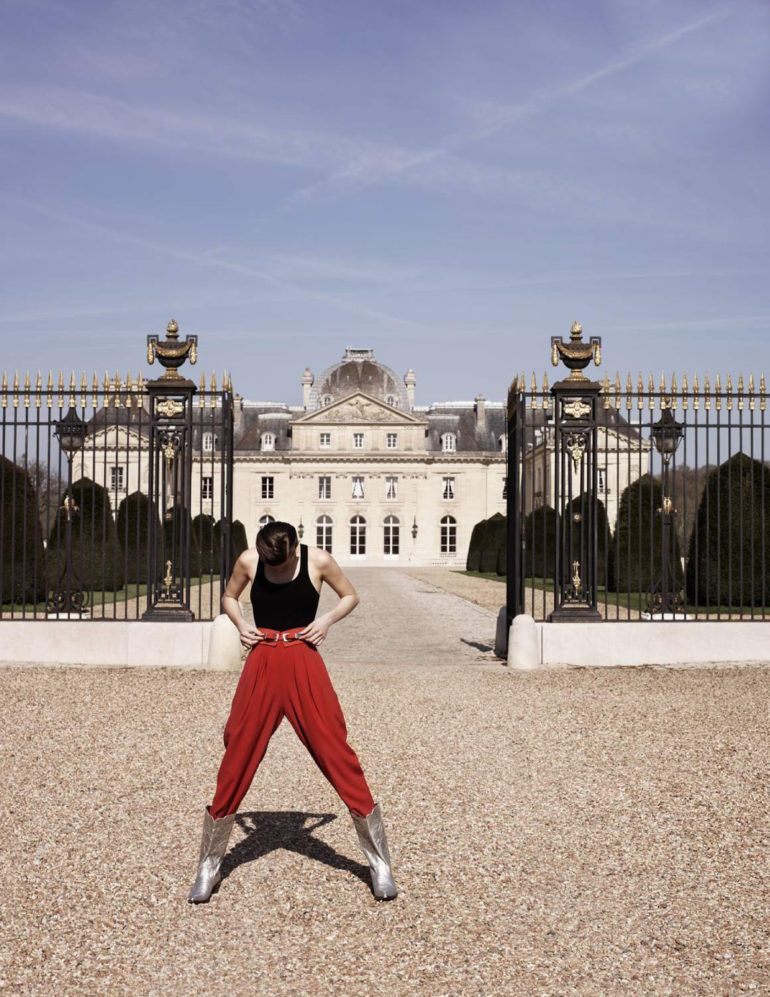 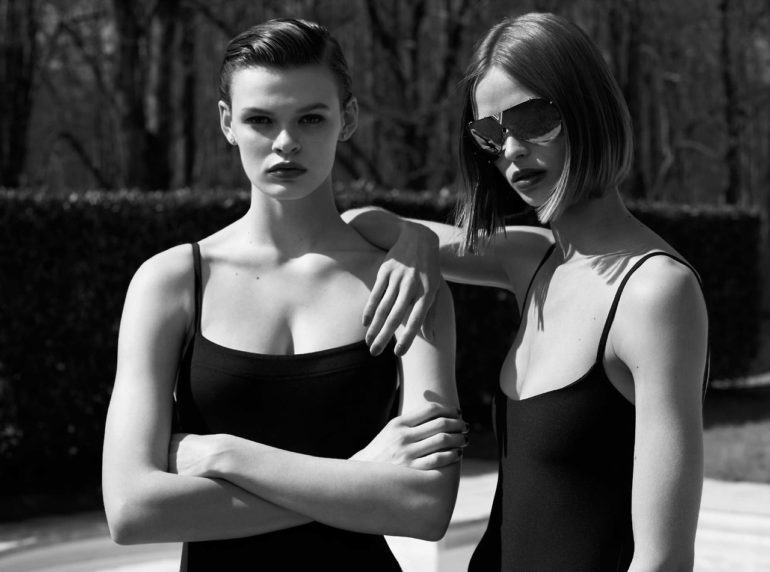 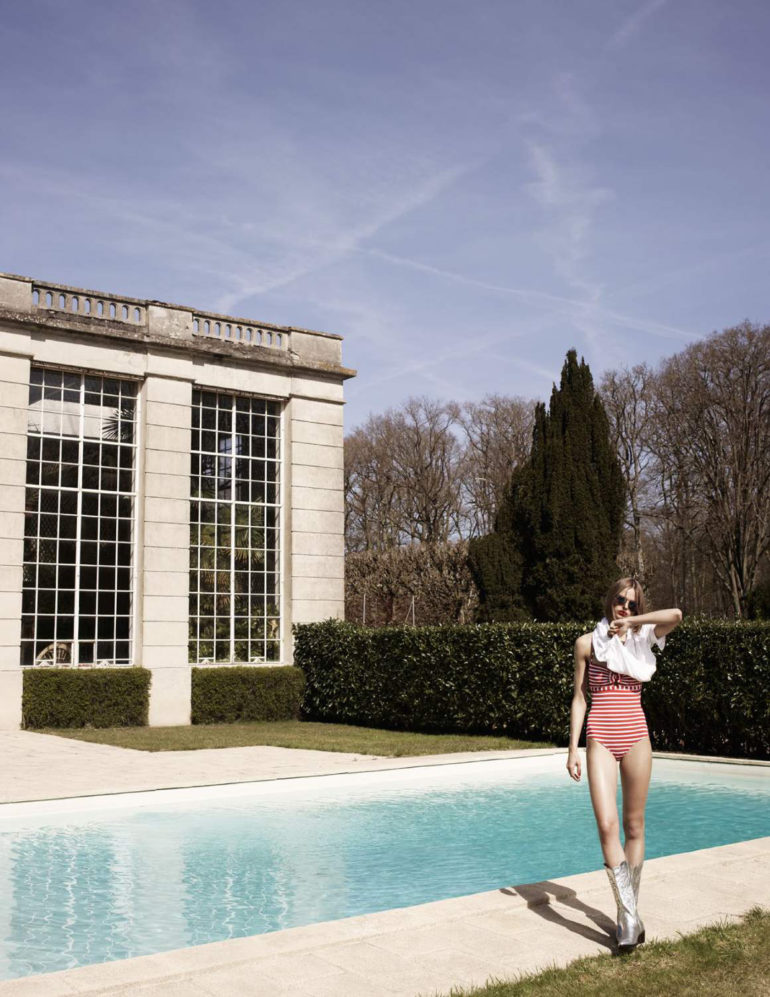 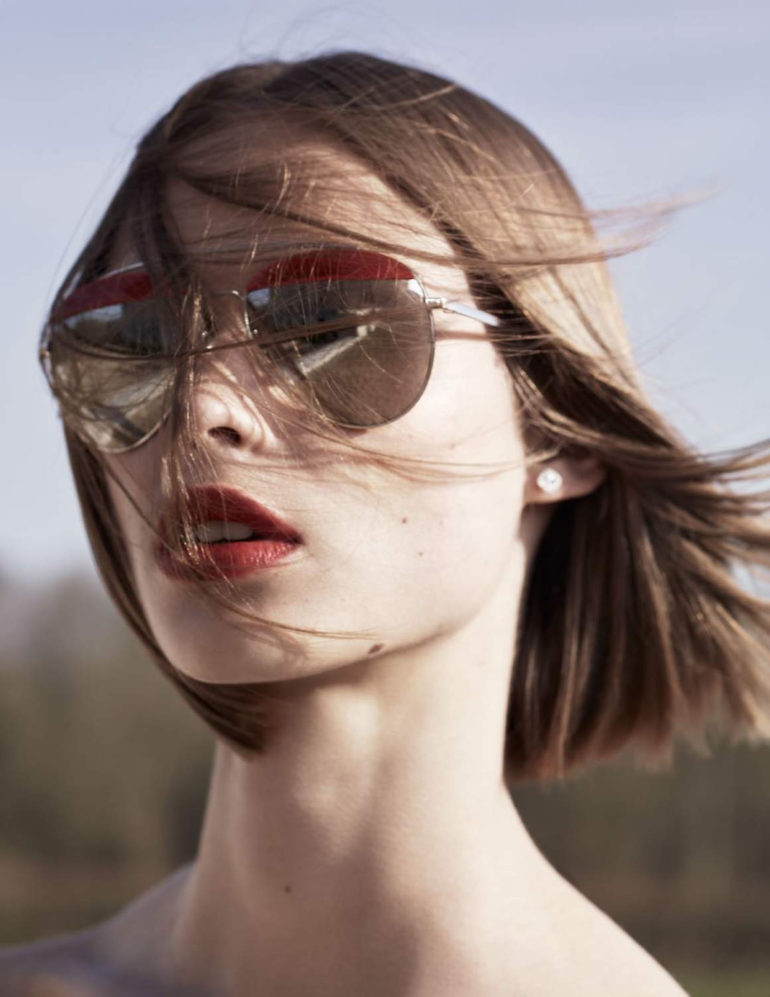 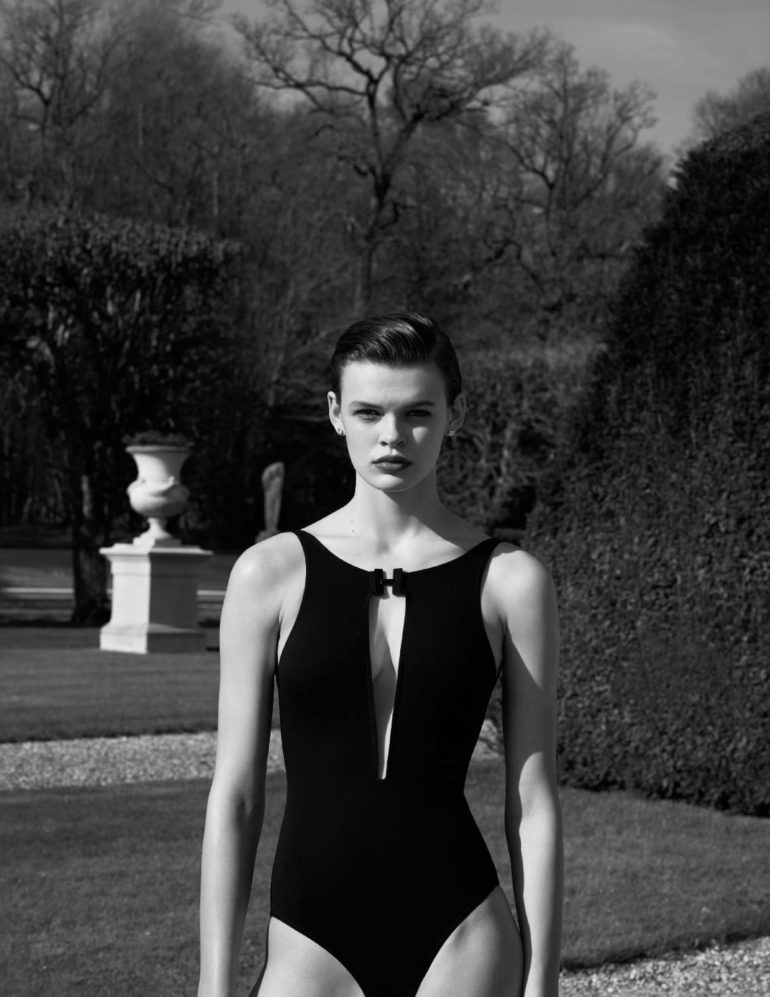 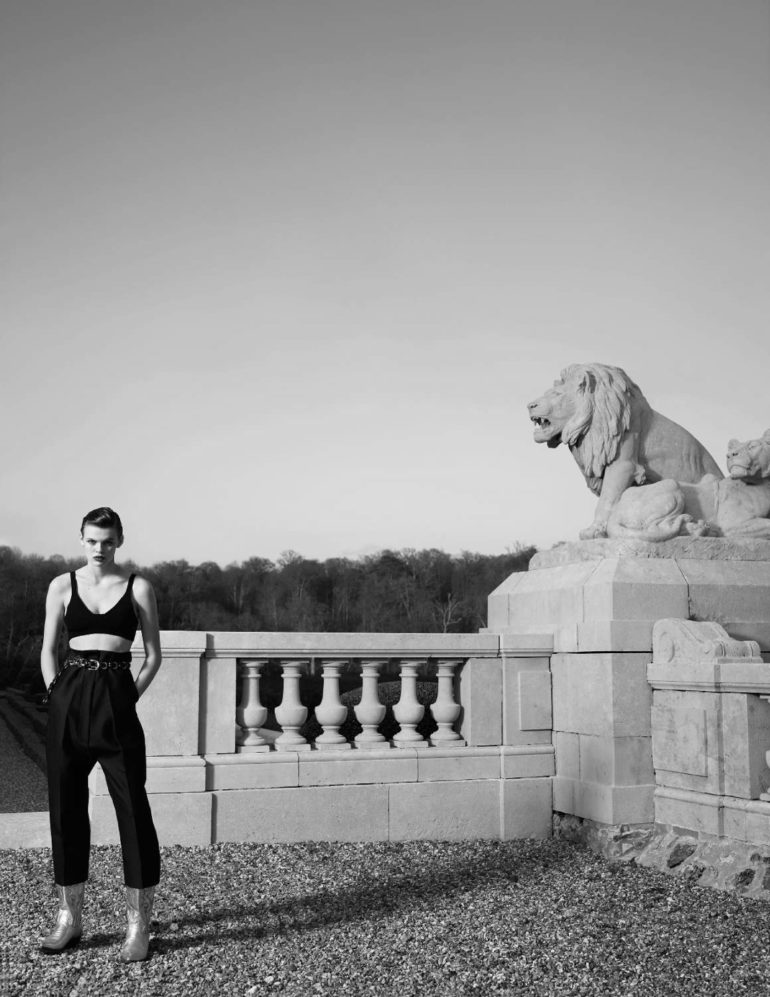 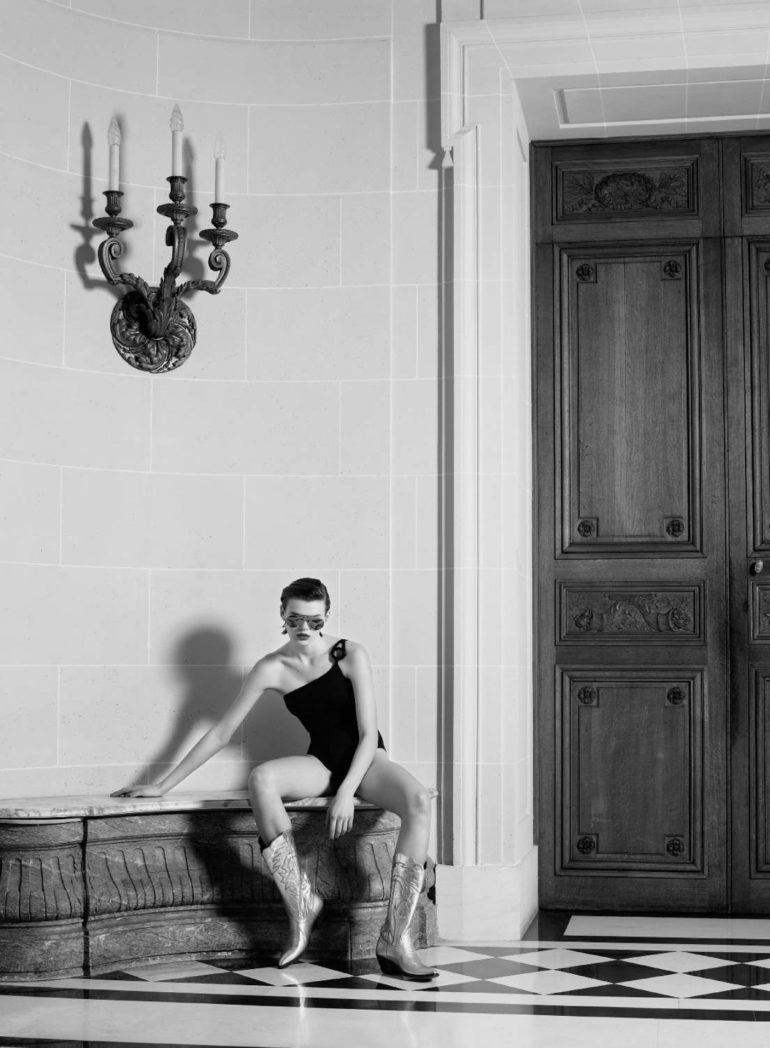 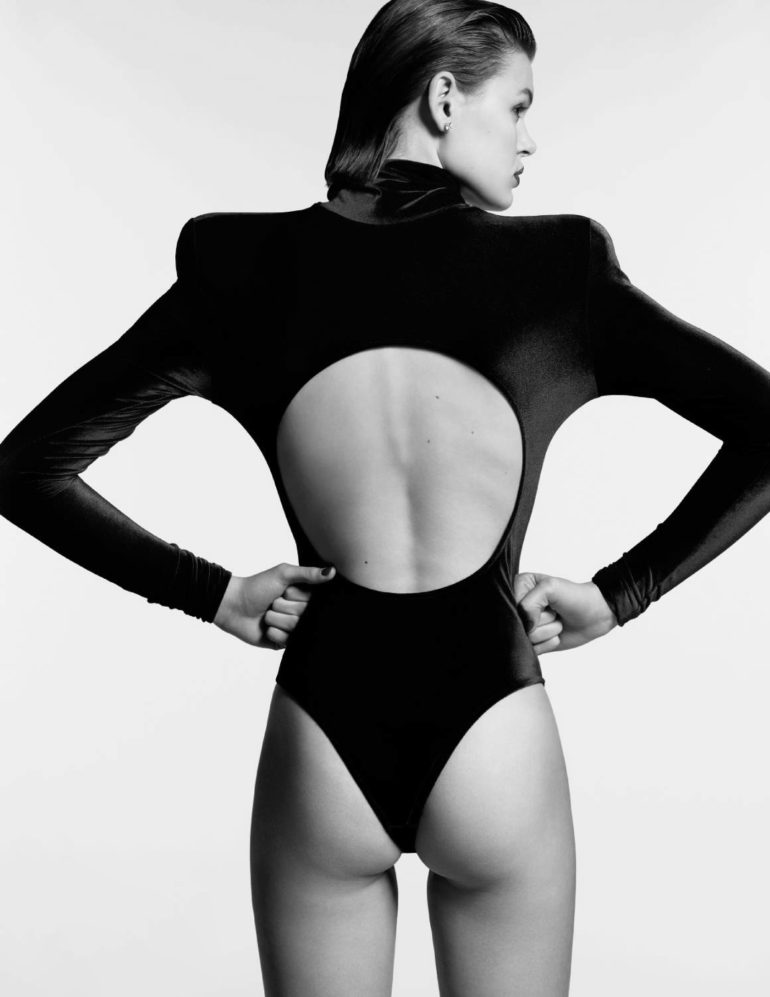 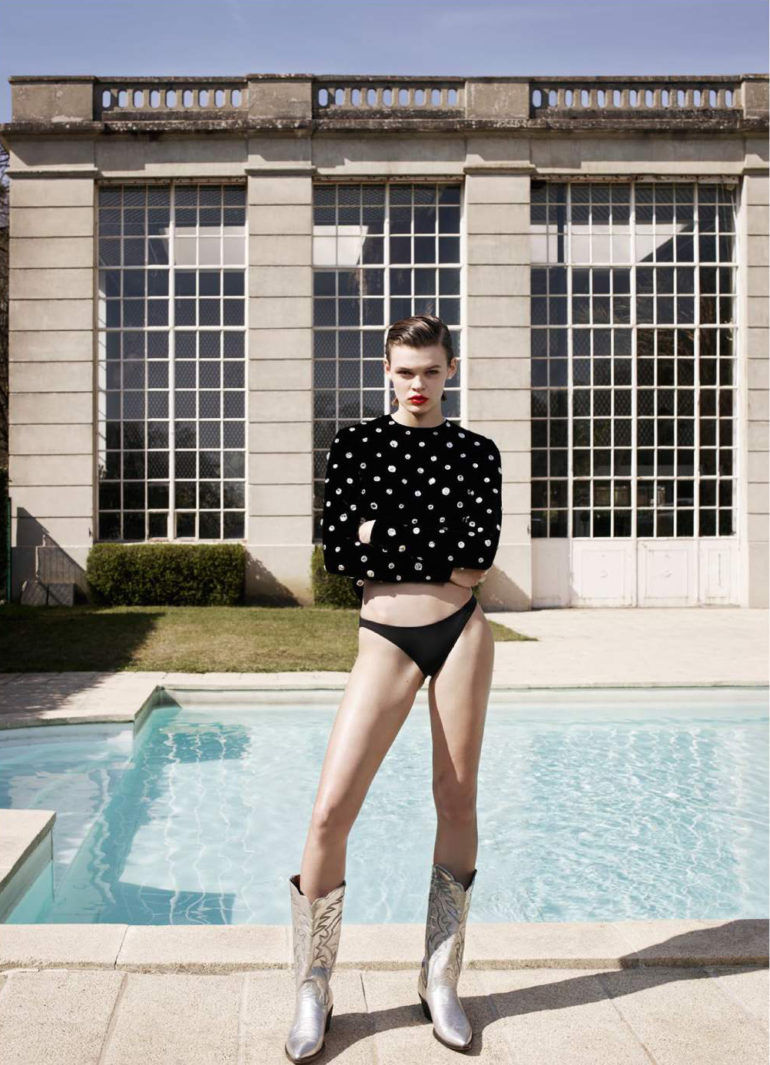 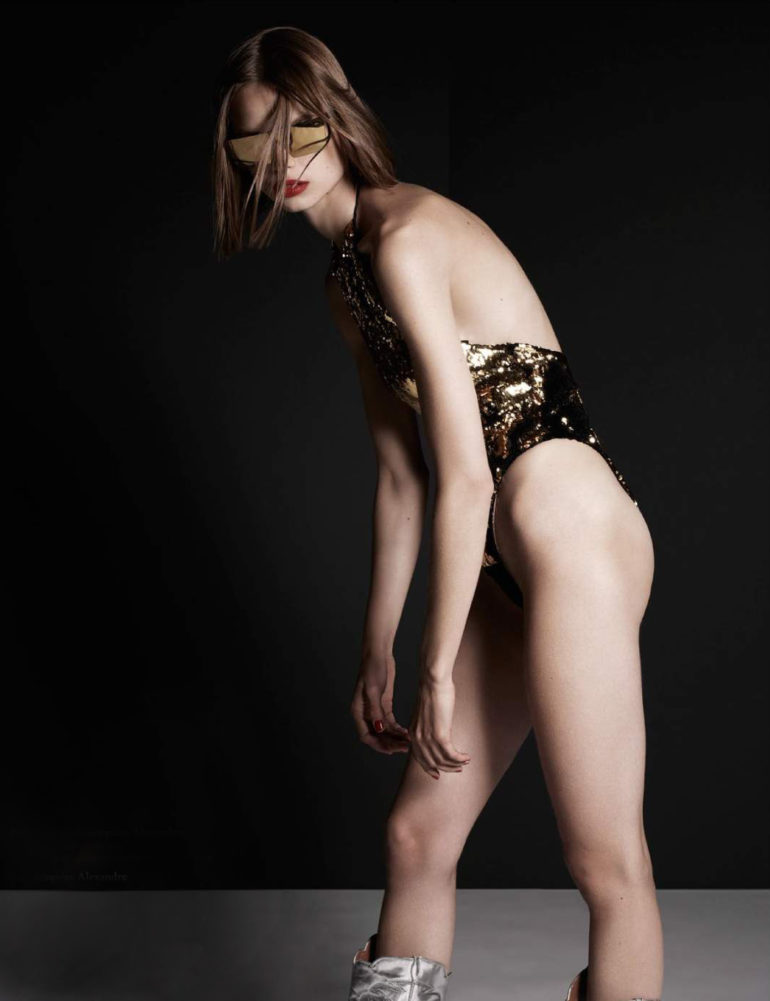 Anna Ewers' California Dreaming on Such a Stylish Day