Lorena Maraschi & Manuela Miloqui look back to see ahead by Gil Inoue for Vogue Brazil, June 2017. Travelling through the pantheon of pretty, Gil does a little of what I call era jumping. He allows us to imagine a world where blocks of time meld into one. Brilliant looks borrowed from the best parts of the past all seamlessly blend. Flapper inspired dresses are designed with sequined embellishments, long and lean, these sinewy frocks fuse together while standing apart. Taking us back in time this is history that’s made to shine. Red revels in the richness of itself, signalling the symmetry of what’s to come. Each outfit is alive with a kind of neo-kinetic energy. Lorena plays in the primary area, celebrating the vivid construct of modern colors. A cinema of scarlet celebrates face, as one eye peeks out under the hair, exploding in a bombshell of beauty over the lips. Deconstructing any era’s elements allows us to redefine how they are used going forward.

Bold colors captures our imagination as solid shades show their style. The purple, beaded dress gives us a taste of the 70’s while the flavor stays very early 20th century. Standing in front of a mauve wall, Manuela rocks her aubergine jumpsuit, as she lifts up one leg in honor of her leather boots. Daniel Hernandez’s talent is on full view with a sleek updo that’s face front. Decked out in all red, Maraschi’s outfit is straight forward while her head is turned around. Miloqui is maximized with a quad-shot that combines cascading curls in bright blue, to a double hit of done-up dews in gorgeous green. Pedro Sales celebrates the beauty of era blending with a unique sense of symmetry. That’s to say, while each decade has it’s distinction, we experience what I call the invisible blend. Taking uniform details from every point and bringing them together. The end result is a seamless trip through the history of haute couture.

Lorena gets her Garbo groove on with monocromatic makeup that matches her twenties turban. In one of the most captivating shots of the series, we see her looking like a flapper girl gone wild. Daniel Hernandez defines the drama of that decade, with colors the blend in with the crowd while begging to step out on their own. His application process is so spectacular it looks like it’s part of the ensemble. Each face is a spectacle of light, with tone-on-tone that matches with miraculous results. The eyes are done with artistic intent, as each shadow shot is more like a painting done to perfection. Colors are cast in similar tones as the clothing, giving the story a uniform appearance. Moving from the sparkling arc that follows the lid shapes, to the spectacle of shade that takes over the entire area.

A phenomenal accomplishment… the brow builds a frame with a line drawn under the eye completing the square. Hernandez creates this unique shape to frame the orbital area. Looking less like shadow than artwork. Mystical shades swallow the lids from vivid green to seaworthy blue. Beauty bursts from the center, spilling out the sides and falling below. The pop of art plays in kind with prompts of pigment that will blow your mind. The vitality of life is captured in the click of a camera, with tinted stains that run awash across the face. This is not a tale of matchy-matchy, instead it floods the skin with tones of tenacity. Each picture plays off the last, making it mix of madness. 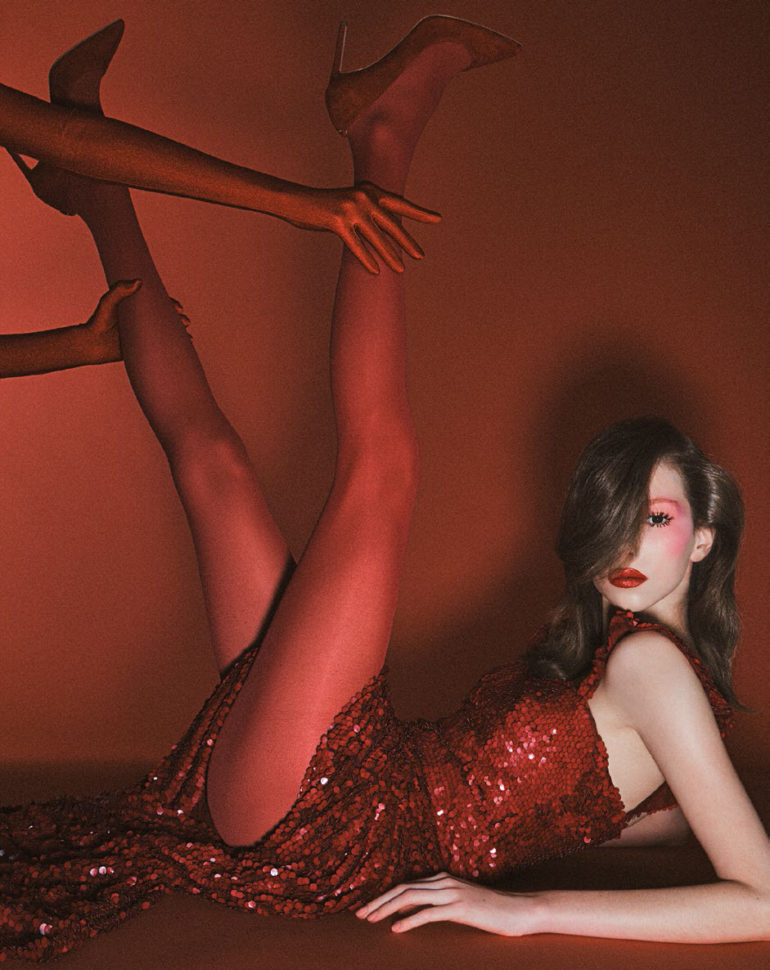 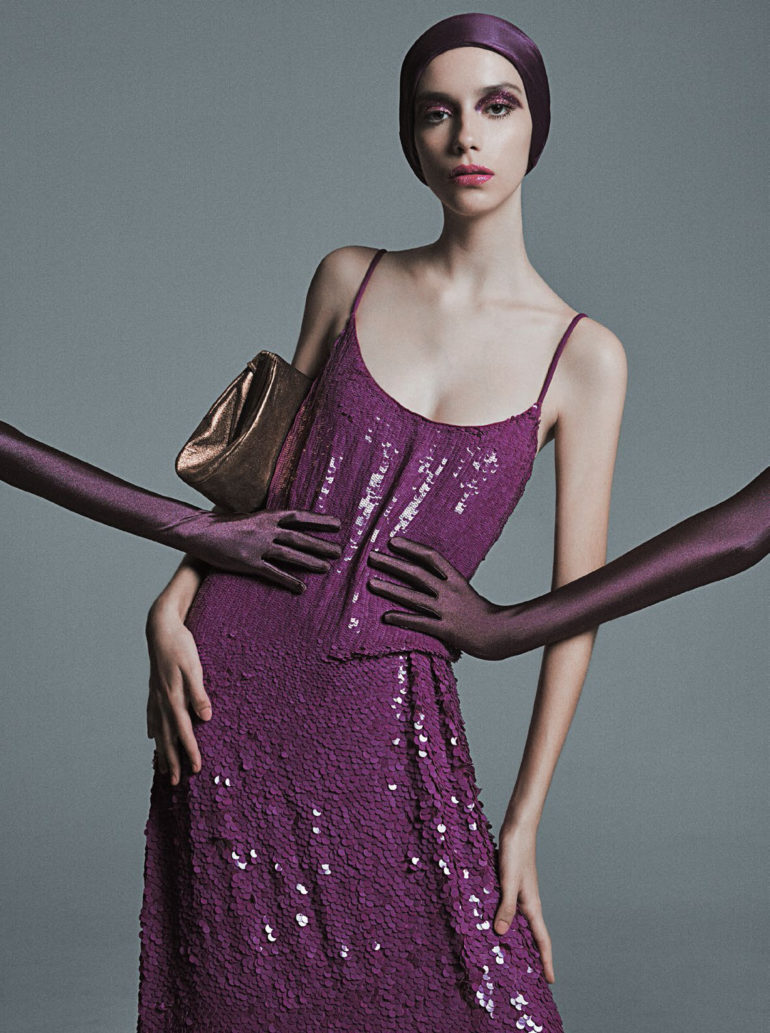 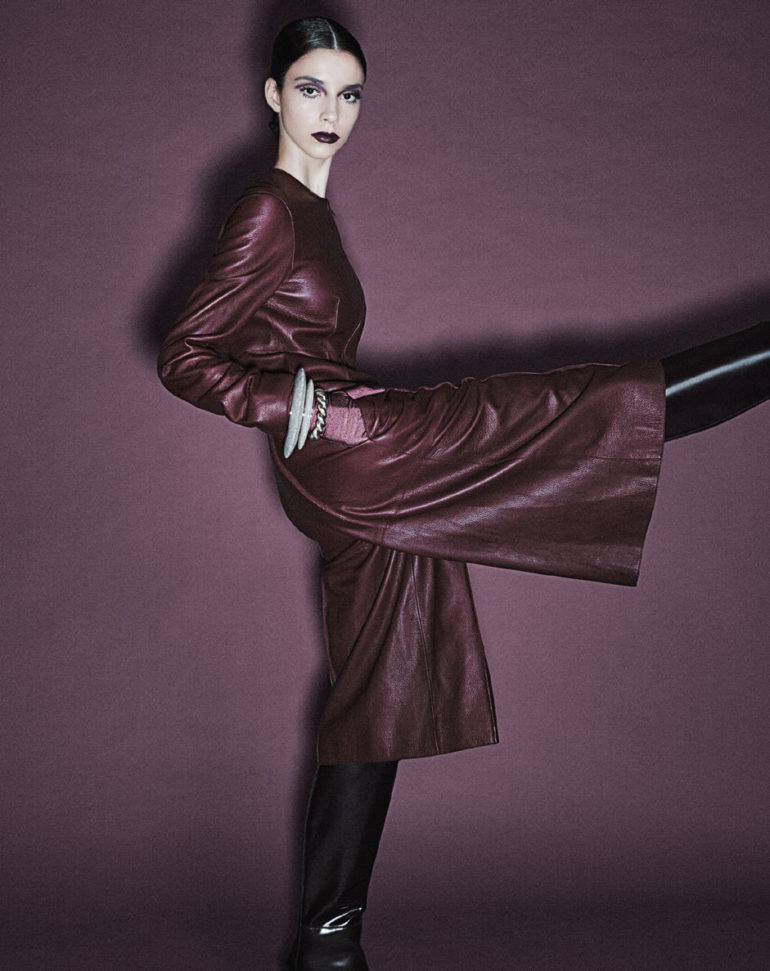 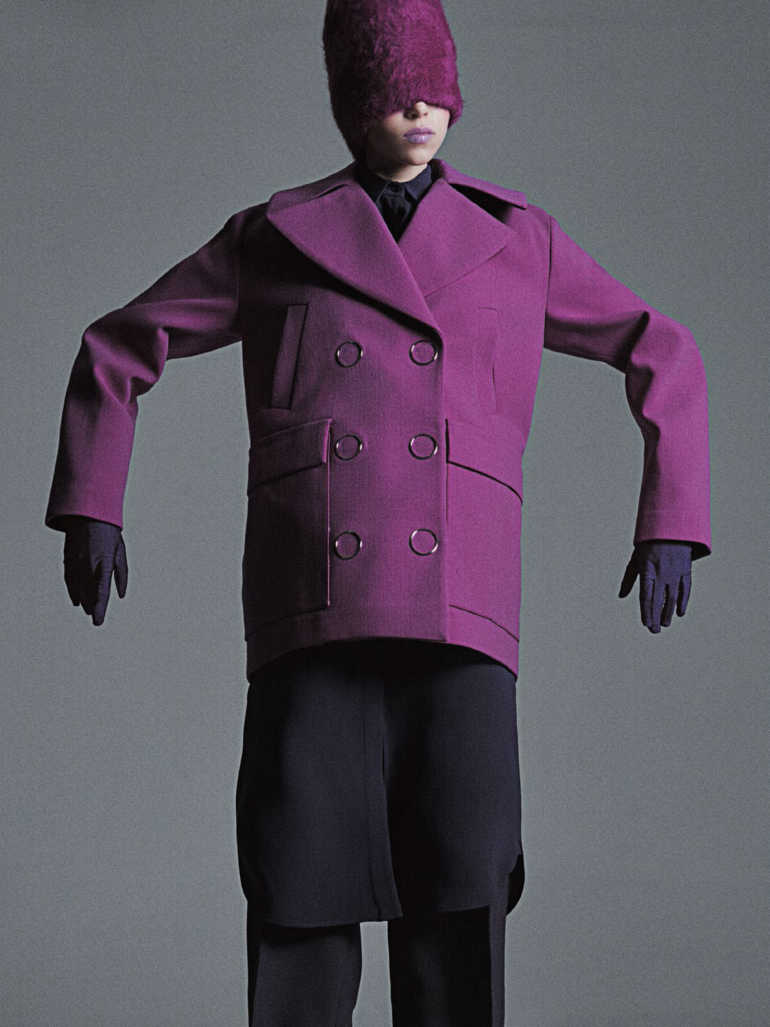 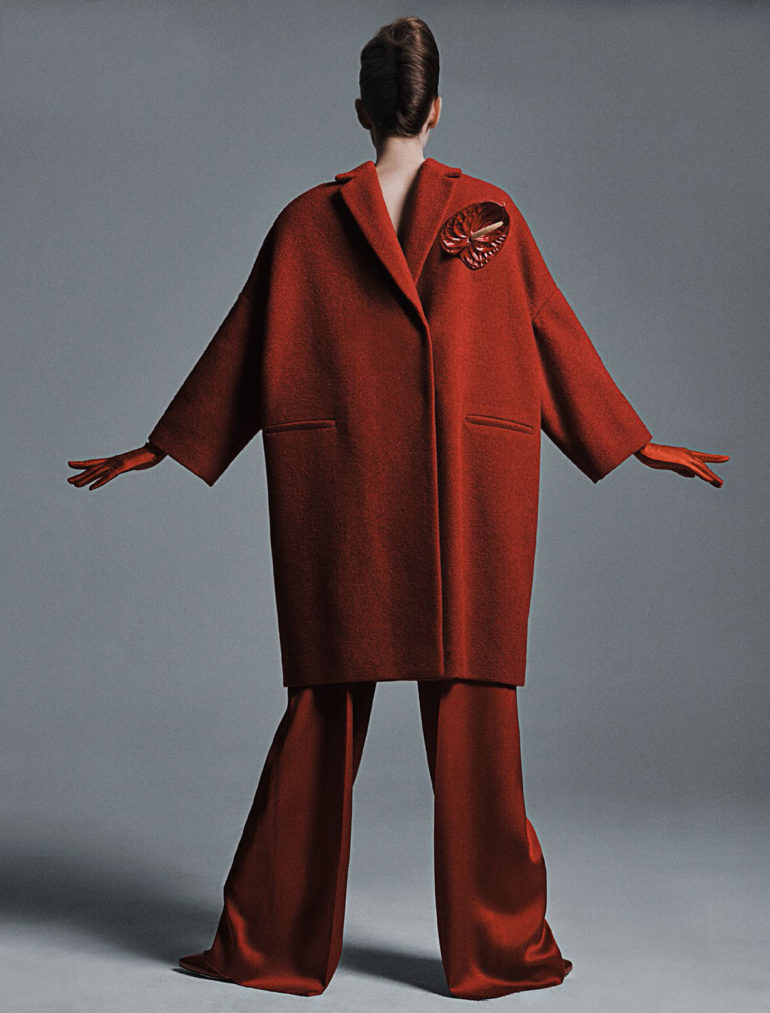 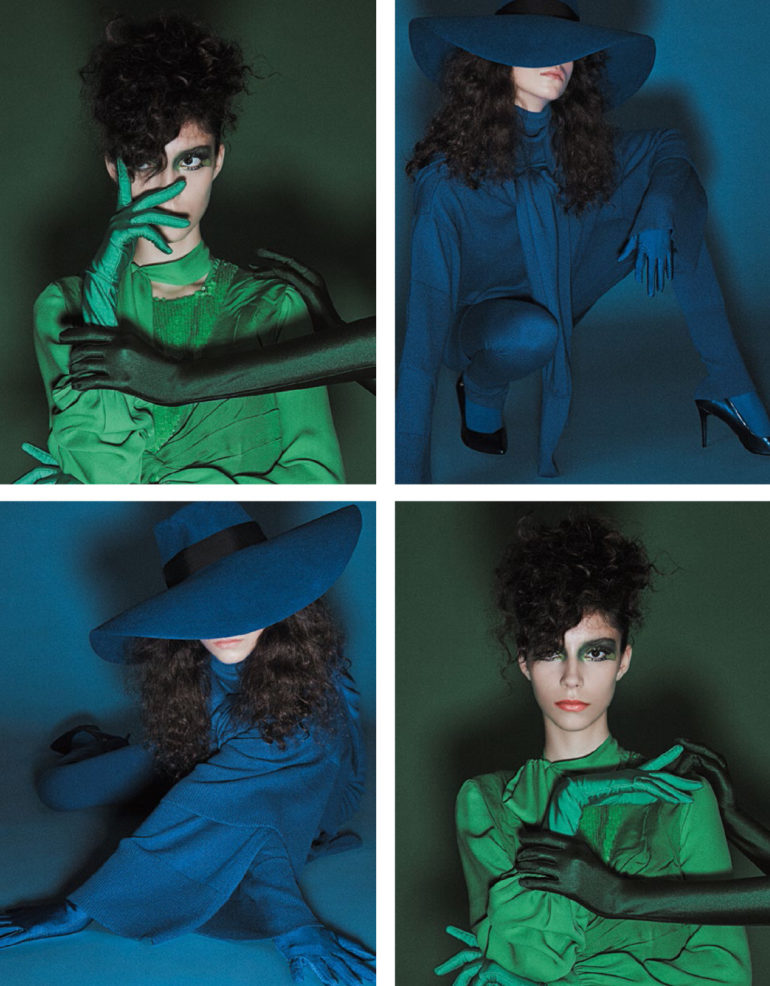 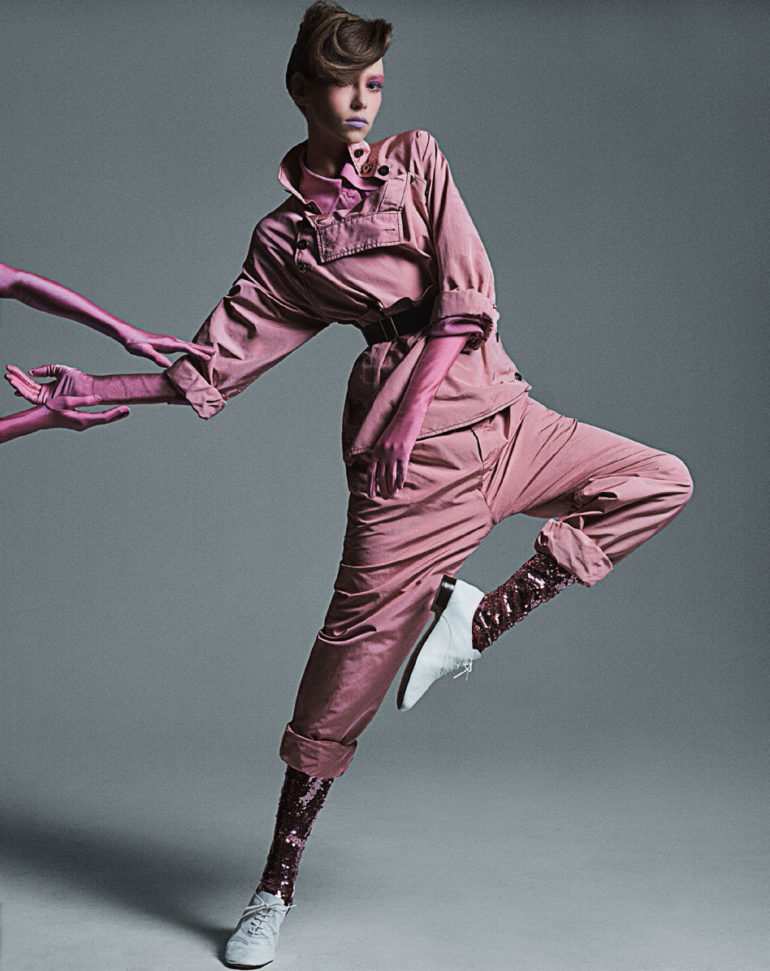 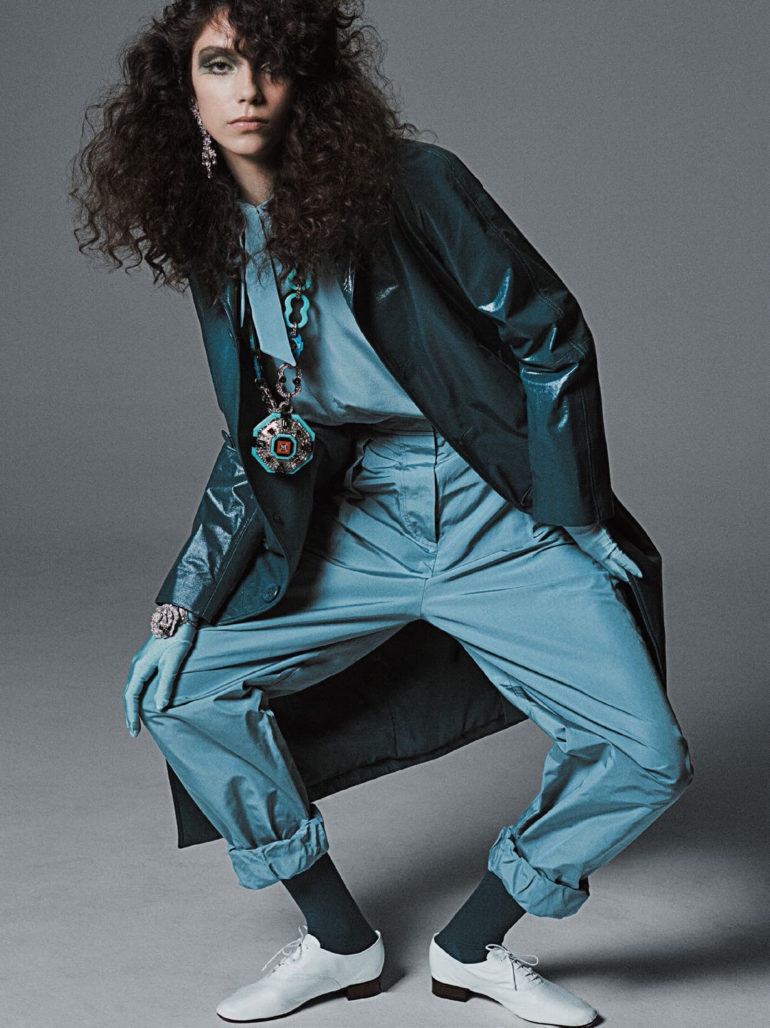 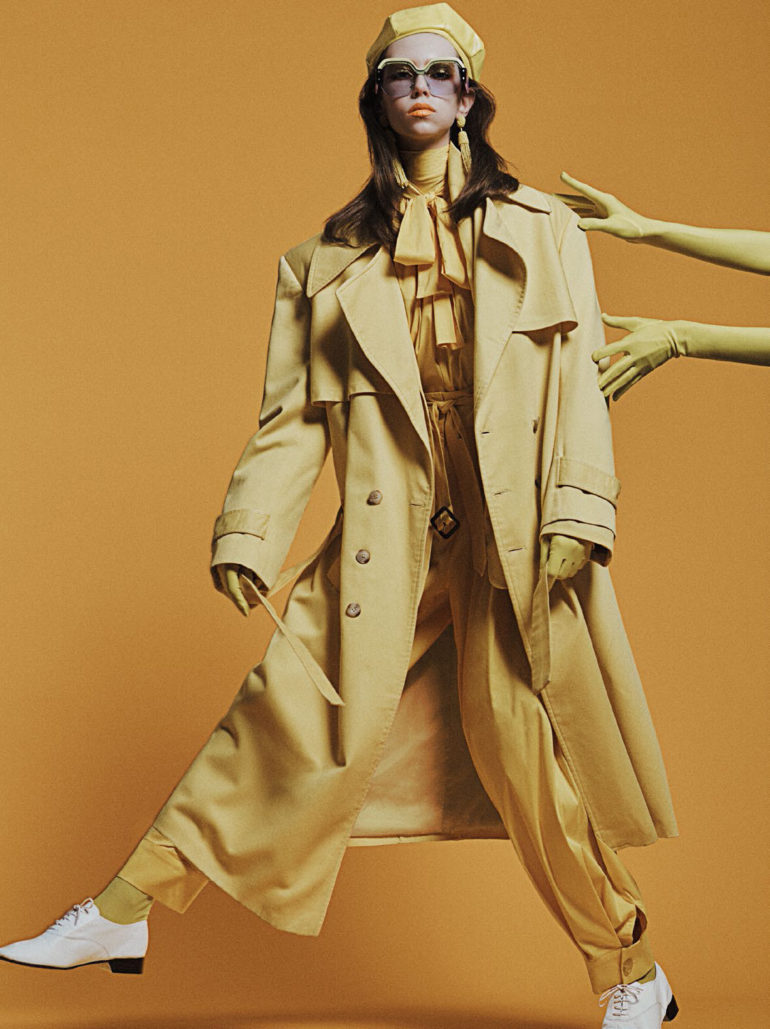 Ride a Rainbow of Hope to this Season's Haute Couture