Boldly baring out the beauty of her unusual being, Devon Aoki celebrates the art of the outdoors in this two-part series by Harley Weir for Vogue UK, August ’17. She has an ability to be both of nature and totally connected to the cinema of high style. Devon doesn’t let the little things slow her down. She is one who writes her own rules. She’s her own persona and her own judge. That is a beautiful thing. In this day and age, where everyone is so swept up in whatever image they can portray, it’s unusual to come across such a unique character. Seeking that which resides inside the inner sanctum of herself, this girl finds out that… it really is free just to be you and me.

A chaotic consumption captures the scene, as we find ourselves spinning into the fashion machine. The clothes represent an artistic view of humanity, exposing the most prolific parts of our shared unity. Garbed in a strange array of gargantuan parachute gear, the materials wrap around her in a variety of ways. Francesca Burns has this girl dressed in designs that are anything but outerwear, while setting forth to conquer the great outdoors. She awaits to face off against the earthly apparatus, as she stands with an ornate dispersion of worldly appeals. Baring a daring array of dangerously cool clothes, Burns shows us how the modern woman wears her dresses. Eclectic fabrics are all miraculously matched, from the high art of herringbone to the fusion of patterned florals. Beauty blows our mutual mind(s), from the plethora of patterns to the pageantry of tattered prints. And then, as easily as she started she switches gears. Capturing the momentum shift, white arrows appear scattered across a band of red fabric. These ensembles take this concept to the extreme with looks go from chaotic to clean. Devon does it all, from standing on a mountainside of blue silk to positioning herself on a piling of colorful parachutes. Honoring the symbolism of time shifting… she waits on high from the light of the sky to illuminate forth an arrow over the eye. Finally, when all the searching is over she finds herself floating free inside what appears to be a giant bubble.

White stripes represent a flurry of flight as her face is marked in white stripes. Free art finds the right angles as Thomas De Kluyver creates makeup from another dimension. This is not a story about the penchant for pretty, rather, it’s a tale that mimics the tones/tints of the great outdoors. Her palate offers a unique opportunity for exploration, appearing attractive with or without makeup. Aoki calls out to the sun spirit, as she lays against a sheet of orange silk. Face paint appears in bright yellow shadow and deep red saturates the lips. This is a celebration of the spirit self, with imagery that offers a sense of good will. Holli Smith takes her dark locks and turns them into a pale shade of orange, while giving the ends a kick of curl. Exploring the great outdoors, this takes us from the sand of the beach to the whisper of wheat. Devon runs up a hill with red, silk fabric trailing behind her. Her eyes are closed in a meditative state, as her skin is seen in stripes of white and her palms are covered in paint of a pinkish hue. Standing tall amongst many a grand parachute, she shows her strength in the face of humanity. 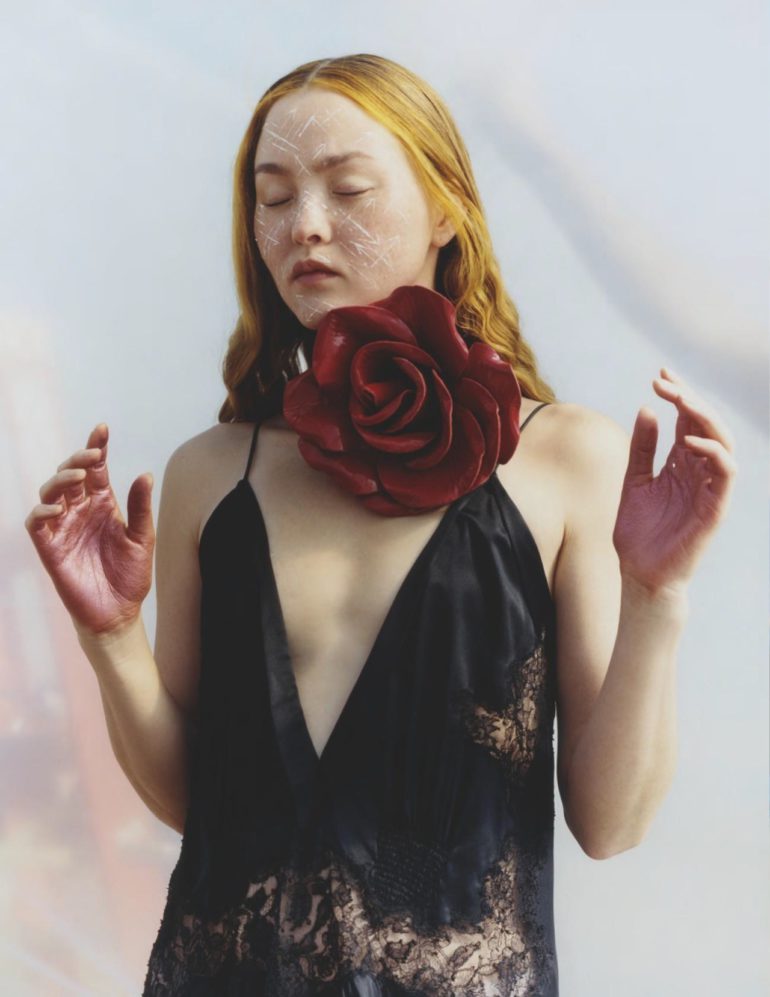 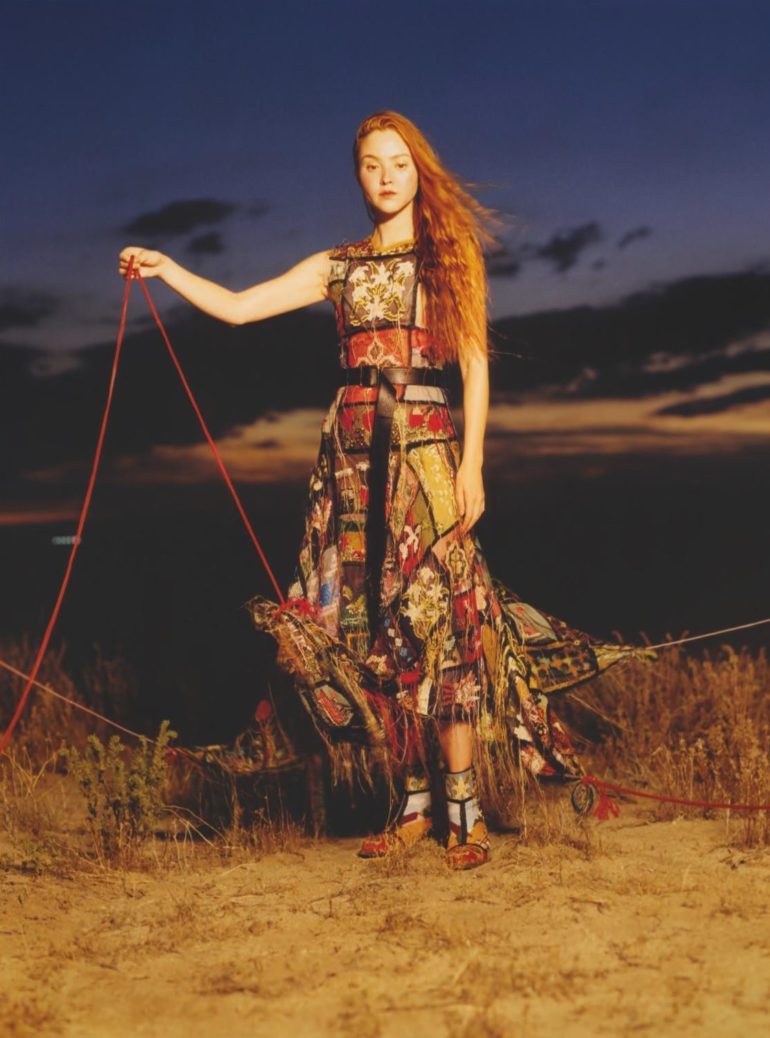 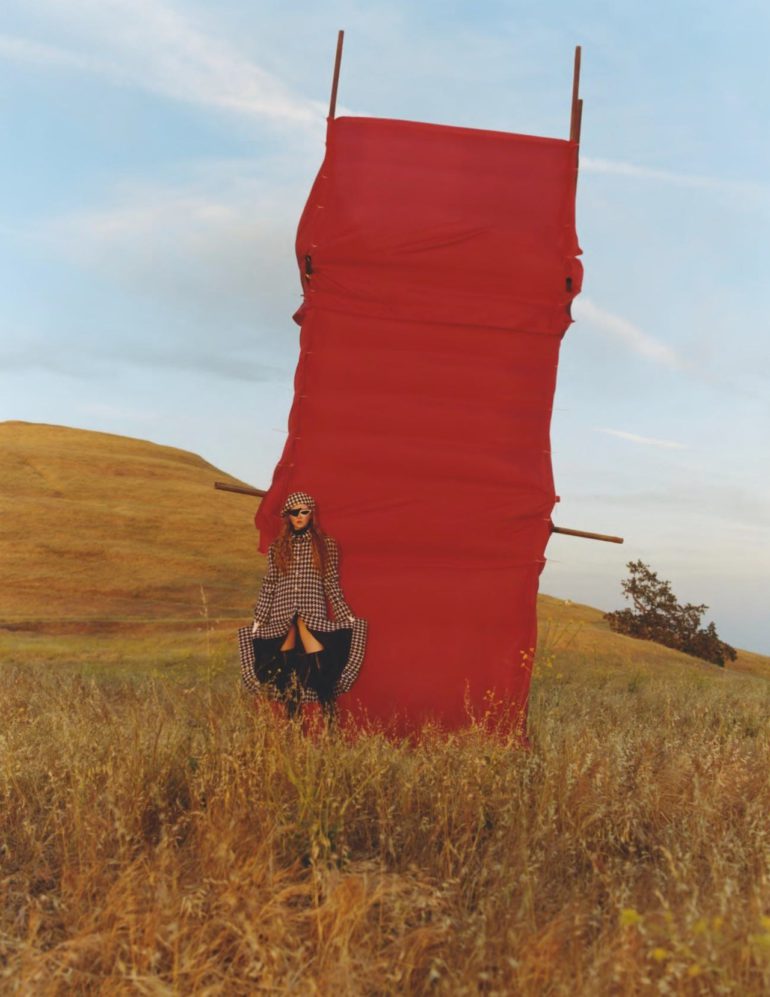 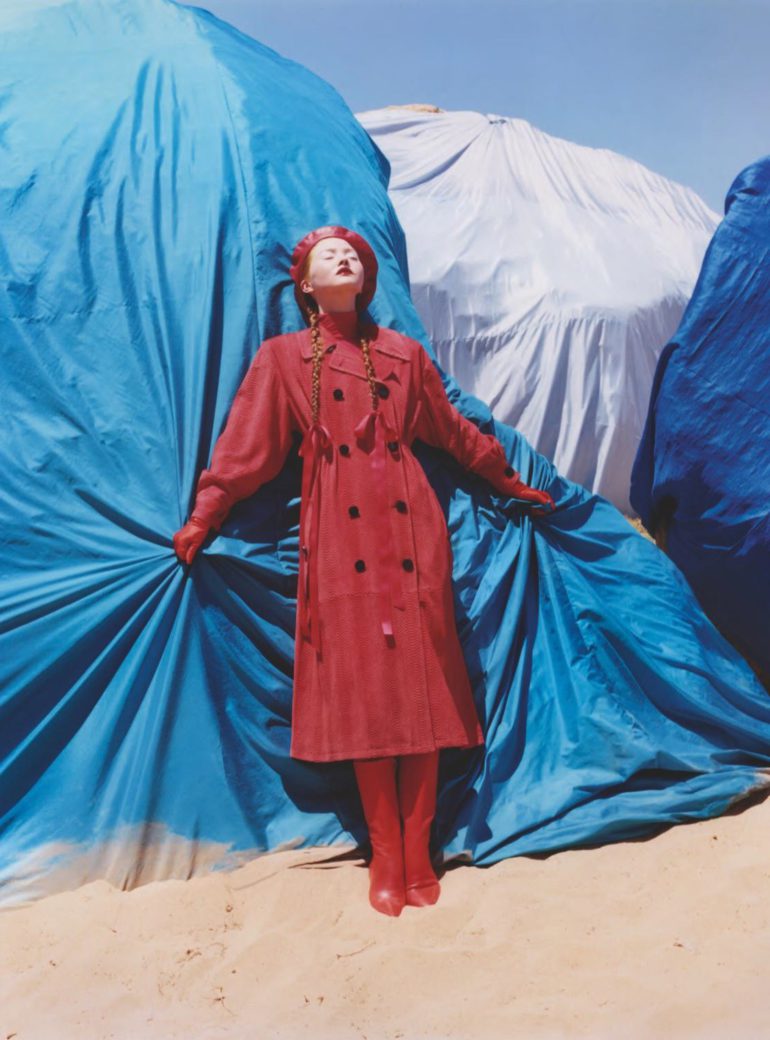 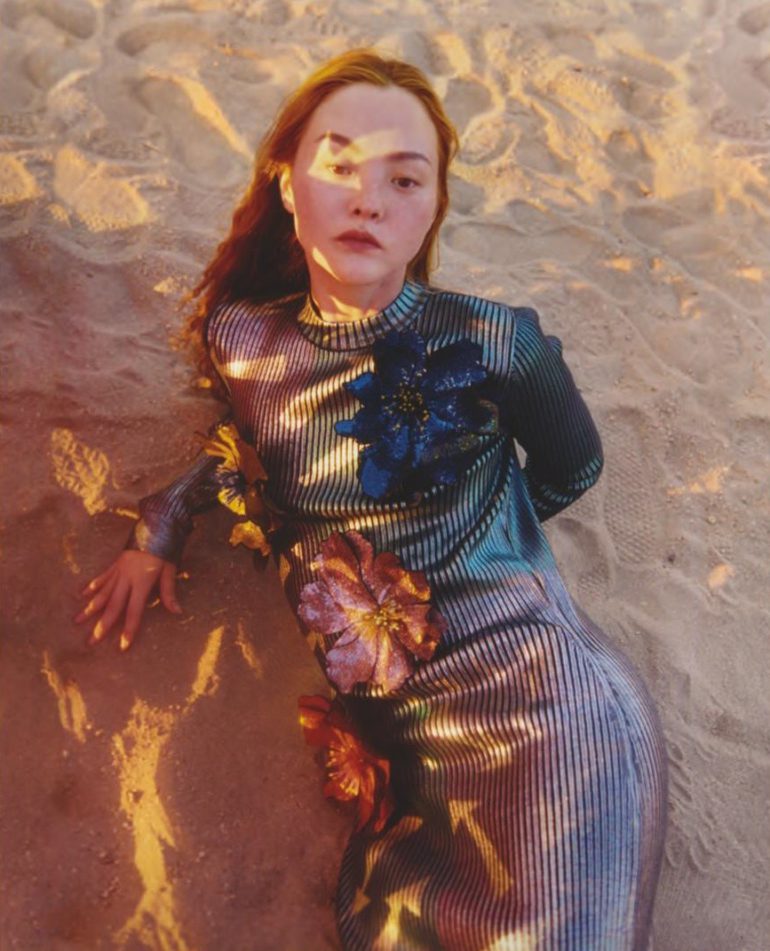 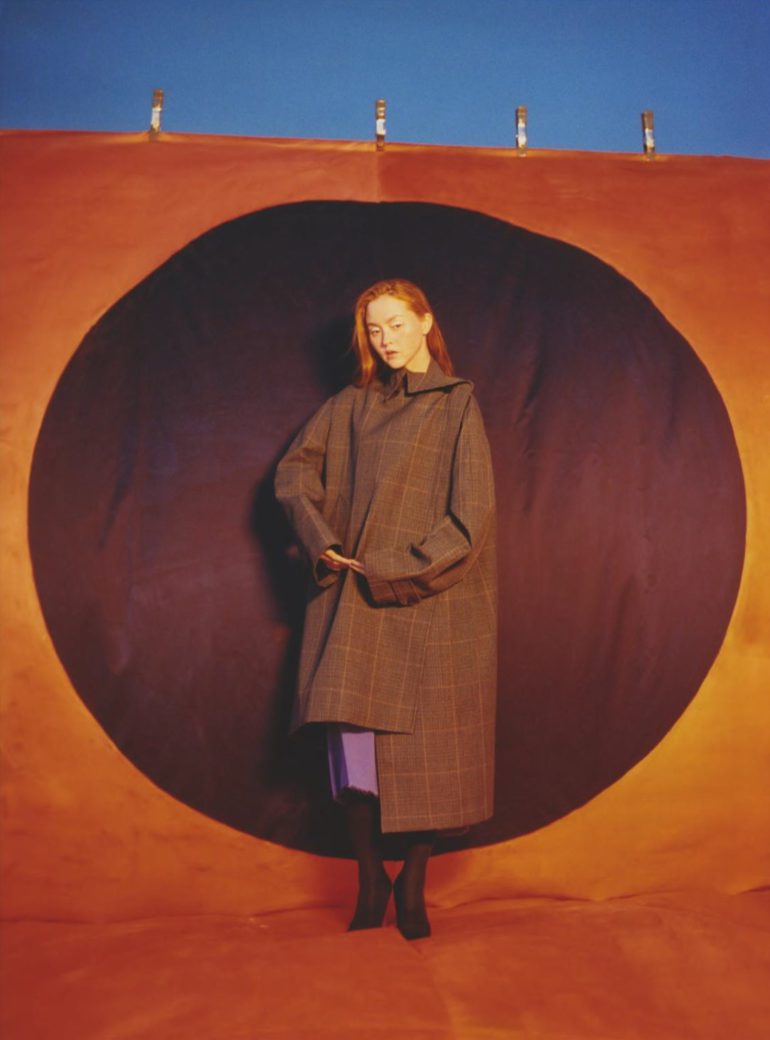 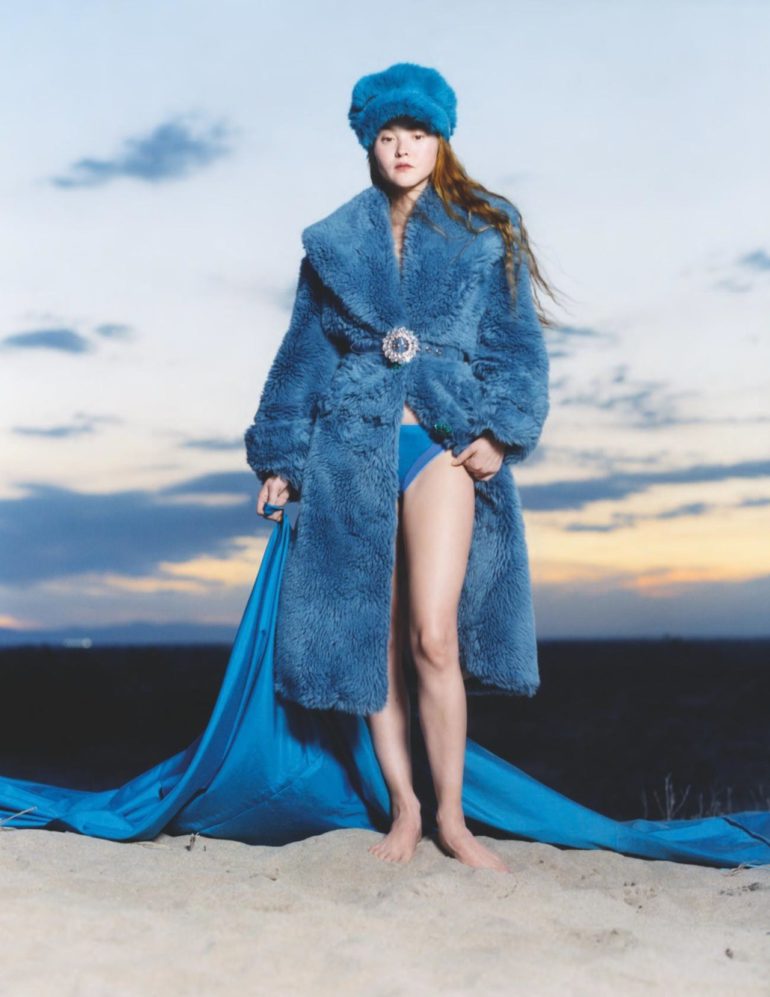 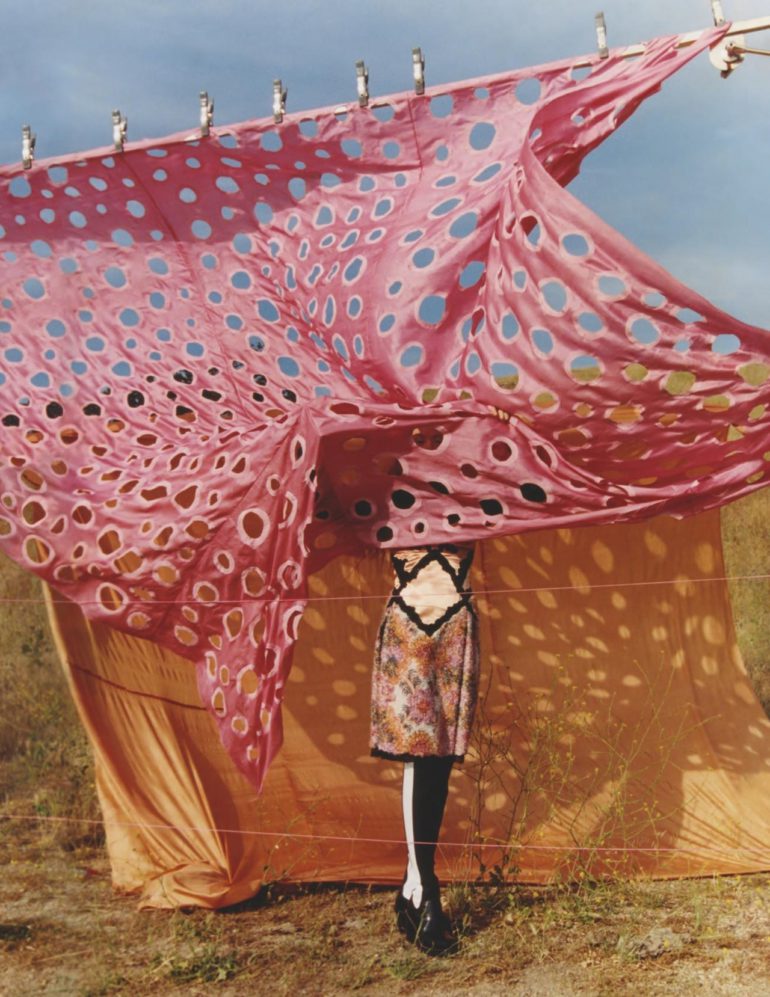 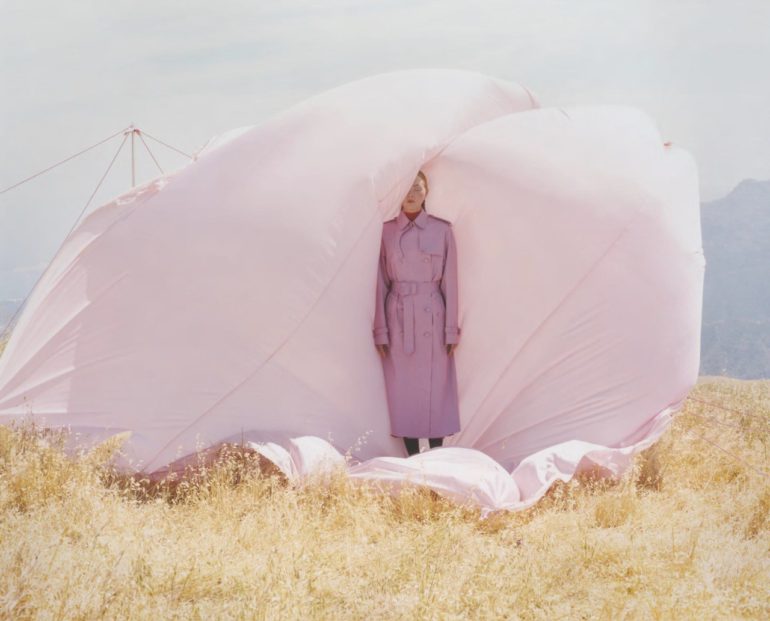 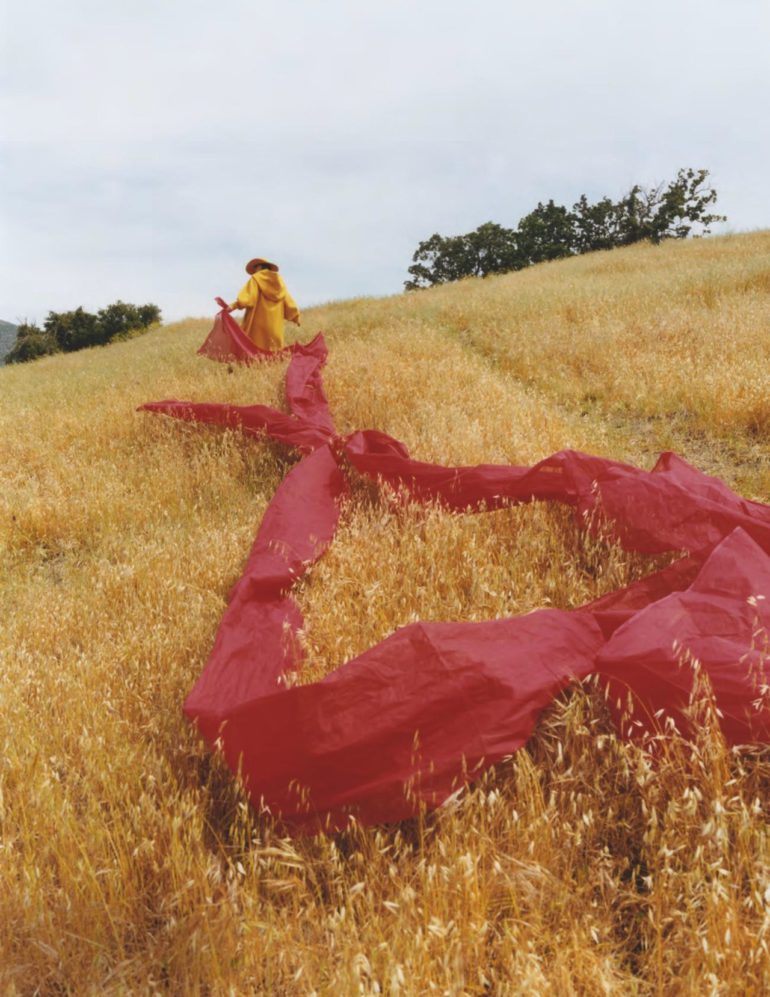 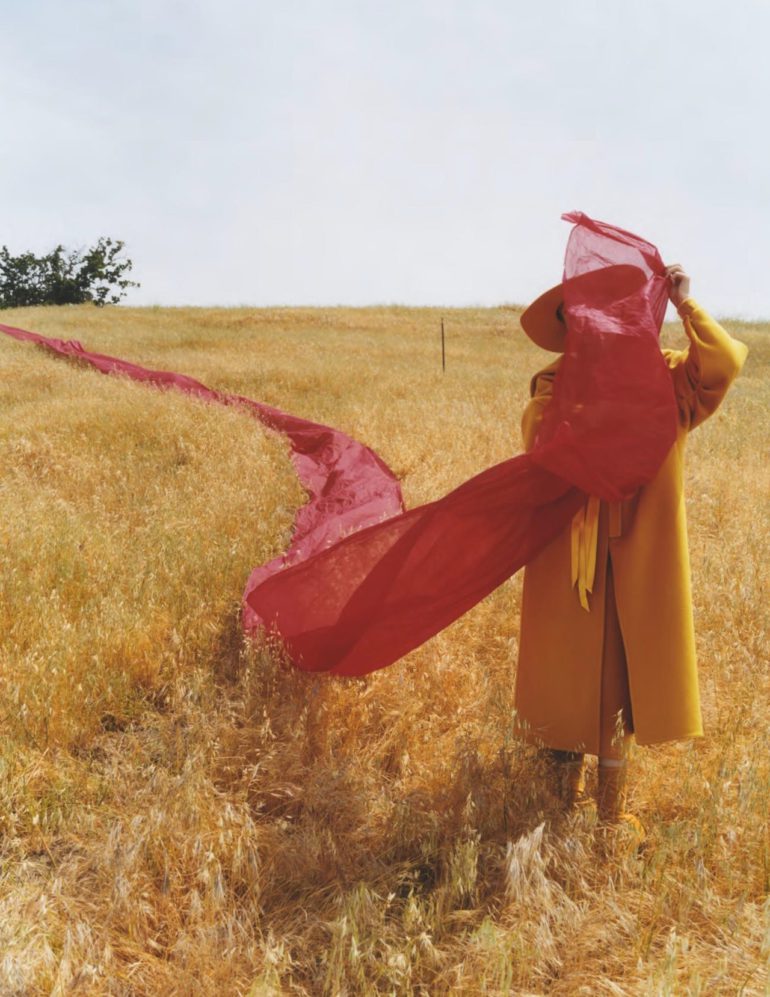 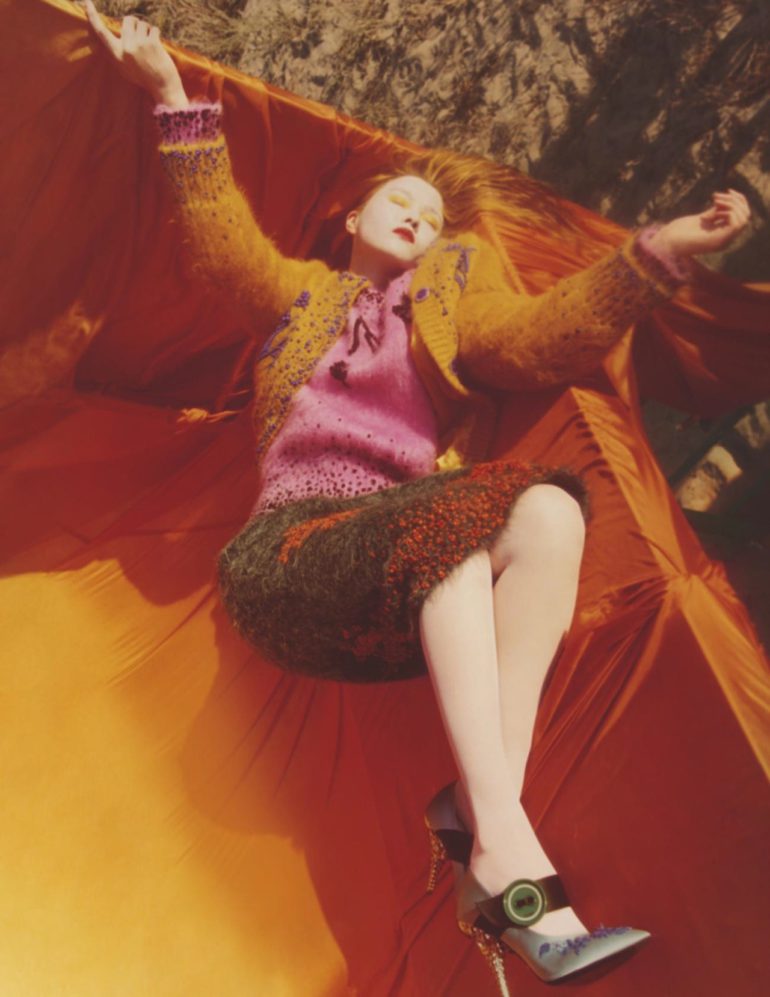 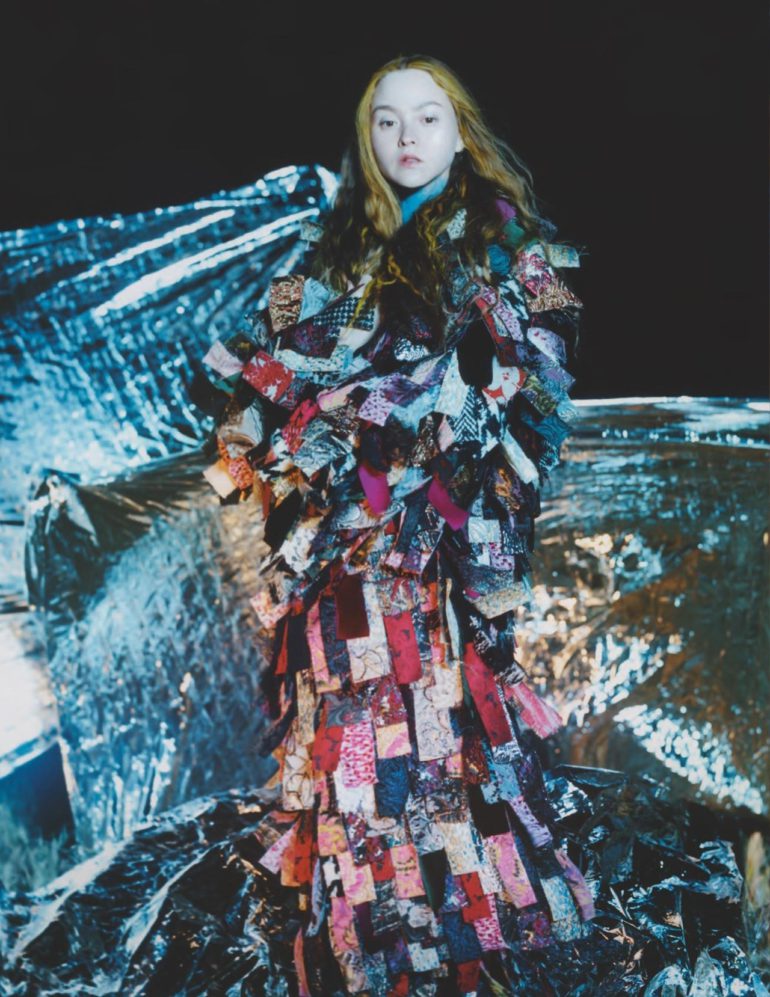 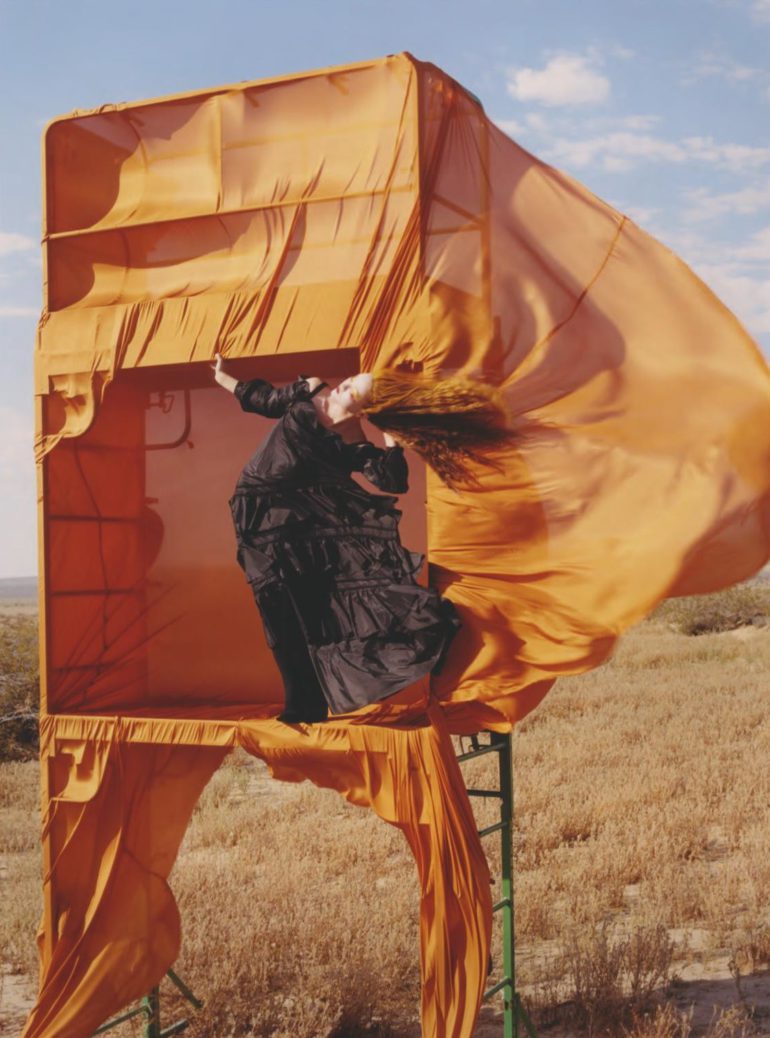 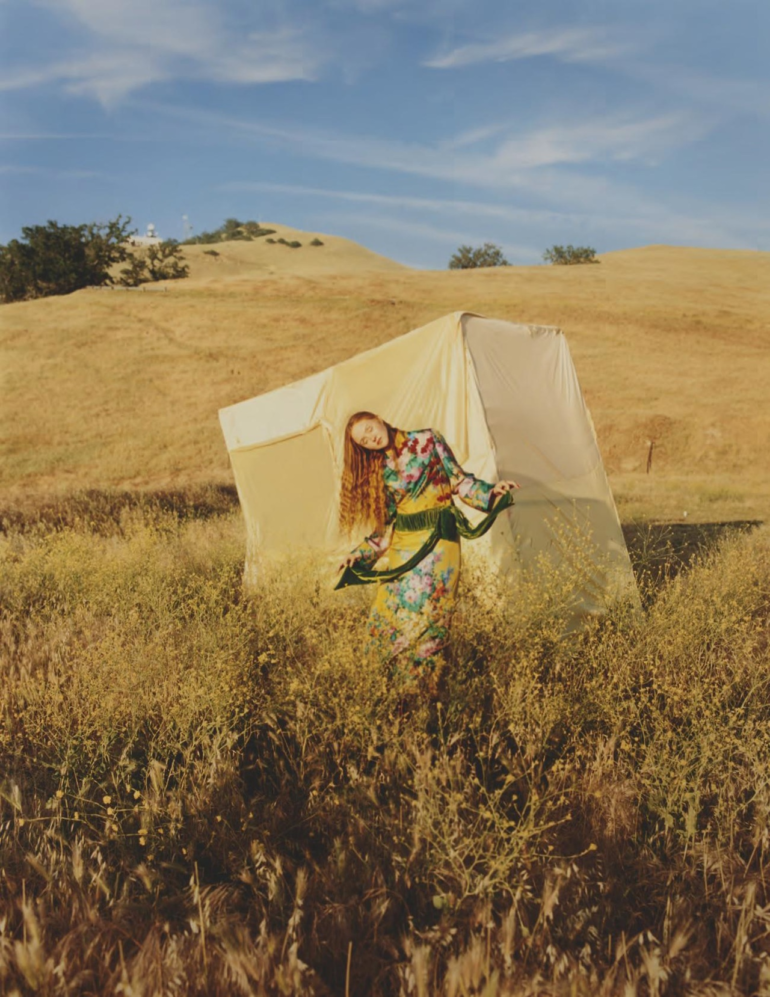 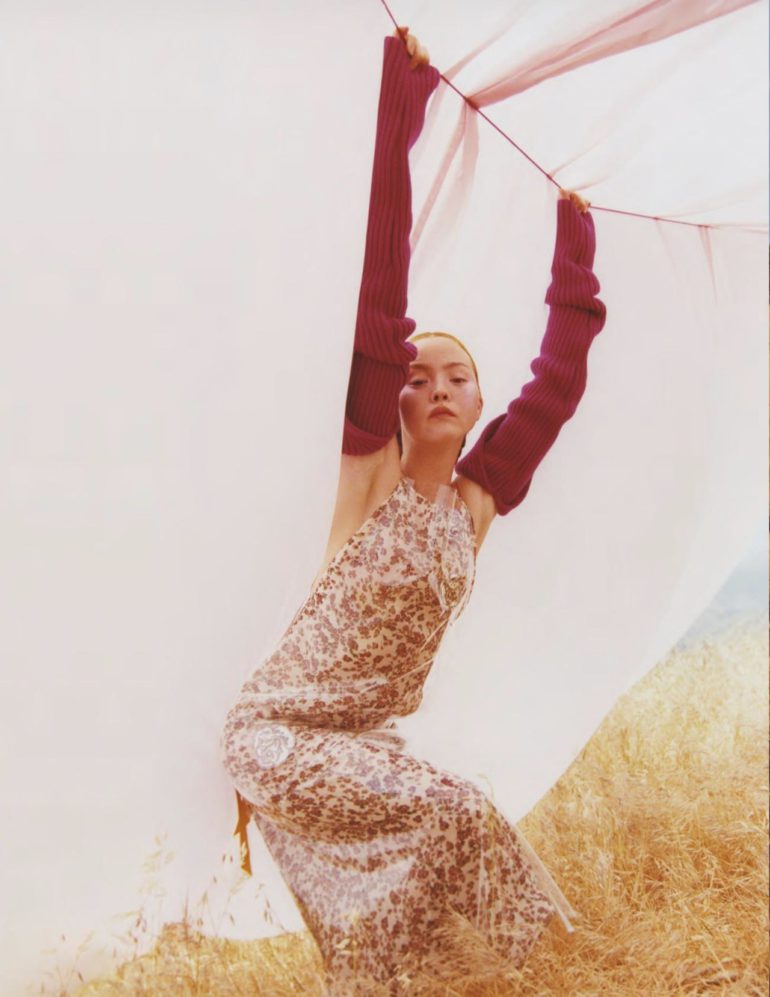 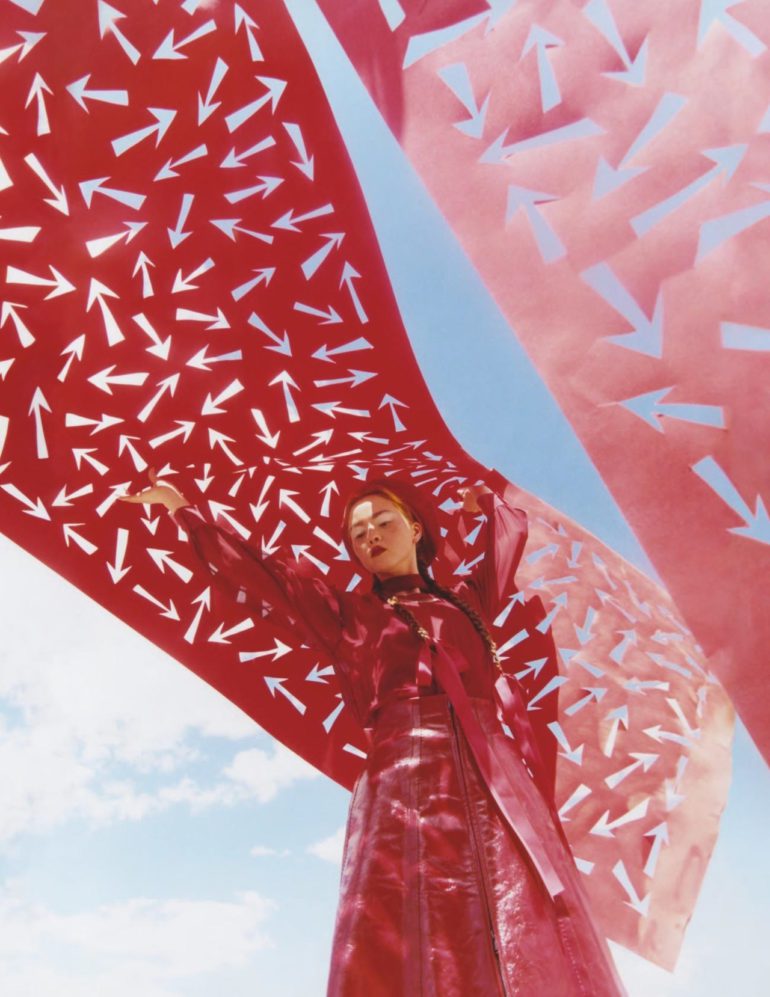 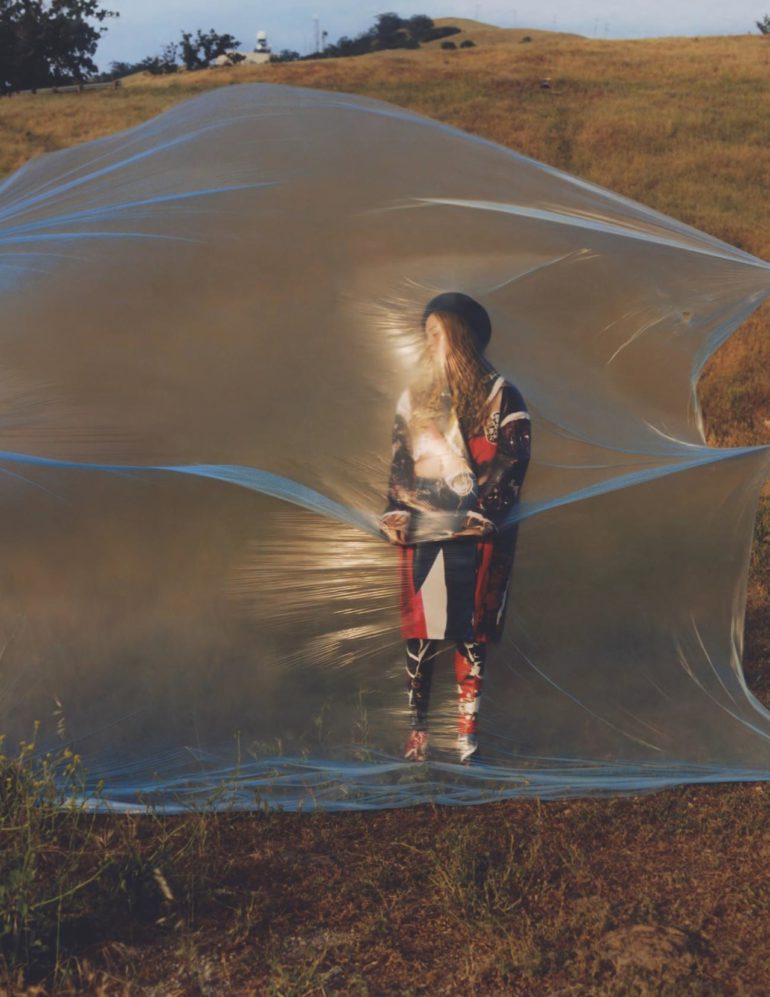 Sean & Seng Break Free in the Art of Beauty, Pop