Tilda Swinton rides by the light of the moon in sinuous story by Sølve Sundsbø for Vogue Korea, July 2017. We Dive inside the mind to find the other-side as we aim to seek the spirit of true enlightenment. Hiding under these inviting images is a female ready to engage. The robust flavor of this story is felt in the tenacious spirit of the styles. Art and excess blend into one system of strange as all things go hazy in the twilight of the deranged. Sweet Swinton – the name alone brings with it a sense of scattered madness. Sweet madness – in the uproar of crazy lives a kingdom of cool. Lines of vapor escape from her being as she appears to have come from another planet. Is she of this world or a visitor come to advance our civilization. Surrounded by a sea of Swinton’s, Life multiplies, as we see the spectacle of salvation begin. Bathed in the radiant beauty of all living things, we ache to witness the beginning of beings. In the glistening glare of this lustrous aire we imagine a world where all things are possible.

Enlightenment arrives leaving us reeling in the robust spirit of these tenuous times. At the dawning of light the origin of species arose. Jerry Stafford explores the future of high fashion by paying homage to the projection of the past. Embellishment ignites a kind of retro flavor, allowing each outfit to honor the history of haute couture. Head-to-toe metallic madness takes over ~ leaving sequins to shimmer and black silver to shine. Stafford captures the momentum of spirit by overtly going in the direction of light. The collection is comprised of designs that pay tribute to the linear aspect of style. Straight lines are met with beaded accouterments, giving them the flavor of future finds. Radiating through a halo of purple glass ~ T is for tilda ~ as we see the future picture of this spirit woman shine. Sundsbø’s ability to capture the movement of these moments as they are standing still, is a talent heroic.

Celebrating the beauty of now, Sam Bryant enhances features that are at once frail and formidable. Through the vigor of intensity we feel the fire of ferocity. Potent in her passion, this indestructible force of nature is built to withstand the heat. Lending to the lucidity of light, these exotic features find a way to shine. Bryant bleaches Tilda’s brows into oblivion, taking advantage of her other-worldly presence. Pleasantly sharp, each picture portrays the potency of her power. Eyes float on by like pools in the sky as big, blue orbs seem to hypnotize. Never looking straight on, various obstructions shield us from her stare. To wear naked makeup and still command attention, that is a feat worth exploring. Powdered beauty presents like an ethereal masterpiece, as her face appears like a prophecy, with pale skin that illuminates the glow of gorgeous. This androgynous creature peaks out from under a quilted cover, so far ahead of the curve she teaches us how to be. Feeling the ardent air of yesterday’s fair we find our way to tomorrow’s timeline.

Something is happening. In the quiet aching of the heart there beats a new beginning. She stands seemingly still, yet in her mere presence we begin to feel a change. She uses her body language to impart a pantheon of presage. Sam McKnight brings the beauty of bleached hair to another level, by matching tone-on-tone to to perfection. Shaved on the side, her hair gives us a taste of the extreme while still appearing ethereal. Sam showcases her modified Mohawk by allowing it to move through varying degrees of rebel extreme. Appearing as if she’s just arrived, she stands in a glass tube looking like a high fashion phenom from the future. Orbs of ethereal light pass over her face, as we imagine her being beamed from another dimension. Deeply exotic on the pathway to erotic, we sit in silent wonder as we watch this creature evolve. 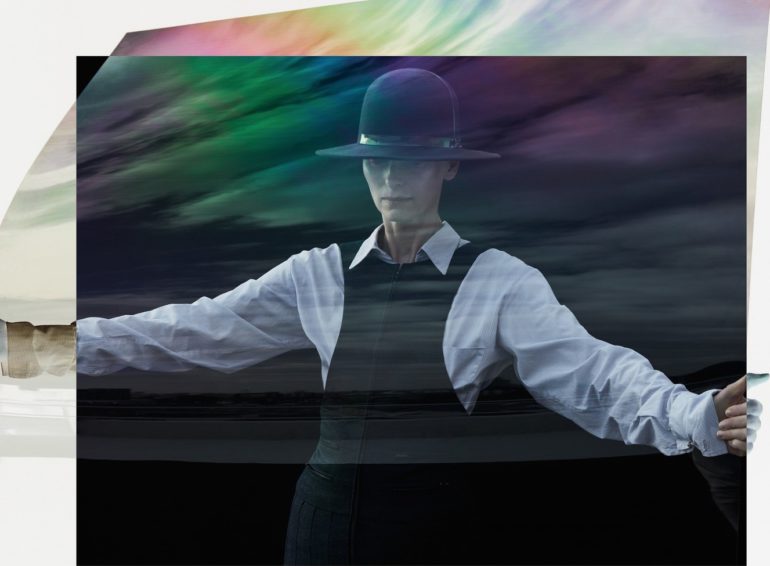 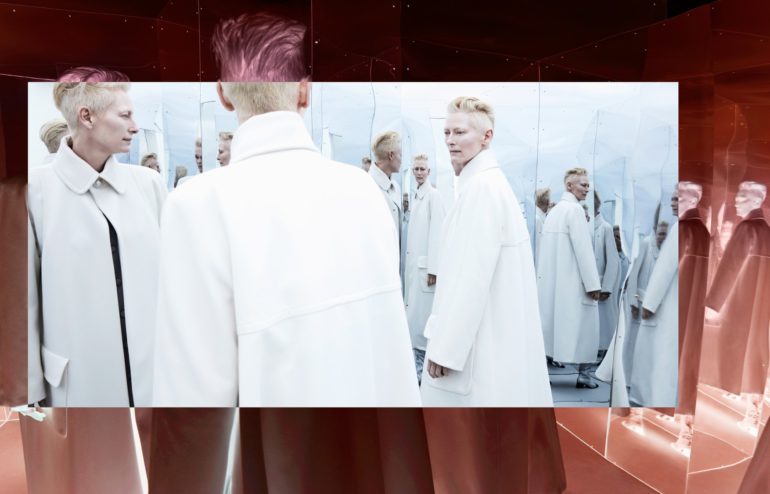 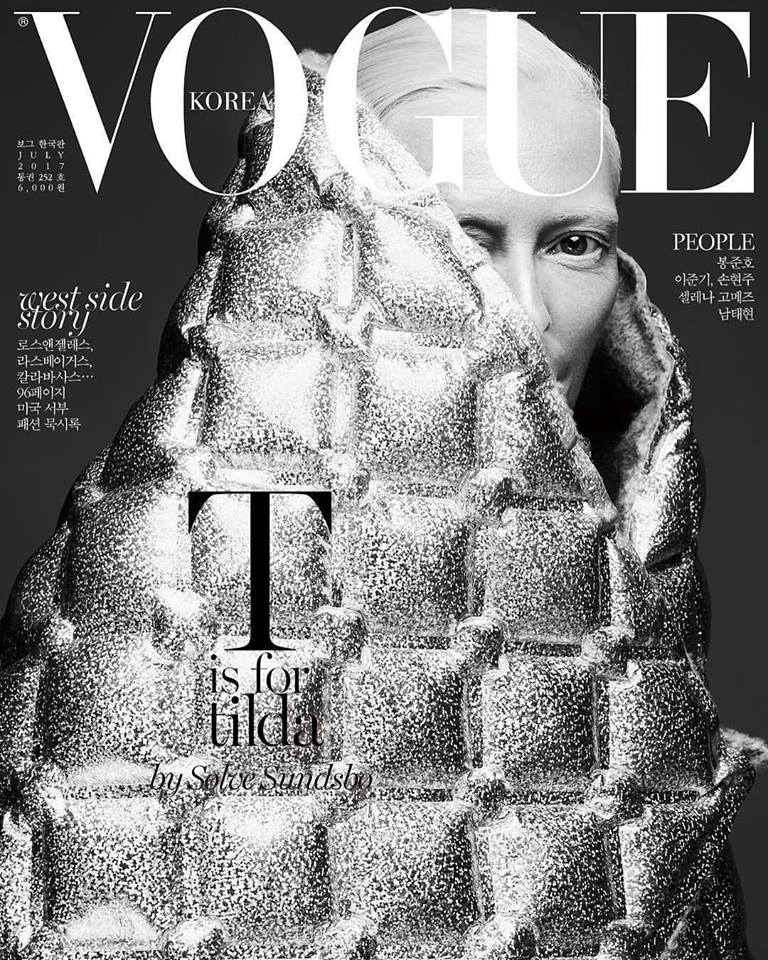