Lina Hoss, Harleth Kuusik, Riley Cole, Carly Moore & Andrew Sherman bring the real in “Backstage” by Greg Kadel for Numéro #185 August 2017. Not merely a look into the pageantry of modeling, this gives us a peak into the passion of their play. Skin on skin takes us in ~ to a place we’ve never known. A cross between Installation and Performance ~ this art feeds off the audience in a variety of ways. This piece is an evolutionary process. A procedural event that flows freely from a mind source to an altered soul space. The energy of artistry is unleashed as each body part aches to connect. Twisting and turning this way and that the acrobatic motions are set to attack. Quietly compelling this seizes on the idea of strange. Striking styles set to stir as limbs overlap allowing the mind and body to converge. What was once thought of as abstract extreme has been upgraded to enter the grounds of the elite – avant-garde elite that is.

The limbs seek to escape the confines of stilted creativity, as Kadel captures candid shots that are anything but boring. Beautifully balletic, the bodies move together as if they are joined as one, being that our culture is not one that’s keen on the subject of open touching (I say with a smirk). We all know that we can look at any Instagram feed, or the like, and be bombarded by such imagery. What I mean, is that we can easily throw two bodies together in any format. However, here we have what I call, Upper Level Expression. Truth isn’t merely an expression, it has to be touched by the notion of intention. This is a very important statement, one that signifies the value of intent. Each image moves like circles that begin but never end. The setup feels organic with results that mimic a game of twister.

Charles Varenne contends that with every bend of the body fashion follows suit. The high art of haute couture is portrayed in pictorial mastery. Letting us know that if we are to take this sojourn of symmetry – we must also realize we’re on a soul journey of discovery. Cohesive elements give this editorial a connection, while each image operates independently. The languid lines leave us wanting more, as we wait with baited breath as liquid limbs take shape. Intertwining bodies bend but don’t break, as Mariel Barrera brings forth the beauty of now. This is not about a projection of pretty, rather, it’s about how beauty proper can’t be contained. Symbiotic movements bring forth the story of modern synergism. The goal of makeup proper is often about the mastering of perfection, but here we aim to achieve something higher. Seeking to understand this collaboration, we must believe in the bountiful beauty of projection. To both fill a space and still leave room for growth, that is the definition of forward motion.

Cosmetics are compilation of craft, but it’s those rare few who’s creativity actually works to uncover. This isn’t theatrical makeup proper, but it’s presentation longs for a stage. Like a kitten with a whip, the cat-eye liner purrs with perfection jetting out in dramatic form. Teasing us with talcum, Hoss’s hairline is touched by a thick, white line grasping on to any follicle that will have it. Nicolas Jurnjack delivers haute coiffure by transferring vintage locks with a forward twist. A group willing to tie themselves up in poetic pleasure. Carly Moore gives a helping hand, as Harleth is suspended in mid-air as she floats on Andrew Sherman’s back. Creative expression is split right down the center, changing backgrounds from black/white to color. Kuusik is turned upside/down as Lina and Riley watch in eager anticipation. The group works as a cohesive unit, all fusing together to form a more perfect union. Art feeds off the audience in a cross between installation and performance.

“Like a wheel that keeps turning down a road that never ends, where one stops the other just begins. A fateful trip full of surprises. To breathe is to be that is the key. To seek is to see love that connects you to me. To move and extend as if life never ends. Bodies don’t break but they bend in the artistry of Zen. Playing games we’re taken to the extreme. Crawling over each other like the dawn of a dream. Hear the words that I speak. Creativity collides as the scene is set. Leaving the soliloquy of sequence to be artfully met. Let your inner fire shine and be beautiful my brave soldiers. Conquer, create but don’t hesitate. Everything is close but nothing is near… don’t let yourself be paralyzed by fear.”            ~ poetic prose, tanyajo 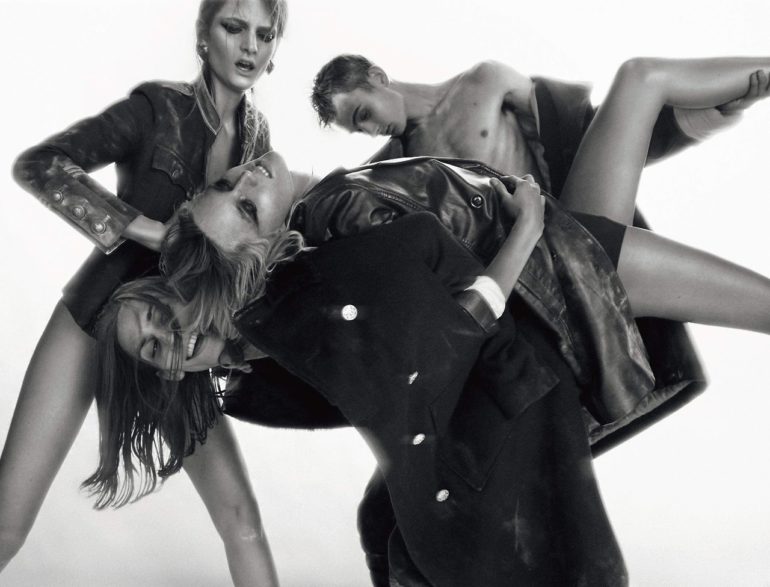 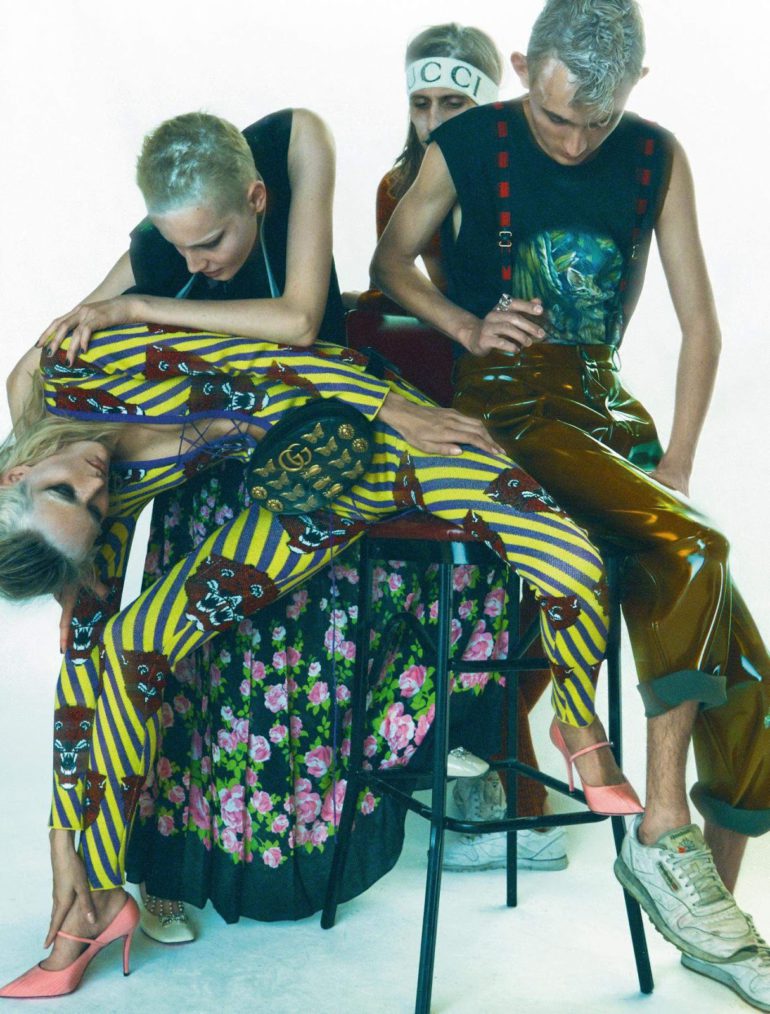 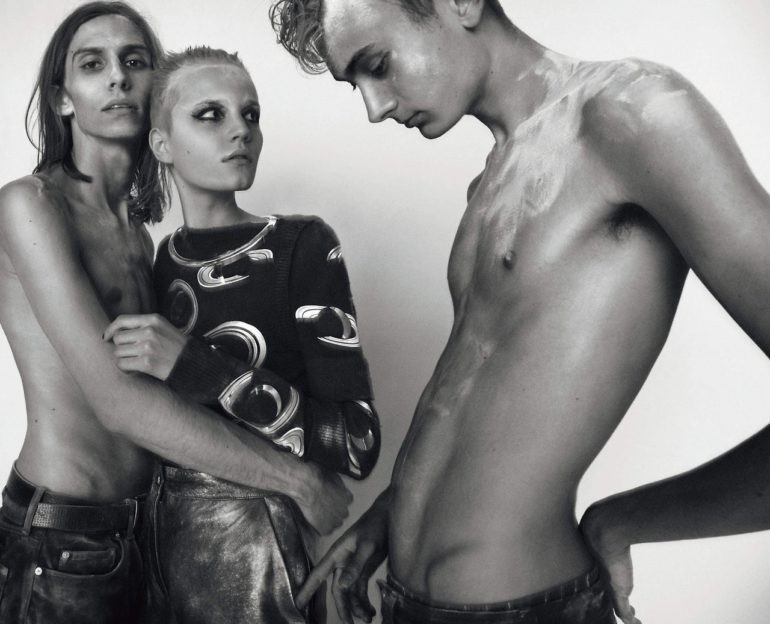 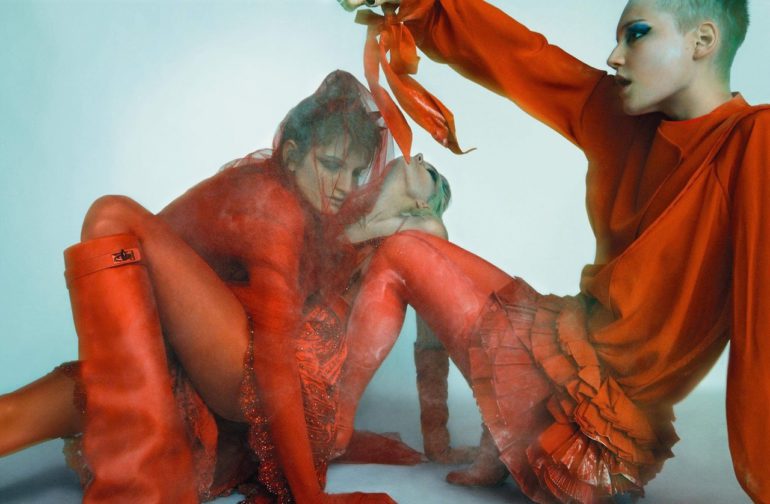 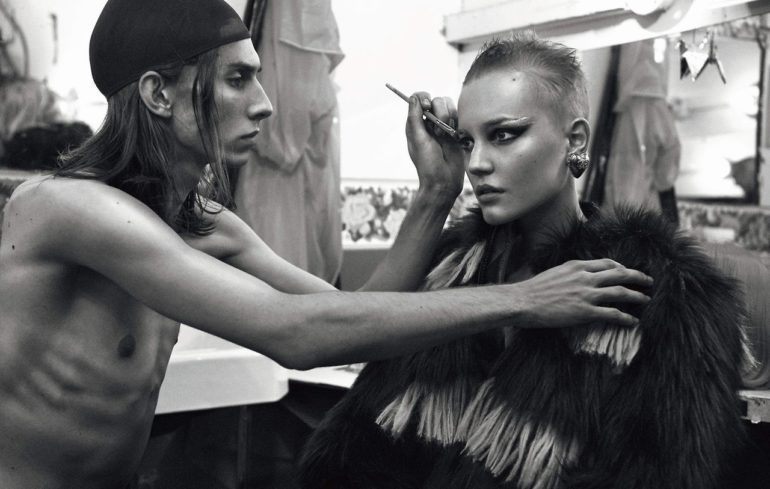 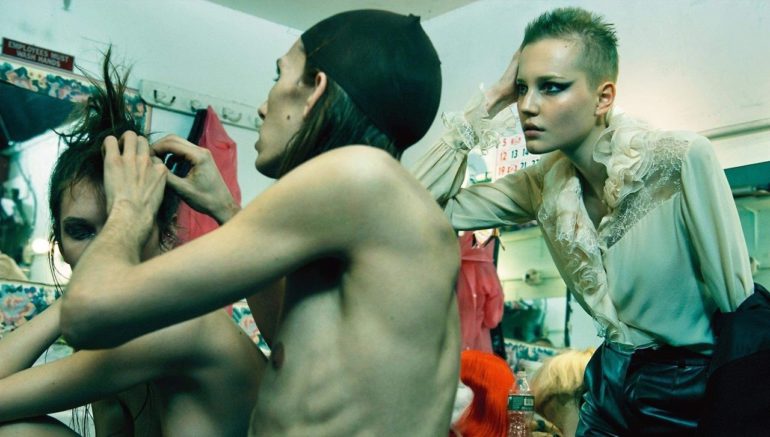 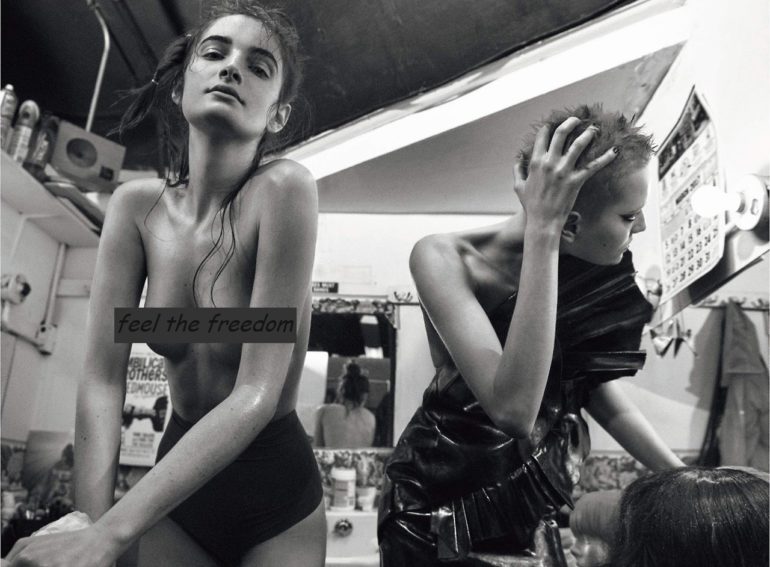 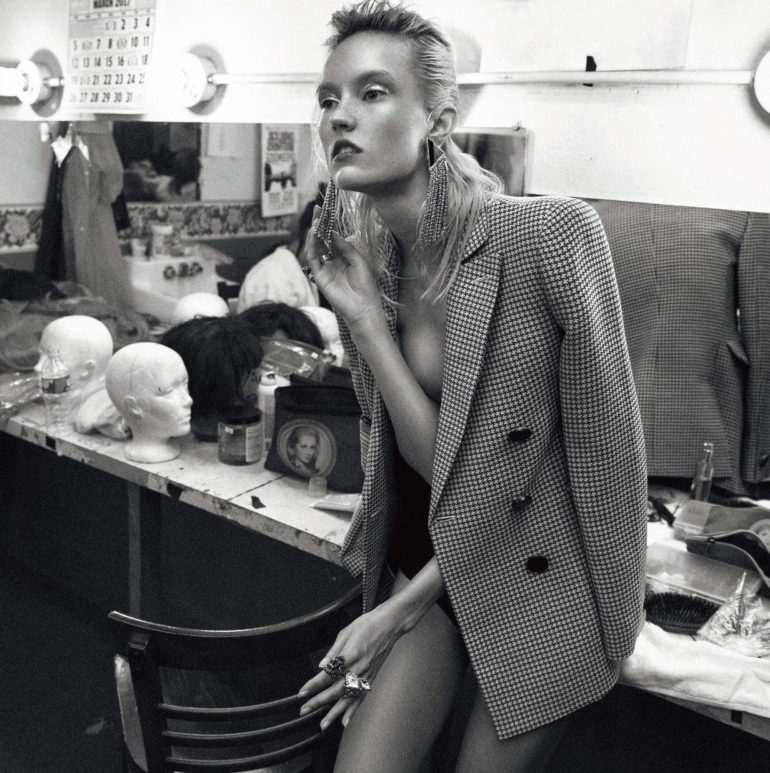 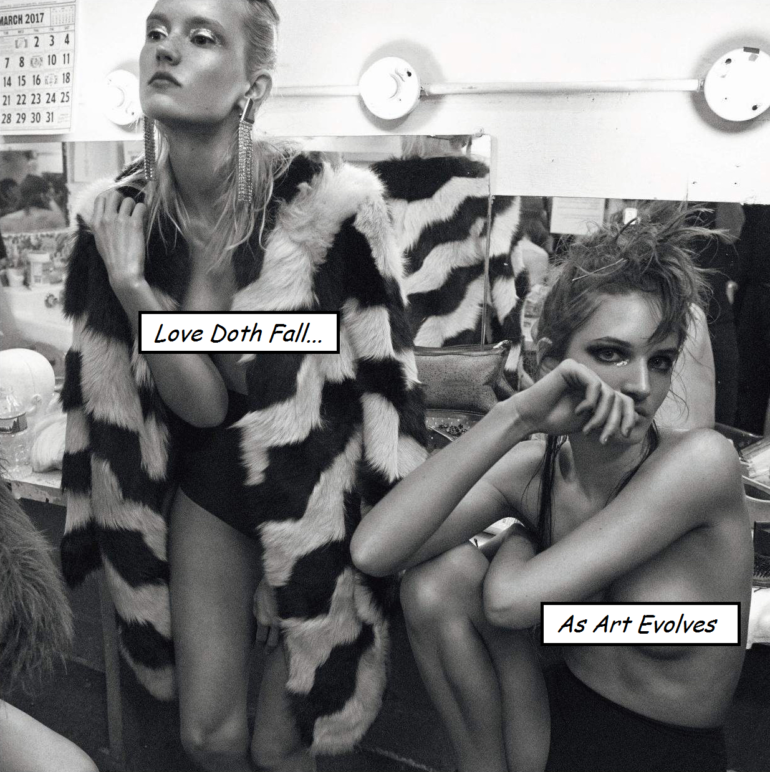 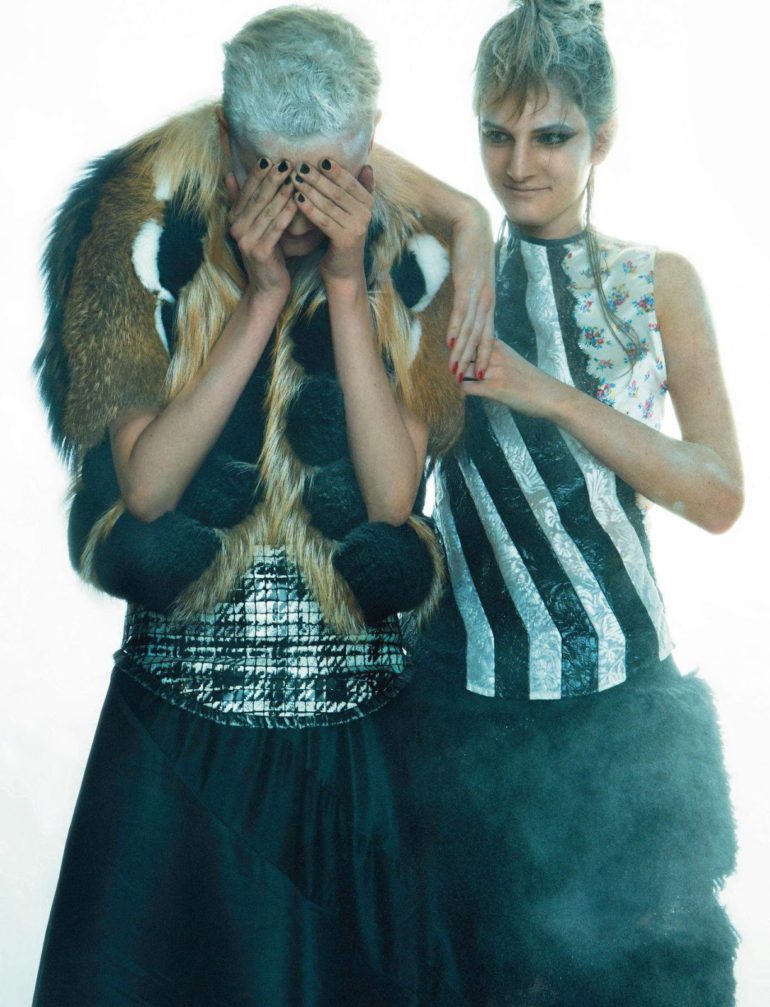