Ruth Bell in “Life On Mars” by Camilla Akrans for Porter Magazine #22, Fall 2017

Ruth Bell brings the heat in “Life on Mars” by Camilla Akrans for Porter Magazine #22, Fall 2017. A vision of forward fusion seeps into the system, as we breath in that excess energy like an alternate life force. This editorial escapes the commonality that plagues many of today’s pictorials. Racing through the recesses of the imagination, reflecting on the realities of life… up feels down, flat feel round as our mind dances to and fro. Wrapped in weightless wonder we make our way around the skin… holding tight feels just right as all that ends begins again. When things feel at their hardest and we can find no kind of flow… beauty bends as art contends that truth is the only way to go.    poetic prose – tanyajo

Julia Von Boehm styles us into another century with looks that evoke the story of evolution. Fashion feels the ache of space as we aim to awake to a new tomorrow. Far from the studio lights, statuesque pictures project a sense of elevated spirit, as atmospheric intention acts with emotive drive. Humanity is held together by forces we don’t always understand, as Bell brings forth a longing like we’ve never known. A question of pure poetry, is this the end or is it the beginning? Have we happened across the dawn of a new time, or has the earth undergone an apocalyptic transformation. Marked by love and endless longing, the era has ended and just begun searching for the light of a new day’s sun.

Eclectic designs are constructed to conquer what’s ahead, as elements are mixed with a modern flare. Creative couture captures our imagination with intricate details that speak to the unknown. Pieces play with the idea of protection, as suits are formed to serve multiple functions, while sleek accessories pull double duty. Fabric layers mimic the environment, with clean lines that are free from heavy detailing. A green silk blends into the dark background, while beaded accouterments pop against a fiery backdrop. Designs divide and conquer with half of the looks being decorative and the other being more suited for armor. The best example is seen in the Balenciaga silver spacesuit, showing more like protective gear than haute couture. Walking aimlessly around she appears to be both lost and found.

Building the blocks of beauty Lotten Holmqvist starts first with a palate of perfection. The ultimate goal isn’t found in hiding imperfections or creating a costumed effect, it’s captured in the quietness of transformation. And, sometimes it’s those subtle shifts of the alter proper that can cause the sea lines of life to rise and be seen. We see when done right makeup can truly move us. Her otherworldly features are slowly drawn out, leaving her skin free to just be. Her searing blue eyes are left to ignite as an amber shadow illuminates her bleached out brows. As touches of Bronzer hit the high points of her oval shaped face. Tempting us into another dimension, art takes it’s rightful place extending out to the reaches of outer-space. Captured forth on soul of skin this takes us back to where it begins.

Franco Gobbi creates one of the most compelling transformations we’ve seen. This change didn’t effect the length of her hair or the shape of her face, rather it tackled the tone. Giving us a muted view of a fiery dew Gobbi tinges the top with an orange-reddish hue. Bleached out brows continue along the lower shave line, leaving a soft blonde surround to tease the hairline. The results are mesmerizing. A cool undercut keeps it long on top while shaving the sides, with a shade that’s still heavily touched by it’s fiery roots. Akrans embraces the environment on a level not often done in fashion. Looking both lost and found she finds her aiming endlessly around. Tomorrow is seen through the eyes of today, as she comes face-to-face with the epic nature of existence and the future of humanity. 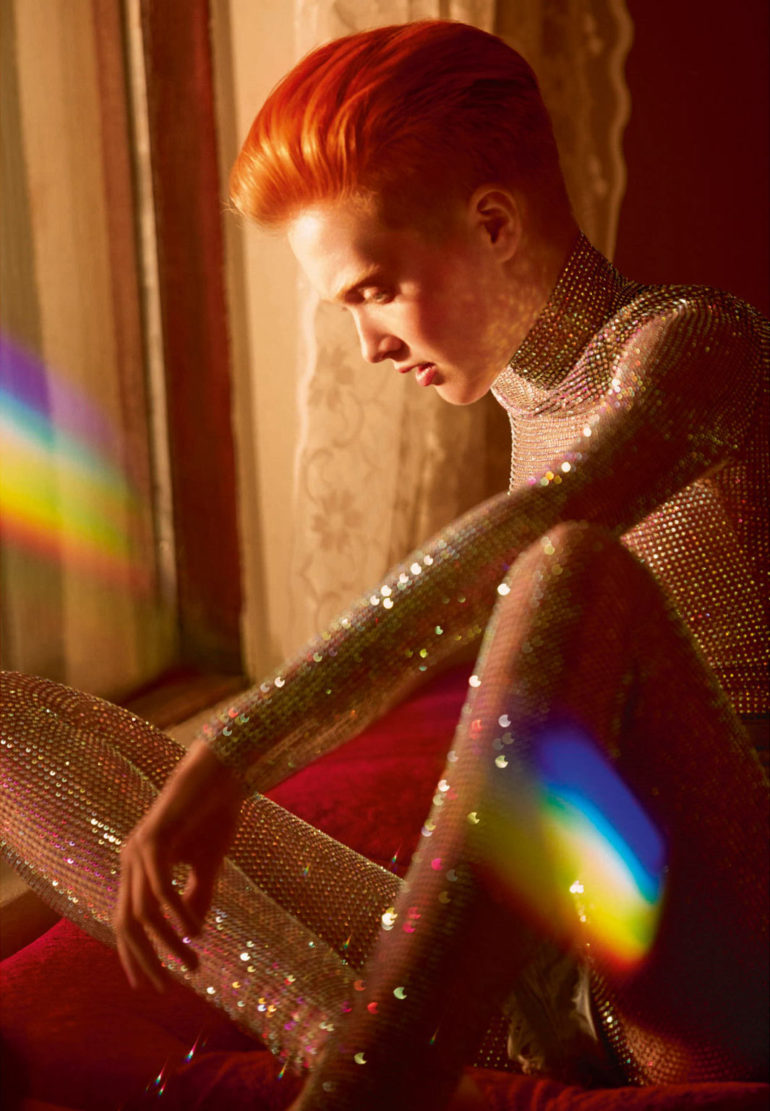 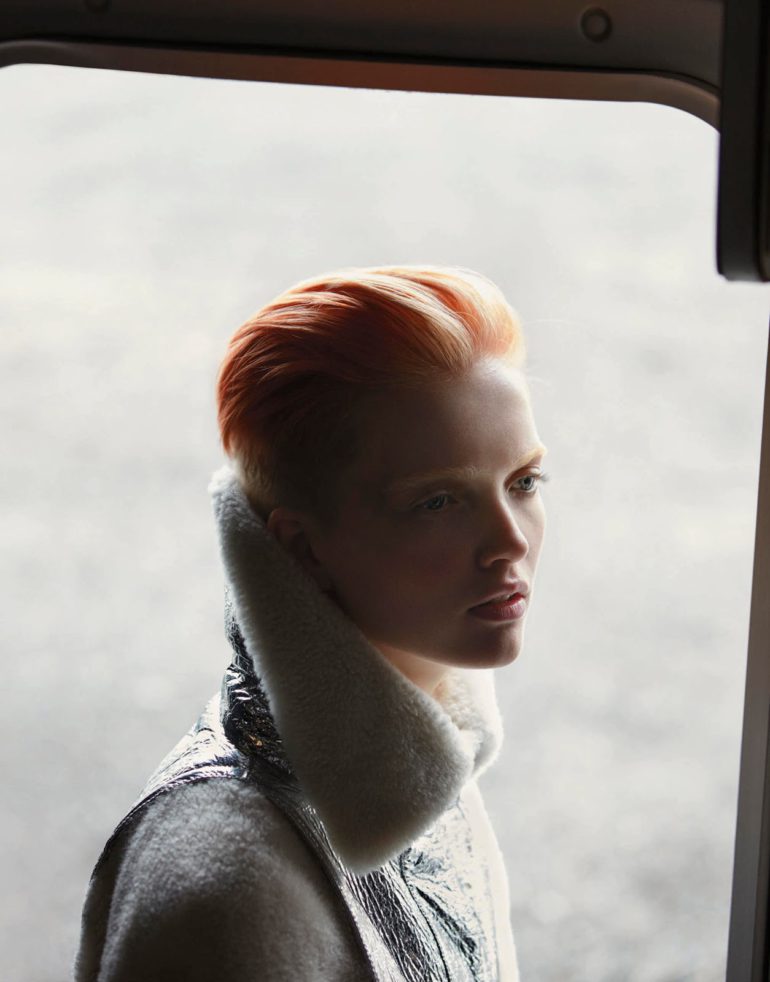 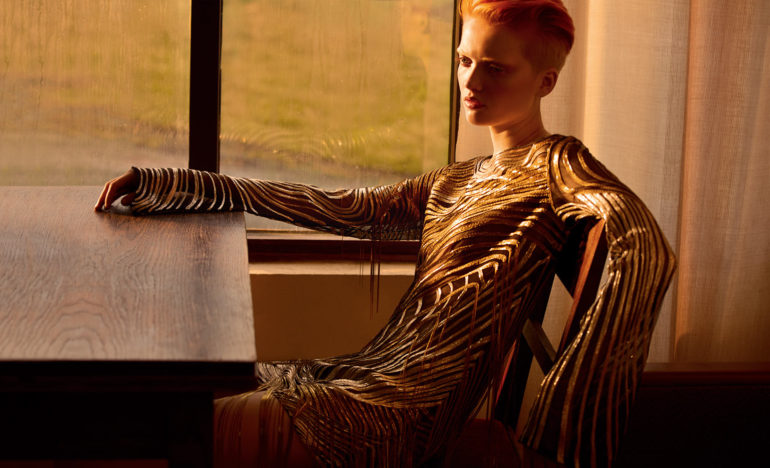 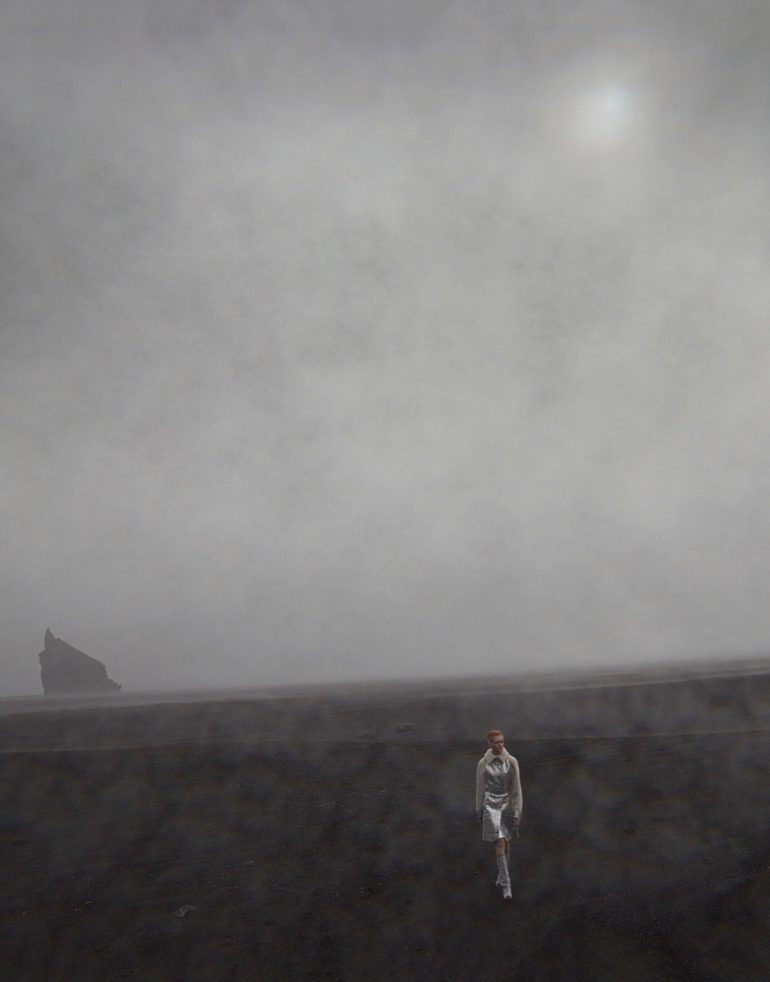 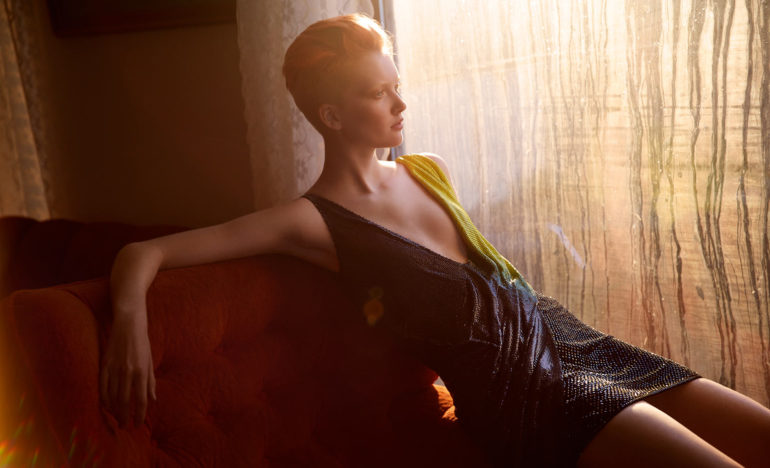 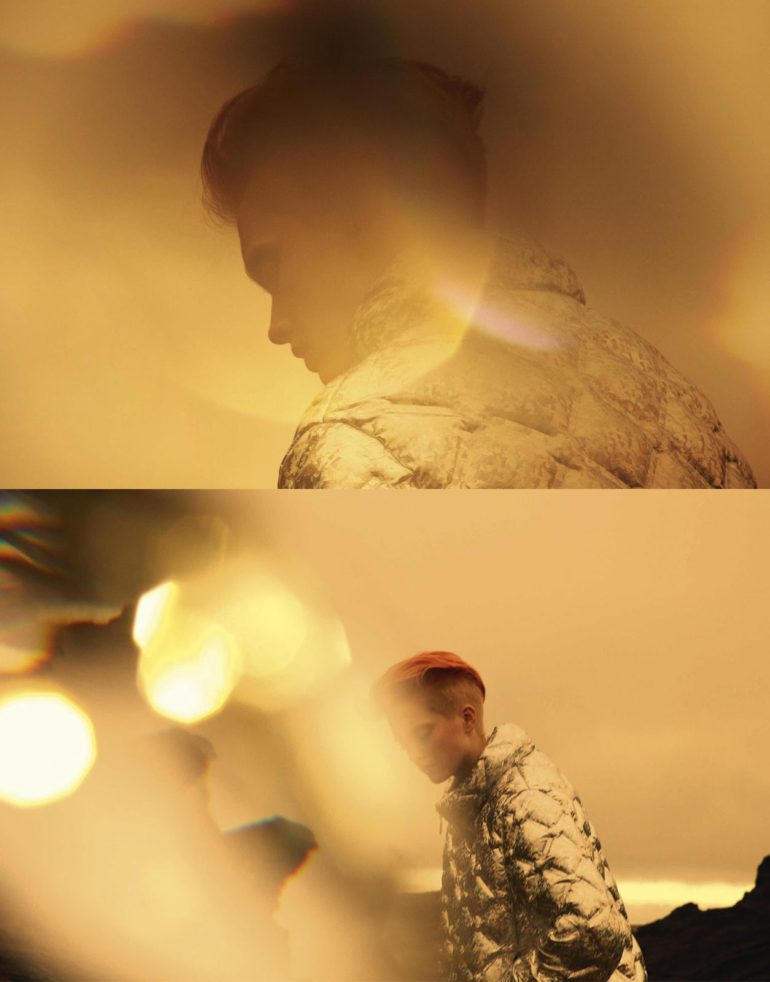 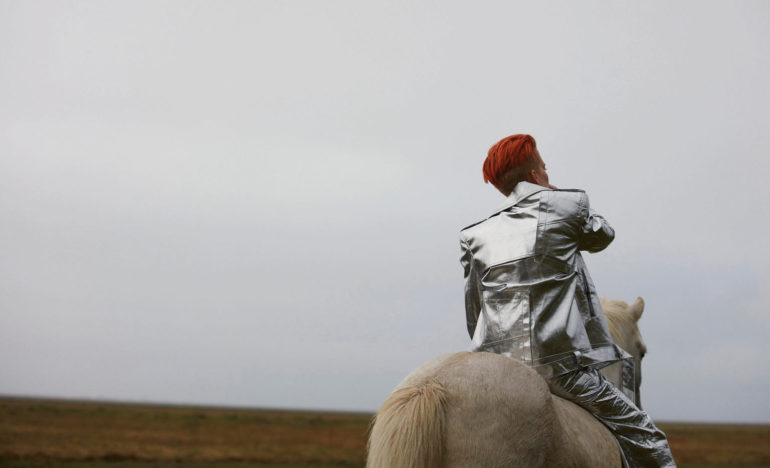 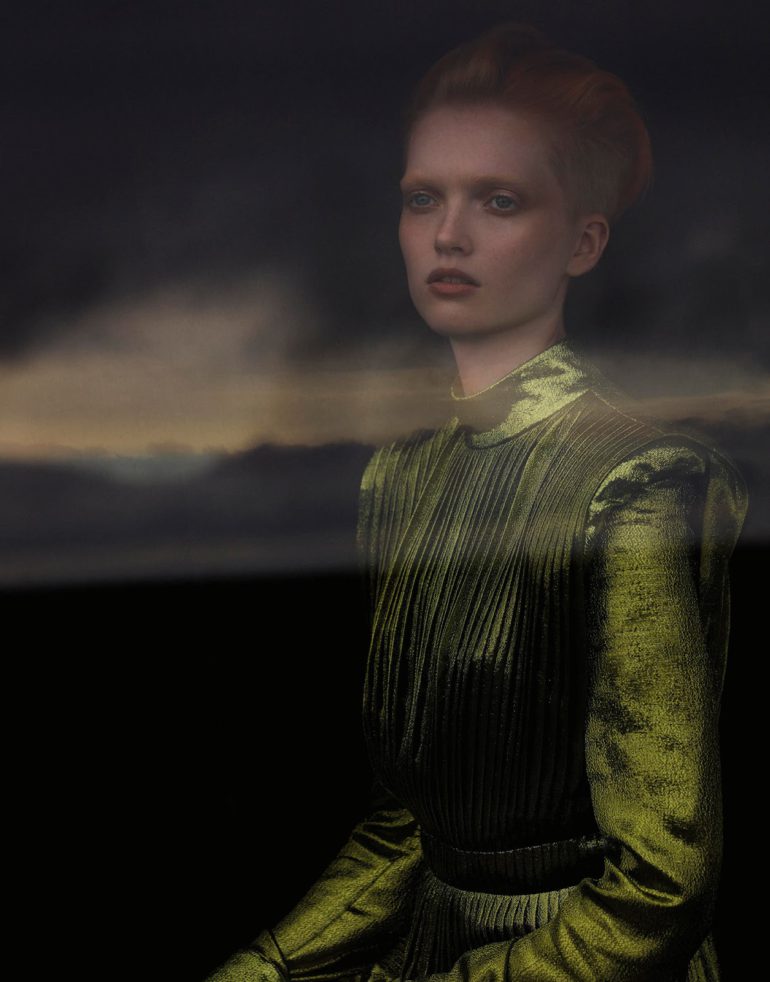 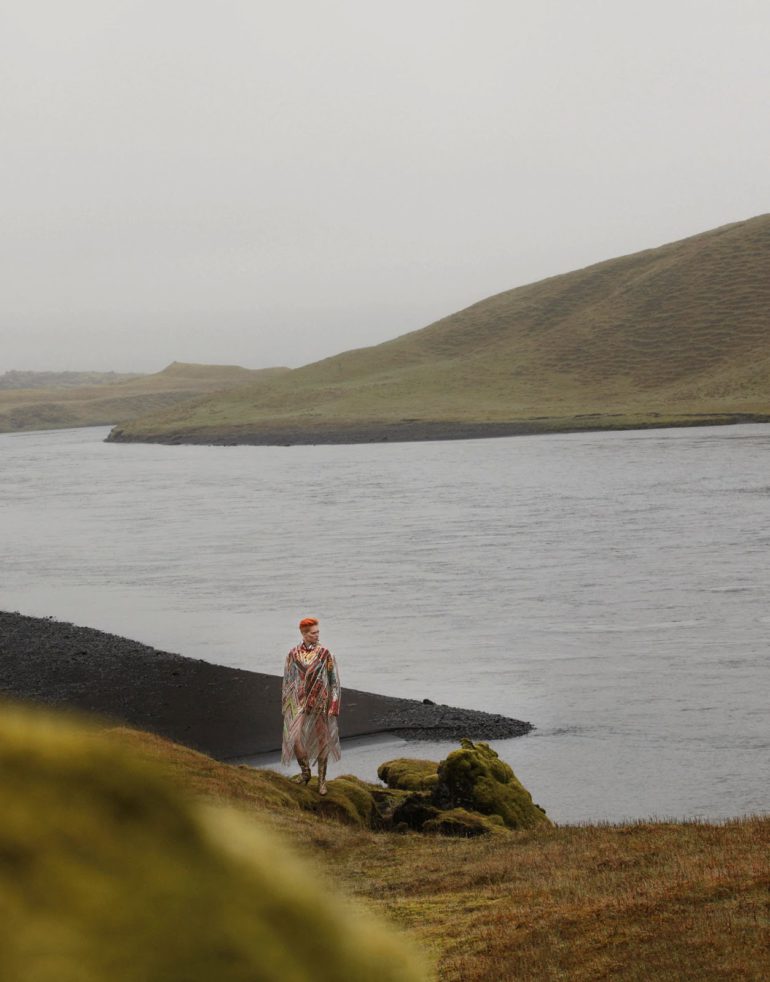 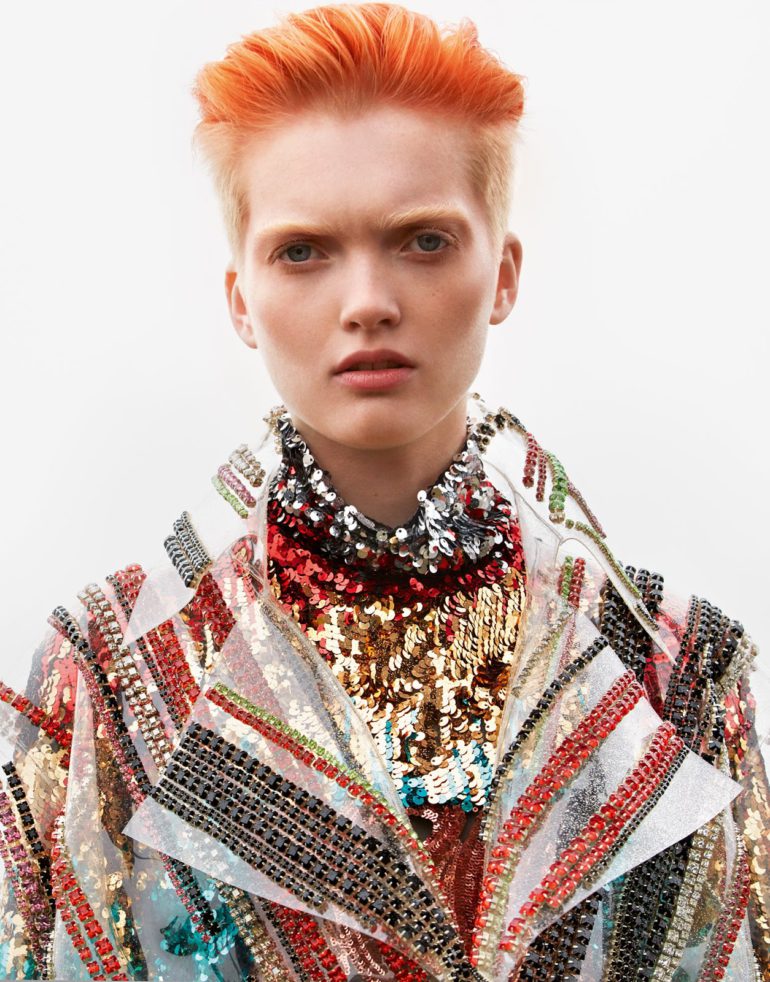 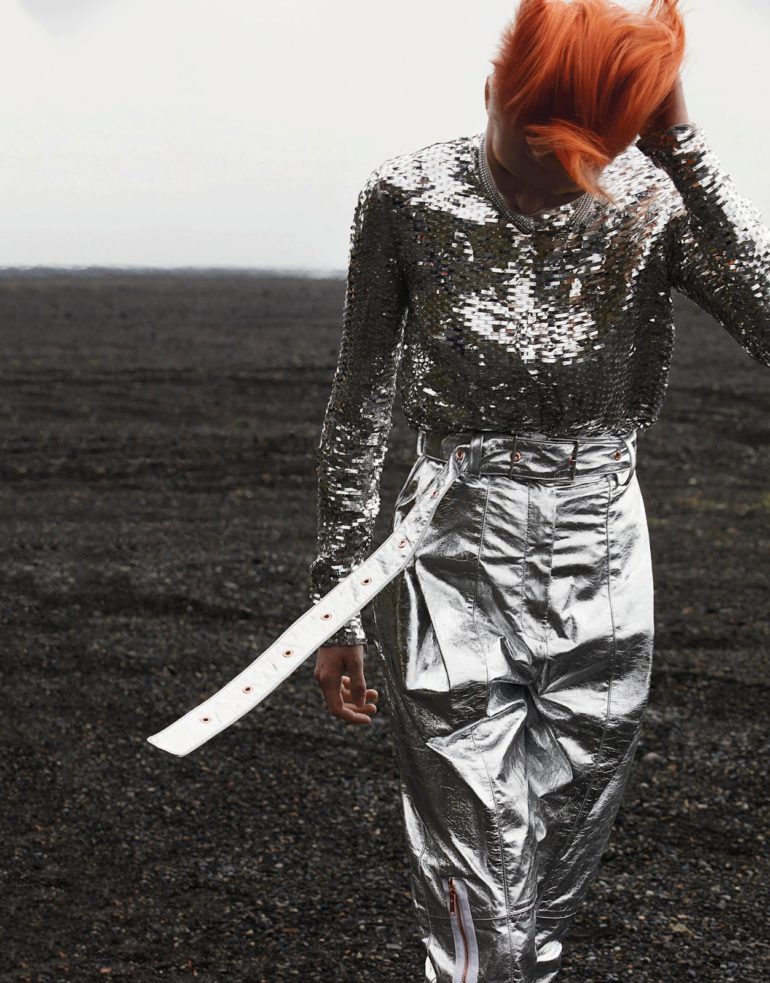 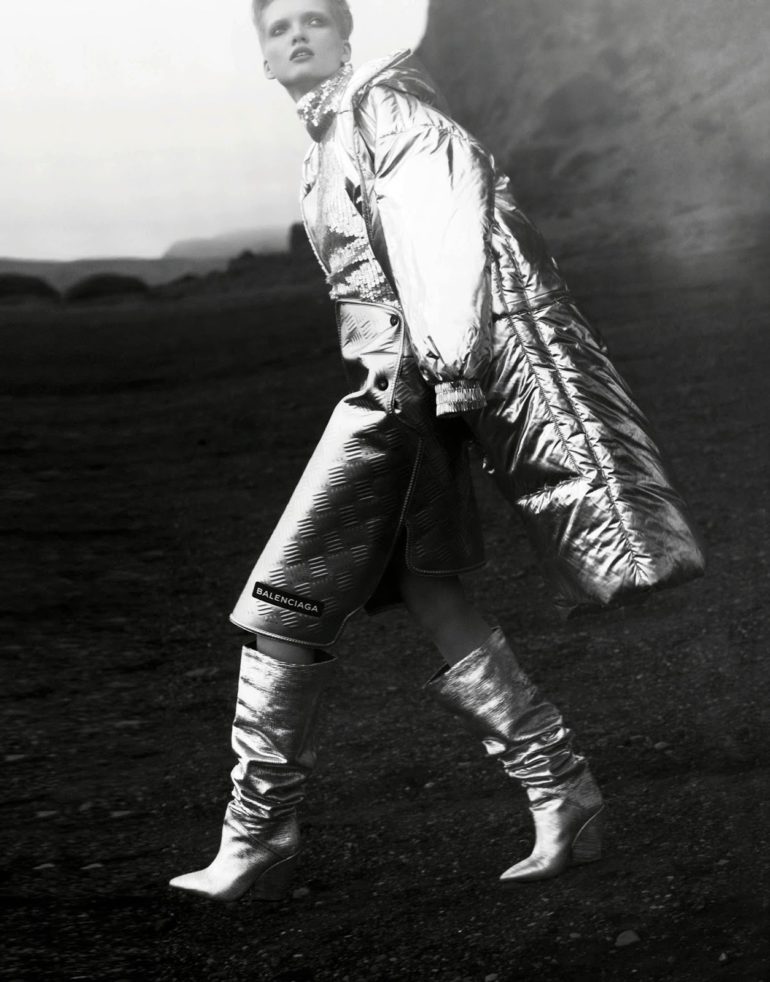 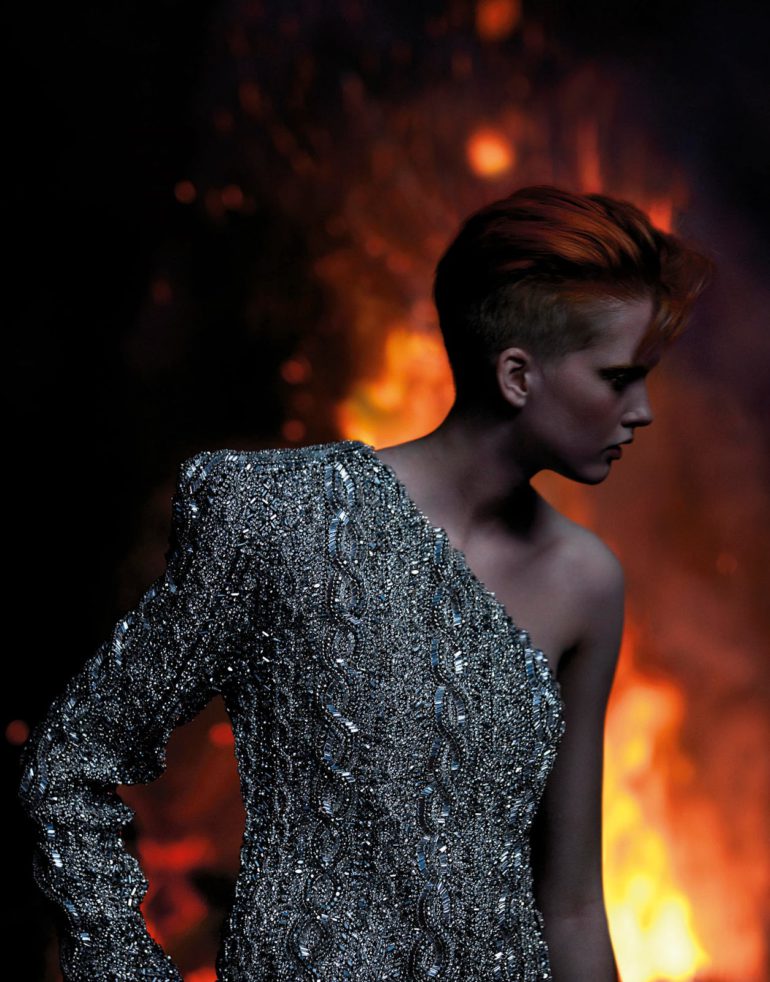 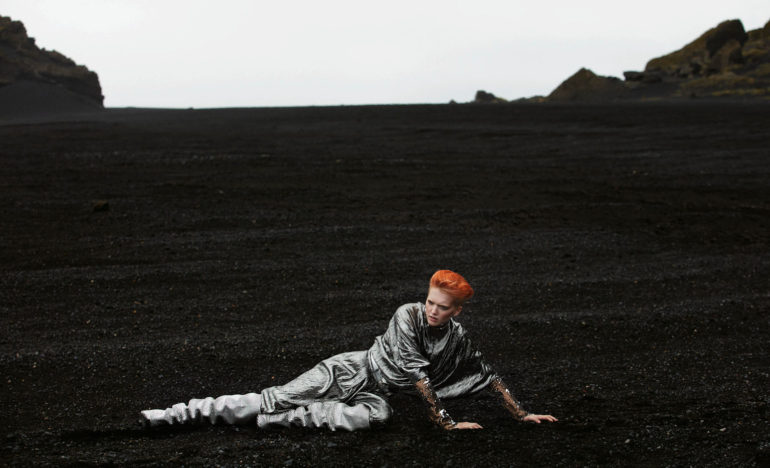 Half Bird Half Woman ~ Hana Spreads Wings to Fly High