Txema Yeste doubles our pleasure in this twinning tale told for Numéro Magazine #186, September 2017. The beauty of two becomes but one as all things go silent in the absence of none. Double duty is all that you do in a twinning tale that will have you seeing two. Txema uses his talent to shine a light on the subject of Love. Asking that we ponder the concept of suspended disbelief ~ two halves come together ~ ensuring the combination is complete. This isn’t about projecting the perfect couple, it is about a sublime search for something greater. To reach a higher plain, the connection must feed off the combined energy. Two Halves of the Same Whole, Lia and Odette Pavlova stand as sisters yet evoke a sense of independence.  poetic prose – tanyajo

Bernat Buscato uses fashion as a source of connection. An overused statement, but, here we see an unusual play on this idea. Their physicality has marked them as twins, barely indistinguishable from the other. These two creatures have had to literally fight to find their own voice. Powerfully poetic, we see an example of this played out in front of our eyes. Amilna Estevao and Mayowa Nicholas project a unique connection. Less a symbol of sisterhood and more a bond brimming with sensual energy, this plays with the idea of female empowerment. This denotes again a kind of neo-kinetic blend, as they get close capturing a sense of physicality. Two, beautiful women bond in a way that distinguishes them from the above sisters.

Combining, blending, fusing & beyond this takes the idea of “Coupling” to another level. Coming from the nuanced notion of United… which takes us to the concept of Integration. Personalities are a fusion of elements that go from individual to the harmonious whole. Sarah Fraser and Casil McArthur capture the mood with brooding beauty done in black/white. Intensity is intertwined in an undecided way as sexual energy is traded for a more fraternal display. The power of this piece comes from the intensive connection between the players. One of the most intoxicating images has Casil held to the fence by Sarah’s demanding stance. An exciting tone that takes them to another level. Holli Smith uses the hair as a symbiotic symbol. White invites eyes to spy, as they’re divinely draped in vivid display. Wrapped in wonder each image is a projection of the other.

Ralph Souffrant and Aleece Wilson bring beauty to a whole different level, with skin that speaks to something unique. The strength of their skin tone emanates through the page artfully released in a riotous rage. Embodying a sense of true spirit I am taken by intensity of their attachment. Wrapped in wonder each image is a projection of the other. A mesmerizing effect, these portrayals project a symbiotic connection. In every shot the couple stands with their arms secured around each other, showing off the stylish backdrop. While not the lead, fashion does play a part. Truth can be a powerful tool, it’s a centering force that can set you free. When Souffrant falls to his knees and wraps his arms around Wilson’s center, we get a sense of the significance. Aleece, who call herself “Odd Freckles” on her Instagram page, shows us she’s comfortable with her delicious difference. The art of the smother shows that each is a projection of the other.

Baring down on the beauty of beyond, Tyron Machhausen embraces the idea of natural selection. A unique take on the “non-makeup” application technique. Tyron isn’t afraid to highlight with the right tools. However, instead of relying on them as a cosmetic camouflage, he uses them to expose the truth. The truth being the beauty that makes us who we are. This evokes a sense of connection while it inspires us to fly high. To engage in this new brand of beauty, one must be willing to go outside our yourself. It’s the subtly that’s important here. Because, this isn’t about dependency it’s about rebirth. About the revolution of the reborn. This story centers on humanity as one. I see each image as two parts of the same person. Marking themselves in a kind of neolithic way. Morphing and musing excavating and calibrating, this is how it looks to brave the strange. What if what we are viewing is merely the intensified look at one human going through an amalgamation of sorts.

Holli Smith uses the hair as a symbiotic symbol. Like many of the physical attributes here we are left to see only the extreme similarities. An evocative tale laced with provocative undertones. The optical illusion lets us see only the same, but in the blink of an eye we ask what doth remains. By assuming that these are not strictly two people, but, an extreme example of the deep swapping self concept. A further example of my ideological construct. Here we have two halves of the same person ~ artfully portrayed in poetic aplomb. Through the abstract avenues of our artistic mind we can reach a kind of neo-centric center. A free space where all things can just exist, solidarity of sanity. It is here in the high place of thought that we give the mind the freedom to roam. To look outside the norms and find it’s fruitful beginnings. 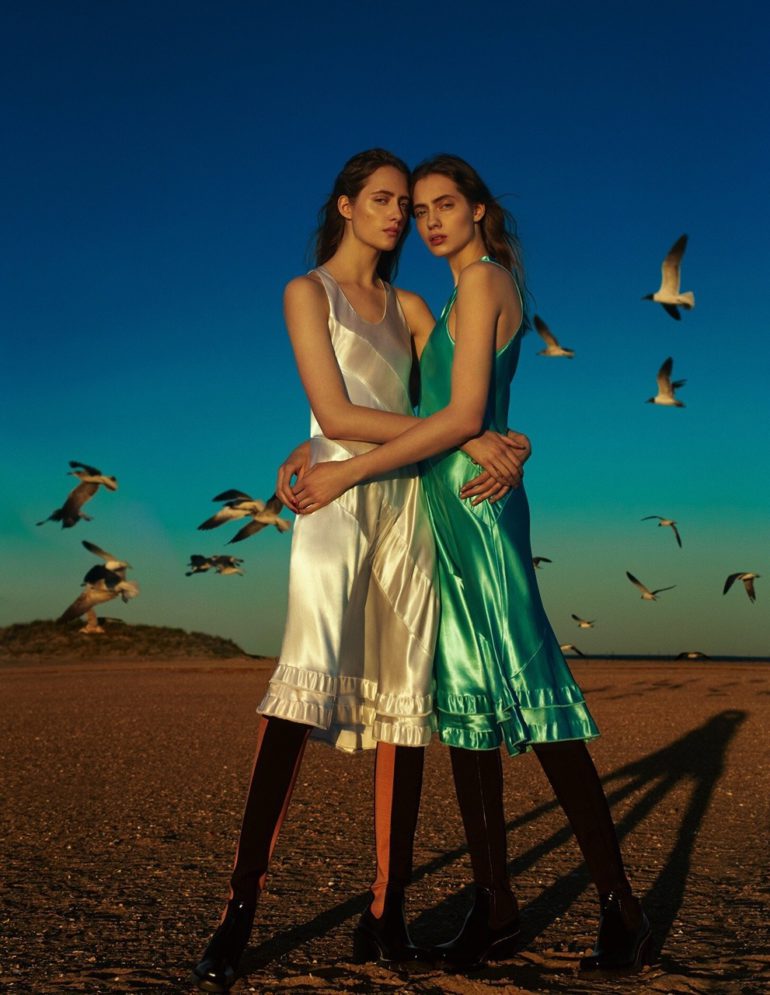 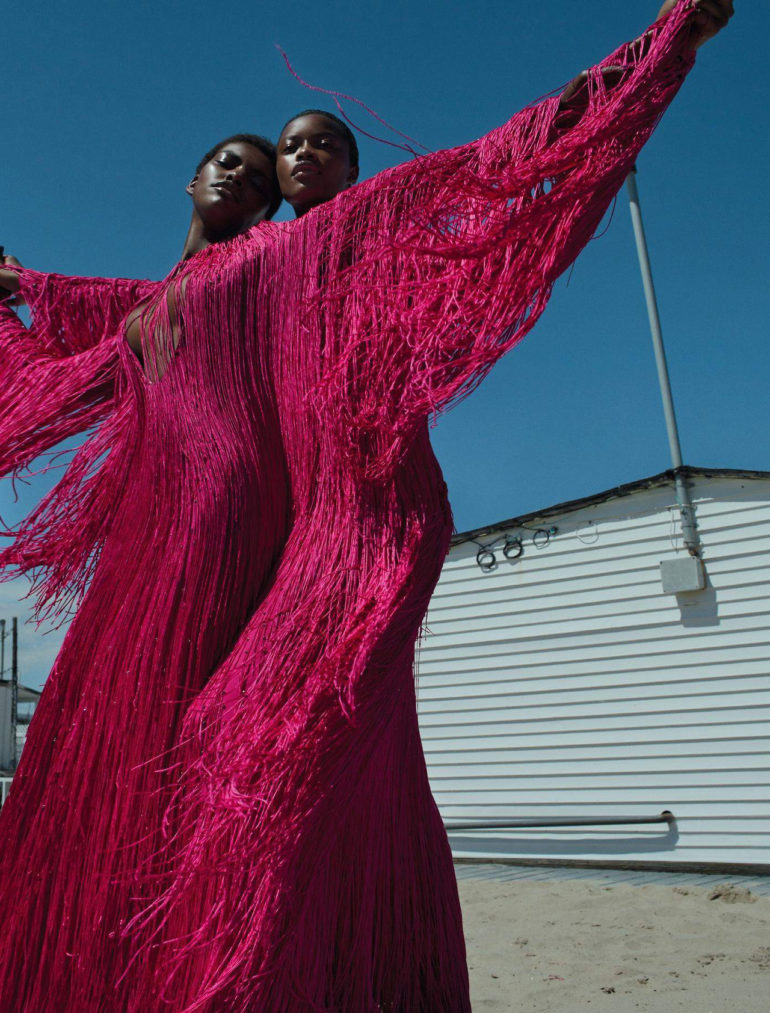 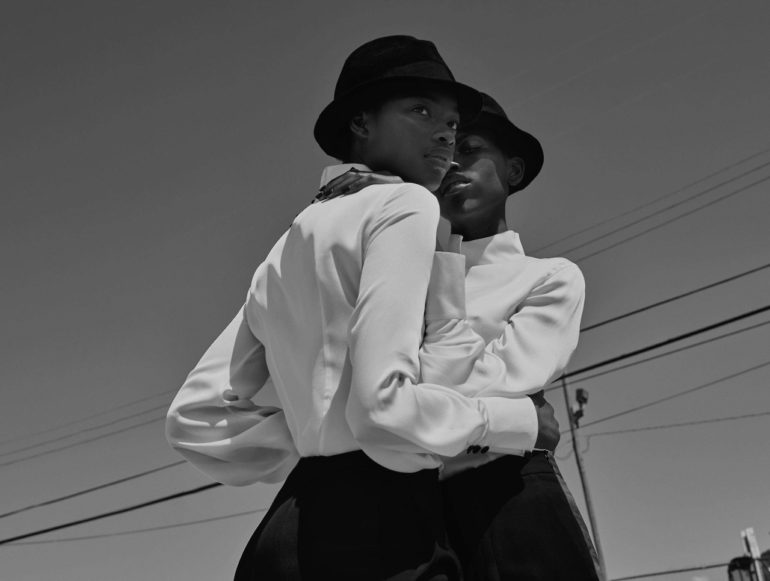 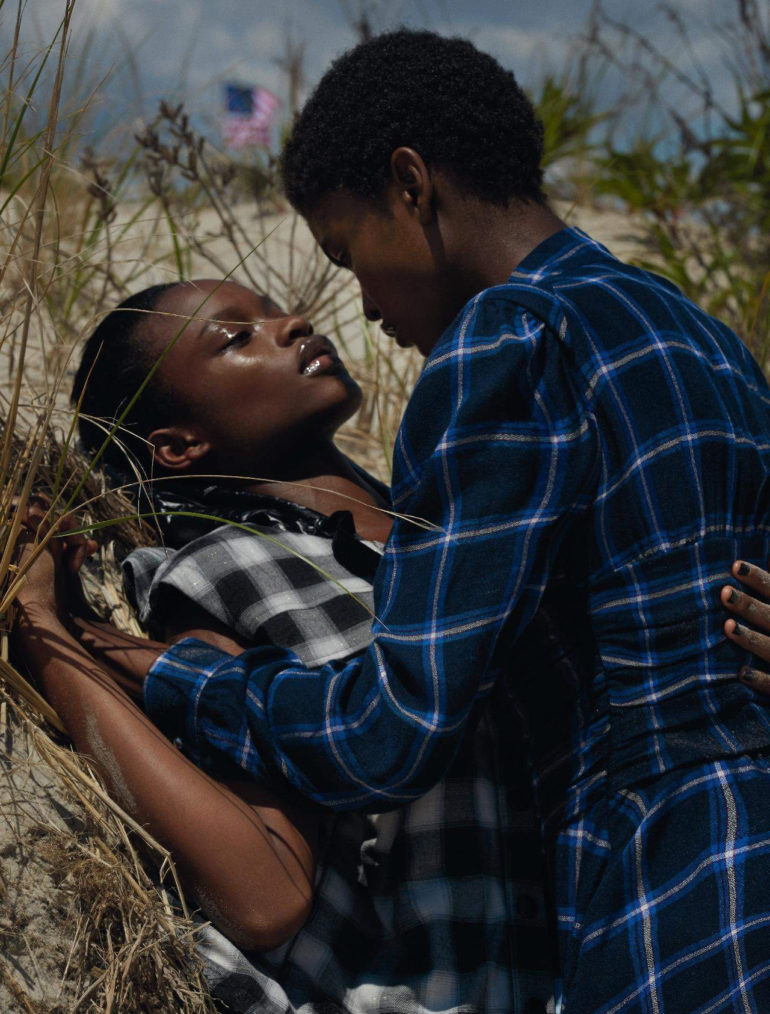 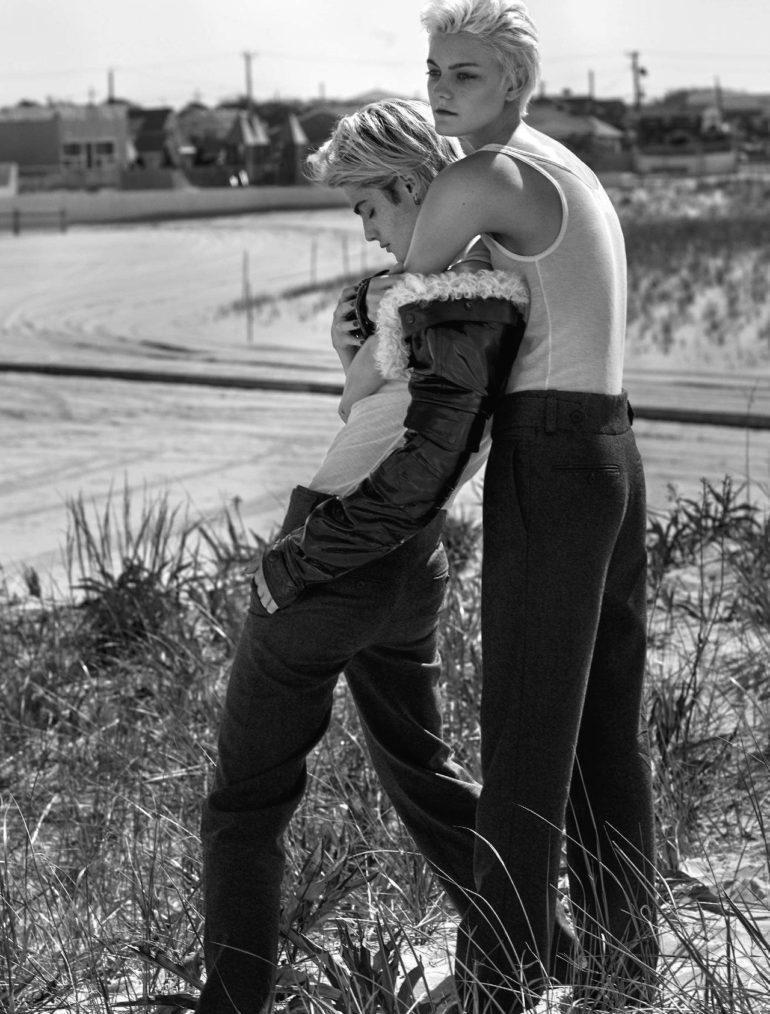 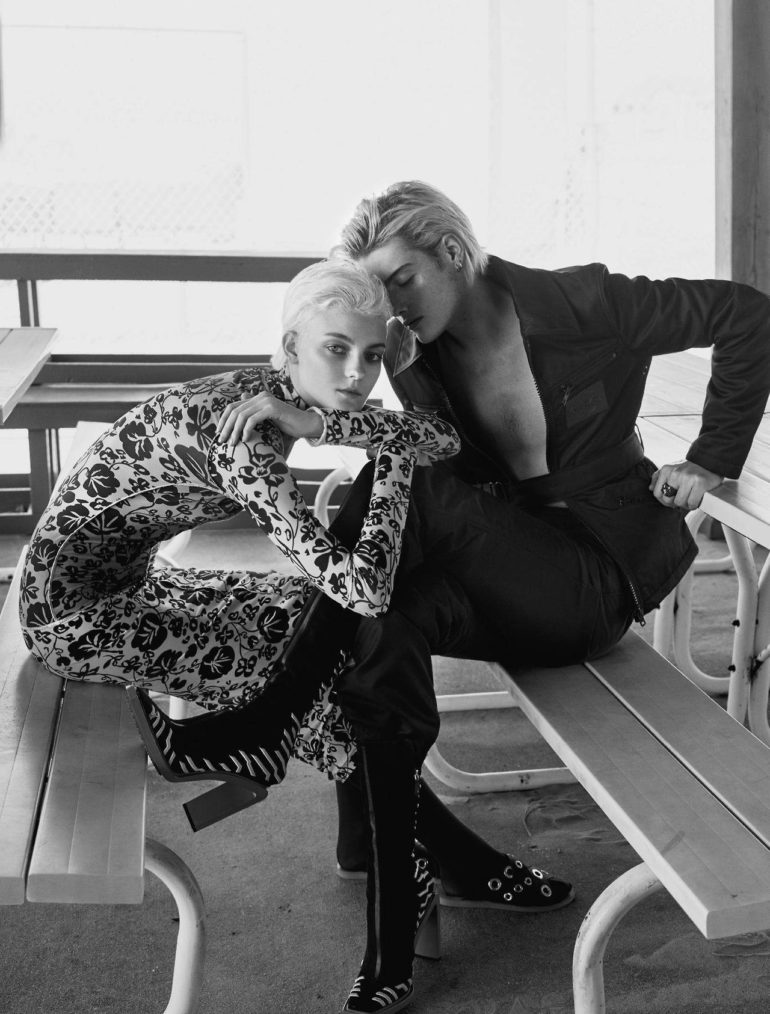 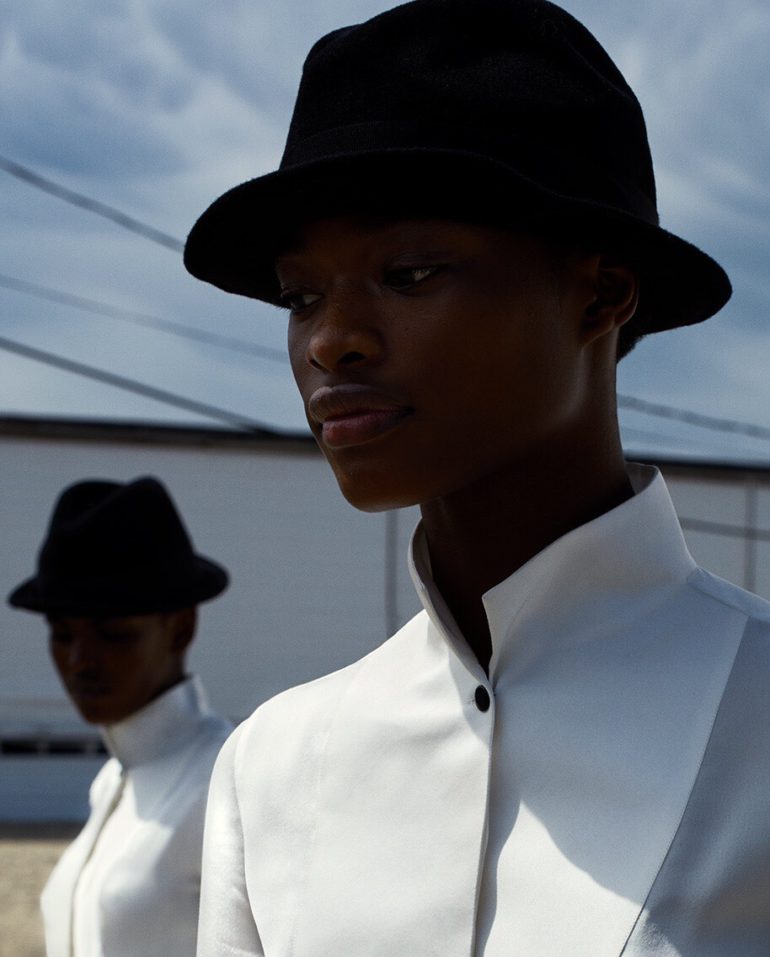 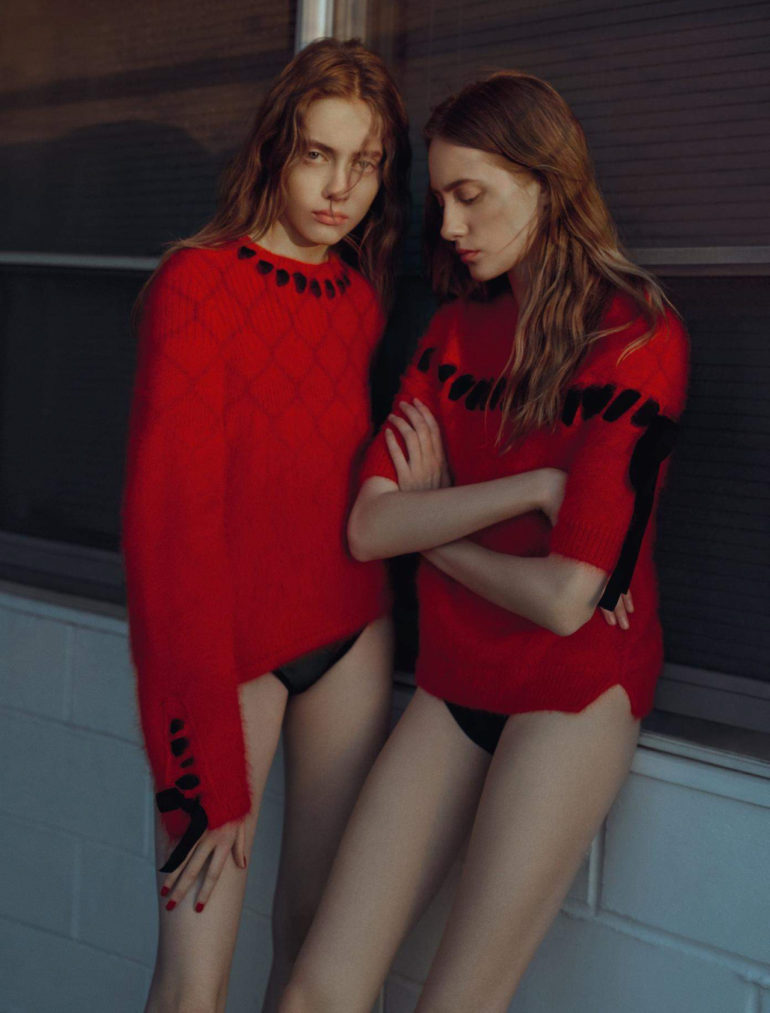 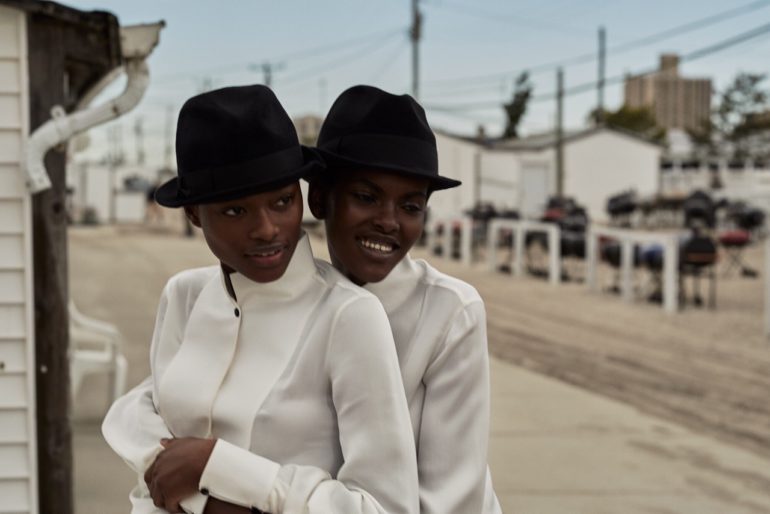 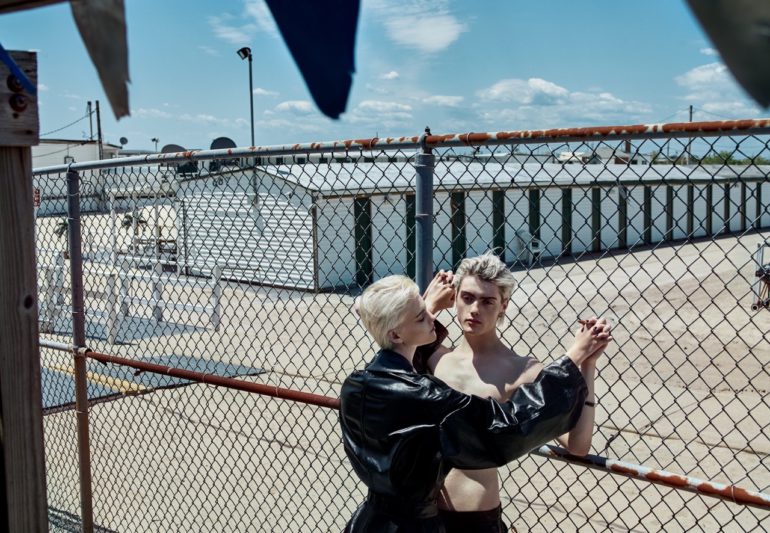 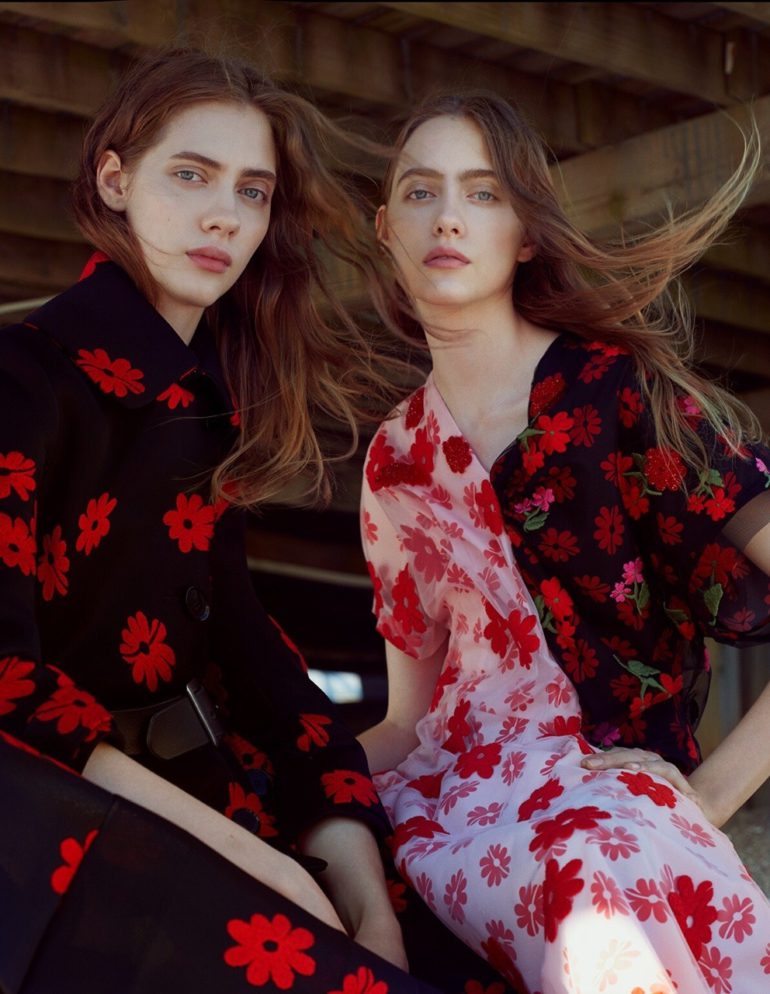 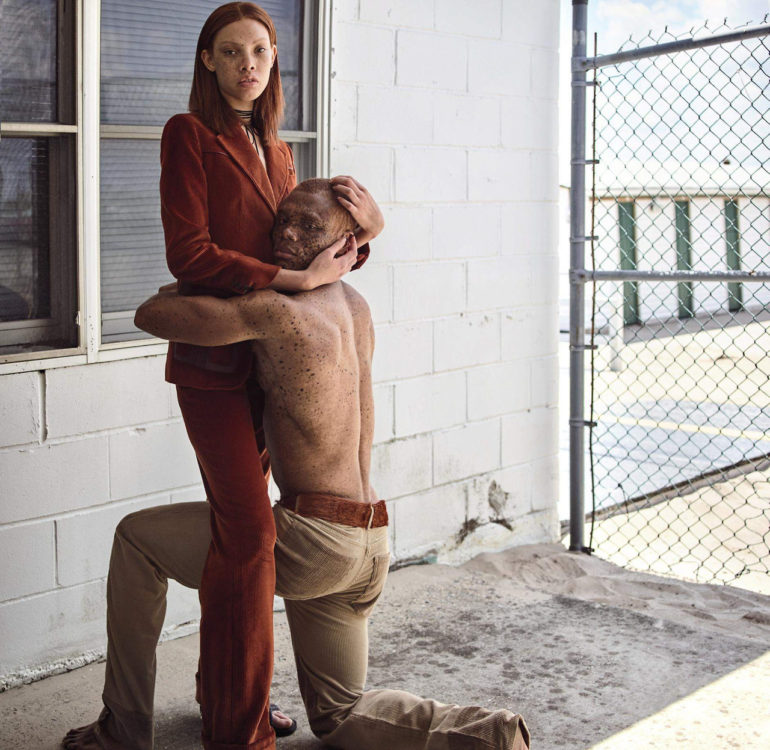 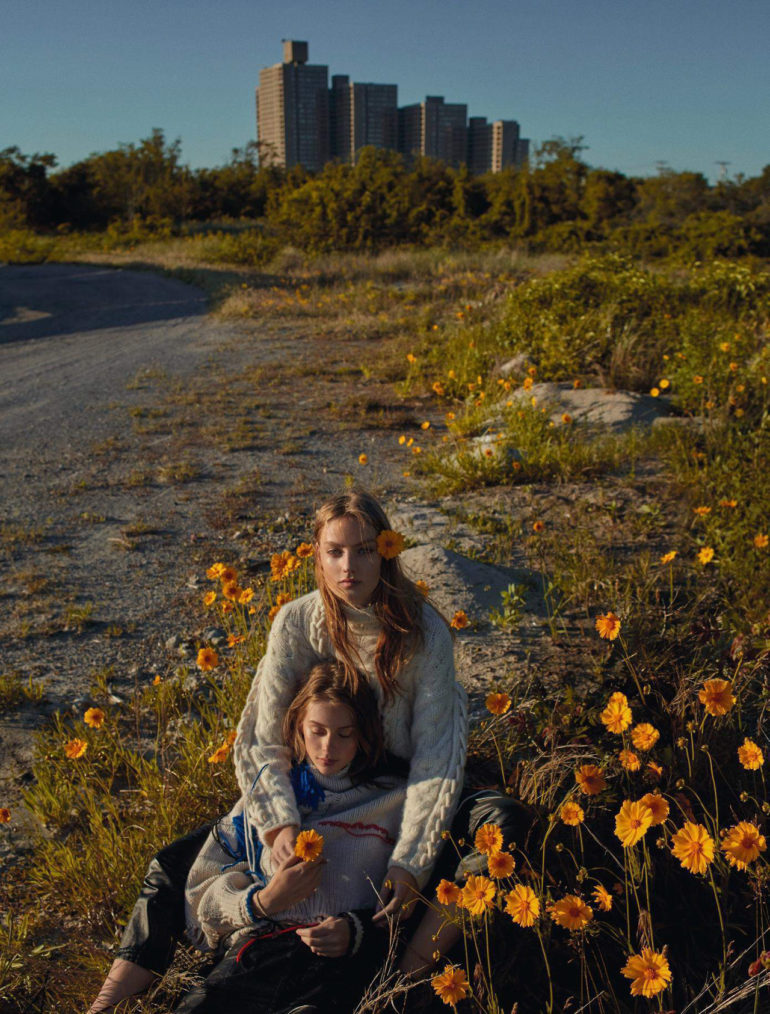 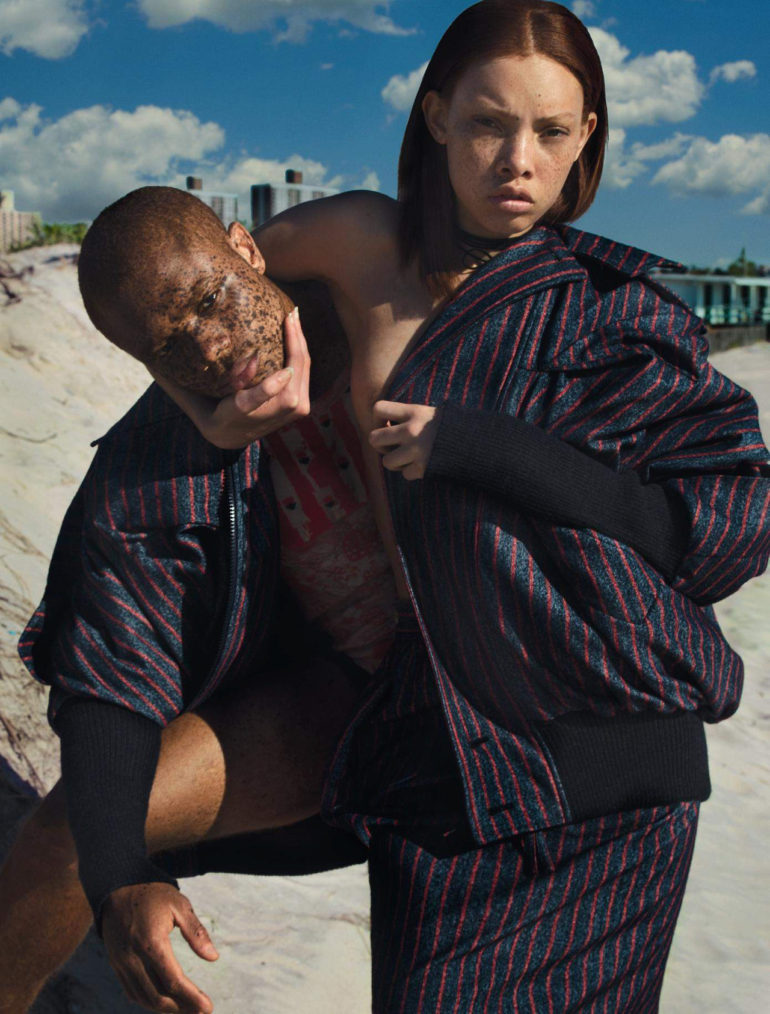 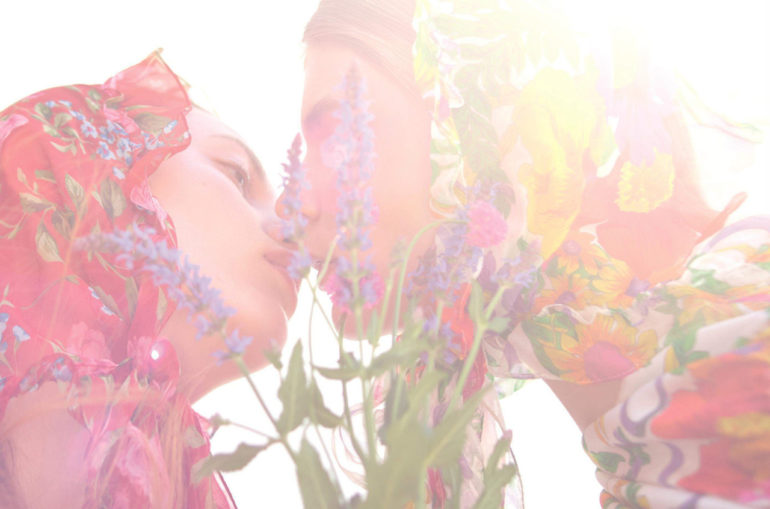 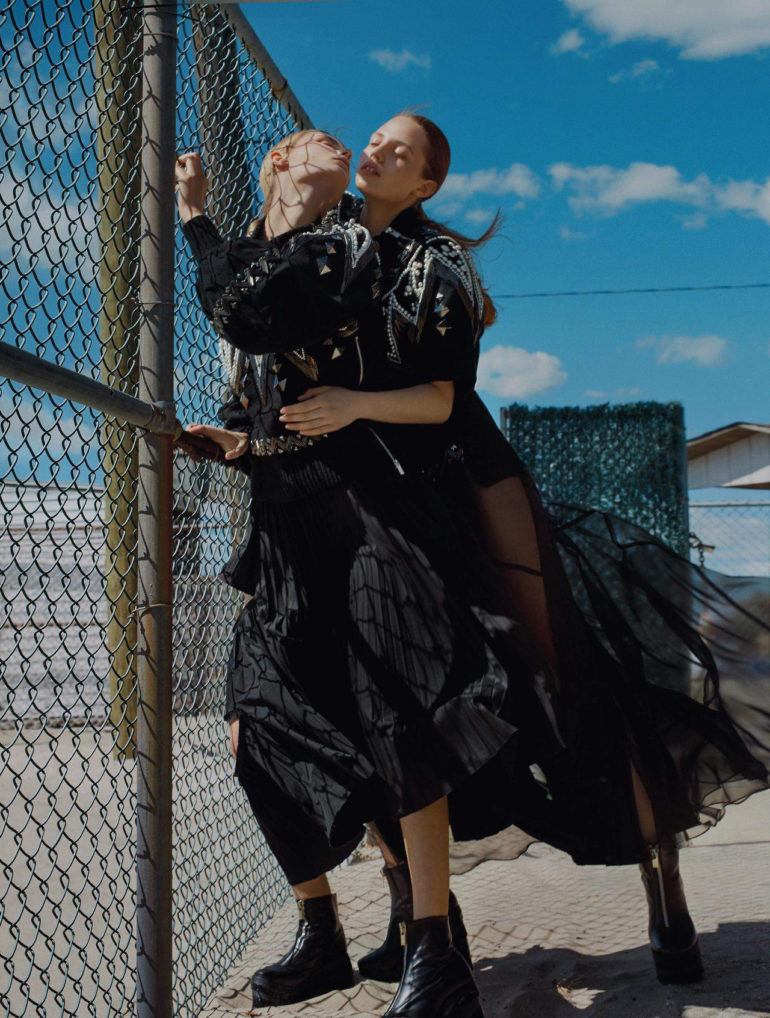 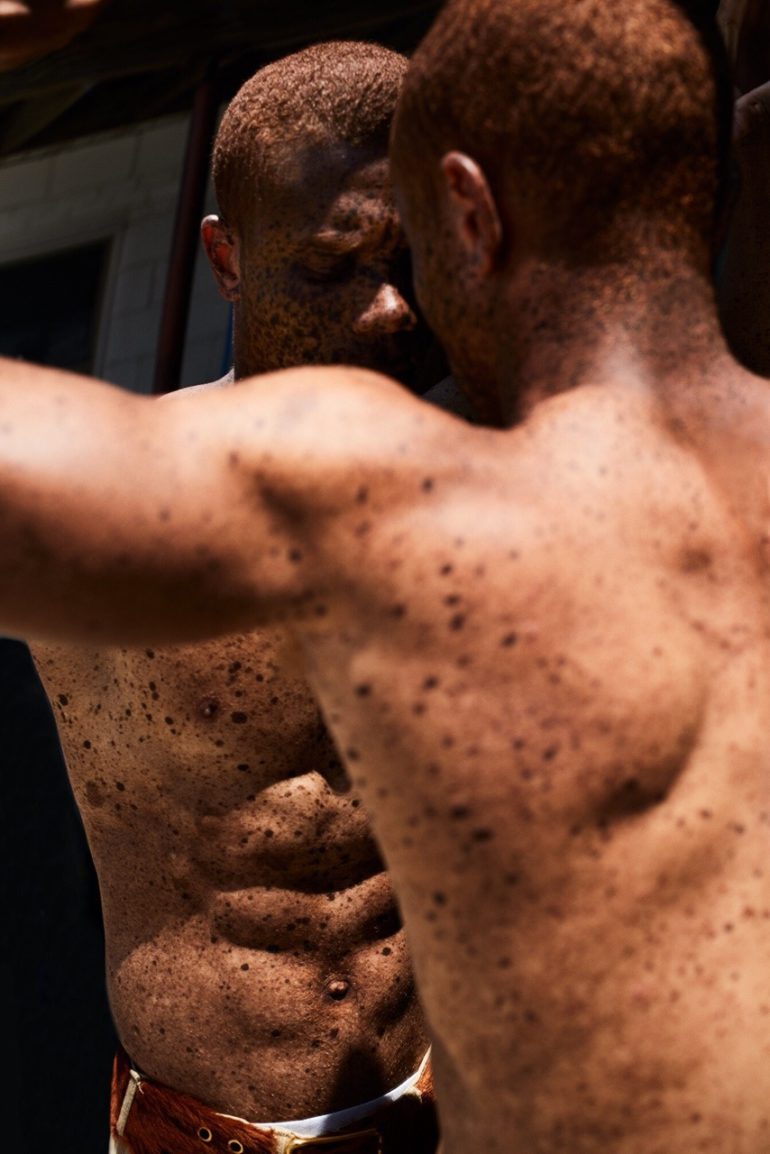 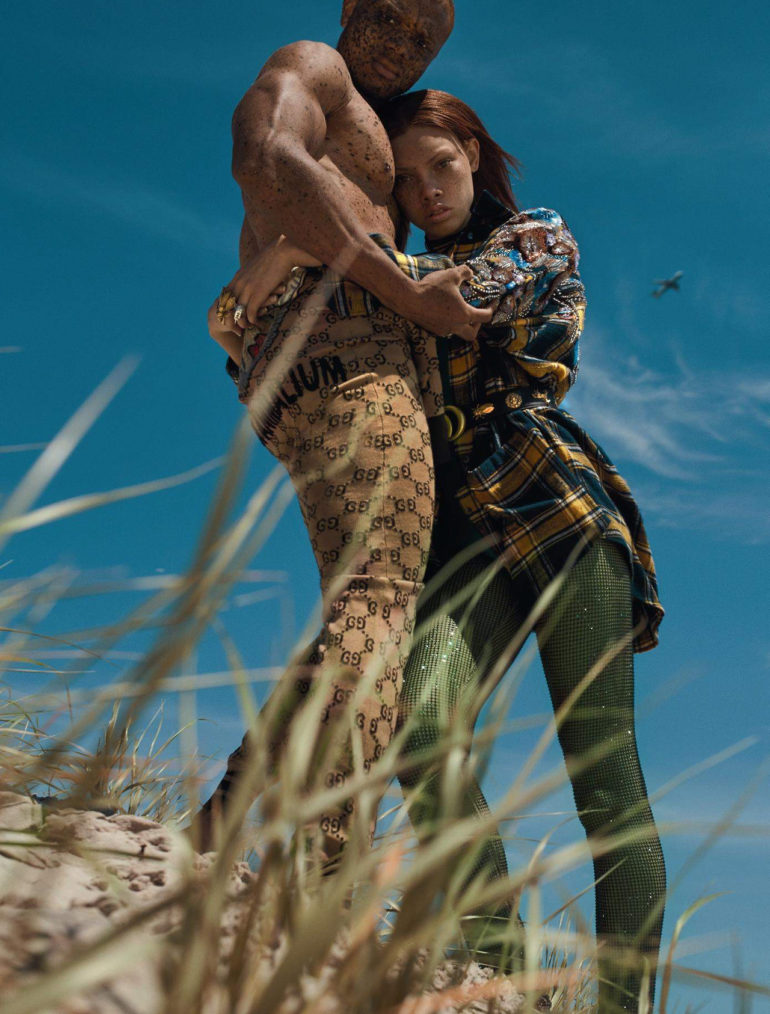 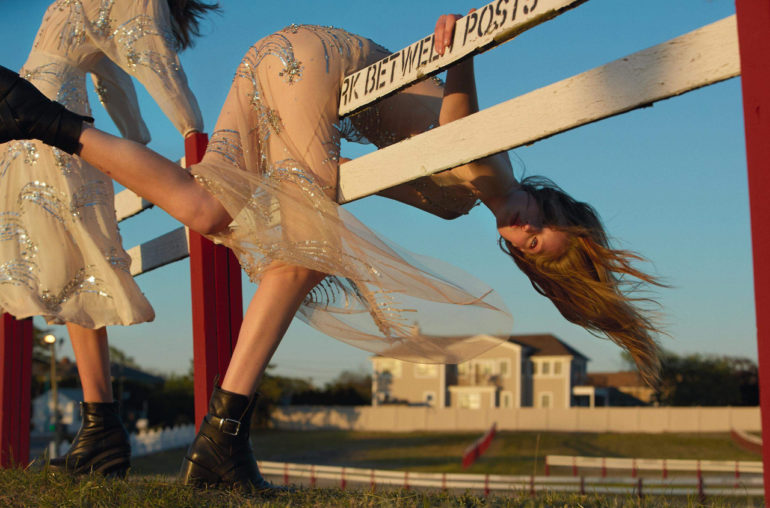