Ajak Deng is Celebrating 15 Years in “This Time We Won’t Ask” shot by Oliver Stalmans for Dansk Magazine, A/W 2017. I am woman hear me… well you know the rest as we watch this glorious female embrace the natural beauty of her being. A powerful look at the art of evolving. Imposing a sense of spirit, some of the images appear to be an abstract version of themselves. To be is to become, as we explore the art of becoming in this place of ever-evolving beauty. Using her long, lean limbs to send a message of strength. Ajak embraces every aspect of her fabulous frame, filling the fabrics like nobody before her. Anna Katsanis brings high fashion to a new level by using a grand variety of avant-garde attire. Anna sets the streets of New York on fire, as each step becomes an explosion of flight. Designs appears dramatic on Deng’s form, as creative poses make the clothes seem more dynamic. Walking with edge, she emotes a sense of spirit, wearing form-fitting leather and thigh-high boots. It’s as if the urban atmosphere has been created just for her. At one with her surroundings, the intensity is electric as each image opens like an invitation into the center of the city.

Allie Smith invites us to explore the exquisite angles that make up her face, with features so exciting it’s no wonder some of the images are makeup free. The deep, blue shade that surrounds her eyes is applied with the hand of a master. Making the look so natural it provides drama by redefining the idea of modern application. The intention is to induce a reaction, while still evoking a sense of calm. Upon close examination we see the hues are clean with hints of subtle highlighting. Stalmans has some fun with trick photography, creating shots that make us look twice. In one the forehead is falling into itself, while in another the face triples in a kind of dizzying effect. This editorial invites us to reimagine. Red revs up the mouth with lips that give a cherry kiss, while a large, brimmed hat with black & white lines are mimicked in an orbital looping effect. Silver surrounds her lids making circles that create an illusion of faux glasses. Standing on a basketball court Deng shows us her stuff, wearing a futuristic outfit with a 70’s edge. Lizzie Arneson tops things off with a platinum blonde wig that speaks to the eras flair. The fire of this female is felt, allowing the poetry of this piece to speak to the power of potential. Ending the story right she stands in all her glory wearing nothing but her beauty. 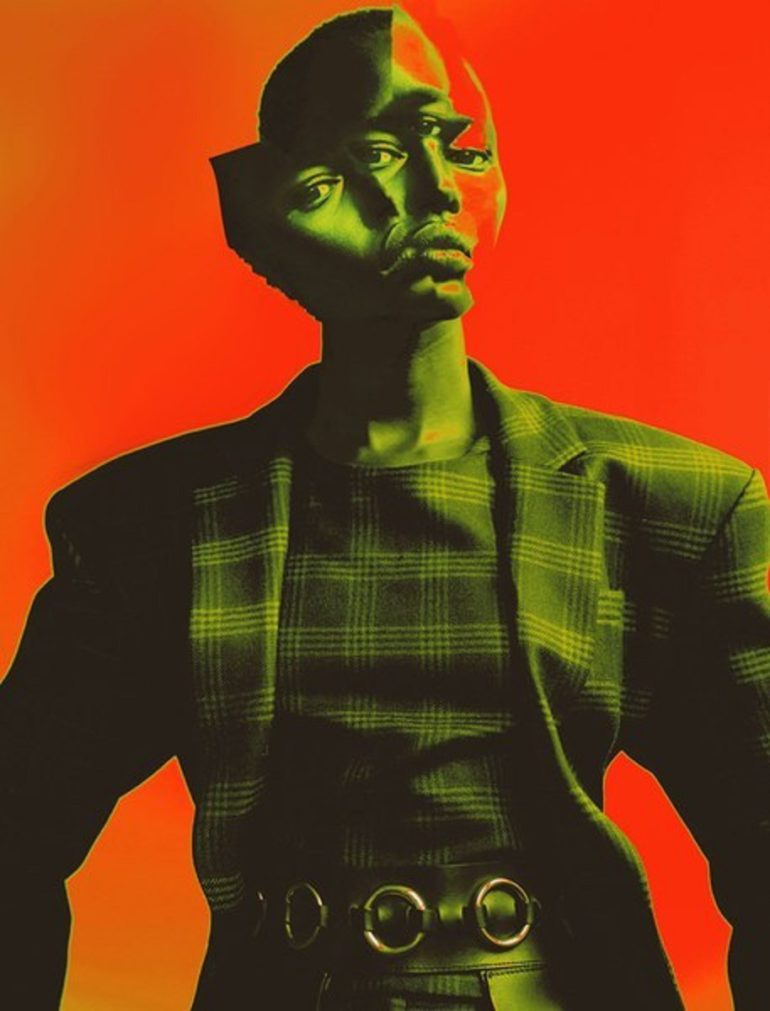 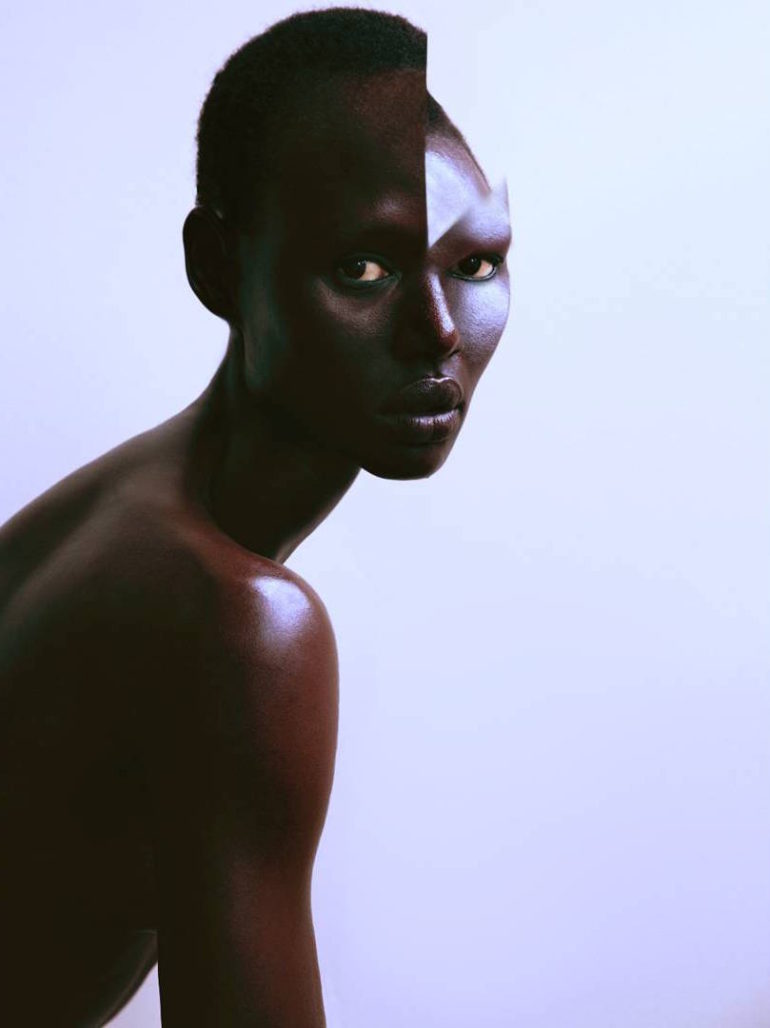 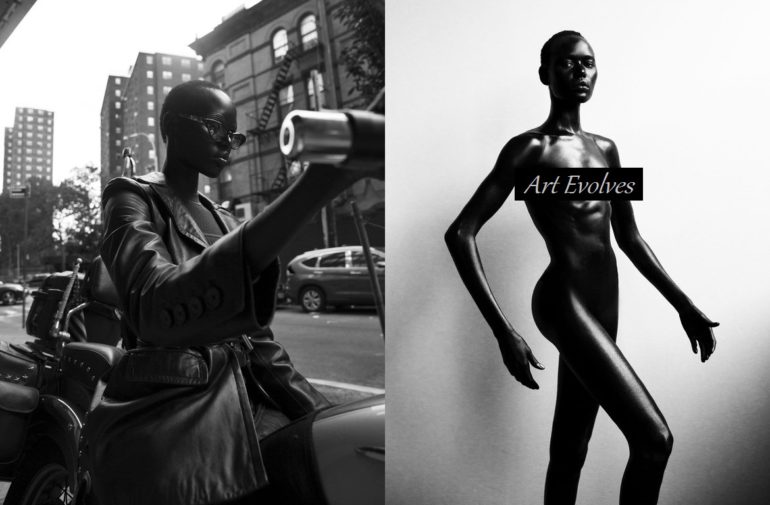 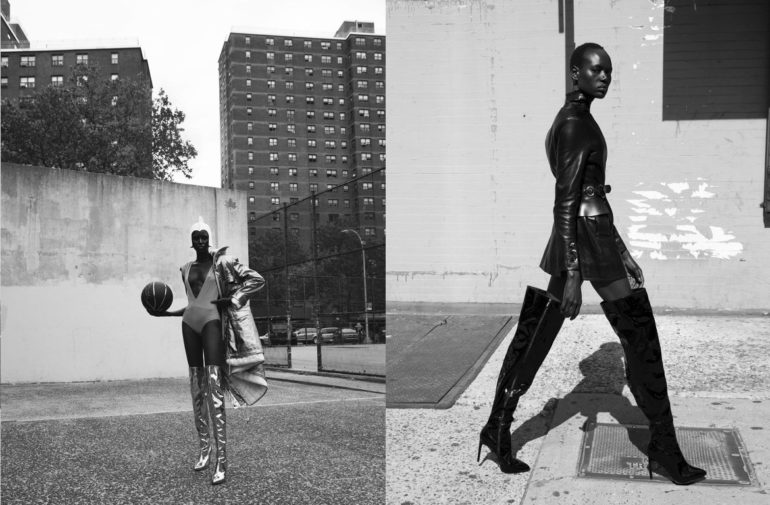 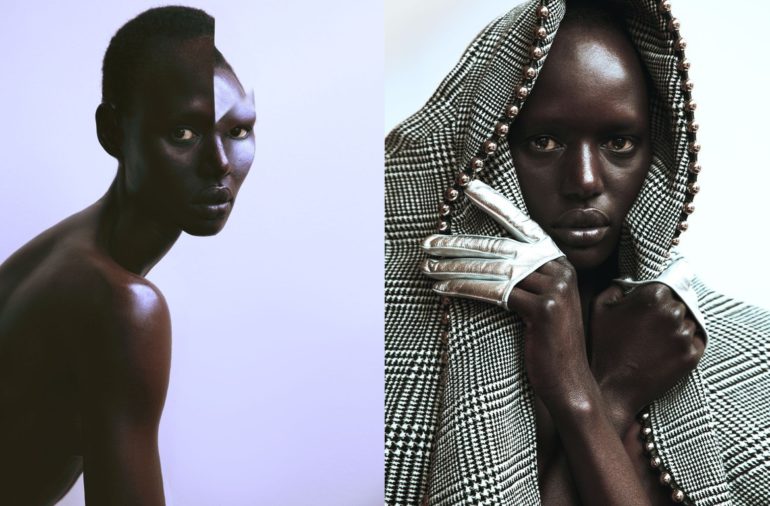 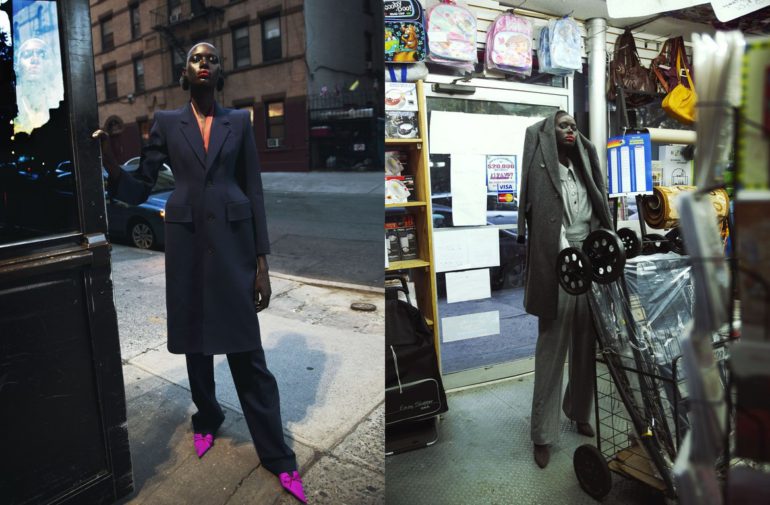 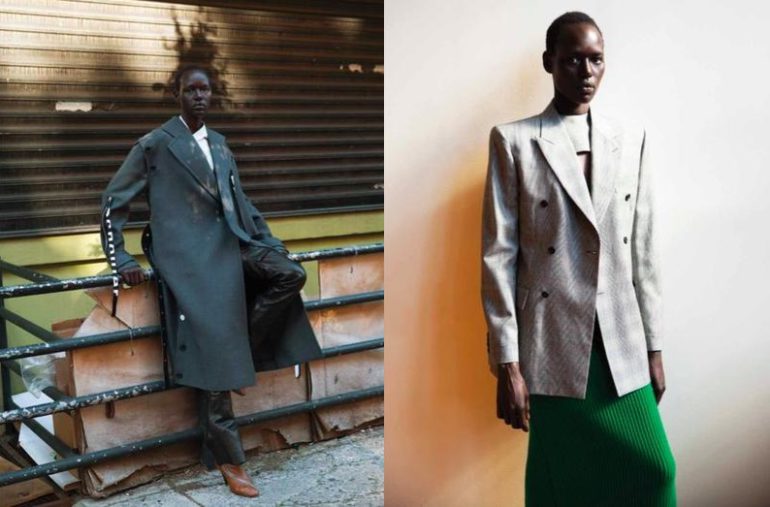 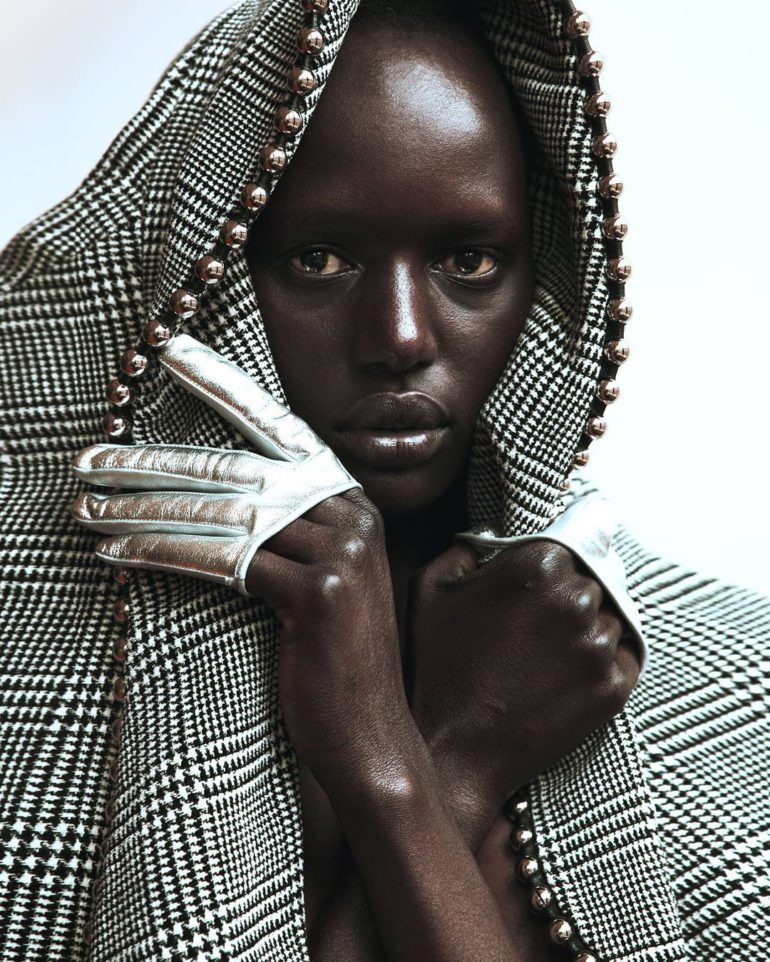 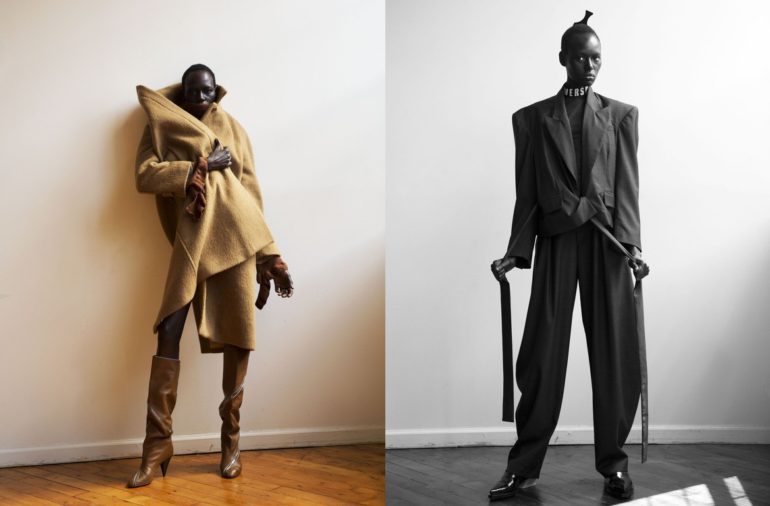 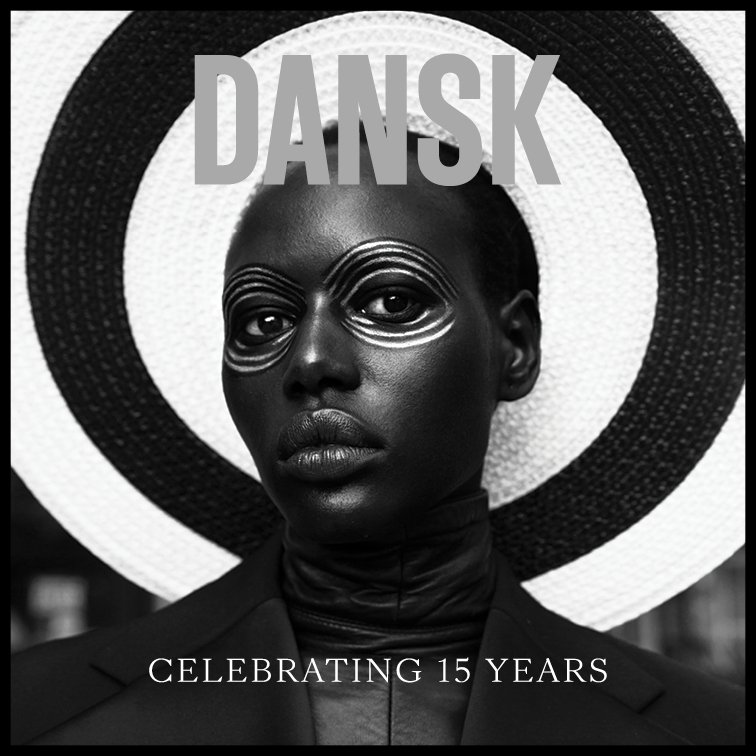