Angela Lindvall steps forth to accept a Challenge in “Desafio Total” by Greg Kadel for Harper’s Bazaar Spain, October 2017. Mystical maneuverings are founded in the whimsy of a wish, as couture comes with a challenge and Angela is ready to reply. Images are set apart by their unique form, yet oddly connected by their unifying theme. This exquisite editorial celebrates the art of independence, while calling on the collective spirit of style. A mix of extreme compliment rather than compete, as designs seem disconnected but are strangely in line. Beatriz Moreno de la Cova uses a variety of styles to tell a story, giving us the vision of Veritas. Her body curves toward the sky as she reaches up like a princess on high. Donning a full face cover, her red lips bleed through the lace as her blue eyes melt the metallic. Having some fun with fashion she stands… Alone With All These Strangers… as she loses the momentum of a previous life speeding the cinema into blurs of white light.

Beatriz Moreno de la Cova brings forth a blend of uncommon elements so they can find a way to fuse. Opposites attract, as Lindvall pulls her hoodie down over her eyes as we begin to see similarities rise. Diverse designs can lead to a dynamic line-up, as what appears on the surface as contrary moves toward more common couture. Pictures present innocence in the form of play, from an orange raincoat to a Chanel day-suit topped with a quilted cover. A sweater set is marked with a floral motif, enticing us with innocence. Pearls then wrap around her hair, attaching to an eye patch in the form of a lion-head adornment. A change of outfit projects a new decor, as each look takes us down a new path. Angela goes for showstopping, with a sassy dew done with a polka-dot headband. Gorgeous gloves make a statement, using them to cover her ears, the leather continues dramatically up her arms. An evolution on interdependence has arrived, as the connection is chaotic but the relationship is in tact.

Colors are cast across the skin as a festival of modernity deigns to begin. Valery Gherman starts the skin-show with a spectacle of eye styles unlike we’ve seen this season. Darkness celebrates the sultry side, while allowing every angle to signify a shadowed affair. Leather straps done in primary tones are topped with music notes, all designed with a crisscross effect. Eclectic cosmetics open every page as each image compliments the last. Blue shadow blasts over Lindvall’s lids, as beauty is expressed in the wonder of whimsy. Matching in perfect harmony, her sweater has the same shade with a hoodie swept over her head. The 60’s are revisited, as Valery captures the tone of the times with faux, lower lashes drawn directly on the skin. Wearing a lace top with accouterments, in the way of scaled edges framing her waist like a peter pan collar worn as a belt. Teddy Charles fixes her up with a Pixi dew gone dangerous – showing us that to take a bite outta’ life is to embrace the Taste. 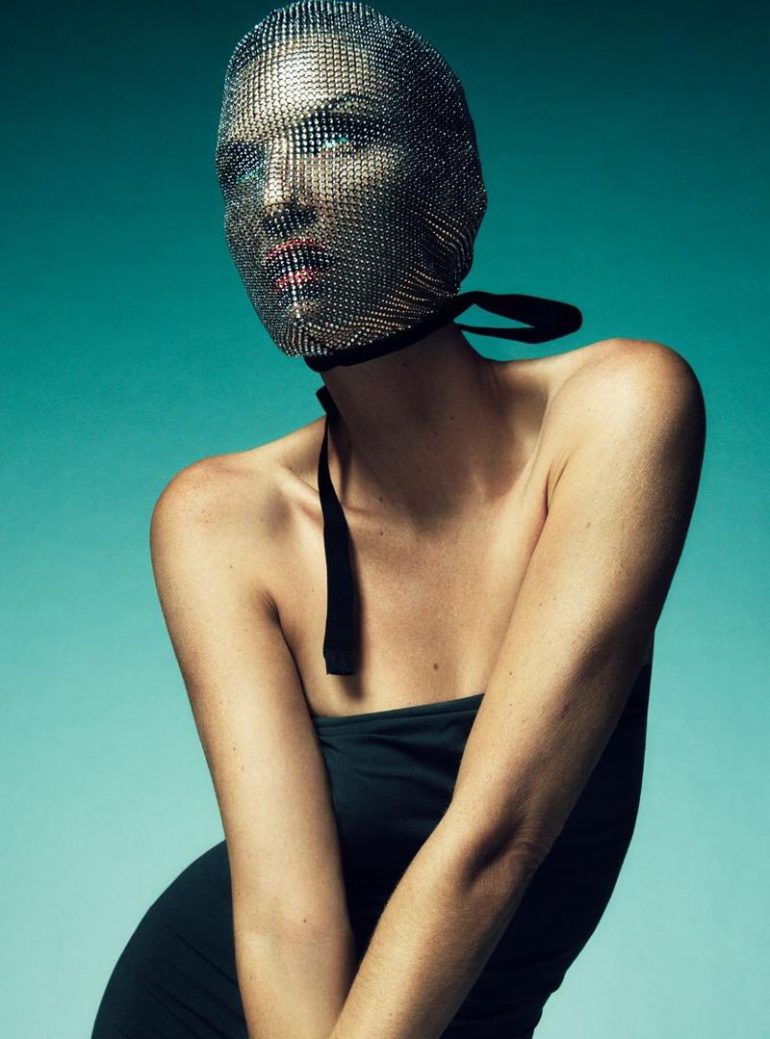 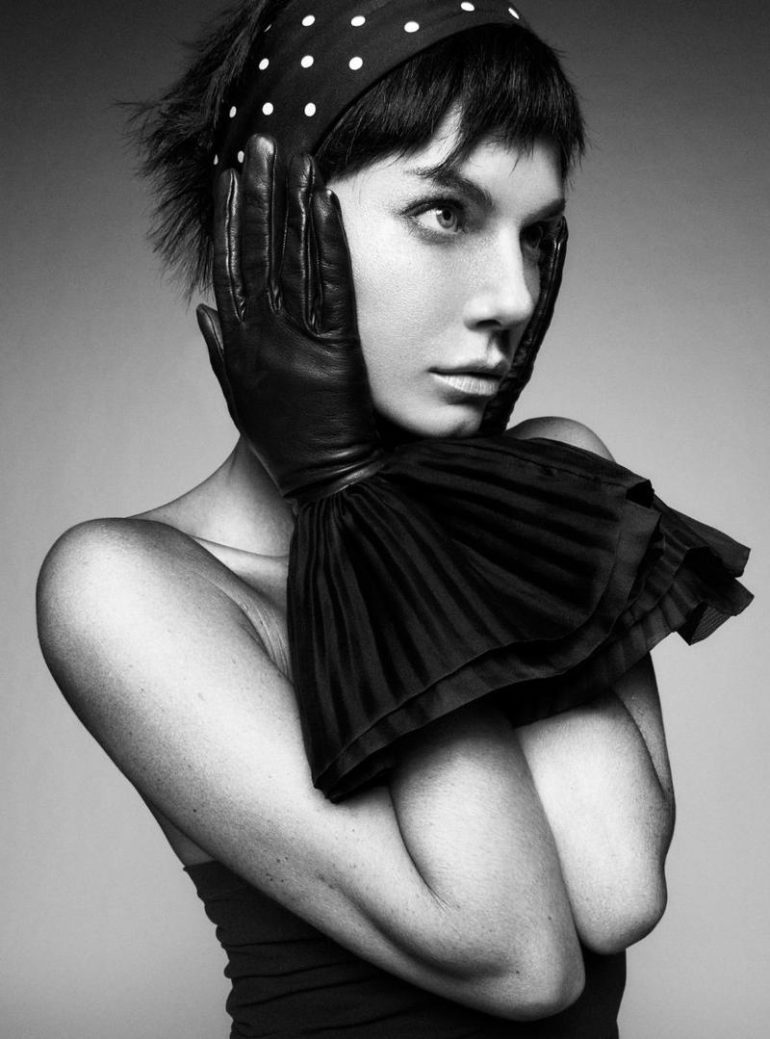 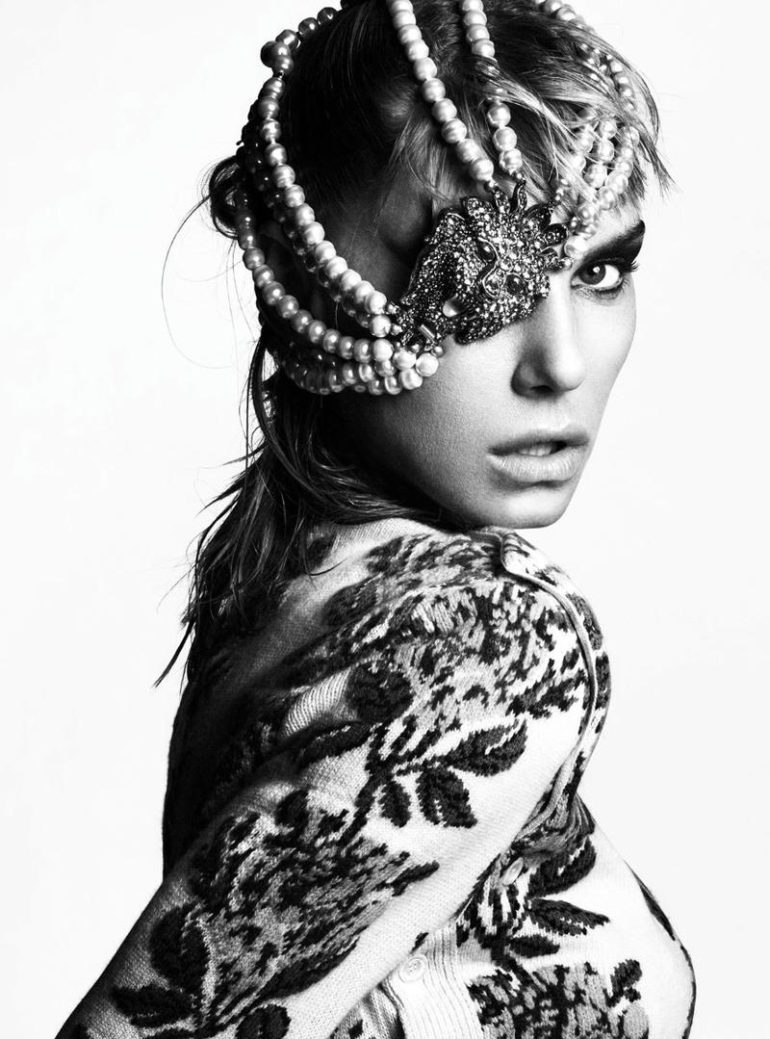 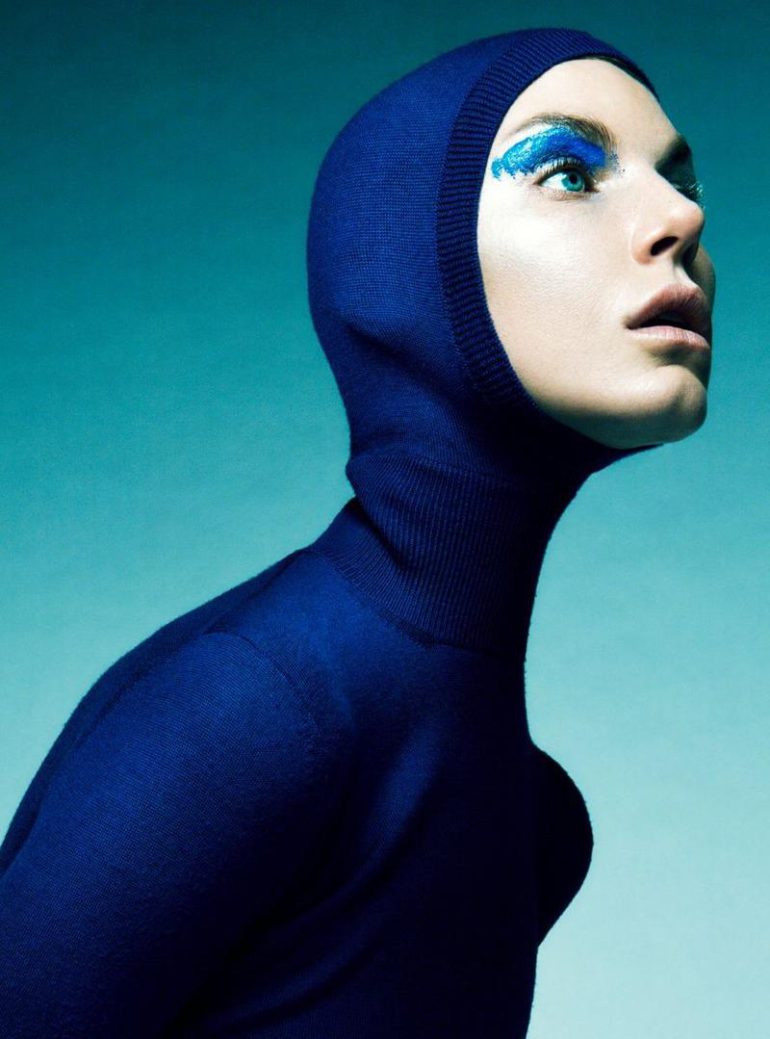 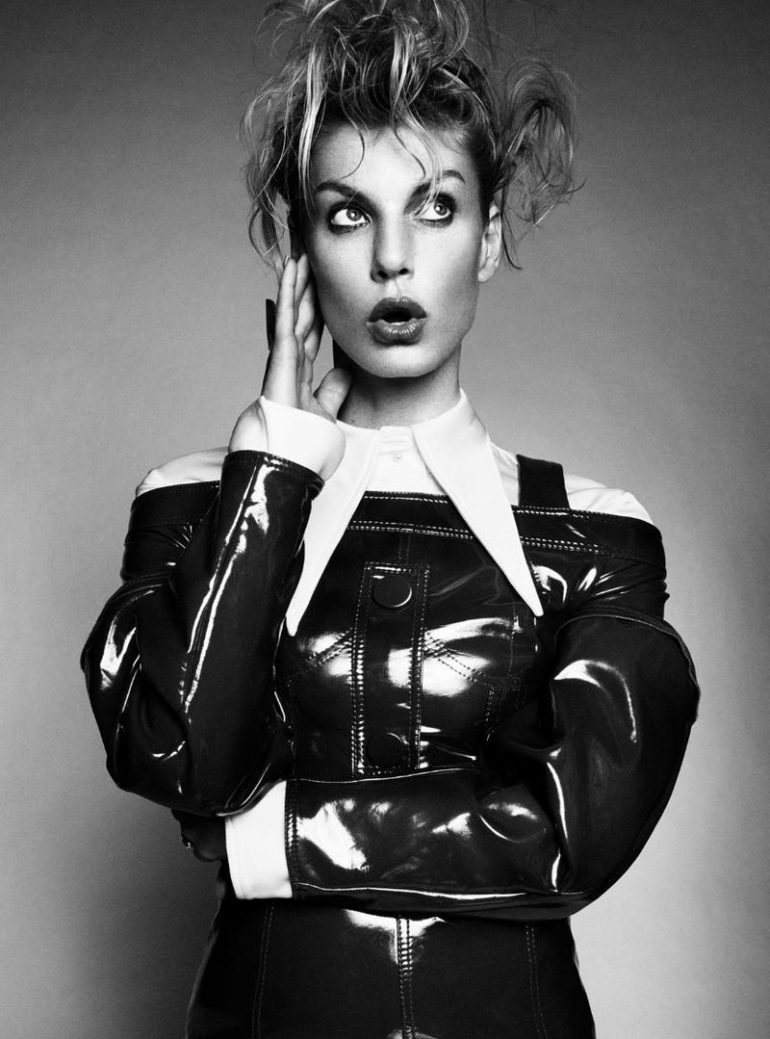 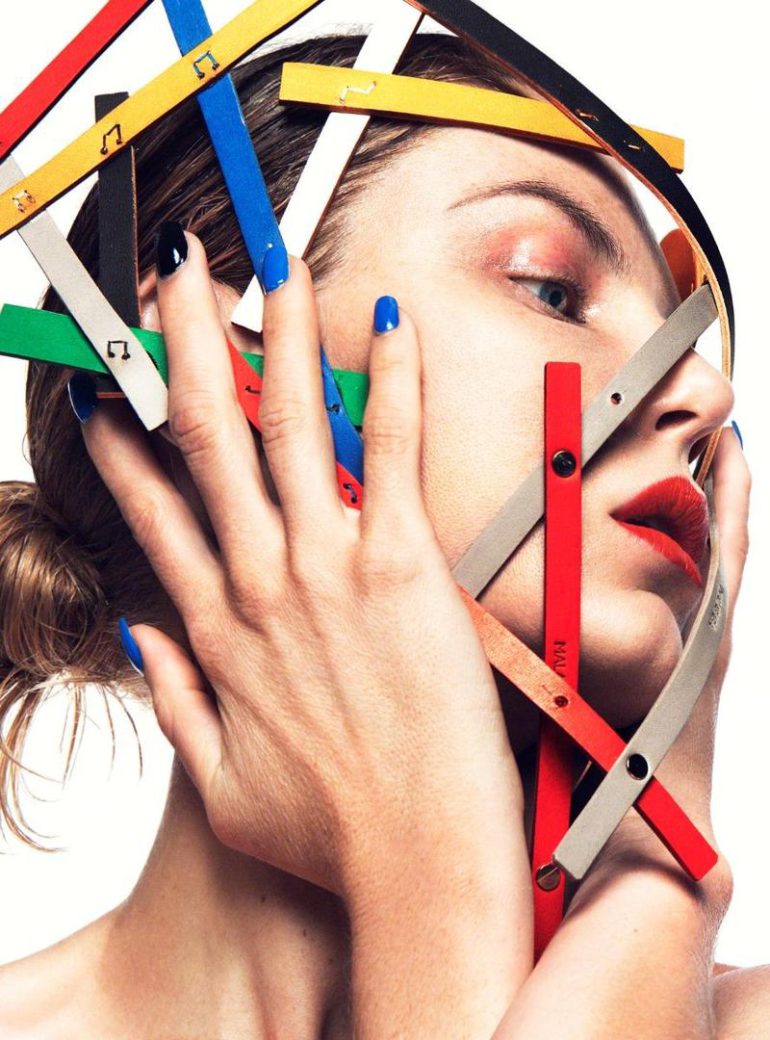 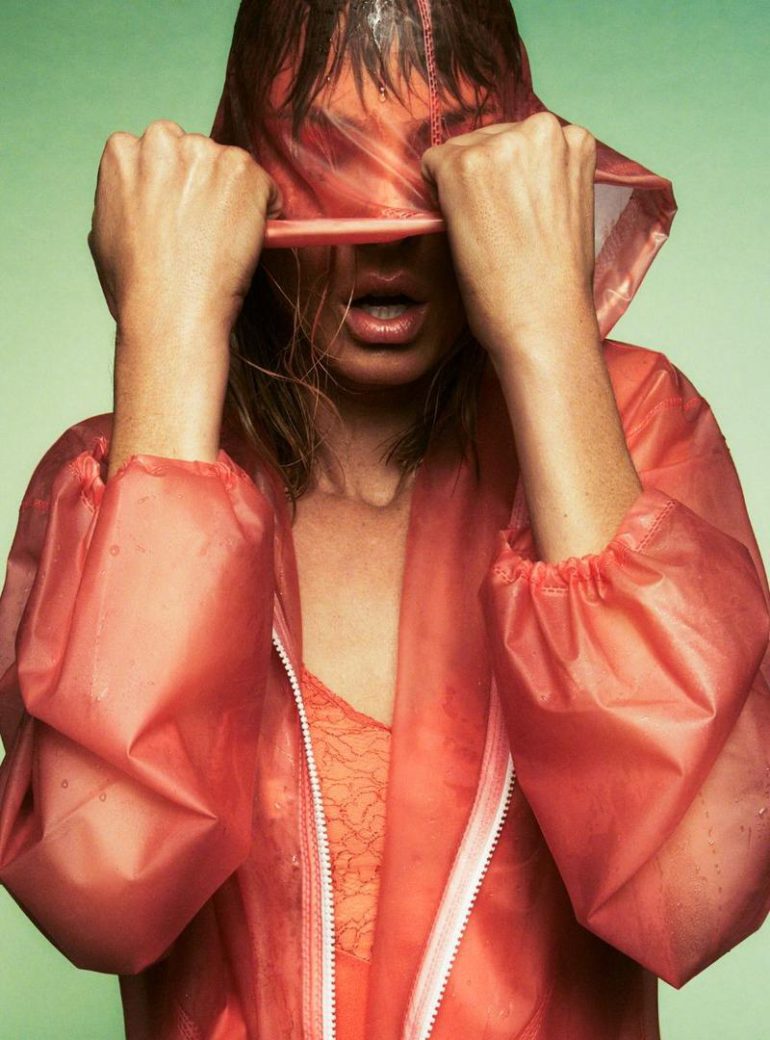 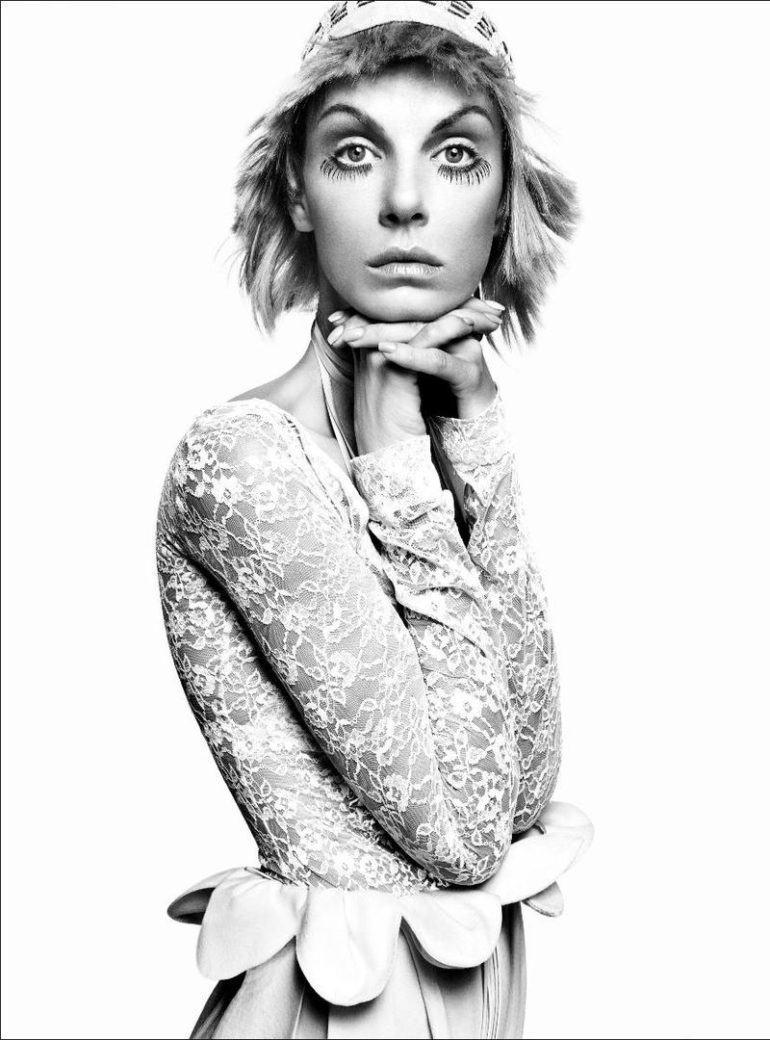 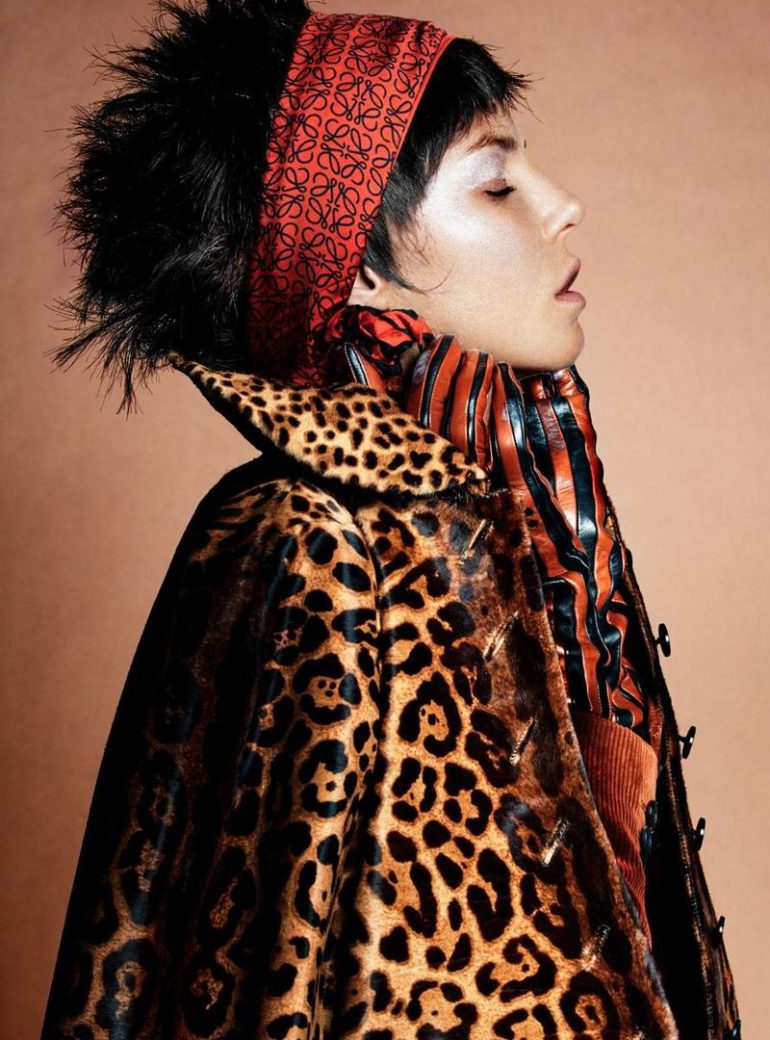 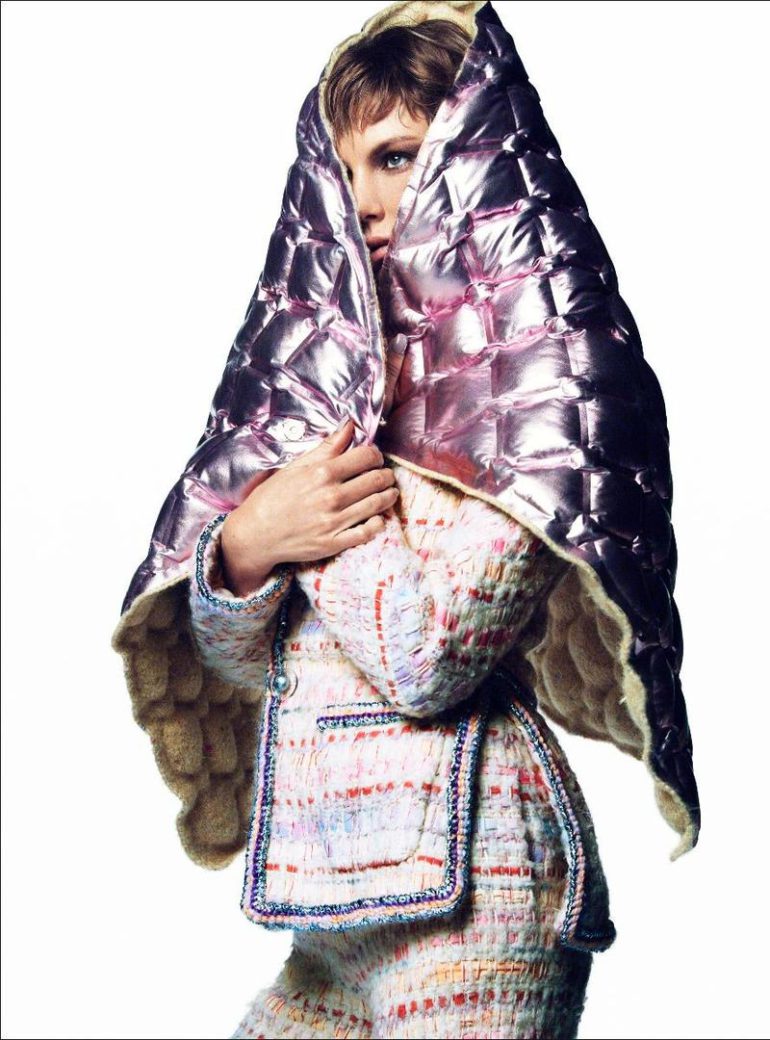 Keepin’ it “Street” with Angela Lindvall in LA. for Elle France