Rianne Van Rompaey goes a ‘la MODE À VENISE in the “Venetian Fantasy” by Inez & Vinoodh for Vogue Paris, November 2017. The culture of Venetian inhabitants are played out in the characteristics of the city. This “Floating City” or “City of Canals” as it’s known, is as spirited as it is secretive. Alive with a kind a vibe that allows it to transcend the many pitfalls of modern society, today’s timeline is driven by a score to ignore. That’s to say, it doesn’t just devalue the content of history, it attempts to alter our grandest traditions. Many people live under the falsehood of pretension. This allows one to change their current standing, by simply portending to a more prestigious position. Each piece of architectural landscape is like a moving canvas. The Grand Canal (Canal Grande) was anciently referred to as the Canalasso, a Venetian waterway in Venice, Italy. Streets are made of stone as brick climbs up the corridors. Like a picture postcard each turn takes us down a pathway of perfection.

Aleksandra Woroniecka marries the music of the city with the beauty of the street. Styles come alive as each piece is part of the Venice picture. Floral motifs look fresh enough to pick as petals appear to fall from the cloth. Fashion fits in with perfect form, as a variety of silk dresses devour the scenery. Wearing a pair of blue boots, she lifts her see-thru skirt so we can see the outline of her fabulous form. Provocatively posed she wears a sheer black dress, as she hold her hands in a heart shape over her feminine parts. Her palate gives her an appetite for the alluring, as her sophisticated taste makes her hungry for haute couture. These winged arms move at one with the body, as she wears clothing like costumes in a one-act play. Standing in front of a picturesque background the poetry becomes clear.

Pretty in pink, Val Garland creates a performance pièce de résistance. Rianne shows some painted skin as she begins this celebration. An honoring of life. Each image is more exquisite than the last, as Garland graces the face with her subtle handiwork. As the first brush stroke lands we feel the heat of Garland’s hands. An artist in her element. She hits the lid with a vivid pink, and then continues to paint on a pathway around the eyes and over the cheeks. The look is exquisite, making the orbital surround anything but passive. A buoyant, blue line strikes the lids, while magenta moves with purpose through the brows. A provocative look that leaves us breathless. Lips lead with a color that doesn’t clash with the background, instead it blends with the cultural beauty. Like a cherry on top, the succulent shades seem to enhance the visual experience.

Malcolm Edwards enhances each image with the addition of cascading curls. Each strand stands for something unique, as her buoyant hair makes it’s way down with endless determination. While these pictures are suppose to portray a young girl out in the world without a care to convey. The truth maybe something closer to conviction. Standing with her hands on hips, Rianne follows a bird as it flies down a pathway of the unknown. A dramatic divide combines Venice to small islands that are connected by bridges and canals. Triumphant in spirit, she dances through the floating city as her body moves in fluid form. Sitting in a dream she devours the scene as all things go silent in the moments between. 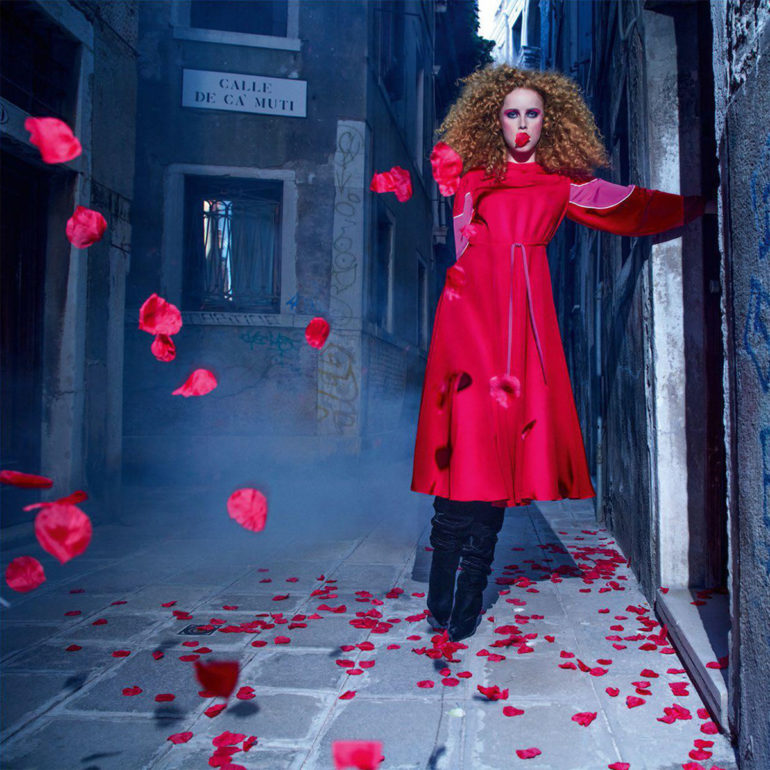 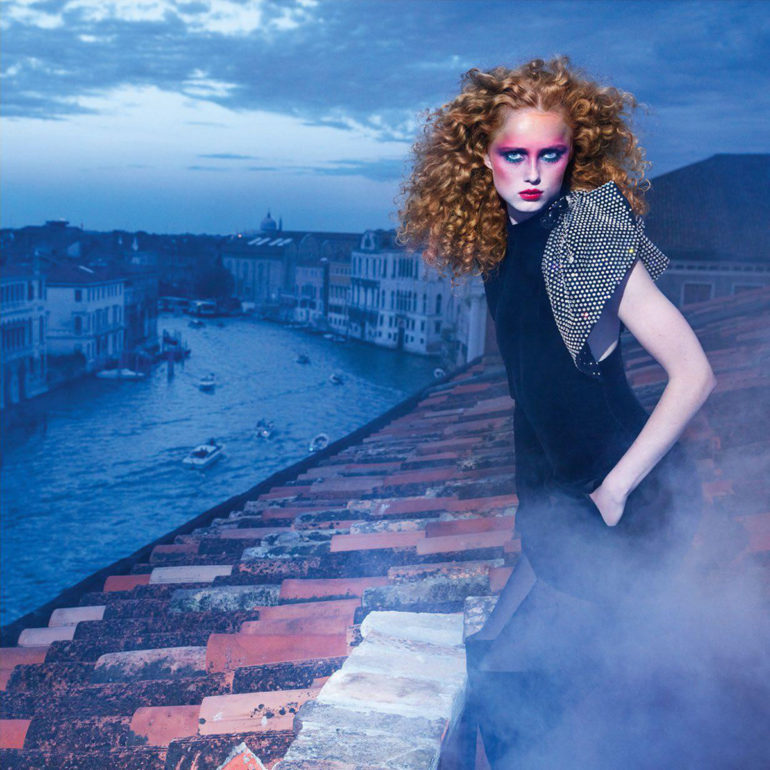 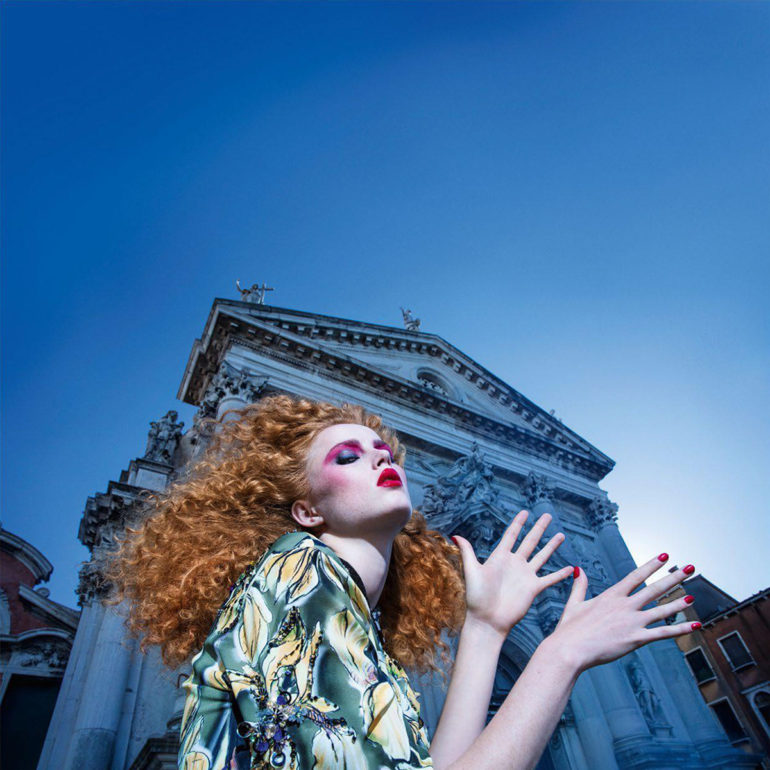 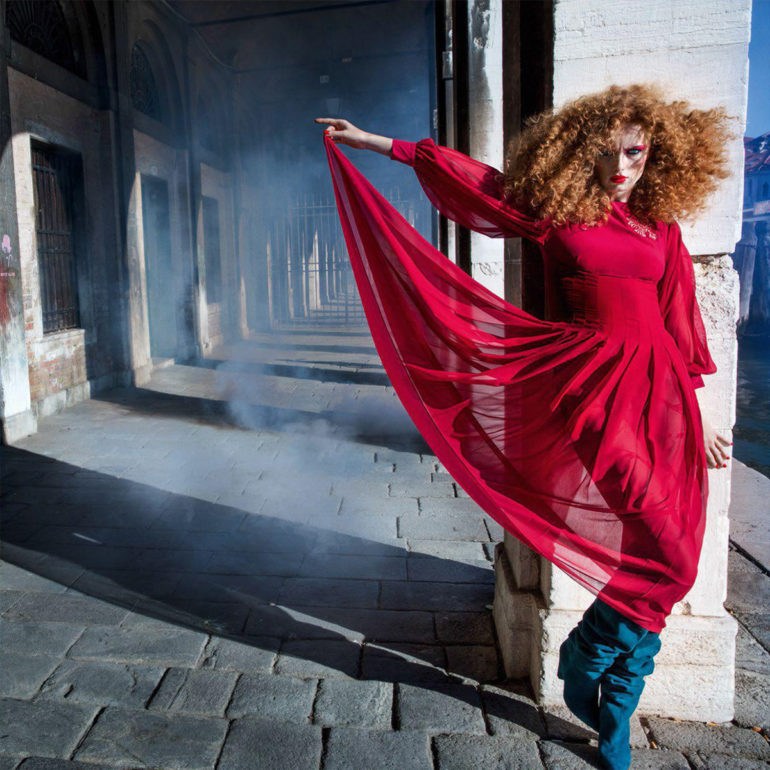 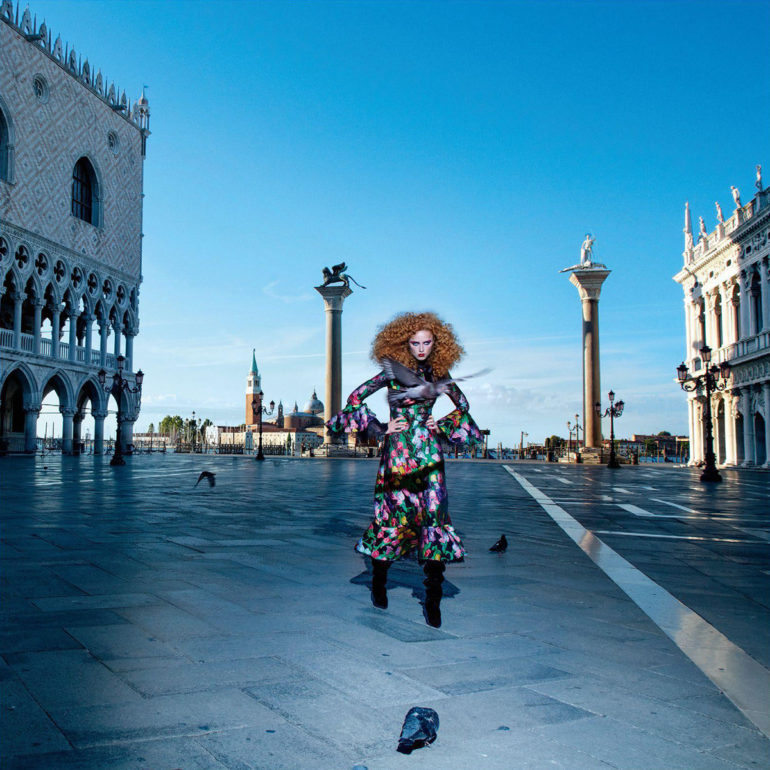 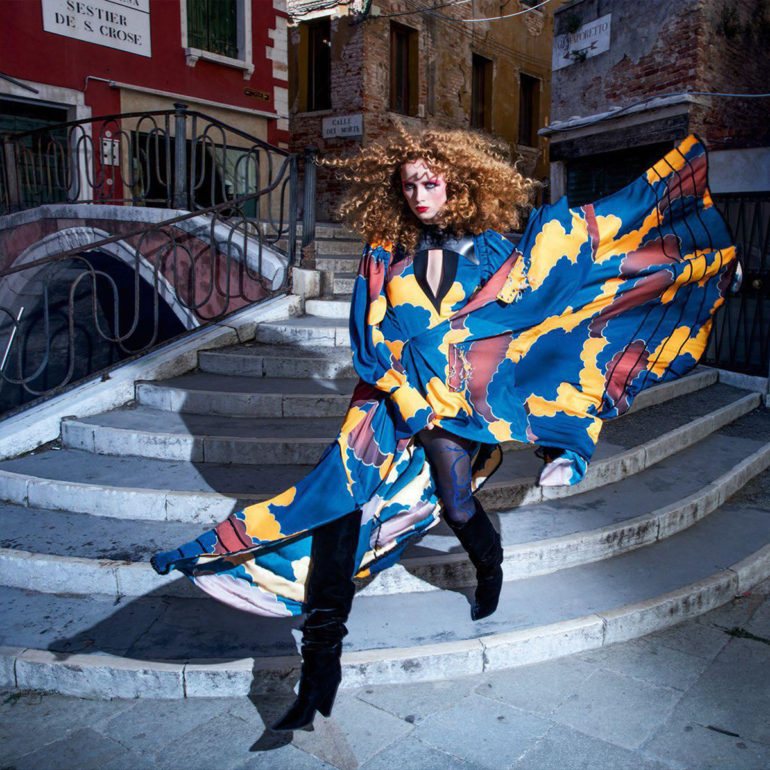 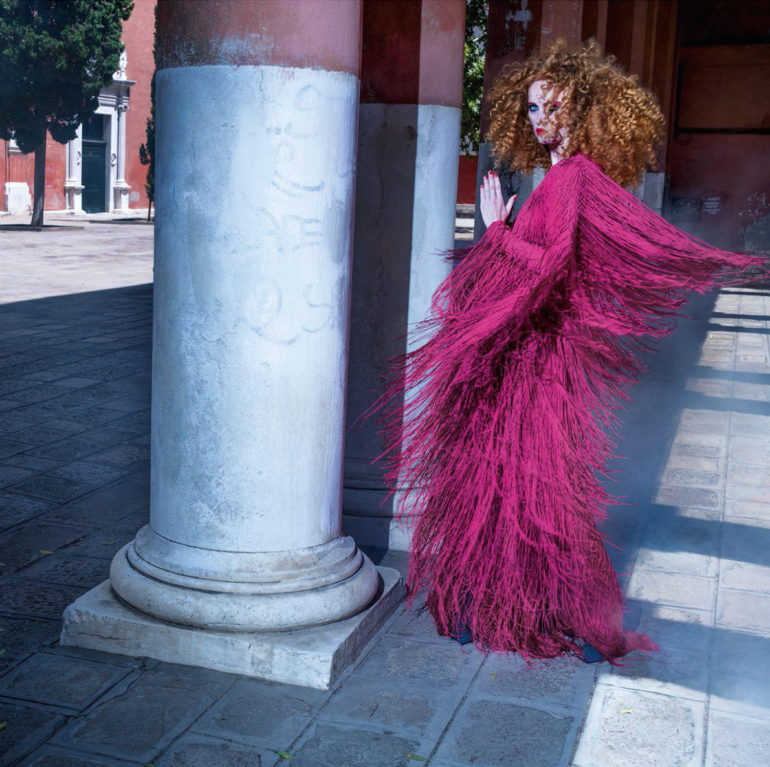 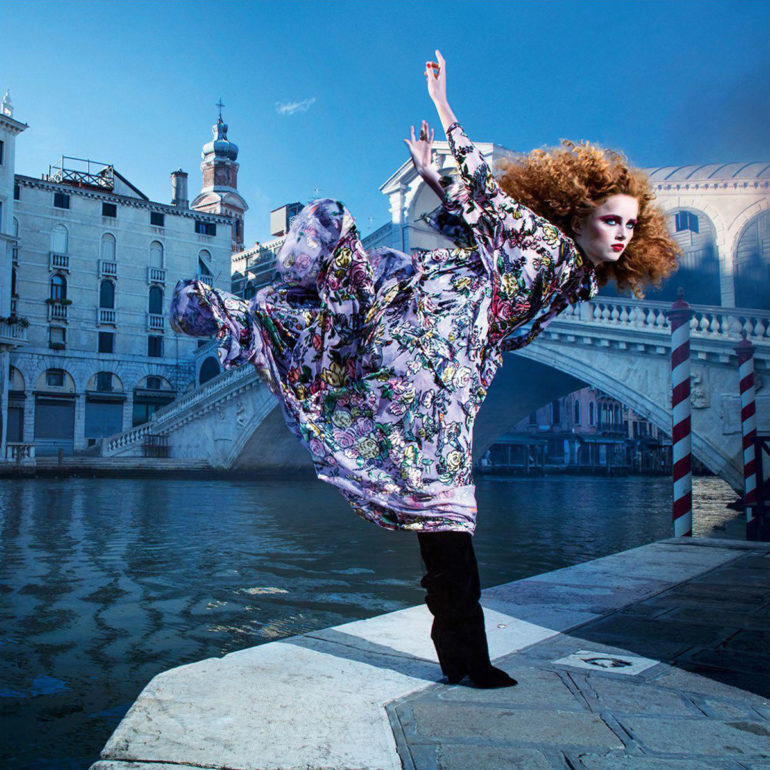 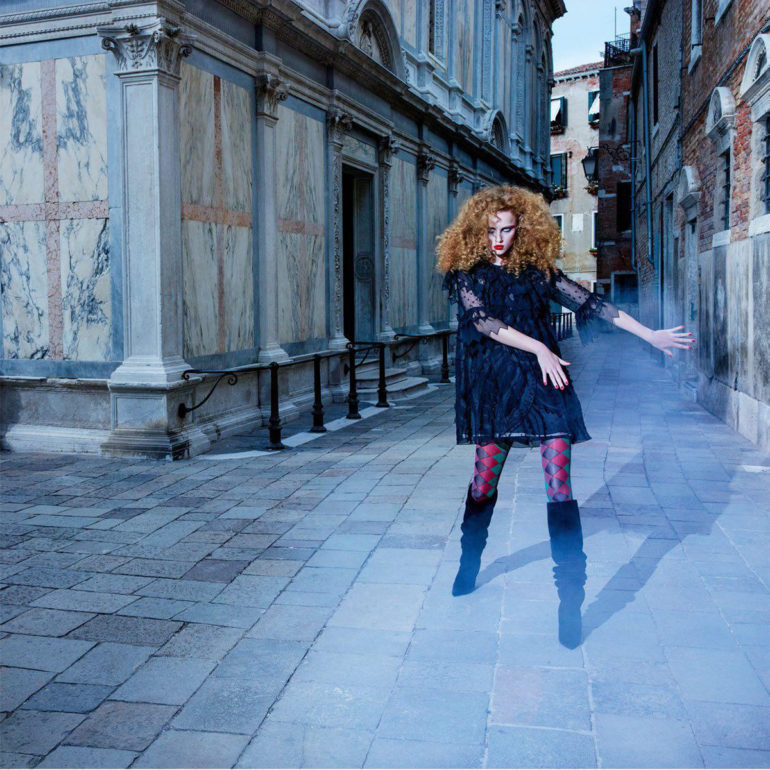 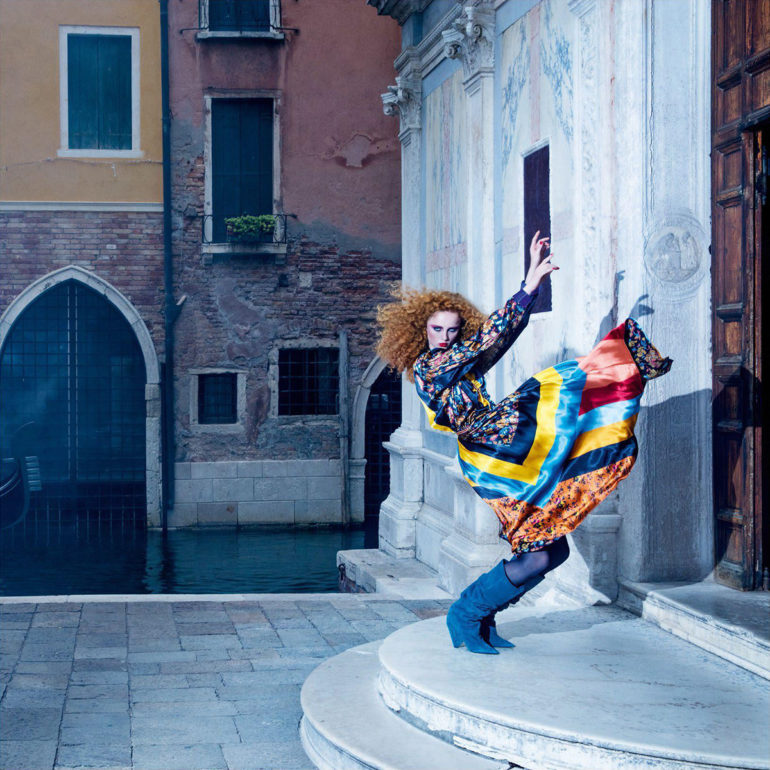 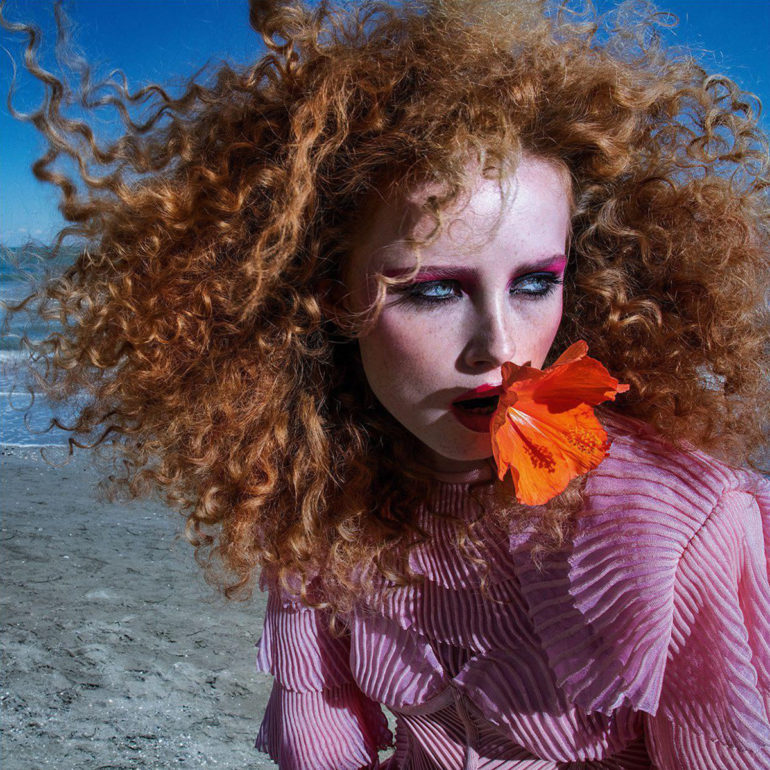 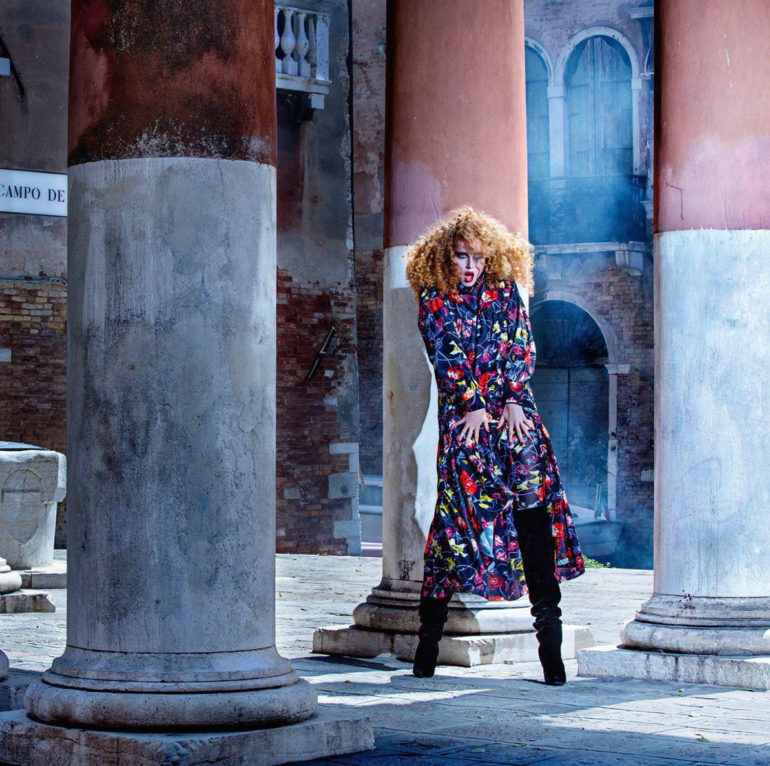 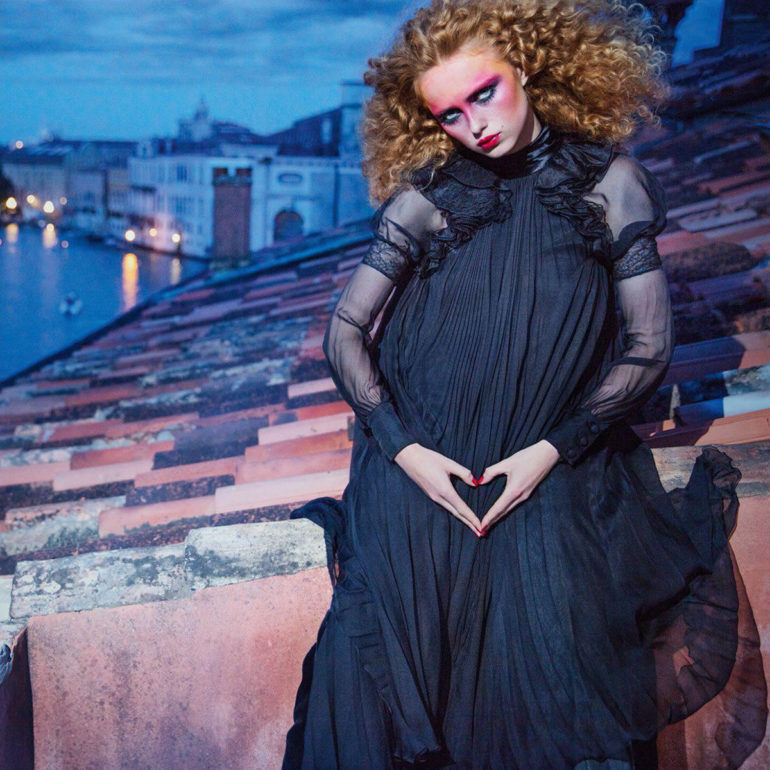 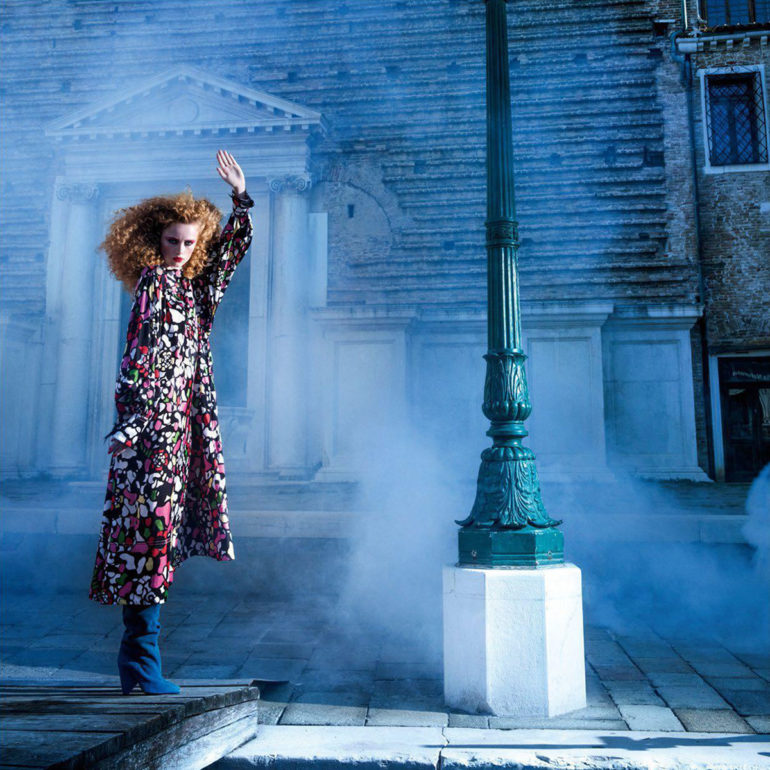 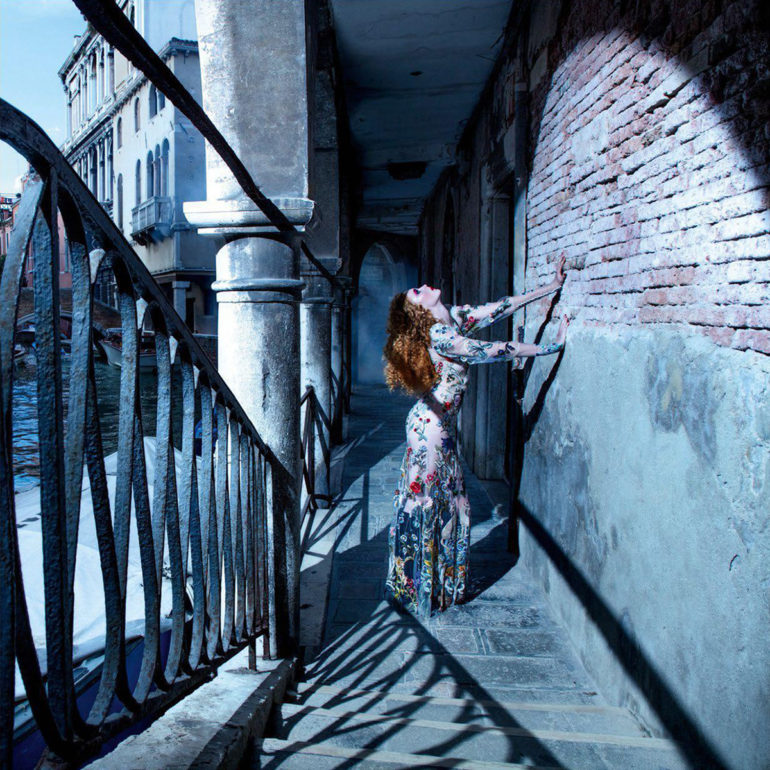 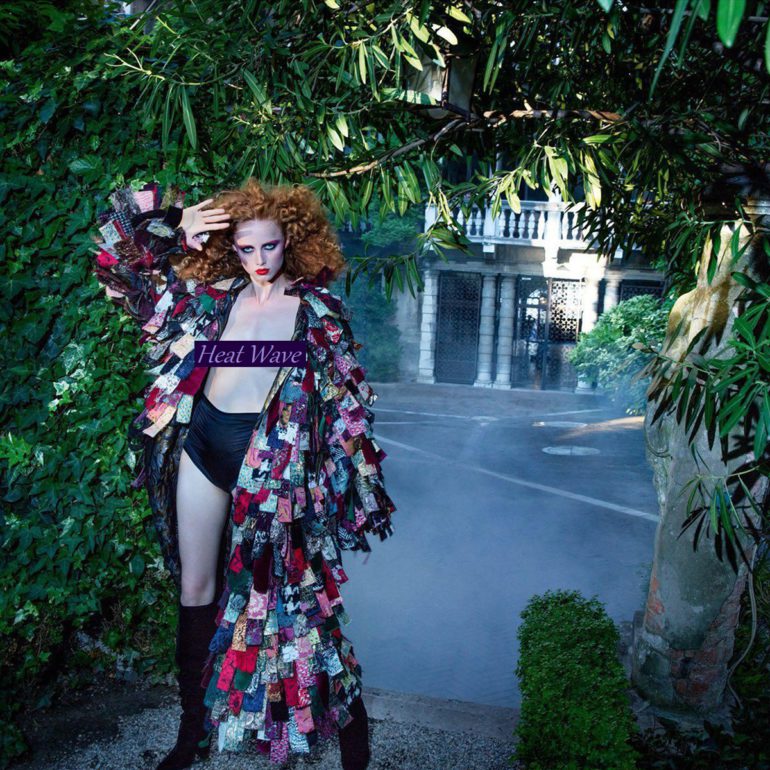 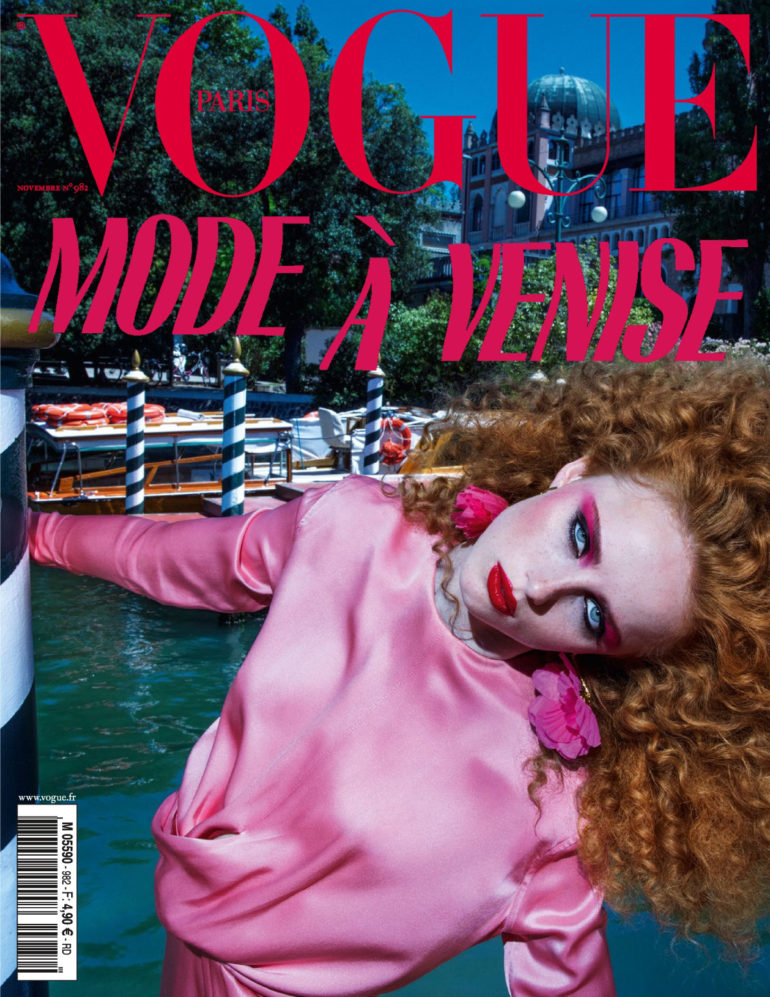