Ine Neefs invites us to ride through the light by Sølve Sundsbø for Numéro #189, December/January 2017/18. Travelling at the speed of light we feel the zeal as the intensity starts to rise. In through the out door up through the down, over the top around and around. In the majesty of mythic lands there lives another world, where all of life’s mysteries are waiting to be heard. As the end of the year comes ever closer still, we find that we are blinded by the light. The body beautiful is banded by a mix of art and excess. Making beauty the bridge by which we pass, as we travel into the land of the unknown. A glistening mix of scintillating splendor comes to bare, as Val Garland marks the end of this year with a blast of brilliance. Giving rise to the Big Bang Theory, this story embraces the brilliance of being. Each shot is utterly unique yet oddly complimentary, in a masterful mix of modernity and makeup.

A line of live light follows the curves of her body, mimicking the shape as it drives up/over her head. Sparks fly off the sides highlighting silver shadow over her right eye. When we look close we see that many of these images favor one side of the face. Sitting quiet in poetic darkness, Neef’s face comes slowly into the light, as a brilliant blue shadow cover her entire lid. The look is intoxicating. Moving in what feels like a stunted time/space continuum, we peruse through the pages like we’re stuck in sweet honey. Her lips are done in a shade of muted black, while a star shape surrounds her right eye, as if it fell from on high. Naked makeup signifies balance, as she morphs like a creature from another planet. Showing us many faces, she passes each page like a celestial shape-shifter. Spinning into infinite, the geometric lines bounce off the backdrop, creating an otherworldly connection. The power of Stellaire comes into view as Kinetic energy bounces from one page to the next.

Light races past the skin in super-sonic sound ~ as it bounces off the face in filmic wonder. Beams of Beauty Shine Bright… while an aura of ethereal energy passes over the outer layer, leaving remnants of vivacity behind. Stamina is captured in the click of a camera, continuing to celebrate the vitality of life. The essence of Ine is artfully felt as we succumb to the sentient spirit of Sundsbø. “Tiny particles mix with light/energy forming what we know as atoms – and then over time they fuse to form stars and galaxies, on their way to become asteroids, comets, planets and black holes.” Honoring Sølve’s grand vision, Irina Marie fuses high fashion with the phenomenal. A unifying creature of the systemic flow. In the realm of mythic wonder, one contemplates our place in the universe. Open your mind to the mystic amalgamation of the imagination ~ and there she will stand free ~ as a sister to herself. We need not know where she will go… we only long to follow the ebb of her flow. 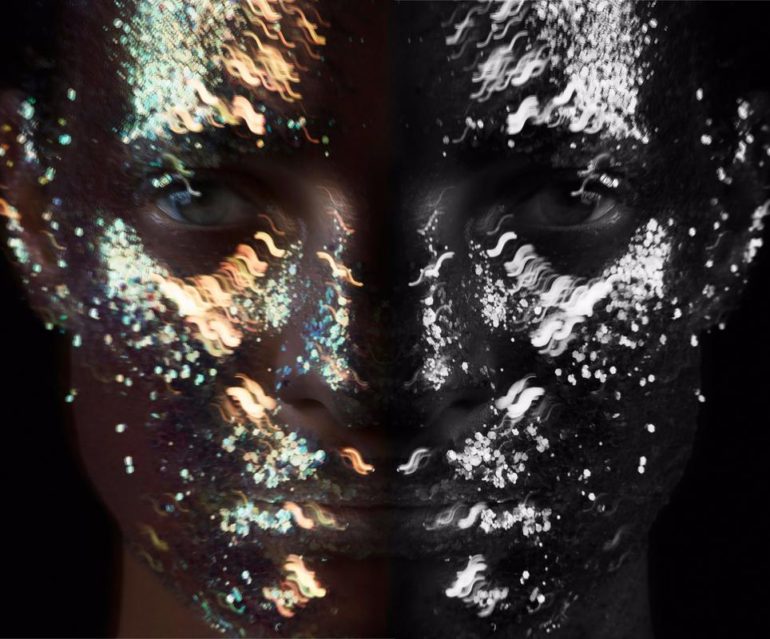 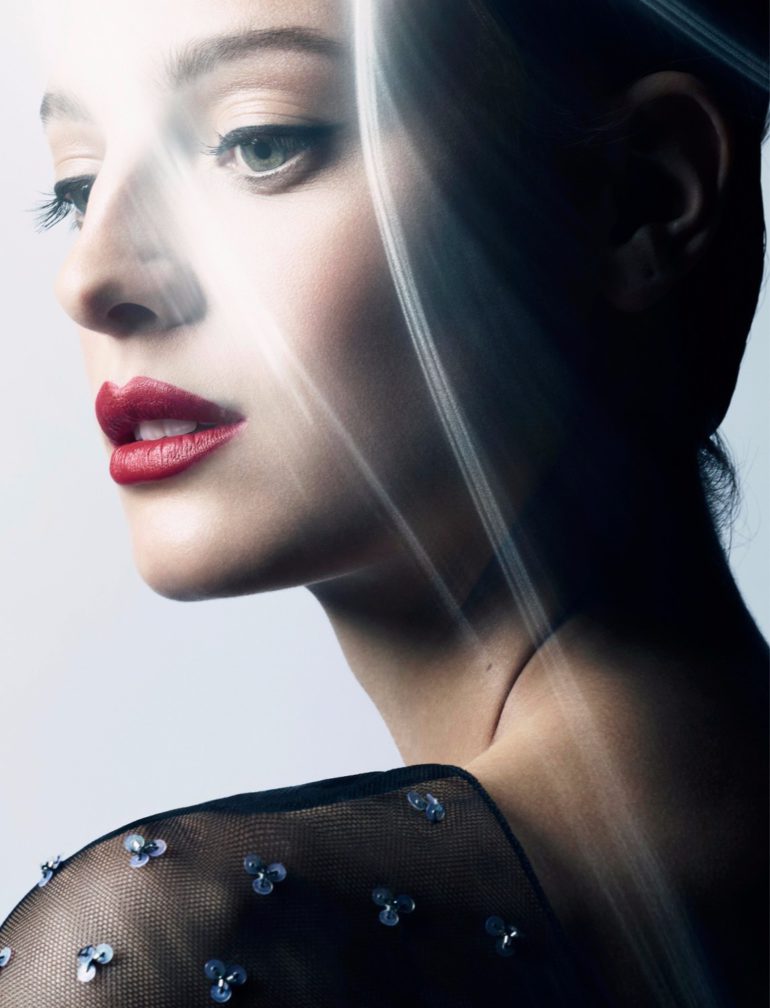 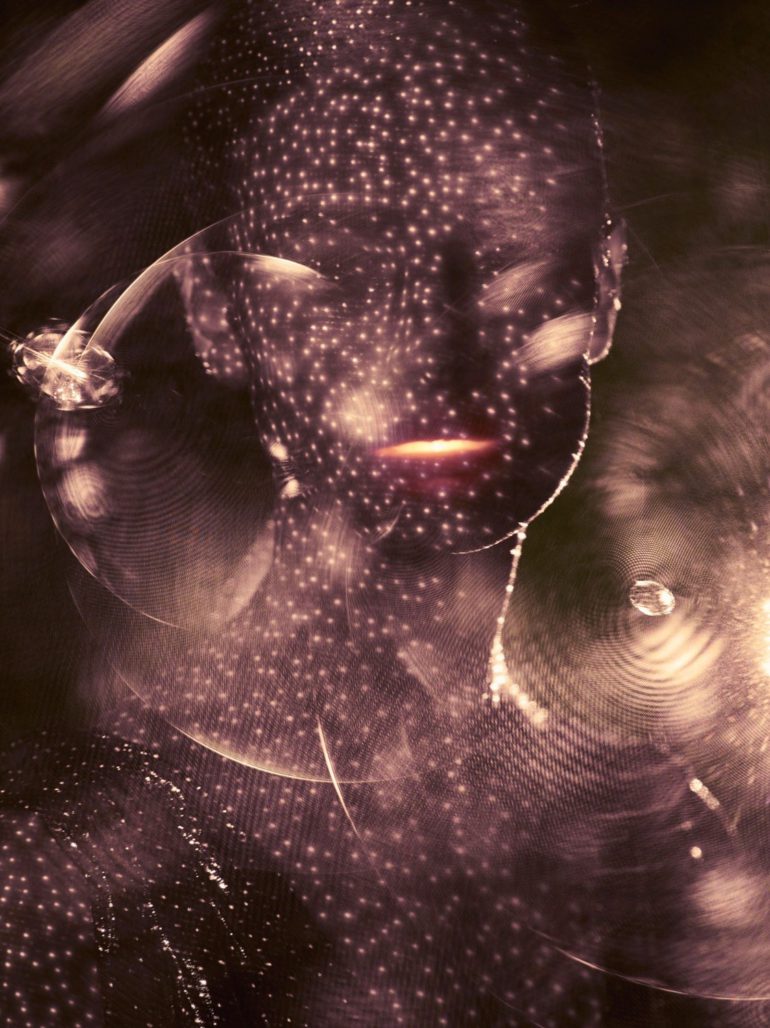 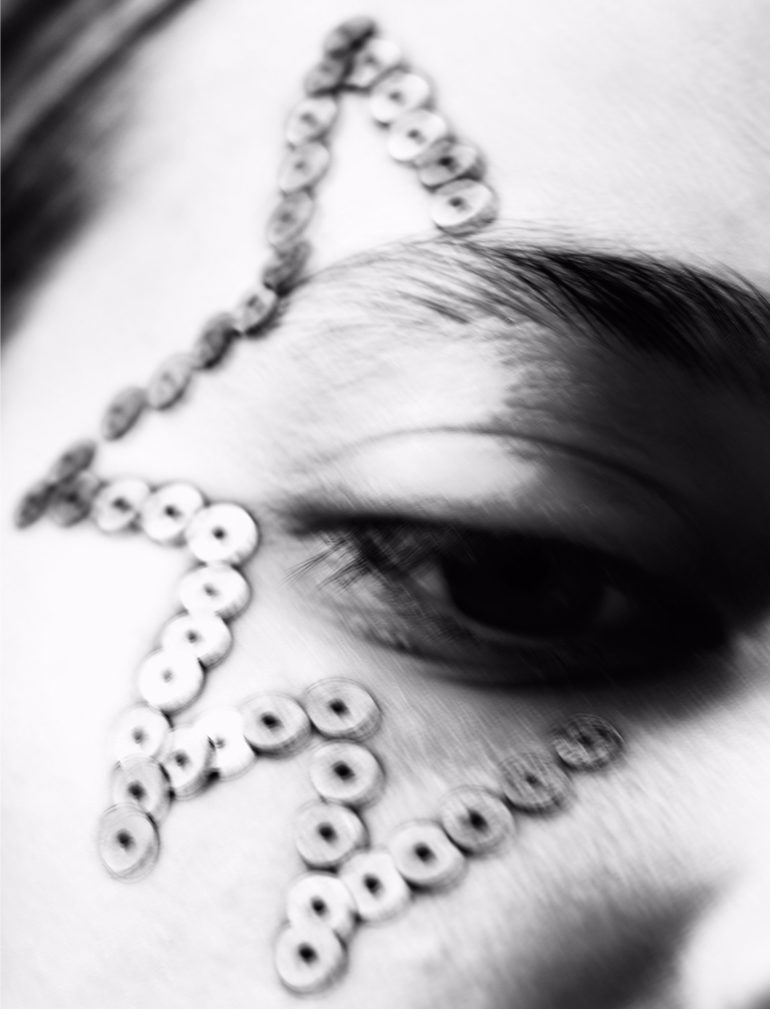 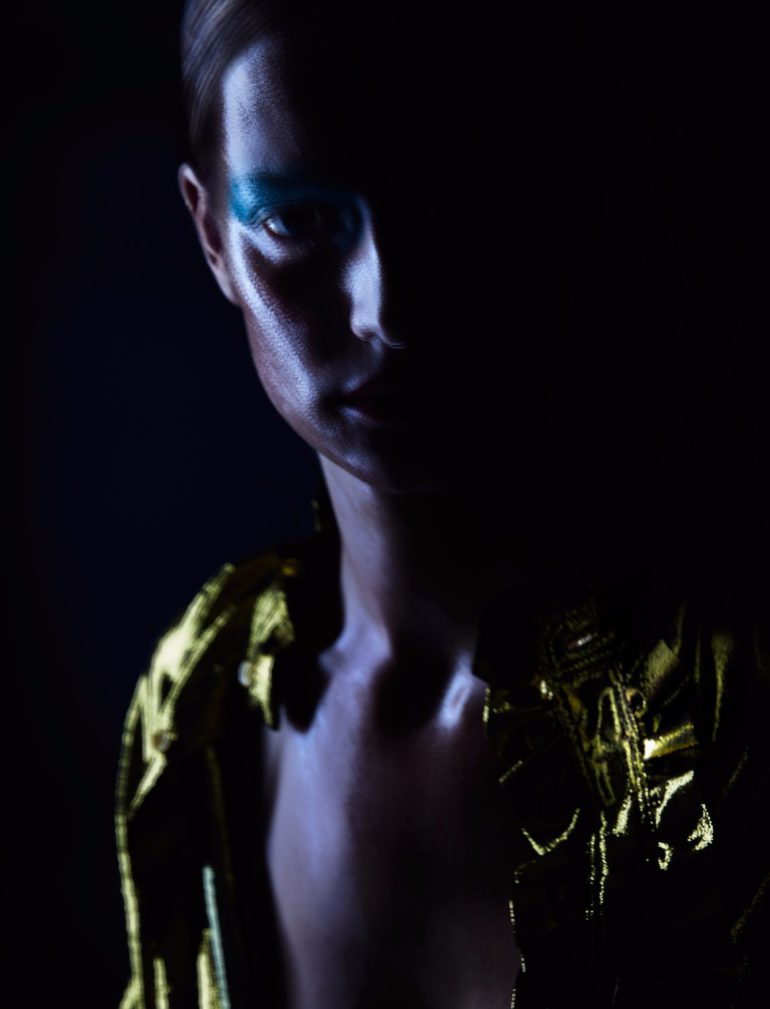 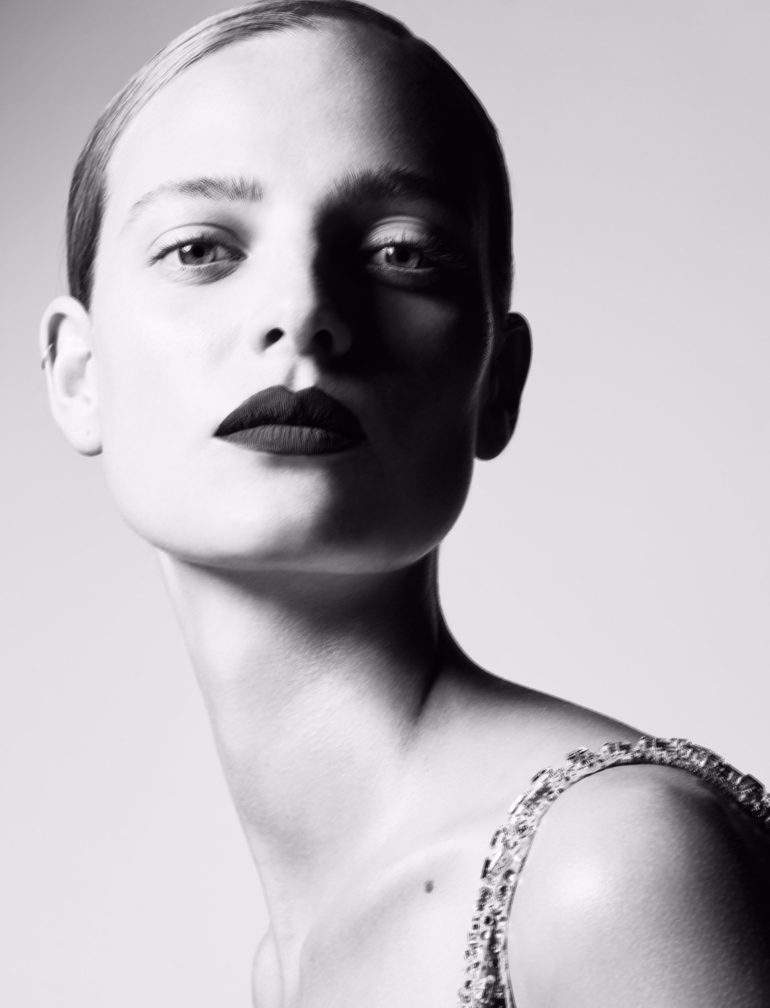 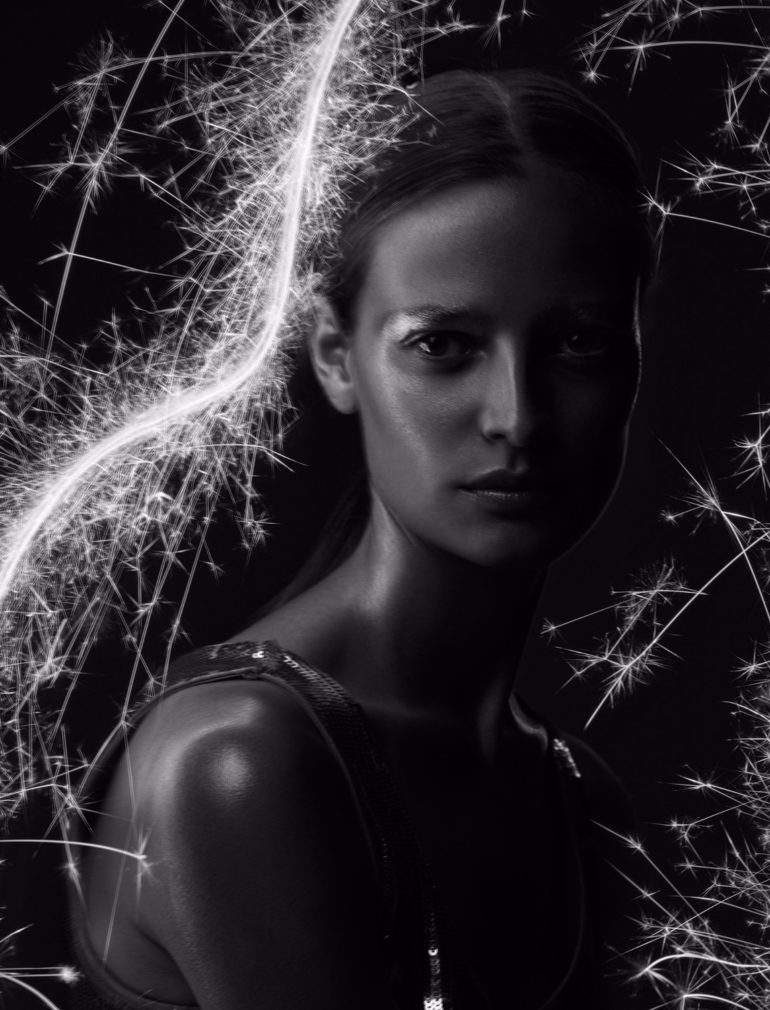 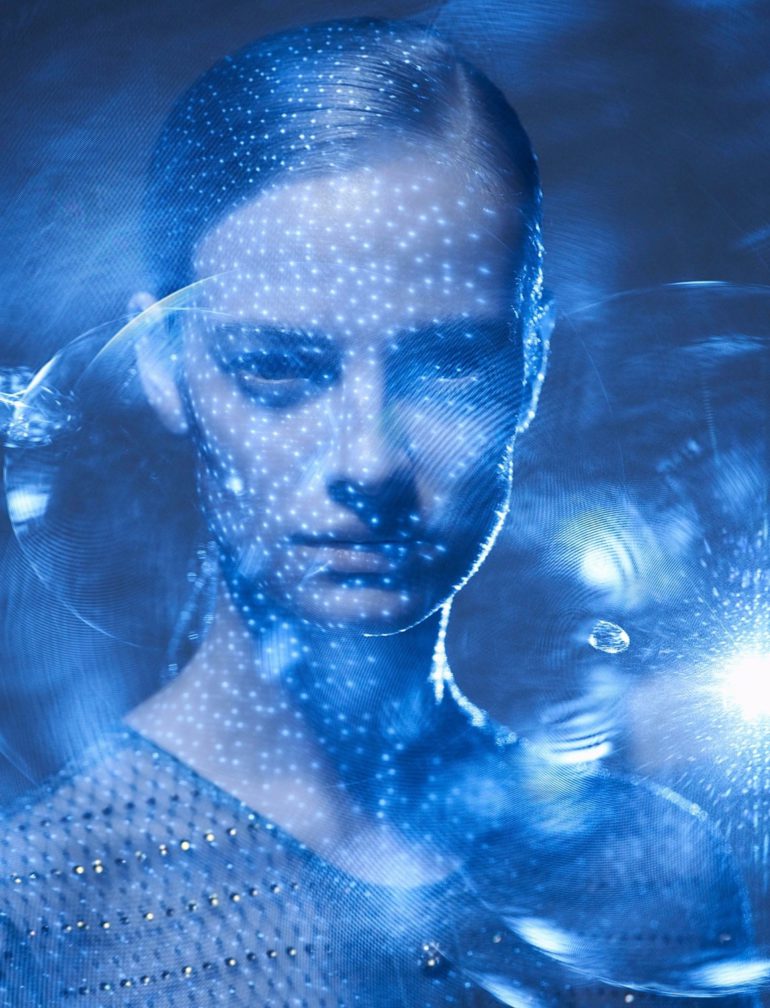 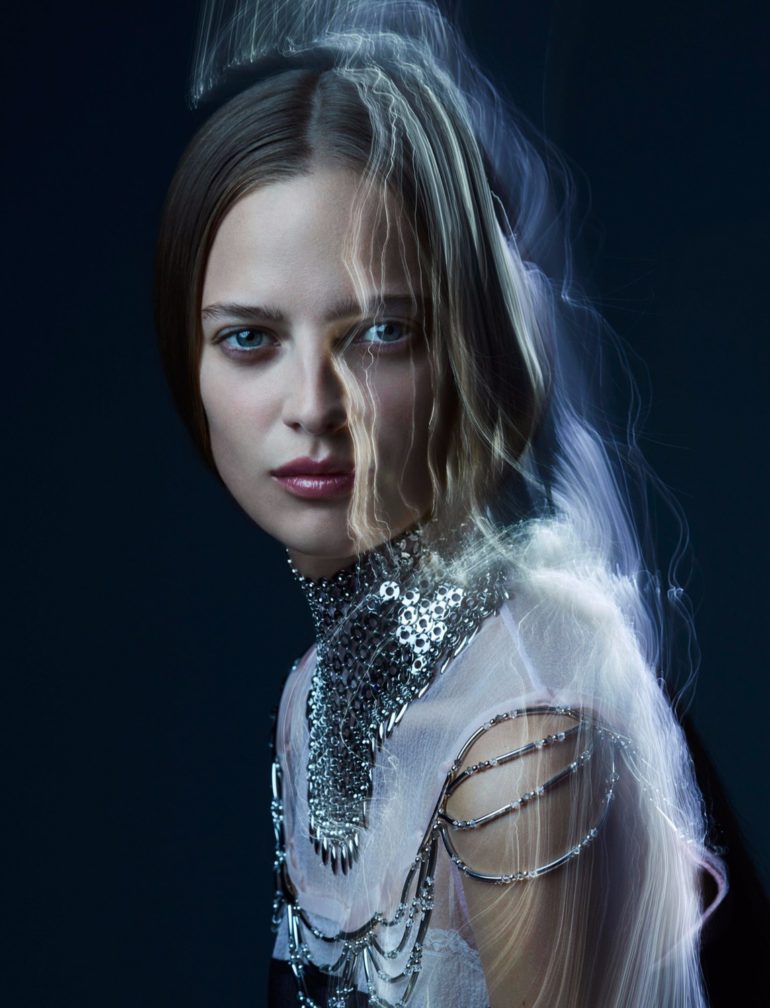 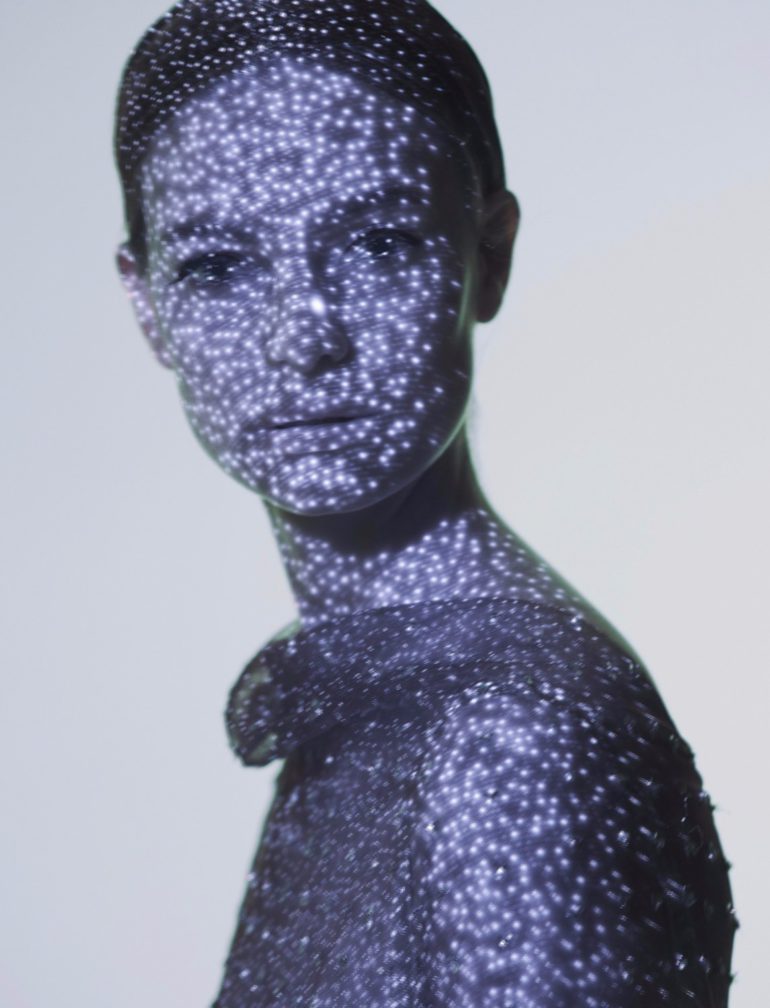 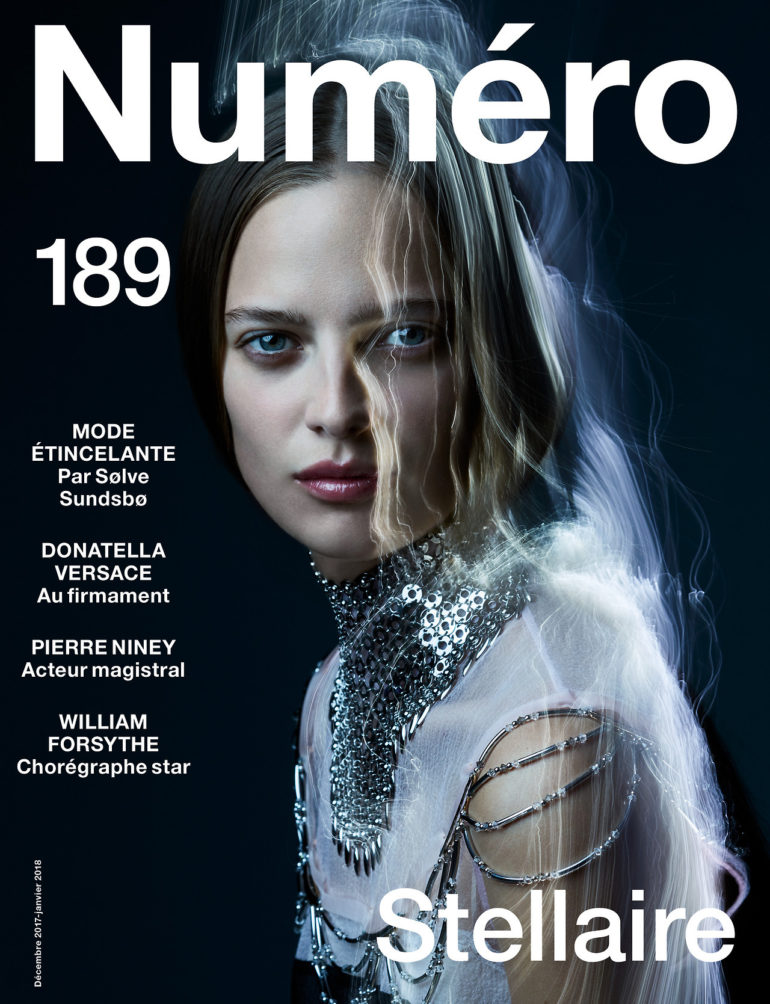 Maurizio Bavutti Takes Us 'Into the Void' i-D Online