Craig McDean celebrates the fire of the female spirit in Vogue Italia, January 2018. Venturing through the valley of the mind’s eye this tale takes us on a trip through the annals of time. Thinking and feeling merge into one, as this story aims to display a vast amount of scholarly expression. Erudite imagery is a visual expression of learned knowledge. We are not bound by the limits of life, rather, we are set free by what we are inspired to become. Rules are an arbitrary construct, in so much as they set limits that tell us what we can’t do. I’m not interested in what isn’t possible, I am compelled to go forth & conquer. I’m here to honor equality, while, fighting for my intellectual impetus. Anything that falls outside of that conceptual umbrella, is a prosaic notion that I can’t defend. This editorial is a profound celebration of the female spirit ~ McDean opens our minds to the idea of untamed evolution.

Here we see these ~ Brave Women ~ with sticks that appear to be holding up their bodies, as if to say, they can’t stand without them. Or more to the point, they can’t be controlled without them. Cover-girl, Fran Summers, leads the way with imagery that injects a sense of poetic unrest. What Holds You Up May Be the Very Thing that Holds You Back. They all begin to extricate themselves from a false sense of safety, as they free themselves from that which keeps them bound. Beauty begs to be seen as each shot celebrates symmetry. Fran gives the impression that dots are placed down the center of her face, while behind her a mirrored effect takes shape. Some dots are shown directly, while others are forcibly made to appear out of focus, giving the graphic abstract dimension. The power of this picture is held in the optical illusion, or exclusion in this case. Black dots cover much of the pupils, giving her a kind of otherworldly affect. I take this as an expression of what many would call visual extinction. We’ve lived under a rule where many were hoping to simply erase us. To turn us into silent sufferers… the walking dead. And, for centuries it has worked. But now… IT IS OVER.

Max Pearmain doesn’t depend on the background to give him artistic reference, he instead embraces tactile response. Creating a world where everything that matters is touched by the hands of humanity. Here we watch the evolutionary process unfold, as each fearsome female goes from being held-up by sticks to precariously balancing on a variety of strange items. Gisele Fox poses on a pillar with one leg down and the other kicked up behind her. Adut Akech appears to leave the ground, as she holds her hands and feet on four glass tops placed in a perfect square. Ansley Gulielmi stands strong in a black cape, while Fran swings a dagger overhead. Not afraid to brandish a weapon as a means to make a point, Jess Cole follows suit, as she dramatically double-fists two mini-daggers.

Peter Philips uses makeup to expose the art of Maryel Sousa’s eyes. Black runs lines around the lids signifying the circle of life. Cultivating a kind of neo-kinetic face play, Philips allows unique features to make an appearance. The wide set eyes of Lulu speaks to the intensity of innocence. Looking straight into her stare we are overtaken by the power of her glare. Roos van Elk climbs up tiny blocks of wood as if to say there’s nothing she can’t escape. Holding a skull Adut evokes a strange sense of pleasure, while Vivienne Rohner sits back and absorbs it all in quiet contemplation. Orlando Pita goes from the pixi cut of Gisele to the cool dew of Cole’s, proving he’s a master of haute hair. Fran’s bangs curl over while her bob lifts up in back. Orlando has fun with frizz as the back flies up in a fit of fury. Using length to his advantage, he lets the long lox of Lulu speak for themselves, while doing things a little different with Maryel Sousa’s dew. He split her hair right down the center, with a perfectly coiffed braid on one side and natural locks flowing down the other. Beginning of end starts with Narrative Being Over…

Standing in quiet contemplation, Lulu leads us down the rabbit hole of haute couture. Hiding her face behind two blocks of wood topped with one glass of water. Abstract imagery invites us inside, as her aching eye peeks from behind. The glass is half full, sending the message that what she’s looking at isn’t always what she sees. Existence is the measure of meaning. Here we witness the tearing apart of truth. It isn’t a matter of honesty being betrayed, rather a question of the vantage point at which you play. I’ll touch the chains that kept me bound for I’m not afraid to feel that pain. And sticks I used so I could stand were the very things that kept me down. Never will my body be under another’s tyranny. For Even If They Claim It’s Fair… My Freedom is Not Theirs to Bare. 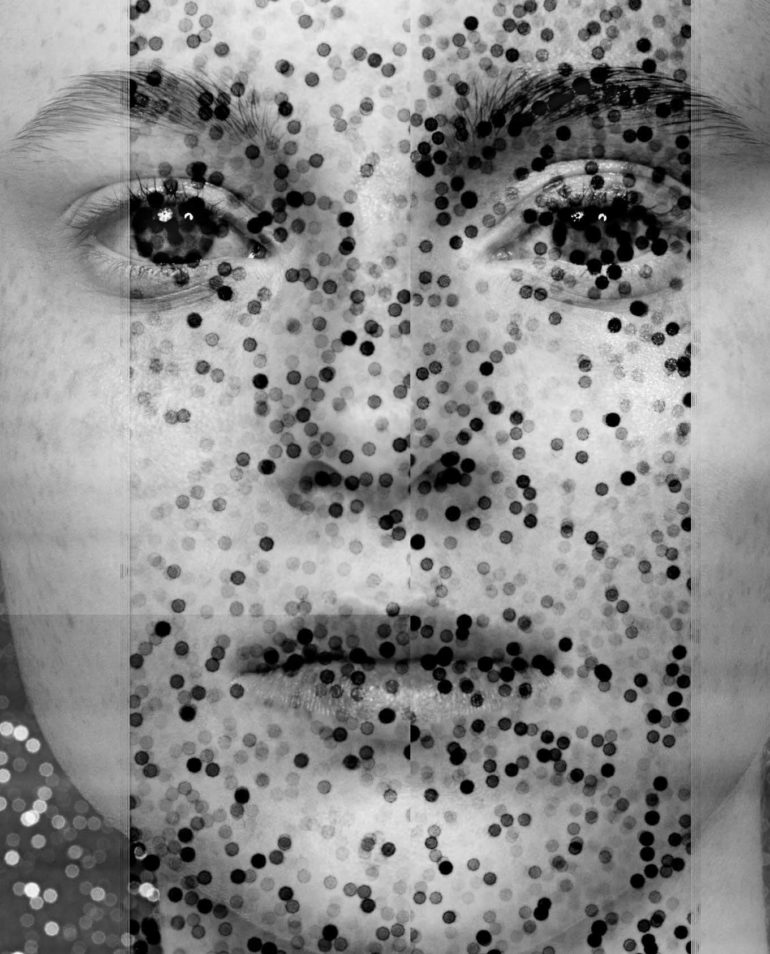 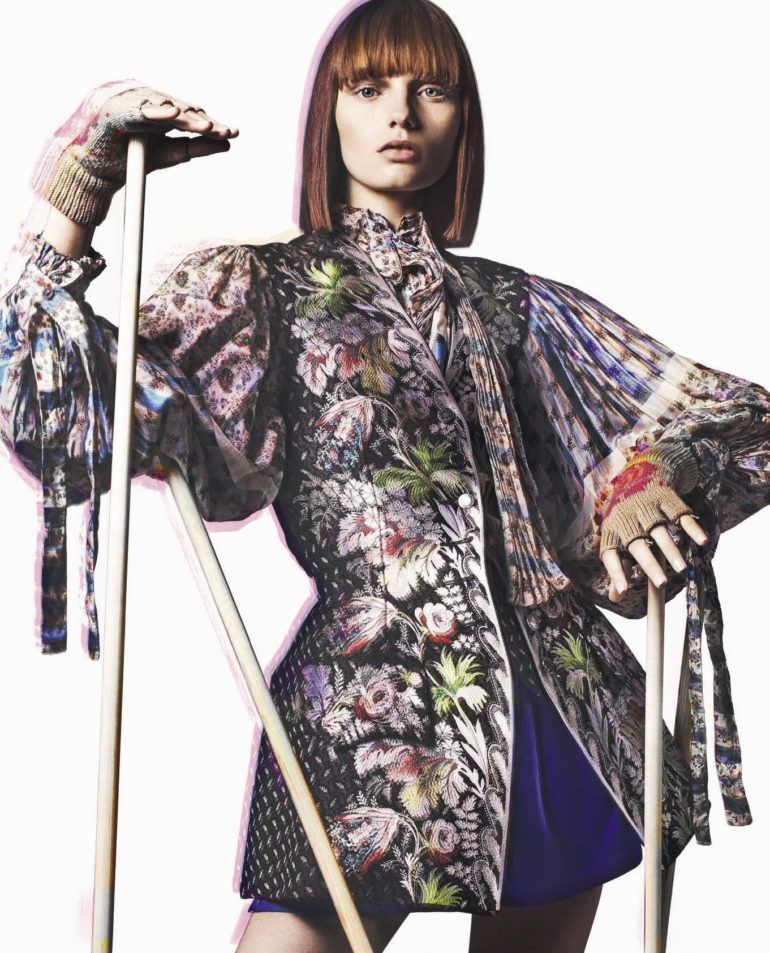 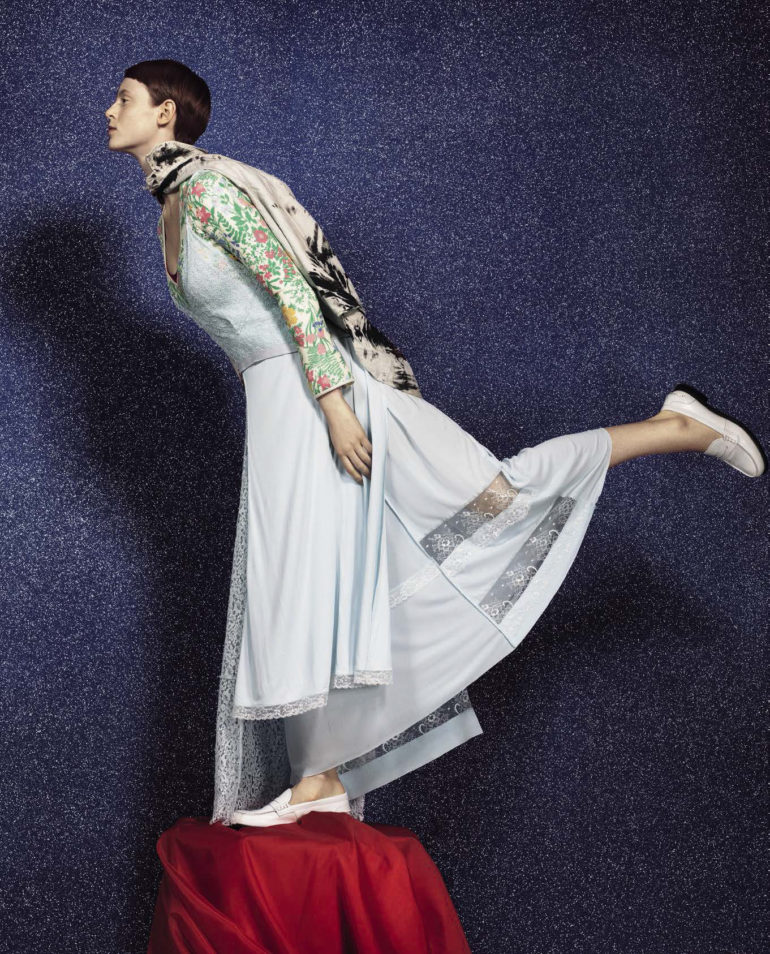 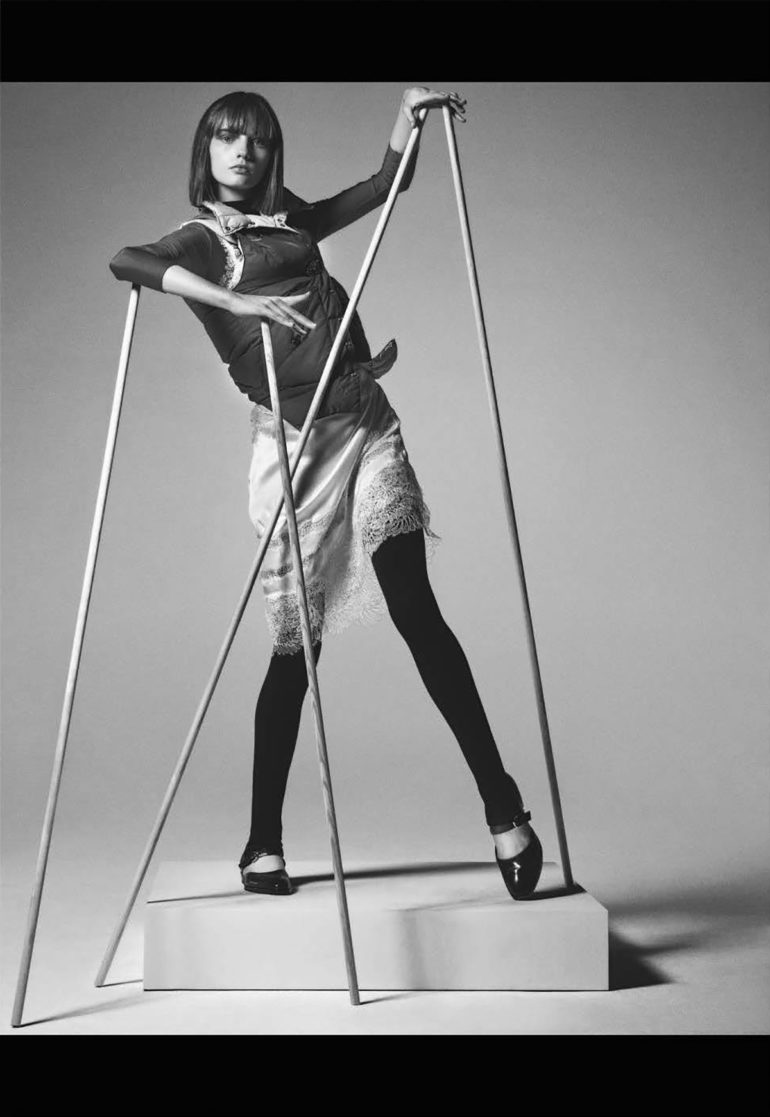 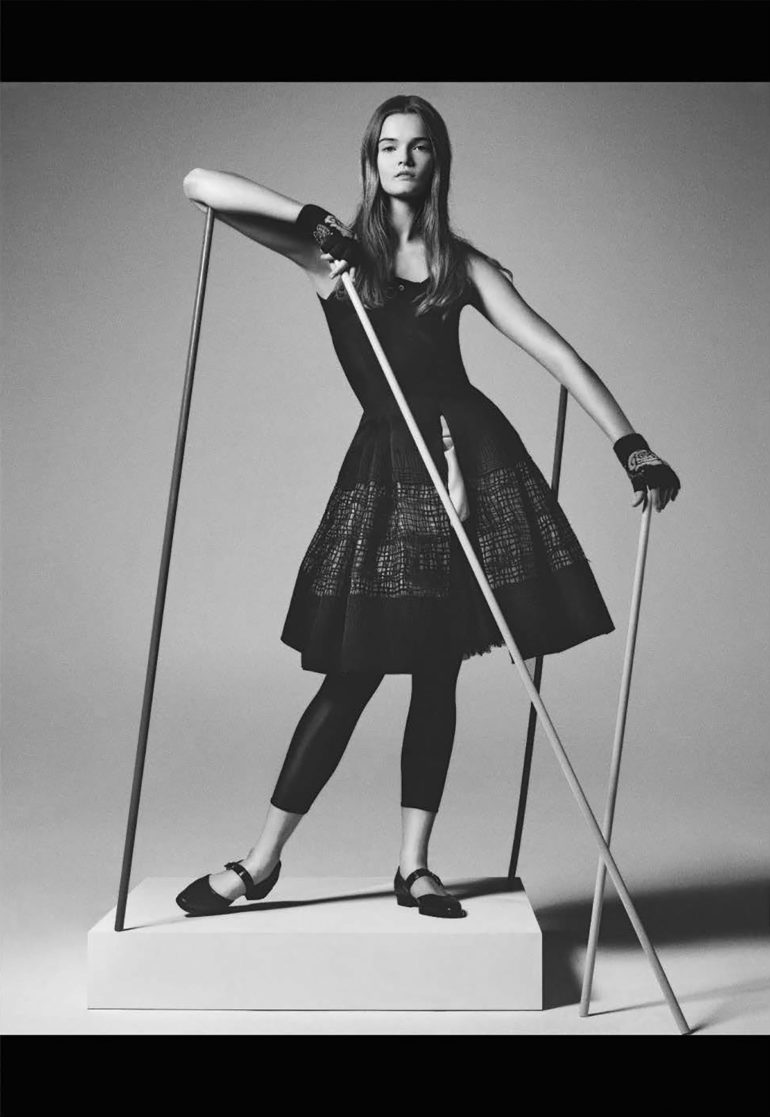 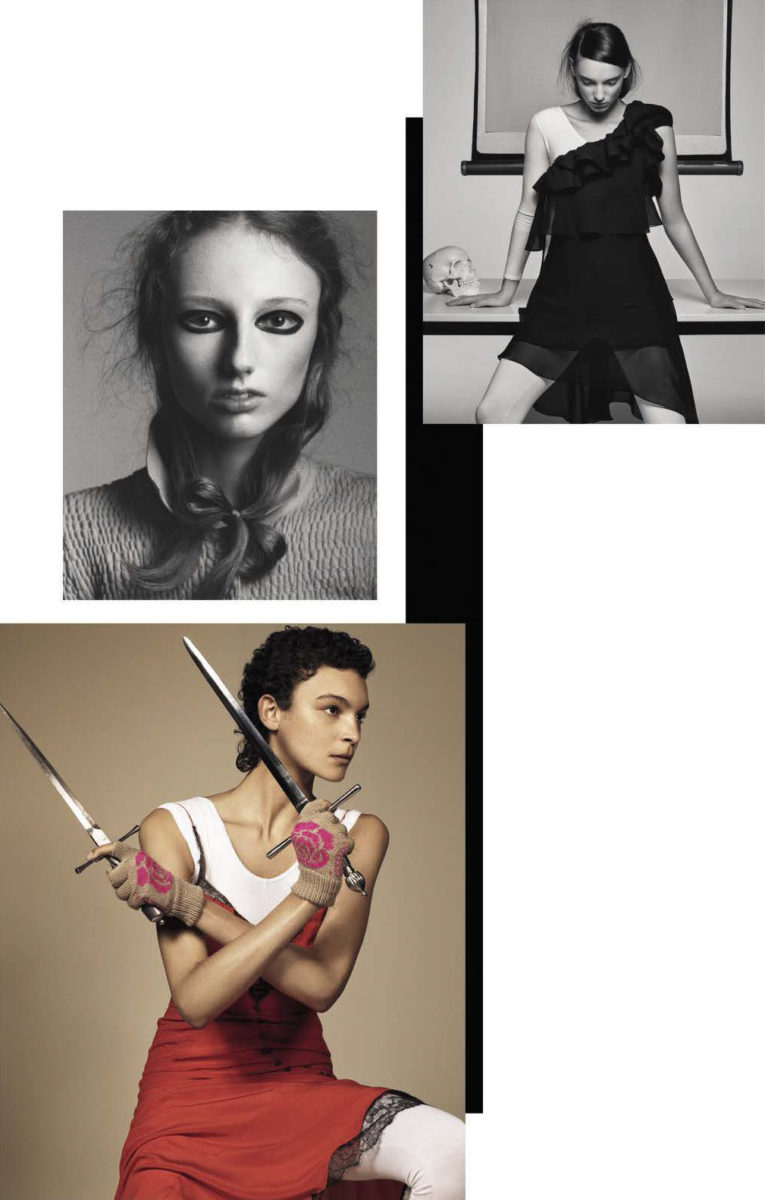 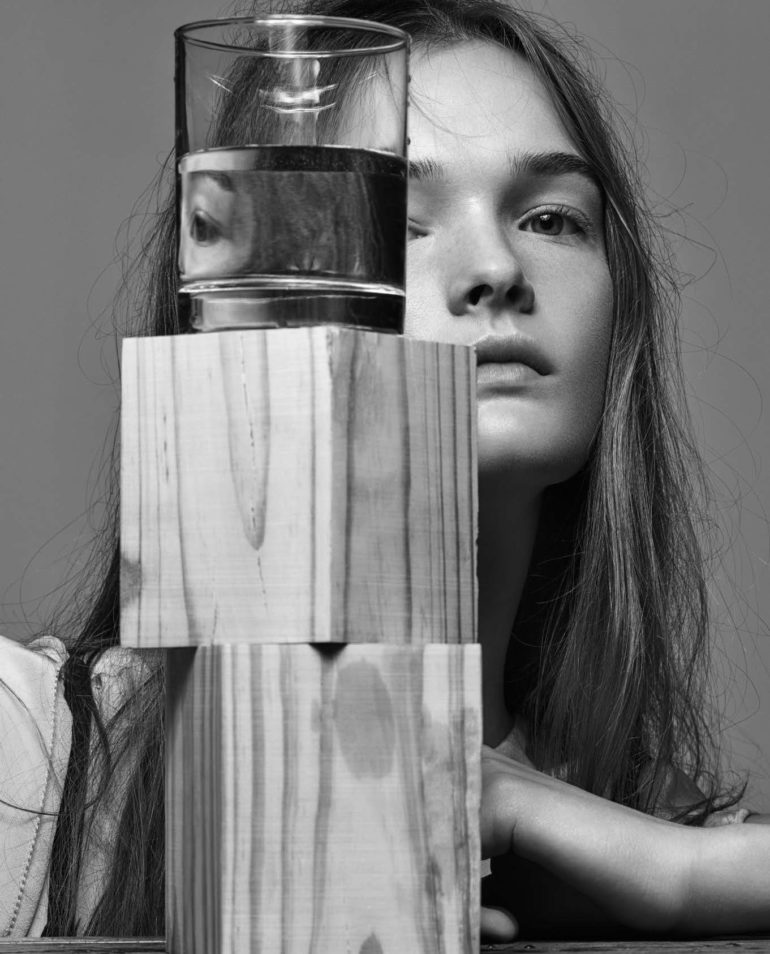 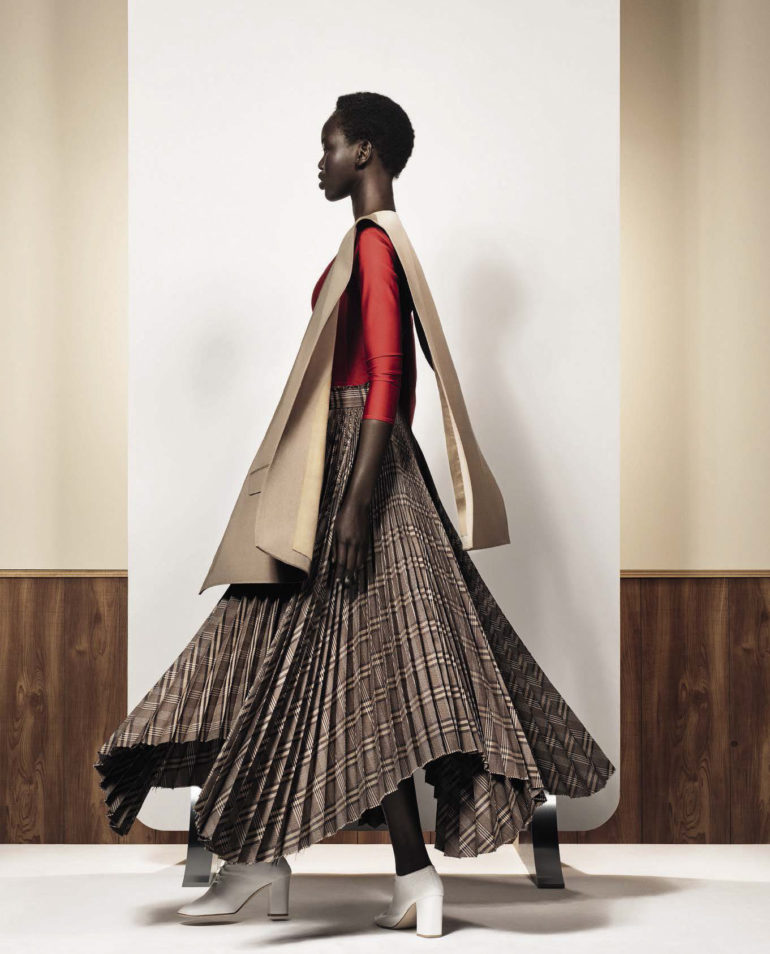 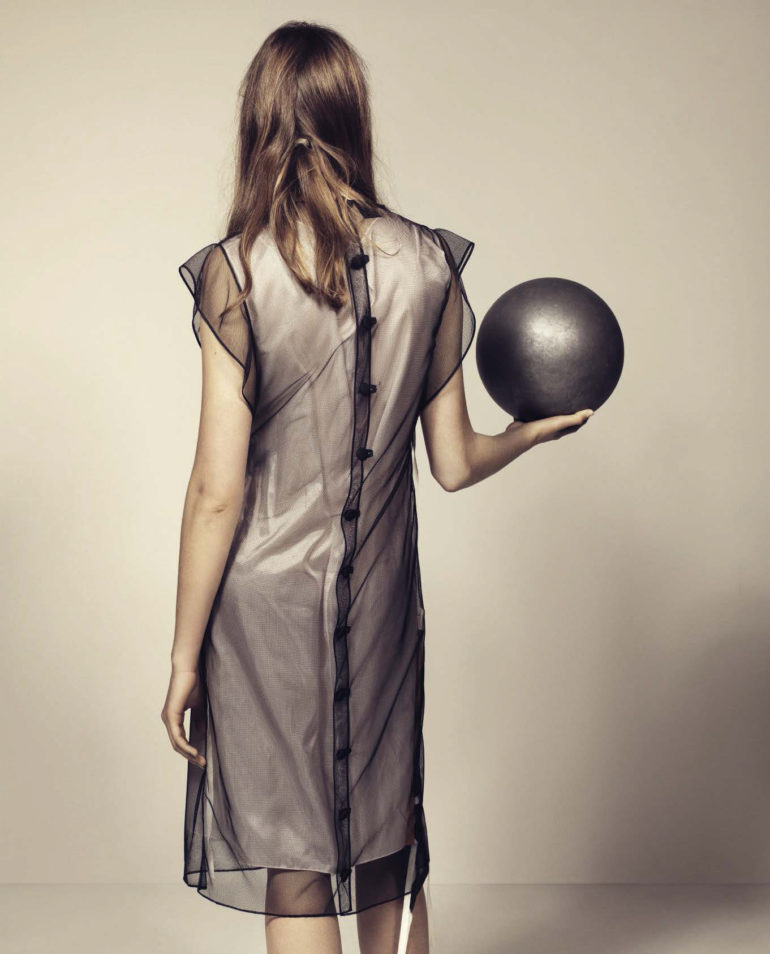 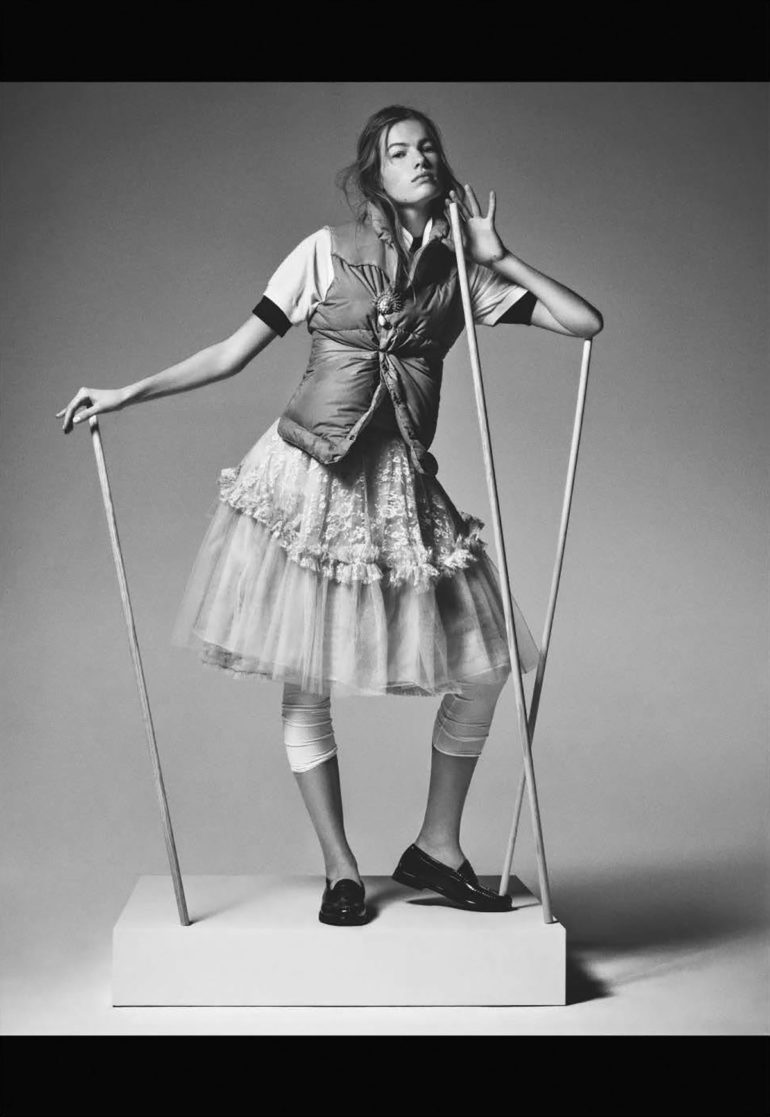 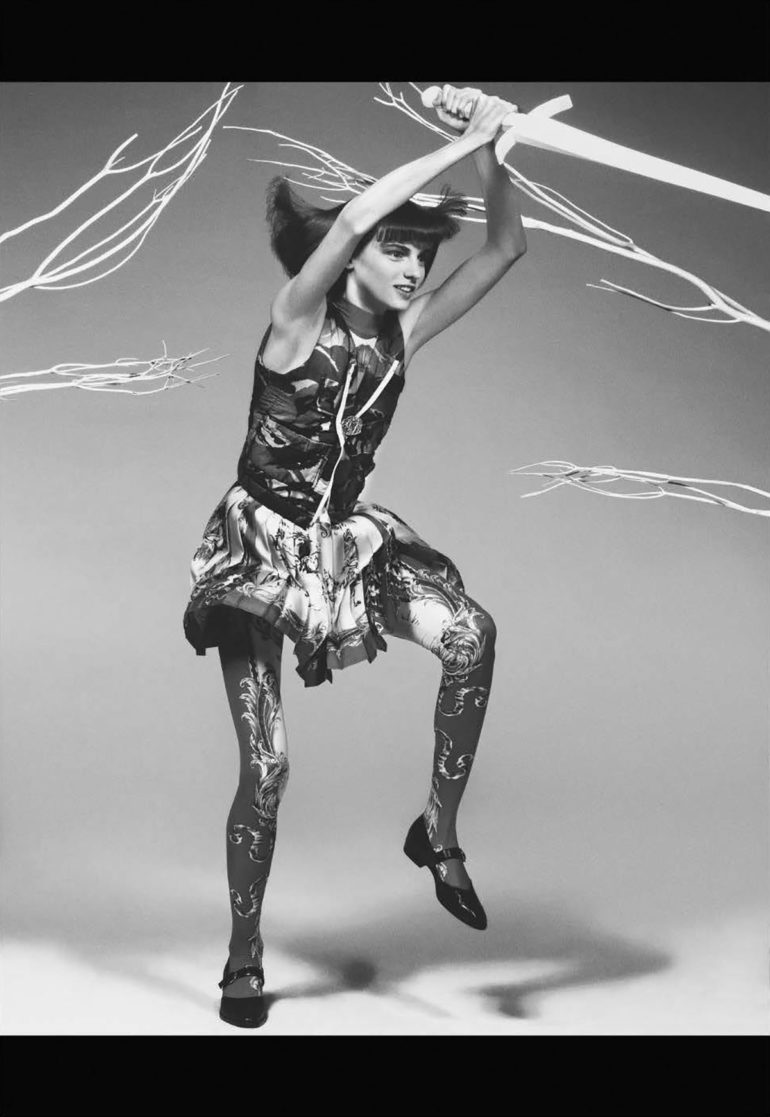 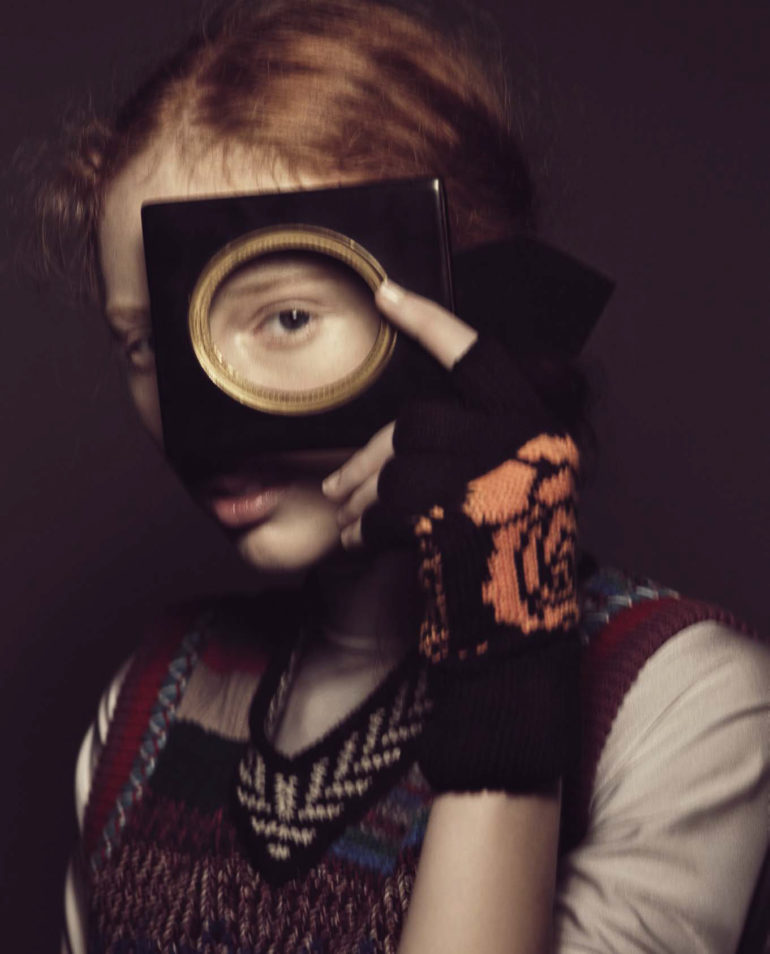 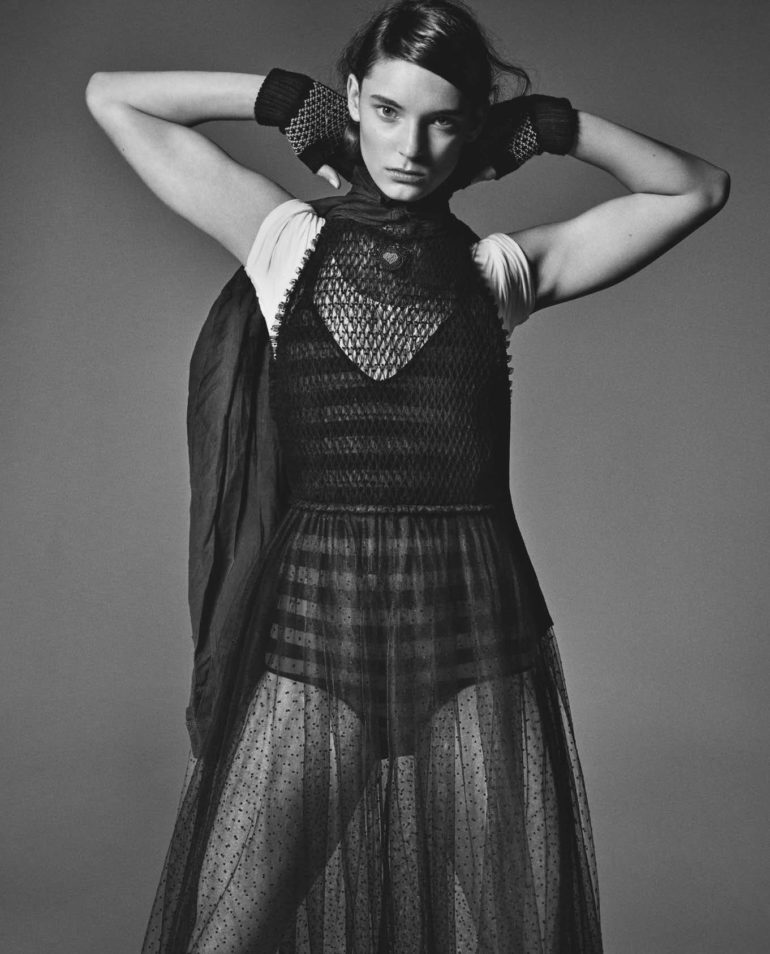 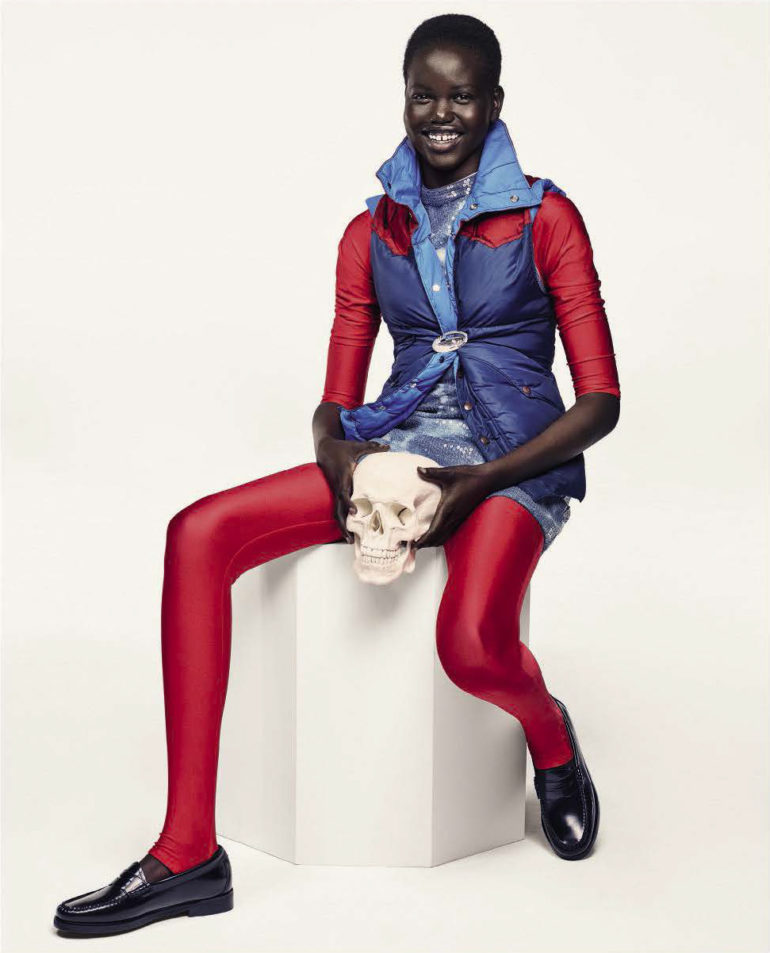 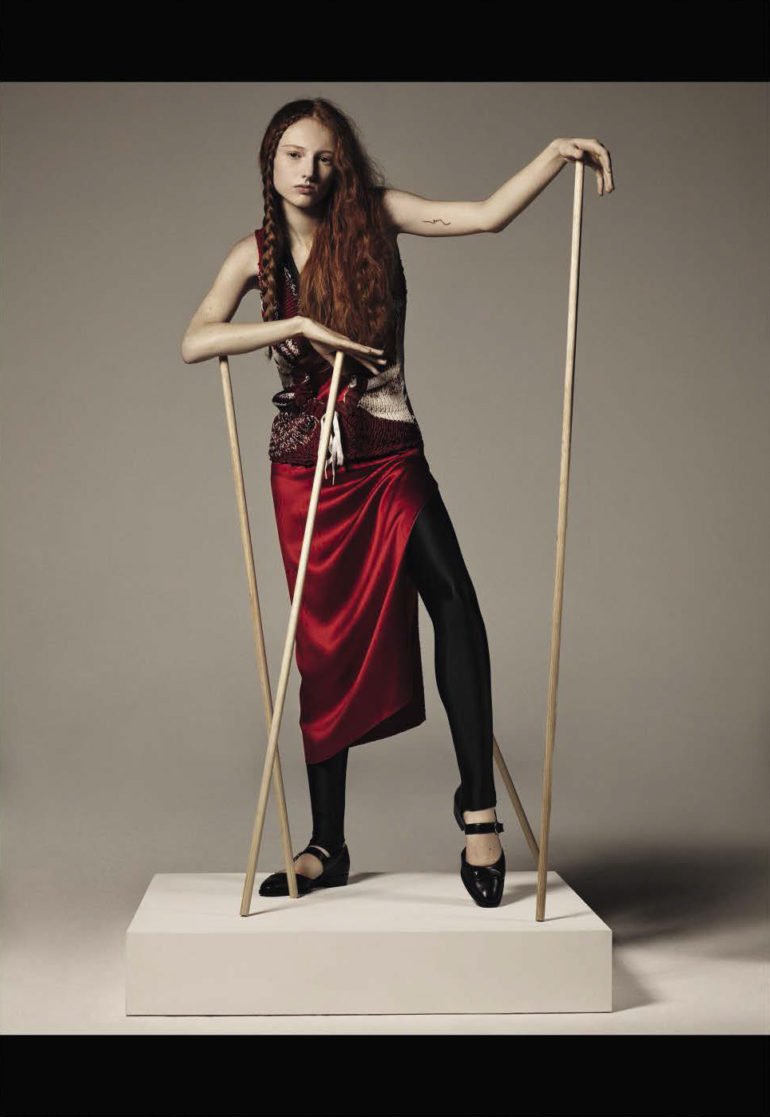 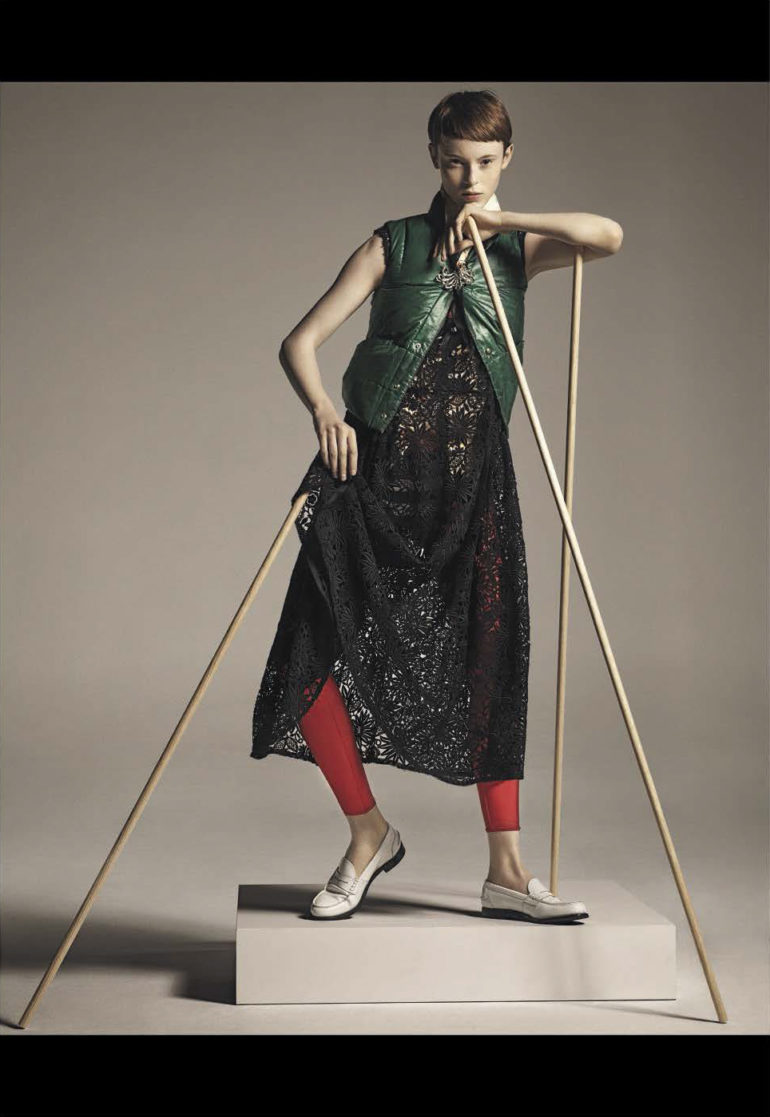 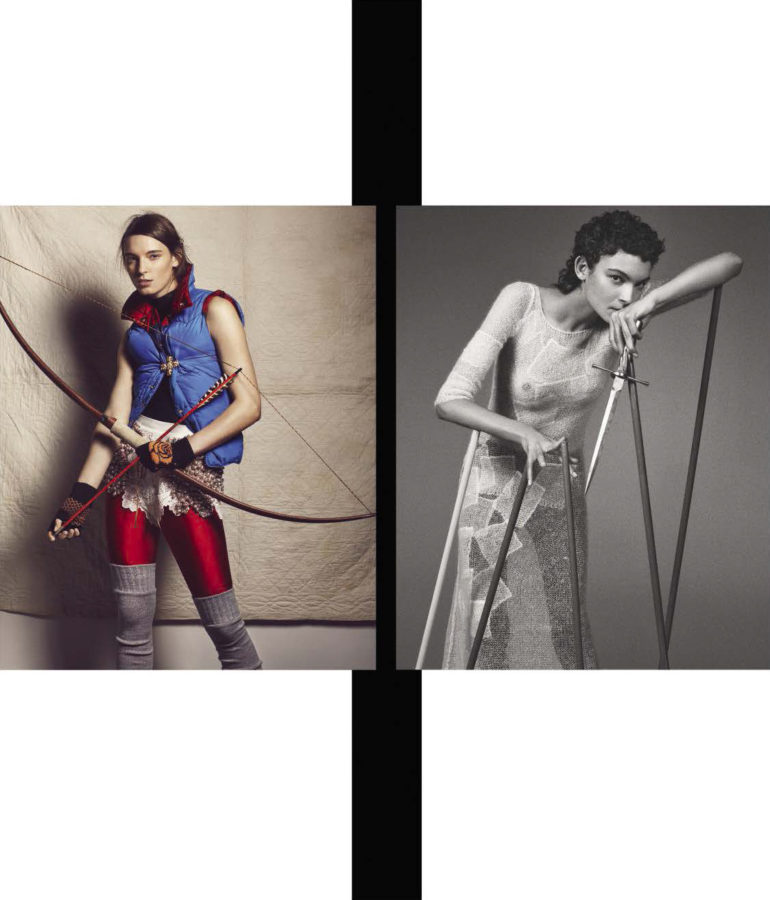 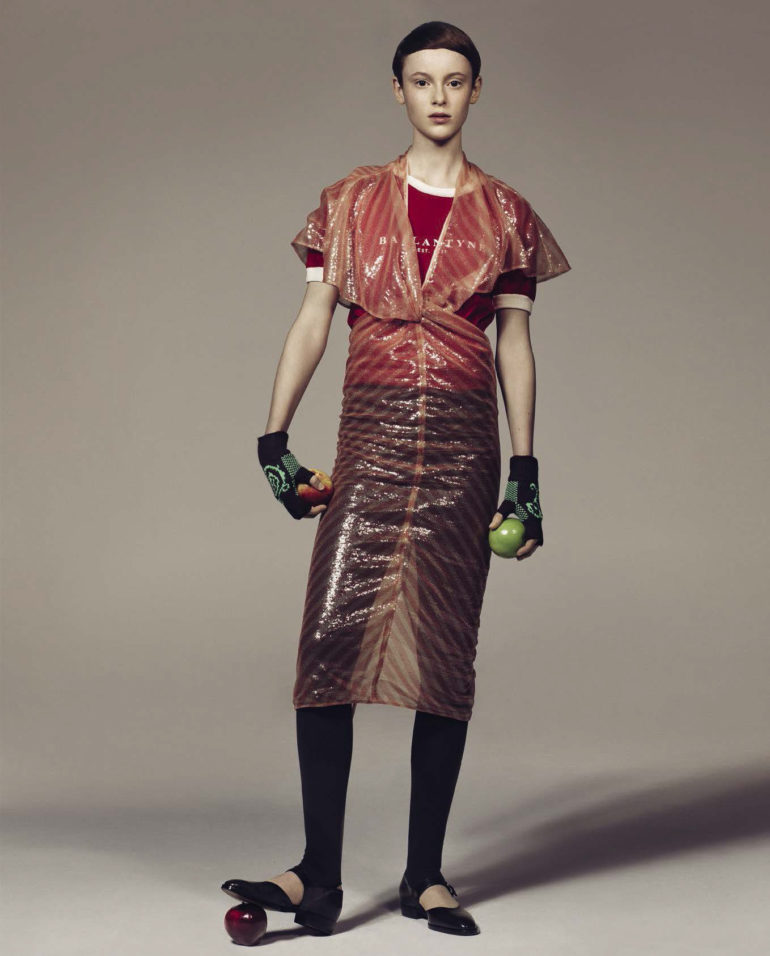 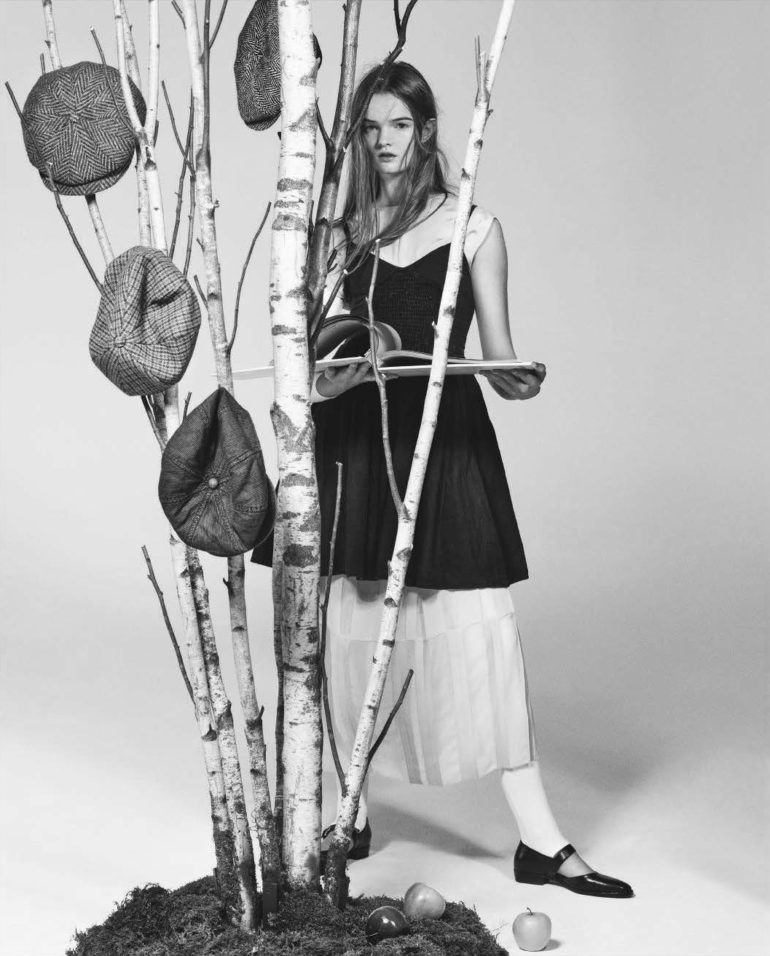 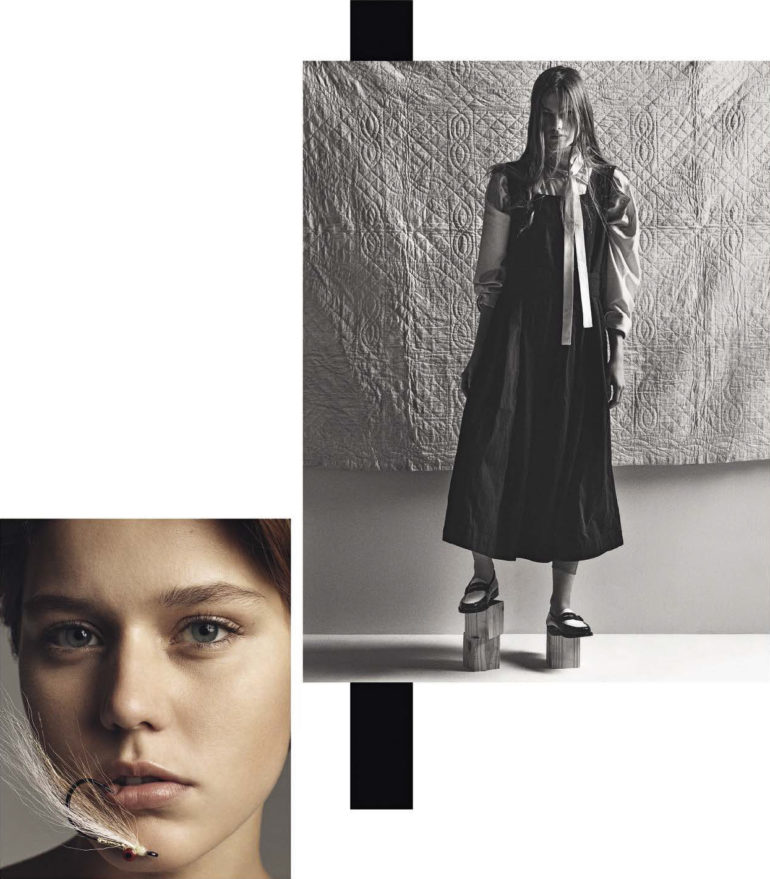 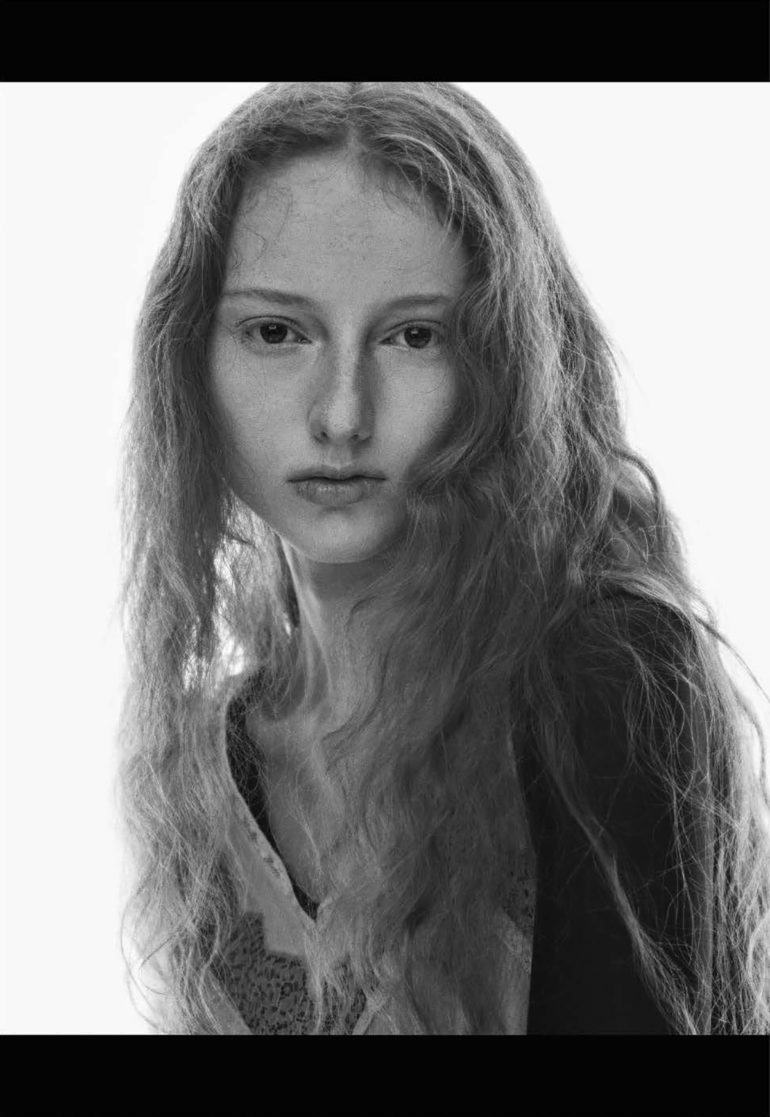 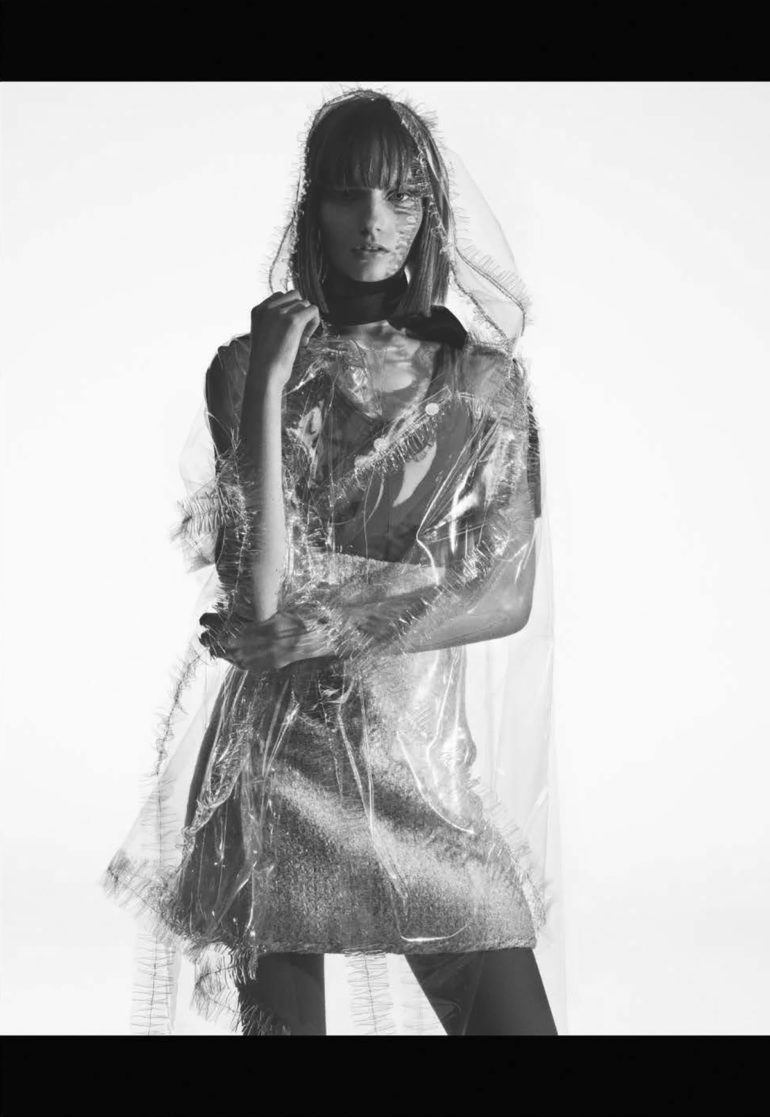 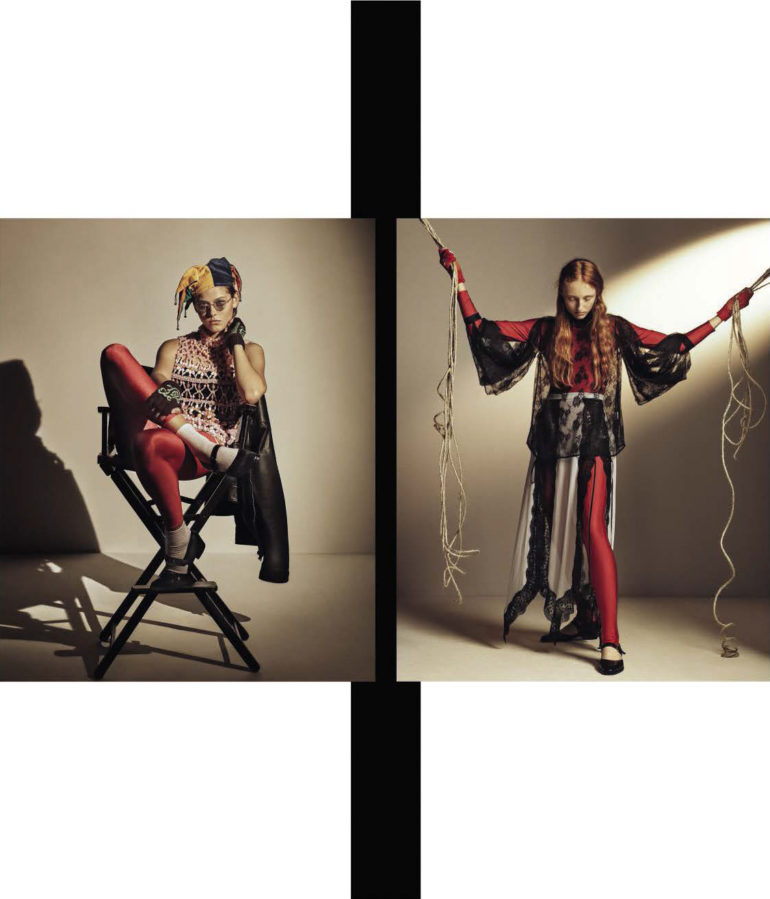 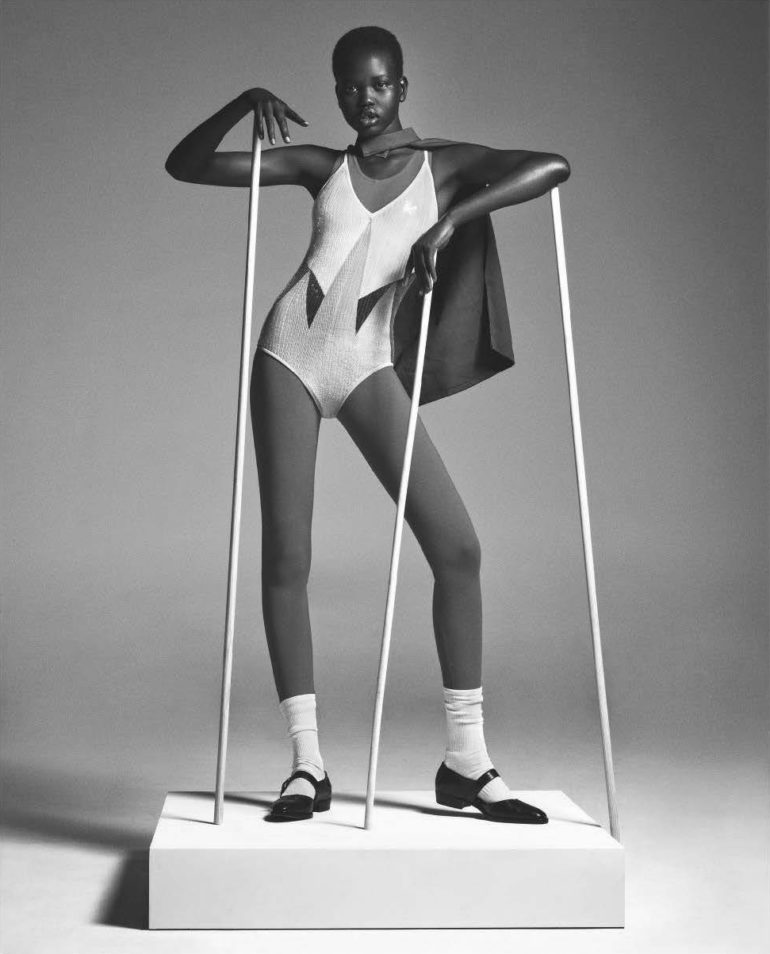 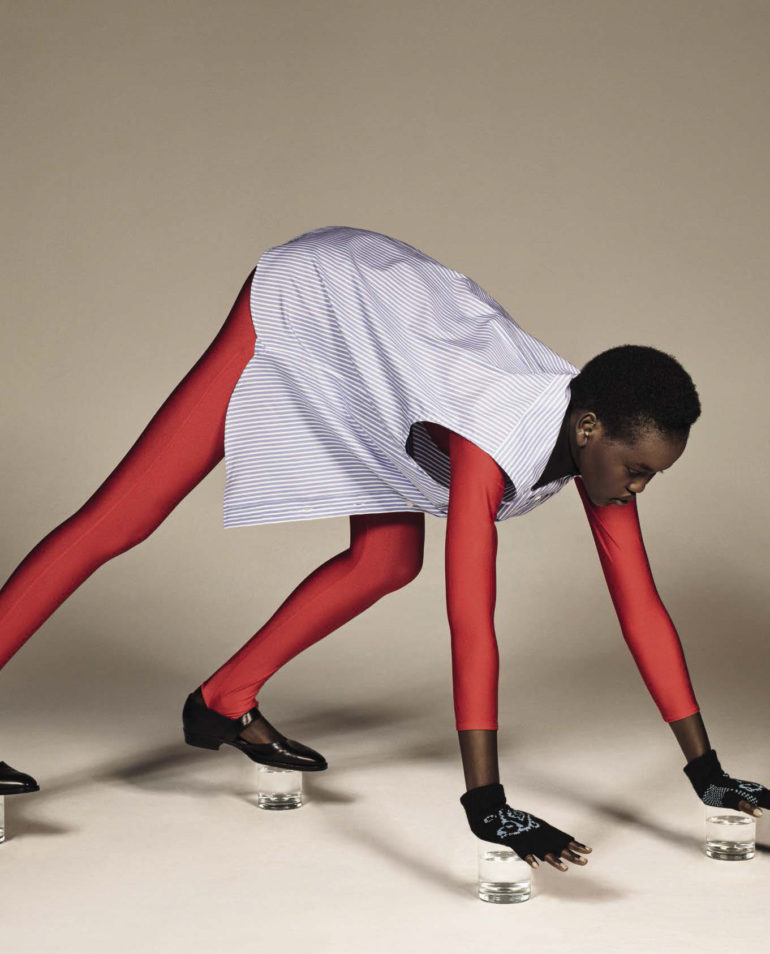 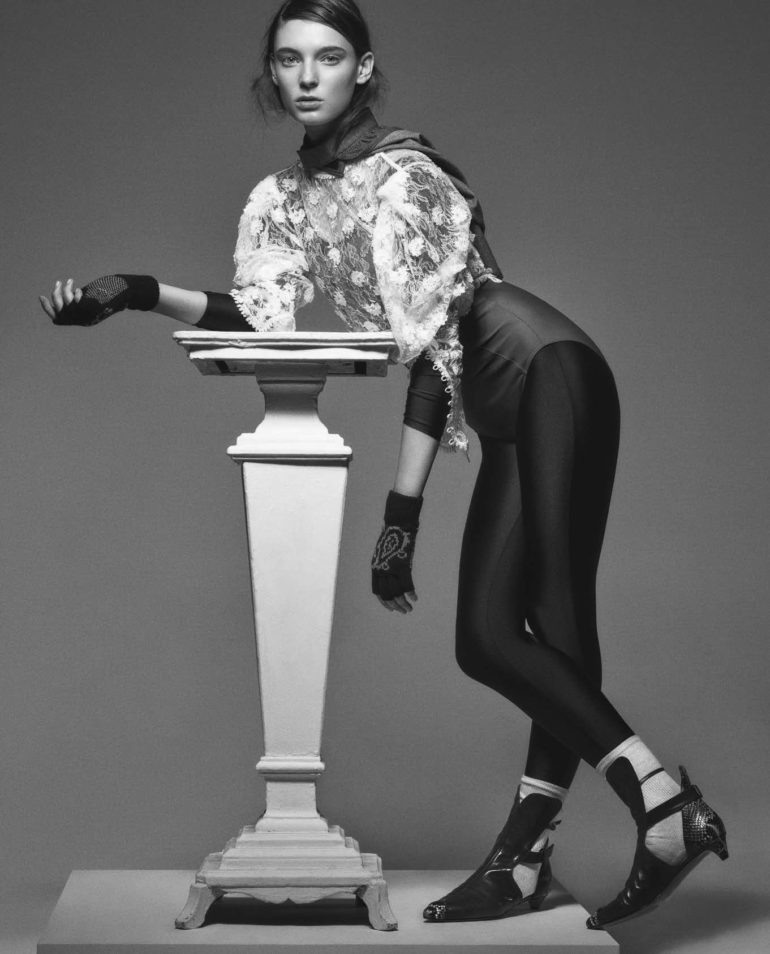 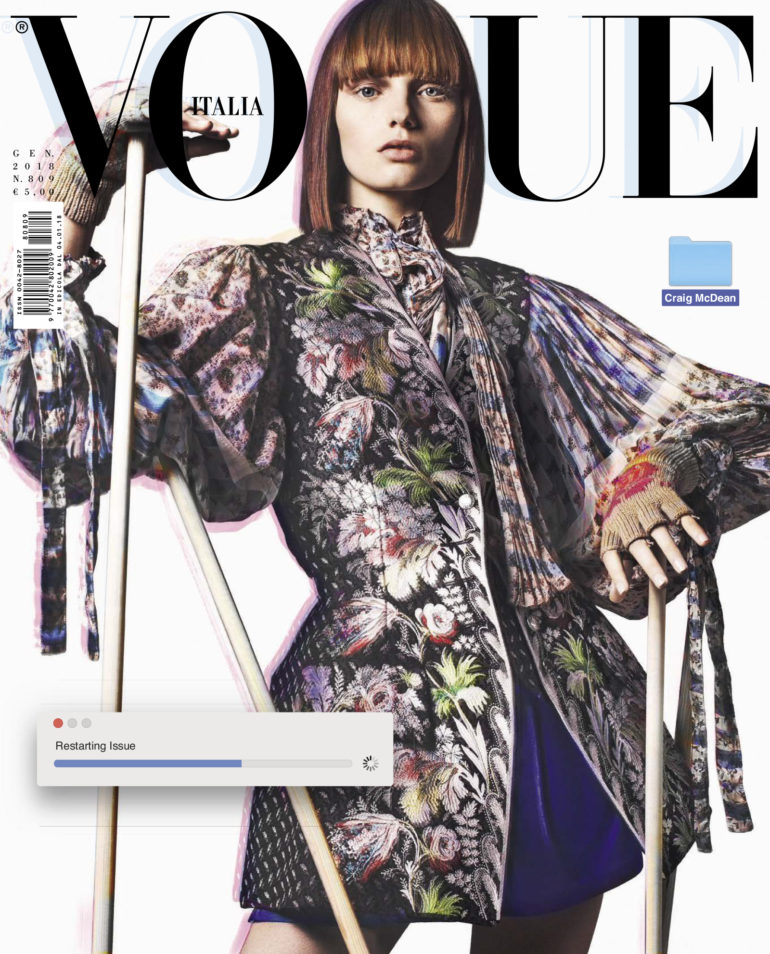