Shanelle Nyasiase shines in “Global Hypercolour” by Viviane Sassen for Dazed Magazine, Spring ’18. Showing no signs of retreat scintillation screams as colors are complete. The story is one of glory and grace, as Shanelle reaches behind her back touching the innocent face. There is no distance between art and imagination. There is no space between heart and hope. There is no journey that will bring me back to you… for in the arms of my sister is the place of my truth. This is a tale of togetherness, where anything is possible. Robbie Spencer, the pied piper of style, plays his magic pipe as we all escape to another time and place. The music of his mind caresses the body like notes of high couture. His work is at once scintillating and speculative. It makes you stop and think. And to that, I say… Bravo. It’s not often that we experience something so intoxicating. Bold concepts giving way to brave ideas. Entering a new faze of high fashion, each outfit is more than couture, it speaks to life as a celebration. Primary colors are cast across the skin, connecting in ways we’ve never seen. The symbiotic message is clear. Even the most seemingly opposite tones can blend in spectacular ways. Robbie invites us to embrace the theme of extreme, while still honoring the elements of creative cohesion. And, in the end, isn’t that what we need to do as a people ~ if we want to grow? Indeed, if we could impose this kind of forward thinking to our instinctual lives, we would then be like the music of this magical material. We can be as opposite as we need to be. When we unite we can truly sing… as the unique combination makes us a music machine. Humanity is the same. As one we may be fine, but, Together We Are a Force United.

Petros Petrohilos embraces the theme with staggering results, allowing the truth of her beauty to rise up and be counted. The nuance of her naked face gives way to the subtly of soft skin. Blue enhances, from a dusting across the lid to an encircling of the entire eye. It’s an exciting view. Her features are so strong they carry the story without a hint of makeup. Cosmetics are added making the mood fade as midnight shadow seduces us with shade. A blast of passion pours over the face creating a masque of colours chaotic, designed to devour the senses. Rich orange and deep magenta surround the orbital arena, as pastel pink slides down the cheeks and around the jawline. Jawara keeps her dew natural, allowing us to experience her true beauty. Pretty has never popped so hard, as Sassen inspires us to explore. I don’t want to just view a pile of pictures, I want to see the artistry from a new vantage point. 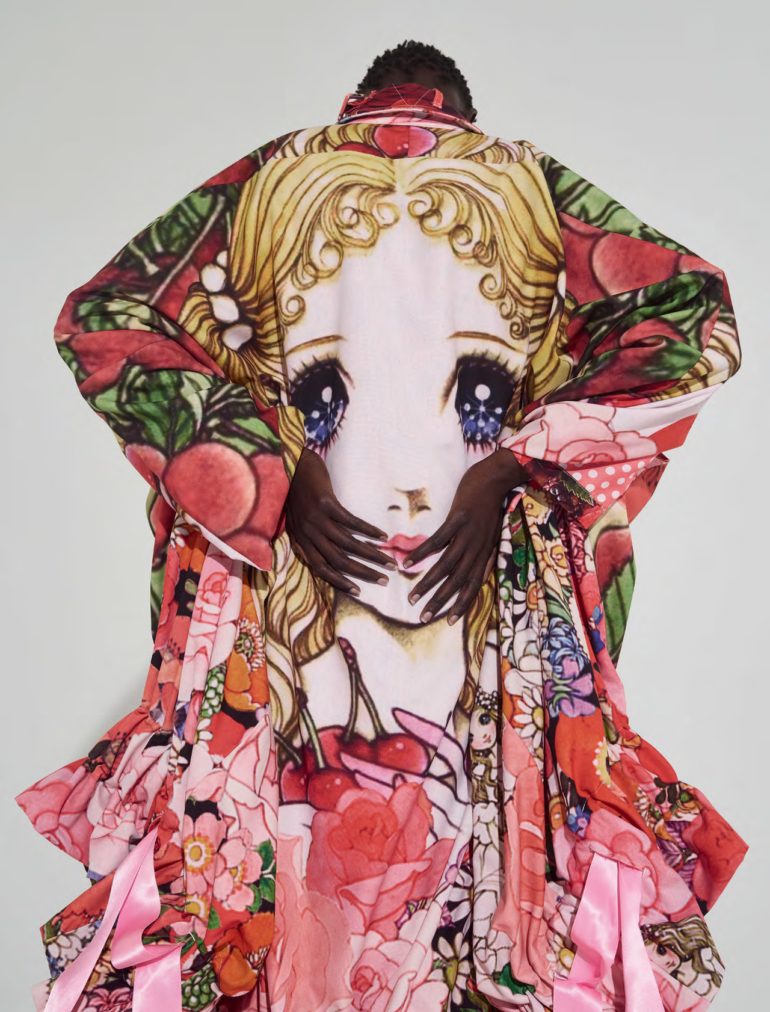 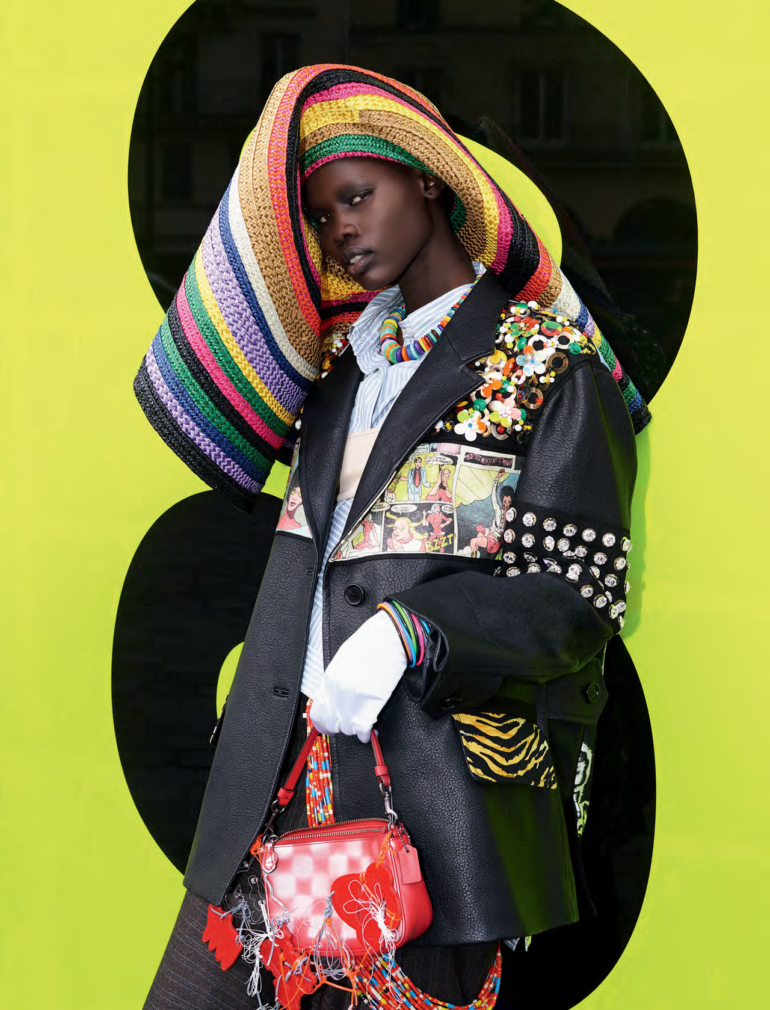 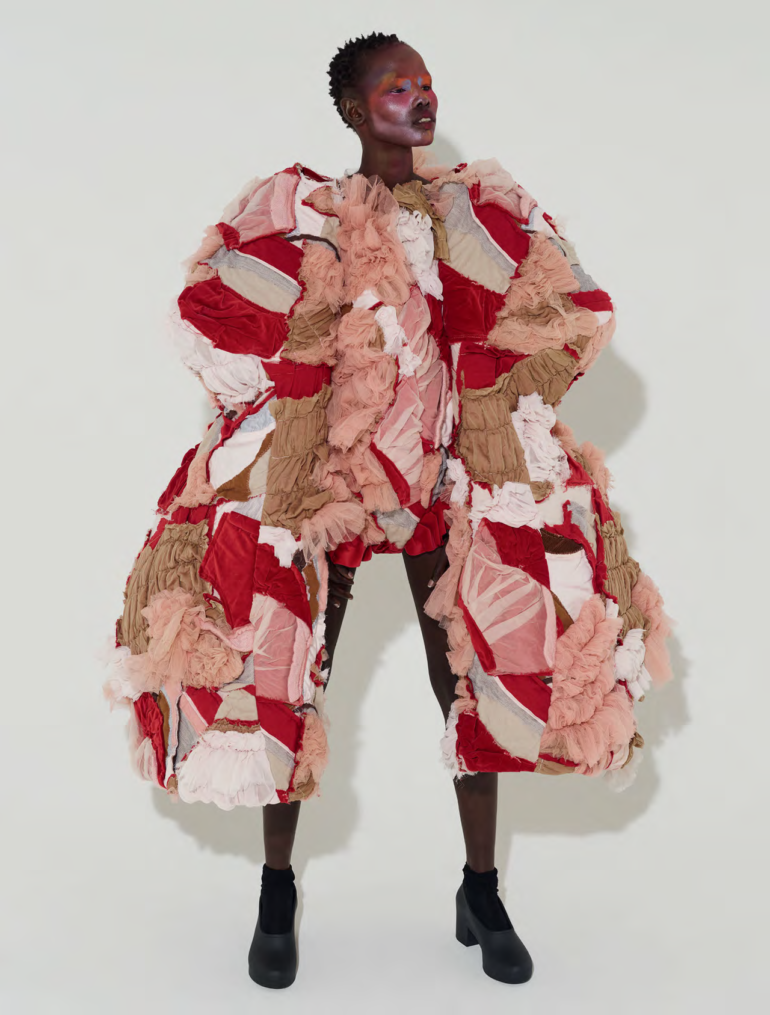 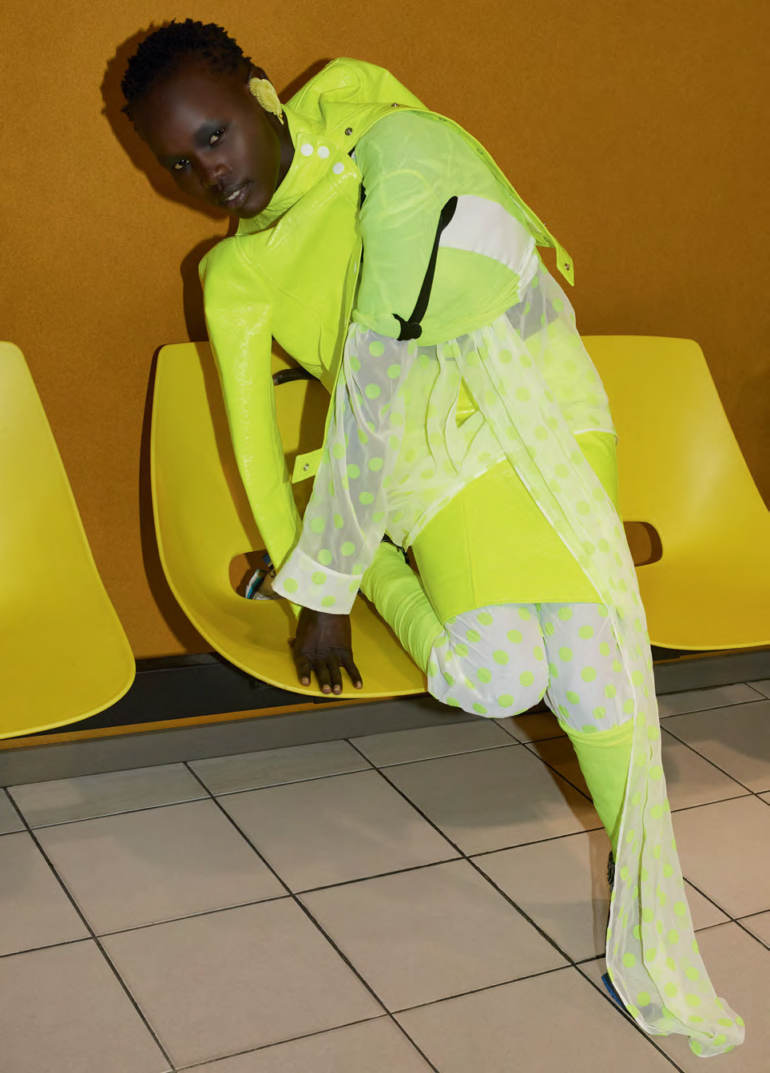 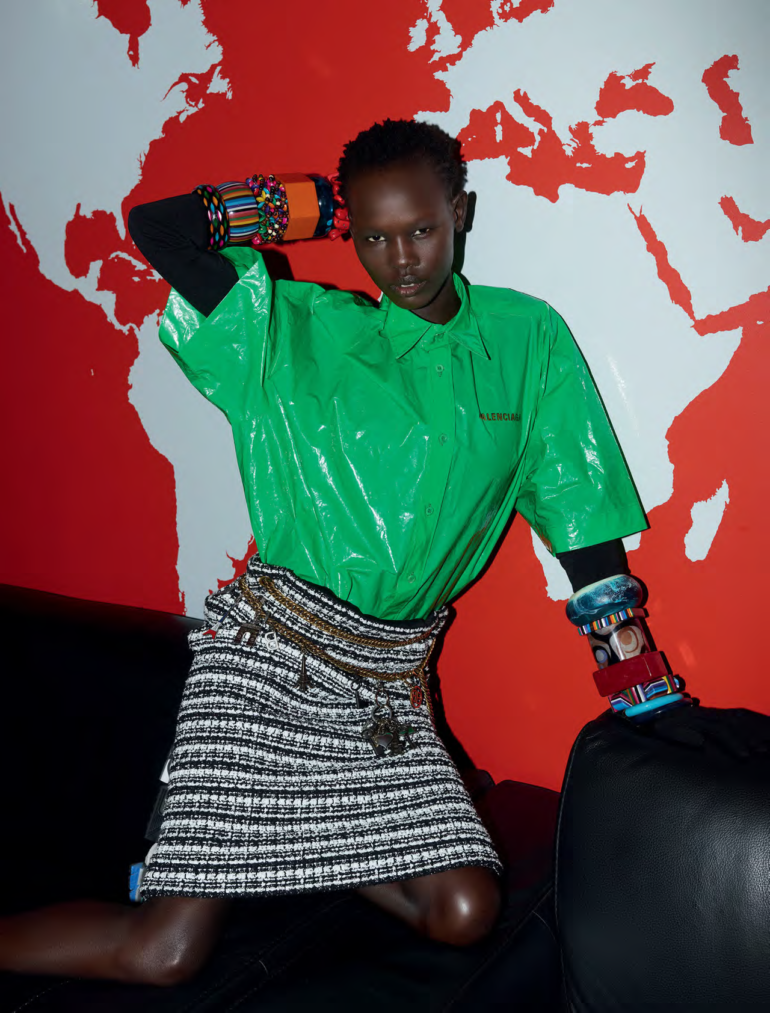 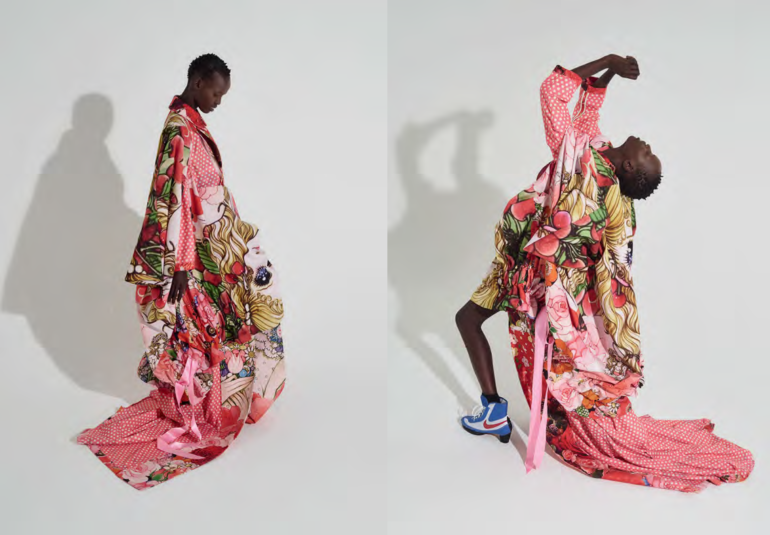 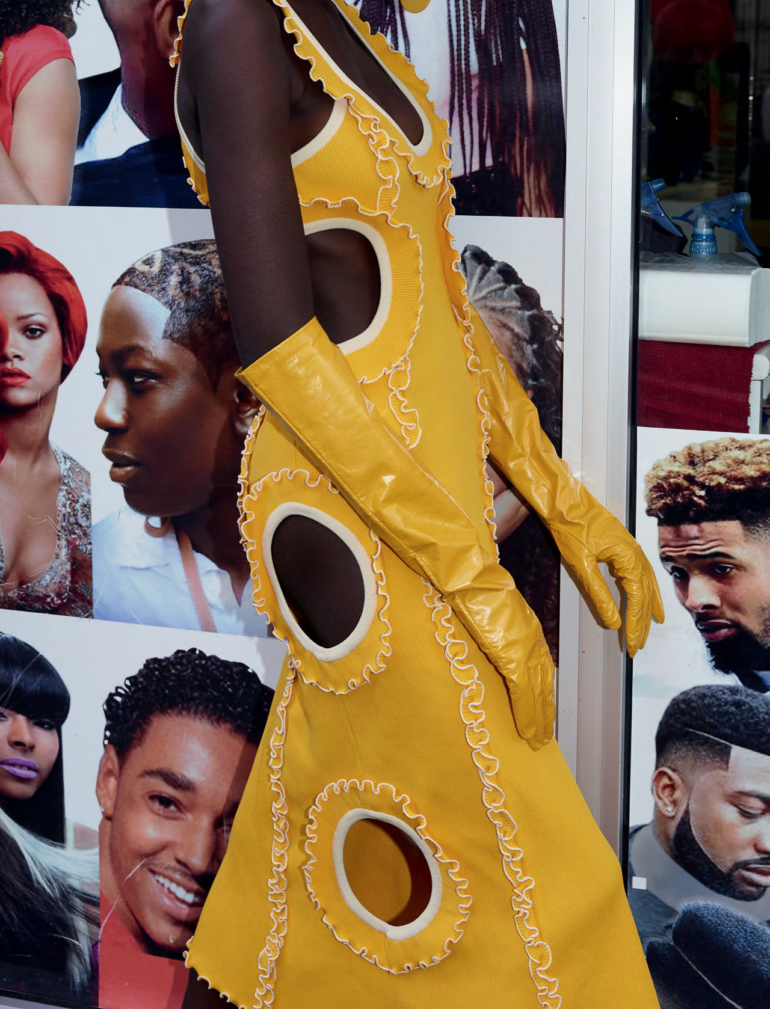 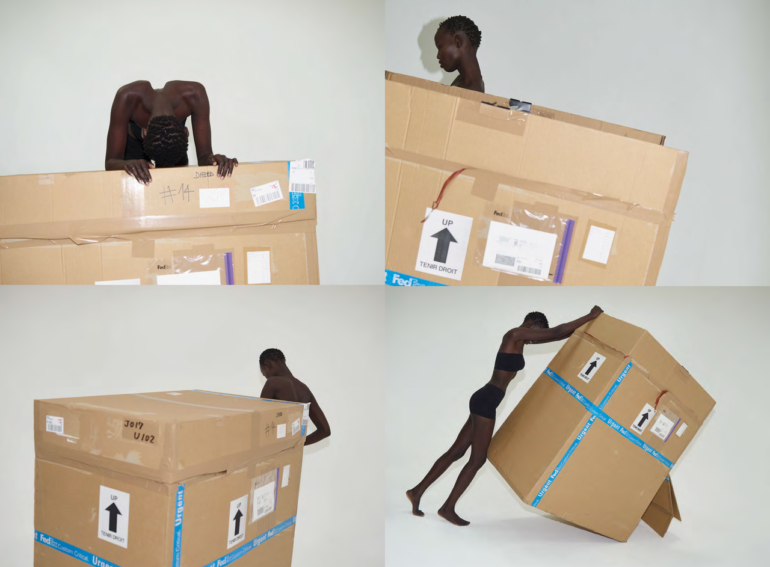 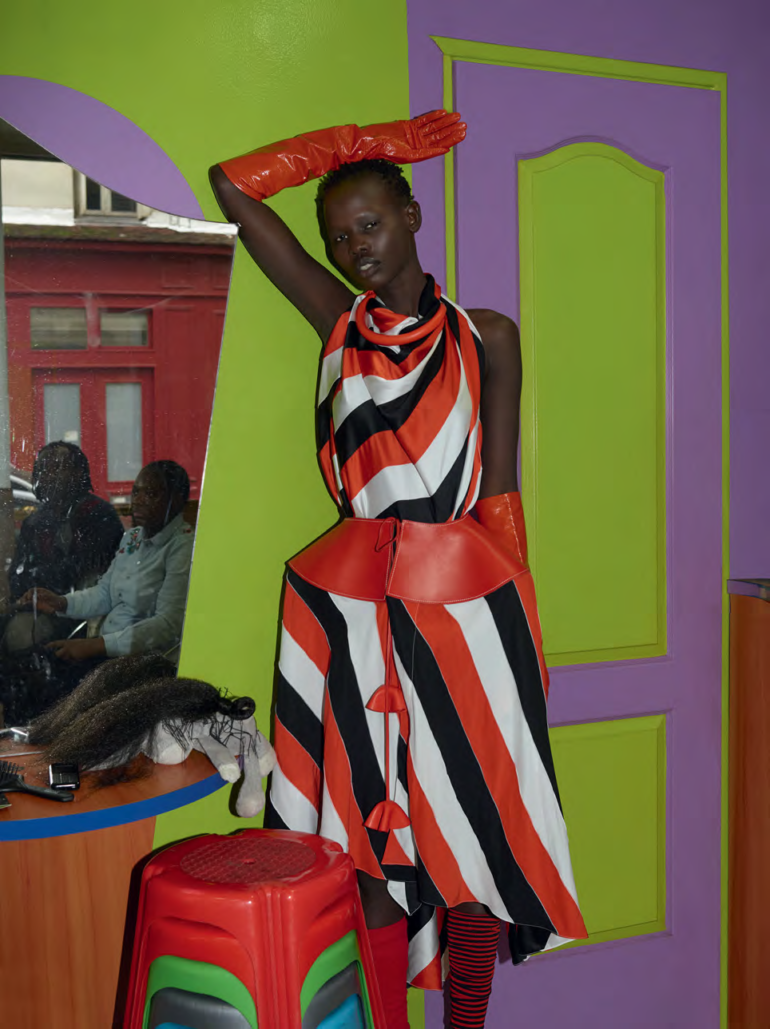 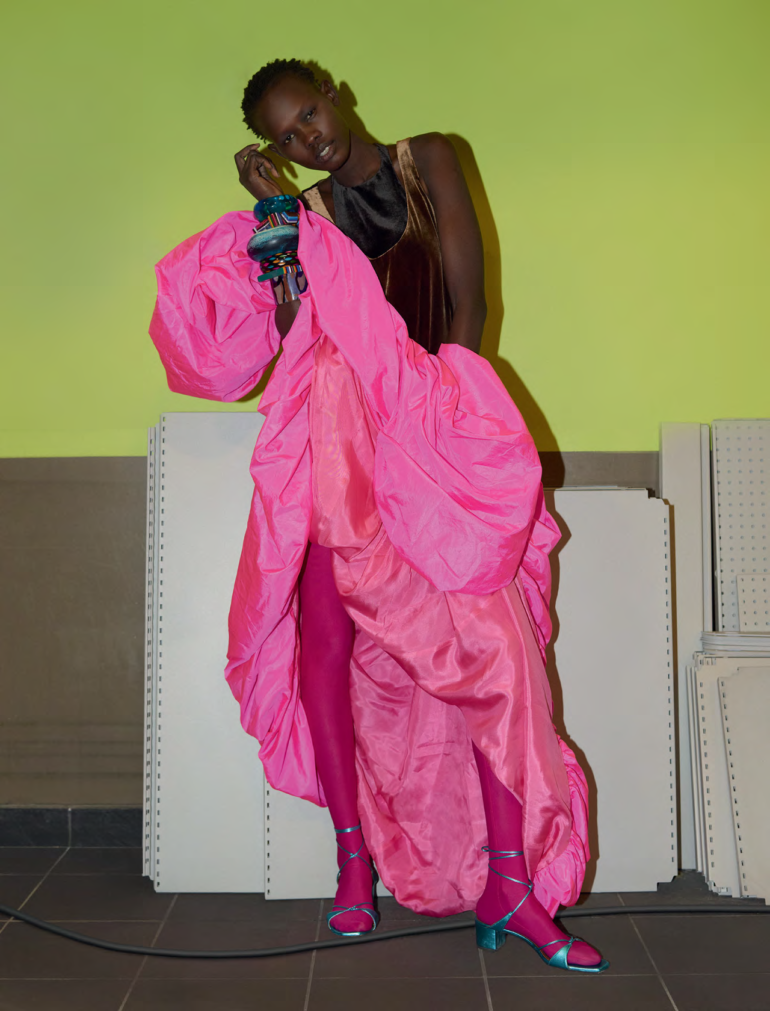 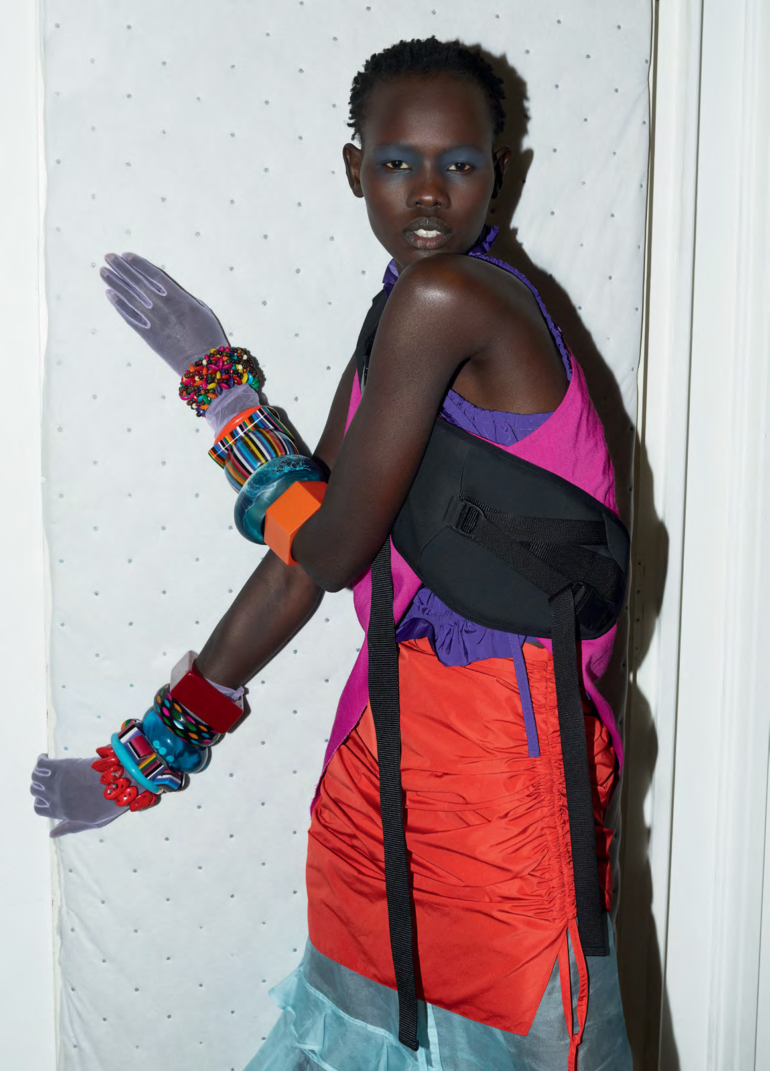 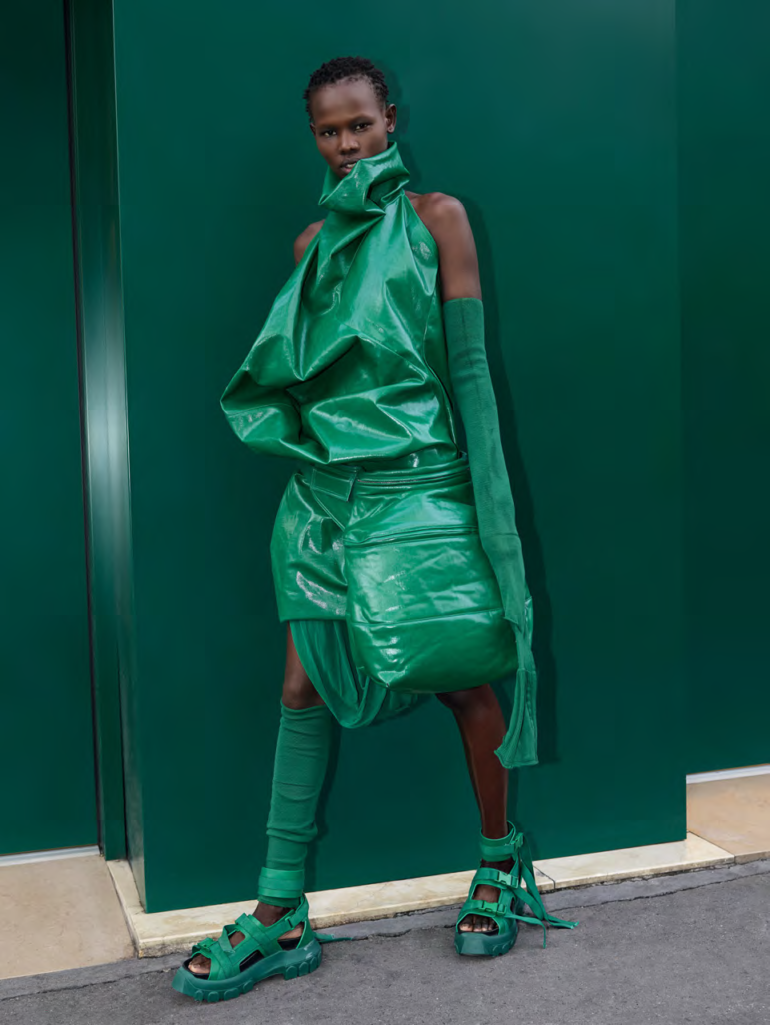 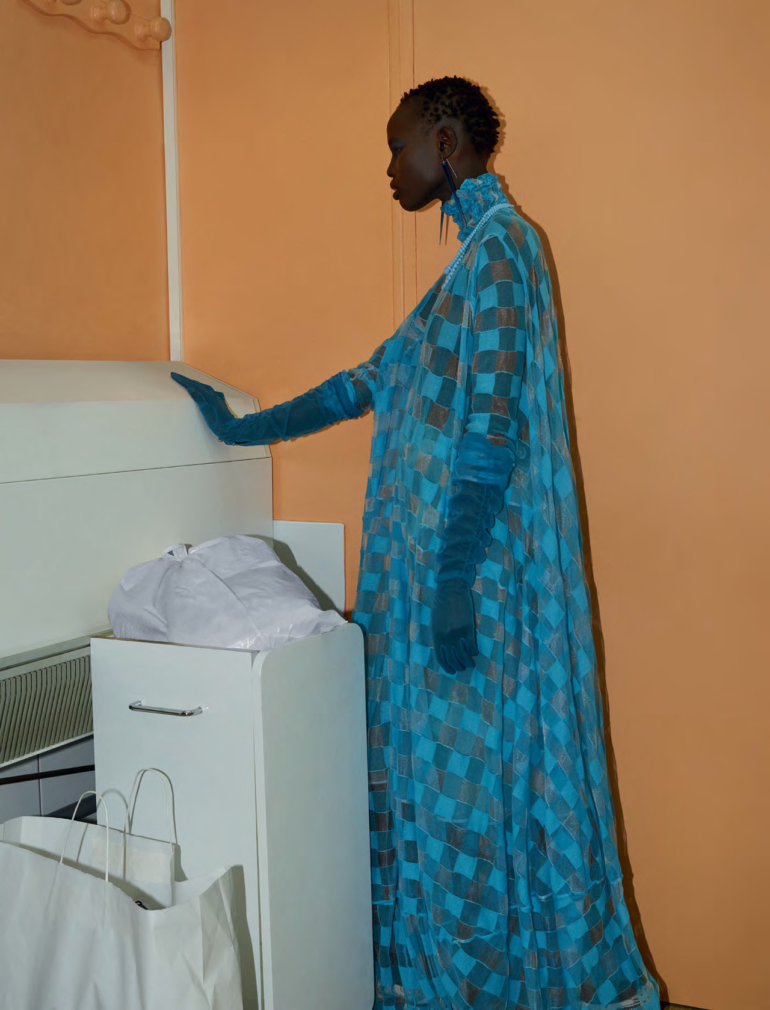 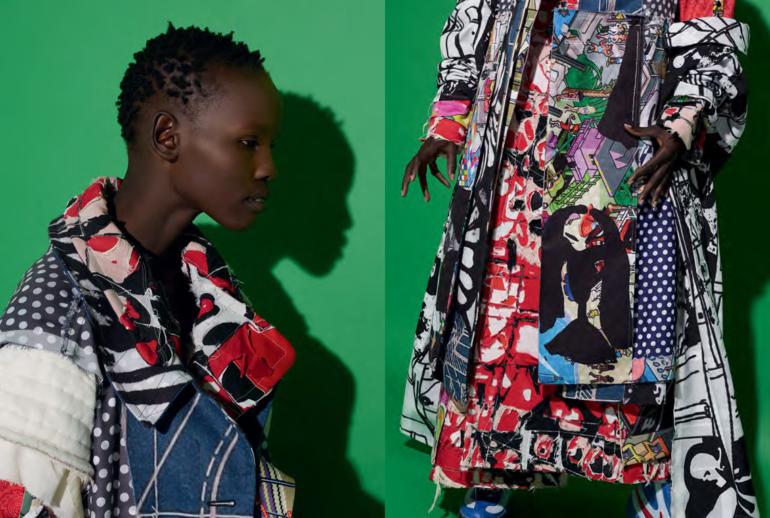 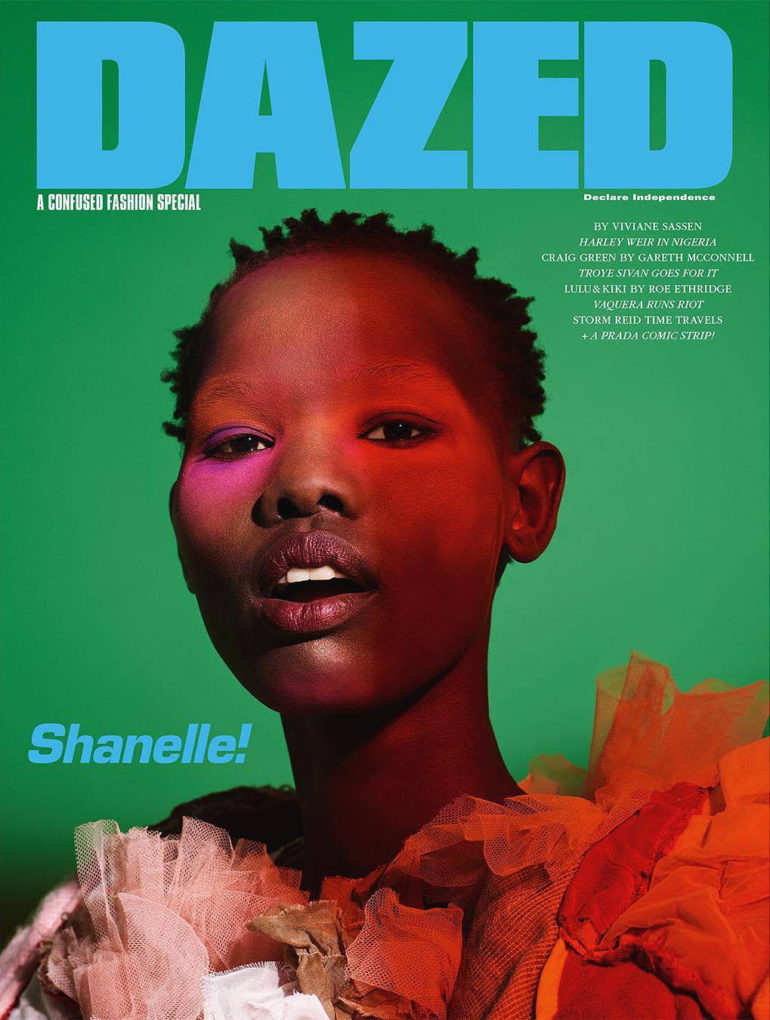 Kinée Diouf is an Abstract Dream in 'It's My Turn'

Back Becomes Front ~ As Surreal Picture Pops Off Page