She is a Phenom. A Powerful Sight. A Beautiful Bird. She’s a Woman in Flight. A Heroine On High. Her Passion Ignites. She Never Fears a Fall. Light is Her True Might. Don’t worry dear one she feeds upon the sun, a fantastical female she is artistry undone. Living and learning to weather the storm, a fighter of the sky, she is ethereally adorned. Her body is a temple primed to perform, this is evolution in the making as works long to be transformed. Gone are the days of the devoid. The drought is done and we have won… we are here to take over the world… We are the artistic revolution.

Meghan Collison wears a TV screen on her head, with only her eyeball being portrayed in “Remixed Reality” by Craig McDean for Vogue Italia, July 2018. Come dear ones and succumb to the fun as all fair treats are made into one. To the seductive that feed on the complete, this high-fashion favor is a tasty, little treat. An unlocking of the undiscovered, an unleashing of fantasy. Art is the act of becoming one with the creative.

Jamily Wernke Meurer makes quite a statement, while in one image she wears clown couture, hiding in all black except for white ruffles surrounding the neck and wrists. On the other end of the spectrum she gives us the complete opposite effect, floating in ethereal calmness, as her faded image reveals she is half cat. Benjamin Bruno brings out the fierce female in every image, from Christine Sofie in a grass skirt beating on drums to Debra Shaw dancing in Givenchy decadence.

Lisa Butler gives beauty depth and intelligence, by allowing each face to take it’s natural shape. Her instincts are superb. She allows the fine features to tell a story, never rushing to cover or aiming to change. Instead, She’s a Seer, waiting for each face to take it’s natural shape. Either through the use of added cosmetics, or in some cases allowing the skin to speak. I’ve been a fan of this artist’s ability to rise above the expected and deliver drama on her own terms.

Sophie Koella captures our imagination as she sits inside a picture frame, looking like a female warrior from a different era. Butler brings this dream like picture to life, by matching her skin shade to the blue background. Fantasy and high fashion fuse into one as her bright orange eye shadow and lip shade blend with her silken, ceremonial garb.

Malcolm Edwards hits it out of the park with a series of hair styles that will make you swoon. However, the one I must focus on is what I consider the Coiffured Star of the Show. And, Meghan, is the perfect model to make it happen. But first, let’s start with her fabulous face. Butler honors the 40’s era with a defined eye-line, mixed with a simple accent of faux lashes. An application that draws you into the period. The skin is left matte, indicative of that time period, letting her lips steal the show. Here, even in black/white, we can see the colors collide with a mouth defined by a strong lip line. Butler beguiles us with Collison’s beauty without overdoing it. Giving us an authentic look that adheres to the vintage era. Edwards follows this fab-face with a beautiful Bumper Bang, giving us a divinely inspired victory roll. He tops it off with a generous stack of silken bows, and with black/white polka dotted gloves, it just seals the vintage show.

Sarah Fraser delivers a sweetness this story needs, falling into the arms of Tillmann Meister. Later, Tillman shows up in a chair with strange apparatus attached – sitting in silence with shirt off. Two distinct images that reflect the depth of this story. I am truly touched by the power of McDean’s work. Zoe Spink delivers an image that works to connect all the others. Her looks lingers with a softness that speaks and a drive that screams. Despite her years she isn’t touched by fear. Artfully evolved into an individual of epic proportion. She is the Future. A woman of many faces are we?

It is here in the light of the day where we begin our struggle to survive. Our need to thrive in this circus we call Life. Seeing a series of strong women, utterly individual yet compellingly connected. It is here that we are witness to the many Shades of She. This is beyond beauty these are pictures of poetic intent, captured inside the manic momentum. This is freedom unleashed. 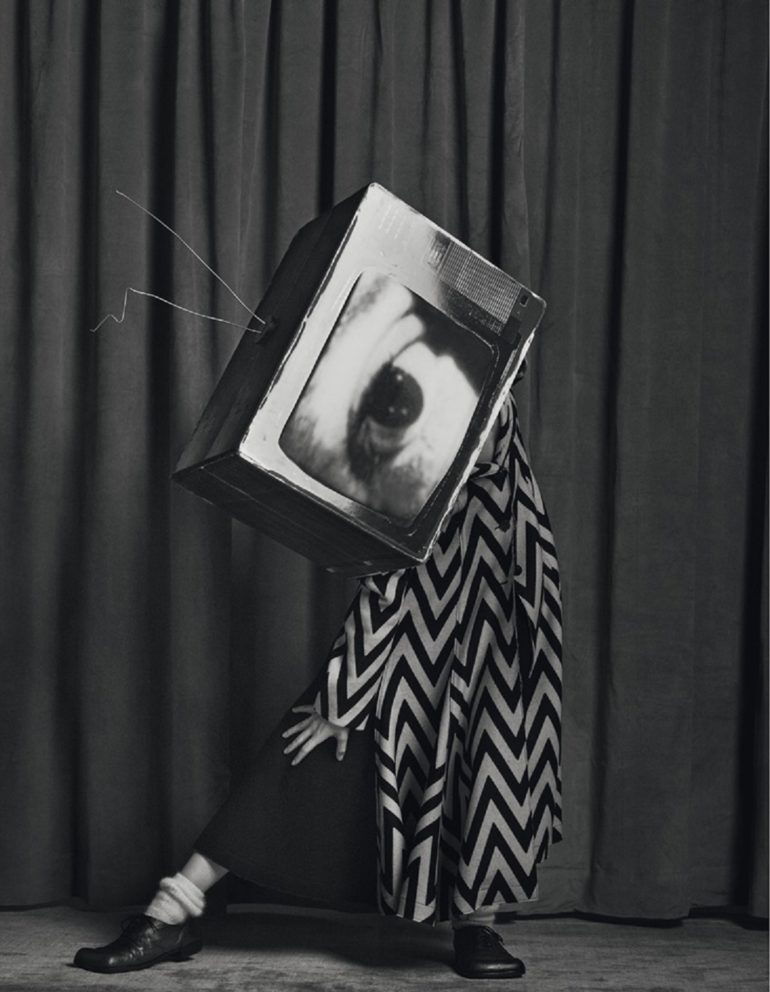 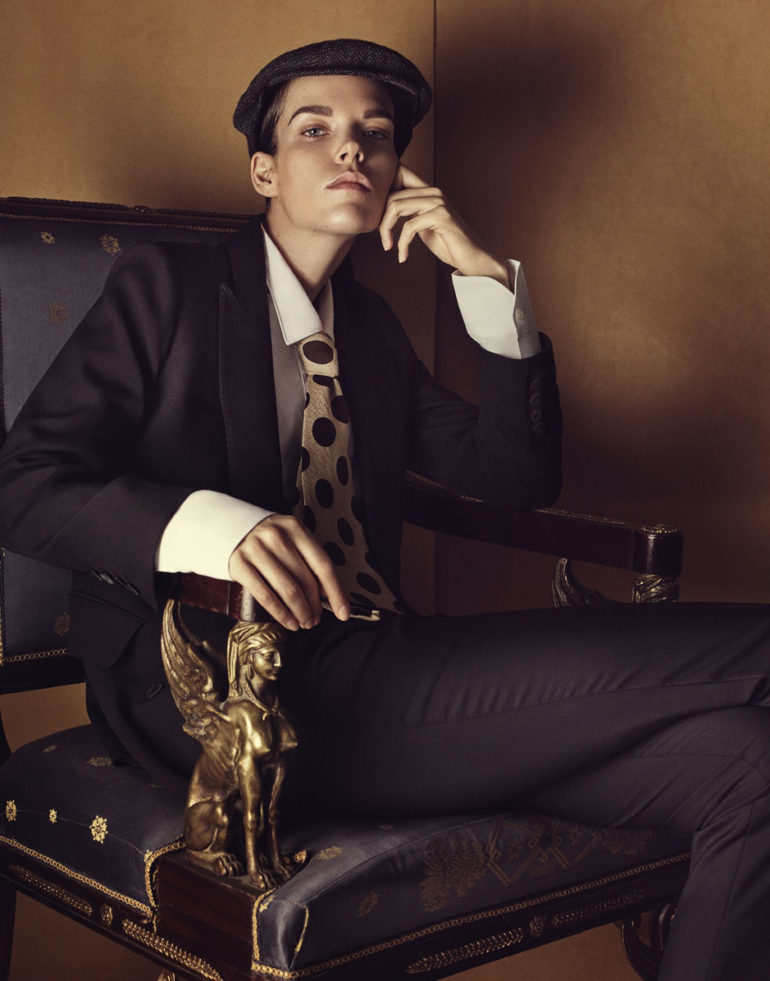 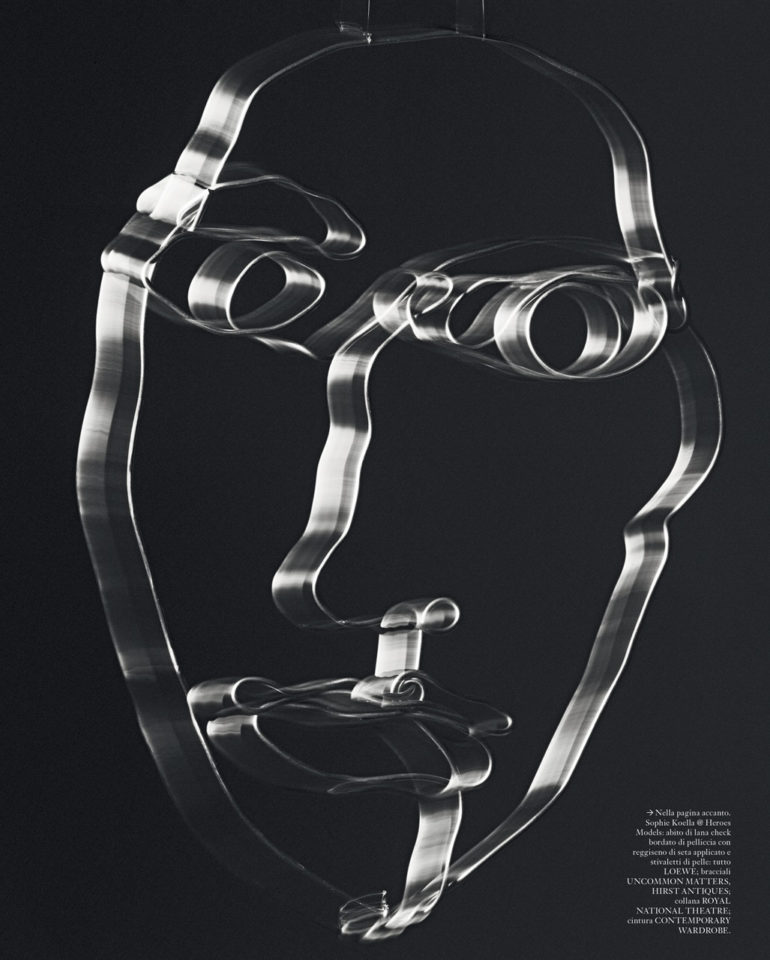 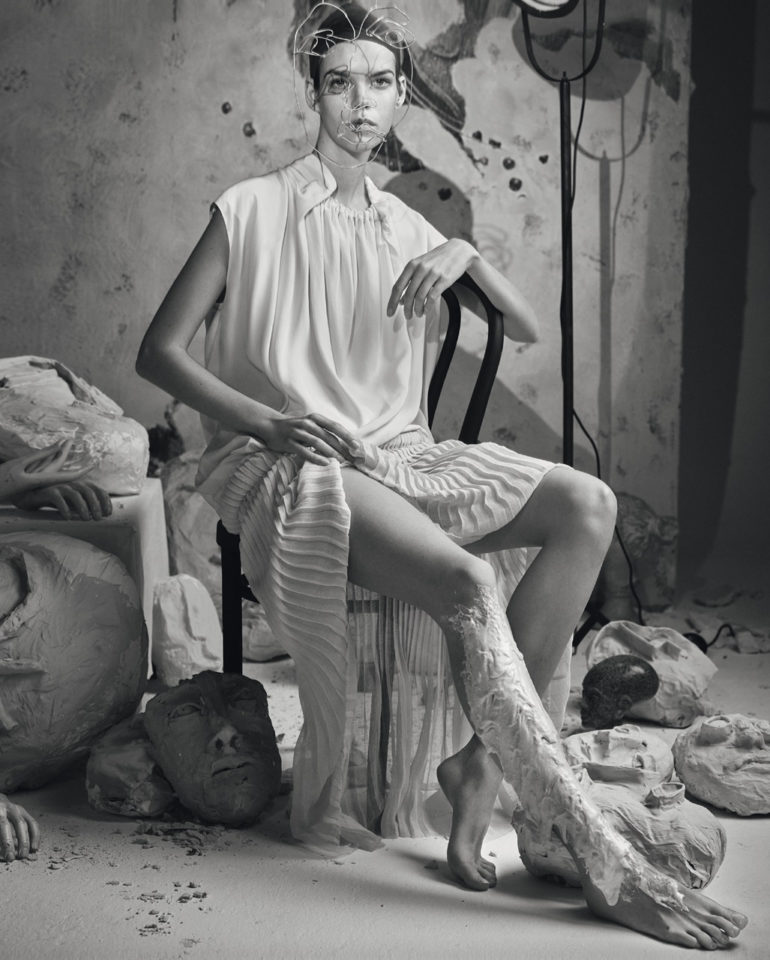 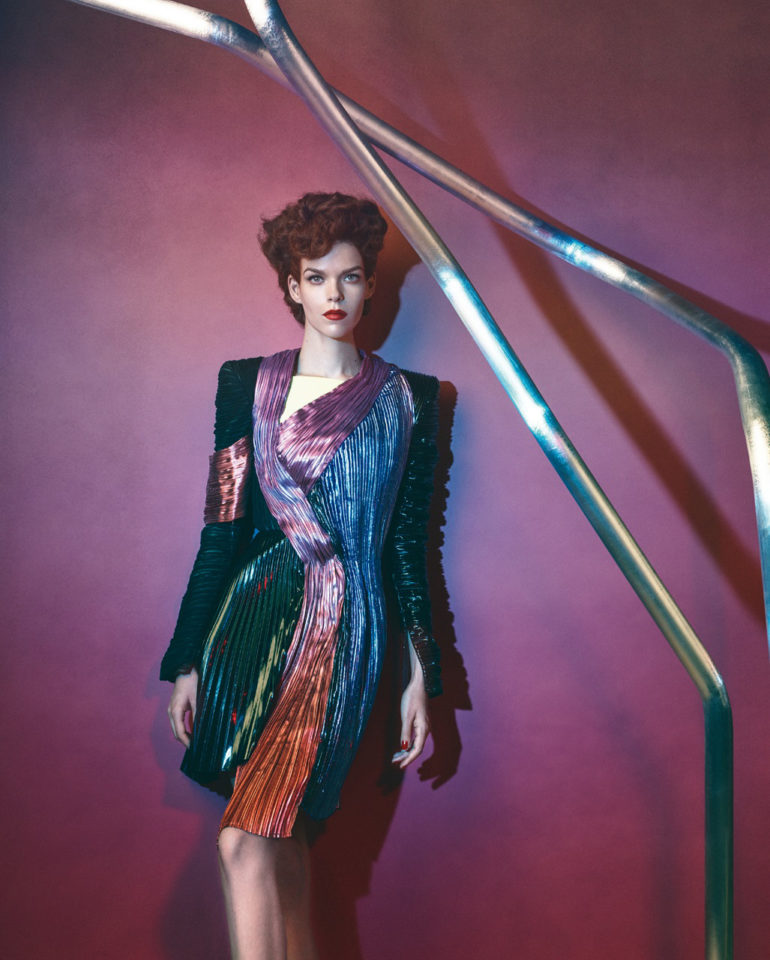 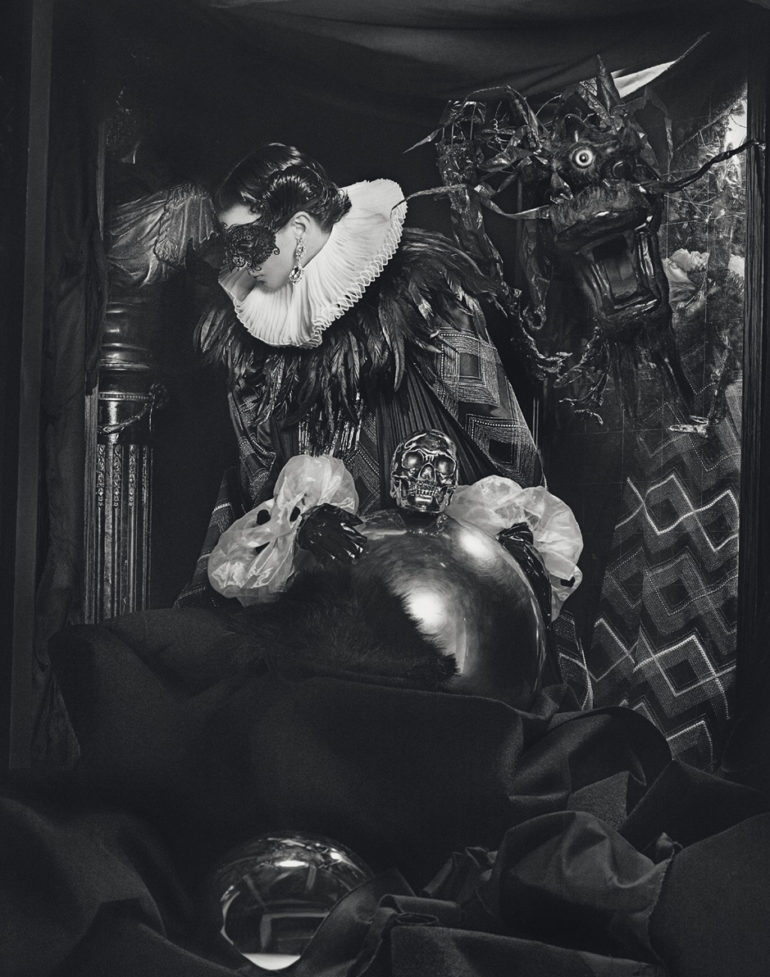 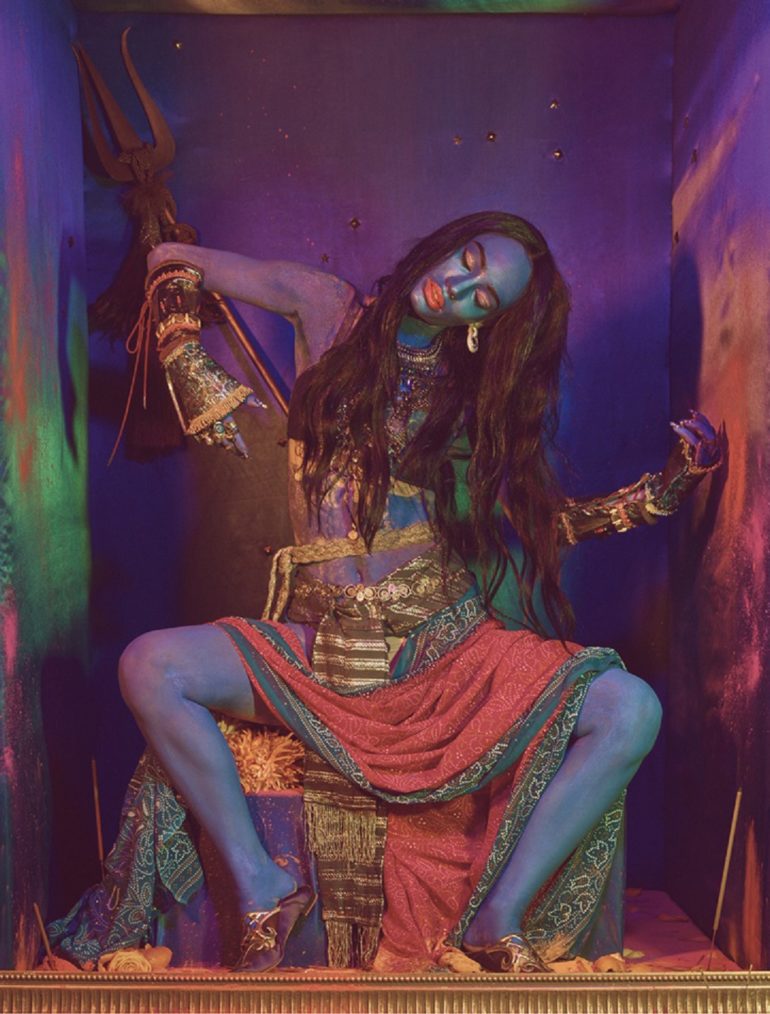 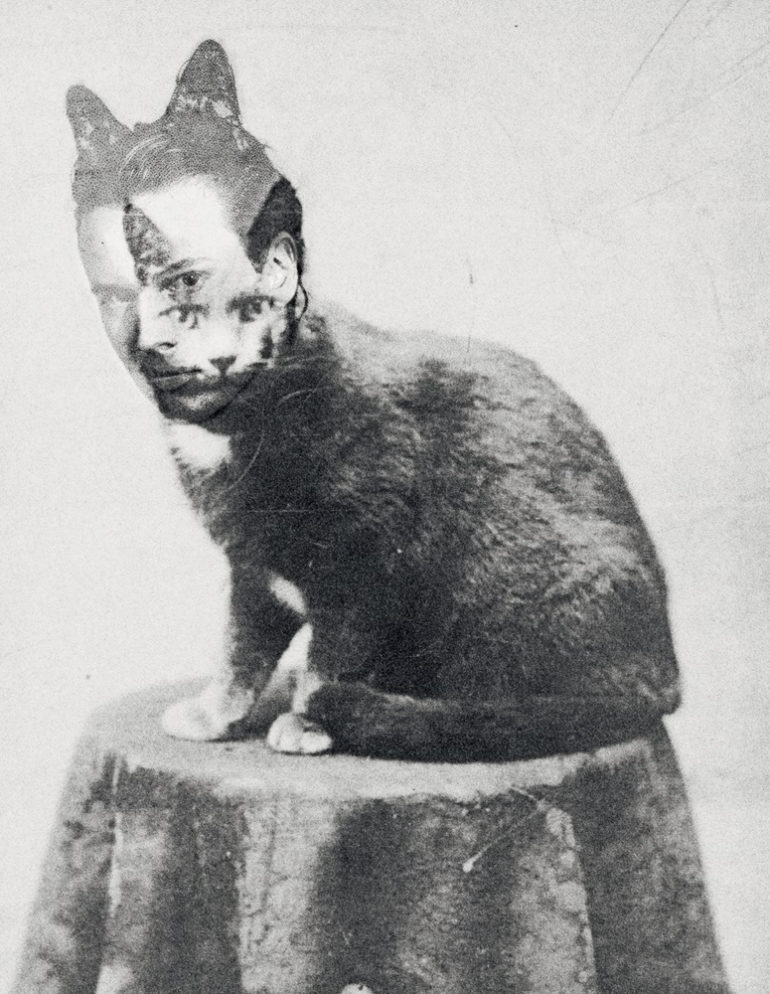 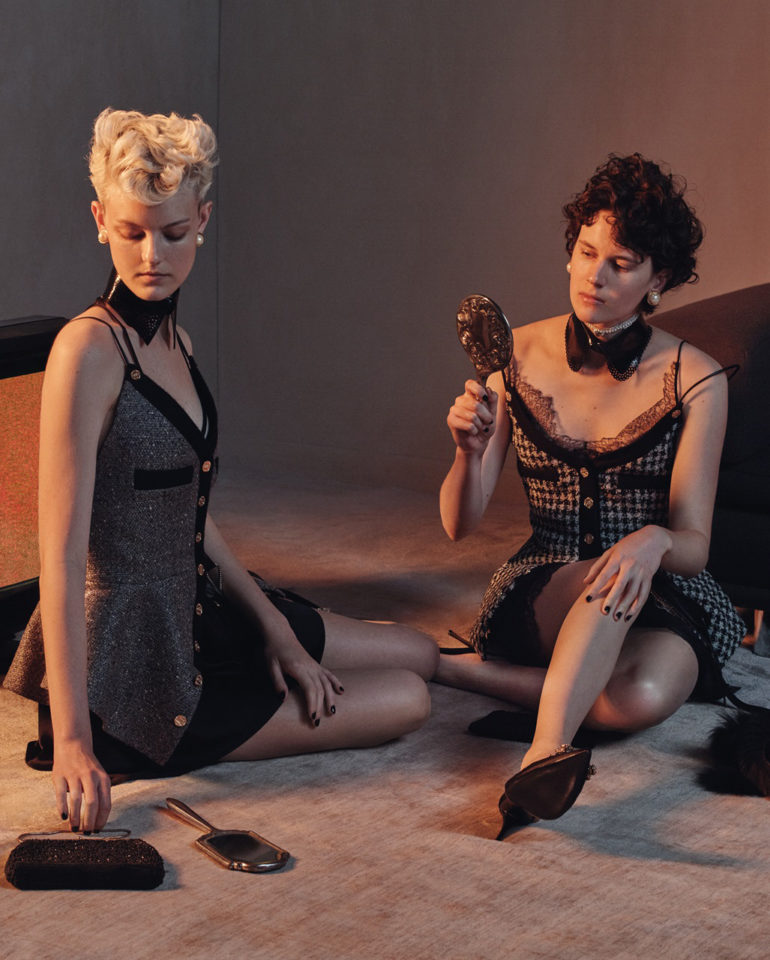 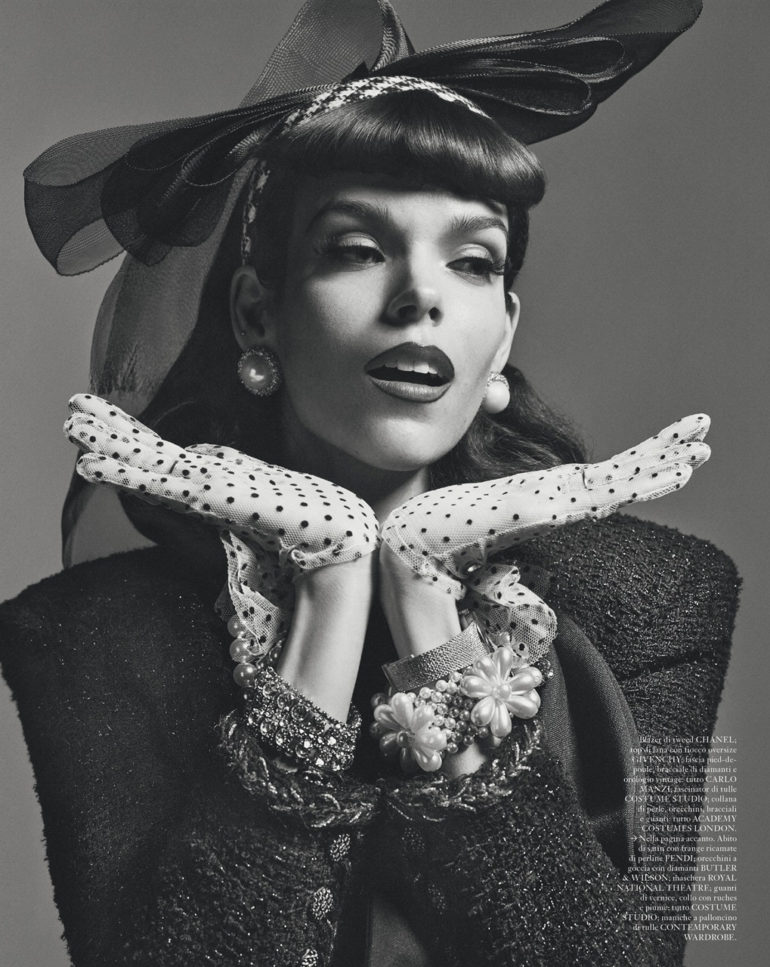 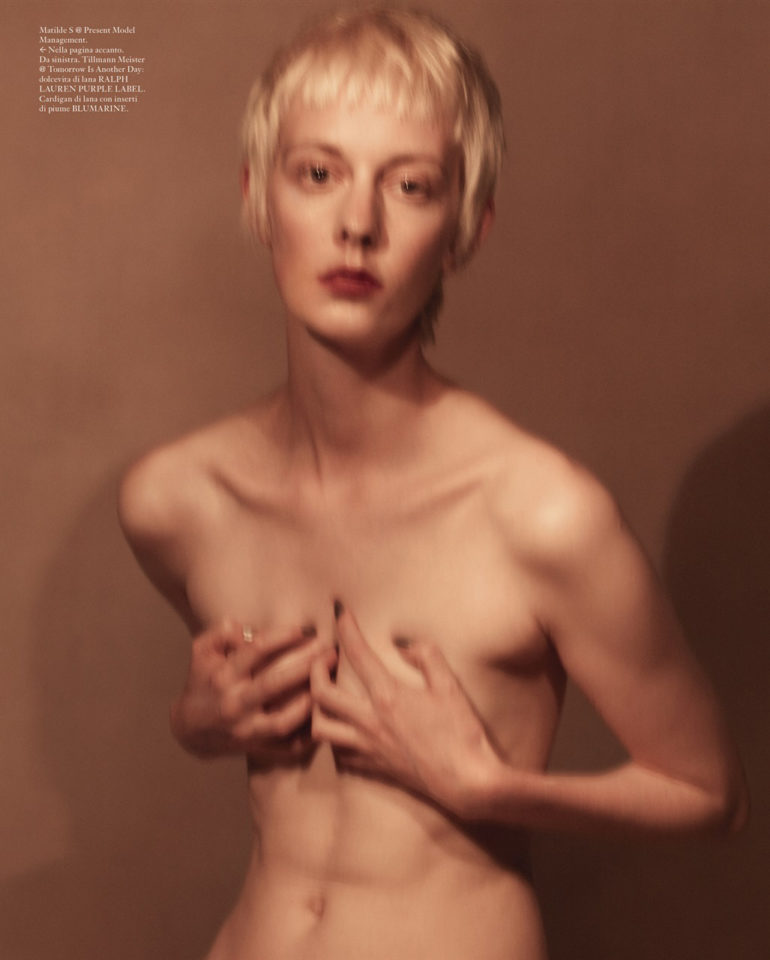 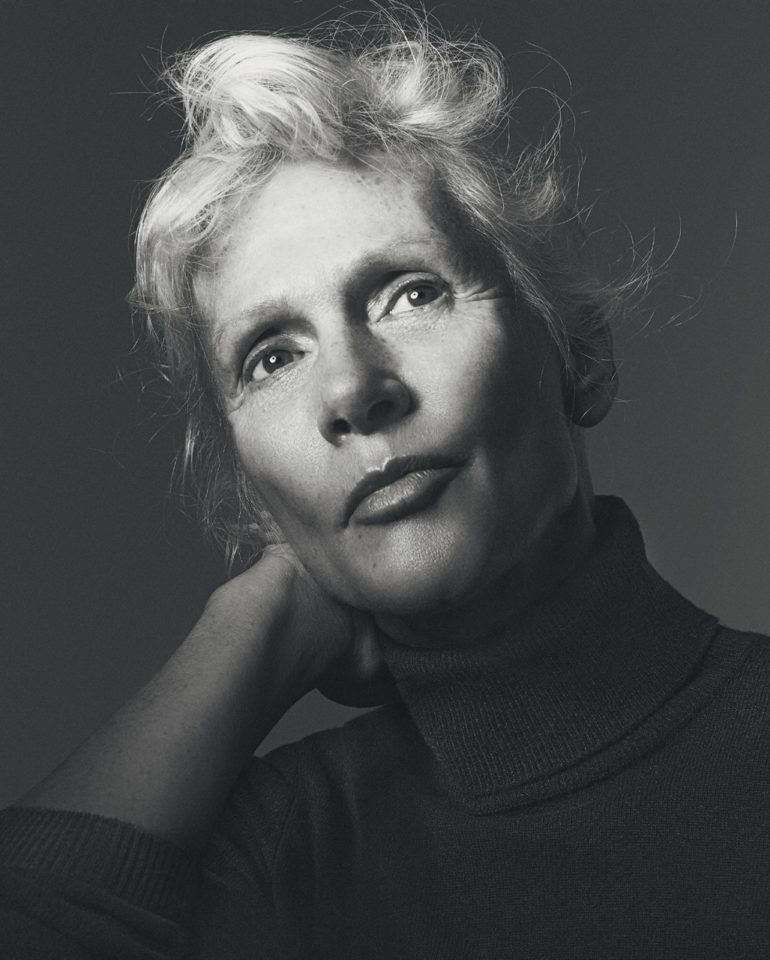 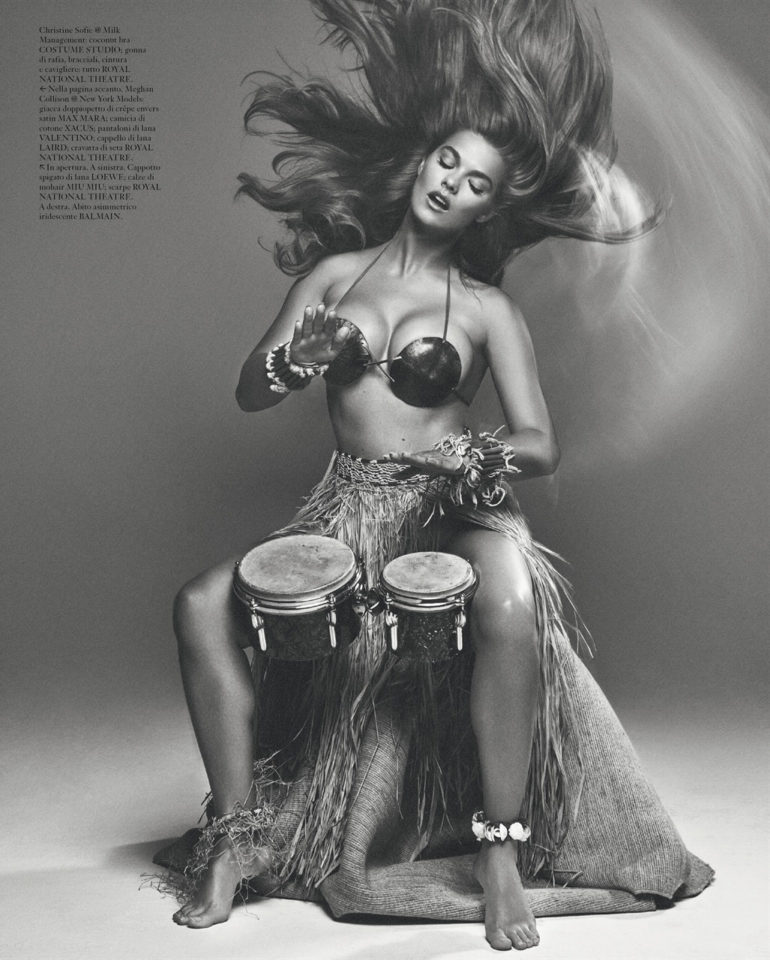 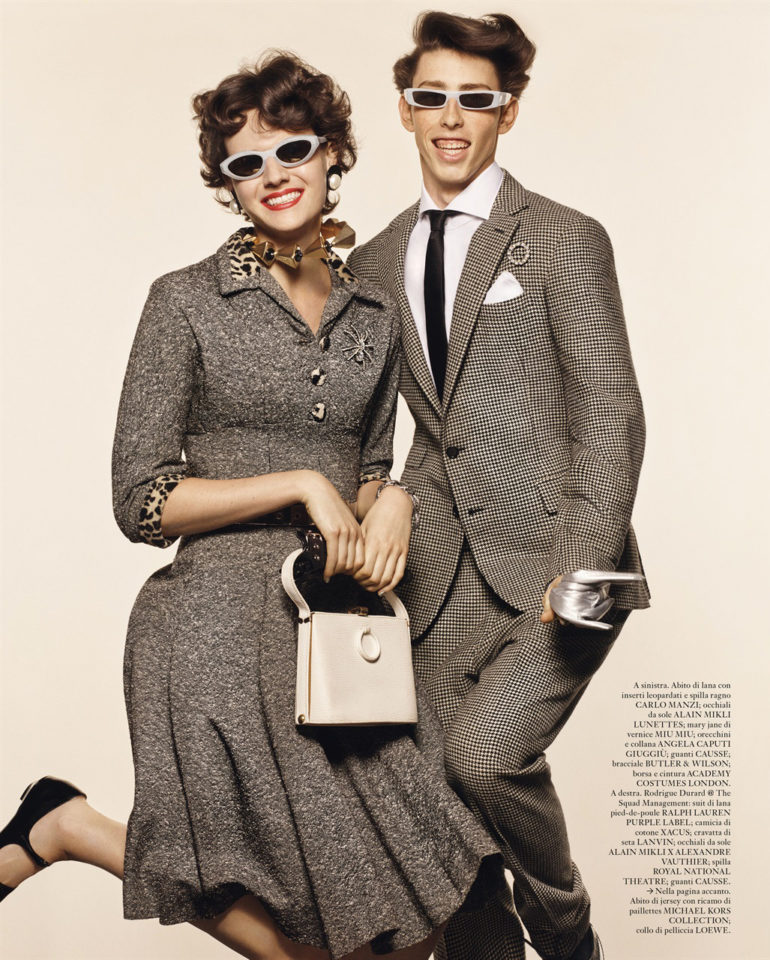 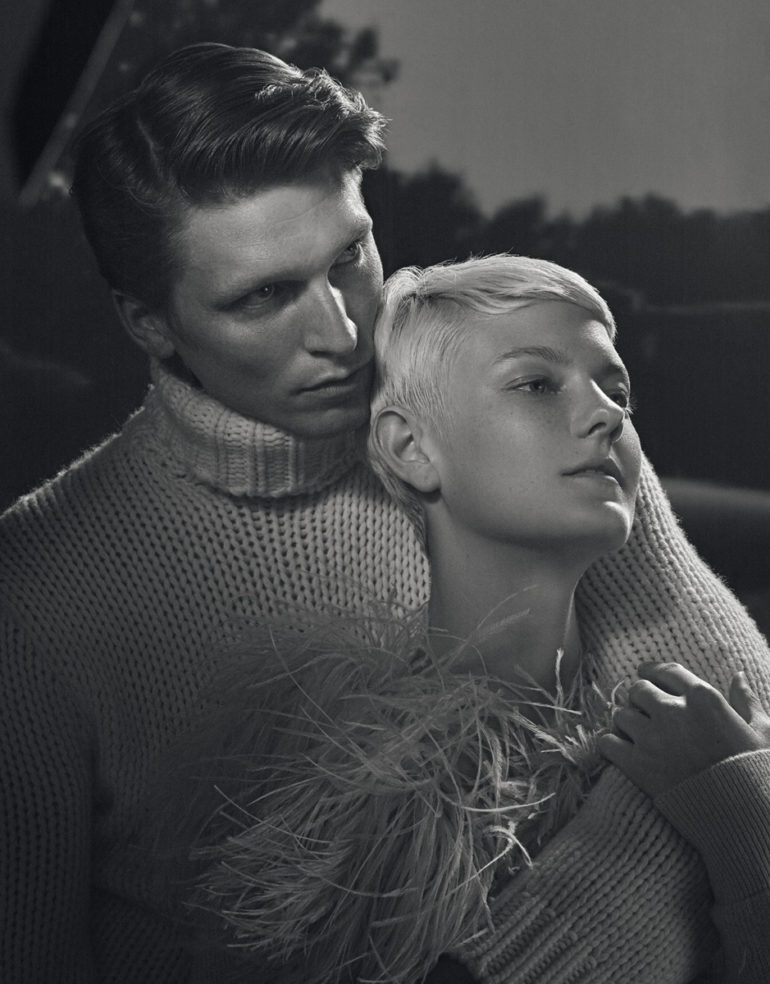 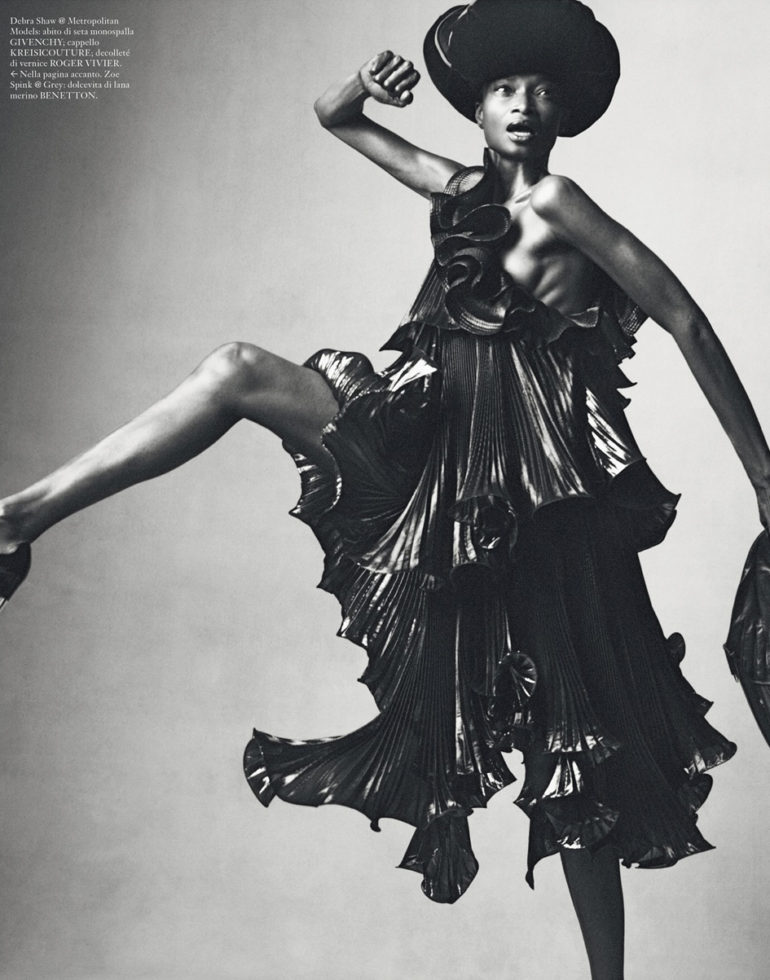 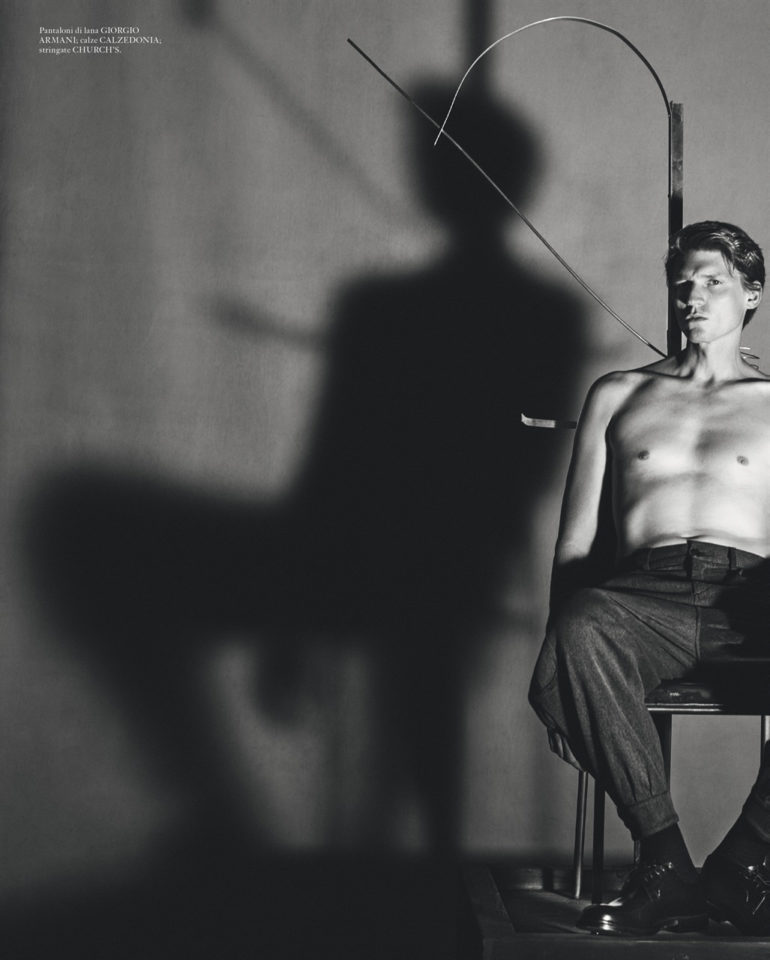 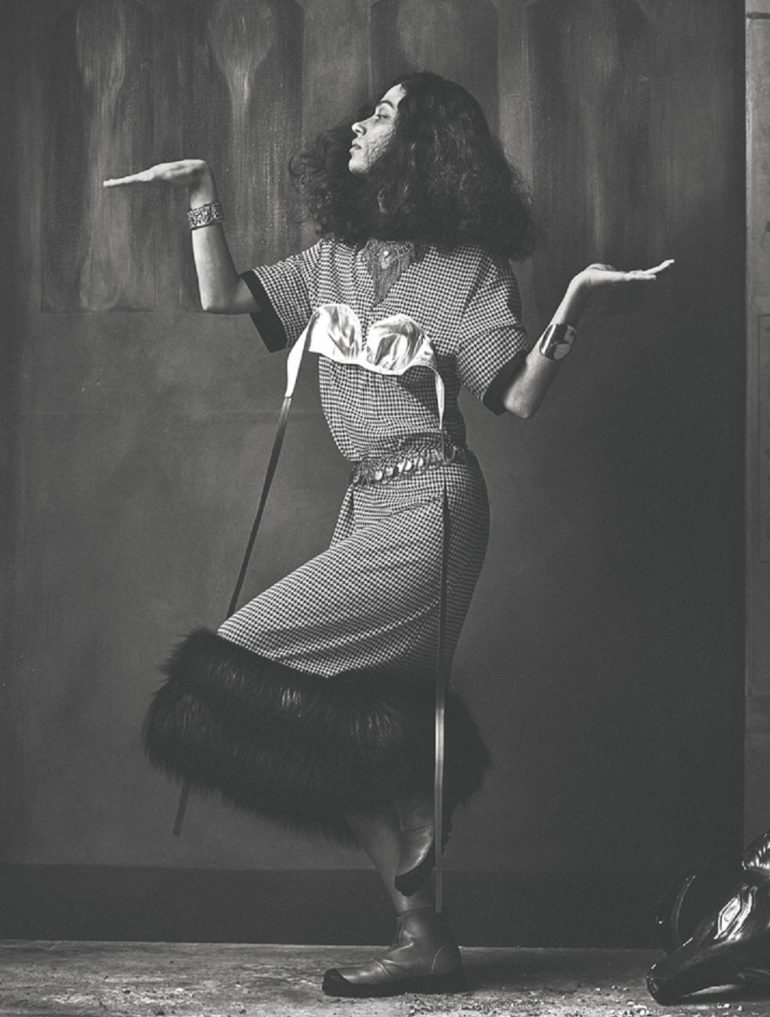 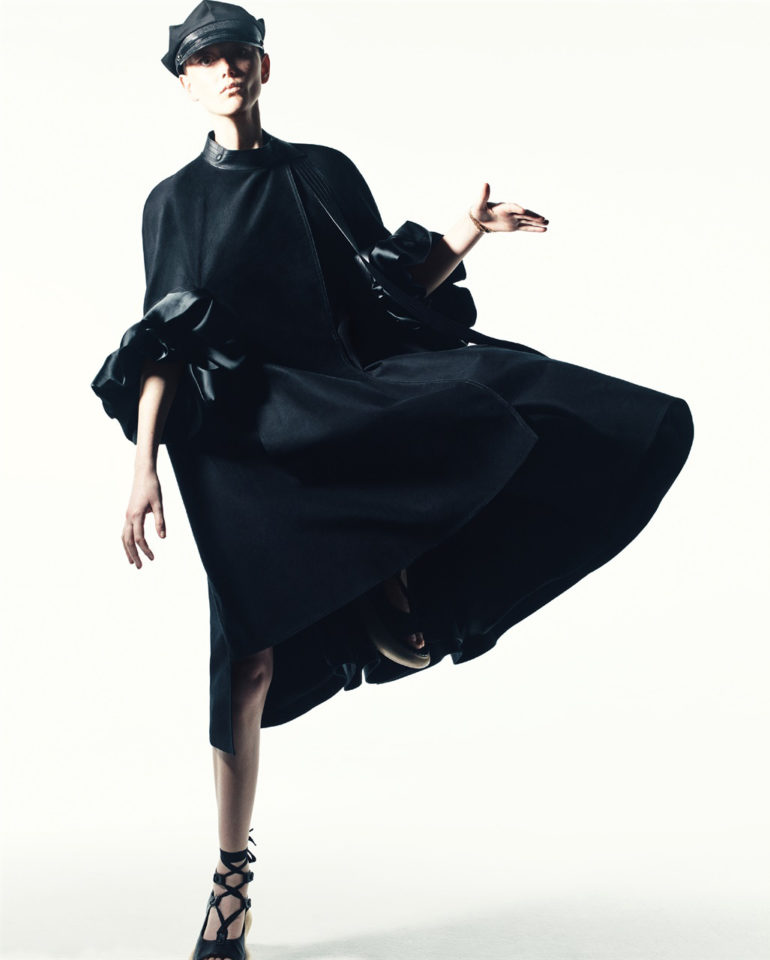 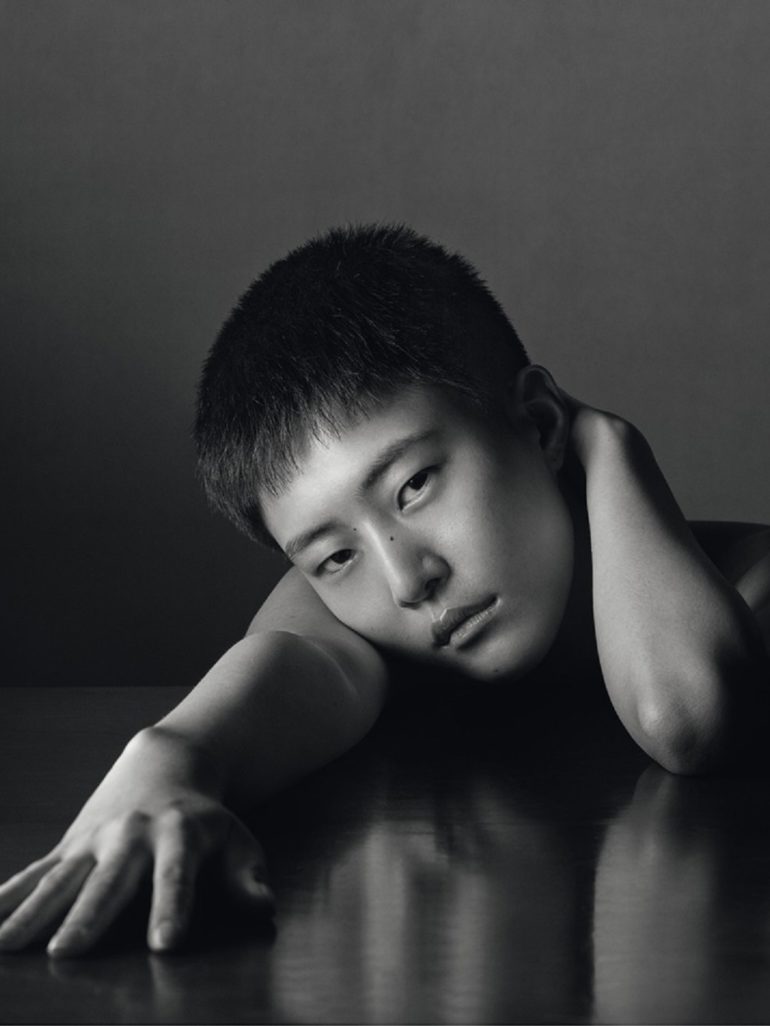 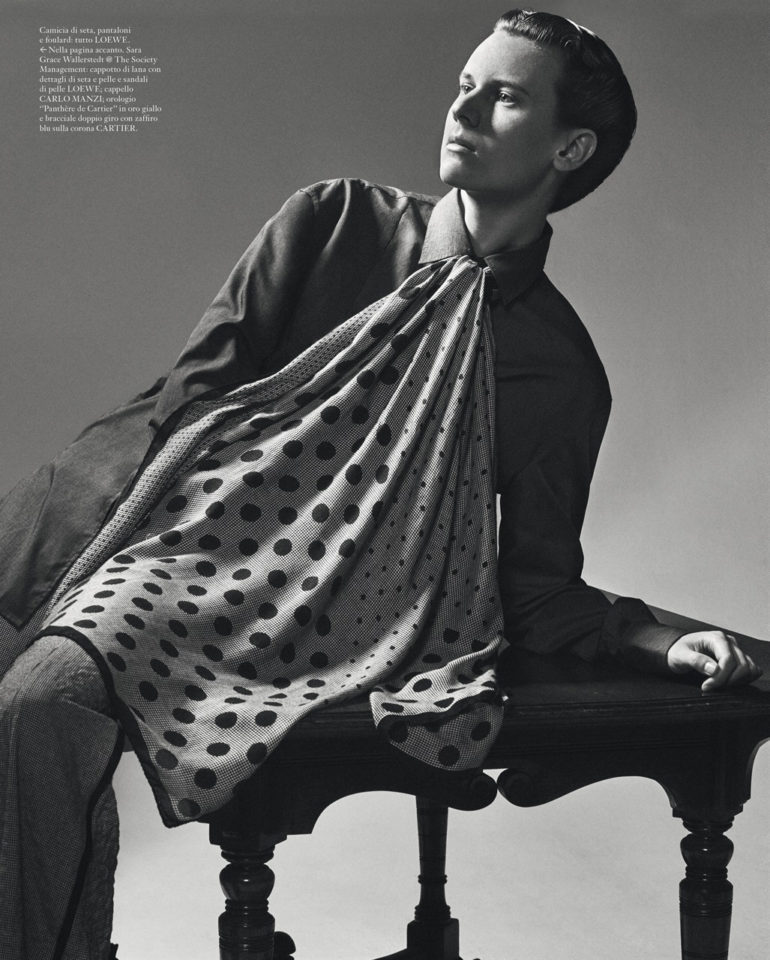 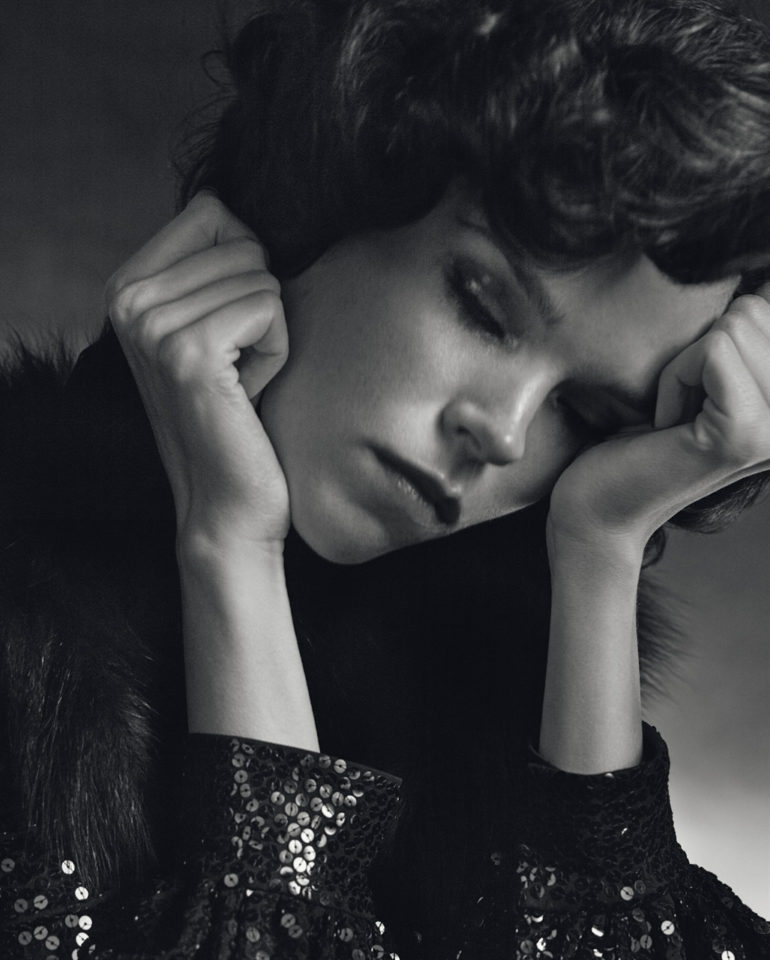 Meghan Collison Goes Inside the Mind of Lachlan Bailey