Fashion is Fit For the End of the World and a New Beginning by Tim Walker for W Magazine, August 2018. Walker Wields his wonder as he shares his strengths, allowing us to see this season’s styles through a peak into his mind’s eyes. Coats are the thing, as looks pay homage to the past with puffy jackets projected straight from the 80’s. Fashion is entombed as a series of vintage attire is artfully encased in plastic wrap. Oversize garments layer in unending fashion, as if preparing for aapocalypse. Sara Moonves celebrates the idea of modern exploration by taking us into the tomorrow of today. It’s the beginning of a new day as Parker’s & Puffer’s christen a new way. Welcome to Fall 2018 as we embrace the Dawn of a New Era.

Sara Grace Wallerstedt & Ana Viktoria make a unique combination, wrapped in yellow plastic they’re wearing a strange array of nunnery garb and fishing attire. Laying behind a neon wrap they hold their hands up in a prayer of peace. “Anjali Mudra is used as a posture of composure, of returning to one’s heart. This is a process of unification. In the West, we translate this gesture as a posture of prayer.” In the red room a model holds her hand out signalling us to stop, donning a utilitarian bodysuit under a transparent coat by Marine Serre. In another room neon blue floods Sara Grace’s face, as she drowns under layers of coats topped in red fur. Diametrically opposed these clothes are open yet closed. Each image is covered yet clear. Emotionless creatures all appear unmoved, yet each image tells a unique story. Art is a Revelation. Finding their way through these rapturous rooms they do what they must do.

Layers of luscious looks come from houses with such names as Balenciaga, Prada, Monclear & Raf Simons. Fusing fashions from Marni to Missoni and Issey Miyake to Maison Margiela, bringing styles that carry with them a sense of symbiotic power. Maeva Giani Marshall is gorgeous in all Prada green, showing a face full of freckles under a mask of clear plastic. In one of the most compelling captures we see all of our models in Moncler’s Pierpaolo Piccioli clothing. Floating through the aire wearing all white, they look like a mix between Michelin (Wo)Men and robbed, angelic figures. Like fashion pods they grow in white puffy coats, standing one-by-one, all stunningly similar yet uniquely different.

Leaving behind the concept of no makeup, Val Garland’s relationship with features had redefined the idea of a naked face. By reestablishing the boundaries of bare she’s been able to really show the skin. One of her most compelling cosmetic captures is defined by her ability to draw out many distinct eye shapes. Focusing on the planes of the face, she uses soft shades that are just above the skin’s nature tone. That allows the orbital drama to ensue, giving shadow an unexpected depth/dimension. Utilizing the features she doesn’t attempt to cover, instead she works to release. What I mean by that is areas normally covered are now being featured. Eyes once considered too far apart are today seen as the epitome of beauty. Cyndia Harvey utilizes hooded attachments as a way to put a cherry on top of this exquisite pie. Coiffured garments top this story off, with eclectic headgear often apart of the ensemble proper. Distinctions are made from crowns of glory to coronets worn by nuns. Surrounded in shining silver Tsunaina’s beauty speaks of a calmness collected, while Zuzanna Bartoszek bares the baldness of raw beauty. Burgeoning beauty beckons us to stay calling us to come yet waving us away.

We are stepping into a new world. Negative energy is a picture of the past. I see eight, unique people not grouped by sex or stature, but simply individuals with their own identity. Halt I Say For This is the Day When Stop is a Word We Throw Away. At the Stained Glass Alter They Stand and Stare as All For One is the Brand They Bare. Well Inside This Trios Fare Lives Females Dressed in Habit Wares. Three Females in Garb Fit for a Nun while Two Men and One Woman Wear All but None. Will These Rapturous Turns Take a Cataclysmic End or Will Tomorrow Mark a Spiritual Ascend?   poetic prose – tanyajo 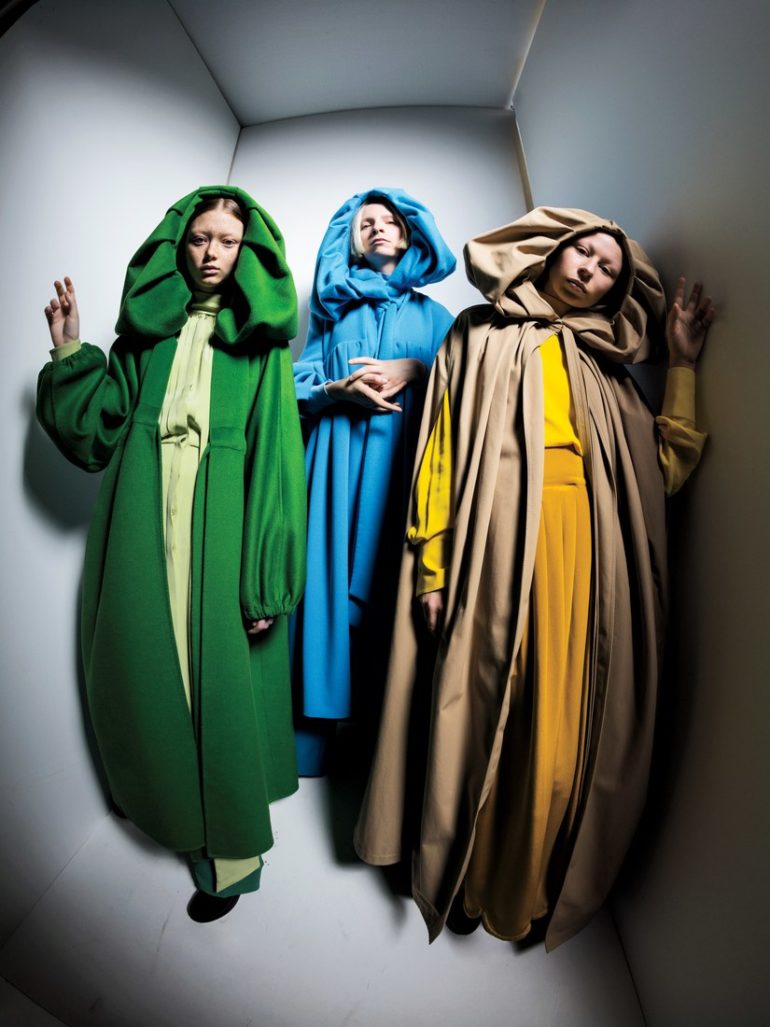 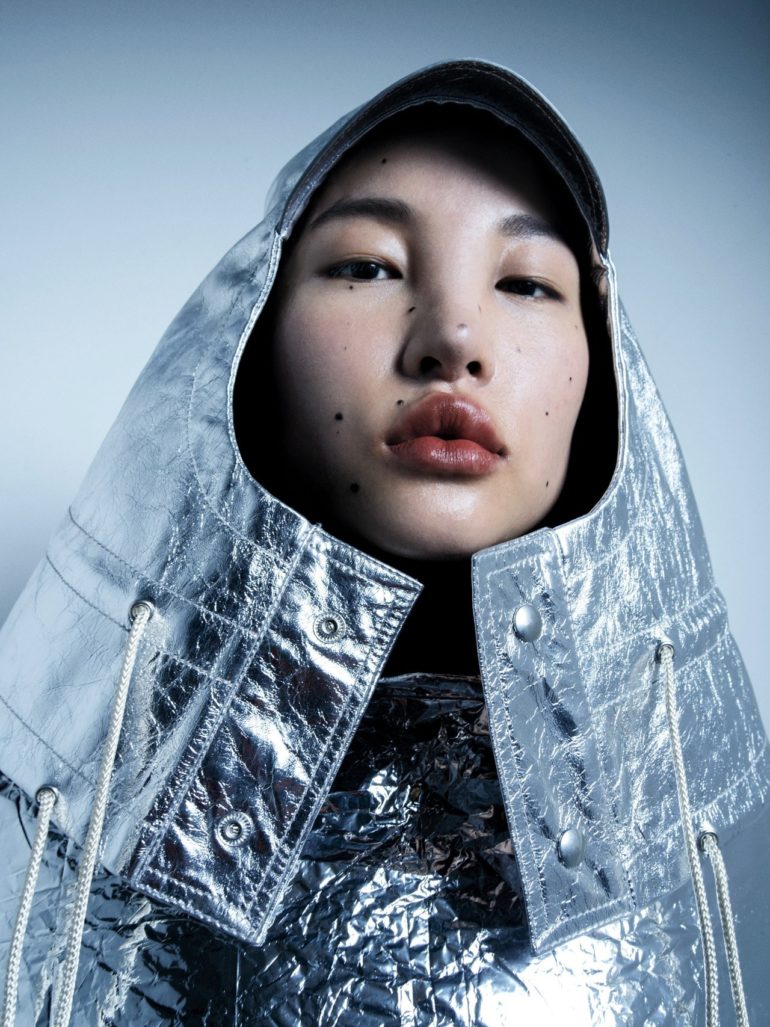 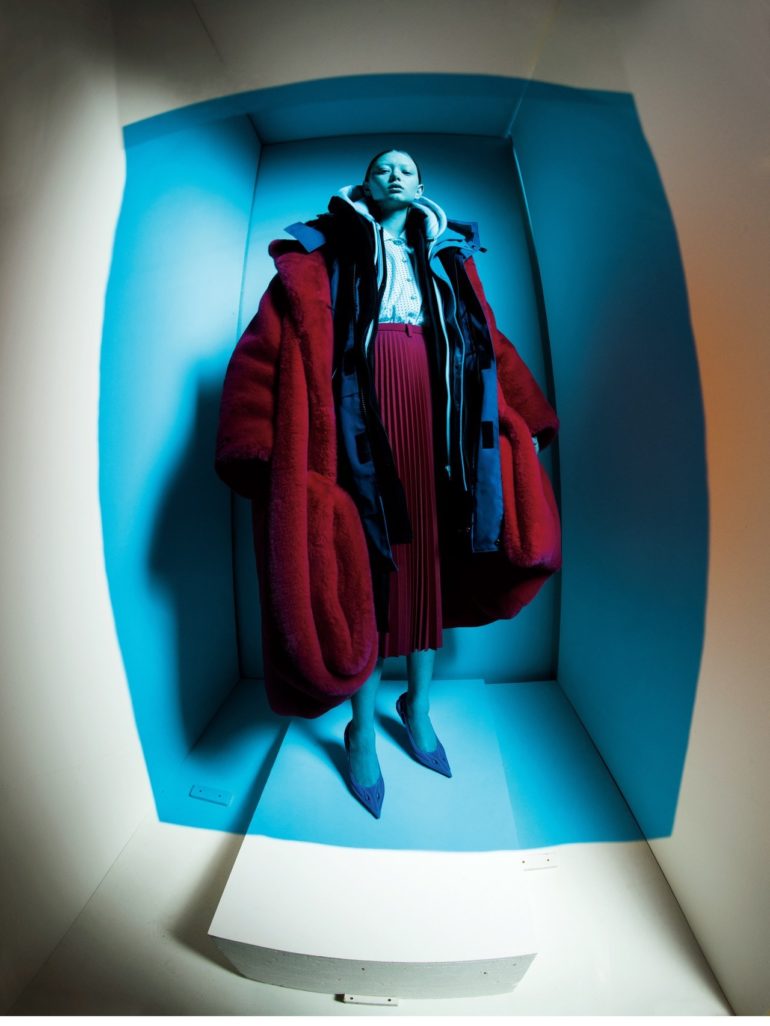 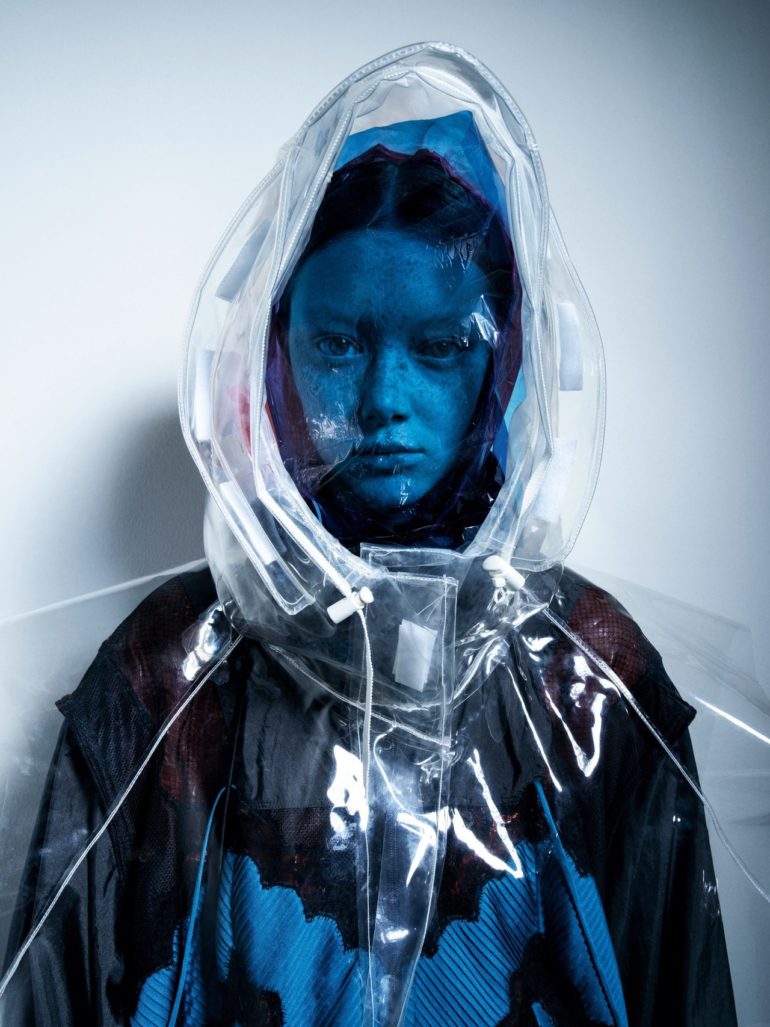 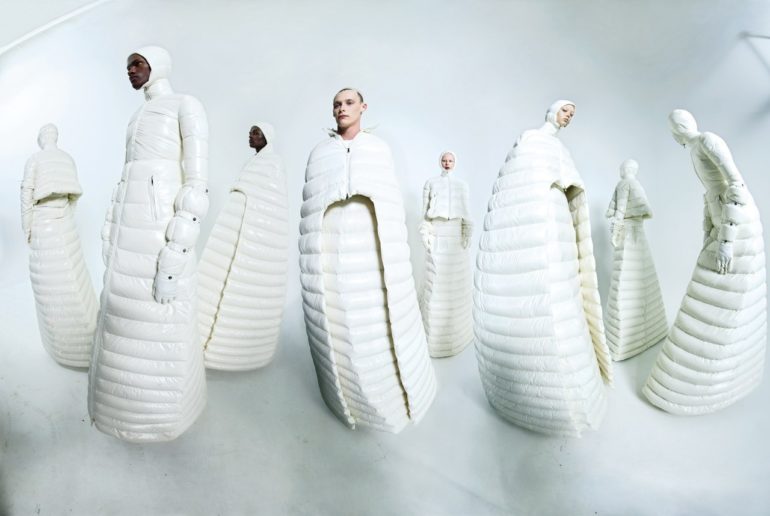 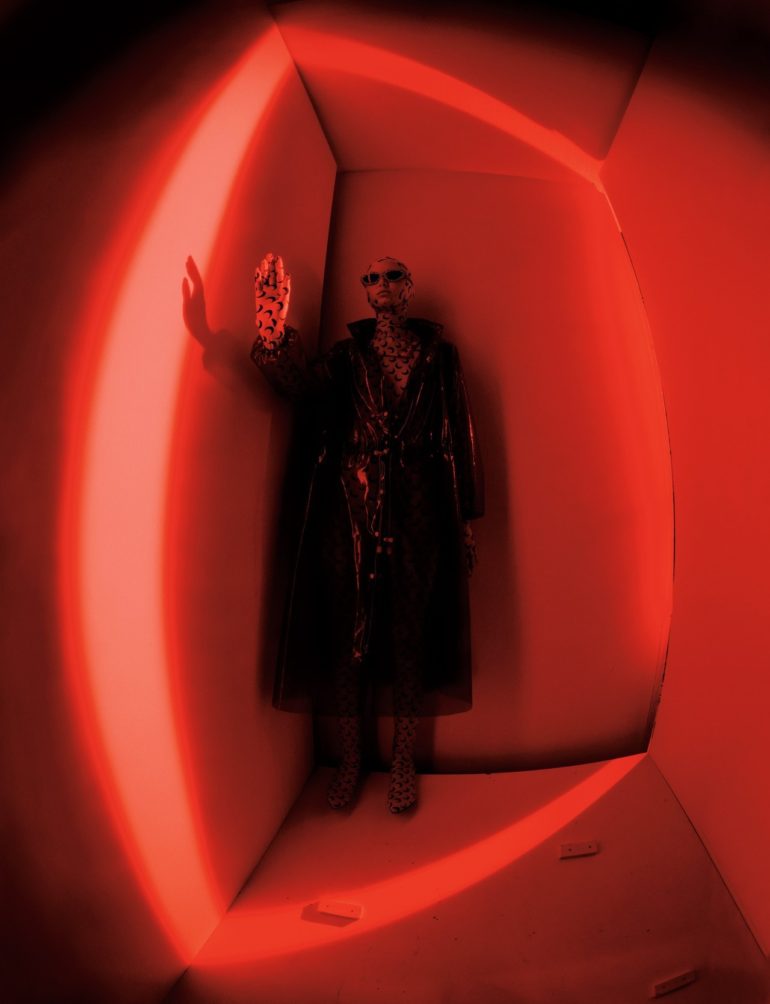 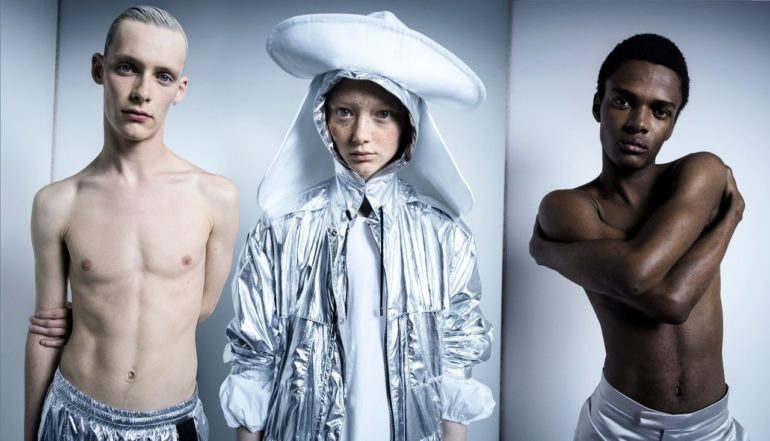 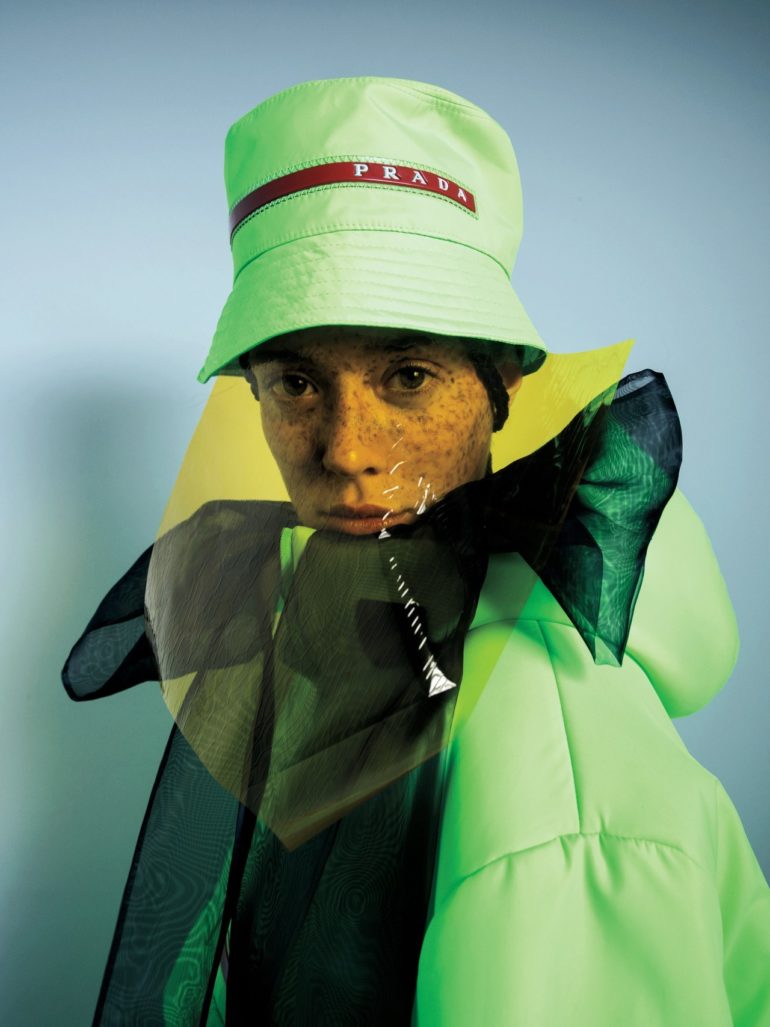 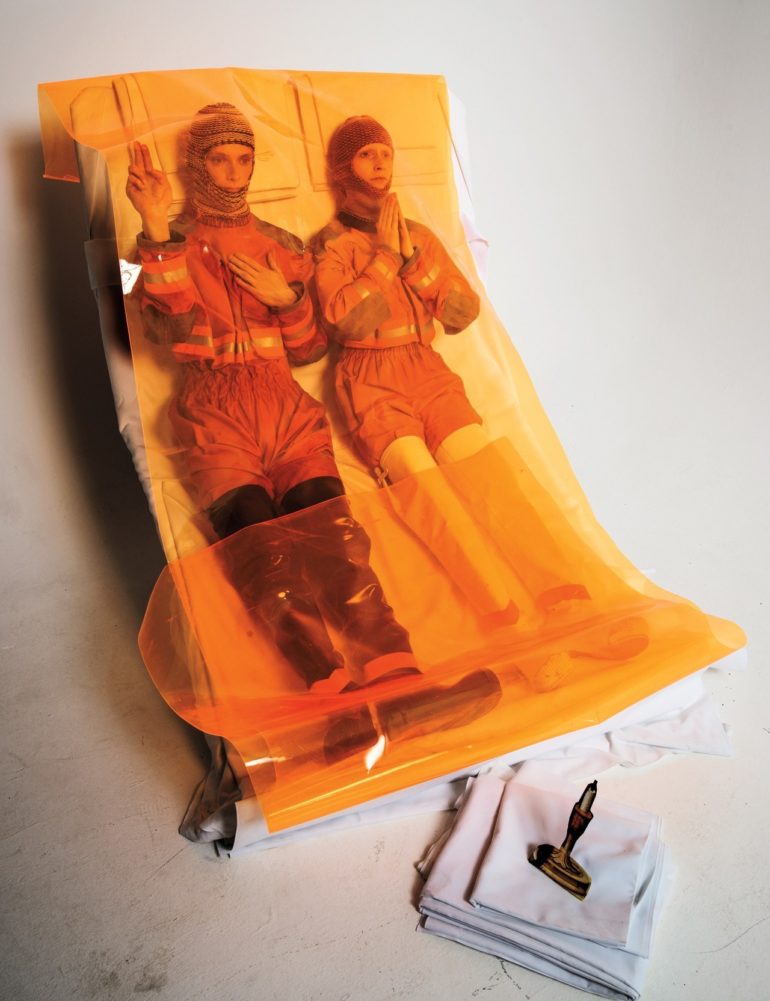 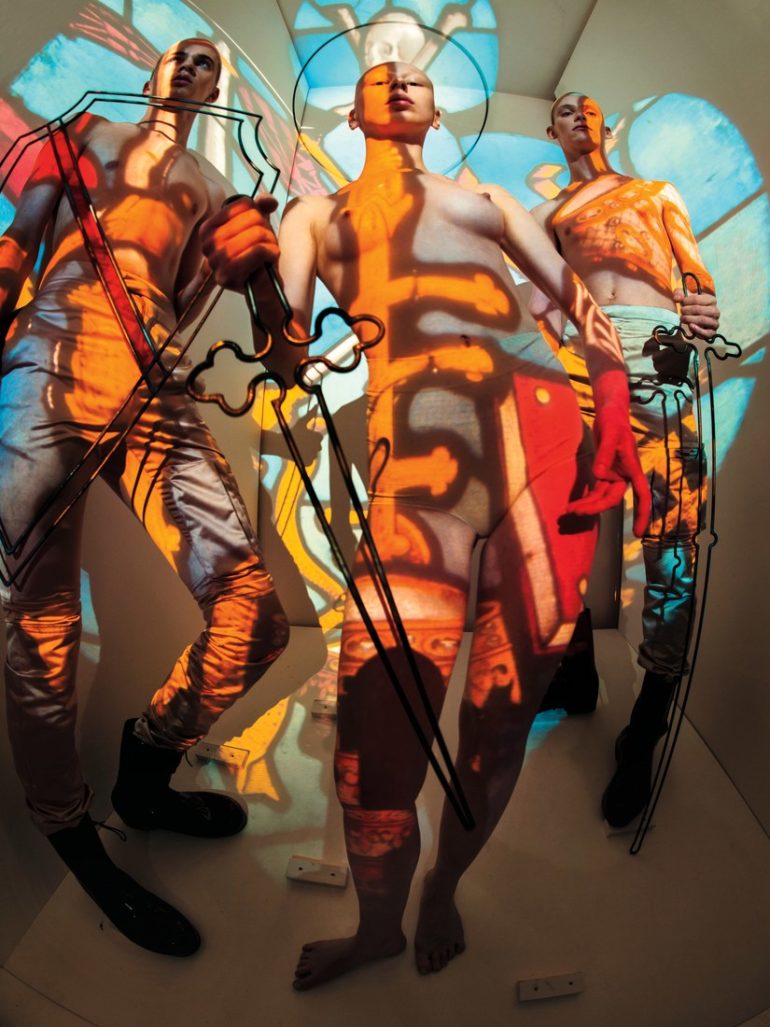 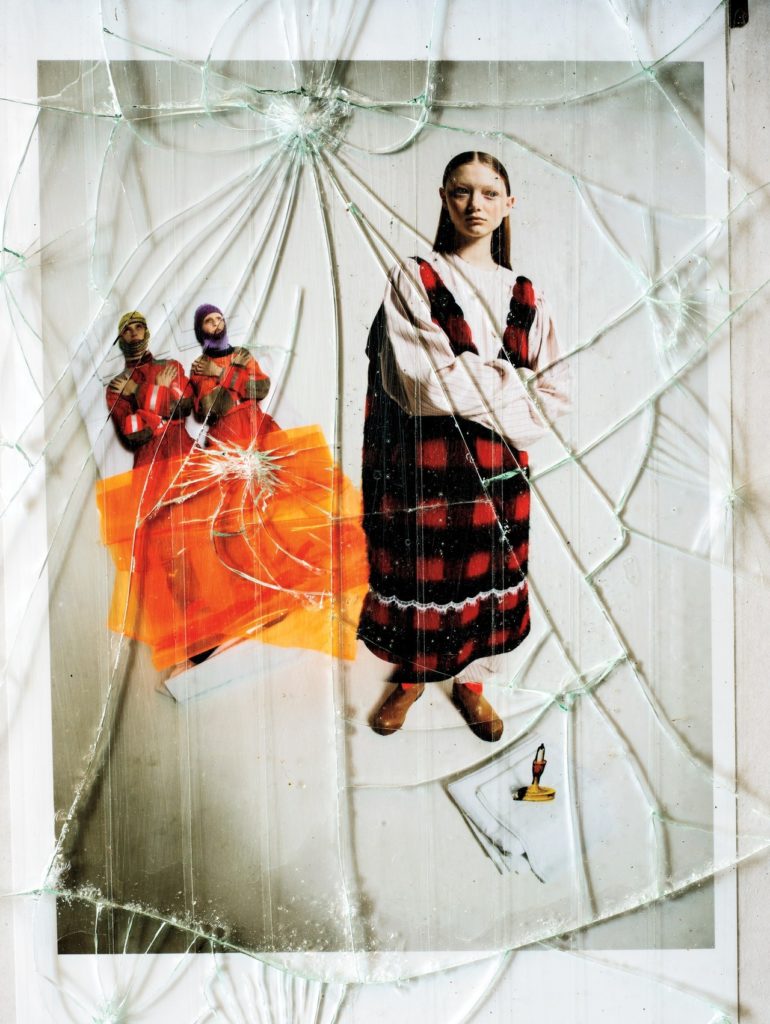 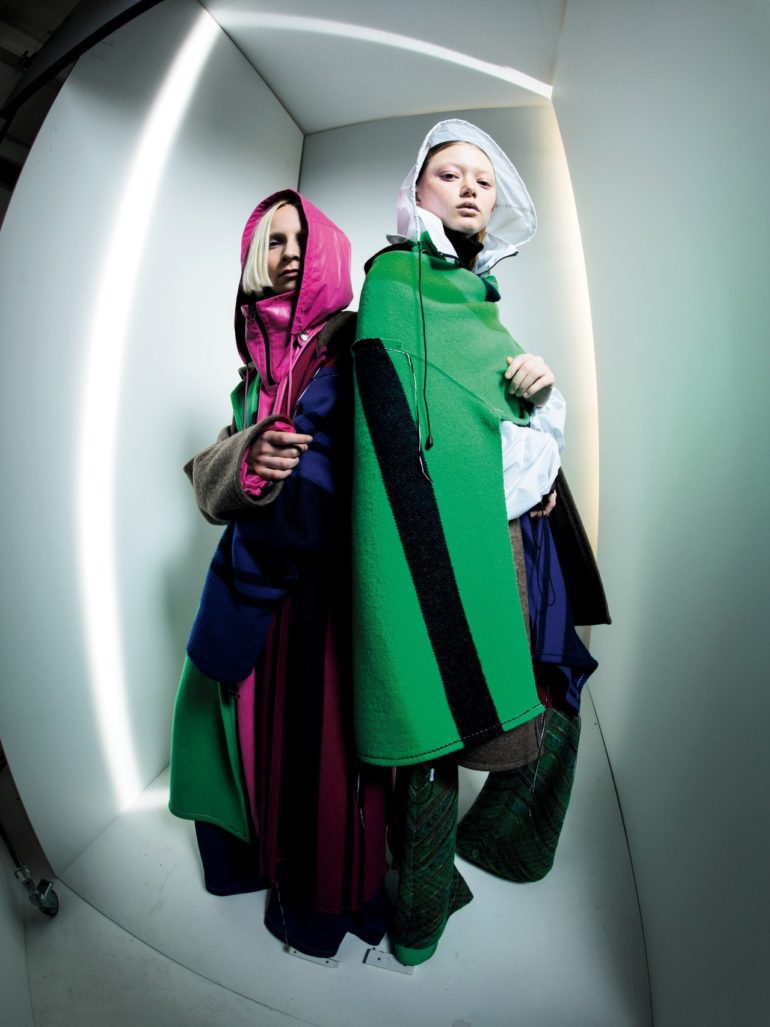 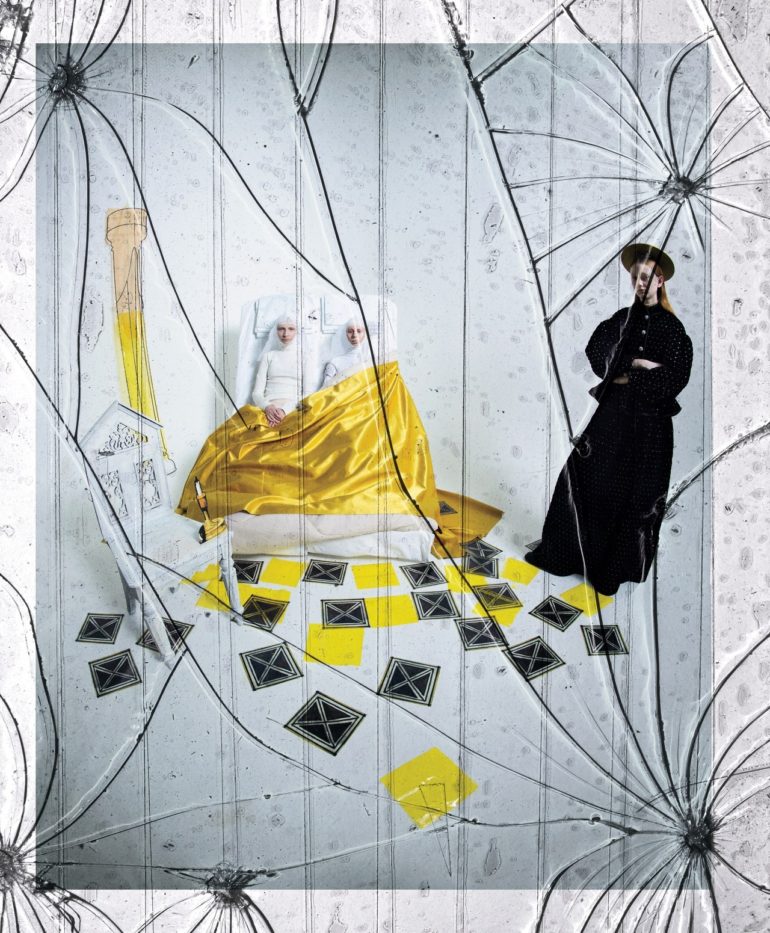 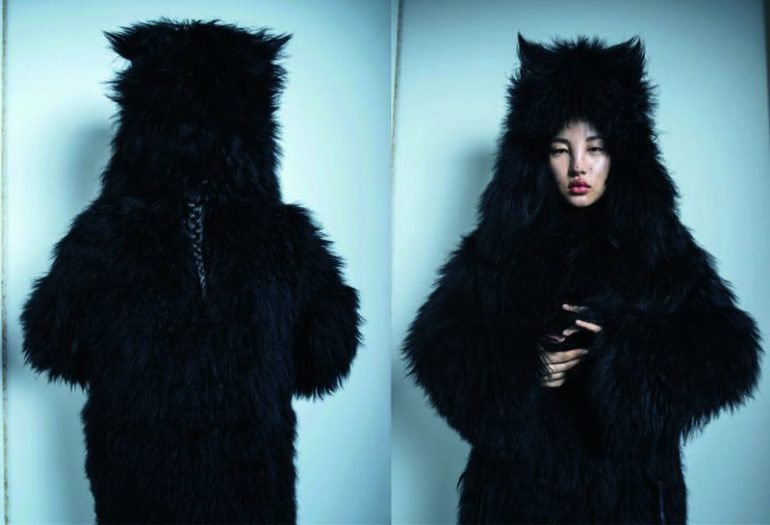 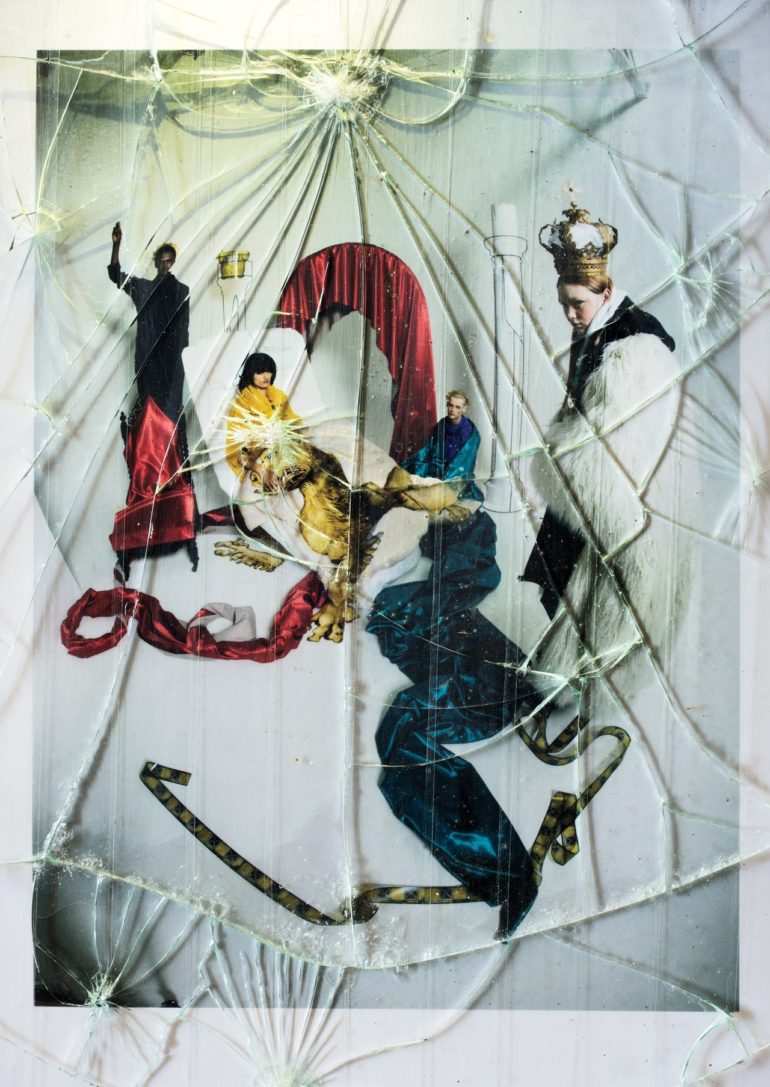